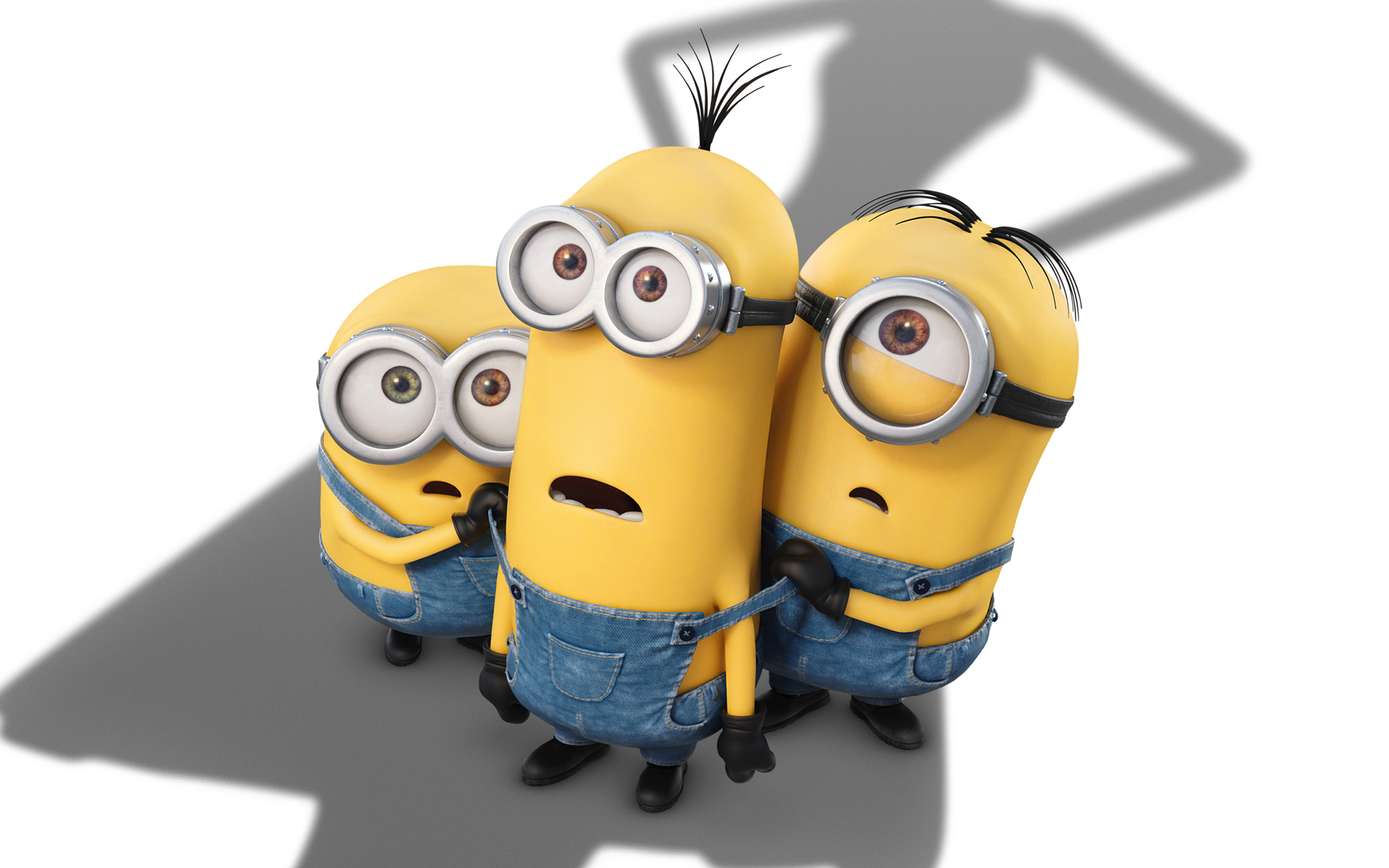 In 2010 we had Despicable Me and its sequel in 2013, now we have Minions taking center stage after stealing our hearts and our humor with their nonsensical blabber and cuteness.

This will be the third movie but for a change of tact the full focus is on these wee sidekicks, going right back before the dawn of time, evolving from a single celled yellow organism.

Minions live to serve the most despicable of masters, with the opening sequence showing us they have served many masters throughout history, from T Rex, Napoleon to Dracula but have been unsuccessful in keeping them as they have all been destroyed by their own hands. When they have no one left to serve they become listless and fall into a deep depression.

But then, one brave Minion hatches a plan.

Kevin who acts out as the leader, with the help of Stuart the reckless rebel and cute little Bob. Together they venture out into the big wide world to find a new evil boss, traveling from Antarctica to 1960s New York city and finally modern London.

Their search leads them to their next potential master at a villains convention, Scarlett Overkill (voice of Sandra Bullock), the worlds first female super villain.

Their adventure begins as Scarlet orders them to steal the crown from Queen Elizabeth II which goes horribly wrong as Scarlett thinks they have deceived her and goes on her own mission to destroy the Minions.

The trio are now faced with their biggest challenge yet in order to save all of Minionkind.

While there are many moments that you have you laughing out loud, it’s all really a bit of silly fun and having had high expectations I felt that yes, it is more aimed at kids and adults may feel a bit mind numbed after 90 minutes of Minions.

To give what is essentially back up characters their own movie was a risk. although it’s a favourable watch, having Minions as the main characters seemed to falter in places.

Whereas with Despicable Me it had the right amount of their cute gibberish in the mix of solid characters and storyline.

I still love the Minions, however feel they work better stealing the scenes as the sidekicks, I don’t think I could watch this multiple times as I have the first movie they debuted in.

Minions is still at the very least, a recommended watch once film.