NOW CLOSED – From the big screen to your screen, Marvel Studio’s Avengers: Infinity War is releasing on DVD, Blu-ray and 4K Ultra HD.

Go behind the scenes of the No. 4 film of all time to gain exclusive access to more than two hours of never-before-revealed details of its unprecedented, ten-year cinematic journey which includes an inside look at the surprising Super Hero pair-ups, deleted scenes and more!

Box office history was made when Marvel Studios’ Avengers: Infinity War shattered all opening records, surpassed the $2 billion mark at the global box office in just 48 days, and remains the fourth highest-grossing film of all time. Now, the cinematic event ten-years in the making comes on the 15th of August, 2018 with over two hours of bonus material.

Marvels’ Avengers: Infinity War is a must-own addition to every in-home film collection and is packaged several ways so that fans get the most out of their viewing experience.

The Blu-ray Edition’s never-before-seen bonus material grants behind-the-scenes access to MCU members and features the memorable moments when characters first meet, the rationale behind some unexpected on-screen pair-ups, and a funny Super Hero gag reel. Featurettes explore the frighteningly powerful Thanos and two action-packed attempts to prevent his collection of all six Infinity Stones: the struggle on Titan and the massive battle in Wakanda. Deleted scenes and filmmaker commentary reveal even more on-set secrets from Marvel Studios’ monumental undertaking.

And for those who wish to catch up on their MCU history, select retailers are also offering bundled packaging as well as individual Digital and Physical releases of Marvel’s The Avengers and Avengers: Age of Ultron. 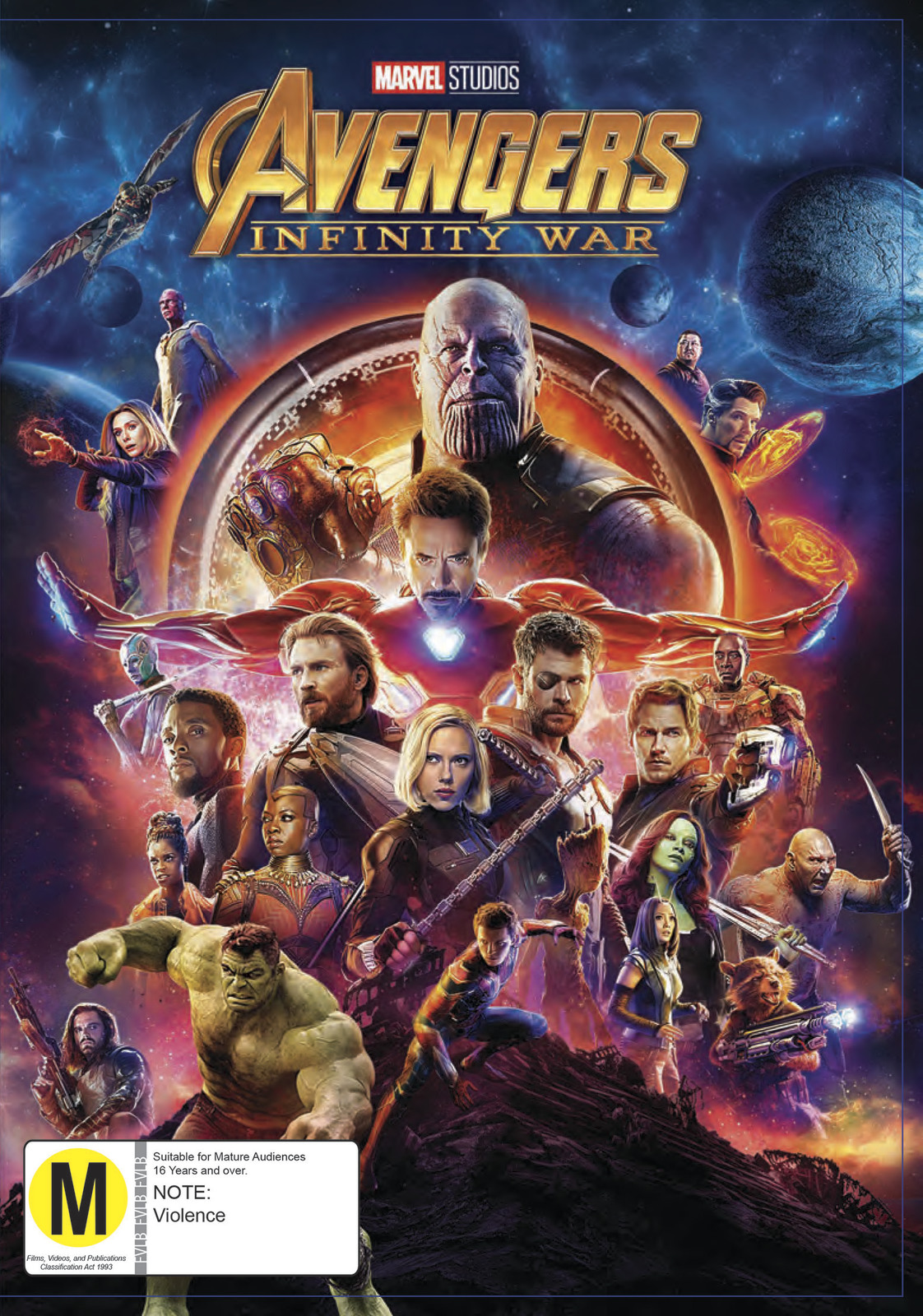 Thanks to our good mates at Sony Home Entertainment, Marvel Studios and Disney STG has FIVE Blu-ray copies up for grabs.

To Enter our Marvel Studio’s Infinity War Blu-ray Giveaway you will need to answer this Question correctly:

•       Strange Alchemy (5:08)– Share the thrill of characters from across the MCU meeting for the first time—and discover why some were teamed up together.
•       The Mad Titan (6:34) – Explore the MCU’s biggest, baddest villain, his trail of influence through the stories, and the existential threat he represents.
•       Beyond the Battle: Titan (9:36) – Dive into the climactic struggle on Thanos’ ruined world, including the epic stunts and VFX, to uncover the source of its power.
•       Beyond the Battle: Wakanda (10:58) – Go behind the scenes to find out how the filmmakers pulled off the most massive and challenging battle Marvel had ever attempted.
•       Deleted and Extended Scenes (10:07)
•       Happy Knows Best (1:23) – Tony and Pepper spar over the details of their upcoming wedding—until a hassled Happy Hogan pulls up with an urgent request.
•       Hunt for the Mind Stone (1:24) – On a darkened street, Wanda Maximoff and the wounded Vision attempt to hide from Thanos’ brutal allies.
•       The Guardians Get Their Groove Back (3:20) – As Peter Quill and Drax quarrel over their failed mission to Knowhere, Mantis interrupts with news.
•       A Father’s Choice (4:00) – Thanos confronts Gamora with a vision from her past—and with lying to him about the Soul Stone.
•       Gag Reel (2:05)– Watch your favorite Super Heroes make super gaffes in this lighthearted collection of on-set antics.
•       Audio Commentary (approx. 149 min.) by Anthony and Joe Russo, Christopher Markus and Stephen McFeely. 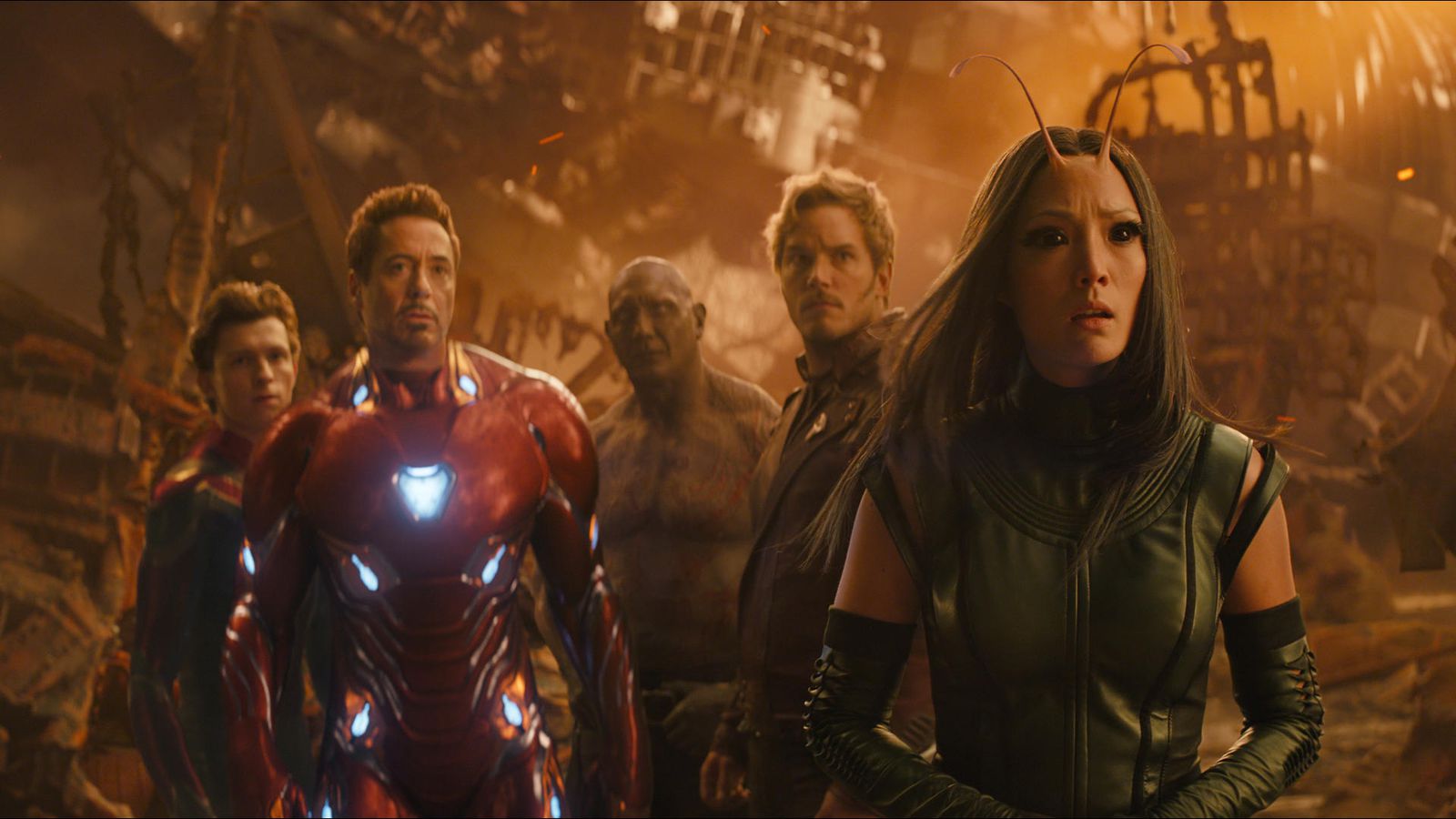 * Winner(s) will be randomly selected from those that Comment below / Facebook Comment / Email in accordance to the above Question.Winner(s) will receive a New Marvel Studio’s Avengers: Infinity War blu-ray. Competition ends on the 16th of August 2018. Marvel Studio’s Avengers: Infinity War is Age Rated M (16+). You MUST be 16 years of Age or older to Enter this Competition. STG may request proof of Age. New Zealand ONLY entries will be accepted.