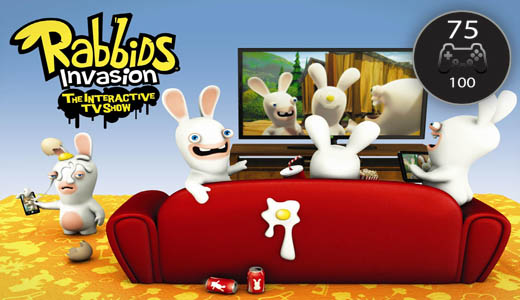 Rabbids Invasion is series of animated shorts produced by Ubisoft in association with Nickelodeon. The cartoons are based on Ubisoft’s Raving Rabbids video games, themselves a spin-off from the classic Rayman franchise.

The Rabbids, themselves are basically foot-high stylised rabbit-like creatures that stand on two legs.

They don’t speak English, they just utter words in their own language, including their trademark “bwahh”. Instead they communicate with the audience via expressions, which the animators skilfully use to instil some amusing, but at the same time darkly comical and sometimes vicious, personalities. 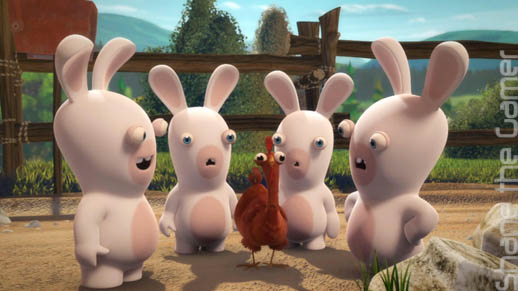 Above all, though, Rabbids are stupid creatures, their morally questionable motives getting them into some slapstick situations that work on two levels, appealing to kids and adults alike.

Rabbids Invasion: The Interactive TV Show takes twenty episodes from the TV show and splices in a number of interactive sequences. A Kinect or PlayStation Eye camera is needed for the game as the activities are entirely motion controlled. 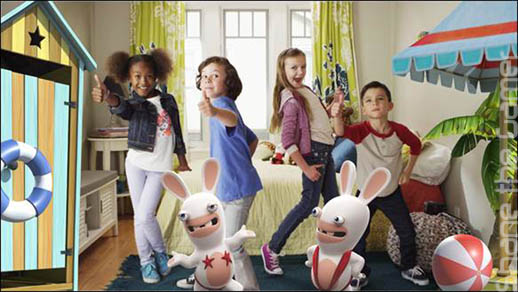 The game can be played with up to four players on the Xbox One or two on the PS4 and Xbox 360.

I’ve had bad experiences with the Kinect not recognising kids with past motion controlled games (yes you, Kinect Disneyland Adventures), but Rabbids Invasion worked perfectly.

I was playing the game with my five year old lad, when my three year old wanted to join in. Without any provocation the game simply added him in, putting his little live-action portrait up alongside the two of ours. 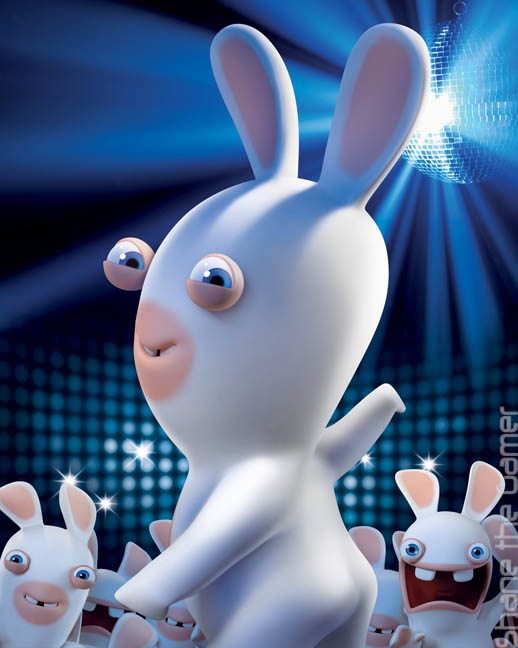 These activities involve looking for and pointing at objects, running and jumping to catch things and shouting. As clichéd as it sounds, this is a game that the whole family can play.

This is a package that is going to appeal more to three to six year olds, it also affords mum and dad the opportunity of looking silly in front of the kids.

Whilst competitive players can set out to beat the rest, when the chapter is finished everybody gets declared the winner, which is kind of nice and made my three-year-old happy.

I found the Rabbids Invasion episodes very amusing, the foolish and somewhat selfish antics of the Rabbits appealing to my sense of humour. The activities have been intelligently spliced into the animations in a way that makes sense. I wouldn’t go as far as to say that the game was much of a learning experience, but the interactive element at least makes the players move about a bit.

The visuals are great, the Rabbids Invasion cartoon being expertly animated and the complementary graphics for the interactive elements being of a similar standard on the Xbox One. 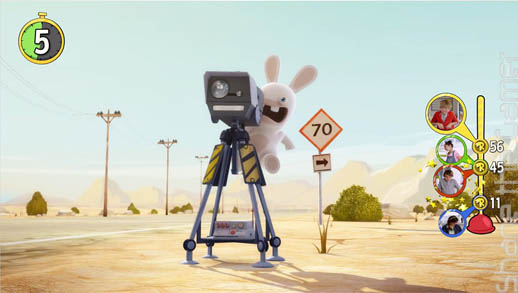 The episodes are unlocked as you play through them.

After completing the first one it took a while to find the next in amongst the game’s slightly confusing front end. The episodes are arranged in different selectable areas on a screen that’s so cluttered it’s really difficult to navigate.

In amongst the messy menu screen there’s an easily clicked link to the store where players can buy more episode (although one bonus episode can be downloaded for free). 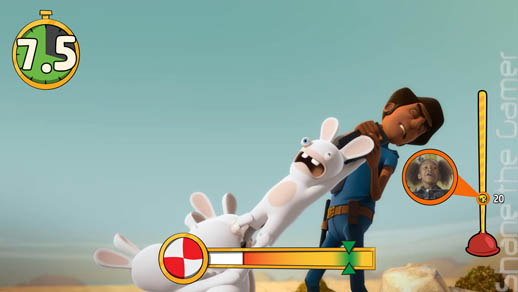 The first episode pack is out now but, as always, the season pass is probably the best way to go giving a further fifteen episodes for AU$19.95.

Each episode takes about ten to fifteen minutes, so it’s not the longest game out there. The Rabbids are adorably stupid and their miss-adventures so fun to watch, kids are likely to want to play through the episodes time and time again. 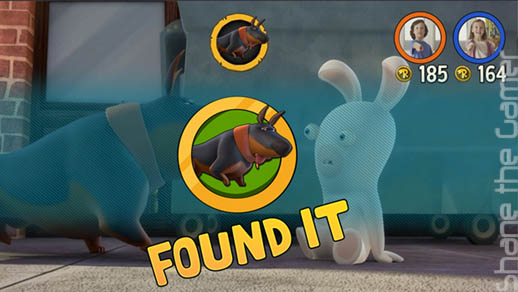 Rabbids Invasion: The Interactive TV Show is a great example of bringing a TV show to life in a video game. It’s the most seamless integration of the Kinect experience that I’ve come across.

It works with no fuss, which is exactly what you need in a game designed for kids. It got my kids, who will happily vegetate in front of the telly for as long as I let them, onto their feet- running, jumping and thinking about what they are watching.

It’s not really a game aimed at adults, but, if you are looking for a game that you can play along with your kids I’d recommend Rabbids Invasion.