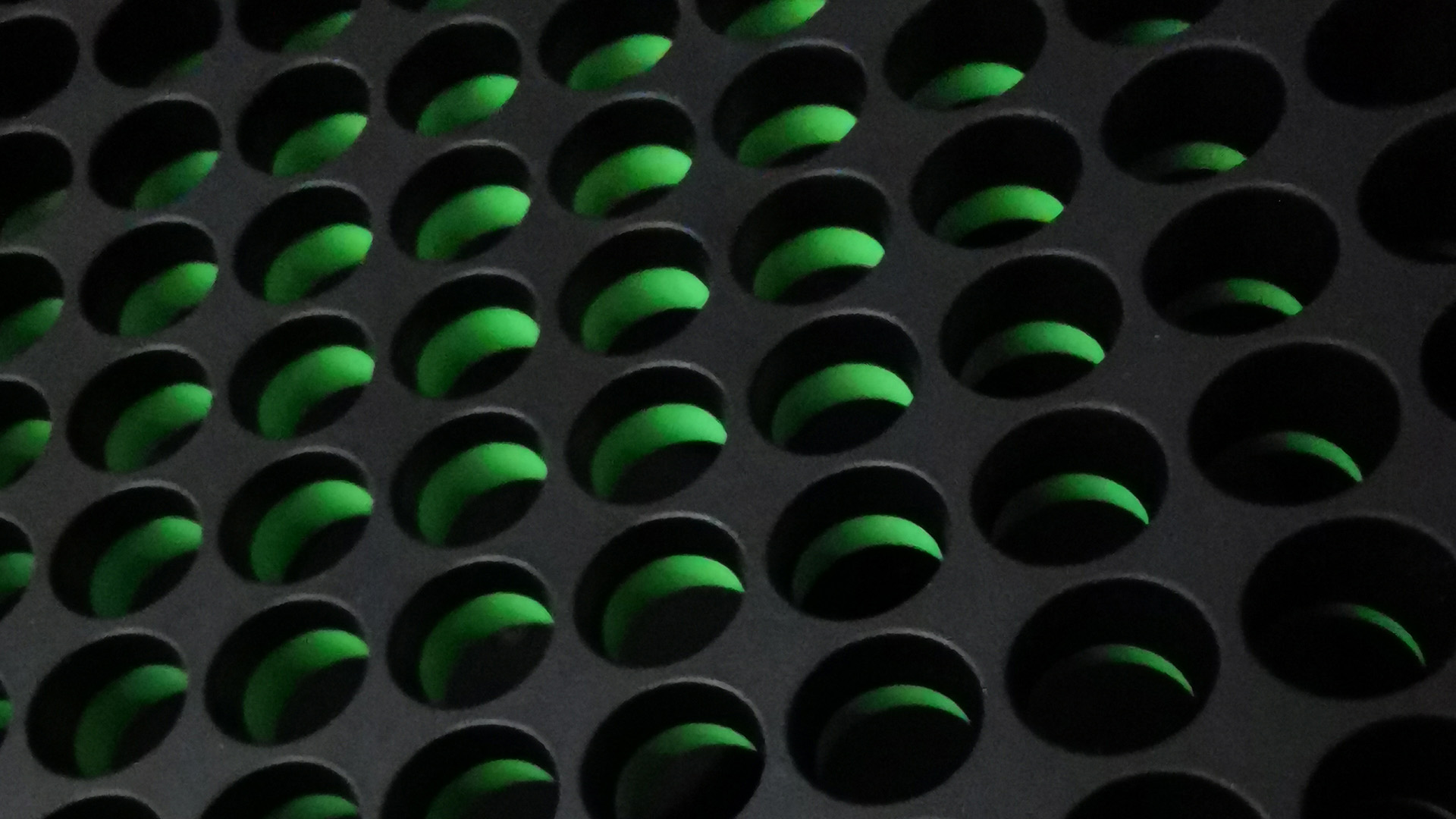 Days away from the next generation of console gaming, we can finally spill the beans about the Xbox Series X.

Reviewing new products in the video gaming space is a funny old game in itself.Strict embargos and NDAs ensure a steady stream of similar takes, carefully timed by PR people. And why not. As tech journalists, we have no special entitlement to early access to these products. The symbiotic relationship between PR and journalist should be one of mutual respect and understanding. It’s in the best interests of the manufacturers, journalist and you, the reader, that this relationship is kept professional.

I was sent an Xbox Series X a week ago and whilst I was able to post an unboxing, that was it. I could add nothing to it other than my observations of a load of inanimate objects and the packaging- same as everyone else.

With that embargo lifted, I am now free to discuss the Xbox Series X at length. And, to be honest, this has been an interesting review to write, for reasons I will discuss a bit later. 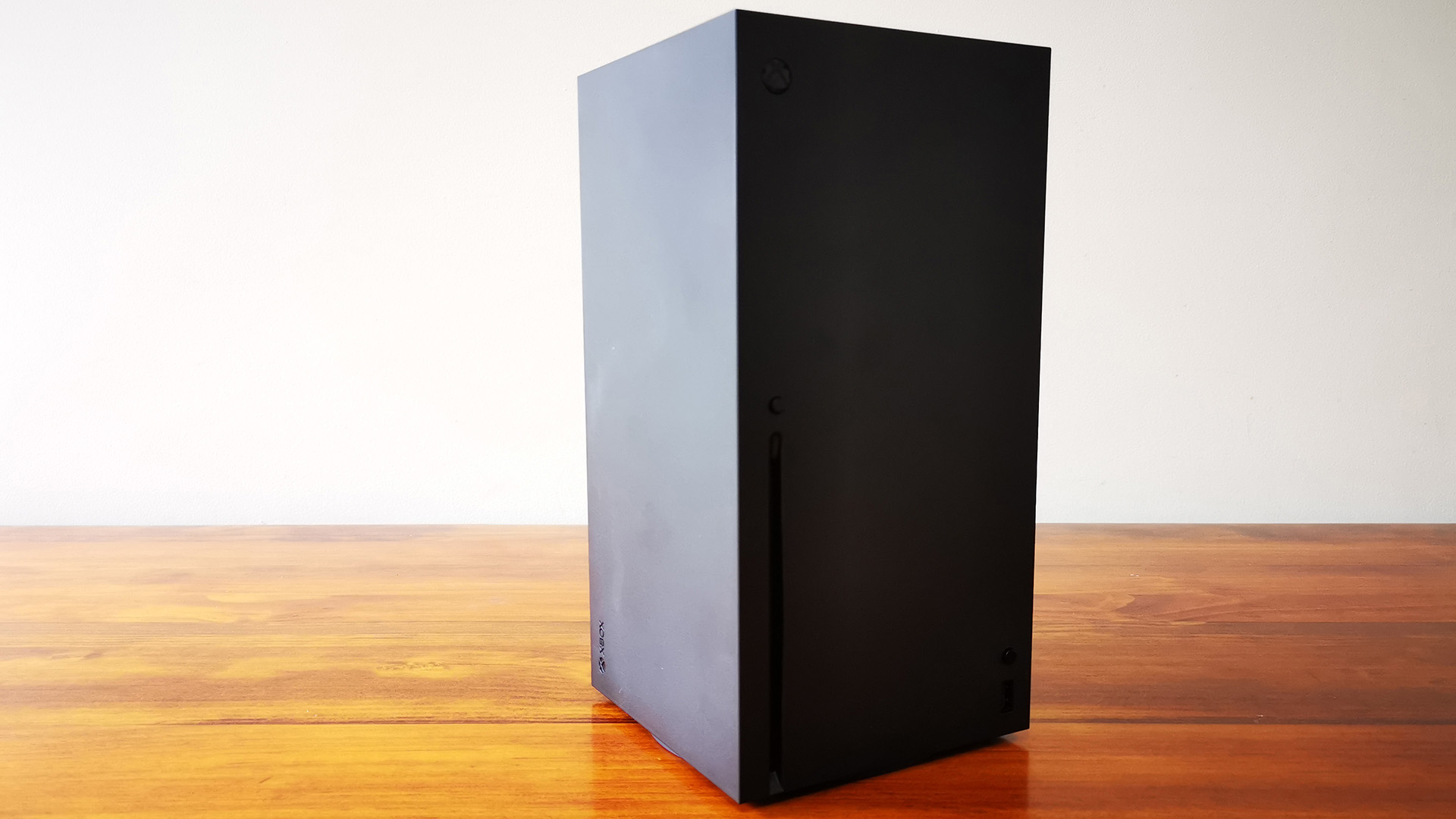 The Xbox Series X, itself is the bigger brother of the two new Xbox consoles. The Xbox Series S is a white smaller unit with no disc drive and slightly less powerful. It’s a console aimed for play at 1080p. The Xbox Series X is gunning for 4K gaming with, at least, 60 frames-per-second, but up to 120fps on a compatible display.

The console is rectangular and made from matt black plastic. At each end are vents for cooling the device. Unlike the Xbox One, the XSX has the power supply unit built in. This makes it a rather heavy unit. It also gets rather hot.

The Xbox Series X when positioned vertically is part console and part cooling tower. The fan at the top (or right side, if horizontal) unloads a lot of heat from the device’s internals. Don’t block it. As tempting as it is to place a spare controller over the cleverly designed green-tinged vent, I don’t recommend it. I’d also refrain from placing the unit on the carpet, unless you want to use it as a vacuum cleaner sucking all your dust into the expensive console.

The new console has a new controller that looks a lot like the old controller. I’m told it’s slightly smaller, but I can’t see it. There’s an extra button on the front for sharing video and screenshots, rather than mess about with menus. I’d have liked to see a couple of extra control buttons, like the Elite, on the new standard controller.

The Xbox Series X comes with an HDMI 2.1 cable, essential if you want to utilise the console’s 4K/120Hz capabilities. Unlike the Xbox One, there’s just the HDMI out and no HDMI in.

Networking is provided both wirelessly and via Ethernet. There’s an RJ45 socket on the back of the device. The wireless capabilities get a bit of an upgrade from the Xbox One to Wifi 5 (802.11ac).

The console has three USB 3.1 Type-A sockets. This is a bit disappointing. I’d have expected the console to have at least one more modern USB Type-C socket. I’d have preferred a bit better future-proofing with an USB 3.2 Gen 2×2 socket for ultra-fast external NVMe drives, as well. 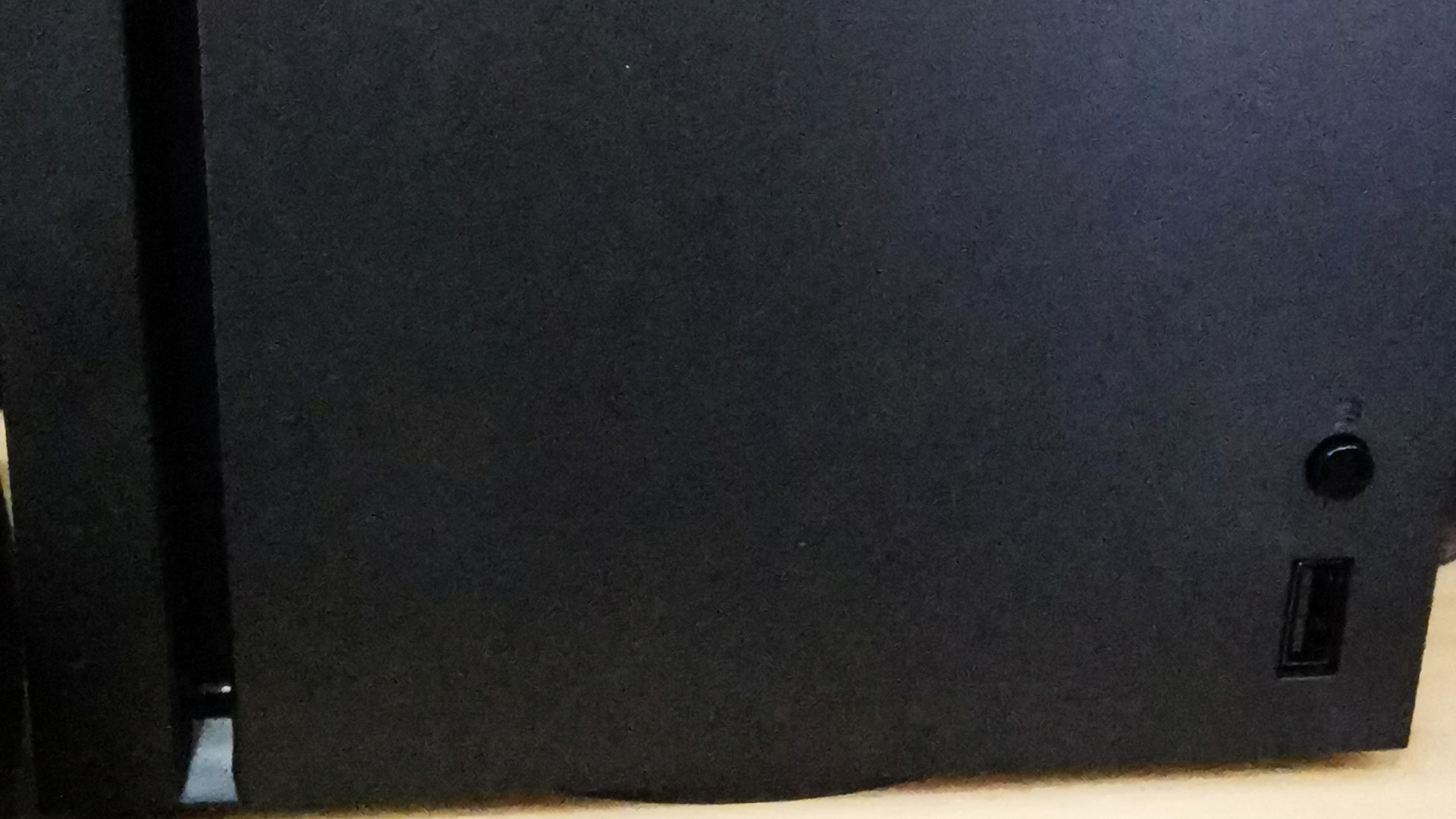 Overall though the new console looks good and quite stylish. The rectangular shape looks particularly impressive standing upright, but the clean lines make it very nice positioned horizontally, as well. The size of the unit may make it too big to be positioned in a small TV cabinet, however.

Switching the console on for the first time I was met with a new start-up sequence before being confronted with a dashboard identical to that of the newly updated Xbox One’s. Whilst one could say don’t fix what’s not broken, as much as I love the Xbox One, the dashboard is an absolute mess.

This is the same way that PC gaming works. It’s all PCs are based on the same forty-year-old IBM-PC architecture, but continuously getting upgraded. This is why PC gamers can play games from decades ago on their brand-new PCs. This is also the reason why the Xbox Series X can play Xbox One games, as well as OG Xbox and Xbox 360 games adapted for XB1 backwards compatibility. 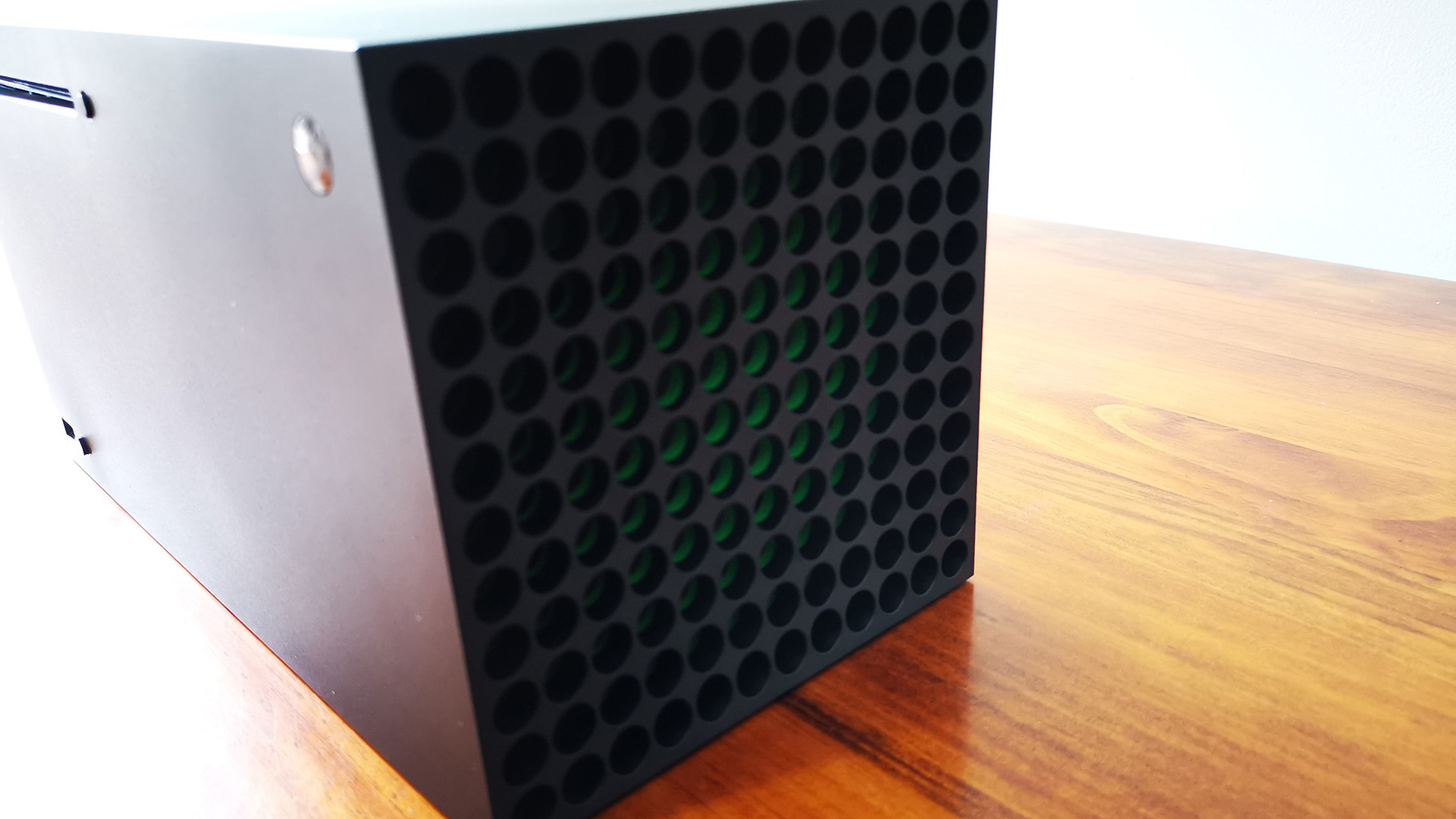 This scalable architecture means that we are unlikely to see exclusive Xbox Series X/S games for a while. But, whilst we may be playing the same game on an Xbox Series X than an Xbox One, we will likely be doing so at a higher framerate, higher resolution and with better textures, particles and lighting effects. The great thing about this is that these enhancements can be done retrospectively. With existing games getting spectacular makeovers. This means that day one, most Xbox gamers will find that they already have some Xbox Series X Enhanced games in their collections.

The Xbox Series X allows player to continue to enjoy their favourite games, some all the way back to the original Xbox. I tried a couple of my favourite Xbox 360 games on the Xbox Series X, both gave me visuals not far off those of a new game release, a far cry from their original graphical fidelity.

Red Dead Redemption looked stunning. Already enhanced for the Xbox One, the Xbox Series X added HDR, automatically, to the ten-year-old game, making it look as good as new. Another game, the original Forza Horizon, also looked stunning in 4K HDR, offering the smooth visuals you expect from a modern racer. 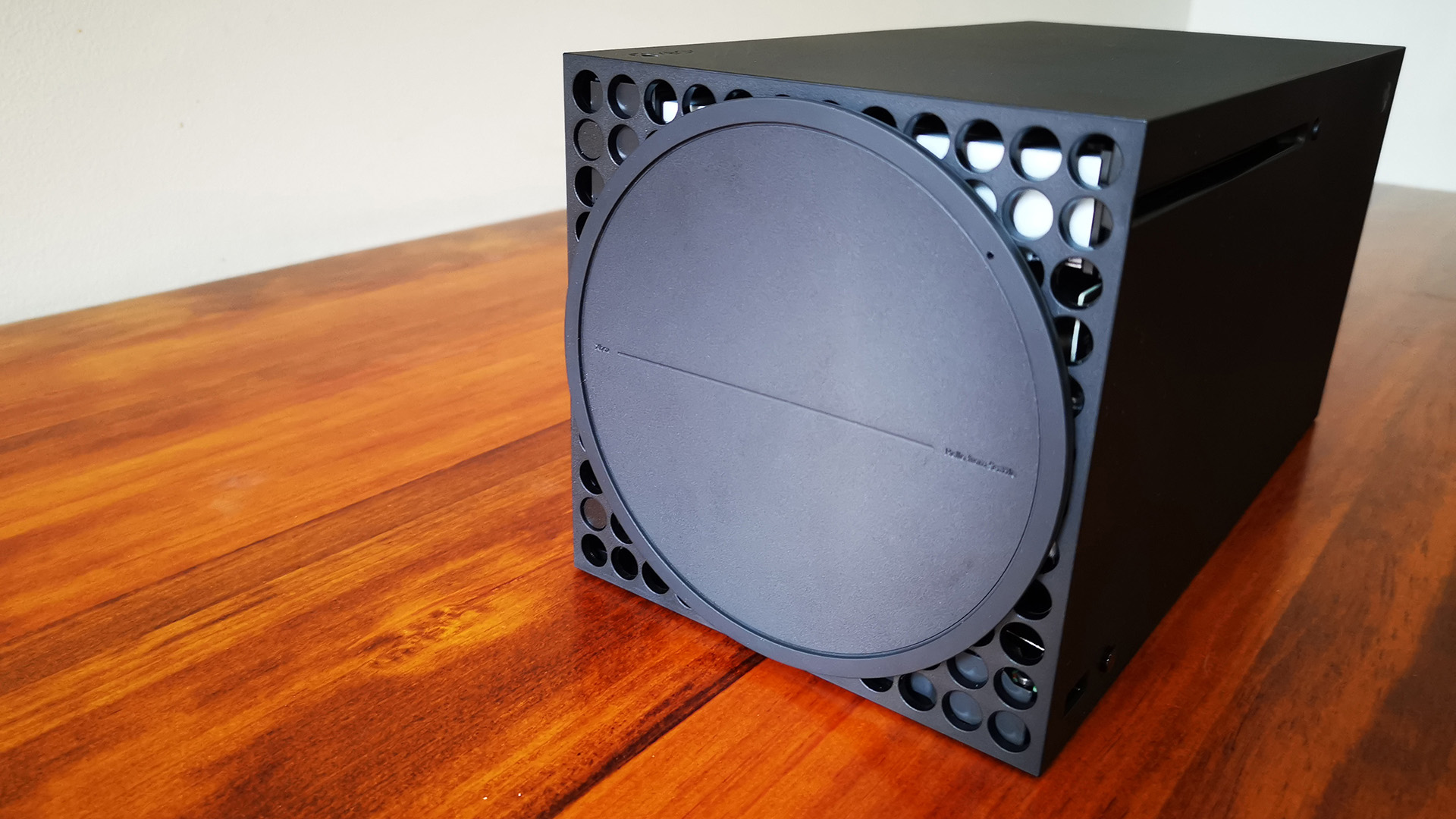 Adding HDR to old Xbox 360 games, already automatically polished up to 4K, gives games that would ordinarily be showing their age a new lease of life. It’s great to revisit old games and play them without the distraction of dated visuals.

Even Grand Theft Auto: San Andreas from the original Xbox looked and played the best I’ve seen it. Three generations of backward compatibility on one console.

The review console included a number of game codes for titles that are, or will be enhanced for Xbox Series X. Unfortunately, only a handful of the games are actually available before the launch. So, I am left to review a new console with the following games, enhanced for Xbox Series X: Forza Horizon 4, Gears of War 5, Ori and the Will of the Wisps, The Touryst, Gears Tactics, Sea of Thieves and Yakuza: Like a Dragon.

I’ve played each one of these games on PC, as well. My hot take is that the visuals of these games running on Xbox Series X is on par with that of a high-end PC, with the added bonus of, in my case, HDR and a 4K display as opposed to a 1440p monitor. With a compatible TV, Microsoft is suggesting that some games will be capable of 120 frame-per-section at 4K. But I can’t see that without a lot of visual compromise. 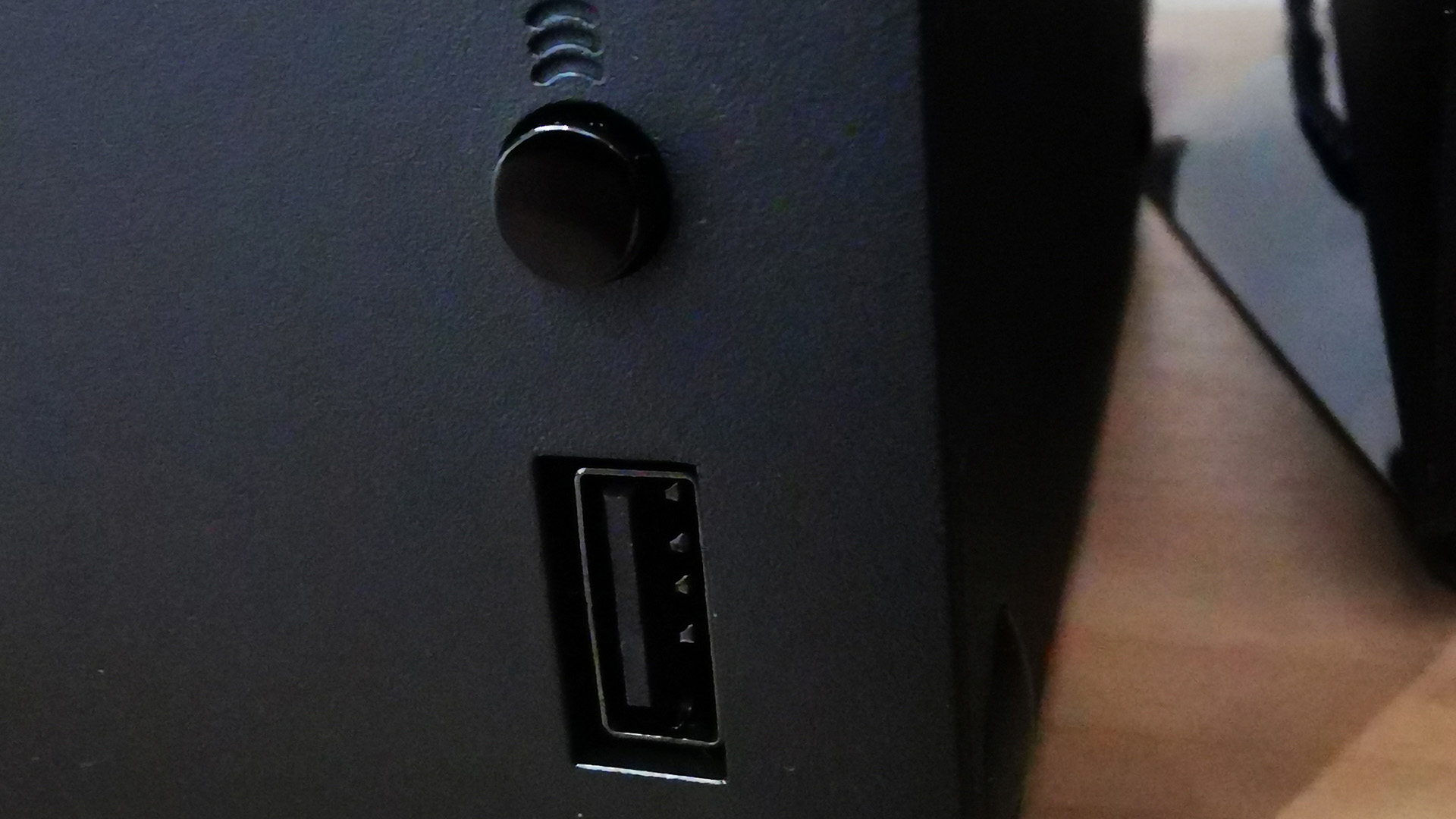 Much has been said about the fast loading times afforded by the Xbox Series X’s 1TB NVMe internal solid-state drive. I can confirm that games load a lot faster. For instance, Forza Horizon 4, a game that can take up to two minutes to load on an Xbox One had me going from the dashboard to burning rubber in 45 seconds.

Another much discussed feature of the Xbox Series X is the quick resume function. Compatible games can be quickly started up to continue where you left off, even if you’ve been playing another game. The near instantaneous loading means that the console must stash the memory state somewhere for immediate access when requested. I got a few games to work in quick resume, but it seems a bit hit and miss and needs some work. Some options on what games to save this way would be good. I’d assume that this function works for disc-based games as well, as the whole game is installed on the hard drive. It also works for games stored on external drives.

About that internal drive situation.

The internal drive is a physically inaccessible, unreplaceable/un-upgradable high-speed SSD designed to work with the Xbox Velocity Architecture. Whilst much better, in a way, than the traditional hard drives of previous consoles, it is a double-edged sword. NVMe drives, especially the proprietary expansions used by Microsoft are expensive. The 1TB that you get with the console will hold 15-20 decent sized games at the very most. 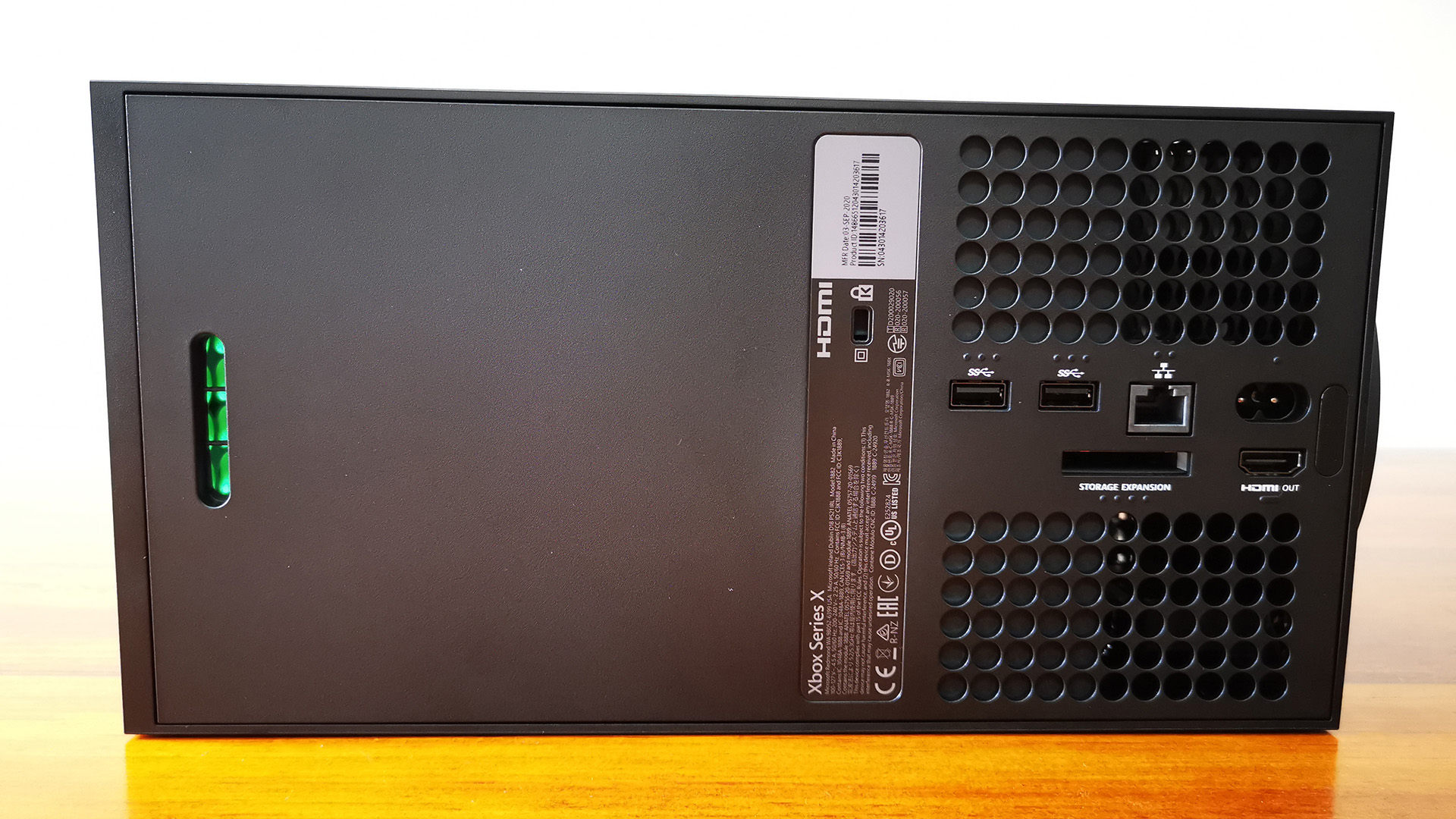 The 1TB internal drive situation is really the same deal as the unreplaceable Xbox One drive. But, at least with the Xbox One you could use regular USB external hard drives to install your games on. You can still use a USB external drive with the Xbox Series X, but only for Xbox One and backwards compatible games. The Xbox Series X/S versions need to be stored on the internal drive, although they can be archived to an external storage device. It’s worth investing in a decent external SSD.

There is a slot on the back of the console for a storage expansion card. These are PCIe 4.0 NVMe drives, the same as the internal drive, that can be used to increase the storage capacity for Xbox Velocity Architecture enabled games. I’ve not tried one, but I can see these being essential purchases. $350 nets you another 1TB of this super-fast memory via the Seagate storage expansion. But that’s still not much-especially considering your Game Pass gives you access to 100+ games.

All your favourite streaming media apps are downloadable from the store such as Netflix, Disney Plus etc. Previously purchased Xbox One content will be there waiting for you to download on the new console. Owners upgrading from the Xbox One will really be hitting the ground running in being able to play all their old games.

This is an odd review to write as I’d like to tell you just how good Assassin’s Creed Valhalla looks on the console, or even NBA2K20. But I can’t. As yet all the games that are likely to really push the visuals are not available until the release day. What few are available, seem to still be awaiting the patches required to unlock the next-gen enhancements. This is the same for all reviewers, so if you read anyone waxing lyrical about the new next-gen game releases before the 10th, I’d take it with a pinch of salt. But, from what I’ve seen so far, the Xbox Series X is going to deliver. In any case I will likely revisit this review once I’ve checked out a few of the Xbox Series X optimised games next week.

This is about the most mature next-gen console launch that we have ever had. The Xbox Series X embraces scaled architecture. It is this that has allowed PC gaming to evolve and adapt to new technologies without dismissing the great content that has gone before. No longer will we be forced to dust off old devices to play the classic games that we love. Our collection will come with us as our consoles improve. Whilst this may lack the pomp and ceremony of new hardware and new exclusive games, being able to dive into a massive game library on day one is unprecedented and rather wonderful.

The Xbox Series X is a next-generation console that embraces the legacy of Xbox. Rather than brushing away all that has gone before, this new console builds upon and improves upon the Xbox One in every way. This is the Xbox of the future. 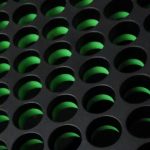 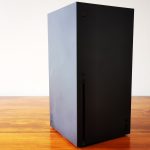 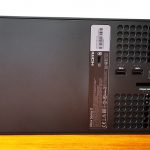 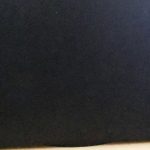 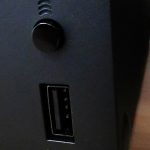 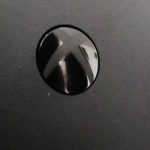 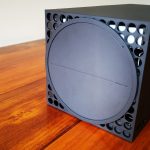 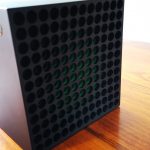