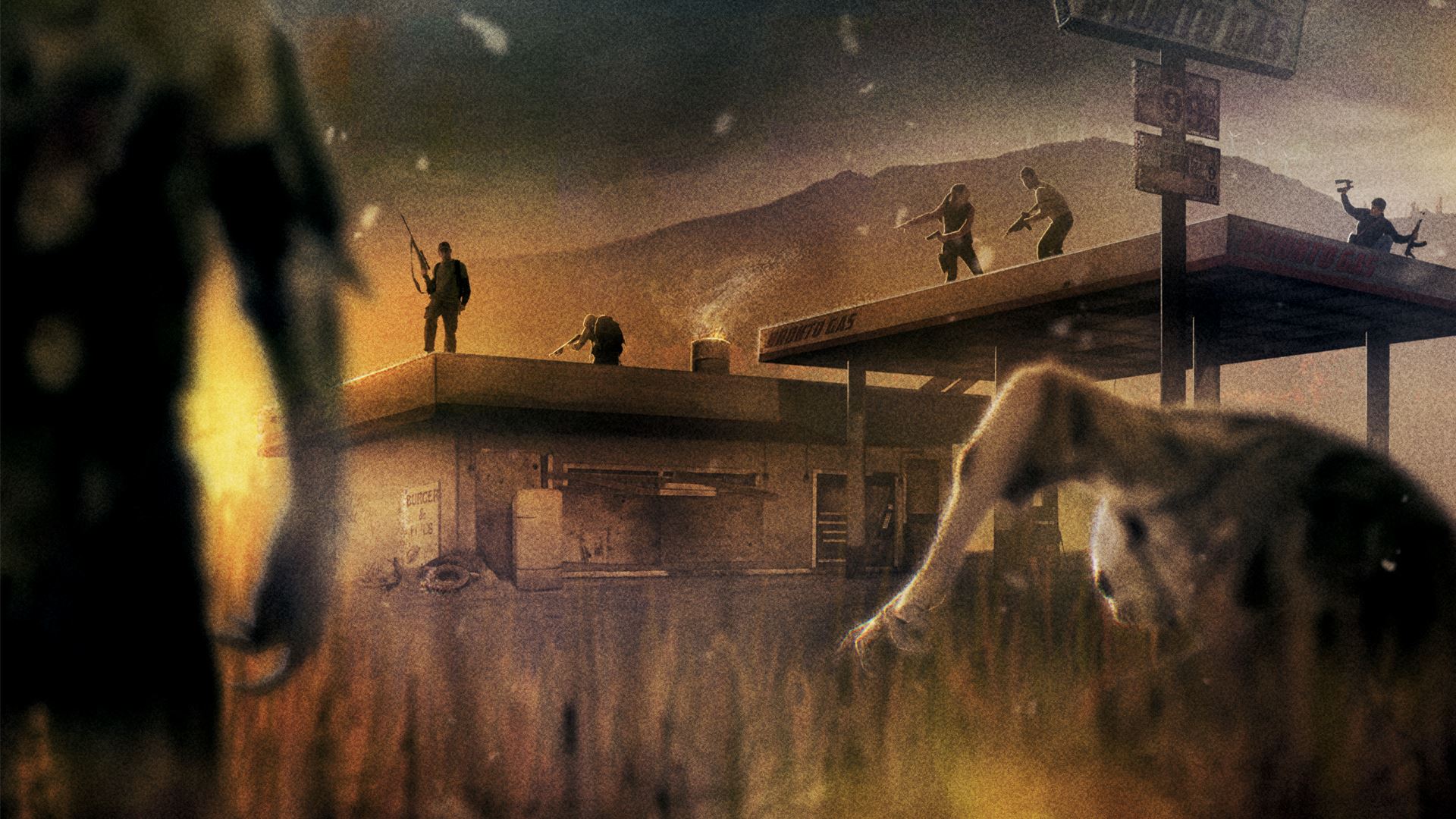 State of Decay: Year One Survival Edition is one of the most “2015” games you can play. A visually improved re-release of the original 2013 Xbox 360 title, and a survival zombie game set in an open world, it ticks all the boxes for what we have come to expect from games this year.

It joins a host of re-releases on Microsoft’s platform, including exclusives such as the much-maligned Halo: Master Chief Collection and a rumoured Gears of War re-release, in addition to multiple third party games such as Diablo III: Reaper of Souls and Tomb Raider: Definitive Edition.

As the re-release virus continues its spread, can State of Decay break through the hordes to make its mark? 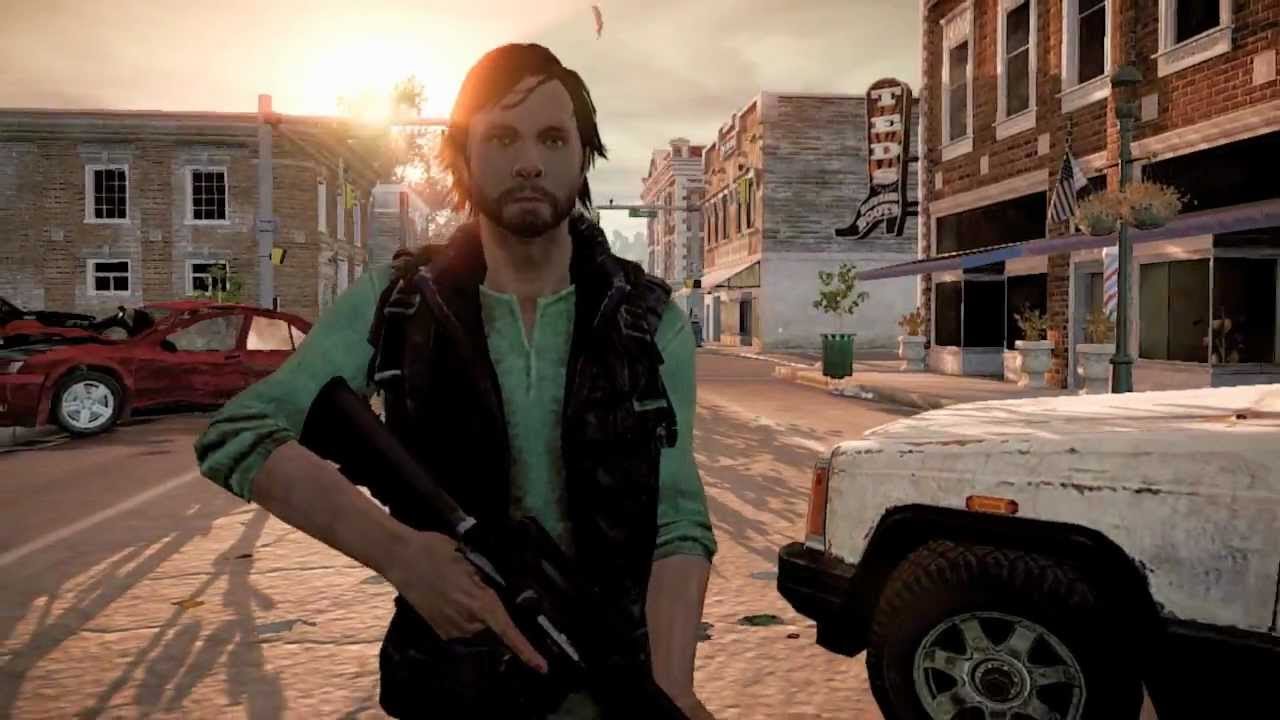 This edition of State of Decay is an updated version of the 2013 title that became known as the fastest selling title to reach one million in sales on Xbox Live Arcade.

In all it represents a substantial graphical upgrade from its predecessor, though it is still obvious that it was designed for a previous console generation and unfortunately still suffers stutters and frame-rate dips below 30fps in certain area. 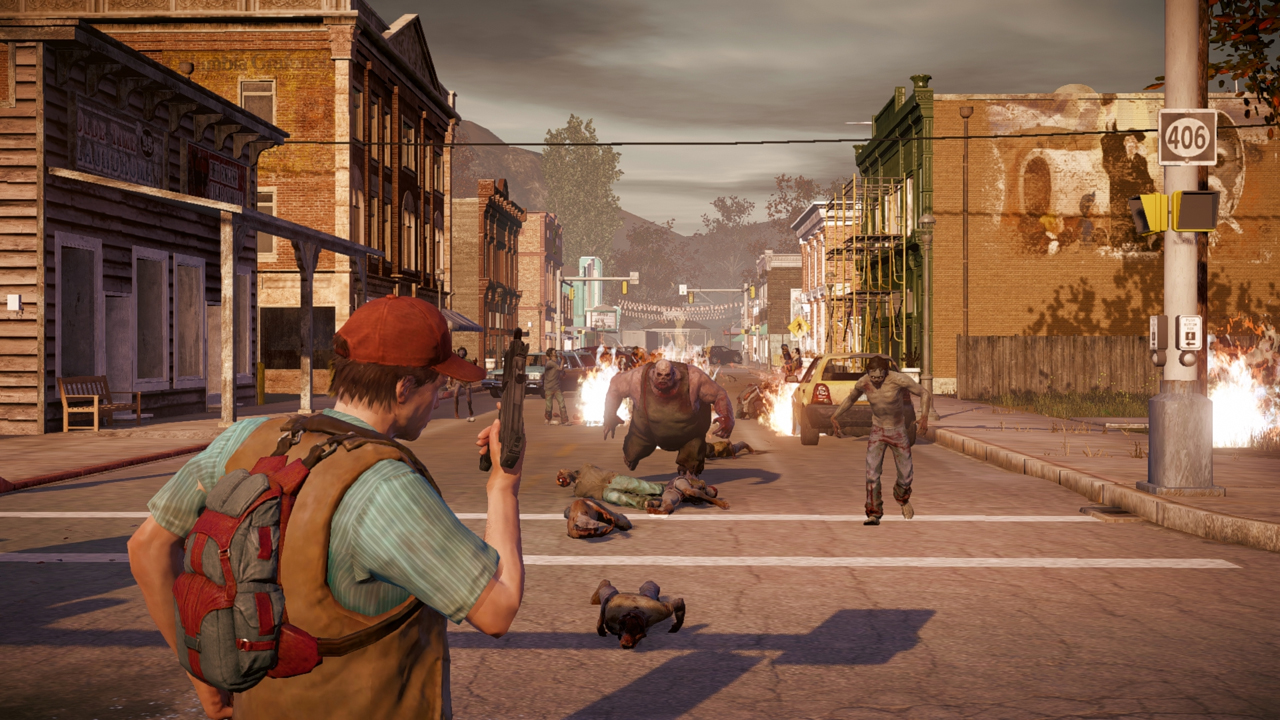 The new edition also includes two major DLC packages: Breakdown and what amounts to effectively a whole new military themed campaign in Lifeline, in addition to online migration from Xbox 360 to Xbox One and a discount if you already own the original game on 360.

It adds up to a sincere attempt by Microsoft and Undead Labs to bill this as “not just another HD remaster.” 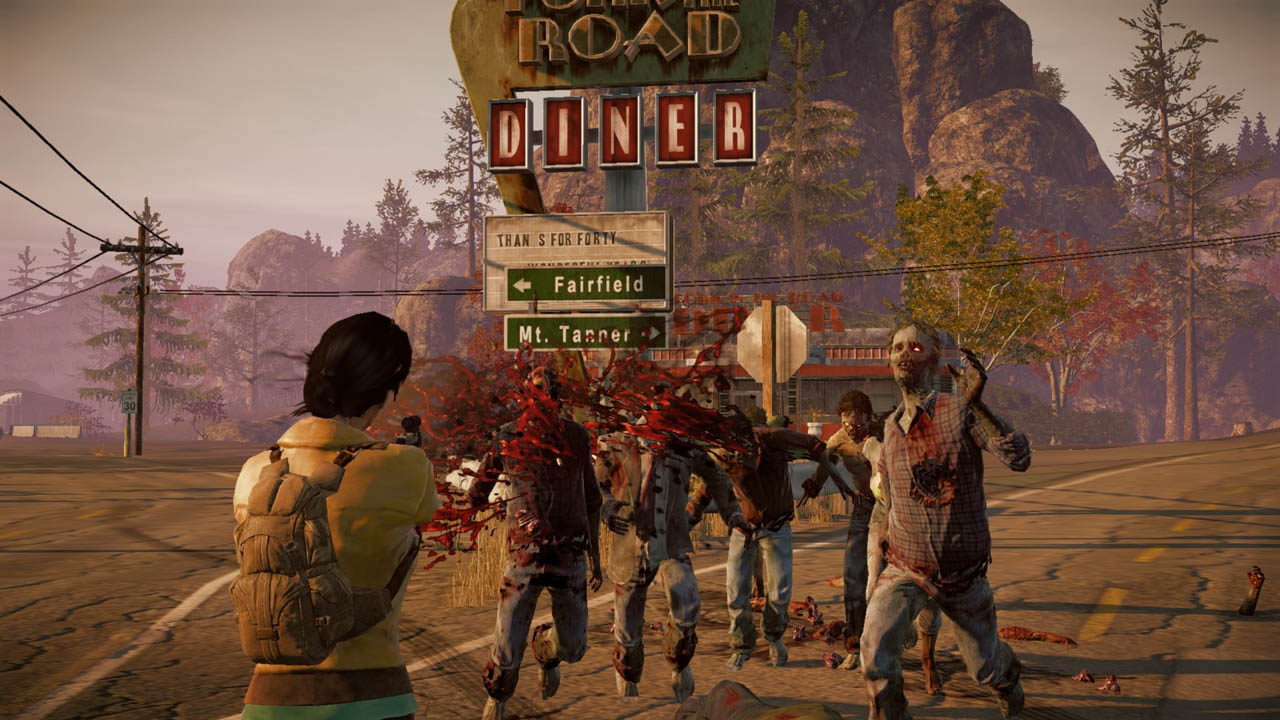 At its heart, State of Decay is an open world survival game in the same vain (except for its single-player nature) as DayZ, H1Z1 and many others.

With a brief tutorial-like mission, your initial characters discover the world has changed dramatically since their return from a jaunt in the countryside. Zombies have taken over and survivors desperately attempt to hang onto what they can.

Fortunately, the well-worn (and frankly unimaginative) zombie story is not a prominent feature of this game, and once you are set loose in the city of Danforth and surrounds the game begins to show its true colours. 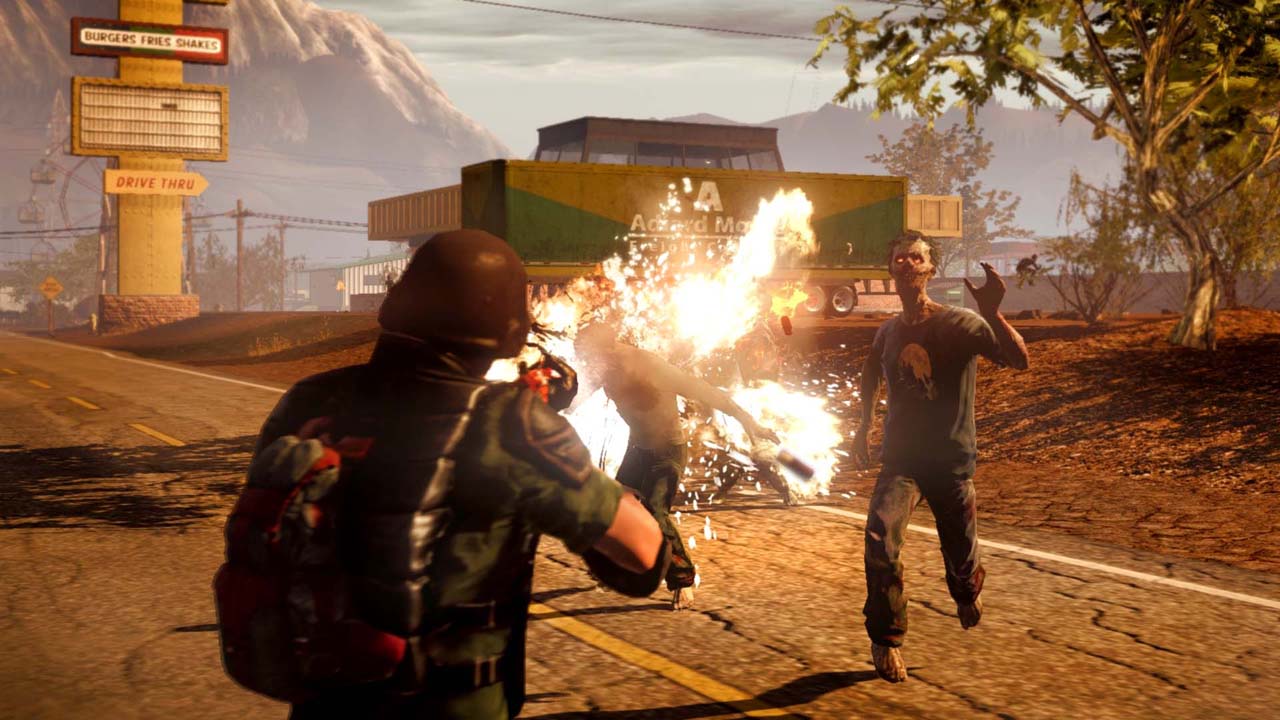 Your time in Danforth will revolve around scouting for limited resources, building bases and communities of survivors to befriend.

Situational awareness is therefore vital. Luckily, lookouts are relatively common throughout, allowing you to spot especially tough enemies such as a SWAT zombie, see where resources such as food or a vehicle may be and discover potential new hideouts. Understanding where these are is vital. 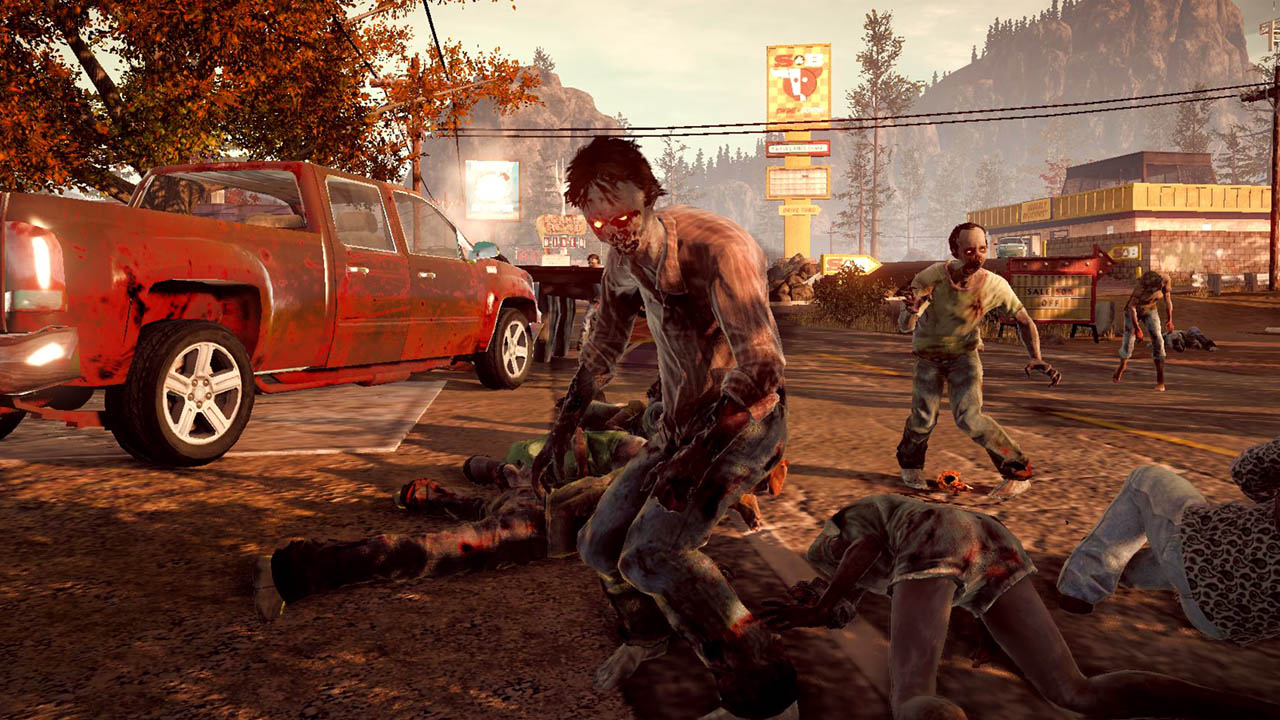 Avoiding enemies and getting what you need for you and your buddies to survive one more night is at the heart of the game.

The communities of survivors though are the key to what makes State of Decay special. Resources such as food and enemies are handled competently (head-smashing animations are especially satisfying), but it is the other survivors that you find whom are most important. 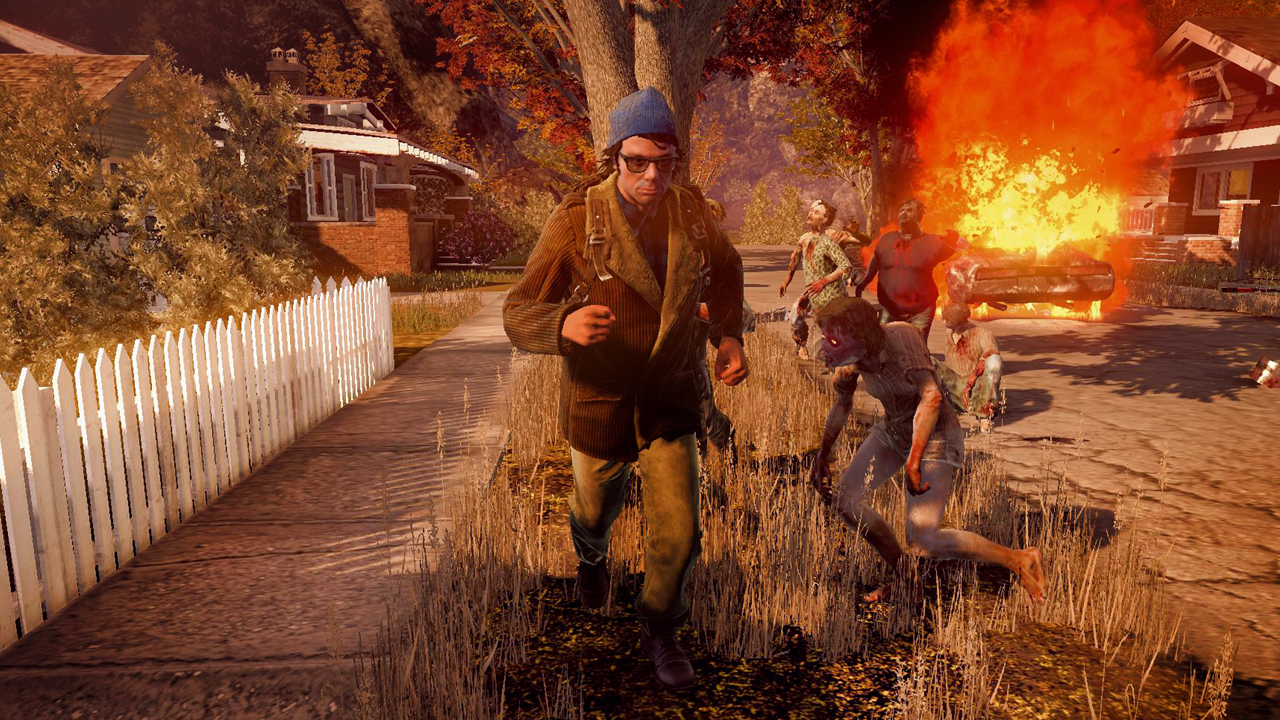 Unlike almost every other game, there is no real “main” protagonist and instead you can swap between characters you meet by gaining their trust. In this way characters are more like RPG character choices or even Pokemon, where some can be leveled up and become powerful while other are less developed. 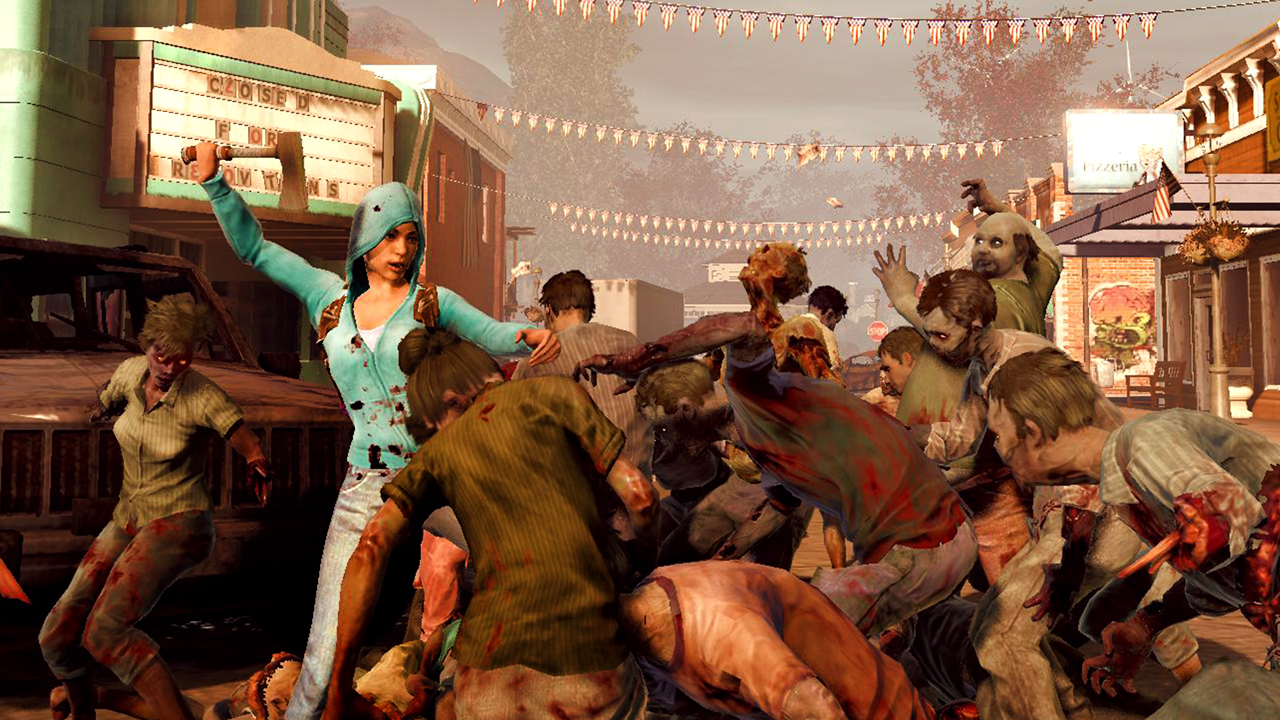 If you’re the type of player who loves to obsess over individual character’s loadouts, social status and levels, then you will be well satisfied by State of Decay. Personally, just as in many JRPGs, I found this system to be somewhat overwhelming; keeping track of every character in every hideout.

The menus and inventory management can be also a chore, and the comic sans-esque font is somewhat distracting. 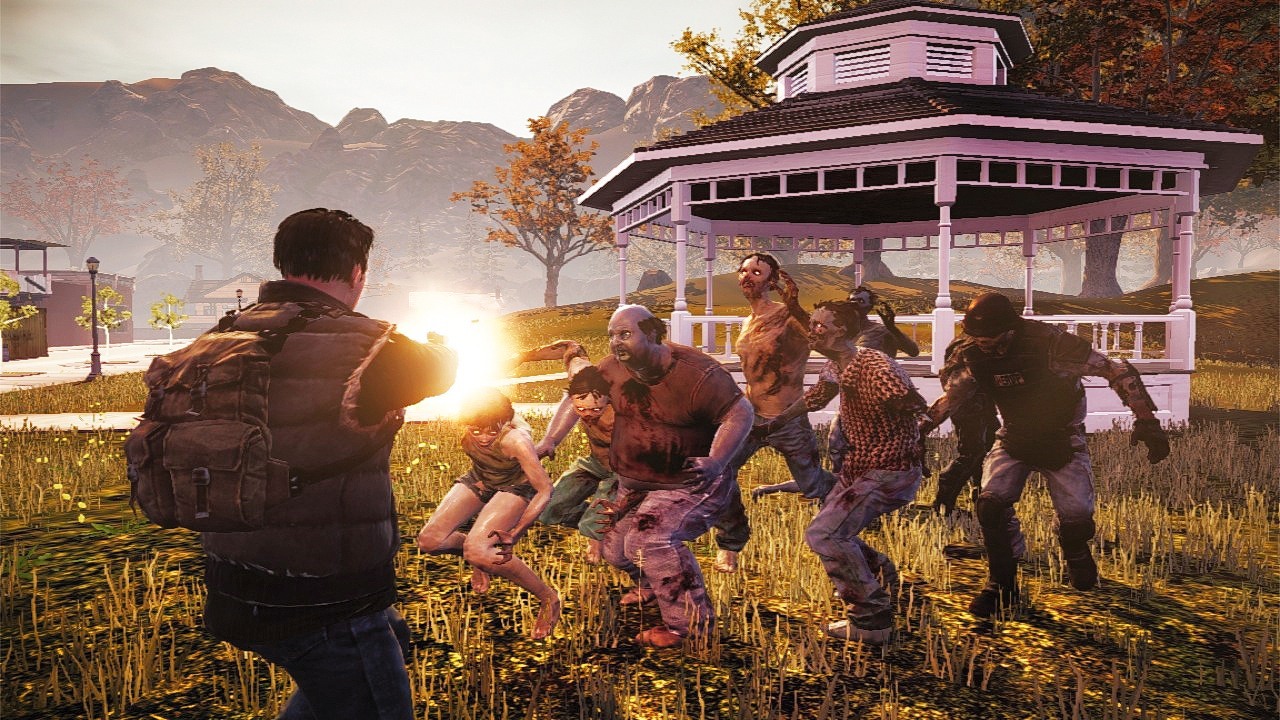 The complex character development system does however make the death of your players even more powerful, because when they die, they’re gone forever.

The introduction of permadeath introduces real stress into combat, and further increases the attractiveness of taking a stealth approach. If you lose a high level character you’ve spent hours playing as, their death can be quite brutal.

You therefore take great care moving around the city, as zombies are attracted by noise and sight. You won’t always be able to fight your way out of every situation as weapons and vehicles break down while ammo is scarce. 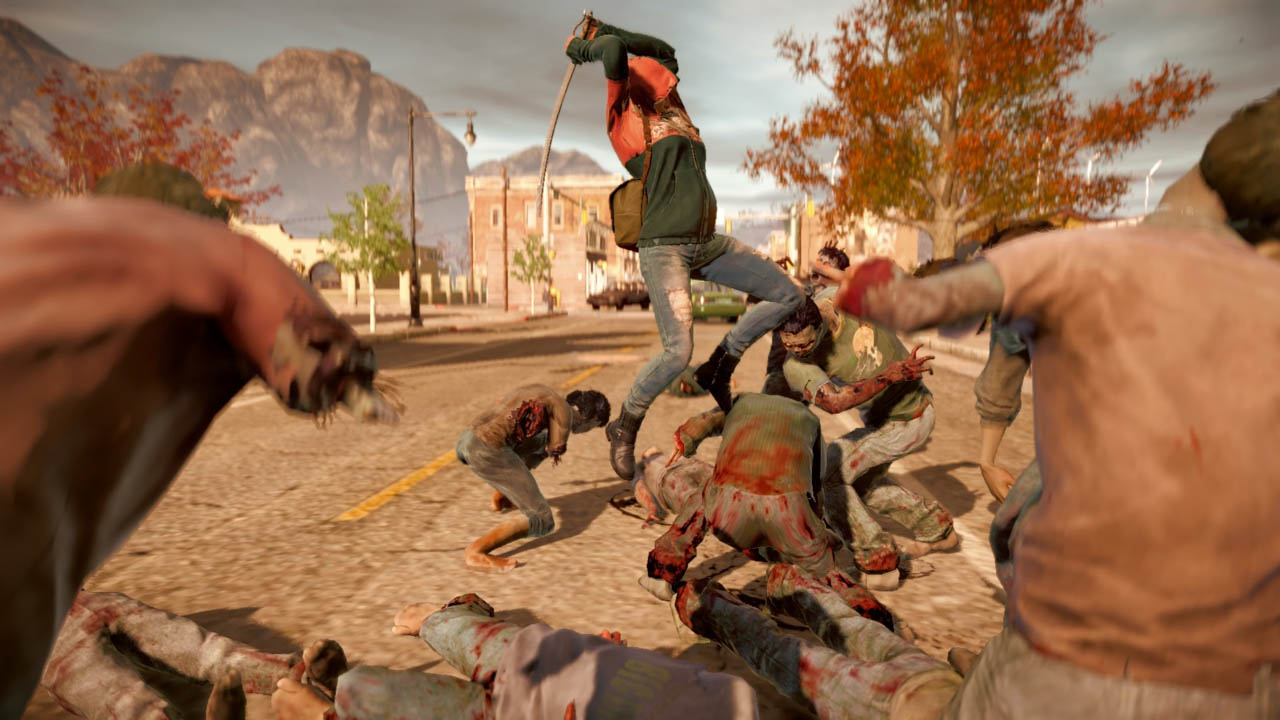 This game asks you to make hard choices – should I open this loot crate quickly and make noise, or take my time and be quieter? Is it worth the risk to get those resources or rescue those survivors? The one exception to your careful exploration are the cars, which are vastly overpowered.

Have a mob of zombies chasing you? No problem, as long as there is a vehicle nearby. Simply kite enemies towards a car, get in it and run them over. 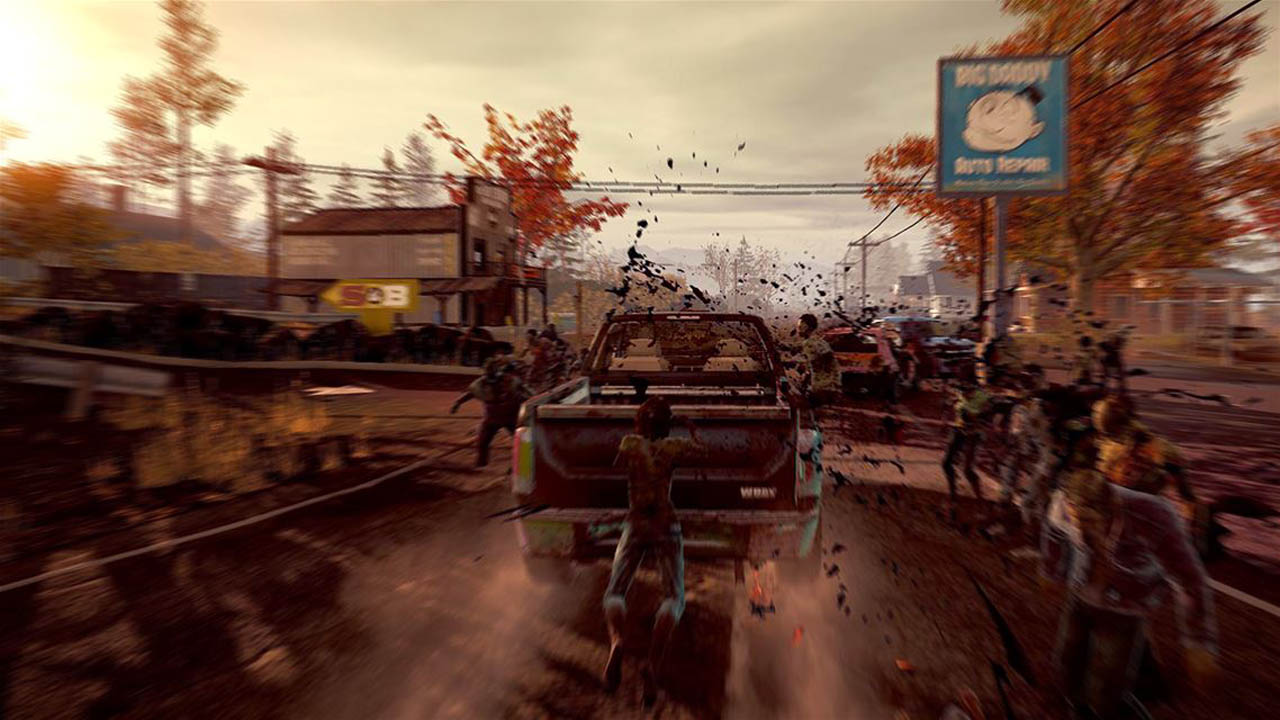 This game is the end result of the weaving of two narratives that have dominated the gaming space over the current-generation’s lifetime: zombies and re-masters.

Undead Labs and publisher Microsoft have made smart decisions about incentivising players to upgrade to this definitive edition.

And in the end State of Decay: Year One Survival Edition is superb value, especially if you own the original and are looking to upgrade. 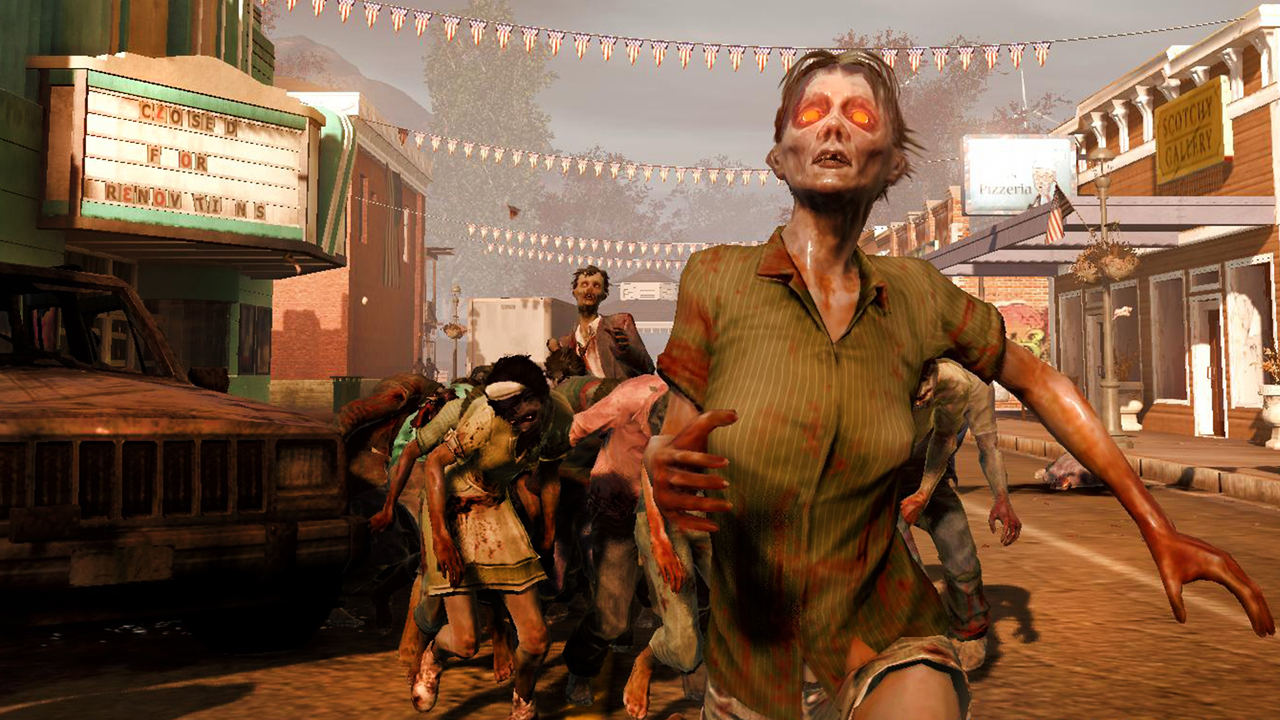 For only $30 (AUD) you get a huge amount of enjoyable content. Many full-priced AAA titles offer far less.

Undead Labs’ debut on Xbox One is a thoroughly competent and worthwhile upgrade of a great game. With the studio signing a closer partnership deal with Microsoft, there are good signs that the studio has not succumbed to the virus of tepidity, at least yet.