Attack on Titan 2 (Xbox One) Review 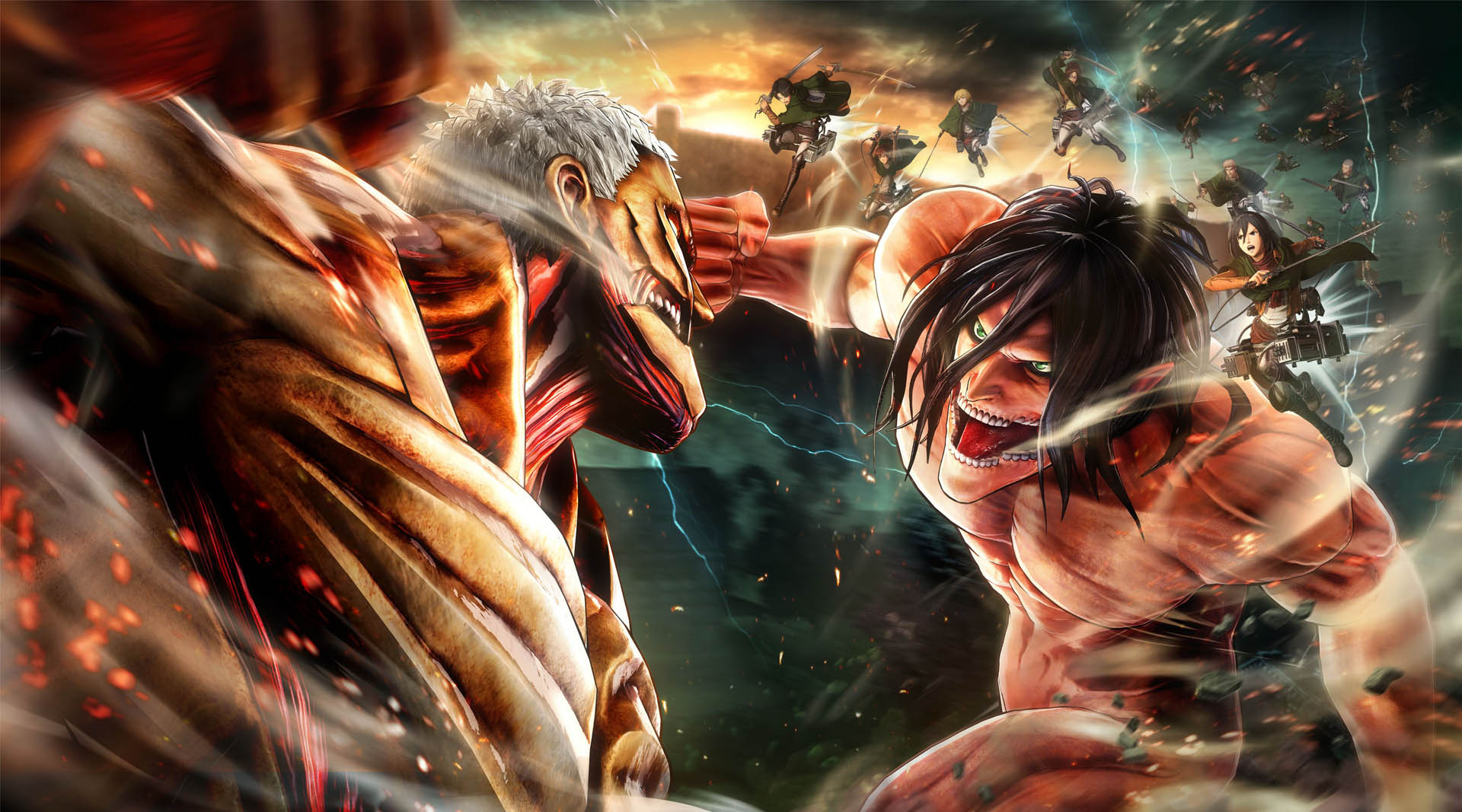 The worldwide phenomenon that is Attack On Titan has seen its story shine through multiple platforms. From manga, anime and live-action adaptations to spinoffs and games, Attack On Titan (“AOT”) is leaving a mark in today’s world of pop culture.

Most adaptations, whether film or video game, often struggle with remaining factual and true to the original source material, the source from which fans are built around. Games based on popular manga and anime have certainly made its mark, though some more positive than others. These video game adaptations are generally at their best when the source material is followed to the letter, with as much passion as an obsessed ‘otaku’. Fortunately, AOT 2 manages to do the original justice by rigidly following the story of the first two seasons of the dystopian anime. 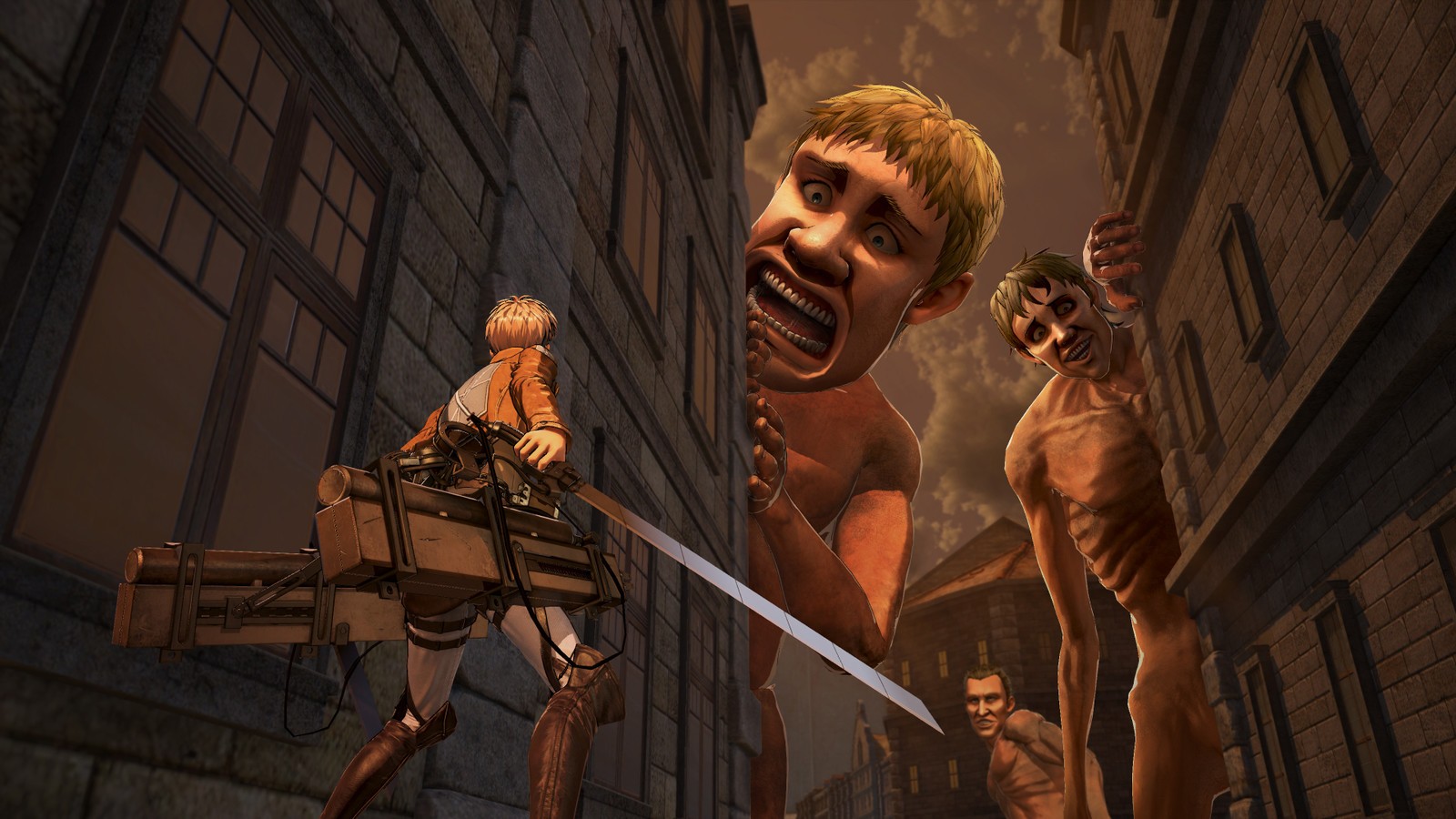 The first AOT game, Wings of Freedom, laid the groundwork for interesting gameplay, reasonable cell-shaded graphics and movement mechanics. It introduced us to the fast-paced and thrilling overhead battles against the terrifying, gargantuan Titans, using the Omni-Directional Mobility Gear (“OMD Gear”) that lets players zip around through various environments easily.

AOT 2 improves on the first game’s foundation, adding in an improved and more compact game interface, as well as interesting new tricks for taking down the hideous, giant naked Titans. However, be mindful that the bulk of the game is a retelling of the events in Season 1, with only a small part being dedicated to Season 2. For those who have played the first game, the initial few hours may feel tediously repetitive.

Cutscenes are aplenty in AOT 2, much like in Wings of Freedom, with several cutscenes being recycled from the first game. Though this certainly adds to the story element to the game, it can be rather trying to sit through each cutscene before being able to perform an action and actually play. This was by far one of the most challenging aspects of the game, for me personally, as I can be rather impatient at times. 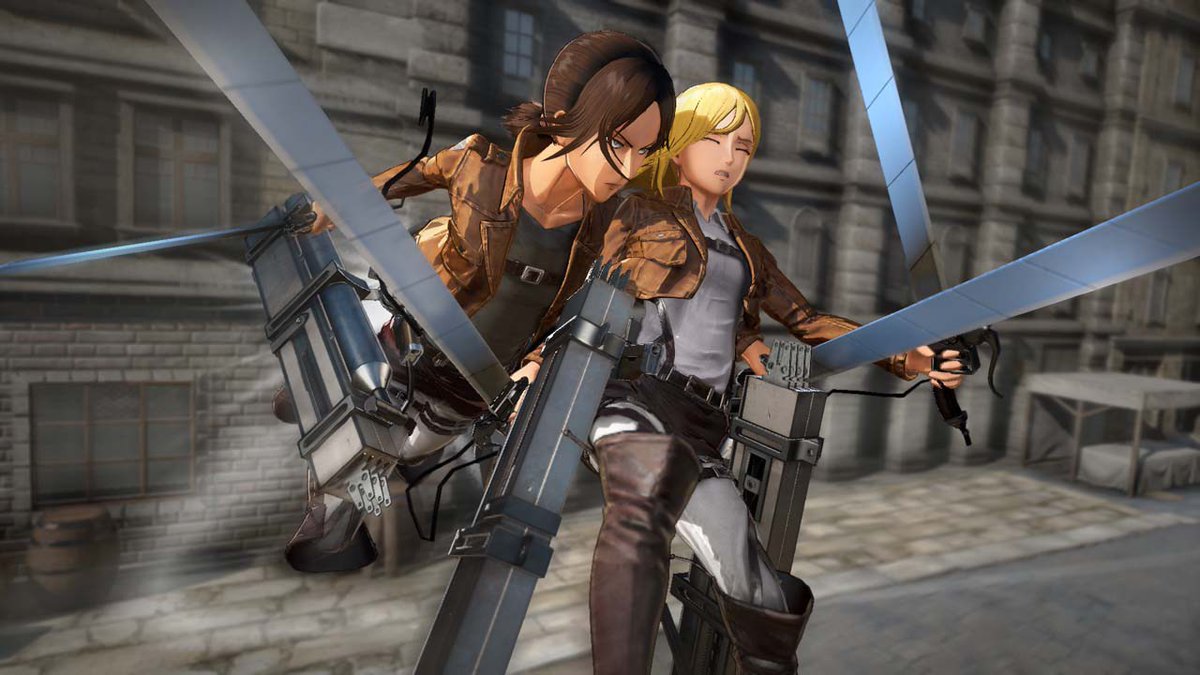 Much of the missions in the game involve protecting certain areas from Titan attacks and, of course, saving comrades from being eaten. Though combat is much of the same, Omega Force managed to make combat feel much better in this sequel game, with movement feeling more fluid and at a faster pace. Considering I played the first game, I had to acclimatise myself to the controls as everything just felt a lot quicker, which made timing all the more important.

AOT 2 does include several new elements, though, which make for a much more unique experience to the first game. Rather than play as one of the main characters from the original source material, here, players take on the role of a nameless, player created character, known only as ‘Our Man’. Having been written into the story as a fellow cadet alongside the main cast, part of the game requires players to befriend other characters, with the game providing players with certain dialogue options.

One particular new addition to the game is called the ‘Friendship Level’, a system which rewards players who level up their friendships with others. Leveling up friendships unlocks new abilities and buffs, which is actually quite necessary if you’re wanting to maintain an edge over the Titans. 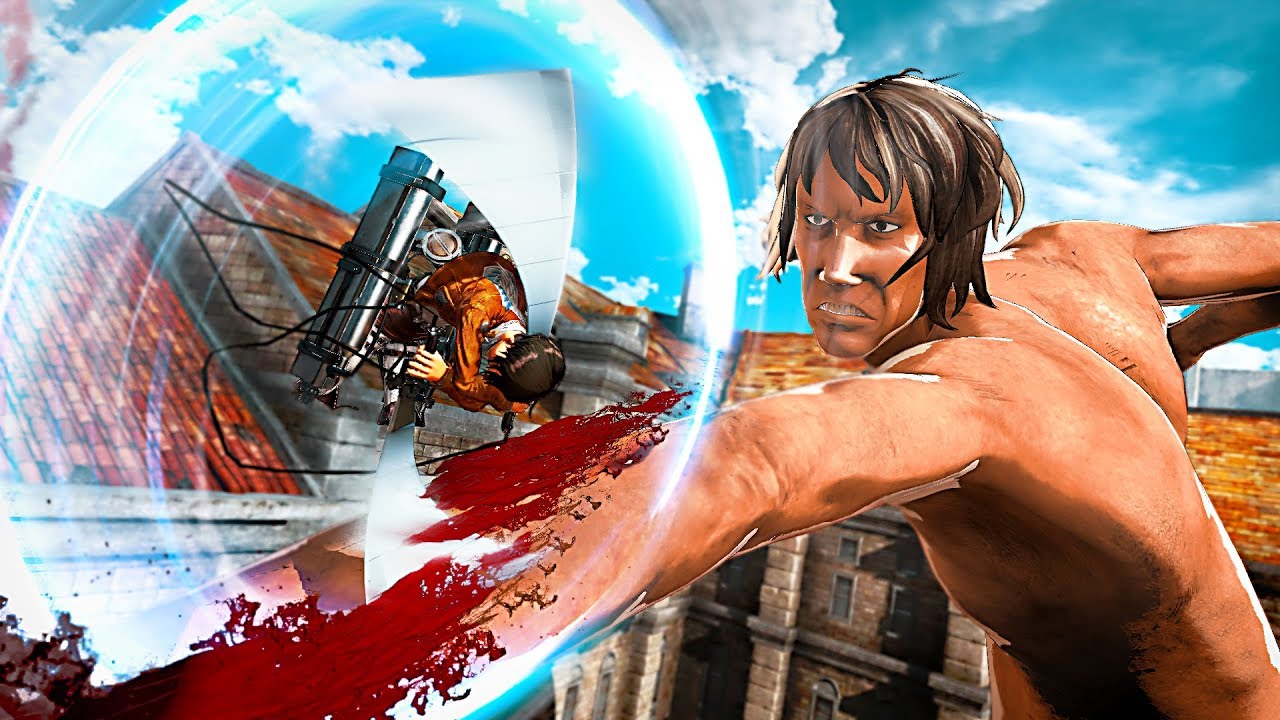 There is also a couple of new modes included in the game as well, including ‘Another Mode’ and ‘Annihilation Mode’. The former, allows players to complete missions outside of the main story, and play as a character from the show as opposed to a player created character. This mode also offers a different gameplay experience, allowing for team ups with other players to defeat Titans. The latter, adds a competitive element to the game, in which it pits two teams of up to four cadets against each other to determine who is able to kill the most Titans, as well as, score the most points before time expires.

Furthermore, in the sequel game, there is now an ability to utilise stealth attacks to instantly kill Titans from afar as well as a new a defensive maneuver, called the ‘Hook Drive’ that rewards well timed aerial evasion.

Visually, AOT 2 looks absolutely brilliant on the Xbox One X, though on the Nintendo Switch there were times it felt like I was playing a PlayStation 3 game. Regardless, the animation is top notch with graphics that just stood out. Omega Force did well to highlight the cell-shaded animation, bringing each character to life in a way that I’ve not seen other games in this genre do. 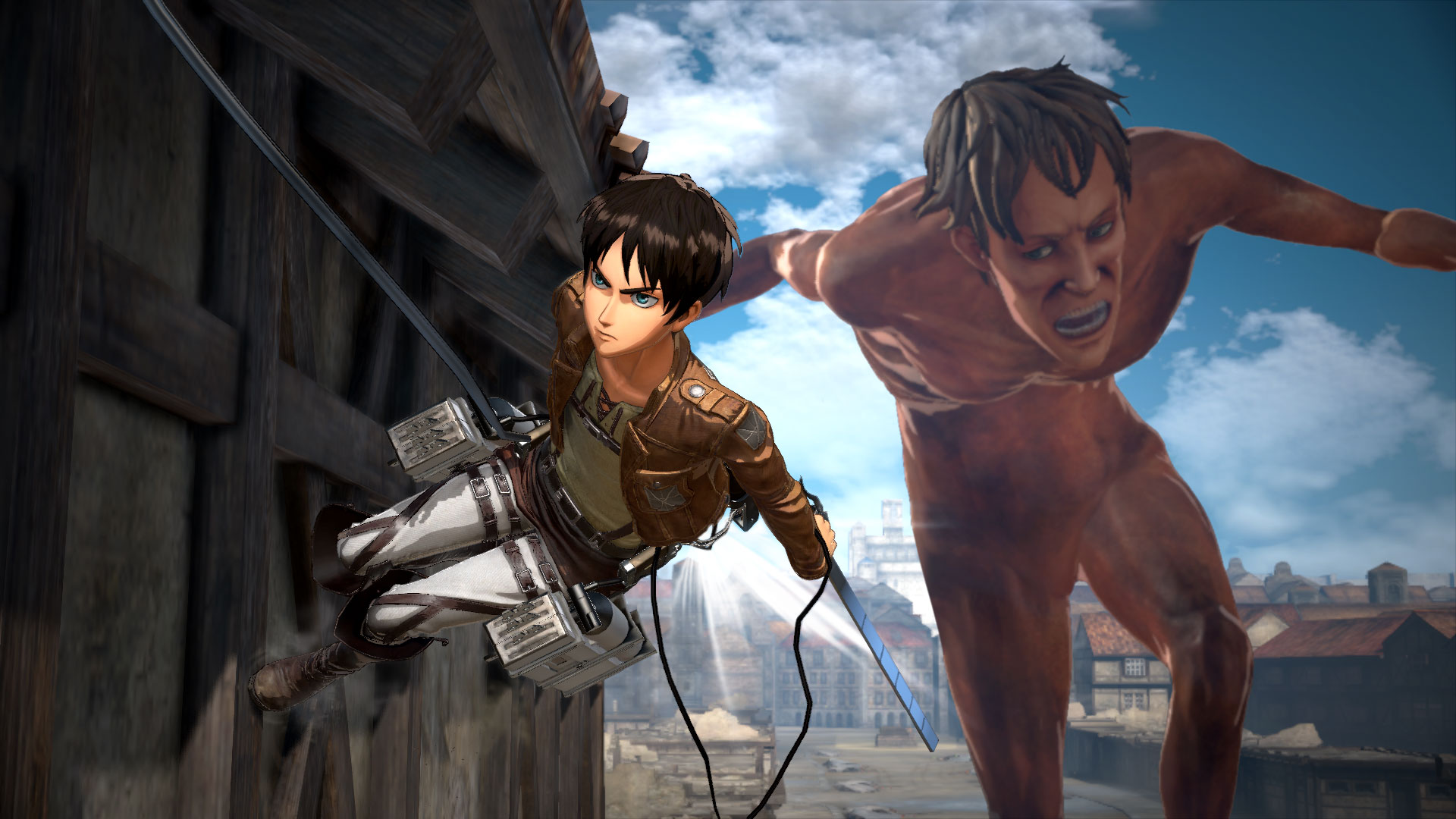 The thrilling and gratifying soundtrack which played throughout the game, added to the sense of wonder, intensity and adrenaline in the game.

AOT 2 is a welcome addition to the hack and slash genre of video games and is certainly an improvement on Wings of Freedom. For those who haven’t played the first game, read the manga or watched the anime, this sequel game is a perfect place to jump in as it provides enough backstory and content from Wings of Freedom (and therefore, season 1) for new players to get up to speed. For Attack On Titan fans, who have already played the first game, the sequel can be a bit tiresome due to the heavy repetition from the first game and long drawn out cutscenes. As much as I enjoyed the sequel, it would have been better off as a $30 DLC as opposed to a $90 full rehashing of its predecessor.

Nevertheless, Attack On Titan fans will surely get a kick out of the game.