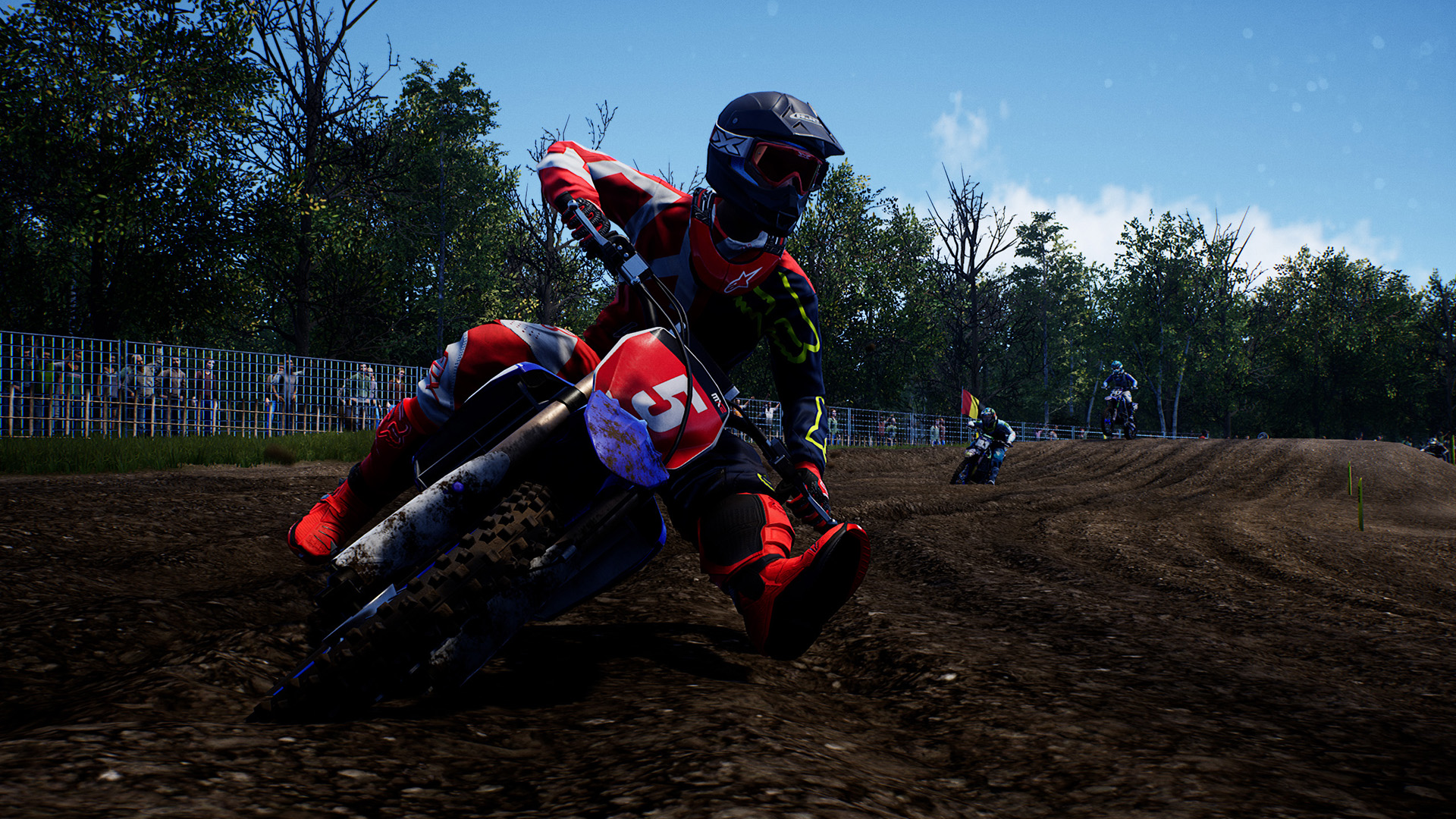 There’s no doubt that Milestone are the experts when it comes to motorcycle games, their MotoGP and Ride franchises capture perfectly the speed and handling of high-powered road bikes. Straight lining or leaning into a bend is all very well on smooth asphalt, but doing the same on dirt, dust and mud is a different thin altogether.

MXGP 2019 is the latest iteration of Milestone’s yearly licenced MXGP game based on the FIM Motocross World Championships. The game includes all the tracks from the 2019 season plus a special playground area and a track editor for player to create their own track and share with the community.

As any motorcyclist will tell you riding a bike has as much to do with weight distribution as it has with twisting the handlebars. Riders have to shift their weight from side to side and lean into bends to make turns. Motocross, with its more challenging terrain, also requires riders to shift their weight forward and backward in order to adjust the bikes traction and, when in the air, attitude. Land hard on the front tyre and you are going over the handlebars.

Similarly, landing with the front wheel in the air and the bike is likely to take off without you, leaving you on your butt. 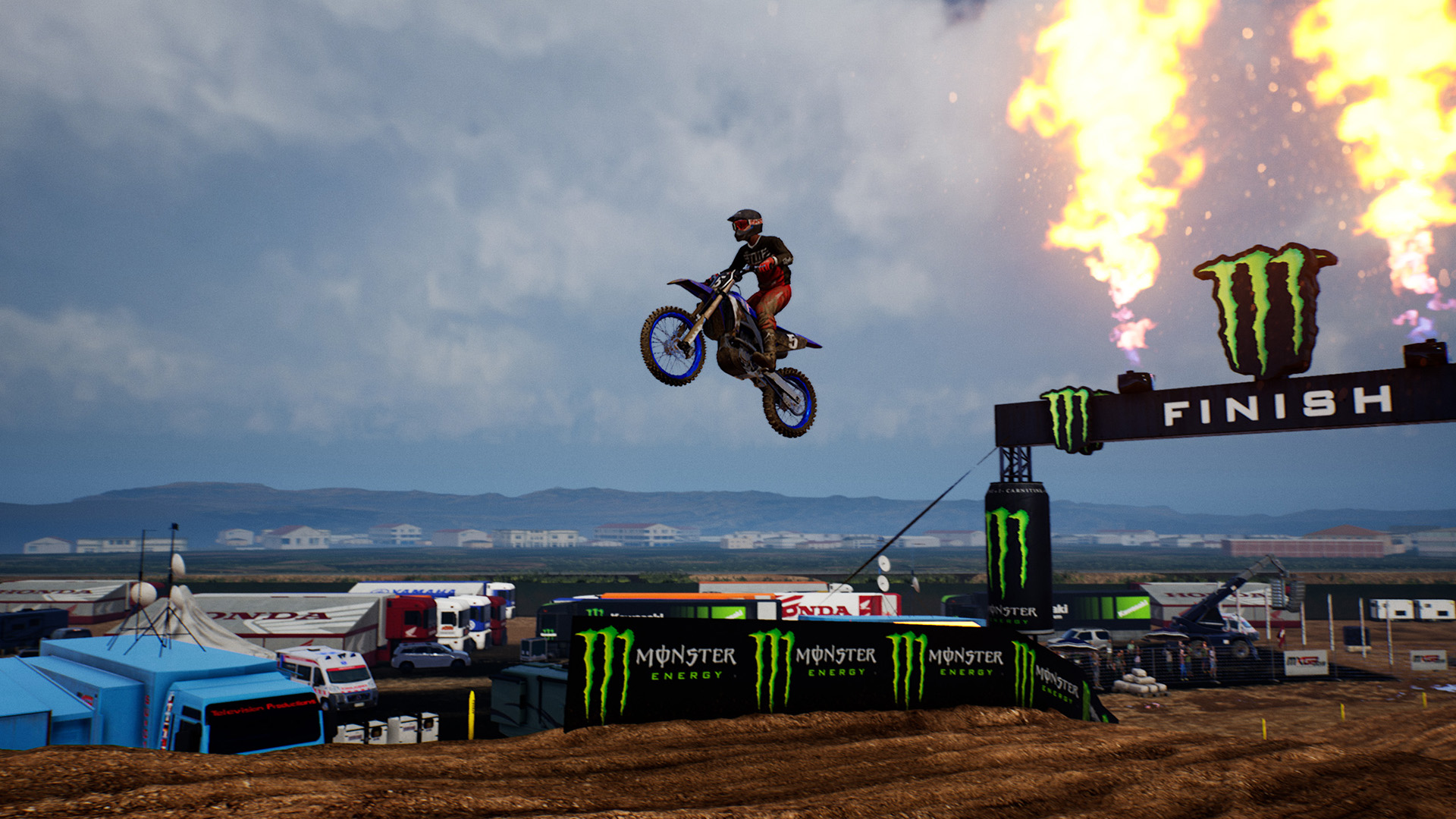 Add to the above the delicate application of a bike’s front and rear brakes and you can see why, whilst we are falling over ourselves with racing car games, motorcycle games, especially good ones, are few and far between. Milestone, however, seem to have conquered this delicate balance. Realistic physics, bike handling and refined controls give players as an authentic motorcycling experience as possible considering the inherent limitations of sitting on a sofa with a controller compared to gripping the handlebars while sitting astride a powerful motorcycle.

For a novice, MXGP 2019’s full control set is more that a little intimidating. The game gives players full control of the bikes. Using an Xbox One controller (fair play if you are intending to use anything else), you have the usual throttle on the right trigger, with left and right steering on the left thumbstick. Front brake/reverse is on the right trigger, B is gear up, X is gear down, A is rear brake and left bumper is your clutch. You use the right thumb-stick to shift your weight. 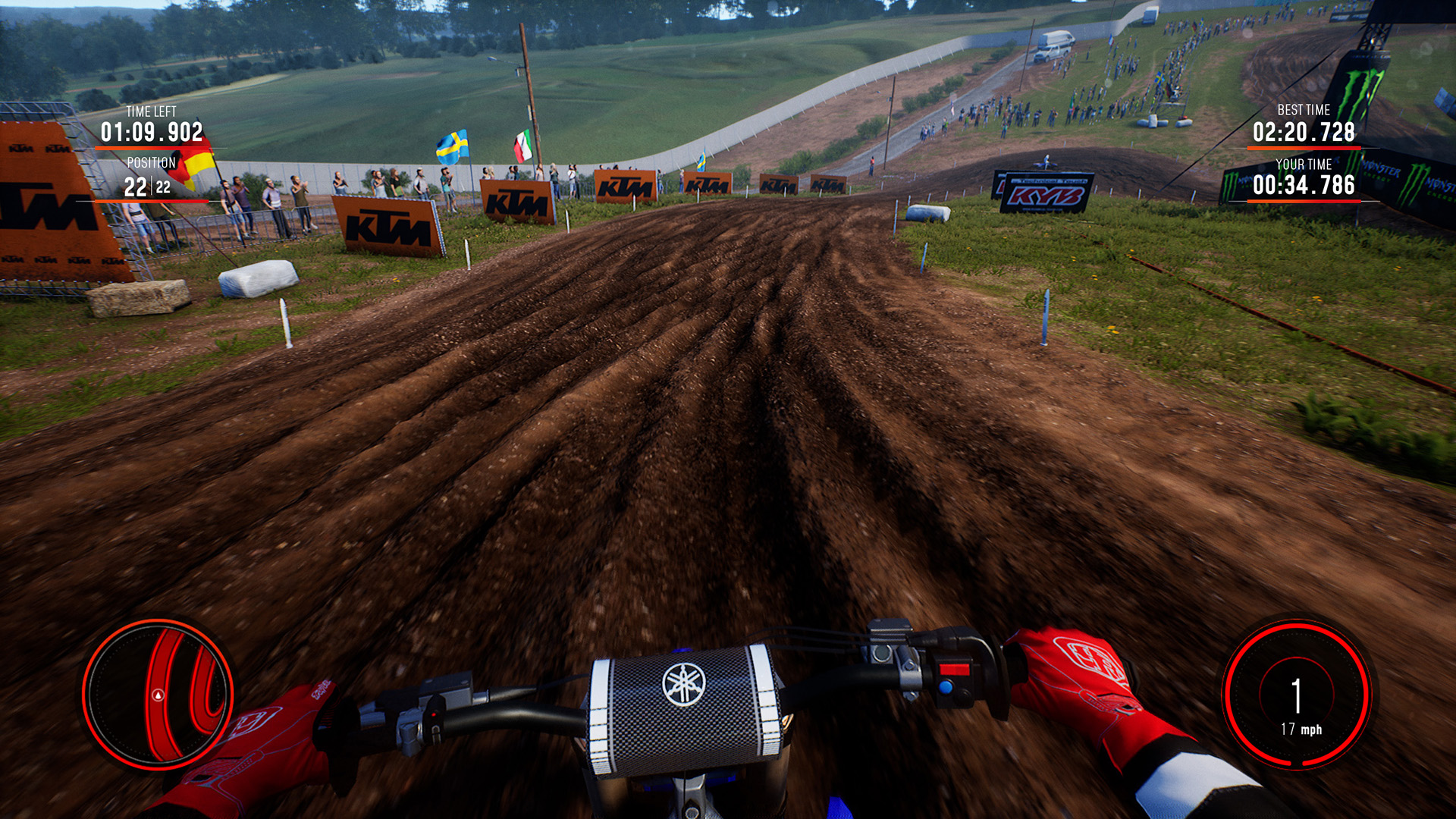 Thankfully, the game caters for those of us with more thumbs than fingers. You can twitch to joint braking, semi-automatic gearing (which seems to actually be automatic, the “semi-auto” labelling maybe just trying to be kind) and semi-automatic weight shifting. You can also tone down the physics to the more forgiving “simple” setting. There’s also a rewind function to remove the frustration of one little mistake sending you to the back of the pack. And, of course, you can reduce the AI difficulty.

Even with the assists activated, MXGP 2019 presents quite a challenge to the uninitiated. It was a few races before I really got to grips with the bike handling. I found switching the physics to “advanced” and weight shifting to manual not only felt more realistic, but also made controlling the bike a bit easier, even if it punished me a bit more if I messed up. I’d recommend switching these two settings over as soon as you can and taking your bike into the Playground area to practice on your own before continuing with a GP.

The game comes complete with a full suite of modes. You can race around anything from official GPs to custom tracks and even a practice area based on the south of France. 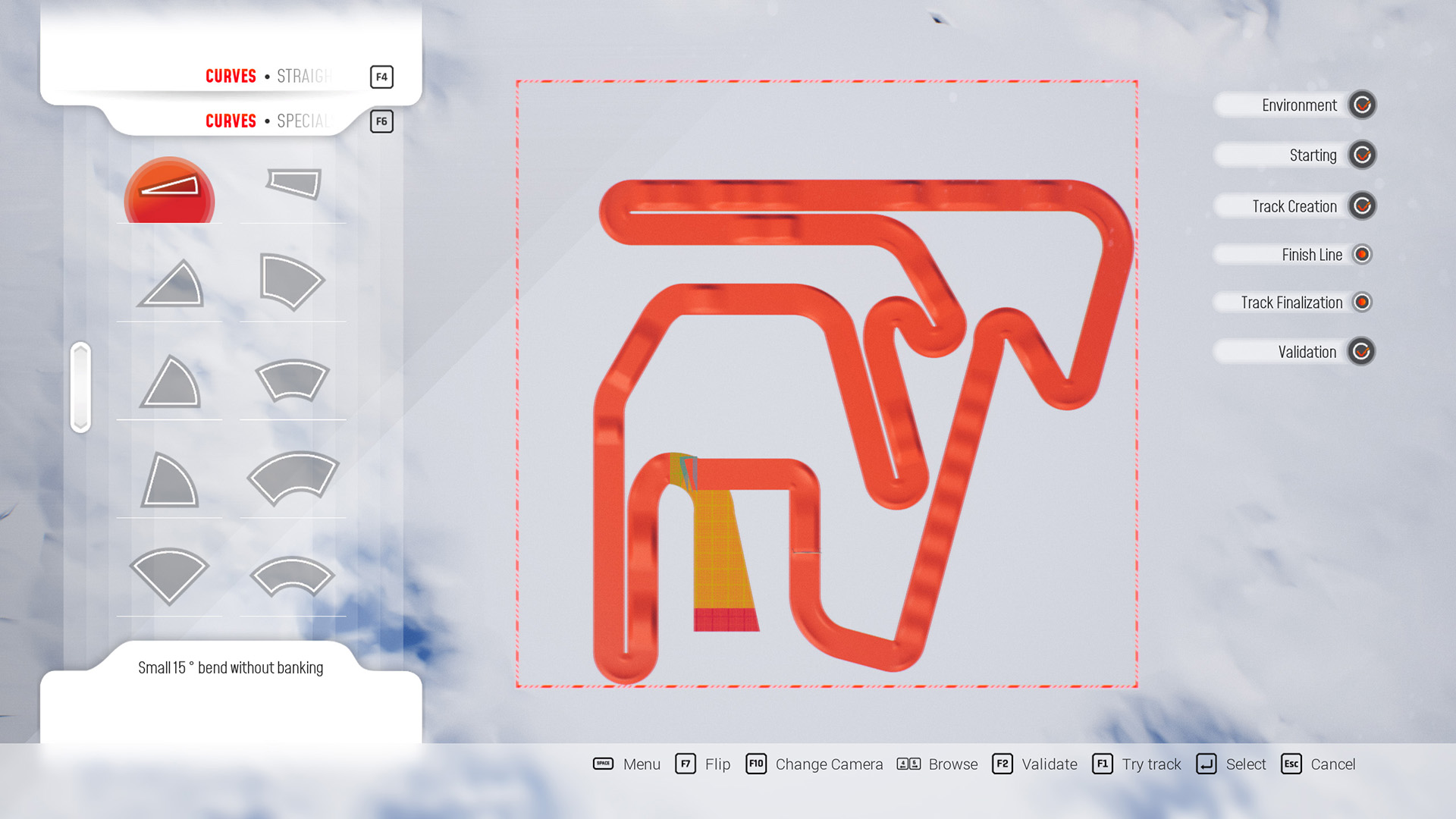 First off there’s the 2019 MXGP season. Here players get to experience every Grand Prix of this year’s championship. You can select from a single race for each event to a full race weekend. The game includes the full 18 regular tracks of the 2019 MXGP, as well as all the teams, riders and bikes.

Quick Mode gets you straight on a bike for a quick grand prix race, time attack or custom season. You can choose from the 18 official tracks, 3 tracks from the playground area and any of the custom tracks published by the MXGP 2019 community.

Playground offers a huge open-world area to practice rider of partake in any one of the activities scatters around the map. There are time attack races along one the many courses on the map, dexterity events- weaving your bike around a slalom and waypoint events- which are pre-prepared, downloaded or made yourself. It’s a great area for letting of some steam between GPs with some great jumps, including one very photogenic leap over a broken bridge. 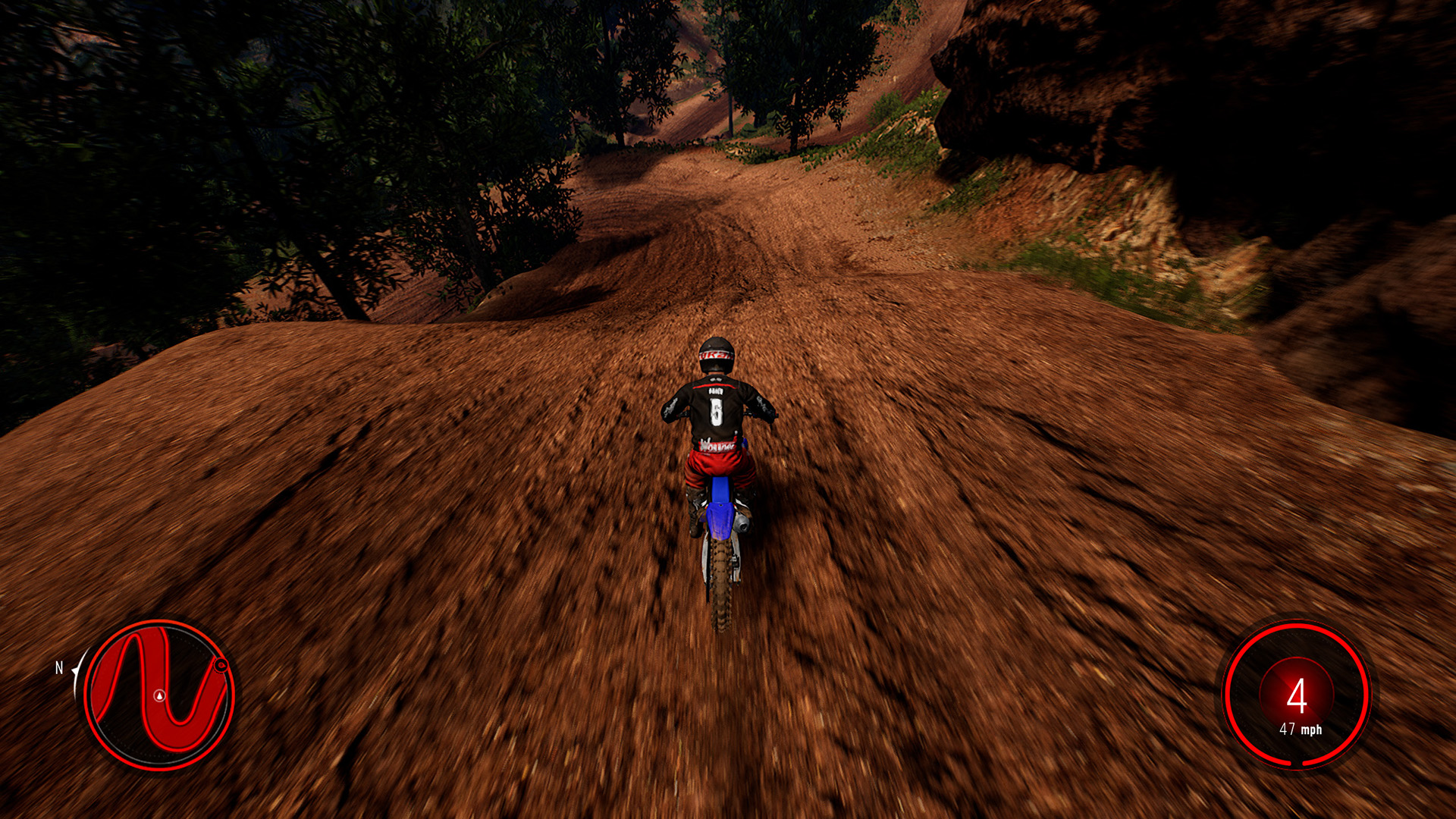 Next on the list is the track editor. Not really a game mode, but one that certainly extends the gameplay infinitely. It’s relatively easy to use with good tutorial. The more time that you spend, the better the track. Looking through the custom tracks uploaded by others, the quality of most of the offerings leaves much to be desired.

The online multiplayer offers both public and private lobbies. You can select public matchmaking for single GPs, time attack or a full championship. The tracks and weather are all put to a vote. The free slots are filled with AI riders.

Everything that you do in the game earns XP and in-game cash to be spent on new kit, bikes and upgrades- both cosmetic and performance enhancing. The game features licenced race kit from the likes of Fox and a huge selection of aftermarket parts for your bike.

The visuals on PC are crisp and full of detail. On bright days everything looks a bit too colourful, but I’m just being a bit picky. The Geforce RTX 2080ti GPU ran the game fine with all the visuals cranked up to the max, but it was definitely giving the rig a good workout.

All the official tracks are excellently reproduced and great fun to race on. The deforming track surface gets increasingly difficult to negotiate as the muddy ruts get bigger, making each lap different. Add a bit of wet weather and the surface turns into a skid- pan.

MXGP 2019 is probably the best motorcycle racing game I’ve played in years. Certainly, the one that I’ve had the most trouble putting down. The bike handle is superb and the controls, as daunting as they are, are responsive. On PC the graphics are very nice indeed and the whole game presented in a very polished and professional manner, something I can’t say for all of Milestone’s efforts. There seem to be a lot of love put into the game.

With 18 official tracks, a huge practice area and an infinite number of custom tracks, this is a motorcycle racing game that’s going to keep you occupied for a long time.