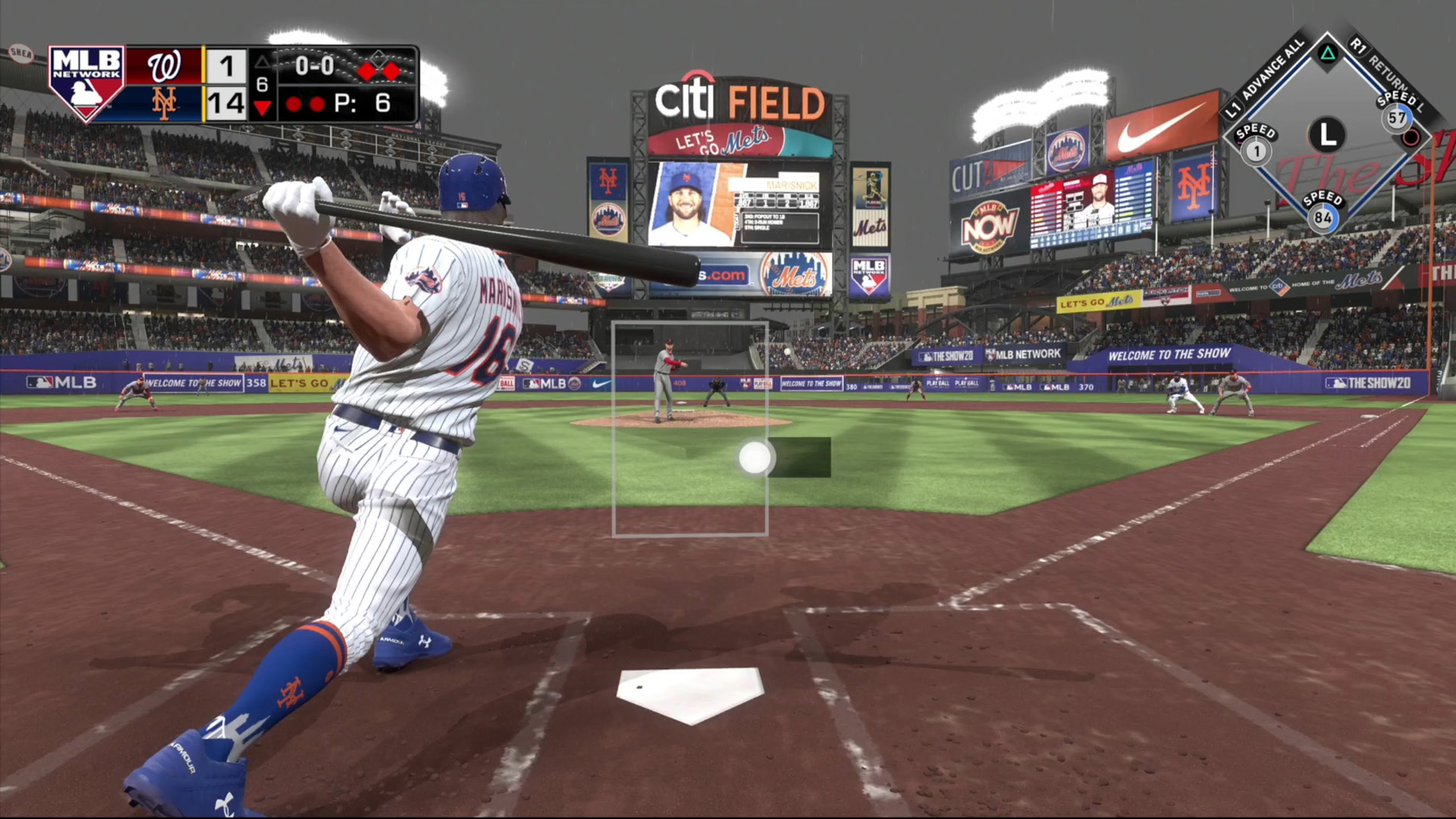 Sony’s San Diego Studio hit the ball out of the park with this year’s iteration of their Major League Baseball game.

Whilst baseball may lack the continuous on-pitch action of football (soccer), it’s a darn sight more accessible than NFL. That being said, despite playing The Show over the past few years, I never really got into it. Not like I do with Madden NFL.

This year, however, MLB The Show 20 seems to have really stepped up to the plate. The visuals and presentation are as good, if not better that the polished effort the EA puts in to its sports titles. Matching the experience that you’d get from watching a game at home is, for me, what makes a modern sports title. Of course, gameplay is paramount, but it’s the ambience, the atmosphere that, just like in real life, draws you into a sporting event. 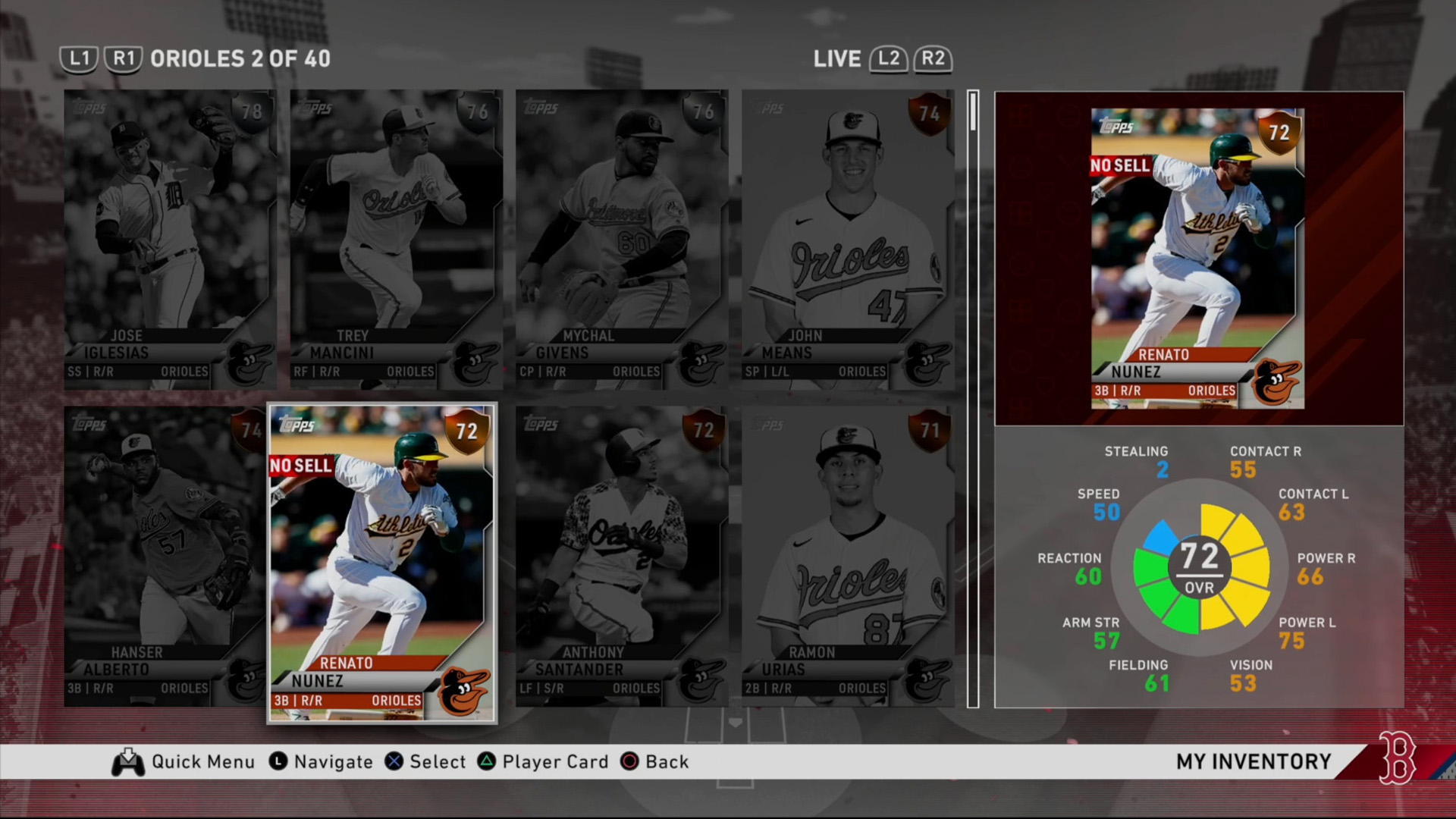 Whilst the gameplay was there in the past, now the graphics match the game’s technical prowess. The game’s lighting does seem to have been tweaked giving the game an almost photoreal TV-style look.

At the start of the game, MLB The Show 20 gives players the opportunity to select the presentation style, from quick to the full MLB TV-style. There’s also controls for batting and pitching to be selected. Players get to try out each control method before selecting. My preference is always for analogue controls, as whilst it does take some getting used to, there’s more finesse and its closer to the skills required in real life. 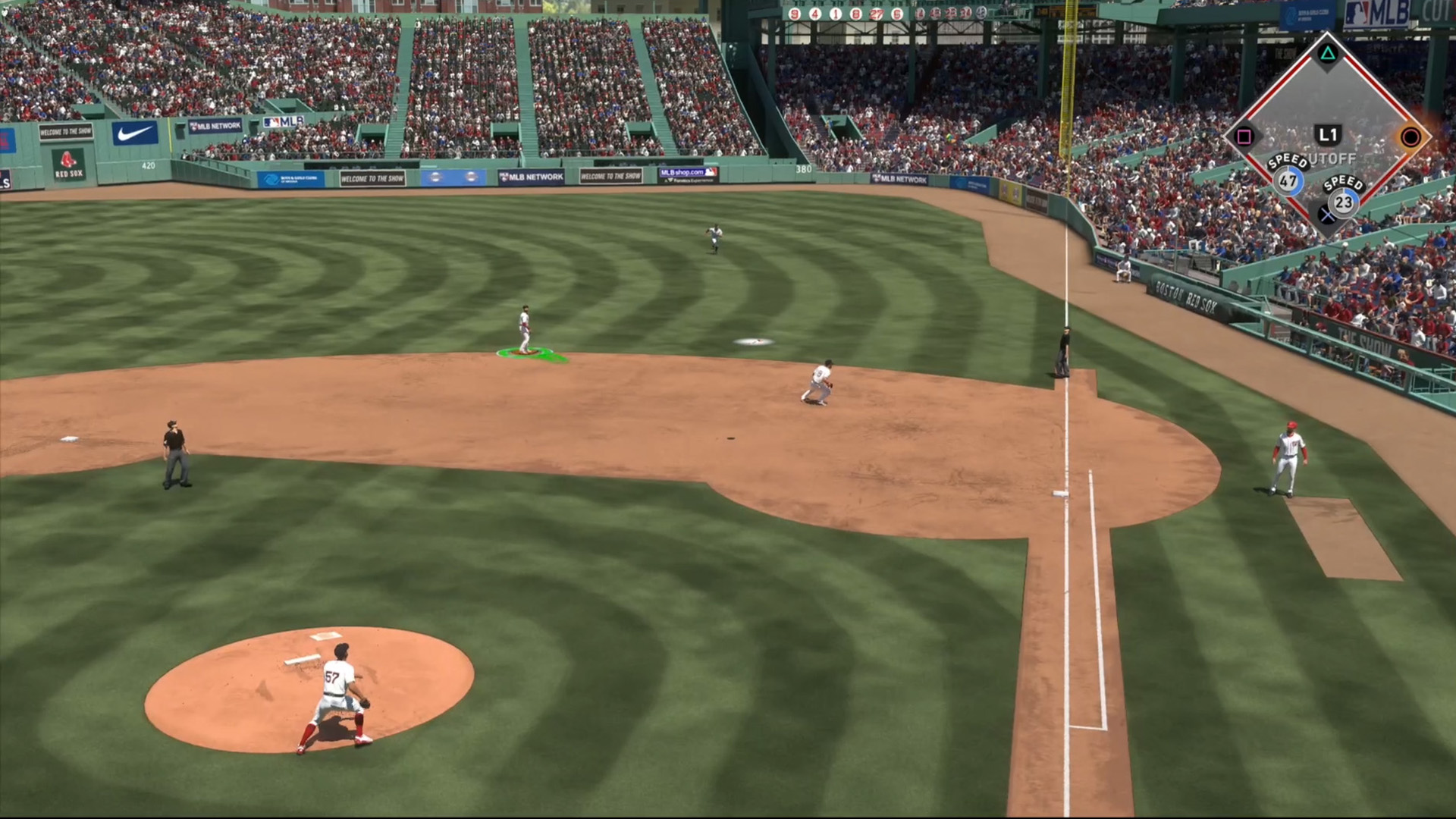 On the mound, pitchers need to select their pitch type and aim. The accuracy is via a swing timer, similar to those sometimes used in golf games. With analogue controls, the right stick needs to be pulled towards the player and pushed forwards, as straight as possible.

Batters need to time their hits and the direction, with the analogue controls, in which they flick the right stick away from them. More powerful shots can be made by pulling the stick towards you before swinging away. Baseball may be a relatively sedentary game compared to soccer, but The Show delivers that same rush as at the Madden games. A good hit that sends the ball flying really makes the game. 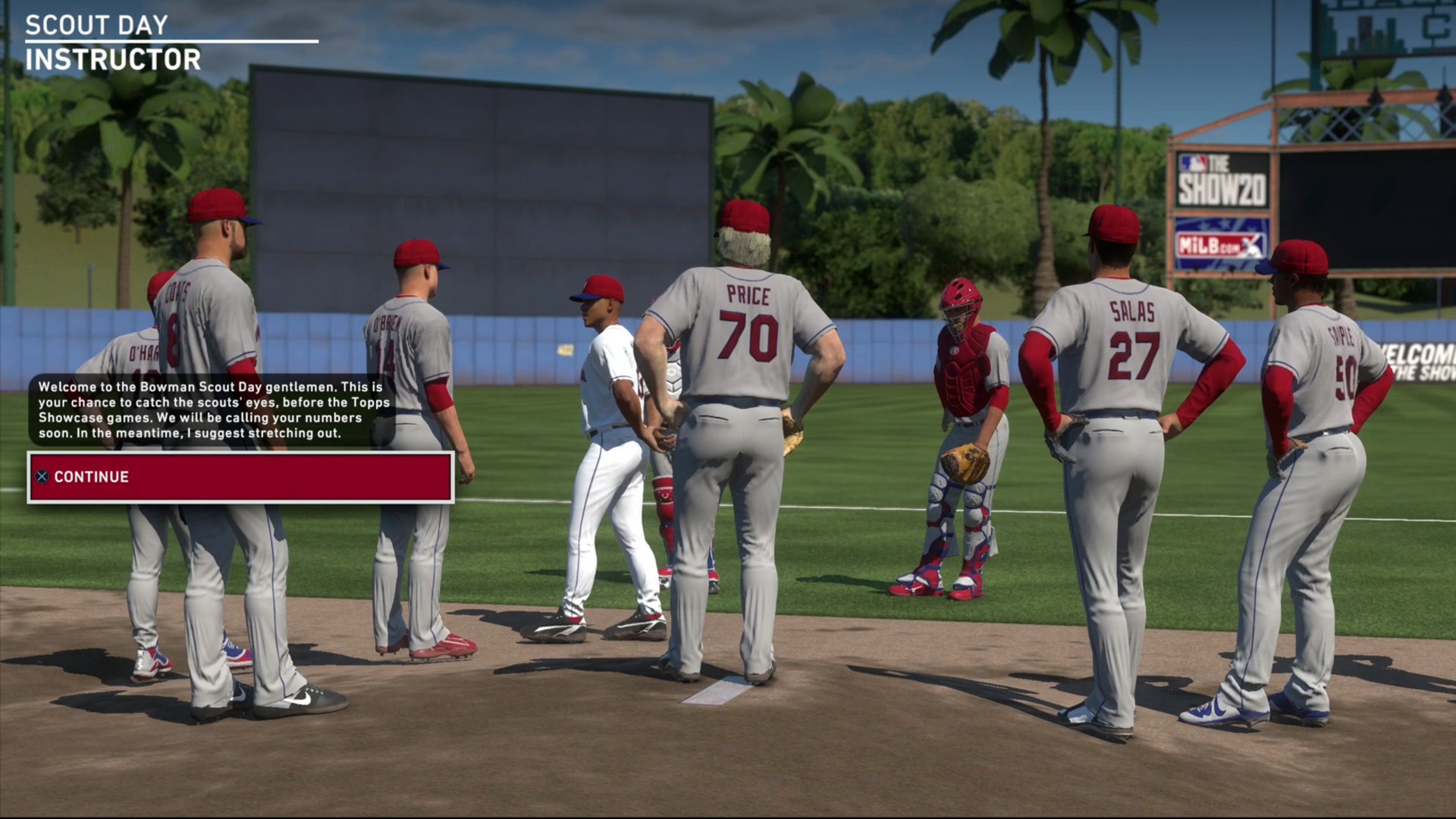 The Show is a complex game that seeks to incorporate all aspects of baseball into its gameplay. At the same time, though, it is an easy game to pick up and play. Gameplay is not limited just to pitching and batting. Whilst batters will automatically run between bases, players still have the control to push them if required. Similarly, on the field, players control the team catching and throwing the ball to bases. Throws can be pre-loaded to quickly pass the ball.

The Show 20 features a massive amount of modes befitting such a prestigious sports title. Players can jump into a game with Play Now, enjoy running a team in Franchise Mode and taking a player from the minors to the Major League in Road to The Show. 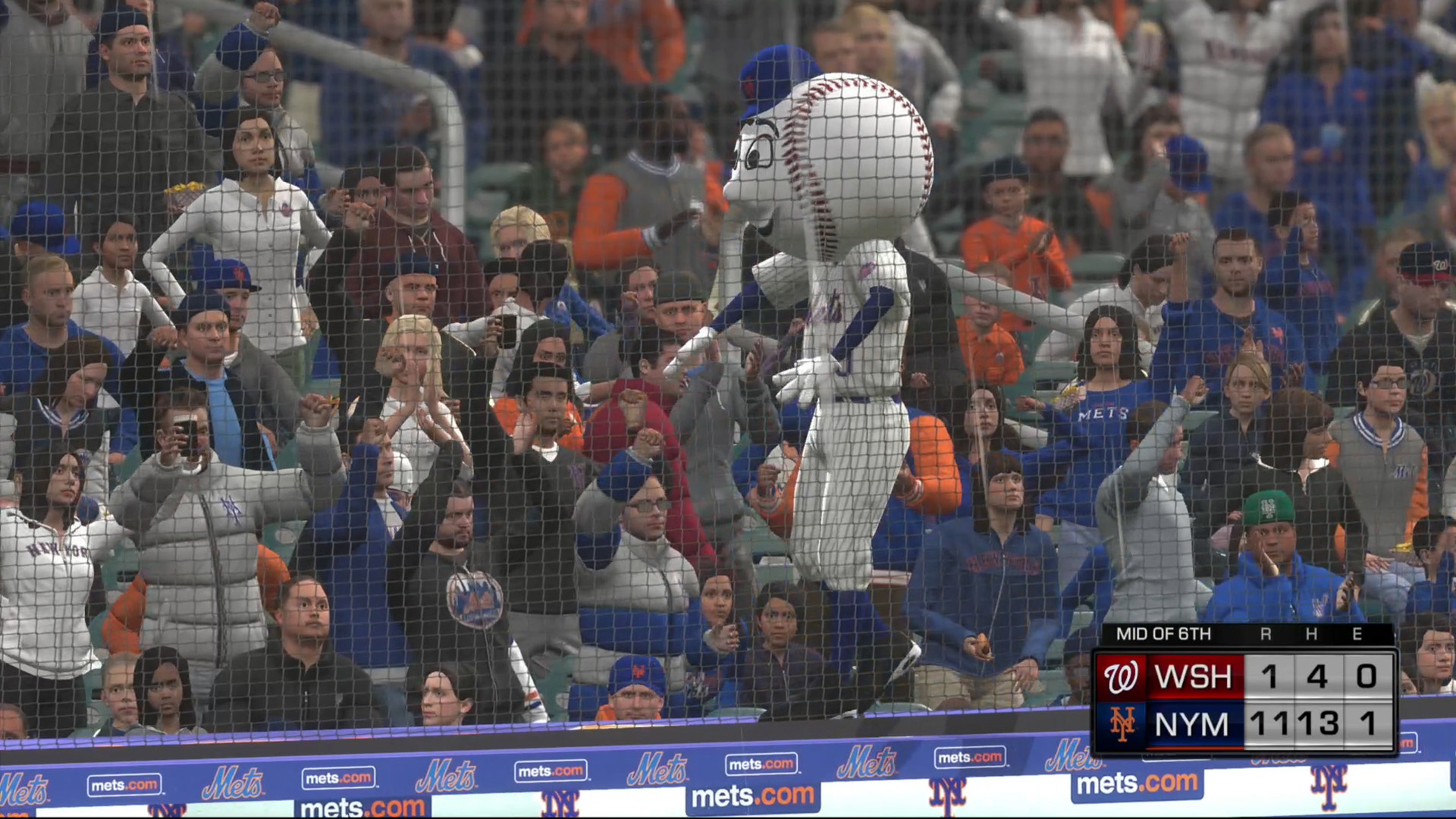 Diamond Dynasty offers players the MLB version of the popular sports sim collectable card game mode. Players can make up their dream line-up via earning, buy, selling and trading Topps baseball cards. March to October allows players to enjoy playing their teams key games of the season, allowing them to support their team even if they don’t have the time to play the full 2020 season.

With 2020’s Major League Baseball suspended for at least another month, MLB The Show 20 is the only way to experience the 2020 MLB season at the moment. With incredible TV-style visuals, as well as exciting and accessible gameplay, The Show 20 provides a good substitute whilst we wait for the real thing. 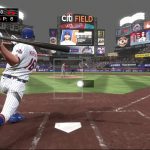 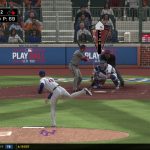 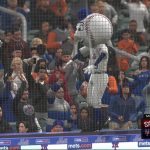 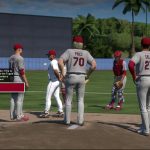 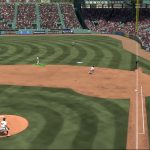 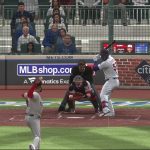 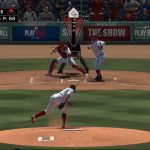 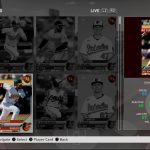 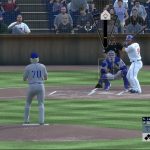 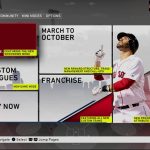 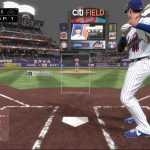 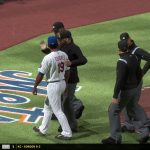