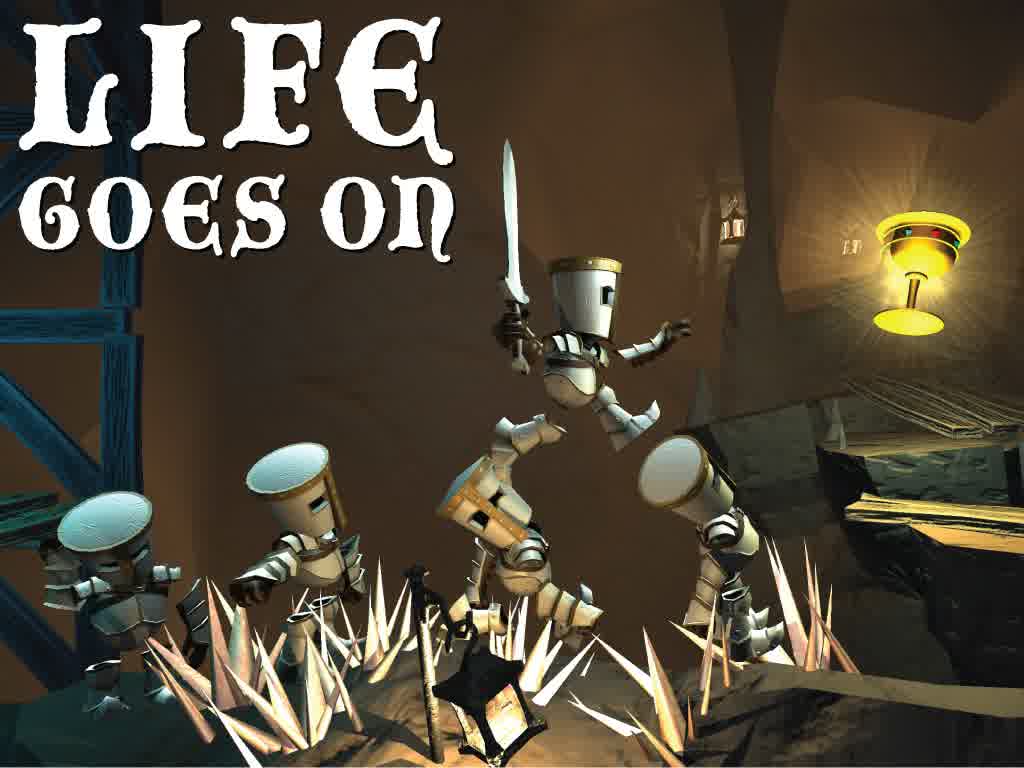 Life Goes On is an old-school side-scrolling platform / puzzle game from new indie outfit Infinite Monkeys Entertainment. It’s a bit of a Monty Python-esque affair that literally requires you to stand on the shoulders of the dead in order to proceed.

It’s a game with a body count that would make the likes of Dark Souls blush.

The player controls a limitless amount of knights on a quest to reach the cup of life at the end of each Level. Your knight starts at one side of the screen with a variety of switches, conveyors and traps between him (or her) and the Level’s particular Cup of Life. 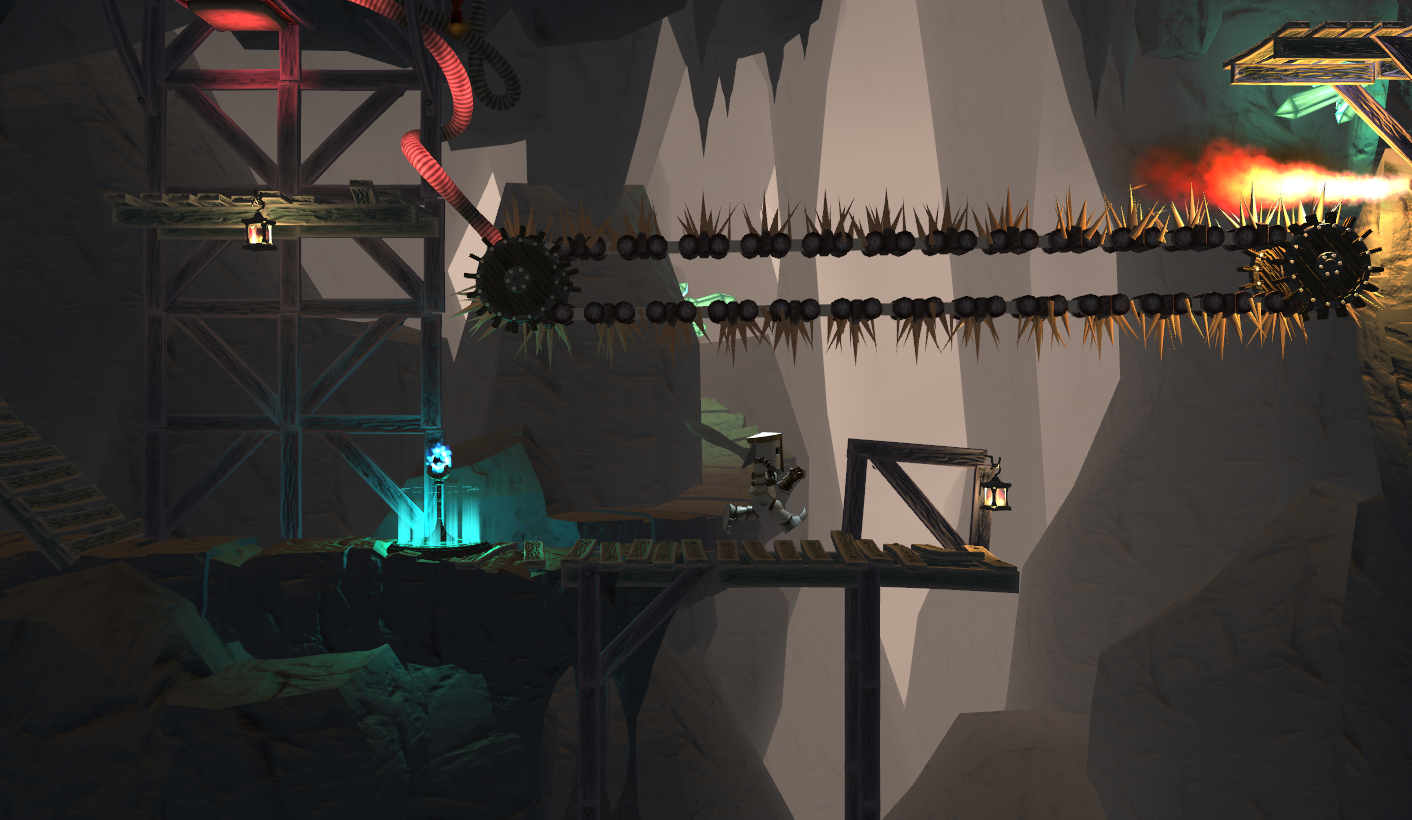 On the way a number of knights will need to be sacrificed in order to get through the traps and puzzles. Everything about the Levels screams death by fire, ice spikes or molten lava.

And In Life Goes On death means progress.

The corpses of dead knights make excellent tools in which to proceed across the Levels. Success requires a certain number of knights to be impaled to create something to climb up, shot from cannons to press a distant buttons, electrocuted to create short-circuits and frozen into blocks of slippery ice. Then there’s all the player’s mistakes and screw ups which will have knights fried by flame throwers, burnt by molten lava and simply fall to their doom. 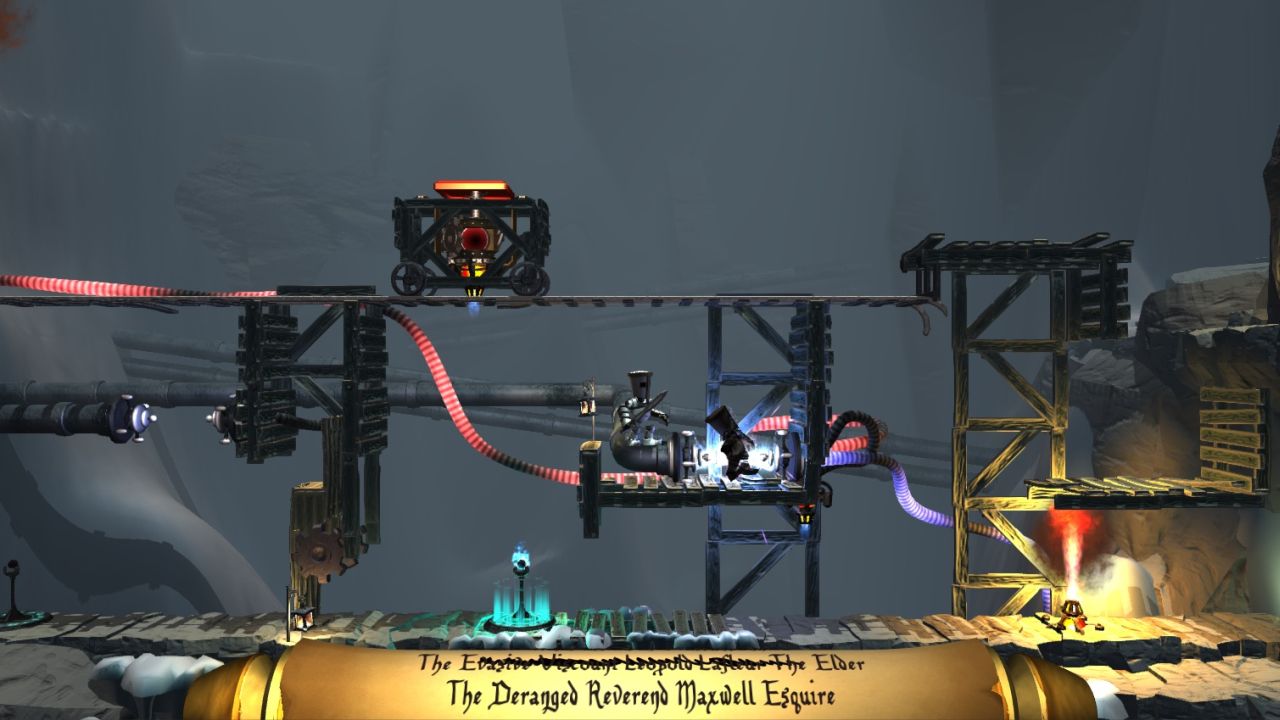 If you play this game you are going to witness a higher deliberate body count than any game that you’ve ever played before. And, to make it worst, every knight has their name written across the bottom of the screen which is unceremoniously crossed out at the time of their demise.

It’s an ingenious game mechanic guaranteed to raise a wicked smirk at such a delightful piece of black humour.

The idea, of course is to complete each Level killing as fewer knights as possible. Each Level has a target time and number of deaths to equal or beat. Hidden away on every Level is a furry creature called Jeff that likes eating people. Any knight walking up to him will get gobbled up by the fur-ball for an extra end of Level bonus. 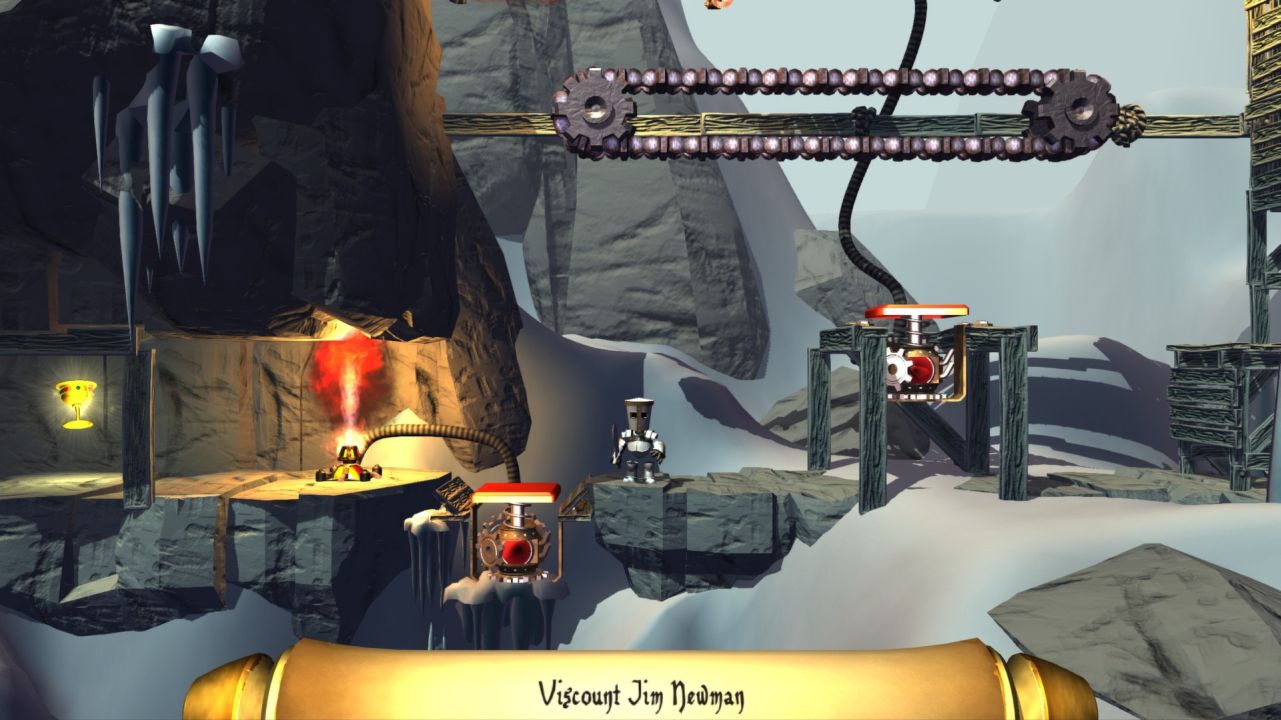 The game is very well paced, carefully easing players into the game’s mechanics. Things start with simple switches and end up with anti-gravity generator. The result is a game that is most certainly challenging, but not unfathomable. There were a few puzzles that ramped up the difficulty, but never once did I find myself getting frustrated with what eventuates to be a quite a complex game.

Due to the game’s accessibility it is, arguably, a bit too easy sometimes, but I think the designers what player to enjoy the game rather than get annoyed by it. Still, I can see hardcore puzzle fans being a little underwhelmed.

There are over fifty Levels, though, which isn’t bad for a game under $20. The only thing that’s missing is a Level editor, although I imagine that the developers are planning some additional DLC Levels of their own. 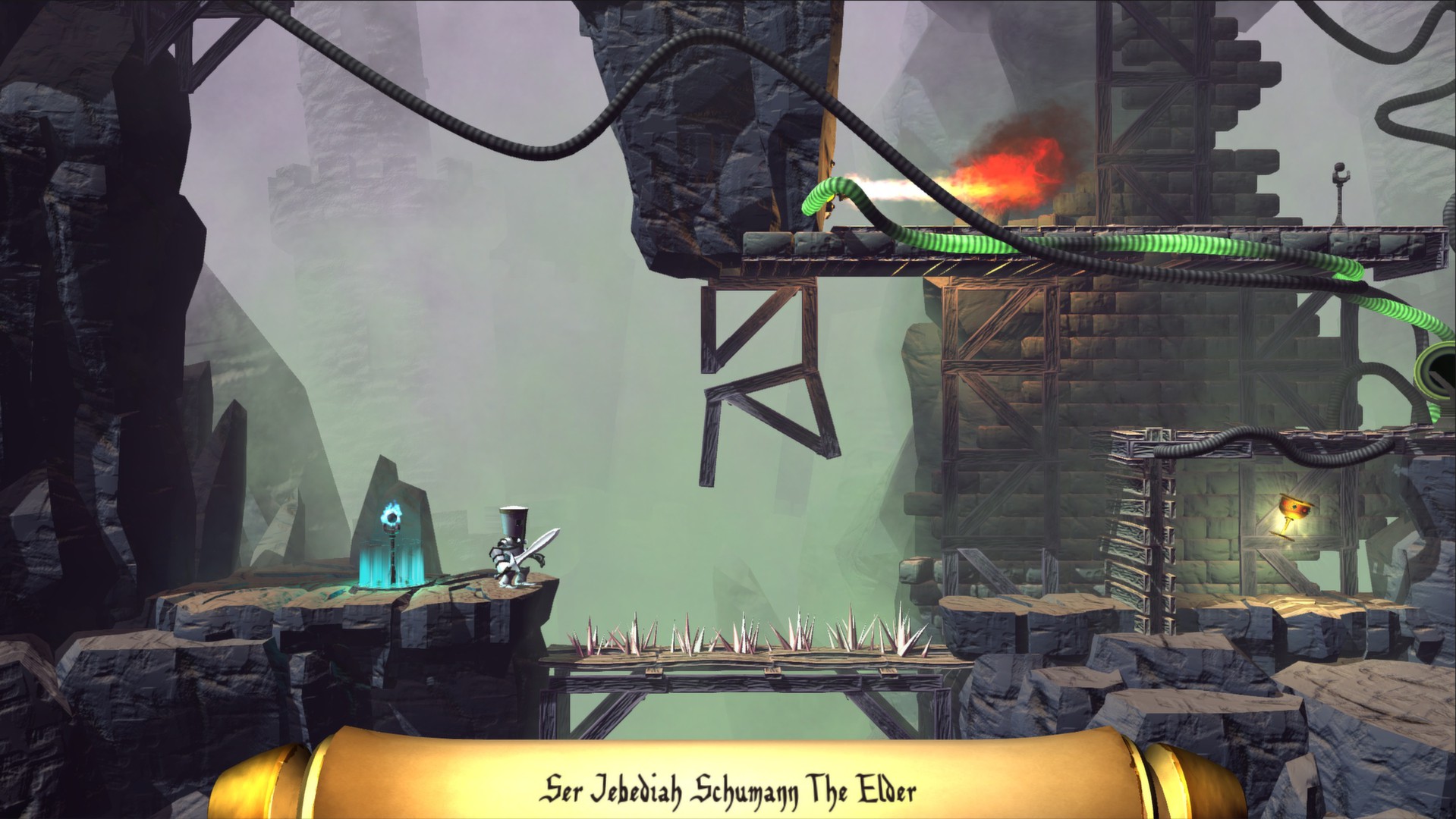 I’ve not much of a platform gamer these days. That being said, I found Life Goes On a very difficult game to put down. It does have certain a charm about it; that and it being such a simple idea, ingeniously executed, makes the game an easy one to recommend.

Even if you don’t usually go for indie fayre, you ought to give this one a go. Life Goes On is available now on Windows PC, Mac and Linux and has recently released on PlayStation 4, with expanded puzzle environments, tweaks to gameplay and adding more humour and personality. This makes the experience of this puzzler / platformer all the more sadistically enjoyable with a controller.