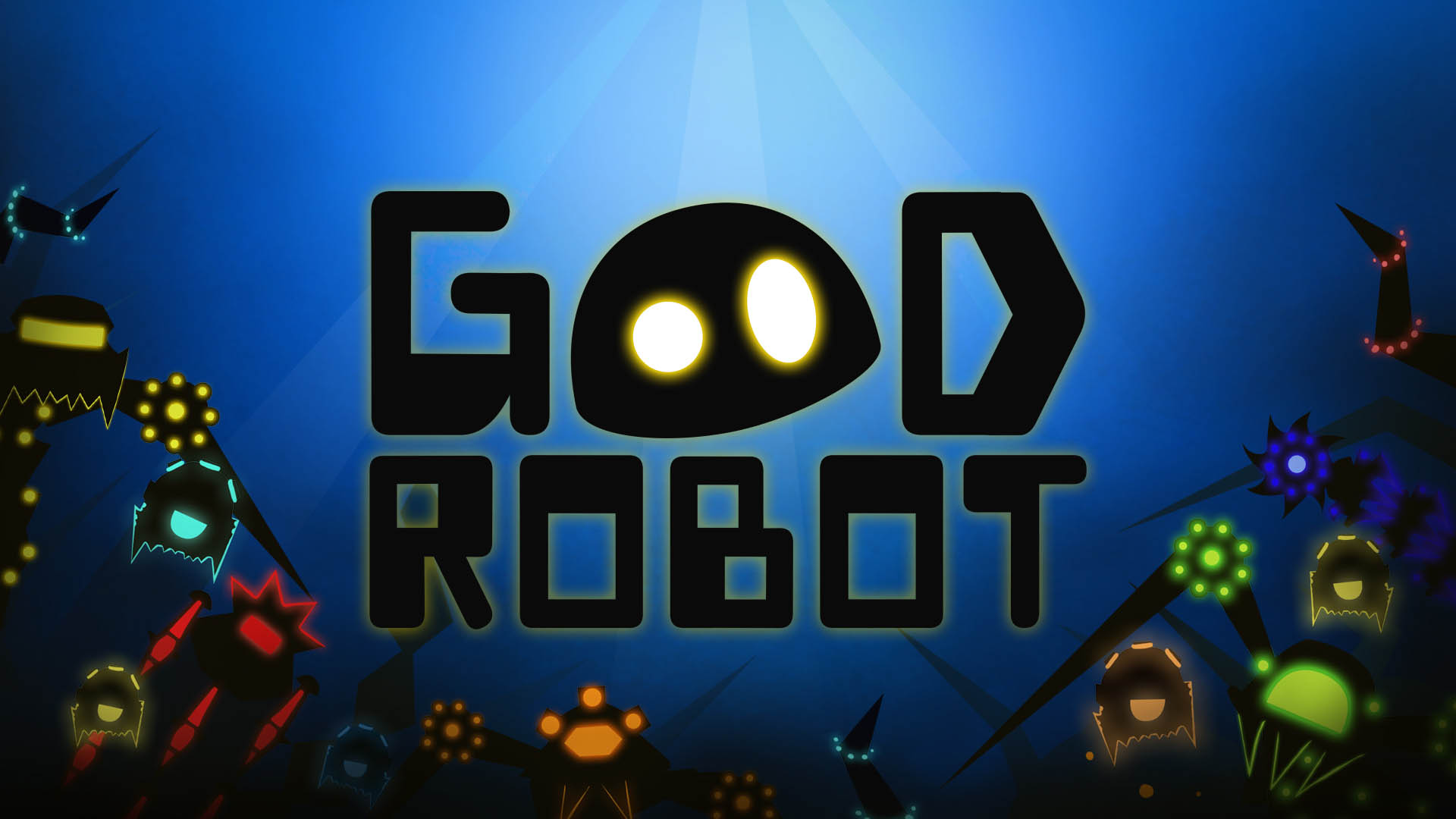 The moment I read about Good Robot it seemed like it could be something special.   The humour in the blurb and the ambitious nature of the game certainly peaked my curiosity in many ways and in some it delivers.

Good Robot is a side on multi directional shooter (like pixeljunk shooter) that takes some elements from rogue-like games to make it slightly different from the average multi directional shooter.  Most notably in the way the torch belonging to the robot is used.  Where you are aiming shines your light that way and you will only see enemies in your light, allowing enemies to surprise you if you are not facing the way you are going and for enemies to hide behind scenery. 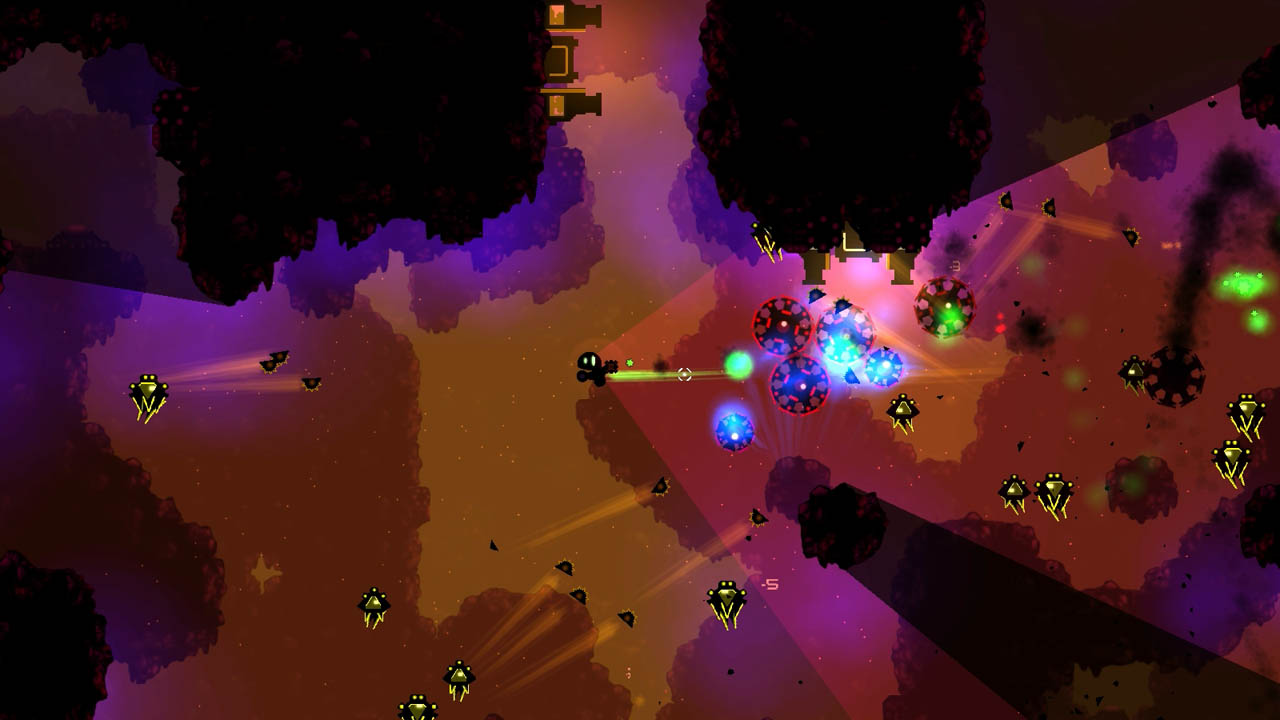 The torch mechanics are integrated extremely well into the gameplay in that it feels natural seeing where you are going. It also makes small corridors and areas a lot more interesting as anything could be behind a corner or behind a lip.  It also has procedurally generated maps so variations in gameplay when you repeat a level is great in adding replayability,  but that is about all it brings to the table that is not in any other multi directional shooter.

Good Robot certainly touches on humour in its premise and throughout the game, but I was a little let down.  It has humorous names for enemies and you can buy invincibility hats that you wear for a period of time which are silly things like froggy eyes and a hat the pope wears, but there really is not much more than that.  After reading the premise of the game I was expecting it to lay a lot more humour out than it does. 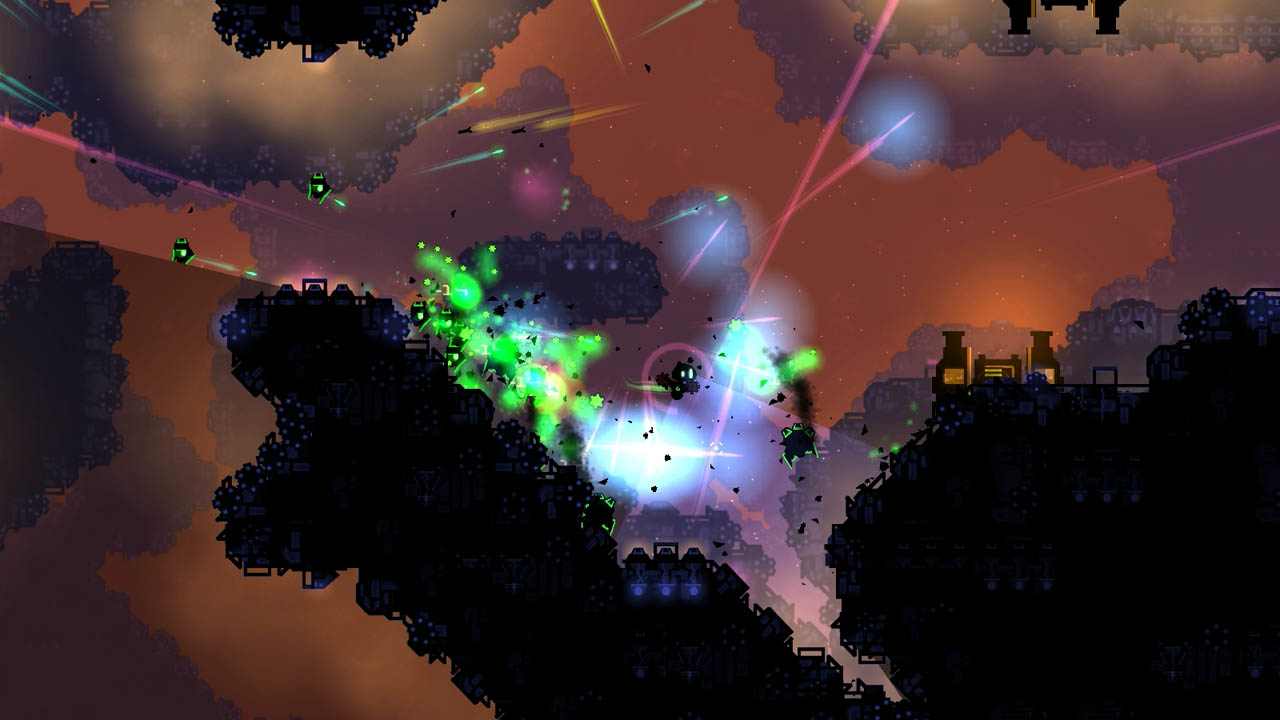 The sound effects are very average.  They are not bad but nothing worth writing home about.  The art style at first seemed fun.  The design of the robot itself was quite neat and at first the enemies and the scenery seems quite good, but it gets repetitive fast and new enemies do not really stand out much.

Functionally the game is solid.  When I first launched the game it started in a 720 x 480 resolution windowed screen.   I played it for a while like that thinking it might have been by design but then set it to fullscreen and maxed out the resolution which made the game considerably better to look at.  To rule out my PC as the reason I installed it on another PC only for it to initially start out with that setting again.  Granted it is only a minor inconvenience, but it was an unnecessary inconvenience when you are not expecting it.  Aside from that I did not encounter a bug or glitch.  The game has been built well which to be honest in this day in age, was a surprise. 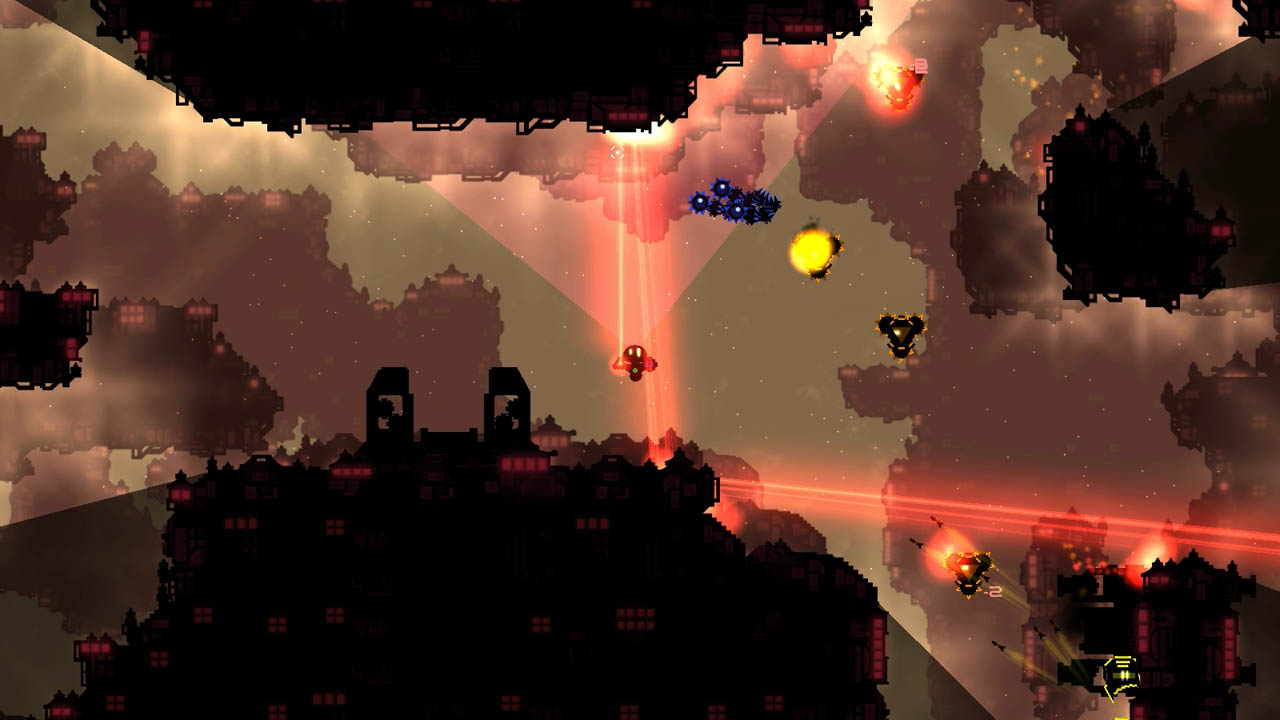 In a world where indie games are introducing new ideas and testing new waters, Good Robot seems to touch closely to being something brilliant, but sits somewhere in the middle.  A solid, albeit average game with some great ideas that just does not do enough to be much more than a slightly above average title.  If you have nothing to play you could do much worse than Good Robot, but if you are looking for the next great experience this may not be what you are looking for.