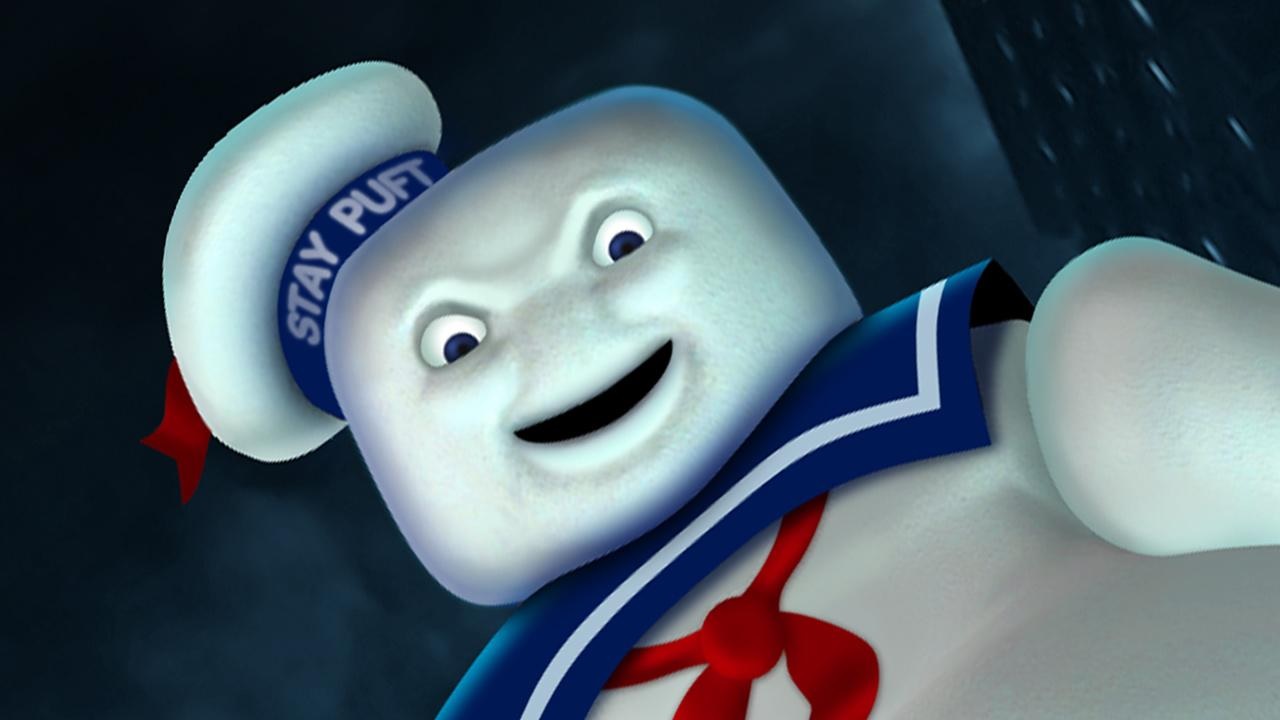 No one (I don’t think) is more excited for the remaster of Ghostbusters – The Video Game.

Originally released on PlayStation 3 and Xbox 360 back in 2009 this was not only an ode to the original film franchise, it also REALLY pushed the processing and graphical prowess of the consoles at the time.

Now, thanks to developers Mad Dog players of the first release, like me, can relive the epic gameplay all over again and newcomers can experience the best Ghostbusters game ever made.

Ghostbusters – The Video Game sees the return of the ENTIRE, original cast members (minus Sigourney Weaver).

You assume the role of a newly hired rookie and once you learn the ropes within a small in-game tutorial, you’re kitted up with a newly constructed and largely untested experimental Proton Pack (luck you…) and you are on your way through NYC, tearing up the town. Literally. 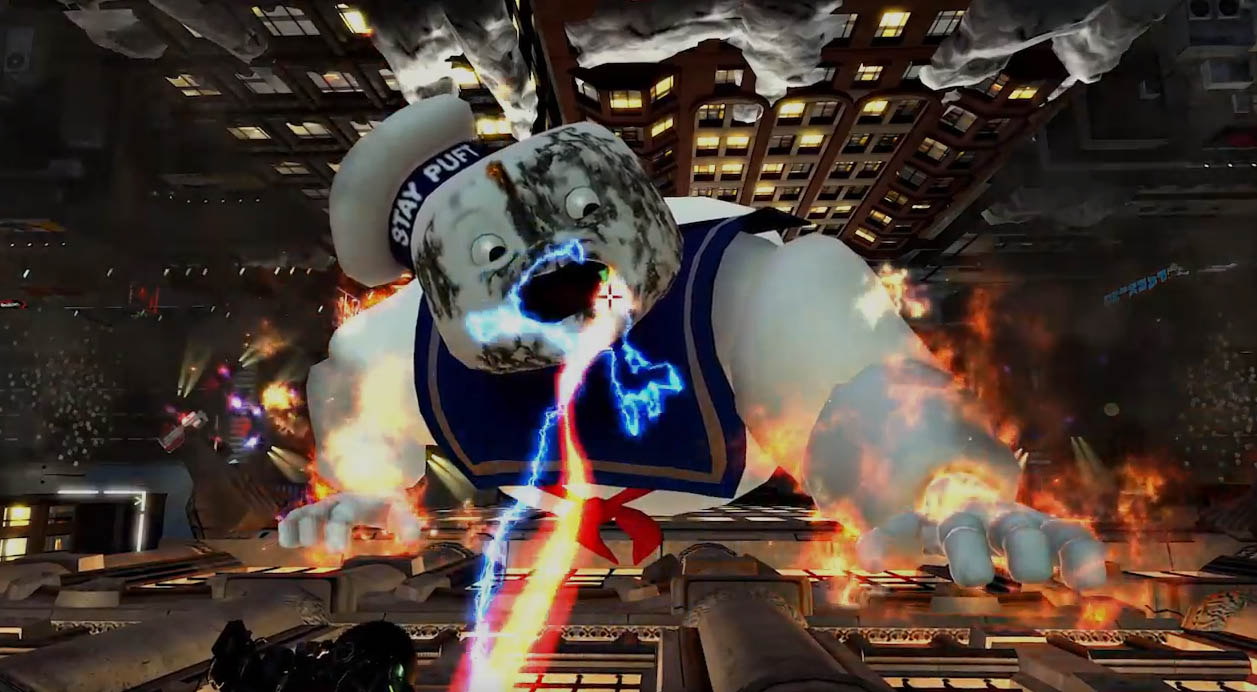 After chasing Slimer from the Ghostbusters HQ (the old Fire Department Building) over to a Hotel (as depicted in the first movie), you are tasked with exterminating a Bell Hop ghost from the Hotel (oh, and a fisherman who turns the upper floors of the Hotel into a soaked sea wonder world), where the gameplay lead up sees you encounter your first major entity; the giant always family favourite – Stay Puft.

Just as with the movie, he is back in full form, as giant as ever and terrorizing the city. Probably taking almost a quarter of the entire game, Stay Puft sees you and your team go from marshmallow burned streets to dangling from the tops of a high rise building.

From the Library where you may remember the Grey Lady who sssshhhh’s everyone, Ghostbusters – The Video Game is a remixed version of the first film. Events that we remember are there but not in chronological order.

Combined with that is a previously unexplored past that sets the main story for the game, and as to why the events are reoccurring as they did all those years ago, i.e. the return of Stay Puft and so on.

Ok I need to add in here how impressed I was with the Library scenes back in the 2009 release – and still in this generation I am equally impressed.

Asides from the experimental pack which overheats and must be vented, you also eventually gain a Slime add-on, an electro pulse and more. Changing what to use is simple via game assigned hotkeys. 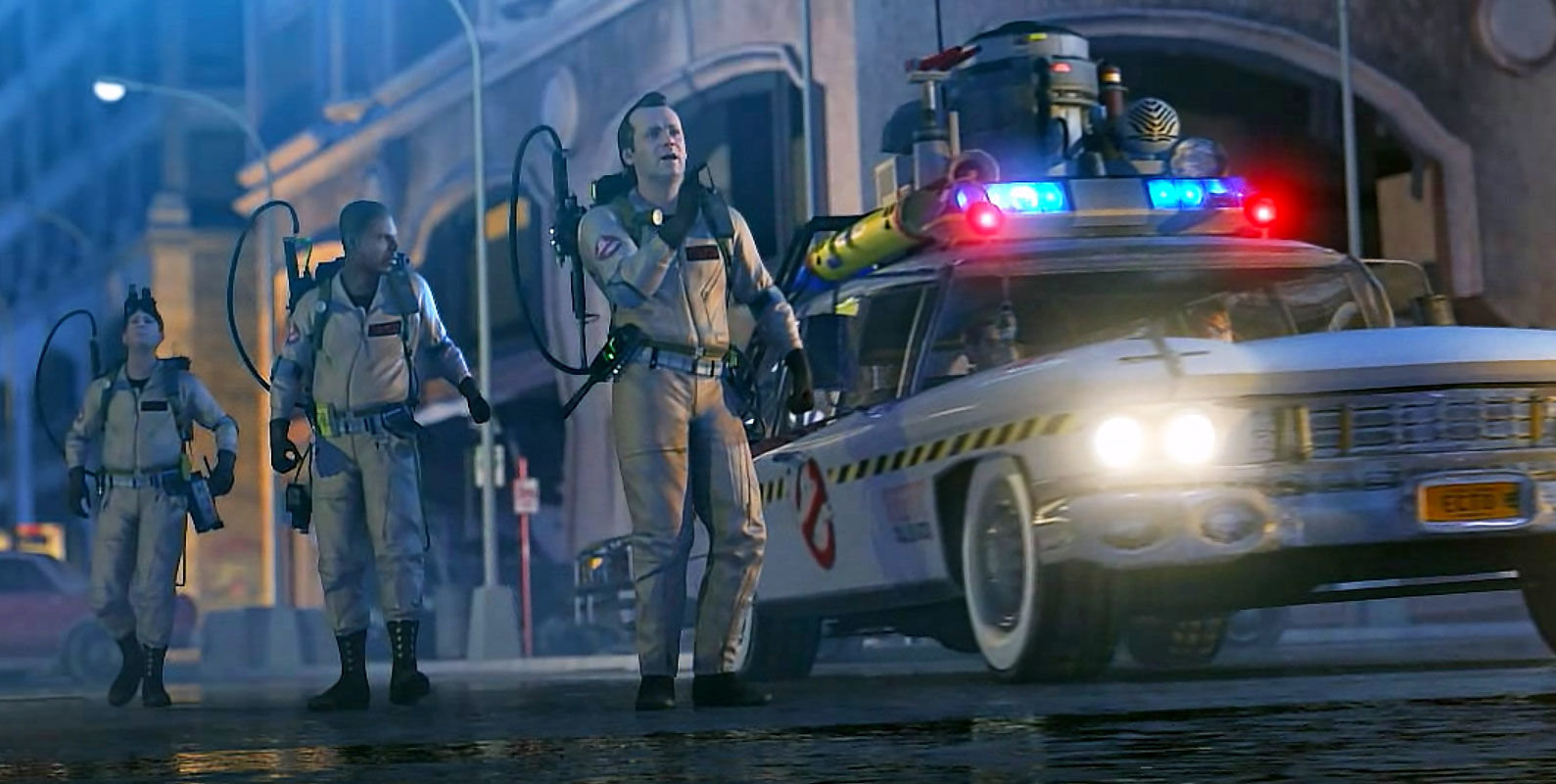 You also have traps, these are easier to use than I expected they would be. Getting the ghosts into them is another matter.

With your Proton, Particle Beam you can perform ground slams once you are latched onto the spectral nuisance, this weakens them and enables you to pull them over towards the trap beam easier.

From your PKE Meter (using this places gameplay into first person night vision) which also doubles as a camera of sorts, through to your back packs, they can all be upgraded.

You use money derived from the eerie snapshots you take of ghostly activity, or samples of ectoplasmic goodness.

You’ll go from the darkest depths of NYC through to the Spirit Realm and more during the 12 or so hours of gameplay. Completing the game unlocks some goodies for your viewing amusement. 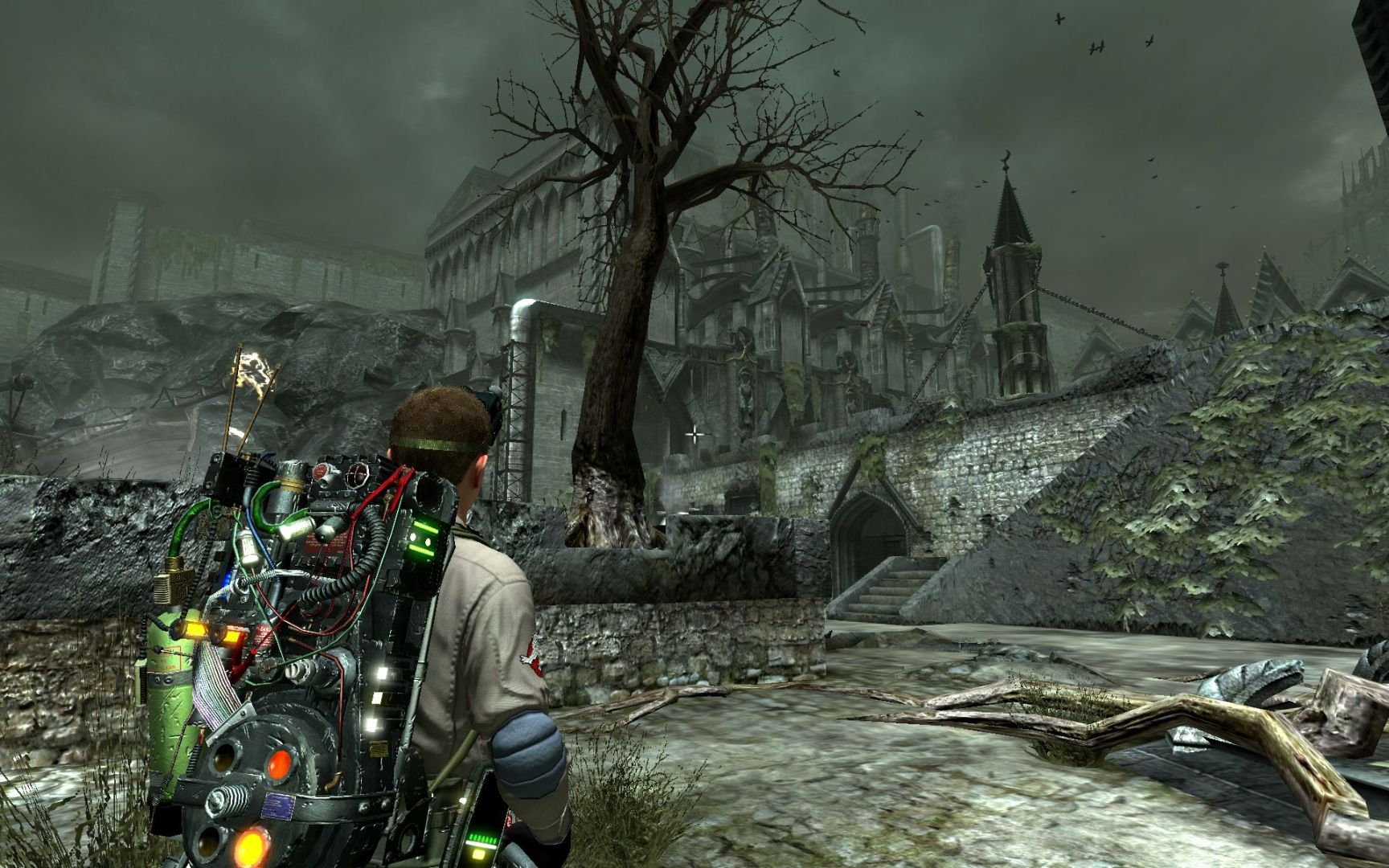 A huge downside with the original 2009 was an extraordinary loading time, especially when getting to the Library Level. In this current gen of console, on PlayStation 4 this issue has completely gone. Gameplay is seamless and smooth.

The main portion of the game is Career, which is the primary narrative, however there is also multiplayer to be had.

If ever there was to be a tribute to the movie that shaped my childhood (along with Gremlins, Goonies and GI Joe) Ghostbusters – The Video Game is it.

Strap on that Proton Pack, grip your console controller and clean up the town – but try to avoid crossing beams…