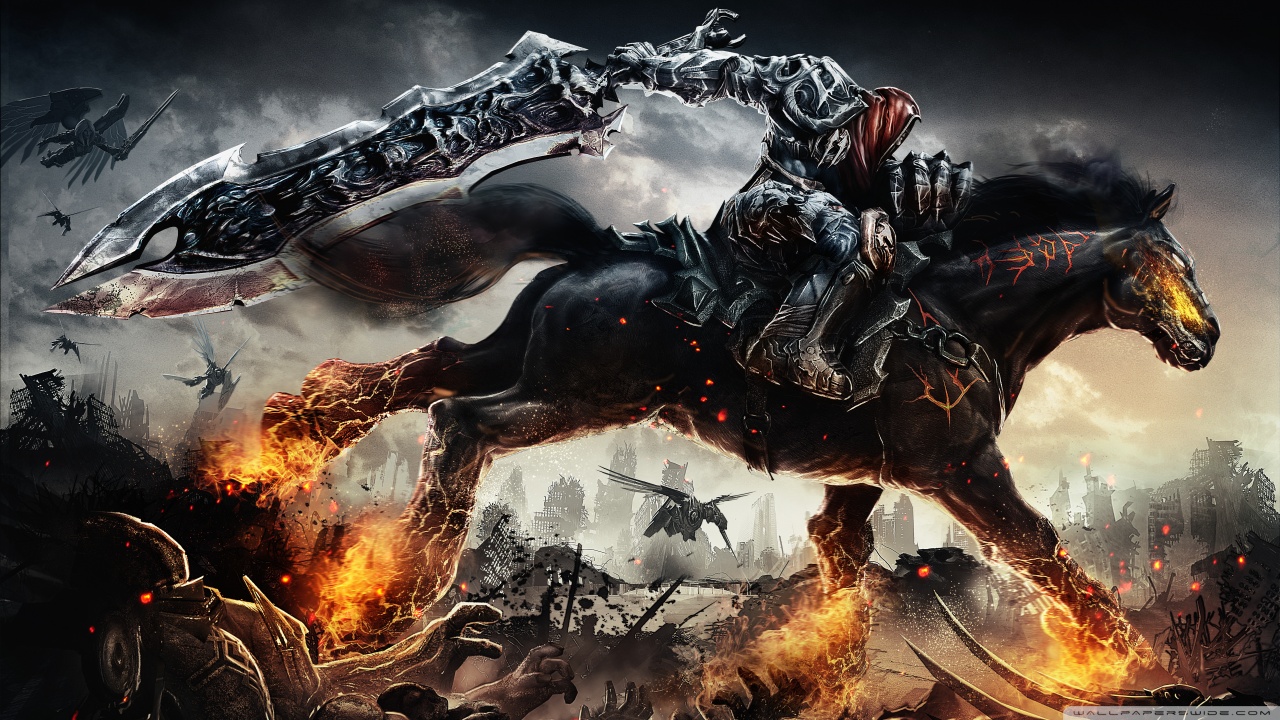 One thing the more recent remastered games from the last decade has demonstrated to me, is how gorgeous some of the games in the last console generation really were, especially in a design context. Bioshock: The Collection had everything upgraded but even looking at a side by side comparison it was clear how gorgeous the original game was and Darksiders: Warmastered Edition gave me the same moment. 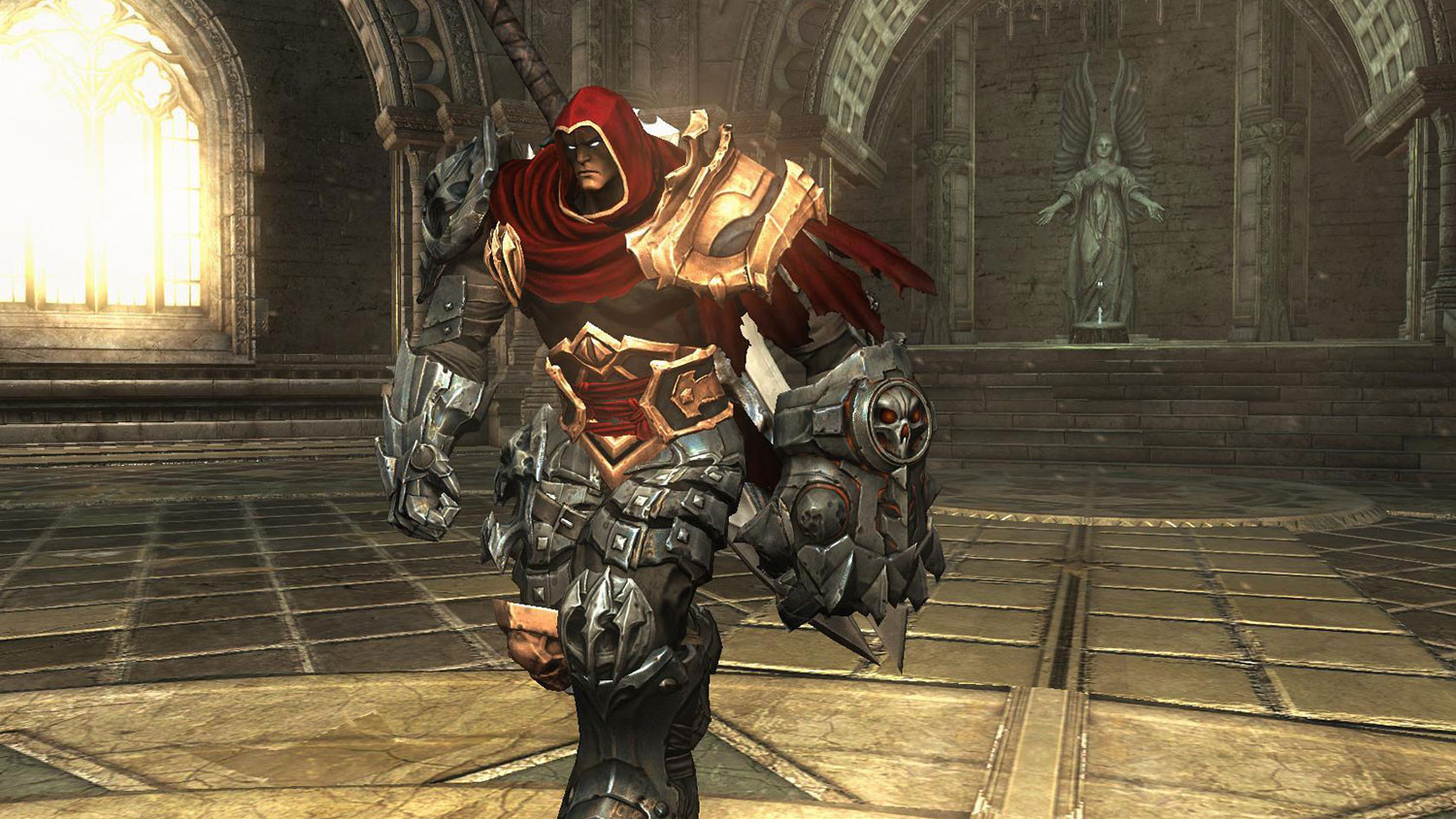 That is not to say that Darksiders: Warmastered Edition does not look better than its original form, it definitely does. Increases in the technical aspects have made it look better in nearly every way, but thanks to its fantastic design it has not aged badly, making it an all-round pretty game. Not top of the line current gen but still very pretty.

Unfortunately, that is where the benefits of the Warmaster end. It is a prettier version of a great game but that is it. The other side of that though, it is being sold at a very reasonable price. They are not expecting a full games price for a new pretty version of a great older game and that is pretty awesome.
If you have not played Darksiders before, it tells the tale of the literal four hoursemen of the apocalypse who have been unleashed prematurely destroying everything on earth. The Council who presides over existence finds War guilty of causing the premature end. 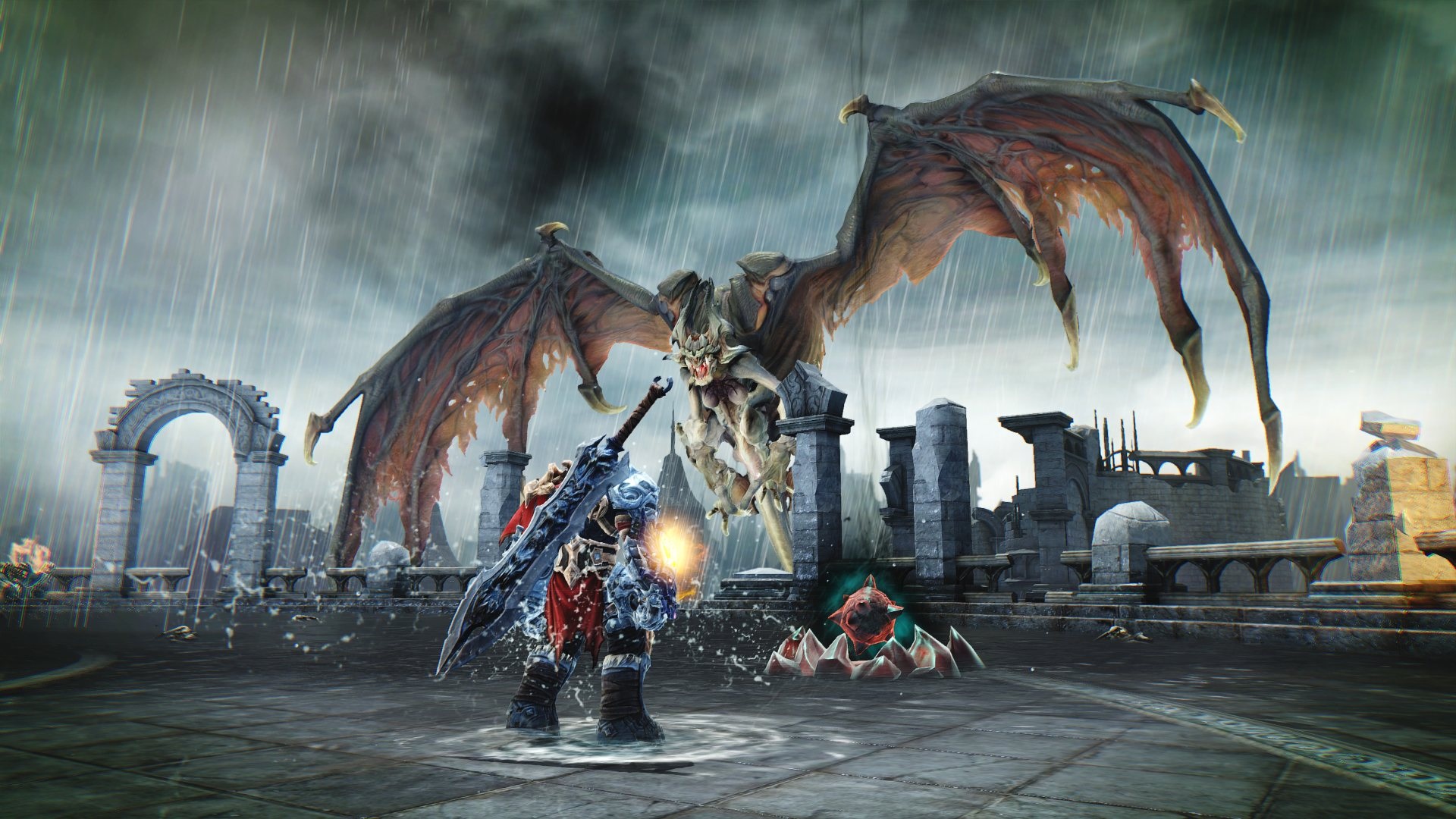 He convinces them that he should return to earth and find out what happened and as such you return to earth with your court appointed parole officer The Watcher. There has been a big battle between angels and demons for 100 years and you will hack and slash your way through all of them to find your brothers, the other three horsemen and the answers to what happened.

Stories taking twists on demons and angels are not uncommon but the specific story and the way it toys with the biblical origins are really interesting and very entertaining. The real winner is its aesthetic which looks awesome and with some exceptions has not aged that badly. There were times such as hollow buildings that get cut open that show their age but for the most part it is a great looking game. 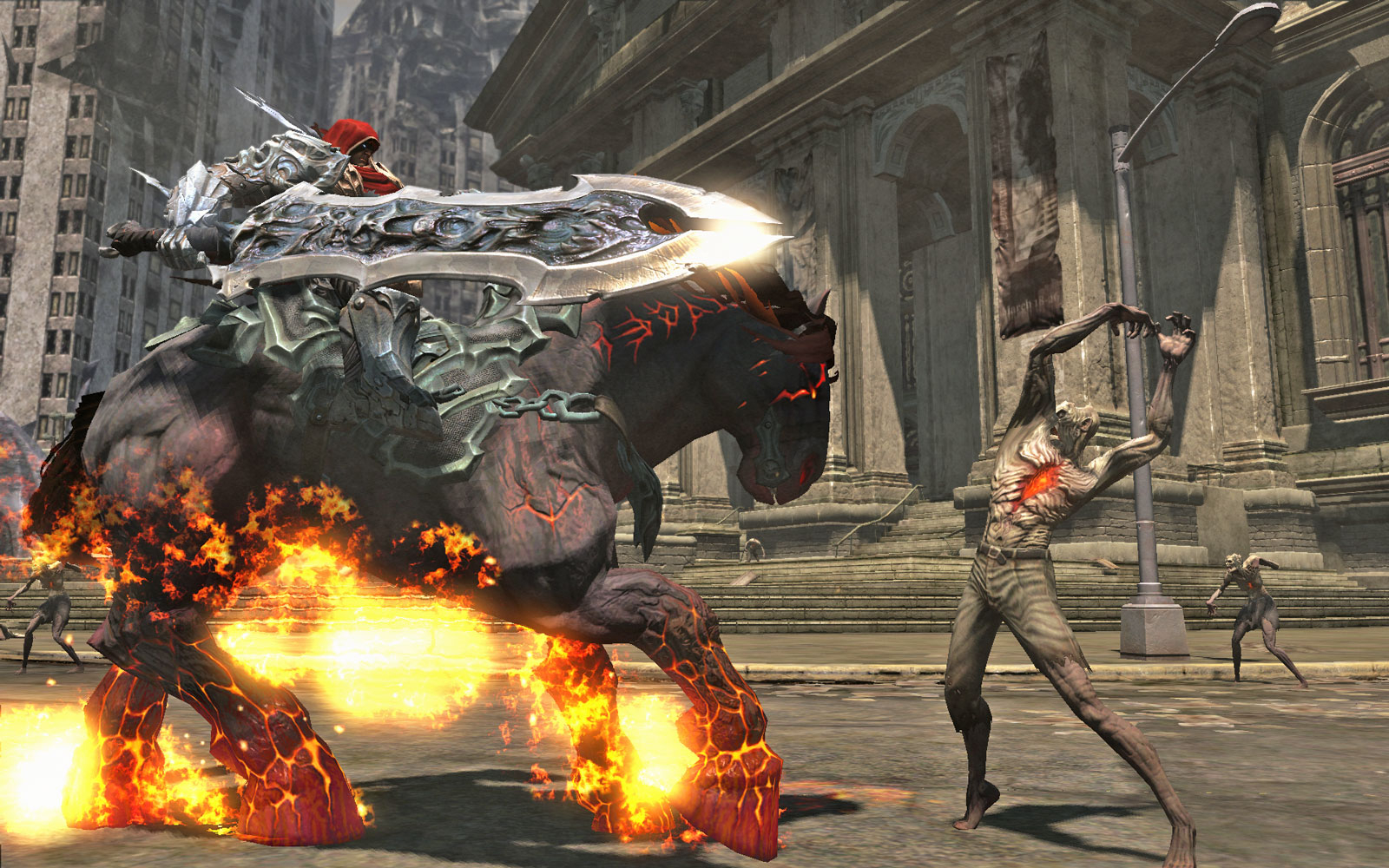 The gameplay is very much a well-crafted hack’n’slash title, with the usual upgrade systems.

Nothing really of note there except they are all solid and deep enough to be engaging but simple to make it quick to get your head around. The game is quite open in that you can wander areas to your hearts content and the puzzles are not so complex that you will bang your head against a wall, but can be challenging enough to be annoying in a good way.

As a remaster Darksiders: Warmastered Edition takes a great game and makes it prettier. If you have played the game before and are not interested in just replaying the same game, there honestly is not much to see here. If you have been considering returning to Darksiders, or if you have not played the game before, they have done a good job of tidying it up and at its price it is certainly a must play for the hack’n’slash fans among us. I just wish there was something extra for returning players after just a bit more Darksiders content.