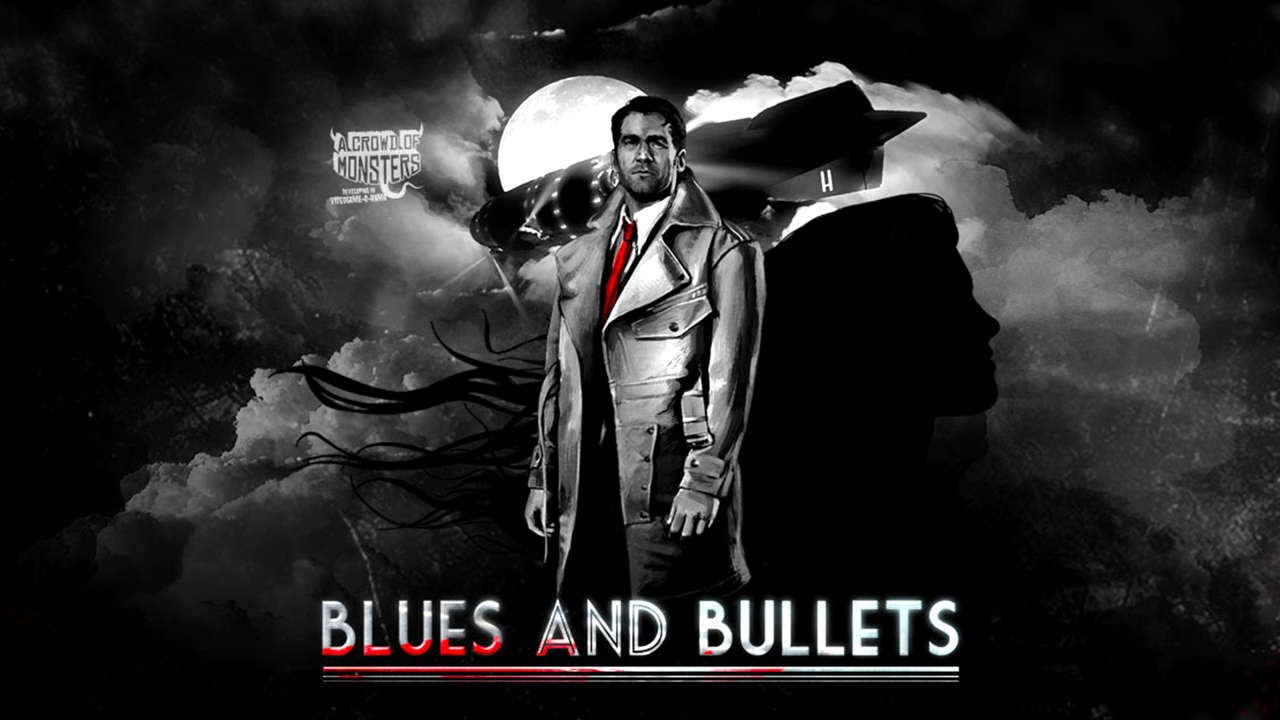 I will forgive you for not having heard of A Crowd of Monsters’ episodic adventure game, Blues and Bullets. Were it not for a review key falling into my inbox from the publisher’s kindly PR people, I wouldn’t have either.

And that would have been a shame.

Whilst episode one was released late last year, the rather extended wait for the second part is over. Now that first two episodes are available on PC via Steam, Xbox One and PlayStation 4, I think a whole lot of people are going to pleasantly surprised by this somewhat different take on the further adventures of 30’s super-cop Eliot Ness. 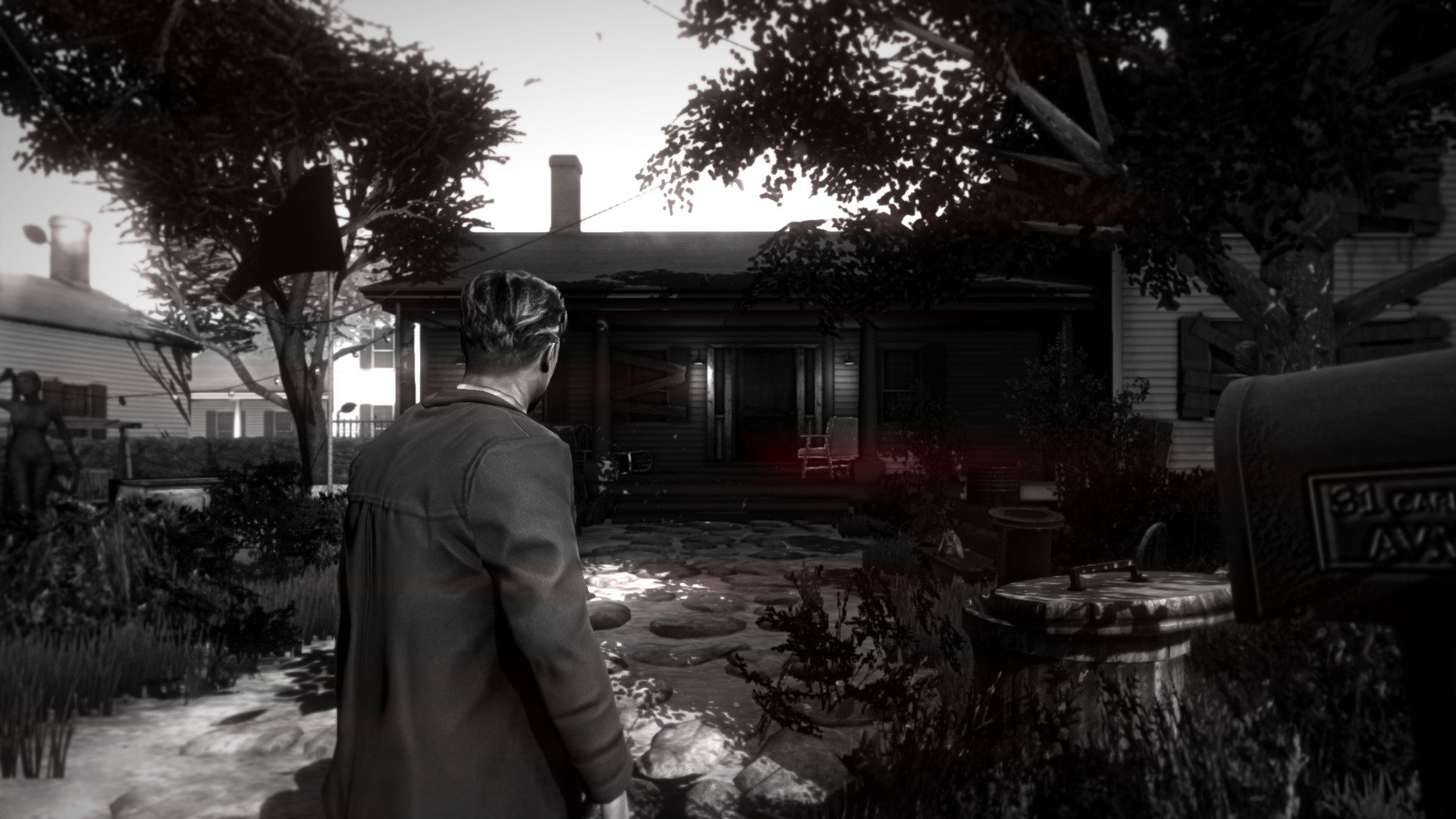 Former member of The Untouchable, Eliot Ness, having put away famous gangster Al Capone, has retired from the police and opened a diner, the titular Blues and Bullets. When and aging, and free, Al Capone asks him for help, Ness swaps his apron for a trench coat in order to confront his old nemesis, once again.

The game wears its inspiration on its sleeve. It’s a hard-boiled pulp-style tale in a classic noir setting. Heavily stylised, the game’s black, white and red pallet is very reminiscent of Frank Miller’s Sin City. I particularly like the red flecks in the lens flares- a tip of the hat to JJ Abrams, no doubt.

Blues and Bullets uses the same play-style as Telltale’s successful games, it’s a modern version of the old point-and-click adventures, but with some cover-based action shooting sequences thrown in. The game also draws on Rockstar’s L.A. Noire (and recent entries in Ubisoft’s Assassin’s Creed series), with players searching for clues and piecing together evidence to find leads. 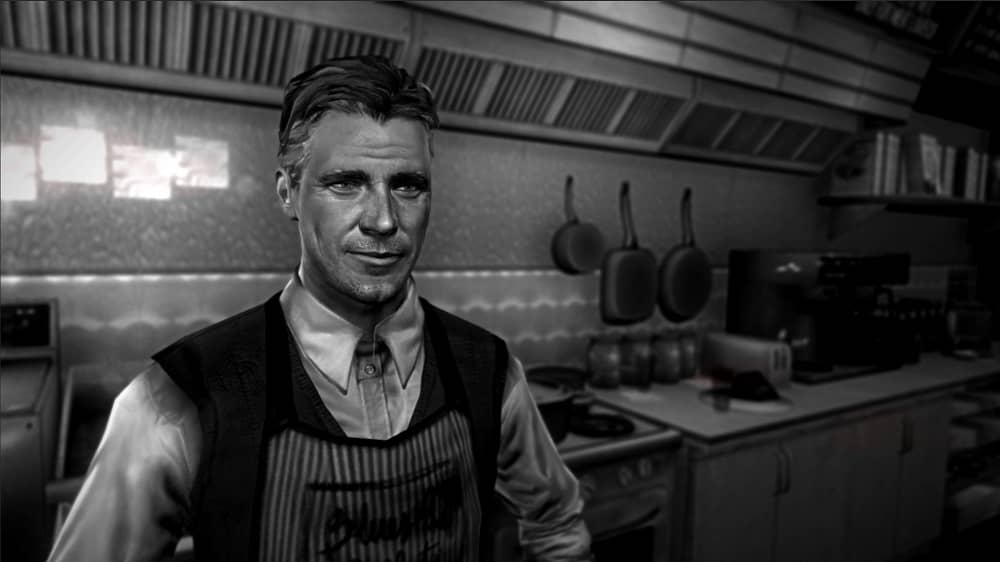 The gameplay meshes together quite well and, with an intriguing setting, keeps you engaged.

The environments are a bit more three-dimensional than these sot of games usually are, the software-controlled camera sometimes obscured the path ahead, a tiny little moan for the system that, on the whole works fine and adds extra drama to the scenes. By-the-way, A Crowd of Monsters also borrows, quite successfully, Max Payne 3’s punctuated in-scene text to further stylise the game.

As nice as the game looks, though, I wouldn’t be surprised if some of the presentation isn’t down to budget constraints rather than a stylistic choice. The muted colour pallet disguising some of technical shortcomings of the character animation and modelling. But it’s still a nice-looking game. 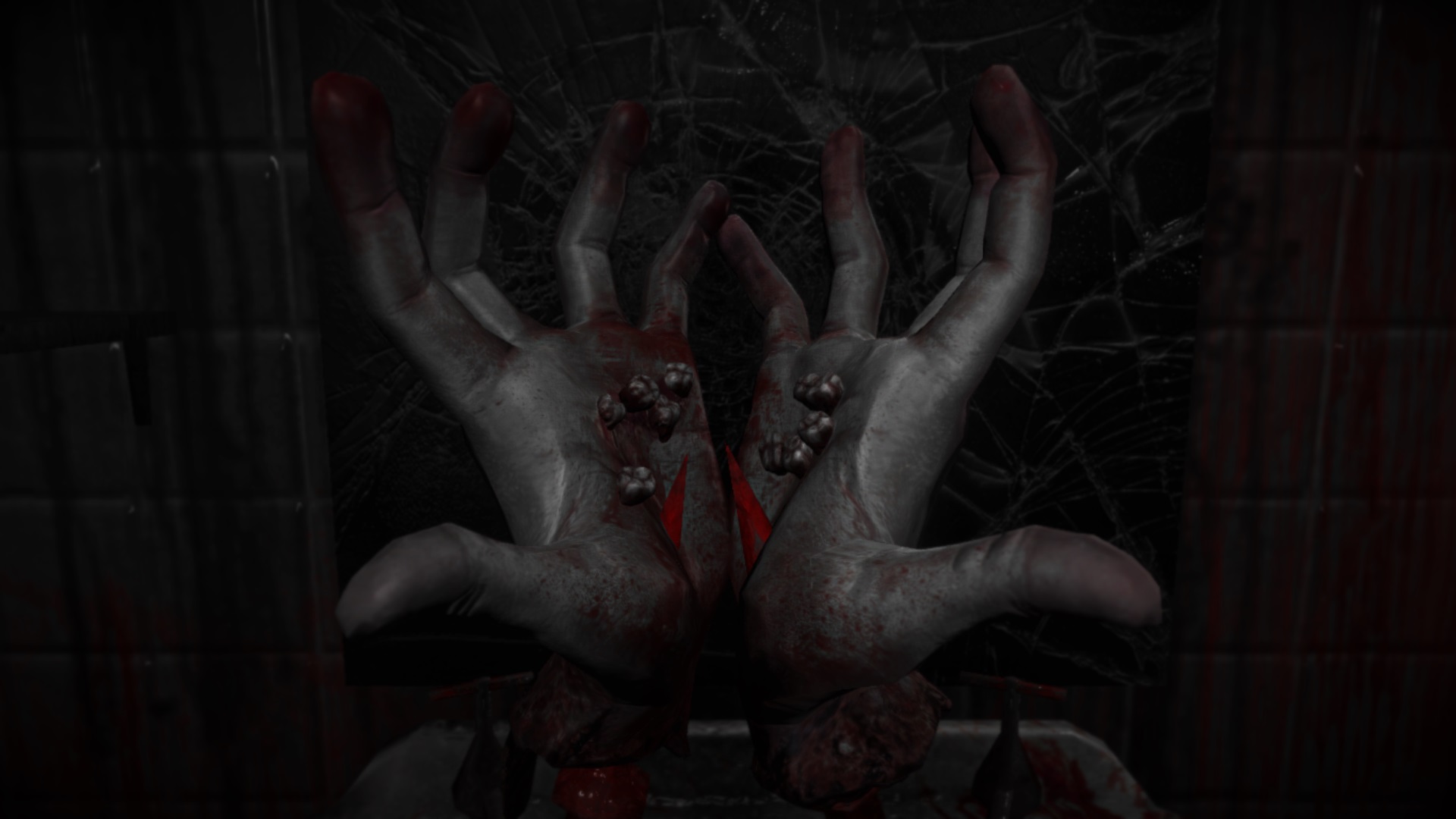 The world of Blues and Bullets starts off like a straight 1940s period piece, until you find yourself on a floating hotel, the repurposed Hindenburg. Taking cues from films like The Rocketeer and Sky Captain and the World of Tomorrow, which in turn were inspired from the Republic serials of the 40s and 50s, the game should press all the right buttons for genre fans.

The first episode “The End of Peace” sets us up with a flashback to Ness in his hay-day, as he finally collars Al Capone. We then flash forward to the retired Ness in his diner where he gets an interesting offer that may have something to do with all the missing children in Santa Esperanza. There’s a lot to take in as Ness gets embroiled in the macabre case. 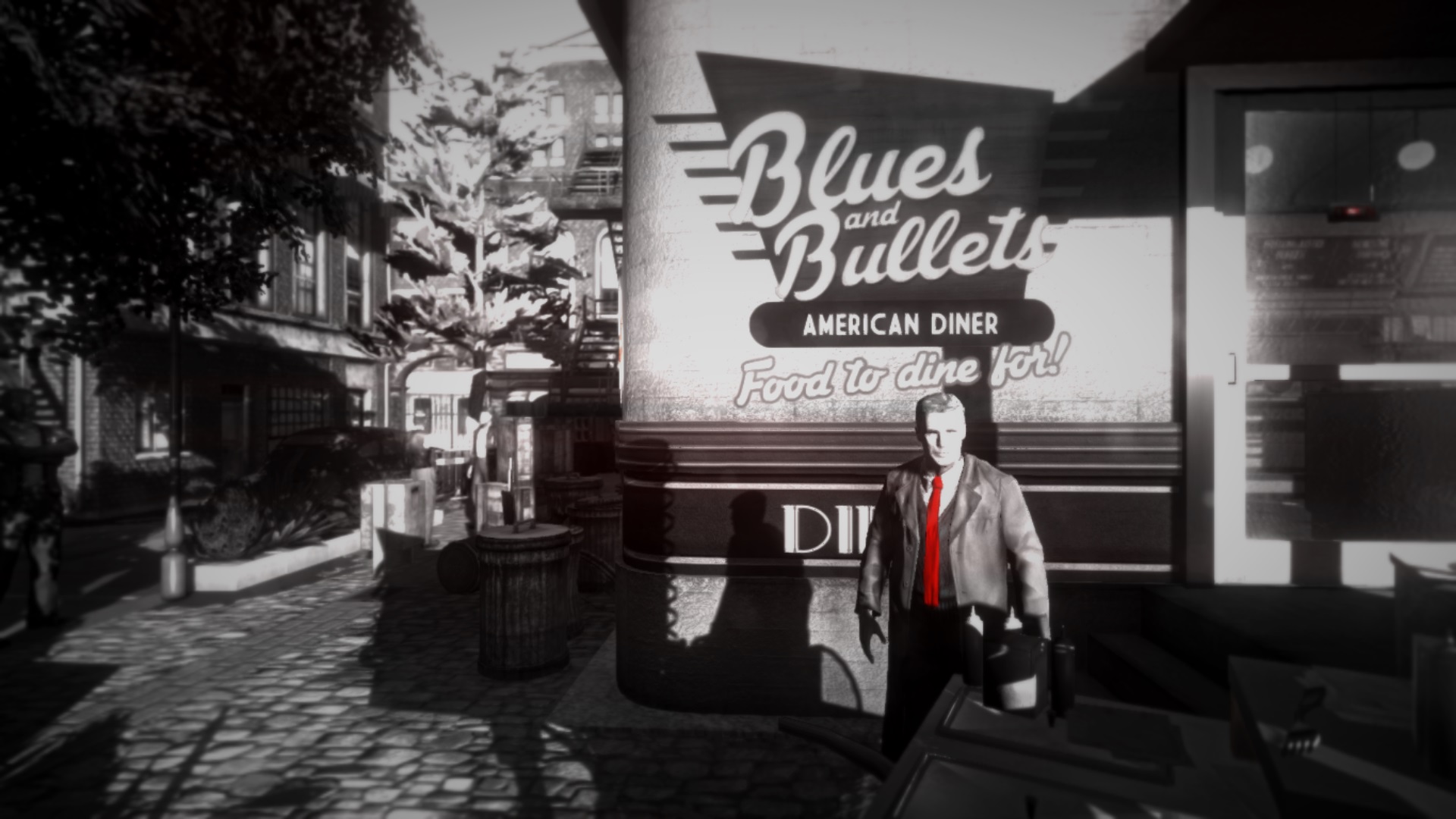 With the characters established, episode two, “Shaking the Hive”, has better pacing. Again we start with a flashback, fleshing out Ness as a good, but flawed, man. The case does take a gruesome turn- this is not a game for kids. This episode seemed to give me more story, more action and more detective work than the previous episode, thought I’d say it was about the same length, as around two and a half hours. Again, a great story, ending in a cliff-hanger that had me begging for more.

Blues and Bullets is an interesting noir-style adventure game in an intriguing setting, all tied up nicely with a gripping hardboiled detective narrative. The first two episodes have been a rather pleasant surprise and with three more episodes to go, now’s just the right time to jump on board.