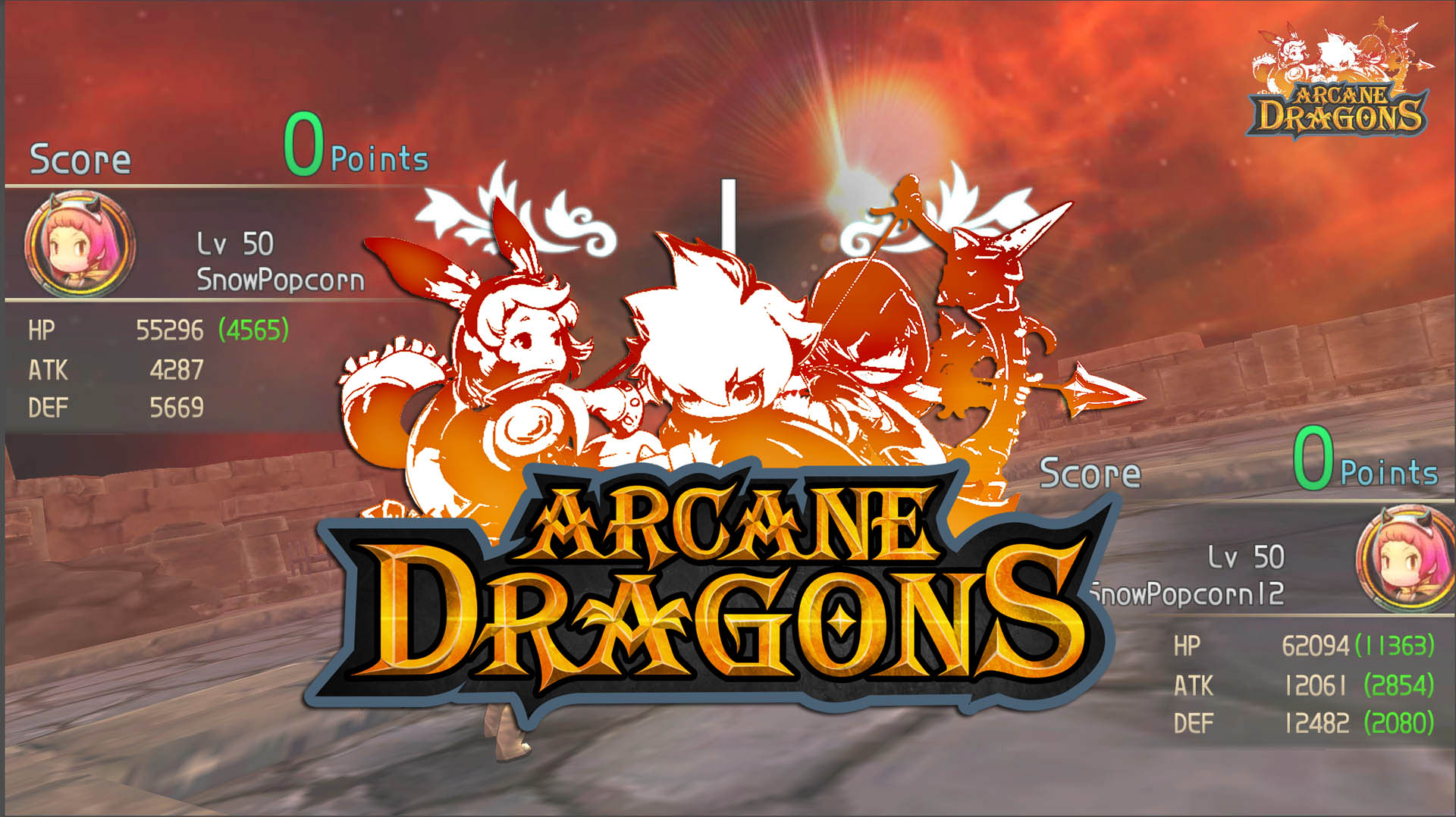 The mobile market is a fickle beast, with an exhaustive list of games being released regularly, varying from good to utter trash it can be tough to see the good ones rise to the surface.  This is even more the case on Android with many quality titles staying put on iOS, so it’s fantastic to see a game like Arcane Dragons rear its head from the noise.

Arcane Dragons is an Action RPG that involves dropping into dungeons where you will run around defeating all of the enemies and collecting treasure.  Each dungeon is relatively short, though the harder the dungeons get the longer they take to beat.  This is essential and makes for a great mobile game as it is easy to pick up and play for a little while and either keep playing or put it back down. 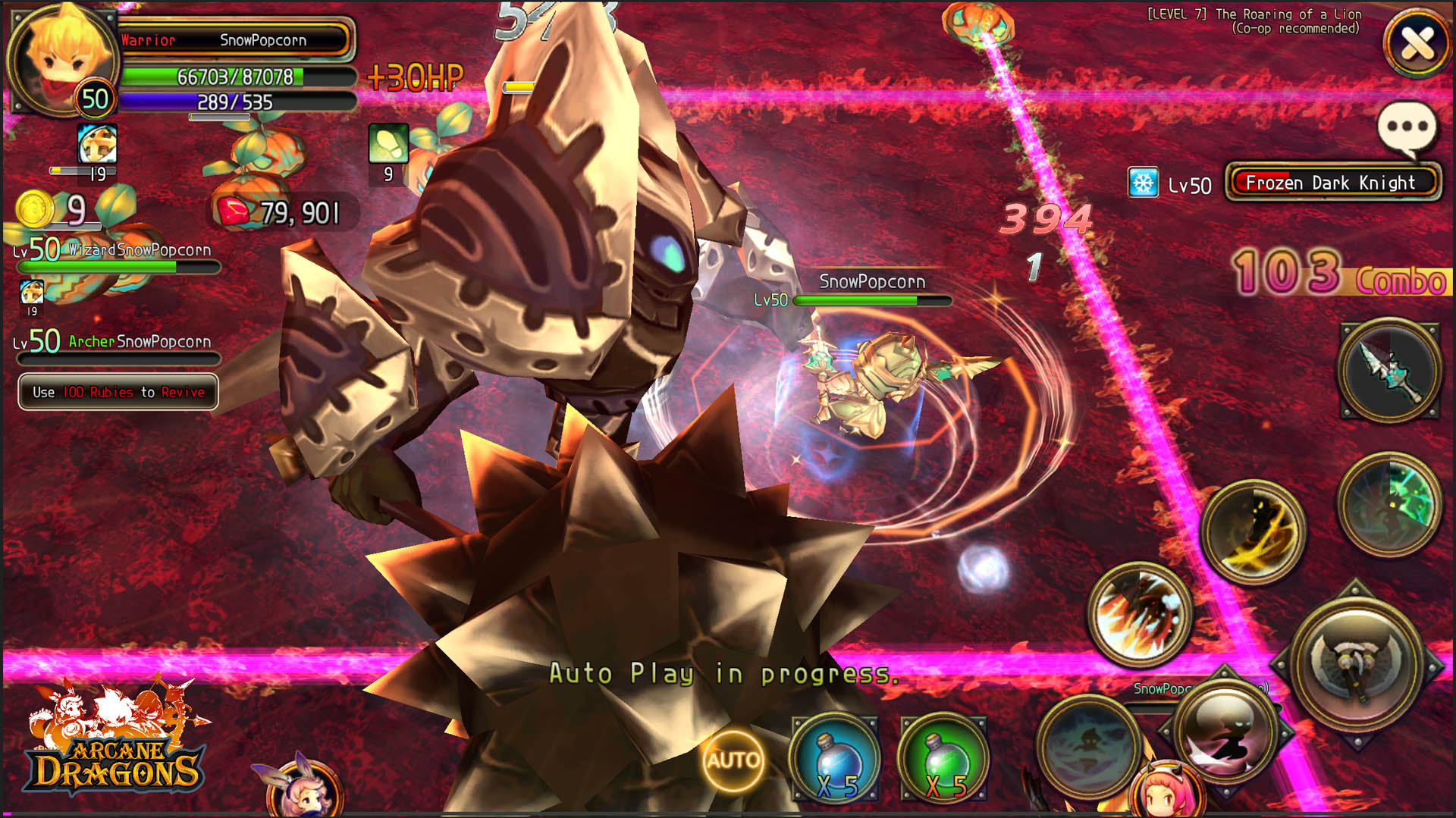 The short dungeons in single player mode is framed with the story, which is told by character drawings and text.  The issue of reading too much, which can be tedious in some games is beaten by providing short bits of dialogue before and after each mission.  This means you do not need to tap through too many walls of text to get to the gameplay, but keeps the story rolling.  The story itself is OK, telling the story of Ethel who with his smart companion Heidel, and Cerise, the dragon they find, work on discovering the source of a change of monsters and dragon activity.

While I fell in and out of the story as the game progressed what I did not fall out of was the gameplay.  It is a simple isometric action game with a gorgeous chibi aesthetic.  Running around using the left stick that appears when you place your finger somewhere on the left side of the screen and attacking using the virtual attack and special attack buttons its relatively simple and starts super easy before you hit its steep difficulty curve.  The biggest win is its Auto mode where you can have the game play the levels for you.  But you can override the controls at any time, which I found myself using more during extended play periods or when trying to beat time trials where the game could move me more efficiently but I would do the attacking. 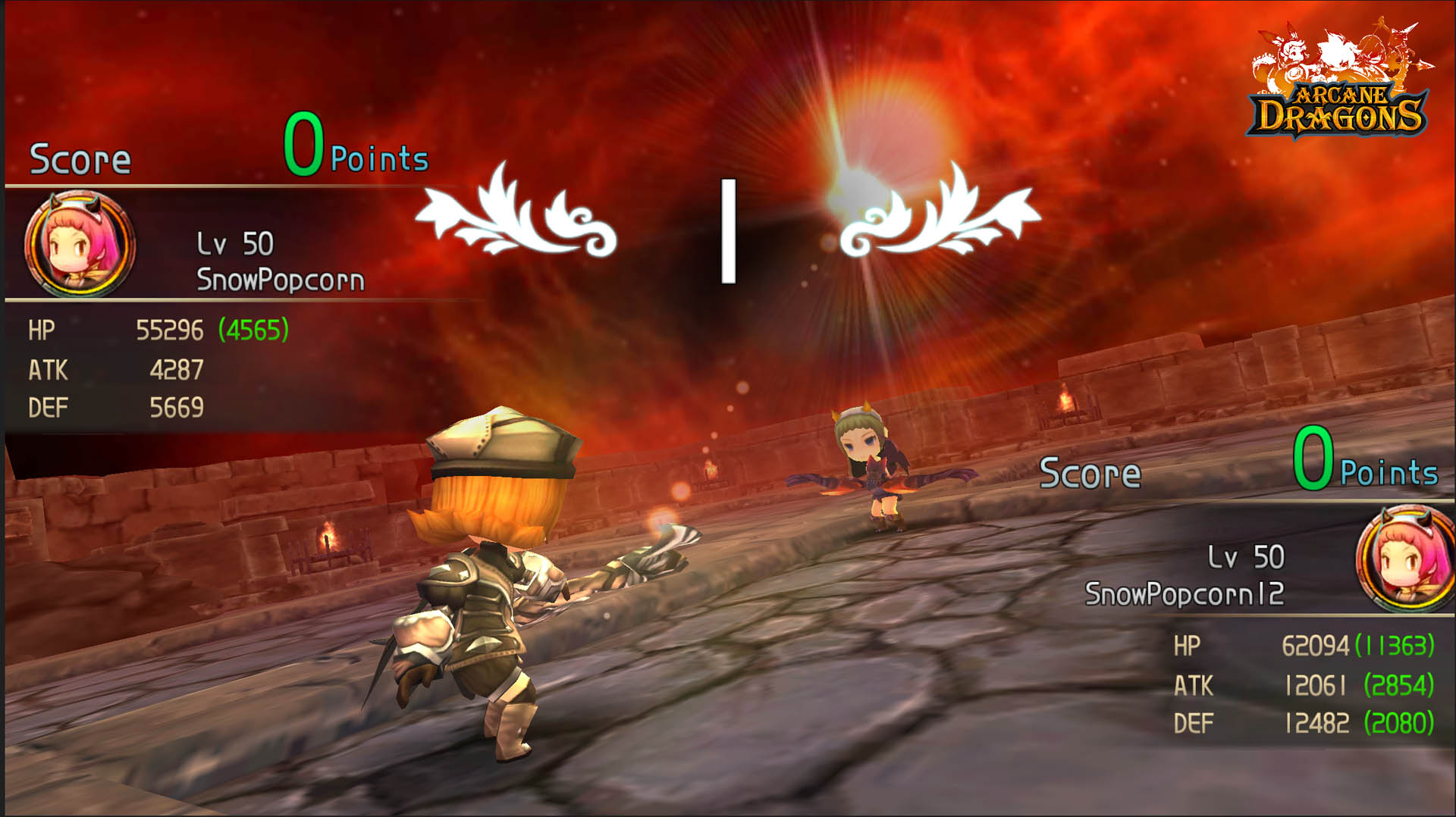 Arcane Dragons is not just a story with small dungeons either, the further along you get the more options open up, from time trial to doing the missions co-op, to daily, other additional missions including rids and the Tower of Infinity where you beat waves of enemies until you are beaten.  This is Arcane Dragons biggest strength, its variety of content.  This variety is mixed in with changing missions and regular events including extra XP events.

Arcane Dragons also borrows some elements from MMO with a group chat very similar to any other MMO, a Guild system, PvP, pets and encouragement to play harder dungeons together with friends.  One of the other strengths of the game is the friend system, which is super easy to build a friend list even if you do not know anyone playing the game with a recommended friend list.

The weapon and armour system has a lot of depth too, where you have a few slots which equip different kinds of armour which can all be upgraded.  You can level it up, strengthen it, equip runes and evolve it depending on your level and the varied item drops you will get.   This was a nice surprise, but can get very time consuming as you break down crappy armour and try to find the most efficient ways to make your weapons and armour stronger. 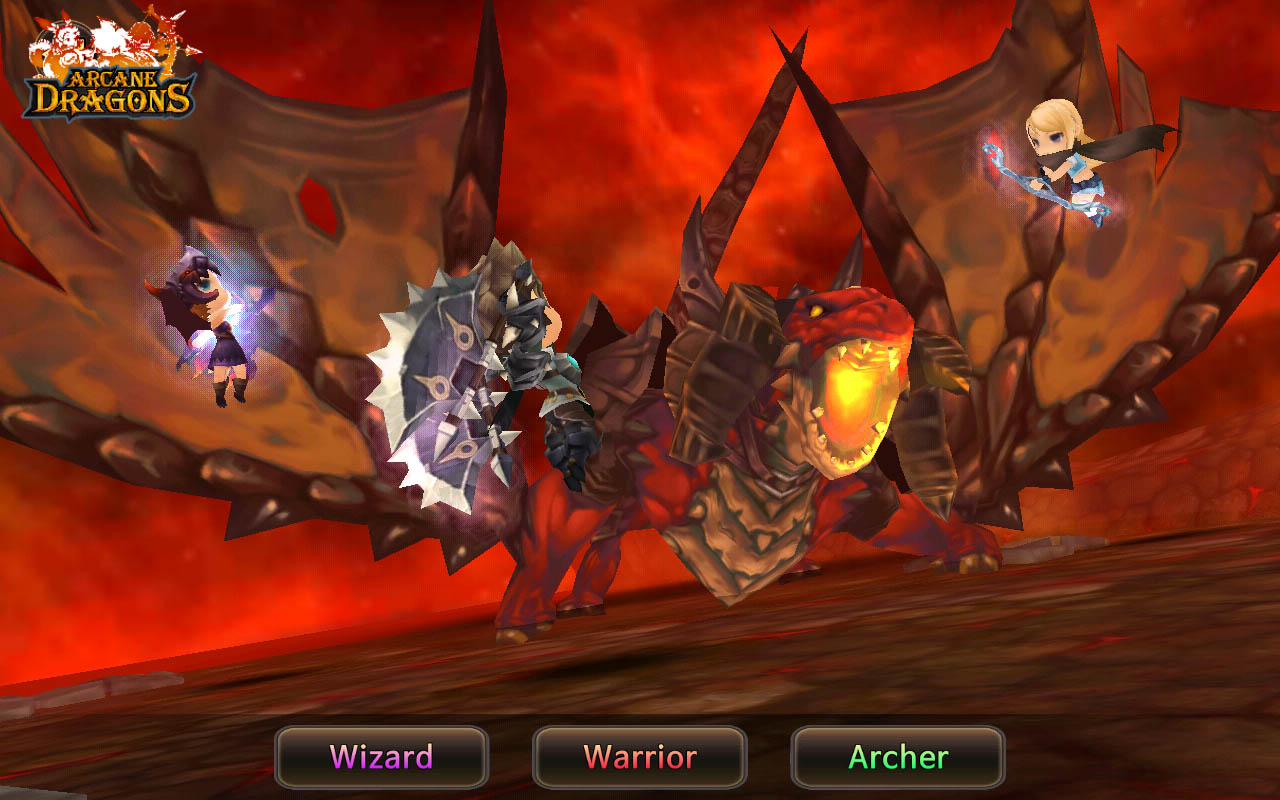 The game rewards you, a lot.  There are multiple currencies from coinsto rubies and friendship pointswhich you will regularly earn throughout the game to use for purchasing armour and other objects.  You can buy a lot of currency with real money and the game balances telling you about it, but not shoving it in your face perfectly.  But to weaken the pay to win mentality, weapons and armour are bought using a randomised system, where just buying more spins in what they call the Gacha, does not guarantee you better gear.

The biggest problem I found with the game and this may affect others is the fact that in weaksignal areas the game stops working.  For those who do not leave the metro areas this will not be an issue, but for some like myself who has a 20-minute mobile dead zone in his commute it is a pain to not be able to play even single player content.

Ultimately Arcane Dragons does a very wide selection of things very well.  Its variety in systems and game options is absolutely commendable, but on the whole the game loses a little focus because of it.  That is not to say it is a bad game, far from it.  It is a free to play game that is filled to the brim with content, that rewards you regularly for playing and is a lot of fun.  With its non-intrusive micro-transactions Arcane Dragons is the kind of game I highly recommend spending money in, to reward the developers holding back from making it pay to win.

Arcane Dragons is available for Android and iOS (apple Devices).

If you are keen to get some codes for in-game loot hit us up HERE!