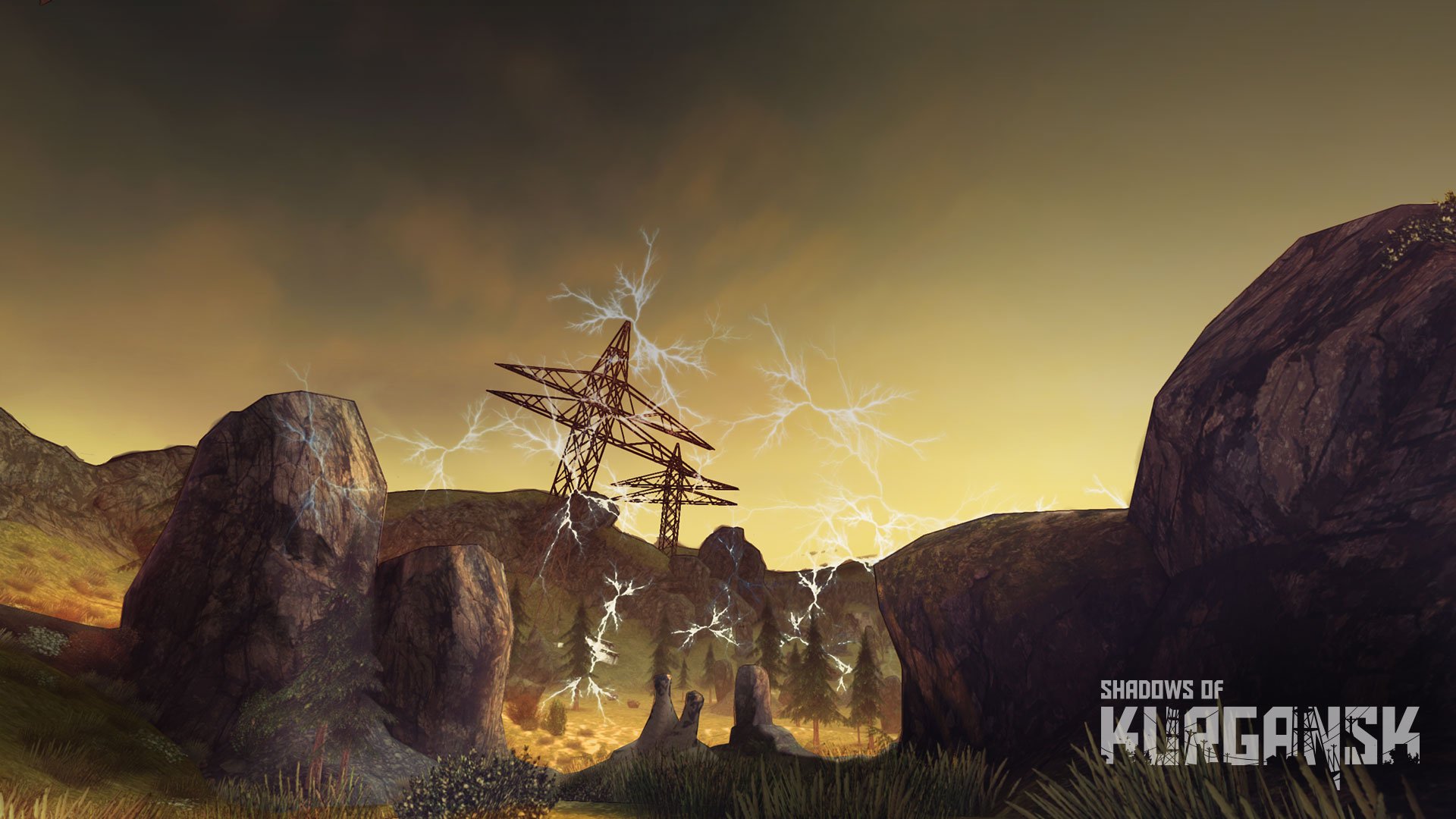 Early Access games on Steam can really be a mixed bag.  You buy the game in its current state and its usually pre-release so it can mean if production on the game ends you can find yourself with a broken game for your money.  Weirdly Shadows of Kurgansk is the first game that did not feel like an early access game.  It runs well, it looks good, it has not destroyed my progress or put me in a wall, or any other frustrating or game breaking bugs.  That is not to say it is not without its bugs but none of them are so outrageous that I would ping them harshly on a games full release let alone on a game still six months out in Early Access. 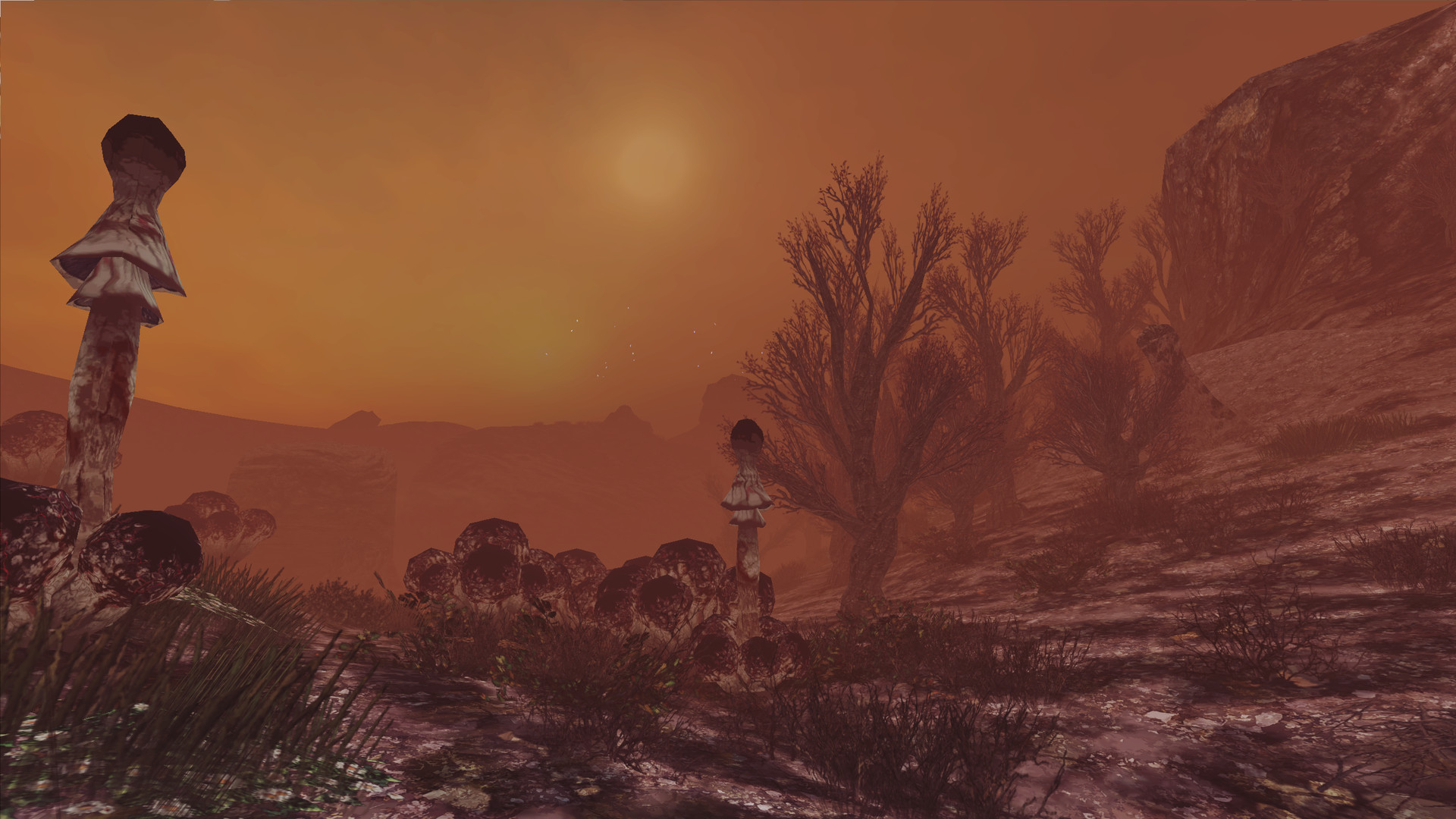 Shadows of Kurgansk is a first person survival game that feels like a blend of the Minecraft crafting and resource gathering, the grim post-apocalyptic settings and feeling from Fallout, all tied together with a nice cell shaded aesthetic.  Nothing about the game on its own seems original, but tied together it feels new and unique, which is not easy in a world where post-apocalyptic games are a saturated market.

The game is split into three modes, the first of which is Story mode which basically gives you a series of quests as a man who lost his group tries to make it on his own in the harsh environment.  You basically complete story quests and get upgrades as you do so, but if you die you respawn at the last quest.  The second is Adventure mode which has lots of quests that can be done but I found the difficulty spiked quite a lot between quests. Then thirdly Survival where the only purpose is to survive as many days as you can and when you die, you go back to the start. 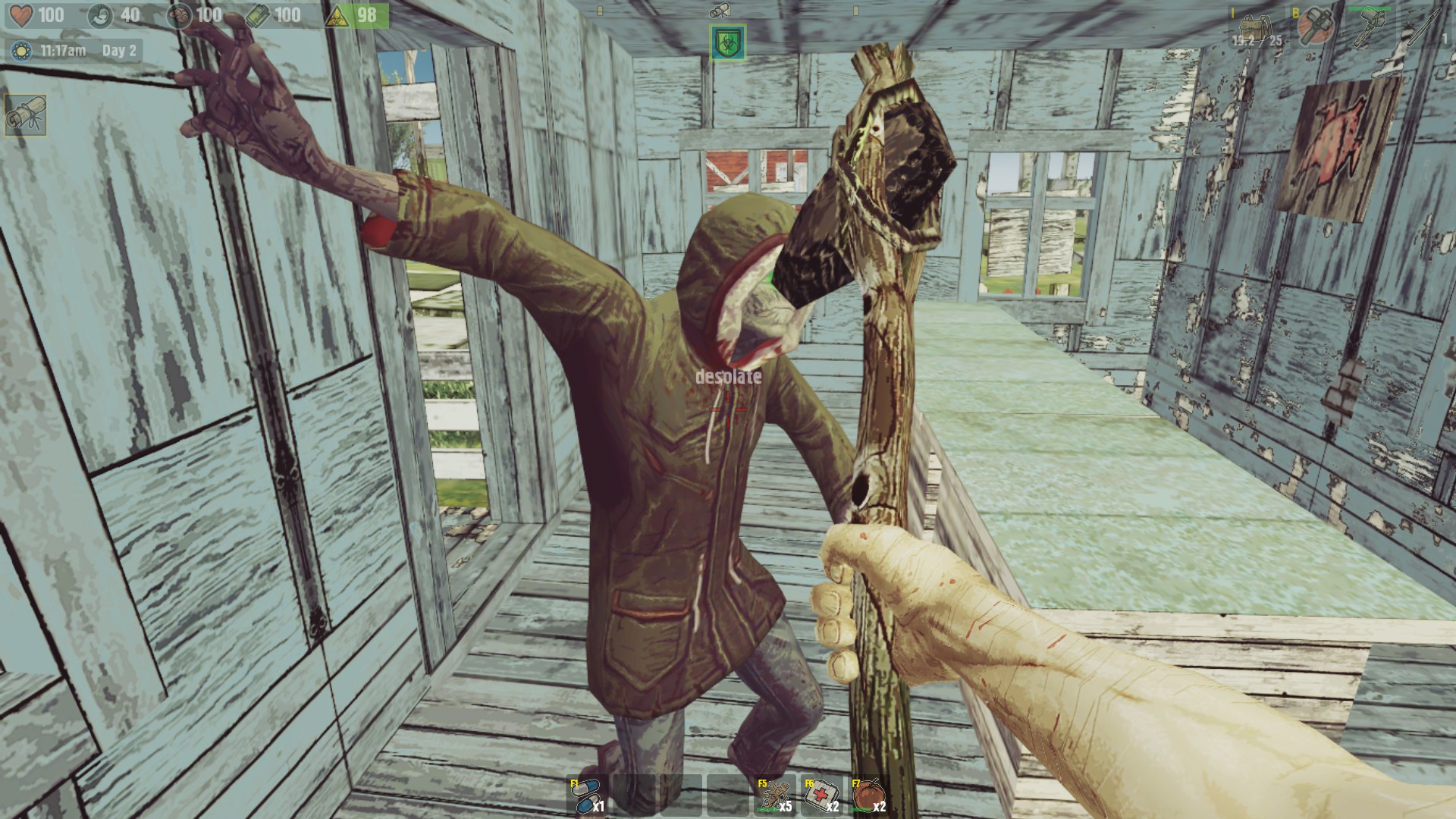 The game is not as ruthless as other survival games, it was so reasonable in fact that I did not die for the first time for over an hour, but the difficulty does spike so you cannot get too complacent.  The story itself is bland, but not too boring. It gave me enough reason to motivate playing, but most of it was very forgettable, walked home with some below average voice acting.

Fortunately, the story is not the games hook, the games hook is the setting and its aesthetics which are great.  Some of the objects in the game have some very flat edges like rocks which I hope gets tidied up a little but for the most part it looks great.  There was the occasional aesthetic bug like trees falling in strange ways but they were minor issues that just looked silly and it did not break anything. 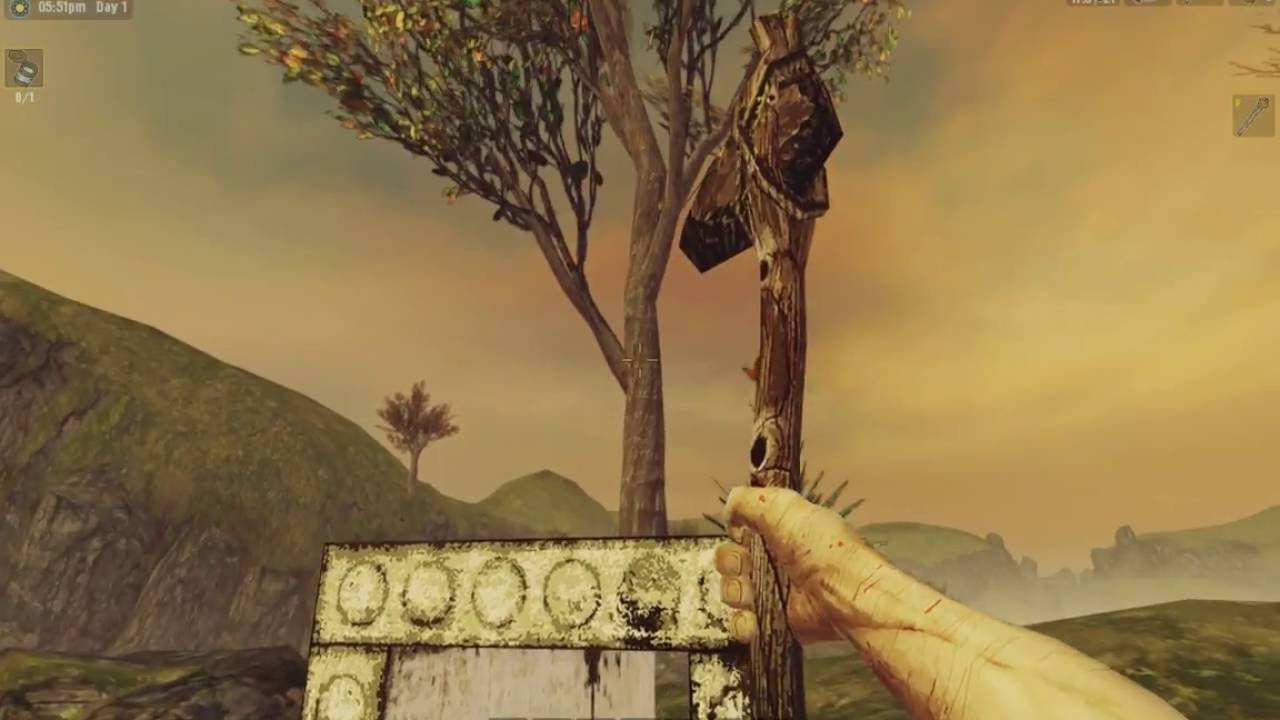 One thing I noticed early on was the lack of music or background sounds, which initially made me feel like a wasted opportunity to build some tension.  This was corrected when I hit my first night and the mostly silence was replaced with some super creepy ambient noise which got stronger as it got darker.  I thought the cell shaded style would kill the tension but once that ambient noise kicked in it was clear Yadon Studio still found a way to give me the willies.

My biggest issue with Shadows of Kurgansk is that it does not have a jump function.  I know many games do this intentionally but it really annoys the heck out of me so if you are reading this and share my views on lack of jumps its worthy of noting.  Aside from that this game is in an excellent state for an Early Access game, so I will be very curious to see how this game develops over the next six months.