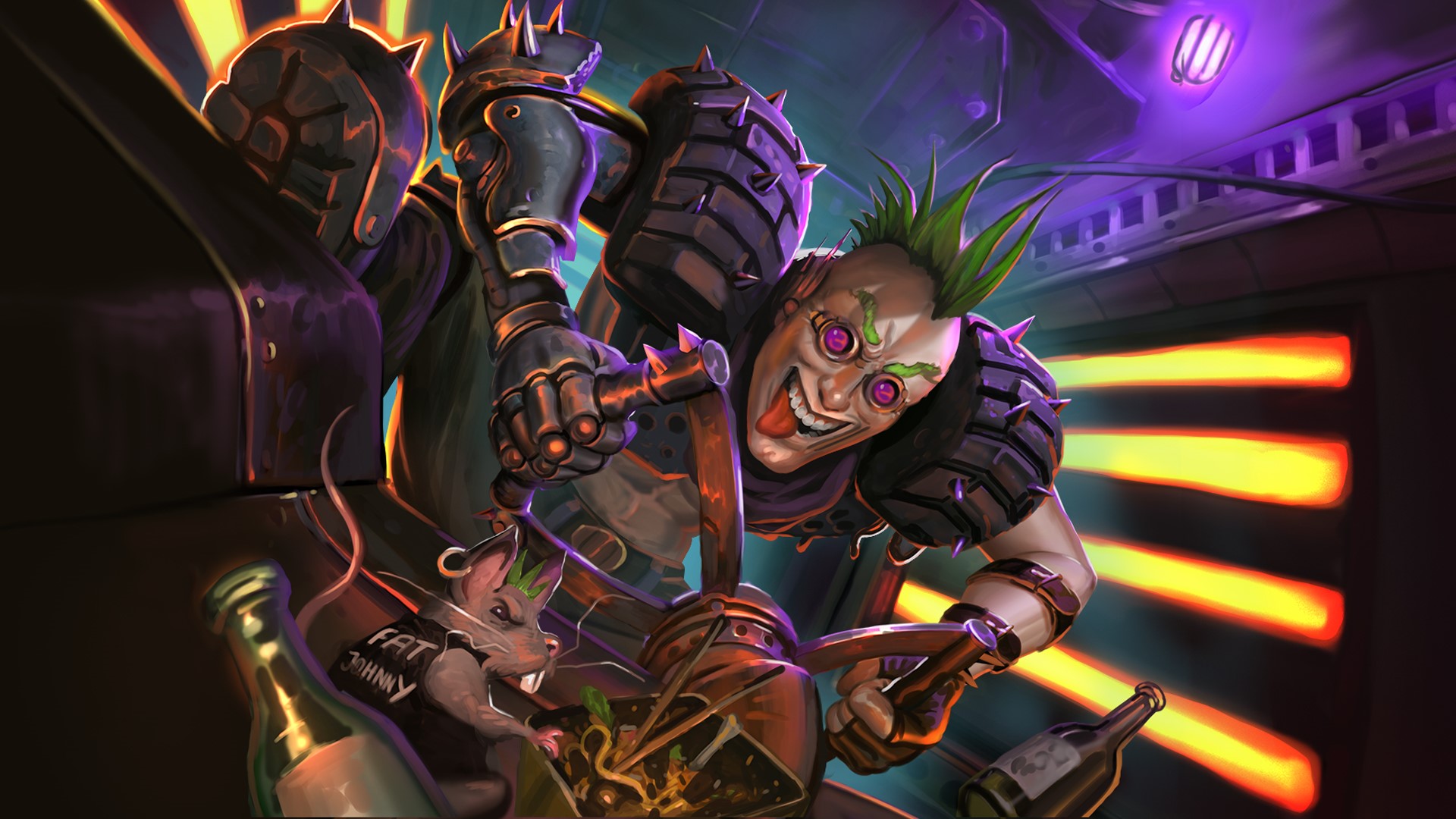 Having just released the MOBA PC game Heavy Metal Machines, the future is bright for the Brazil based indie game dev studio Hoplon.

STG has a sit down and chat with the team on everything gaming, the Brazil Video Gaming Industry and we gain further insights on their flagship title. 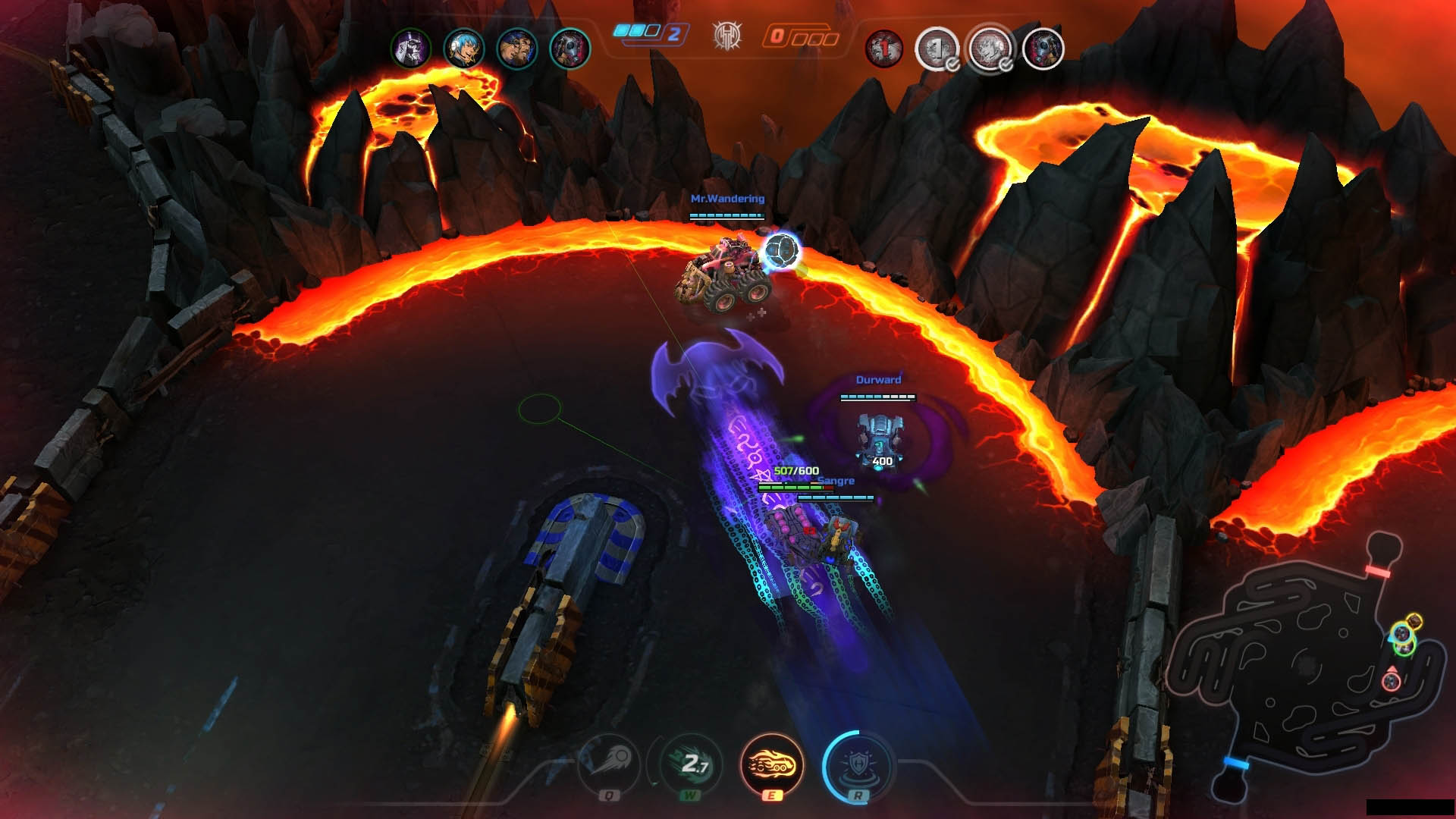 Shane: Hi Hoplon Studios! Thanks for taking the time to talk to us at STG about the Brazilian Video Gaming industry and your very own title; Heavy Metal Machines. HMM (Heavy Metal Machines), a MOBA game for PC has recently come out of early access after a couple of years. What was behind the idea of producing a game like HMM?

Hoplon Studios: We like to tell this story because it reflects Hoplon’s culture. When we came up with Heavy Metal Machines’ concept, we were actually working on another game. However, we had every Monday a time for personal projects that could become a good idea for the company, so the employees created content simultaneously and collaboratively. Some of the ideas were presented to the board to become real projects. To this day, Hoplon opens up this space to create and be innovative. It reflects what HMM is. It is inspired by several games we love, like Rock n Roll Racing and Twisted Metal, but we went further than that. Today, HMM is more than a MOBA, with unique arenas, pilots and car combat. Recently, MMOHuts elected HMM as the best new MOBA of 2018, and we are always present in car games rankings and MOBAs. Media professionals and active players also help in the content creation so we make a genuinely fun product. 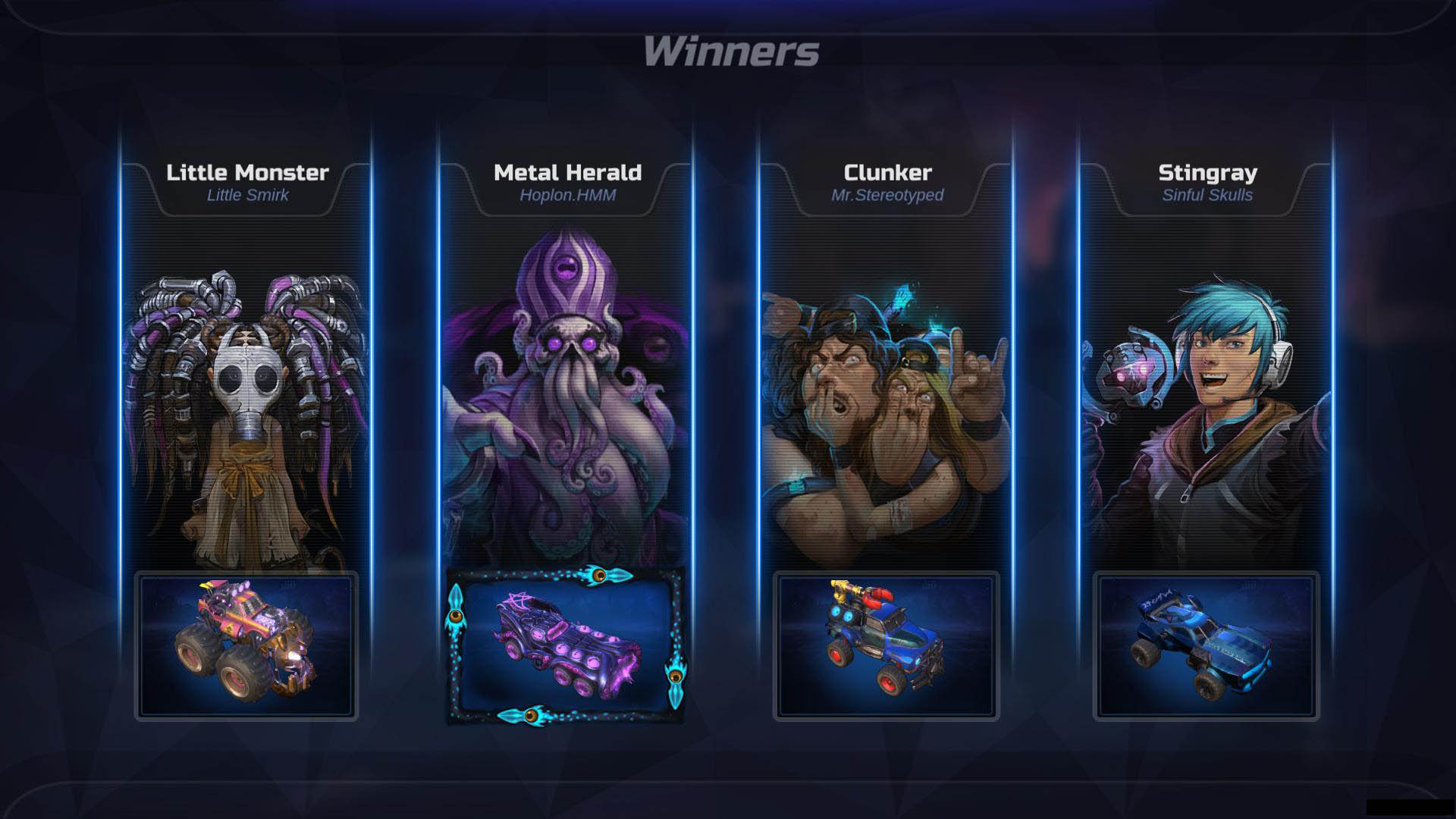 Shane: Recently the Brazilian Government has invest multi-millions of funding in to the local games development industry. What do you think this means for the Brazilian Games Industry on a Global scale?

Hoplon Studios: The investment from the Brazilian government showed that it is watching carefully to what is going on in the gaming market and its importance. This recognition shows how rich the video games field is. Brazil is a very creative country, with great entrepreneurs, so we hope this push from the government is what we need. The Brazilian games industry has organized itself systemically with the support of the developers and publisher around it, and mainly by associations, like Abragames. Brazil has 66 Million active players and we are the 13º on the list of biggest video games developers. It makes perfect sense for the government to look with keen eyes to this, helping the industry export and reach the high level of quality from the international market — which we believe is very possible. We hope this step up will bring better and fairer taxes, as well as improvements to consoles, internet connection and age rating. It is a victory that deserves other victories to follow. 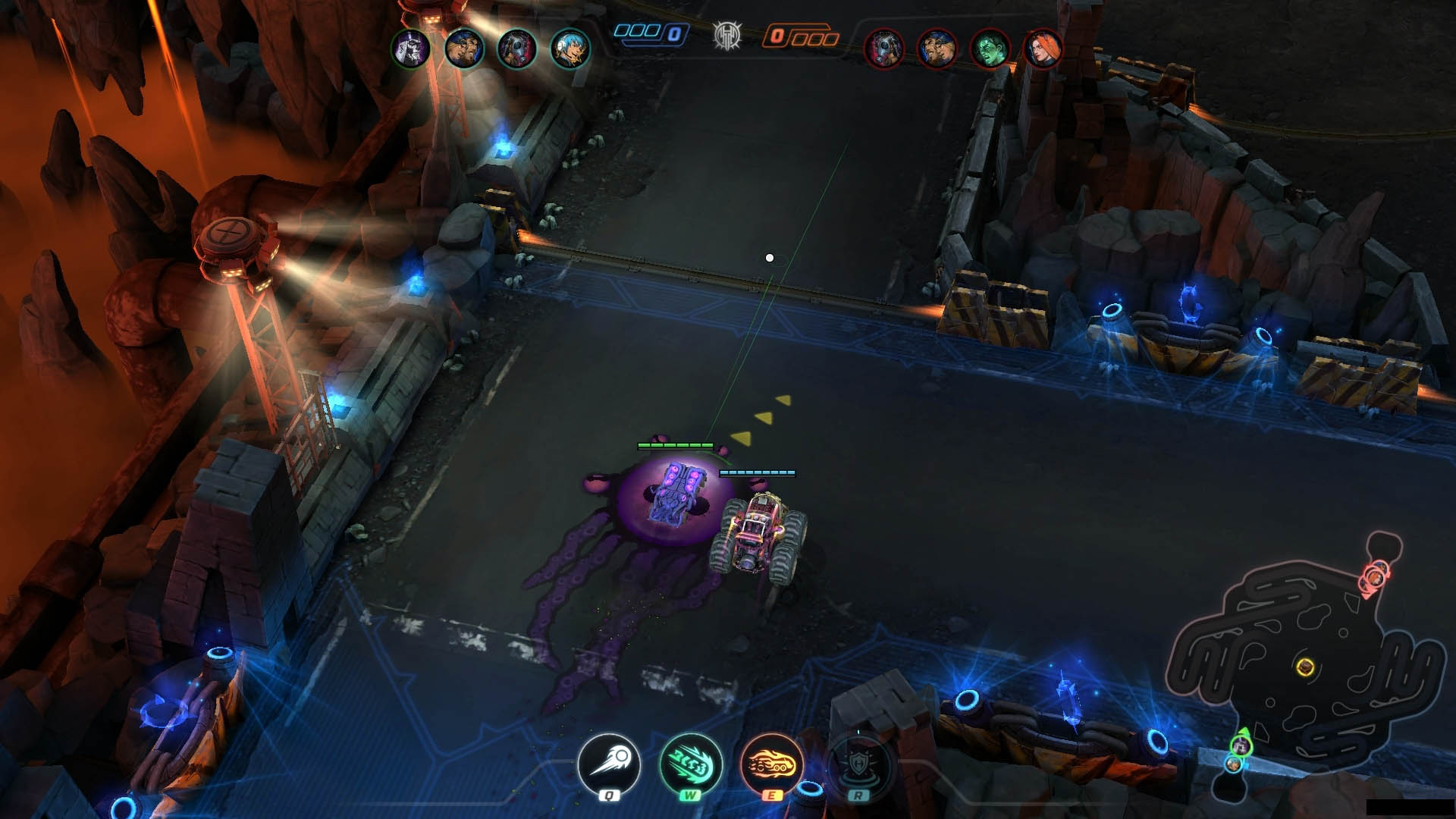 Shane: Hoplon Studios seems to be on the path to do big things. What challenges have been faced from both a development perspective and gaming community (local or Global) along the journey?

Hoplon Studios: Innovation. Every day hundreds of new games are launched in the world, wonderful titles that compete amongst themselves for the players’ attention. We created an innovative game, where we gathered elements that resulted in a challenging experience. But as you create something different, there is the need to make your game easy to understand. Finding this balance is challenging.

Content – As HMM is innovative and it’s eSports scene very important, we have to do a lot of research and playtesting, as well as stay in tune with the community. This makes content creation not as fast as we’d like and we have to prioritise. Our team is very creative and comes up with a lot of good ideas, but we have to select the very best, taking into account the development time.

We published HMM in 73 countries, we have currently 8 different languages in the game, and community managers that support us in several regions. We always try to respect cultural differences, and create elements that binds everyone into a healthy community. Taking into account these differences, our approach to attract new players also needs to adapt, and this is also a constant challenge. 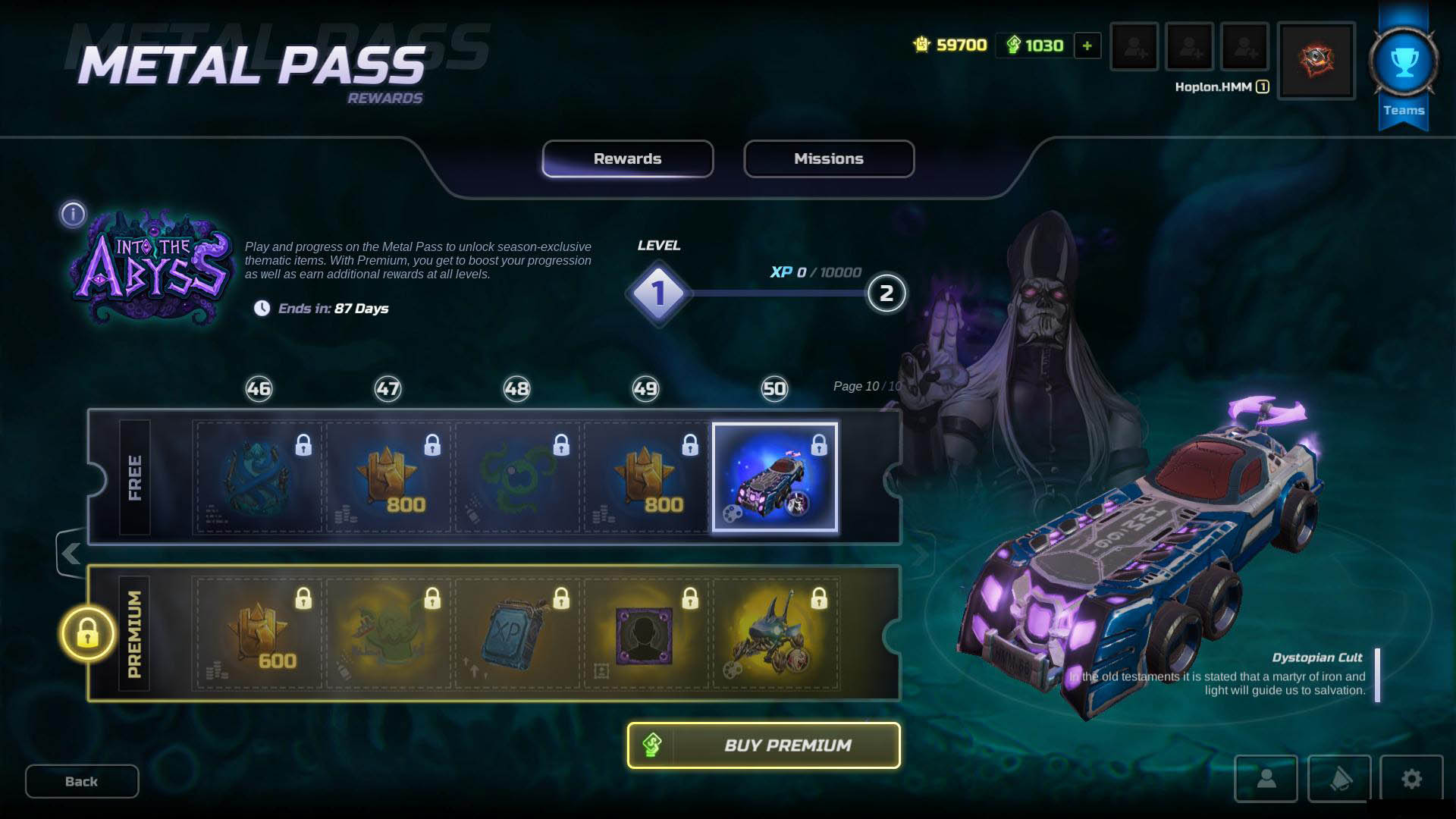 Shane:  HMM is available on Steam, what can gamers wanting to get in to an automotive MOBA expect from the title?

Hoplon Studios: Two things: challenge and fun. HMM is available for free on Steam and is receiving constant updates. The player can either access Steam or log in HERE and find a lot of adrenaline in a title with unique gameplay and fast action, as two teams fight for control of a bomb. Each team has positions like support, transporter and interceptor, and several characters with unique abilities are available. In every match you can try a new strategy out. It’s a new kind of MOBA experience, with a very welcoming community to new players, that get support and tips from veterans. HMM also has weekly championships, where you can earn money and get the very real chance to become a pro player. Anyone can also join our Discord channel, where we are happy to help. 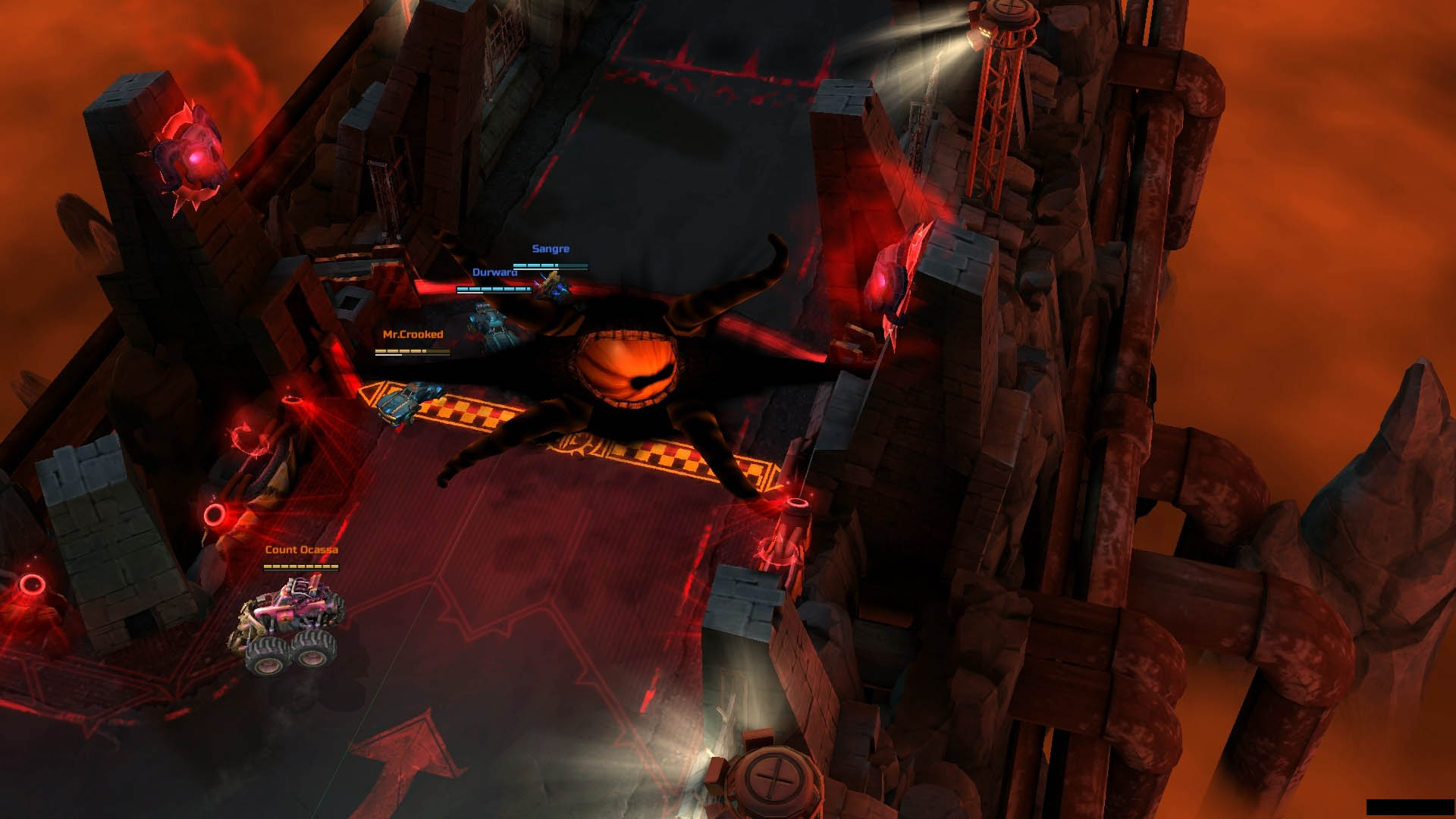 Shane: Finally, what is next for Hoplon? Are there any other projects (that you are able to talk about) in the mix?

Hoplon Studios: HMM is our main and only project. In addition to all the new content from the Metal Pass (themed battle pass), that is updated every 2 months, 2019 will be a year full of great events for the game. Starting from the eSports calendar that will be composed of community, university, and official championships. All the Community Managers from around the globe (United States, Brazil, Turkey, France, Russia and Poland) will promote tournaments with the players on a monthly basis for in-game prizes or HMM items (t-shirts). We are also taking HMM to universities and rolling championships with the students. Your readers can just email us at to invite us to their universities and we’ll try to make it happen. Finally, we will have official championships in the 3 servers currently operating: North America, South America and Europe. These tournaments will have a money prize pool and international exposition through media and streamers. If you look for a new challenge, we are here for you!

Shane: Thanks guys for chatting with us at STG today. Heavy Metal Machines is a fantastic title and can’t wait to see what else Hoplon Studio’s develop in the future and also other video gaming gems from the Brazilian Games Industry.

Heavy Metal Machines is now available on Steam, but only in certain regions at this stage.