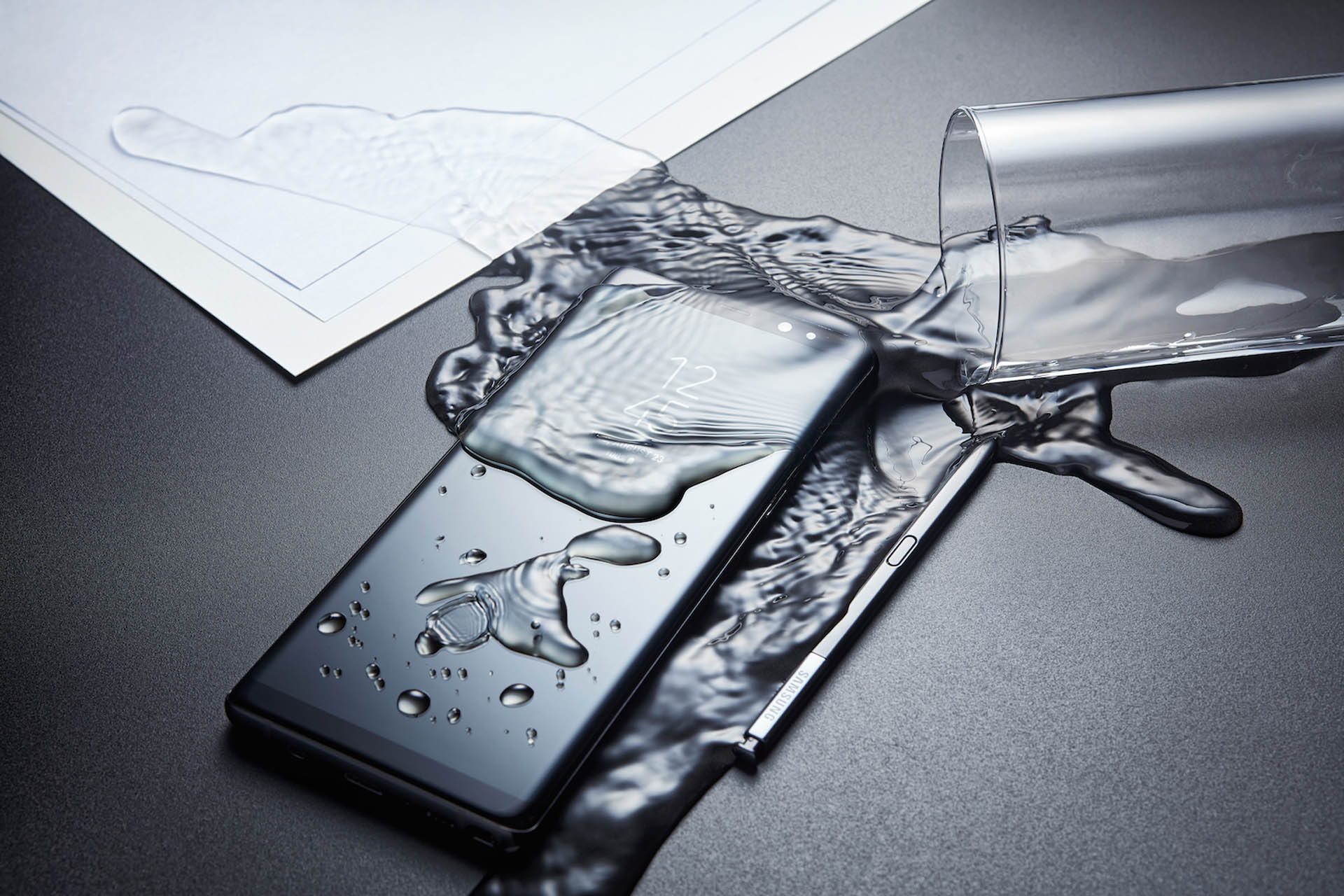 Hot off the heels of the Samsung Galaxy S8 and S8+ comes the next iteration in the Note series from the smartphone front runner manufacturers, Samsung.

Looking more sharper edged and square than it’s predecessors the rectangular smart device brings home so much innovation and technology pack jammed into a 6.3 inch size.

Samsung’s Note handsets have always been on the larger side crossing over into the phablet area, previously they hovered around the 5.9 inch, making the Note8 being the mightiest of them all.

Taking from what has made the Galaxy S8 a much coveted and very unique handset, the Note8 is all screen, with an onscreen Home button. All branding removed from the face of the phone and the Corning Gorilla Glass 5 Super AMOLED capacitive touchscreen curves at the sides giving it the Edge experience. 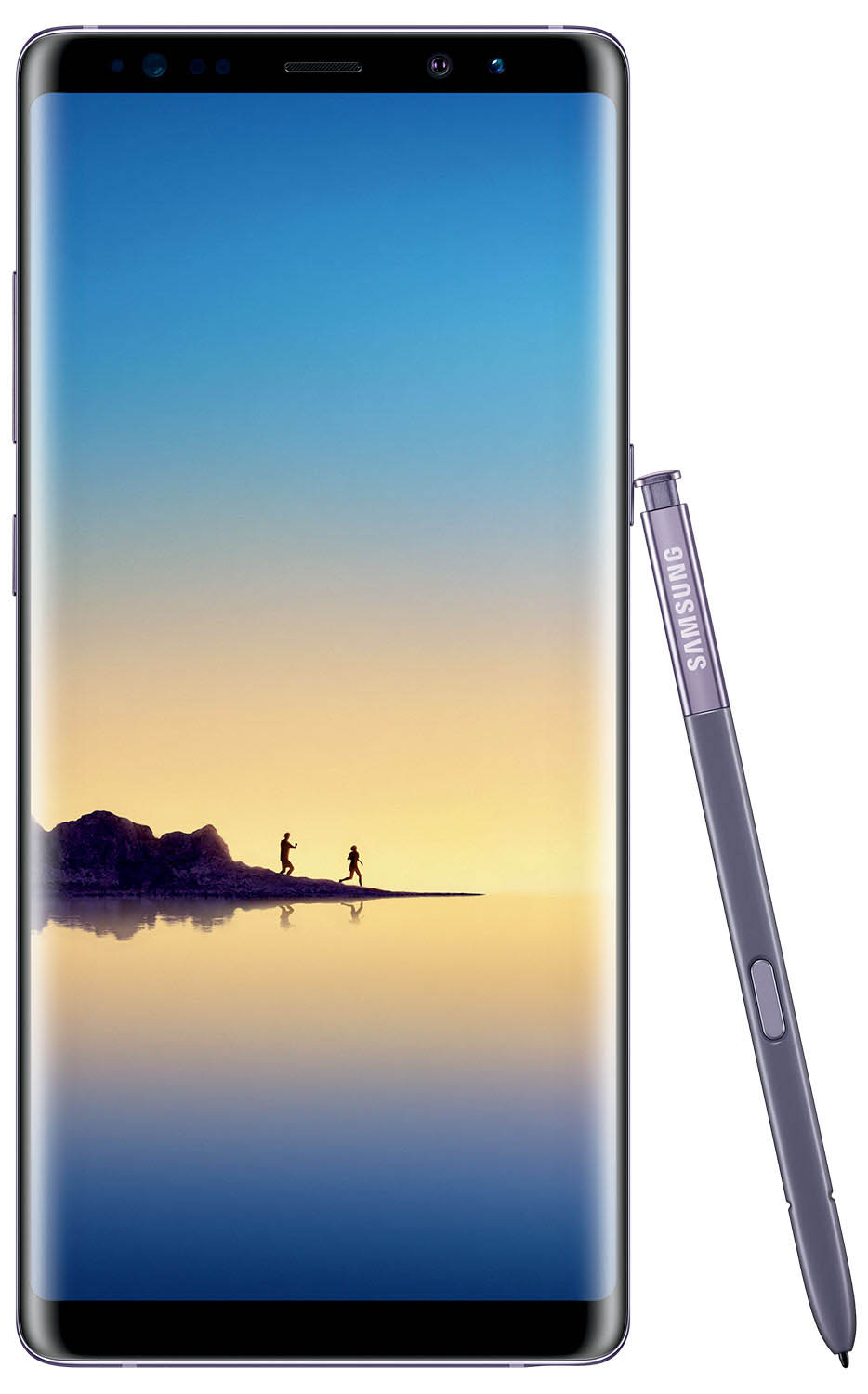 Within the inner-workings Samsung have gone all out. The unit that we were supplied with from Samsung is 64GB ROM (of course upgradable via microSD to 256GB) but there are other variants at 128GB and even 256GB. Then there’s a massive 6GB RAM (a milestone achievement in a smartphone) is built in to see you right for more multitasking than you’ll ever need. The Exynos 8895 Octa and Quad Octa-core running at 2.3 GHz per cylinder makes the Note8 the Maserati of the smart device world so far.

Bixby makes the leap from the S8’s over to the Note8 with a dedicated tactile button to the left of the phone. As I predicted, Bixby has evolved a thousands times over since we were first introduced to the A.I. Personal Assistant on the S8.

Bixby will utilise the camera with Bixby Vision to find similar images, information from an image or translate text from an image. It also correctly advises you on internet searches via voice command or text and it can also do dictation. The dictation, to be fair can be a bit hit and miss. There is some setup involved for this, so that Bixby can learn the sound of your voice, but even after this, it gets spoken words correct around 90% of the time. That’s damn good. 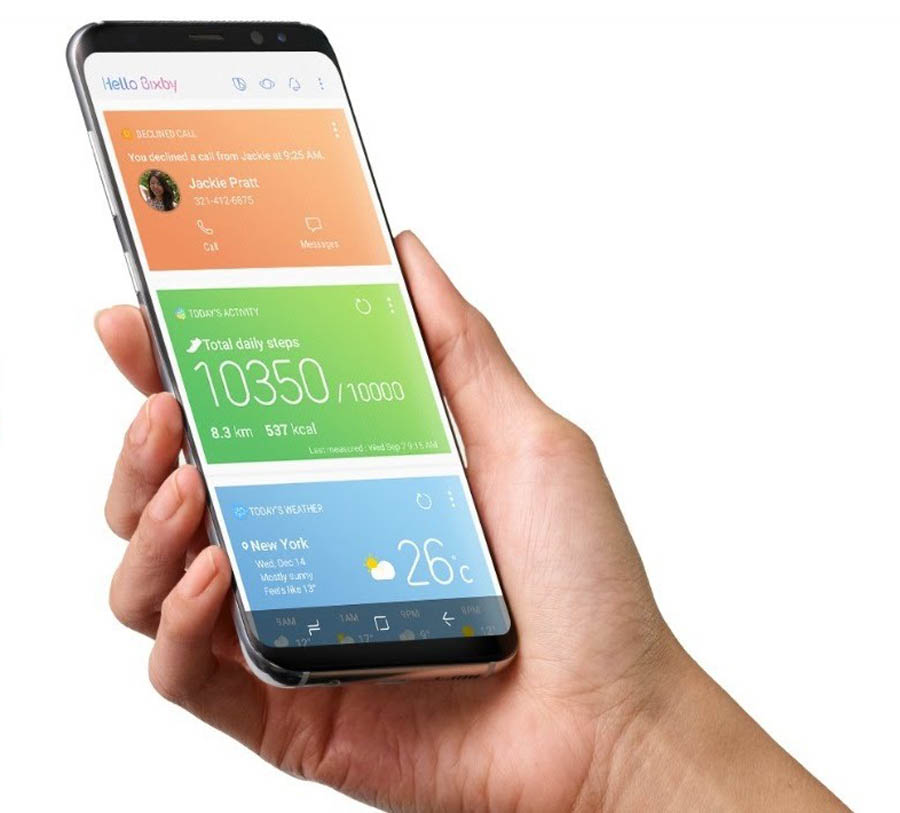 Bixby is always learning more about you (whether that’s creepy or not, I’m still undecided) and will tailor news updates and such the like based on what it thinks your interest are. Yes, this is something that Google has been doing for years too.

Dual lenses have also been added to the rear 12MP Camera. working in tandem to give you around 24MP in total, the camera also various intuitive modes, to the point where you can fine tune your snaps by pin-pointing the focus on one certain subject with an adjustable Live Focus function. Your pics or vids will snap or record in 4K. 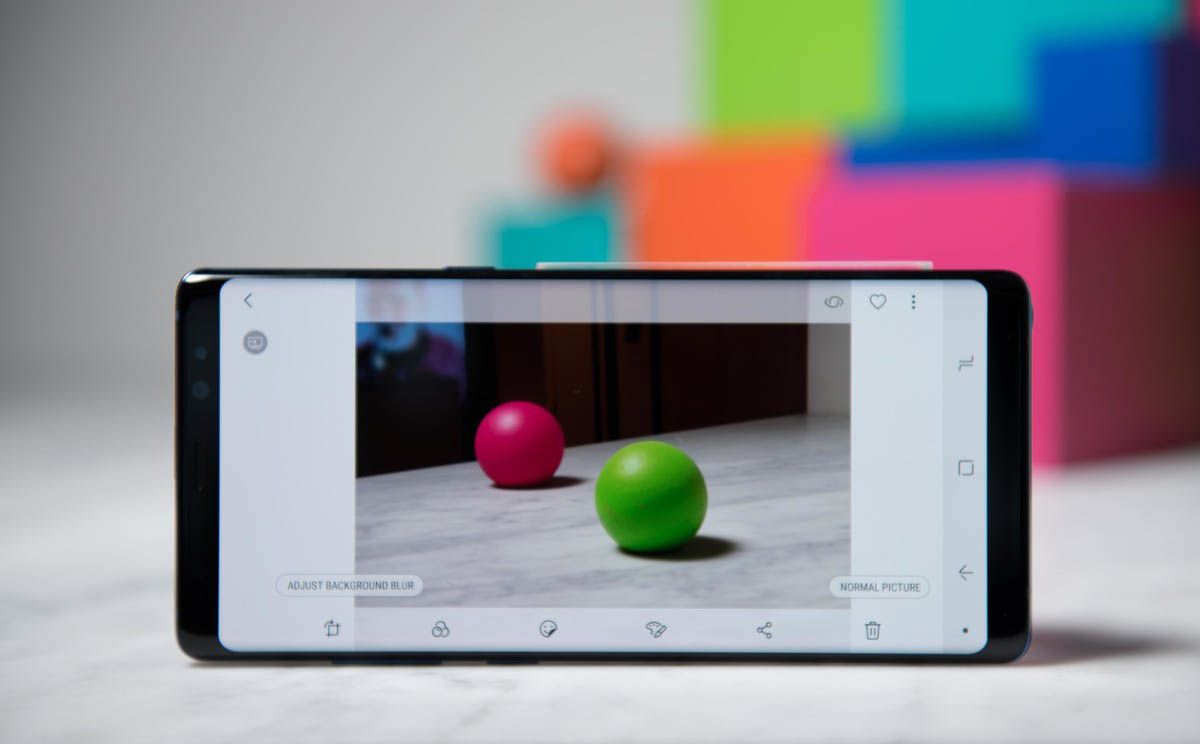 Various modes feature such as Hyperlapse, Food, Pro and more including my favourite, the Virtual Shot. There is an abundance downloadable too including Animated Gif which I recommend having a play with.

And, for those Snapchatters out there, there’s the stickers and such the like that can be added to your everyday pics, with more downloadable.

The front camera is 8MP, and asides from being able to use similar modes to the rear camera, given the calibre of the Note8 I thought that the 8MP was a little on the low side for the ‘Selfie’ Camera. There is a downloadable Mode called Rear Camera Selfie, it will take portait pic using the higher MP rear lens and at the same time, snap you and then place your image into the single shot taken with the rear camera. Clever.

Still it focuses and snaps in FHD and both front and back have one of the best low light capacities I have experienced. 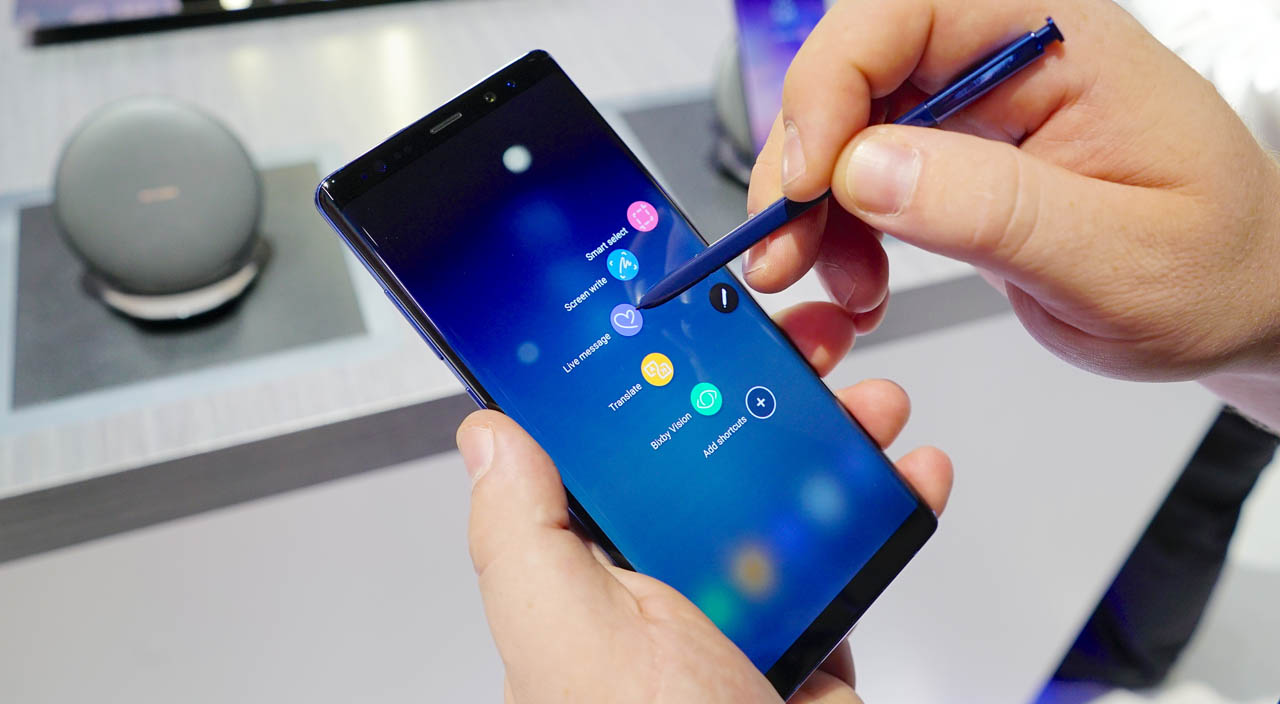 Being a Note phone, it also comes with the in-built stylus, called the S Pen.

As we saw with the Galaxy Tab 3 the S Pen is not just an accessory – it’s a substantial and crucial part of the device.

Removing the S Pen from it’s internal dock will activate a pop up side Menu. Naturally you can take notes, draw on screen, jot down quick reminders – and the coolest of all edit and enhance, or completely draw on photos as you would do with, say a Wacom tablet for PC.

To compliment the Android 7.1.1 (Nougat) OS is the Samsung Experience 8.5 reskin which sees alot of swiping here and there to get from Homescreen to Apps, through to long press to manage the installation and uninstalls of Apps and shortcuts on the all-screen phone. 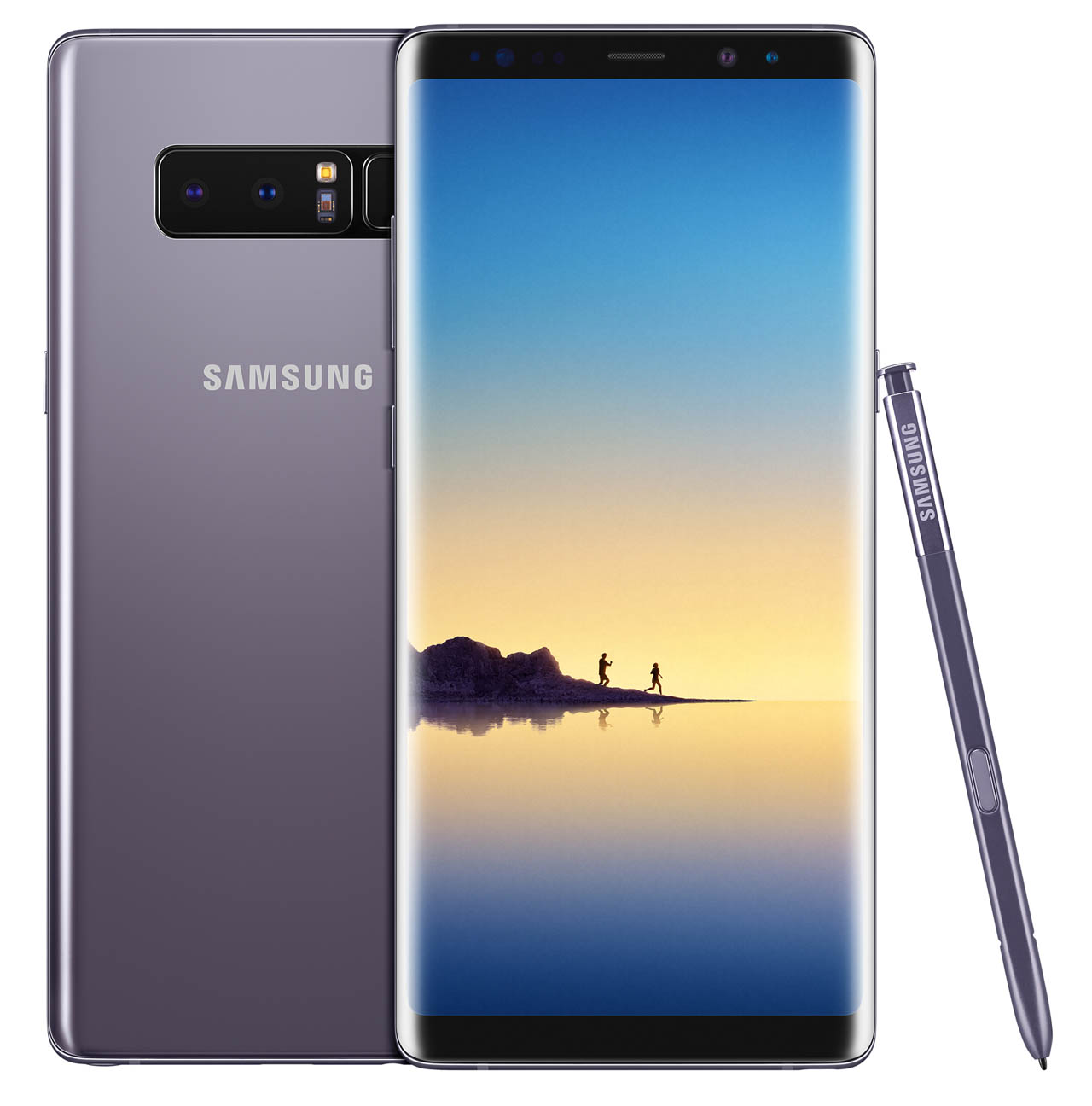 To address the elephant in the room – the Battery (which as you may remember was an issue on the Note7). Samsung have gone back to the engineering of the inbuilt battery and placed safety first.

The OS will also learn your sleeping and waking habits, when you usually charge your device and when you need it to have maximum juice. And it also boost charges so that you can get around 60% charge after a 10 – 15 minute plugin via the USB-C from almost 0%.

For average every day use the phone will last around 18 to 20 hours, heavier use, such as VR or game playing will reduce that length to around 6 – 8 hours, which is not bad at all. 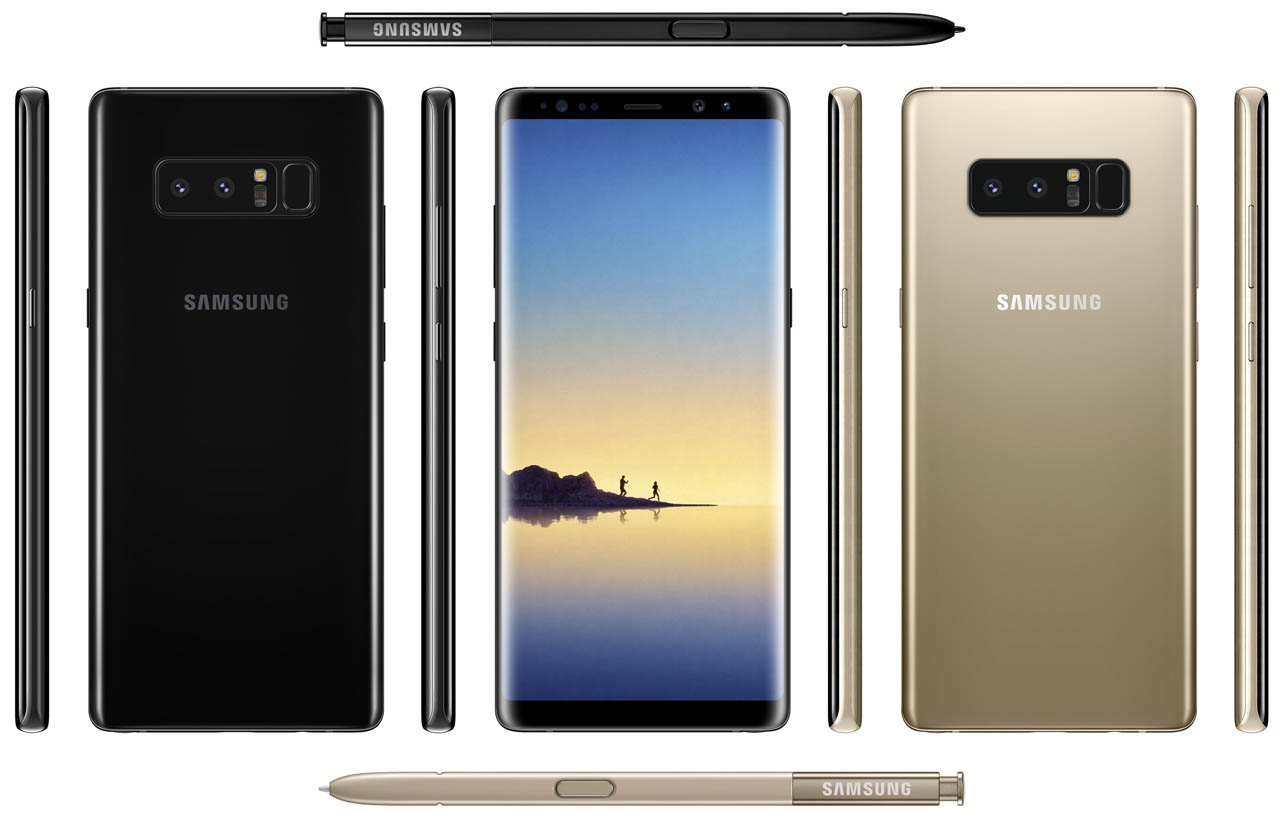 Differing initiatives are on offer for device security, Facial or Iris Recognition through to the tried and true Fingerprint scanner. Still, however, the Fingerprint sensor is at the rear of the device, cosied up next to the dual lens of the rear camera. So, until you get used to the placement of the sensor, without turning your device over, you are likely to have a smudgy camera lens as you feel around for the sensor. I still feel that it is not the best placement for it and would have been a better design to have placed it separate from where the lenses are.

The audio and media player also deserves a mention here too. With the SoundAlive enhancement prepare to be suitably impressed at the quality and clarity of the audio through headphones. The device audio is not too shabby either, and certainly goes loud enough.

The Note8 has so much innovation packed in to it that I feel I am only skimming the surface of what it has to offer. Speaking of skimming surfaces… yes, the Note8 is waterproof.

Usability
Design
Functionality
Value vs. Cost
User Rating2 Votes
The Good
Lightning fast to use, comfortable in hand, spec'd up to the maximum. Intuitive interface.
The Not So Good
Finger Sensor placement too close to Rear Camera lens, price maybe a factor for some.
4.8
Final Verdict
What’s your Reaction?
+1
0
+1
0
+1
0
+1
0
+1
0
+1
0
+1
0
Facebook Twitter Email
Scroll Up