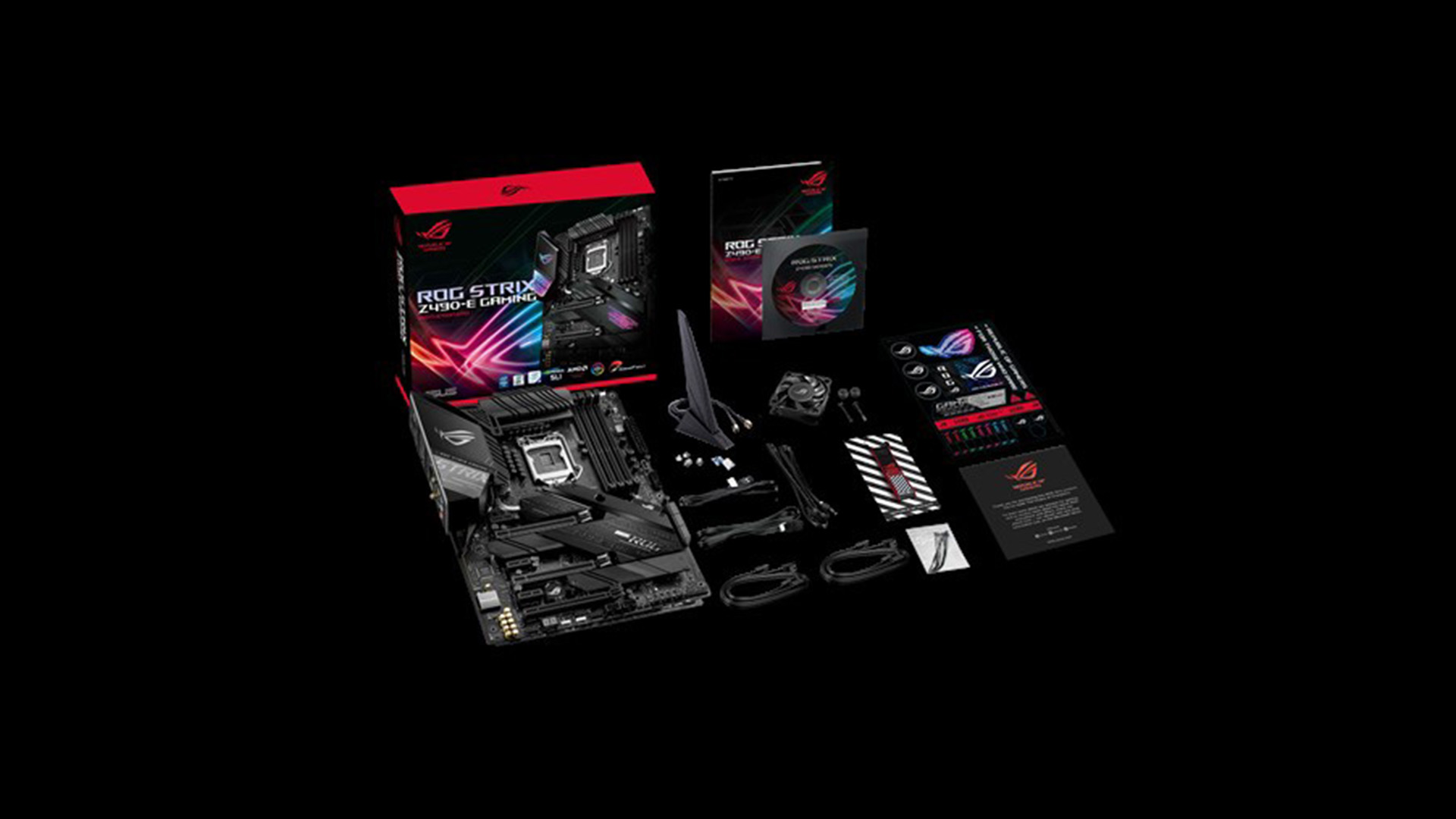 ASUS’ Republic of Gamers STRIX Z490-E Gaming motherboard has been designed to accommodate Intel’s new 10th generation CPUs. We check it out.

I’ve not always seen eye-to-eye with Asus kit. There was a time, back in the day, that I’d have stayed well away from the brand. But things change. I’ve been using Asus ROG Strix motherboards since the Z200s. And I’ve got to say, that using an Asus Z490-E Gaming motherboard to test the Intel Core i5-10600K is a breath of fresh air compared to the Z490 board that I’ve previously been messing with.

I’m not sure if it is the easy-to-follow ROG UFEI BIOS or the way the board just does what it’s told, but this board seems rock solid. Which is good, as if you are upgrading to one of Intel’s 10th generation CPUs will also be in the market for a new motherboard. Not only is Intel’s Z400-series chipset a requirement for Intel’s new CPUs, the they also a new socket, LGA 1200. 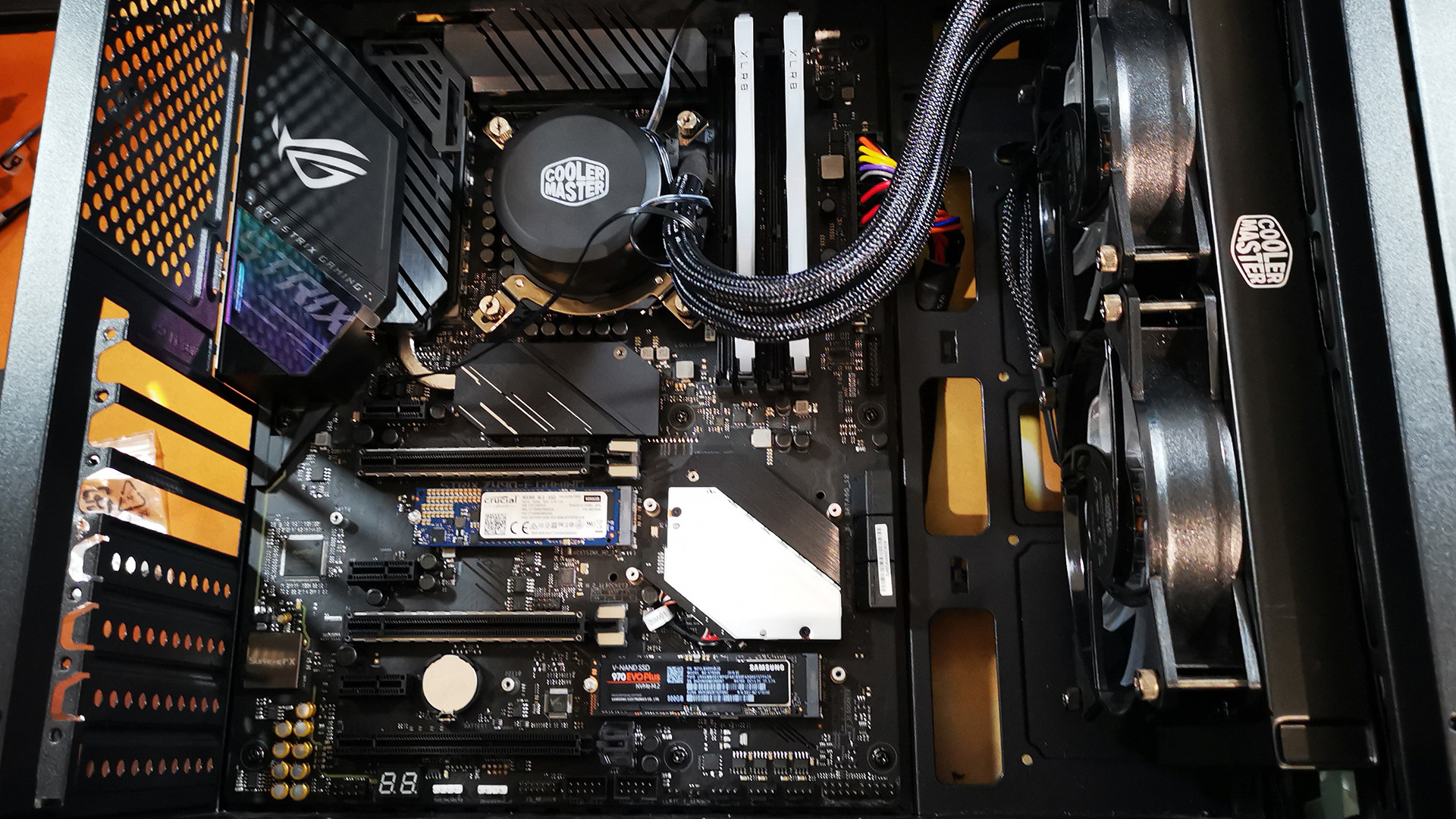 The Z400-series chipsets come in a variety of flavours, but it is only the Z490 boards that officially support overclocking. The ROG Strix Z490-E Gaming is a not a cheap bit of kit, but it offers a lot for what is really a mid-range Z490-series ATX board.

The board has sockets for 6x SATA 6 Gb/s storage devices and there are two M.2 slots (Key M) supporting both SATA and NVMe SSD drives. The M.2 slots share bandwidth with the SATA channels. 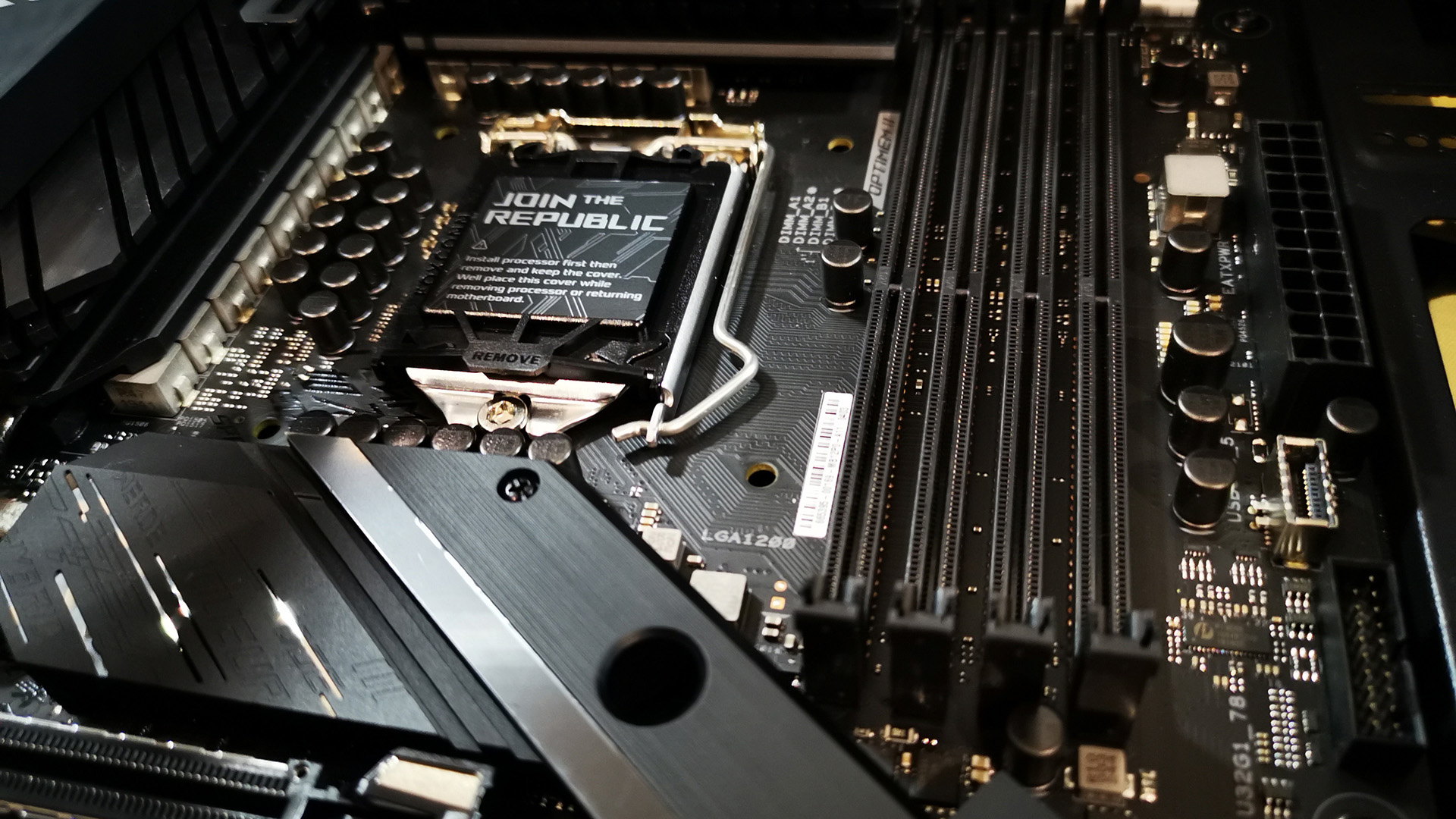 The board has a USB port for flashing the BIOS without accessing the existing BIOS or operating system. Simply insert a USB storage device with the required BIOS file into the specially labelled USB port and press the FlaShBack next to it button for 3 seconds. The BIO will be automatically updated. This is a pretty useful failsafe if anything goes wrong during a BIOS update. 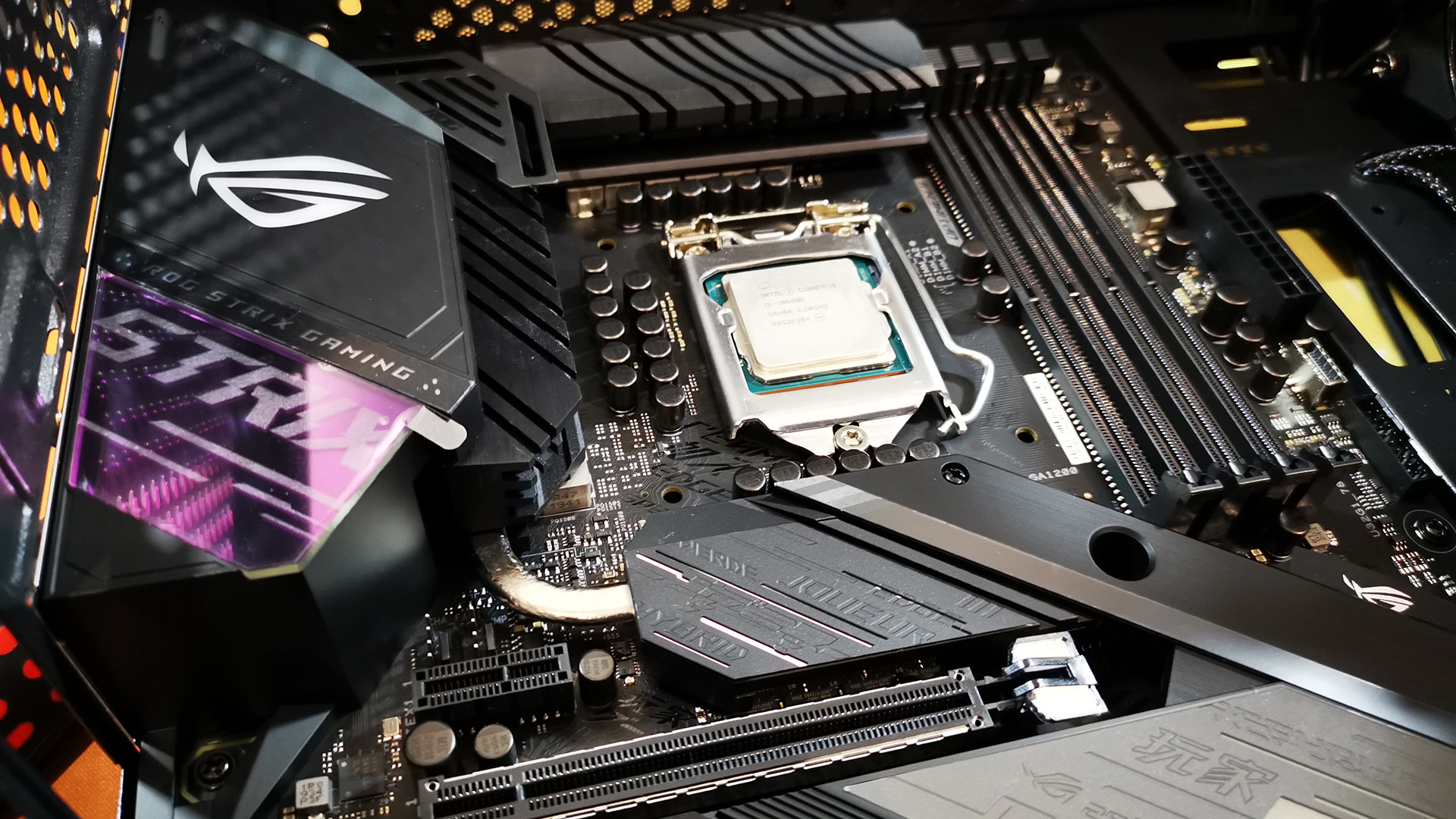 There are 3x PCIe 3.0 x16 slots that support 2-way Nvidia SLI or 3-Way AMD CrossfireX multi-GPU configurations. The PCIe 3.0 x16 slots are reinforced so you should be able to hang one of Nvidia’s huge RTX cards in there with issue. There are also 3 PCIe 3.0 x1 slots, which are handy if you’ve filled your PC with GPUs.

Up to eight channels of sound is provided by the on-board ROG SupremeFX HD audio chip. The back panel has audio jacks suitable for 2.0 stereo to 7.1 surround as will as S/PDIF output. The board caters for 120 dB SNR payback and 113 dB SNR recording payback. Impedance sense detect if the from or read headphone outputs as in use.

RGB enthusiasts will have a lot of fun lighting their PC case up using the Aurasync RGB lighting, both on the board and via the RGB headers. The motherboard also supports RGB RAM which can also be coordinated via Aurasync app. 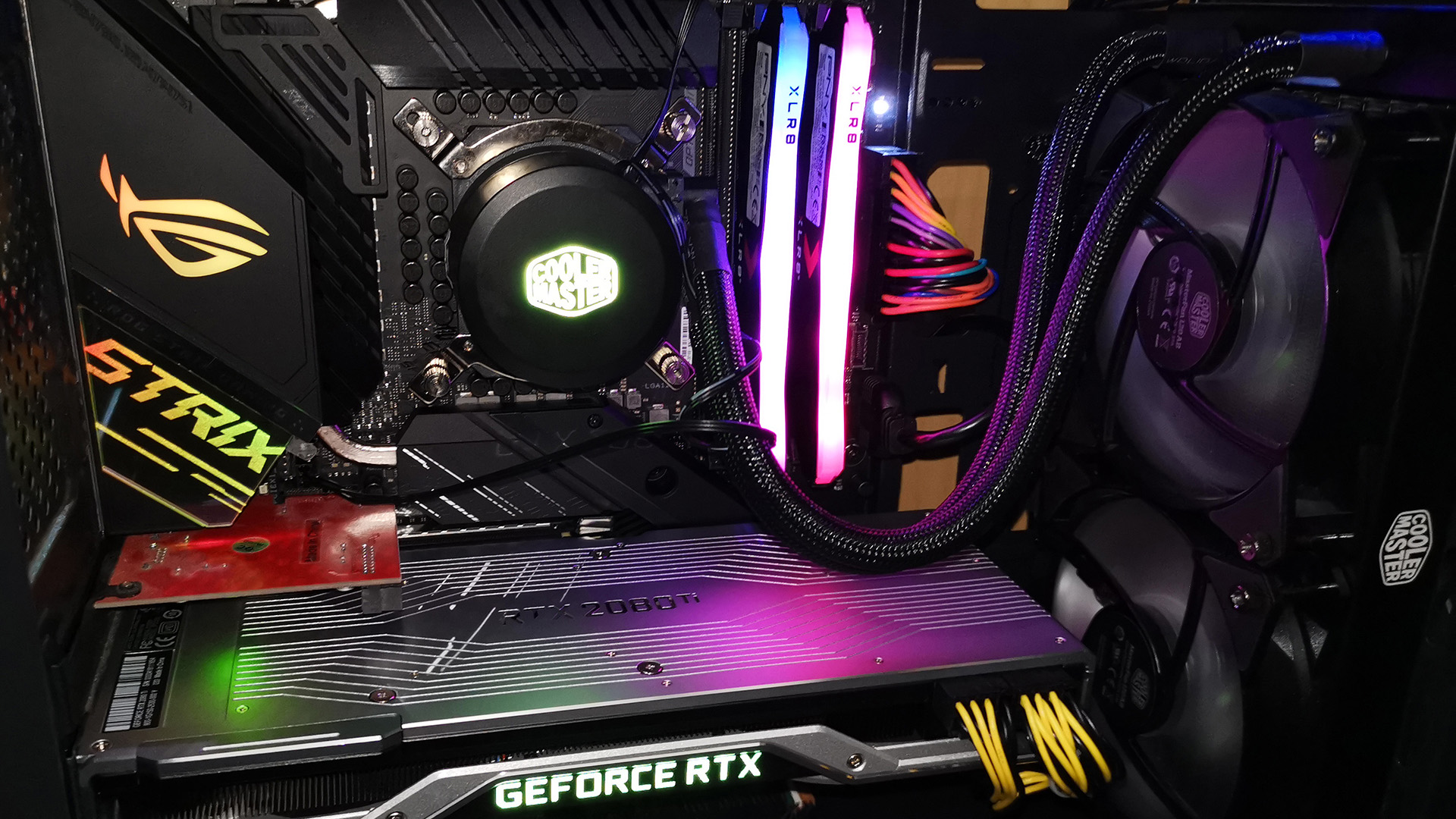 I’ve previously tested both a 10th Gen Intel Core i5 and an Intel i9. Whilst all those extra cores are lovely if you are into 3D rendering, for normal use (normal for me being gaming), an Intel Core i5 10600K will do you proud. Not only is it still a fast CPU, it doesn’t burn as hot as its big brother allowing for better overclocking and, at half the price, much more bang for your buck.

And overclocking is something that the ROG Strix Z490-E Gaming does very well. A dark art to be sure, but the motherboard has built in AI overclocking, so there’s no need to use a Windows app to get the most out of your equipment. By simply selecting the AI options in the UEFI BIOS, the motherboard will test and rate your PC’s fans and start training the AI to create a unique overclock based on you PC’s operating temperatures and CPU’s capabilities.

With the AI setting enabled, simply running a stress test in Windows gives the motherboard enough information apply a robust overclock to the CPU. You can either lock this overclock or get the AI to continuously monitor your PC, adjusting the overclock accordingly. I prefer to keep the motherboard monitoring, as the Sydney climate is changeable and I don’t want the PC frying if I’ve not got the AC on. 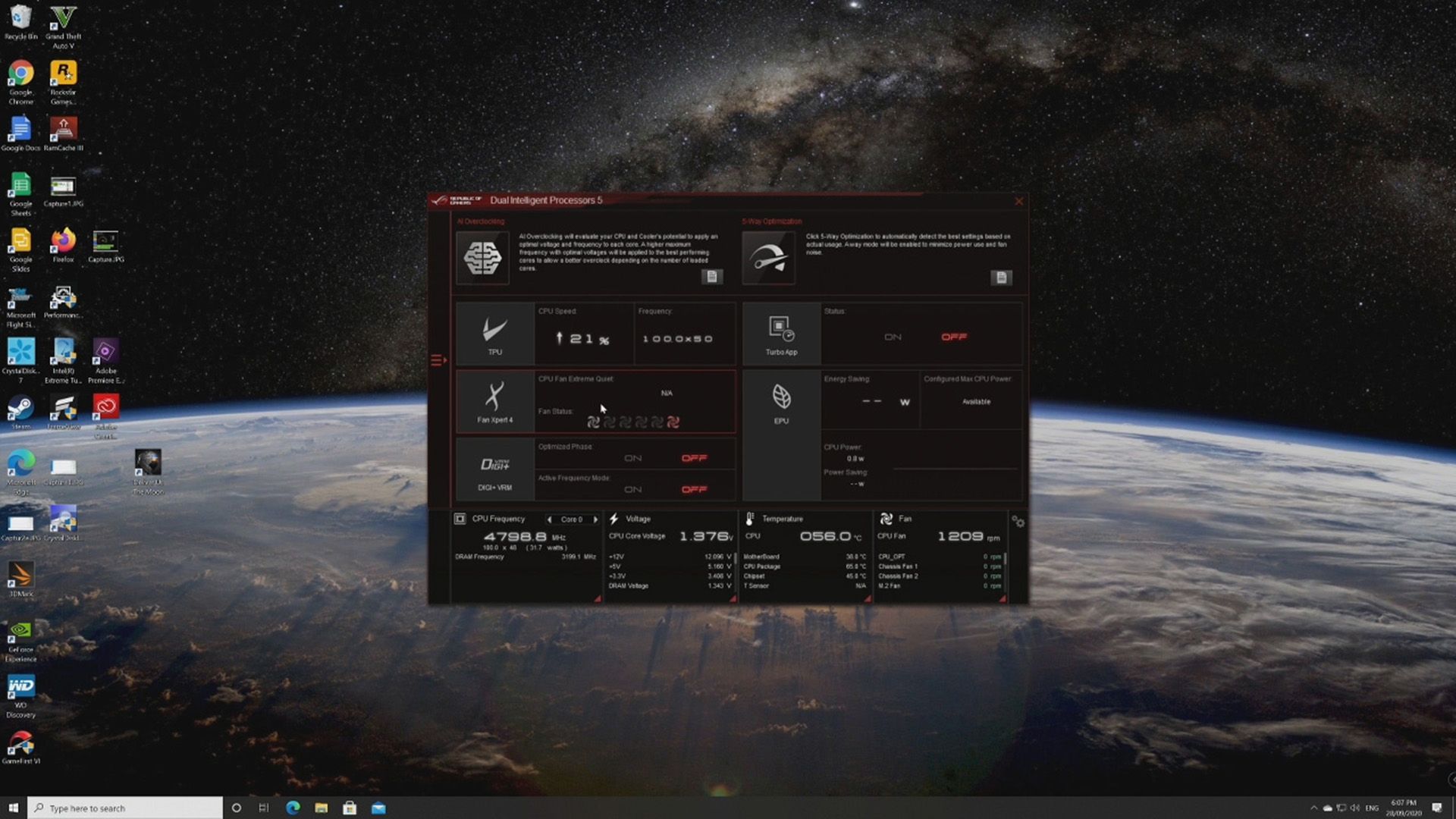 On the subject of frying, the board has a dedicated all-in-one CPU water-cooler header as well CPU, water pump, OPT and 2x chassis fans and M.2 fan headers. The board actually comes with an optional 40mm VRM MOS fan, rather than just mounting. This little fan is handy if you want to really start pushing the board to its limits. Most of these fan headers can be controlled via the BIOS Q-Fan utility.

Using nothing but the AI overclocking settings, I achieved rock-solid a 19% overclock. That’s no manual adjustments of the frequencies, clock multipliers or voltages. Asus makes it so easy to get the most out of your CPU.

The board comes with a range of Asus bundled software on CD. The software can also be downloaded for the Asus website if your PC build lacks a CD drive. I’m not one for bundled software, but some of the included apps are rather useful especially if you want top performance without having to mess about. 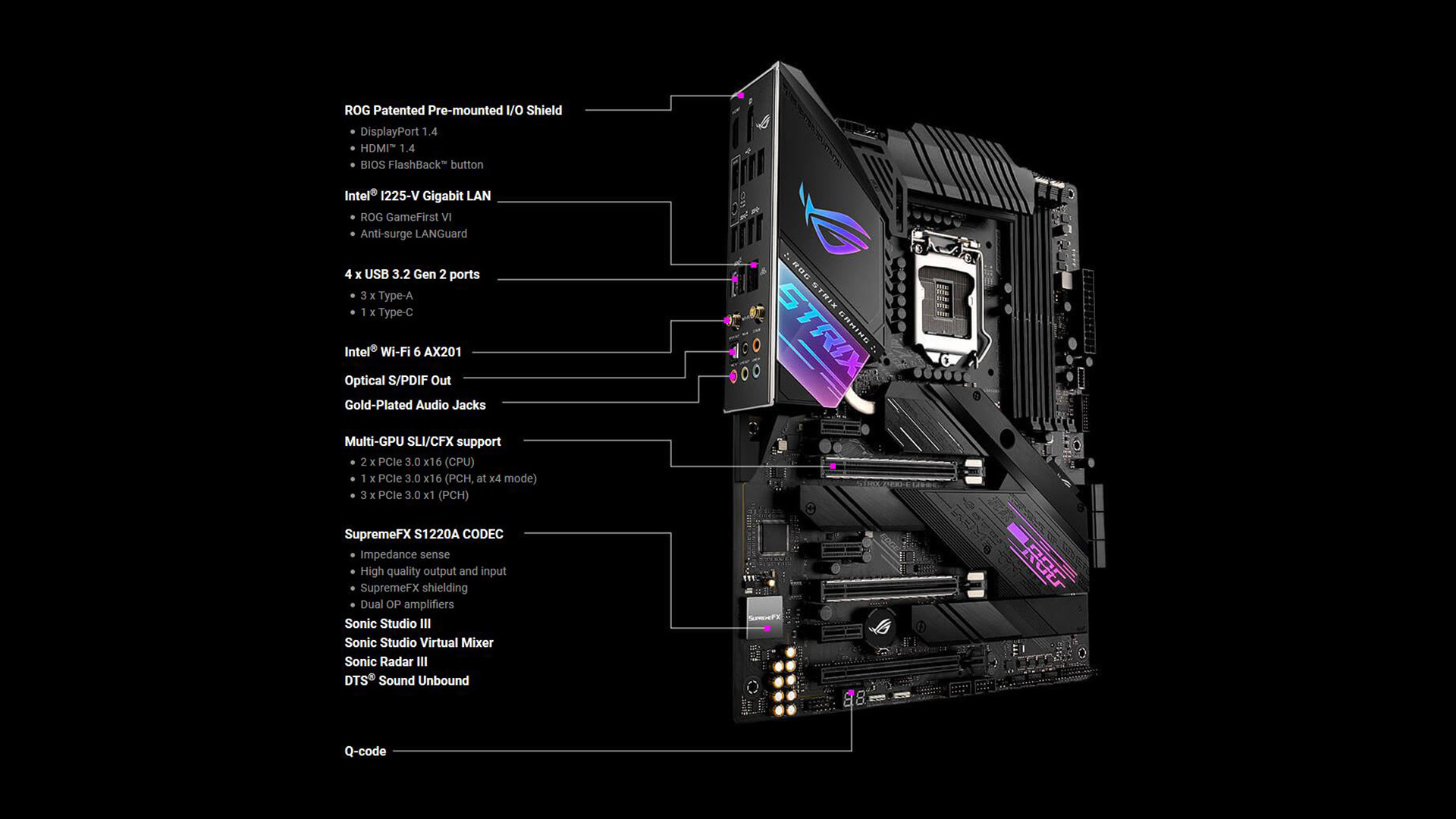 The top program is the AI Suite 3 with features 5-way optimisation and AI overclocking. It’s a good alternative with of accessing those AI overclocking features if you are a bit nervous about tucking into the BIOS. The suite enables the fans to be tested for efficiency along with other tweaks design to tune the system for peak performance.

RAMcache III is a simple self-configuring utility that monitors PC use and caches frequently used files to memory for quick access. You may find that the loading time for commonly used programs speed up due to this app running in the background.

Gamefirst VI is a network optimisation suite aimed at the competitive gamer. The software monitors network traffic from the PC prioritising bandwith as required. Possibly not the most useful software for most, but it did stop a routine media file library update that would have otherwise monopolised my network bandwidth. 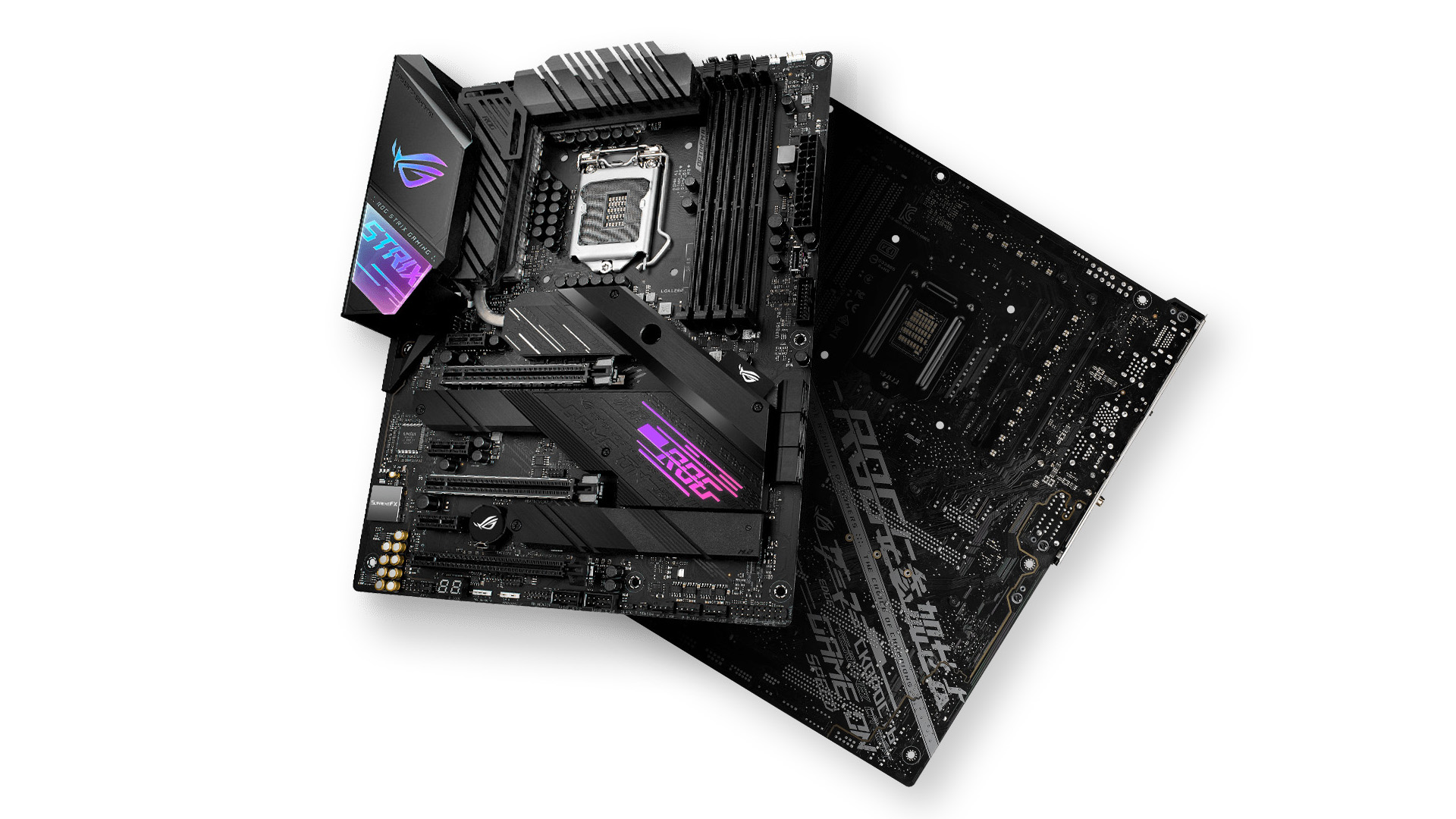 The likes of the freeware Daemon Tools Lite, WinRAR and CPU-Z are a nice bonus and will come in handy checking you CPU, dealing with archives, and mounting ISO file on virtual drives.

PC enthusiasts wanting a clean case utilizing just M.2 solid state drives will be very happy. For my test I installed a 500GB Samsung 970 Evo Plus NVMe M.2 SSD for the operating System and a 1 GB Crucial MX500 SATA M.2 SSD for data. The OS installed without issue and all the drives worked without any messing about.

The Asus ROG Strix Z480-E Gaming motherboard continues Asus’s legacy of providing gamers with high-quality robust hardware that’s both easy to use and highly customisable. I really can’t recommend this motherboard enough. I like it so much that it will be forming the backbone of the game review rig for the foreseeable future. 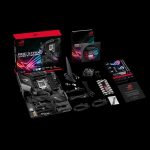 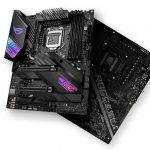 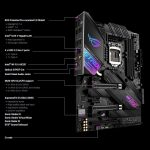 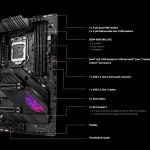 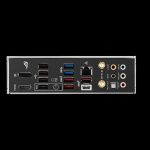 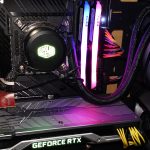 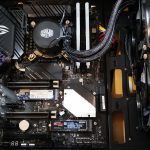 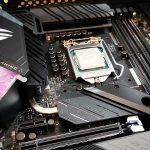 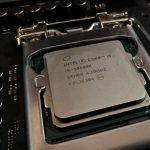 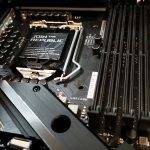 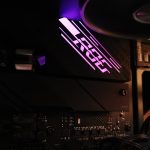 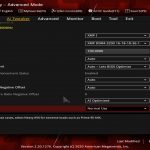 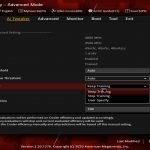 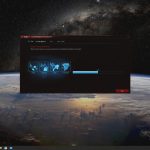 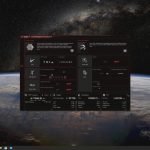 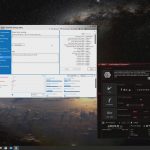 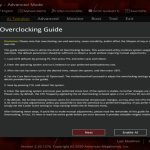 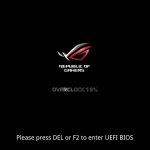