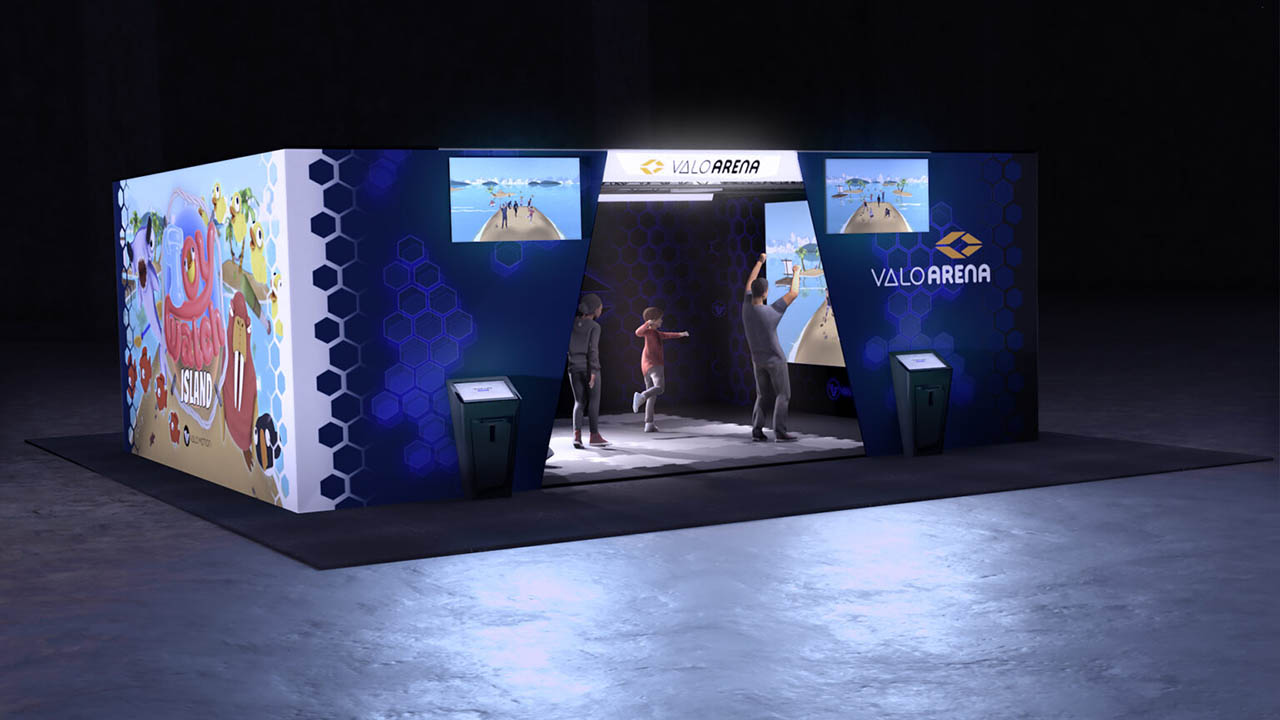 Valo Motion announces that its new immersive Mixed Reality indoor-arena, ValoArena, will have its official live launch at the IAAPA Expo trade show from September 13th to15th 2022 in London.

Designed for activity parks and other indoor spaces, the freeform game requires no wearables for gameplay, allowing players to enjoy maximum physical activity and social interaction. This is the official live launch of the unit, and the first time that industry players and media will have the opportunity to try ValoArena out for themselves.

ValoArena was introduced at the beginning of the year and installed at six premier locations in Europe with two upcoming installations in the US. Premier installations were done in Germany, Austria and Switzerland, and have been met with enthusiastic reception from both operators and players. 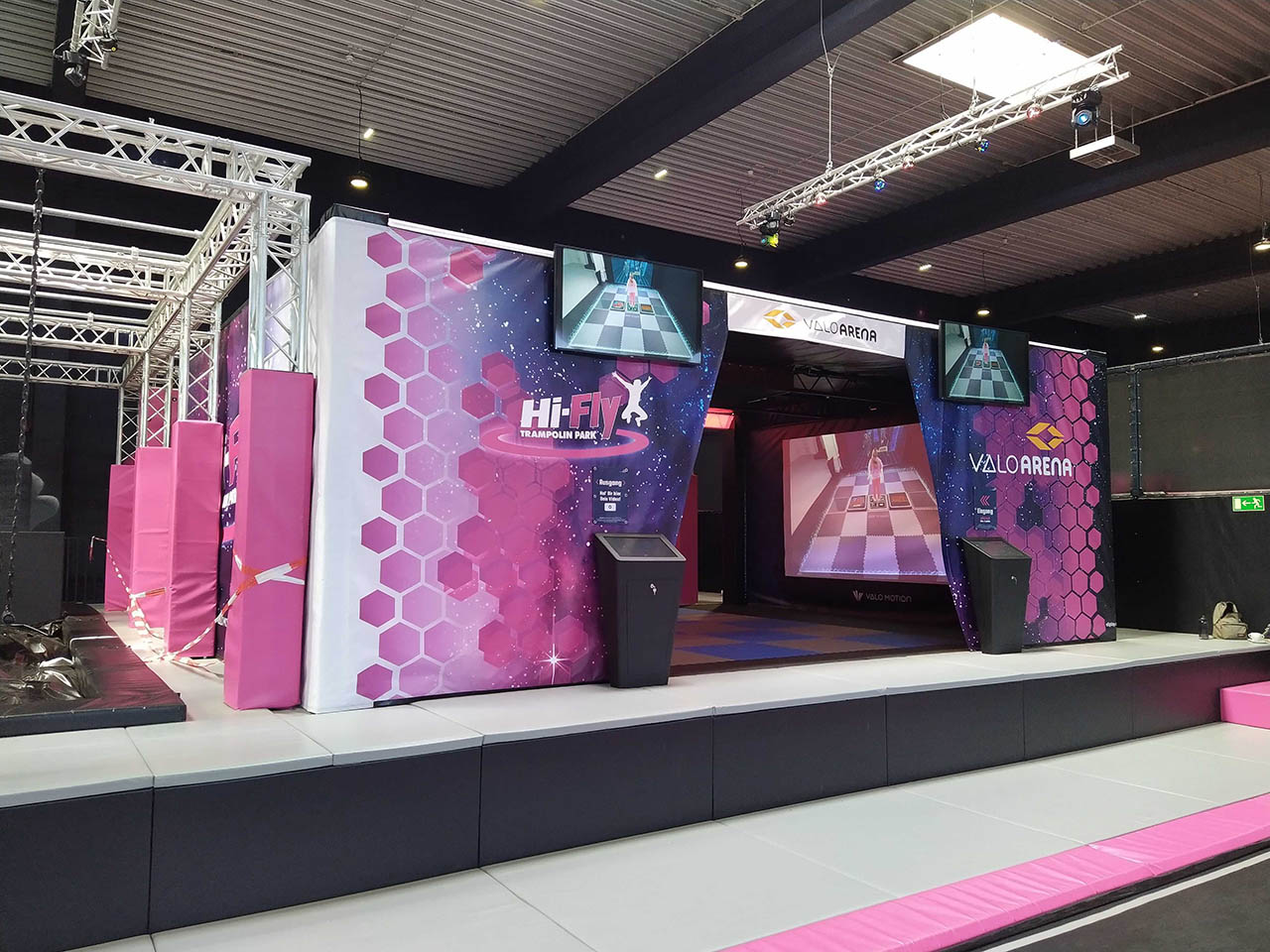 According to Lasse Buschmann, CEO of Hi-Fly Trampoline Park where the unit was installed over the summer, ValoArena was purchased to keep the park’s format modern and relevant for the evolving tastes of their audience.

“We always observe what is happening on the market, and we got ValoArena because it helps us to stay relevant and modern. Today’s kids play a lot on cell phones and screens, and at Hi-Fly, movement is important to us. ValoArena is great because it combines movement with kids’ love of digital entertainment. It’s also a social activity, which makes it really fun for friends and families to do together. ValoArena adds value to our park and ticket prices because it’s easy to access, it has no wearables, and it saves staffing costs,” says Buschmann.

With ValoArena, parks are now able to offer their customers with new, exciting attractions that allow unattended operations with practically no preparation time. Companies from multiple different fields face challenges when it comes to employee shortages, which – in addition to other things – means that unattended attractions are now more popular than ever.

“ValoArena is the easiest attraction. We don’t need to do anything to it for it to work. It has been a big hit,” says Mika Jimenez, Customer Service & Park Manager at SuperPark Vantaa, where ValoArena was originally installed in February.

In its premier locations, ValoArena has proven to be in heavy daily use, and it enables a lot of people to enjoy the games every day. The unit can accommodate up to six players at once which leads to shorter queueing times at busy parks as well as more interactive and social gaming experiences for players. 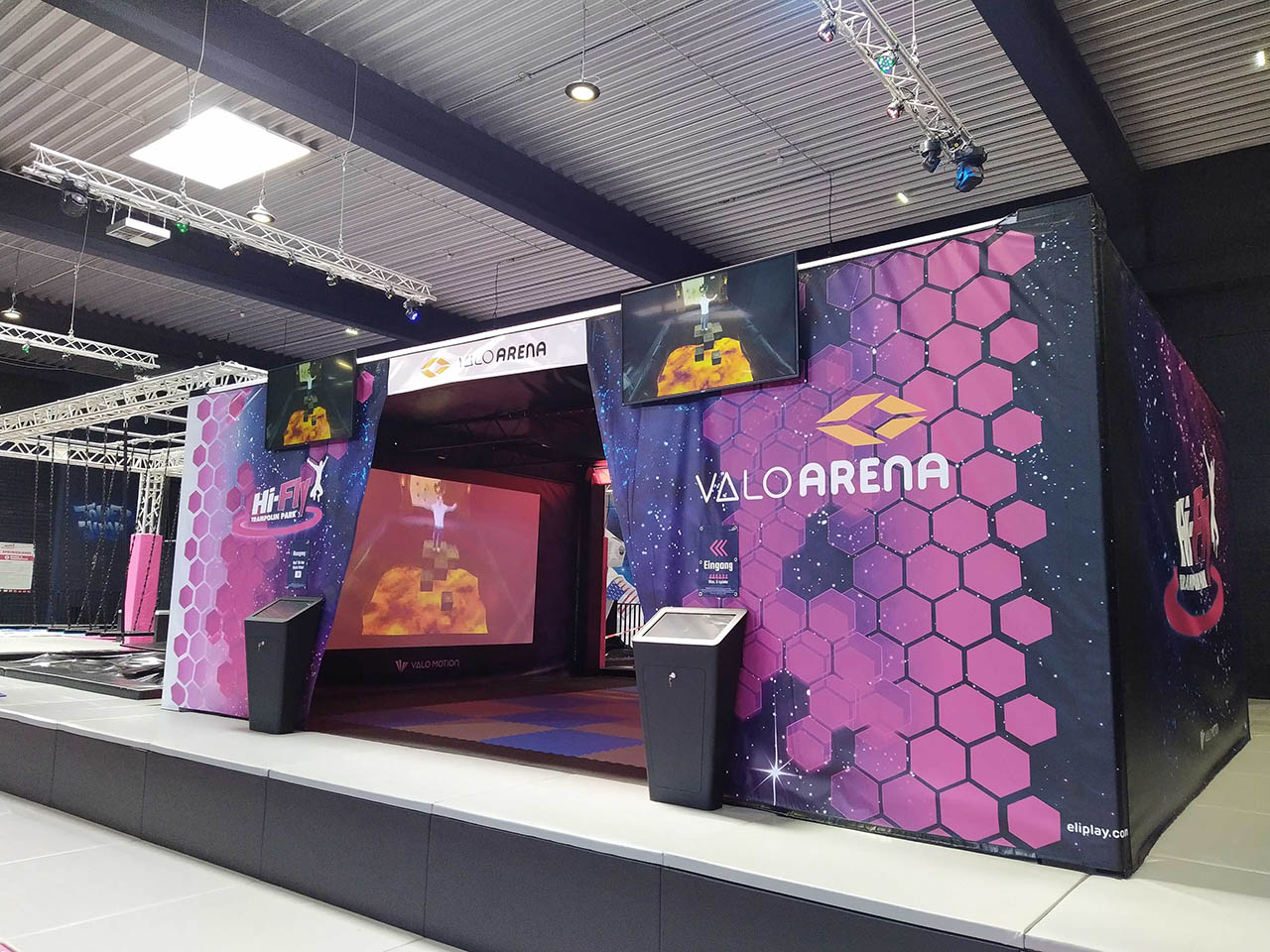 “ValoArena was designed for up to six people to have active fun together, and we wanted to learn together with owners of premier installations how ValoArena will be received by players. We have received highly positive feedback and several locations had over 4,000 players per week! Park owners tell us that the ValoArena units are in heavy use and enjoyed by the players. I’m glad that ValoArena is turning out to be as popular as our previous products ValoClimb and ValoJump which total over 46 million active and fun games over the past six years,” says Dr. Raine Kajastila, CEO of Valo Motion.

Attendees of the IAAPA Expo trade show are welcome to come and visit Valo Motion to try out ValoArena.