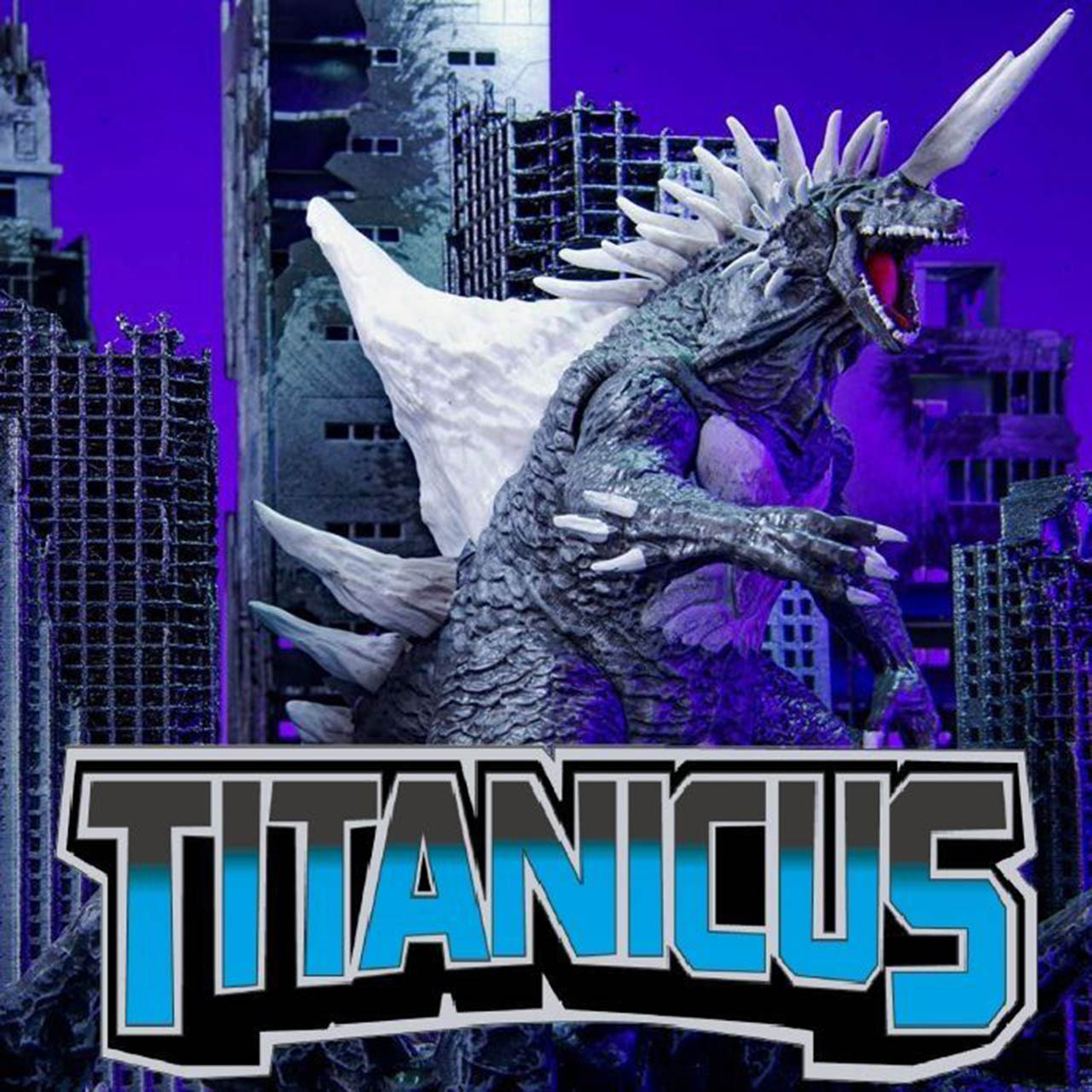 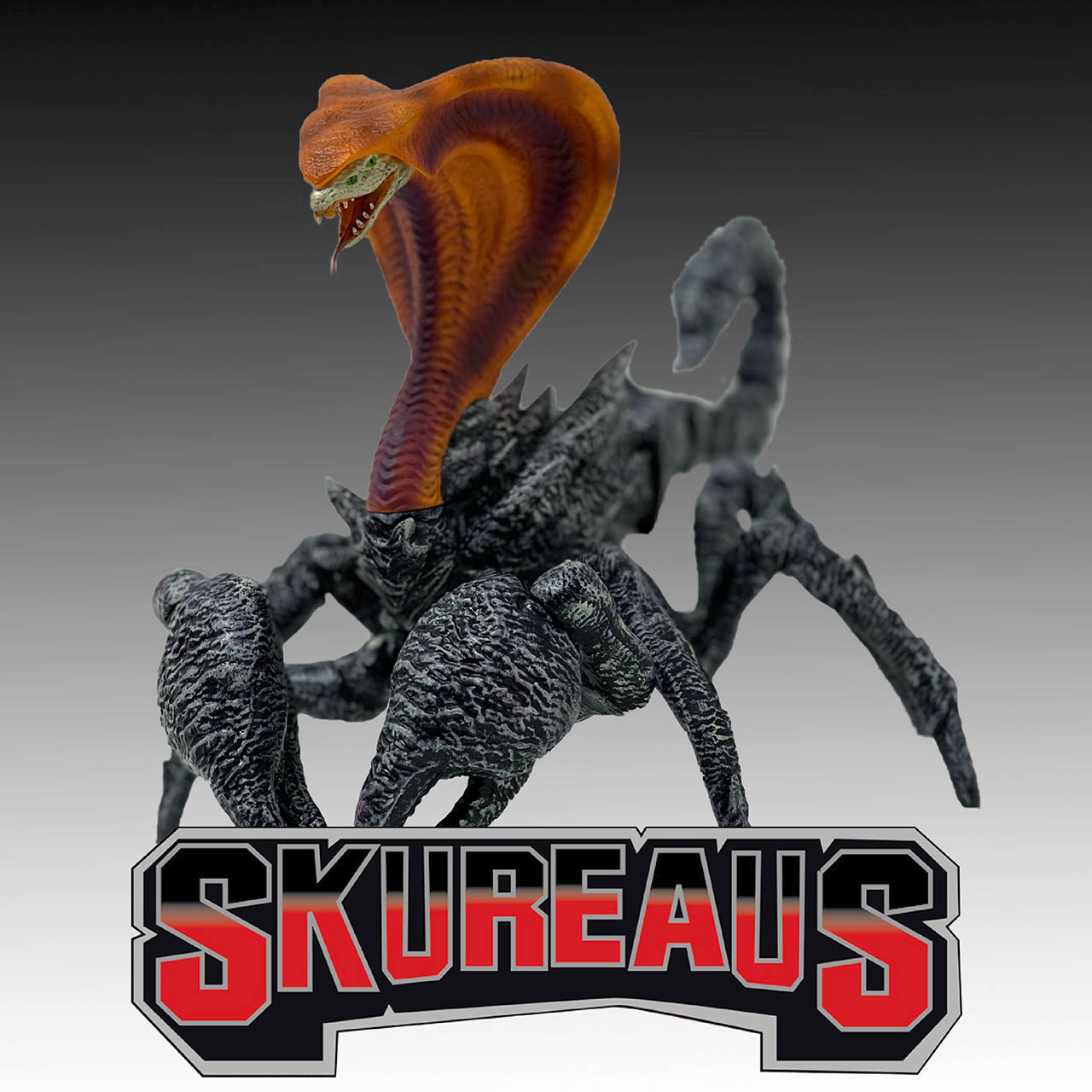 Skureaus is the ultimate weapon of ancient Egypt.

A monster that was designed to be controlled and used to wield God-like power. It was buried for thousands of years but was dug up by Nazi archeologists hoping to master its power. Skureaus is controlled by a yellow amulet that is currently in the possession of Nazi General Erwin Rommel. With this super weapon the Nazi’s have taken over all of Egypt and are invading the rest of North Africa at an alarming pace.

The only hope the Allies have against this creature and its evil master is another ancient power that has laid dormant at the bottom of the Atlantic Ocean, Skureaus, soon to reawaken. 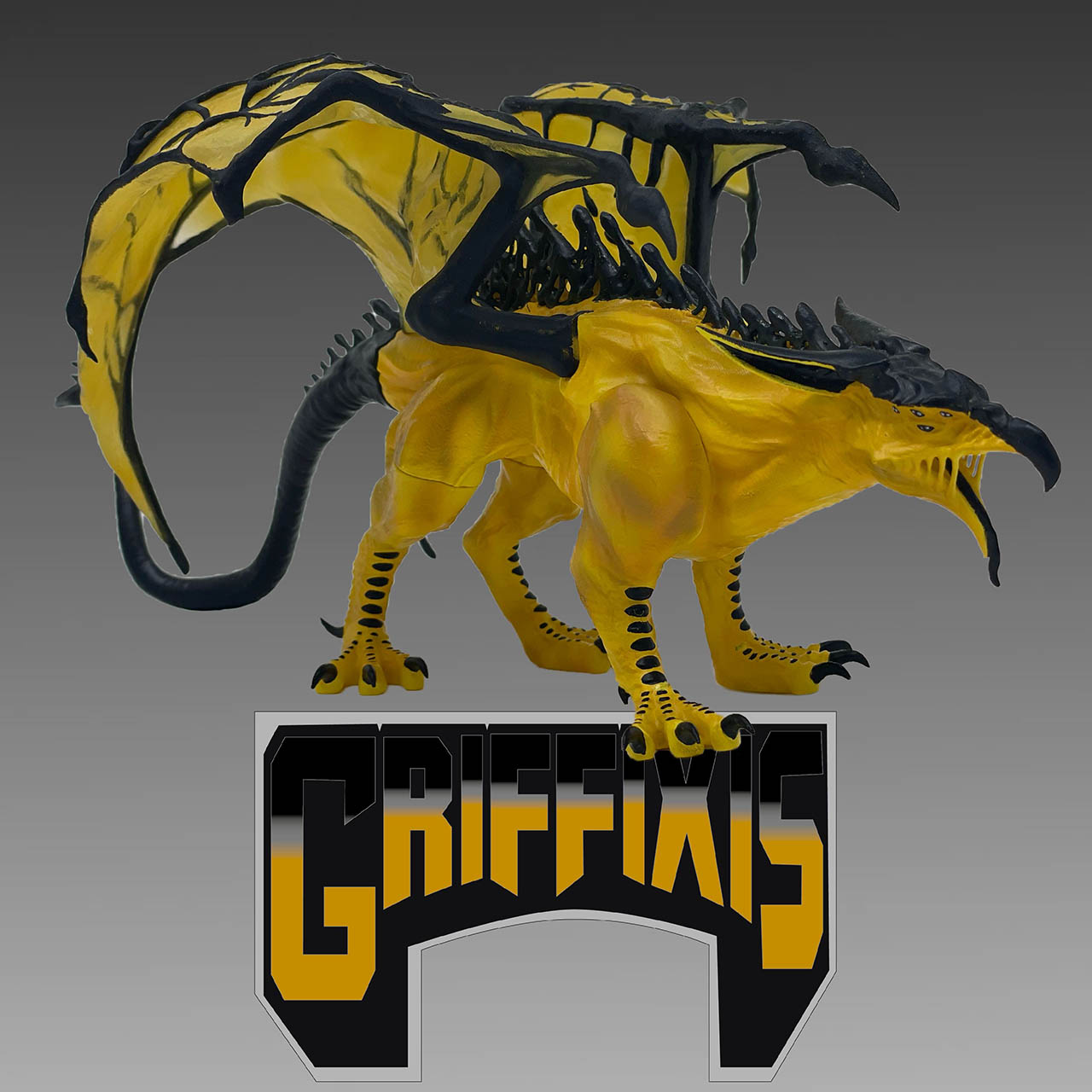 Griffixis is a beast from outer space.

The Griffixis pathogen originally lands on a planet and infects two members of the native population, turning them back into children.

The monster then begins to take on traits of assorted animals on the planet until it becomes the ultimate alpha predator. The first planet to encounter the beast was the home of another monster, Nosferadon. That planet fell in short order after Griffixis arrived. Where the pathogen was created remains unknown and at this time, there is no known way to slow or stop its rapid evolution.

An ancient monster that was first spotted in 1912, when he attacked and sank the RMS Titanic.

The monster’s appearance triggered the creation of Project Serenity, which was tasked with keeping the secret about the true horrors that lie in the ocean from the public. Titanicus’ origin is a mystery with many scientists believing that the monster was an ancient super weapon created by Atlanteans.

In addition to the attack on the Titanic, Titanicus has been known to sink merchant ships and has been rumored to live near the Bermuda Triangle. 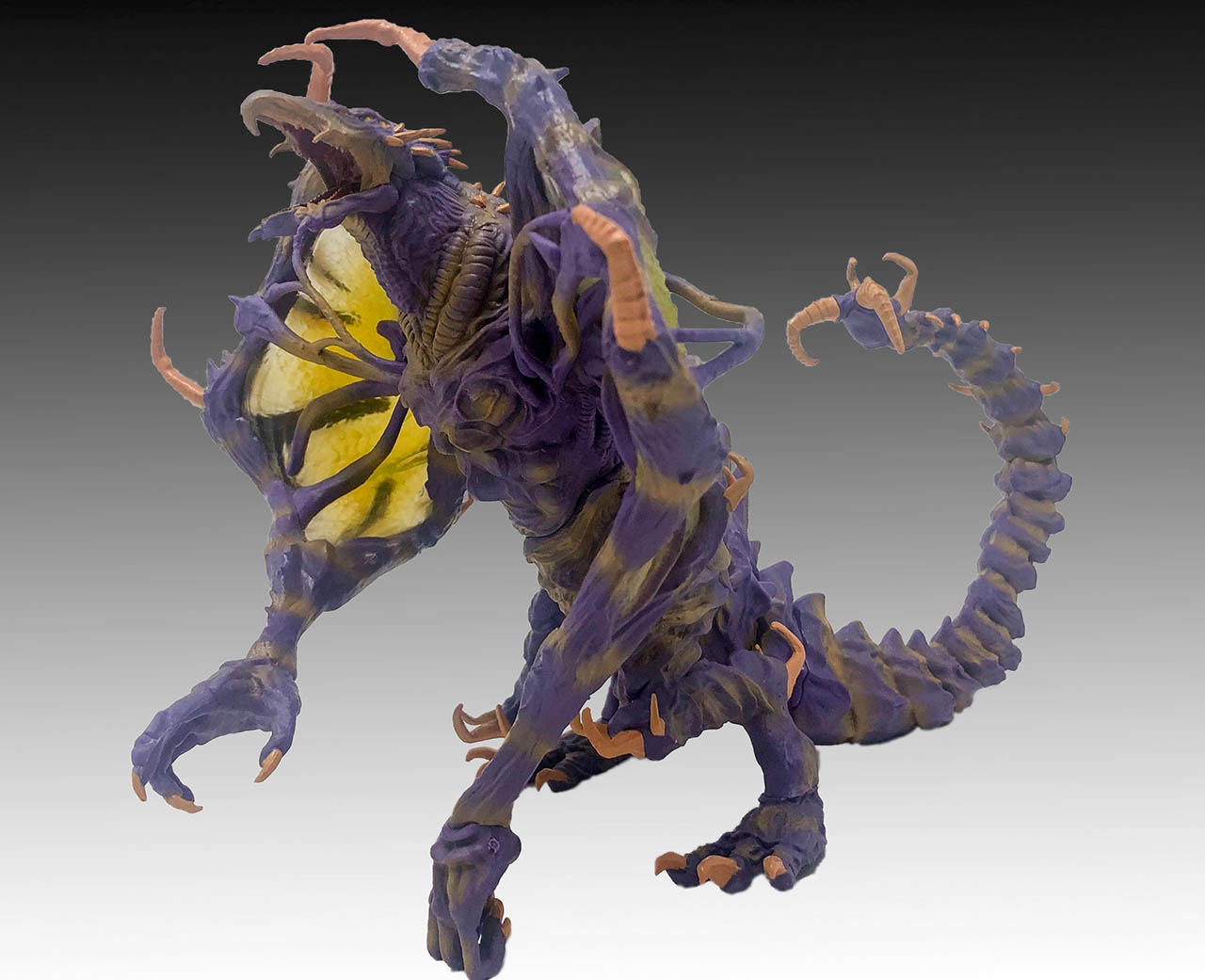 Nosferadon was designed by aliens to stop the Griffixis creature, but unfortunately there was not enough time.

As the monster was laying waste to the planet, the creators shot Nosferadon’s egg into space hoping that one day it could save another planet from the cruel fate that had fallen their home world. Eventually, the egg landed on Earth and was discovered by a young Jewish boy in 1930’s Germany named Wolf.

After Nosferadon hatched, he created a bond with Wolf, and after Wolf’s parents were taken away by the Nazis, the pair set out trying to find them while also knowing that one day the Griffixis pathogen would come to Earth and Nosferadon would have to live up to his destiny to stop it.

“These high detail, poseable creations deliver a bold dimension to the collections of ardent horror, monster, and kaiju fans with eye-catching, one-of-a-kind designs,” says Mac McClintock, CEO of Titanic Creations. “Over the coming months we will expand the product catalog and build a narrative for ‘Soul Wars’ with additional characters and other products.”

Pre-orders will open in early January for GRIFFIXIS, a hellish, razor-toothed, flying maneater.

The first two figures in the line, TITANICUS and NOSFERADON, are available now.