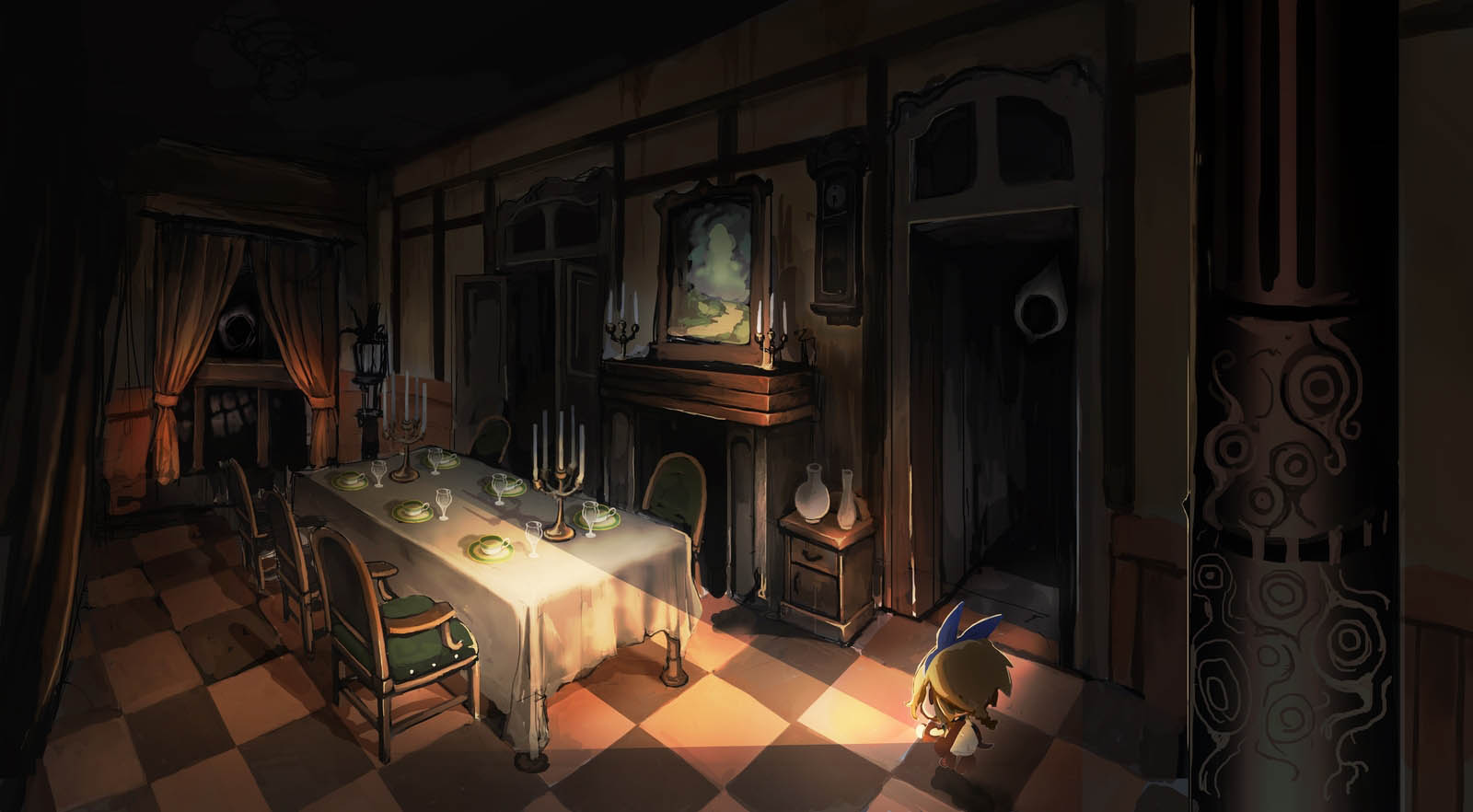 Horror is an interesting game genre.

For the most part, the genre is loaded with simple jump scares, heightened by the players senses which are built by proxy of playing the game, but every so often something truly creative comes out of the mix, and Yomawari: Midnight Shadows foots that bill.

Kicking in I was concerned having not played the first game, but fortunately it is its own self-contained title, telling the story of Yui and Haru in a spooky haunted town. The game kicks off telling the story of the loss of Yui’s dog, followed by the meeting up, and separation of Yui and Haru. Once they are separated, most of the game involves Haru as she tries to find Yui in the mysterious town, dotted with moments of Yui for the story. 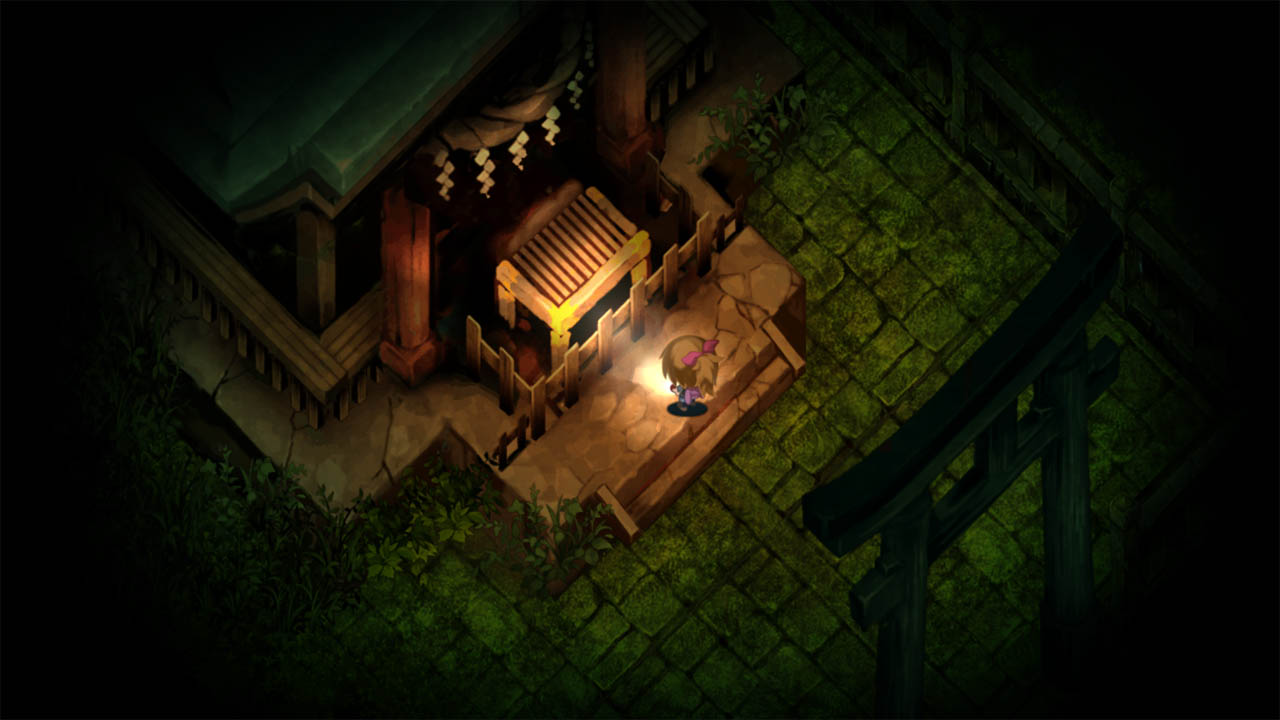 This story is interesting, but that’s not what makes the game worth experiencing.

The game takes an isometric angle – not unlike a lot of NIS games – using hand drawn styles making the game look wonderful. The chibhi character designs look gorgeous, but it’s the spirits occupying the haunting town that stand out. They vary from the normal, like a ghost dog, to weird faces, giant plant looking beings to weird floating faces, and creepy children playing with balls. 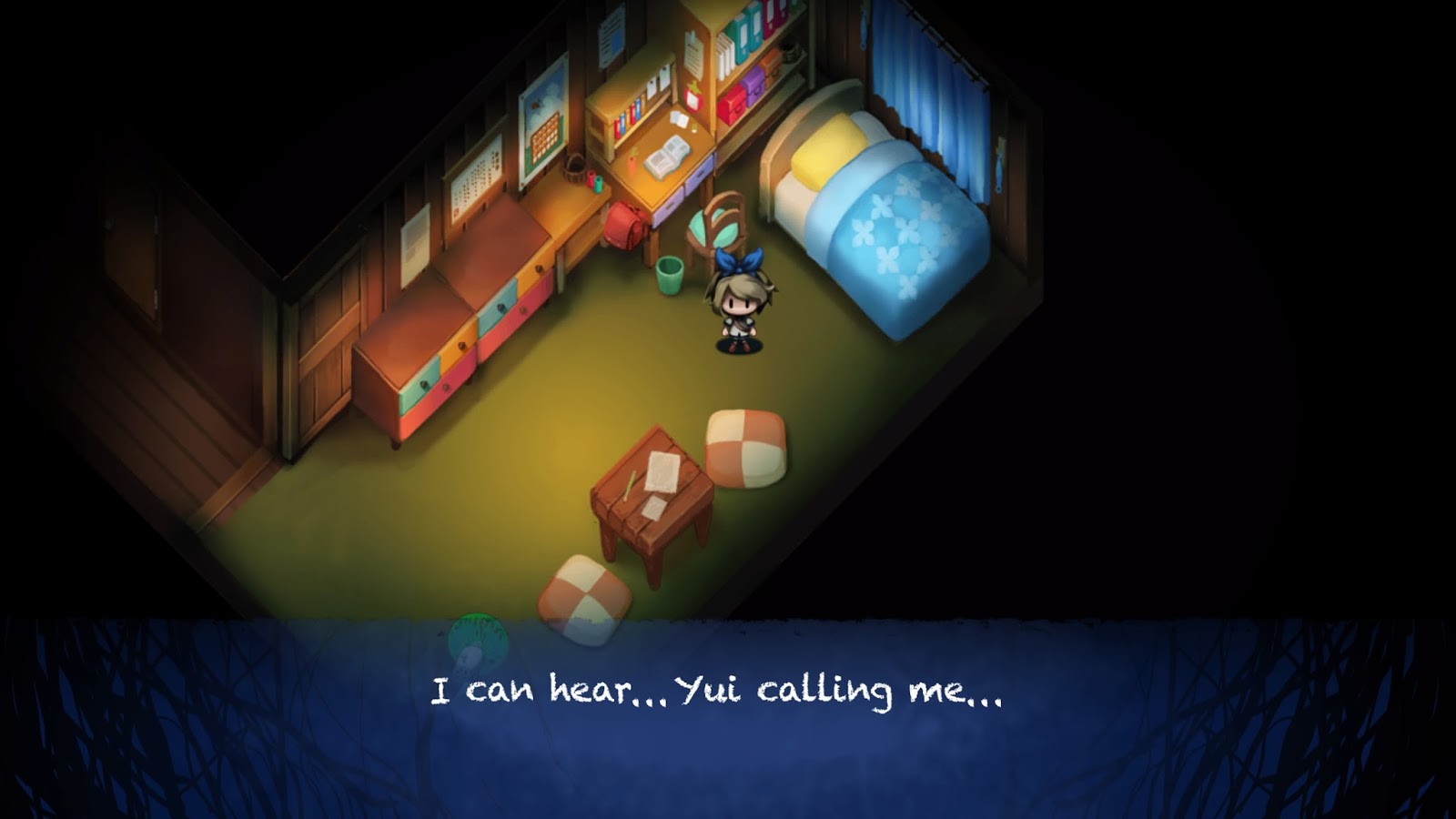 The only way to see these beasts is using the light, and as the game is set at night, the majority of this is using your flashlight – when you have it – and streetlights. This is what makes the game tense, especially when you are running, not being able to see the thing you know could be right behind you.

Do you turn around to see how far away it is, and risk being caught if it is close, or keep running? You will make this call a lot. 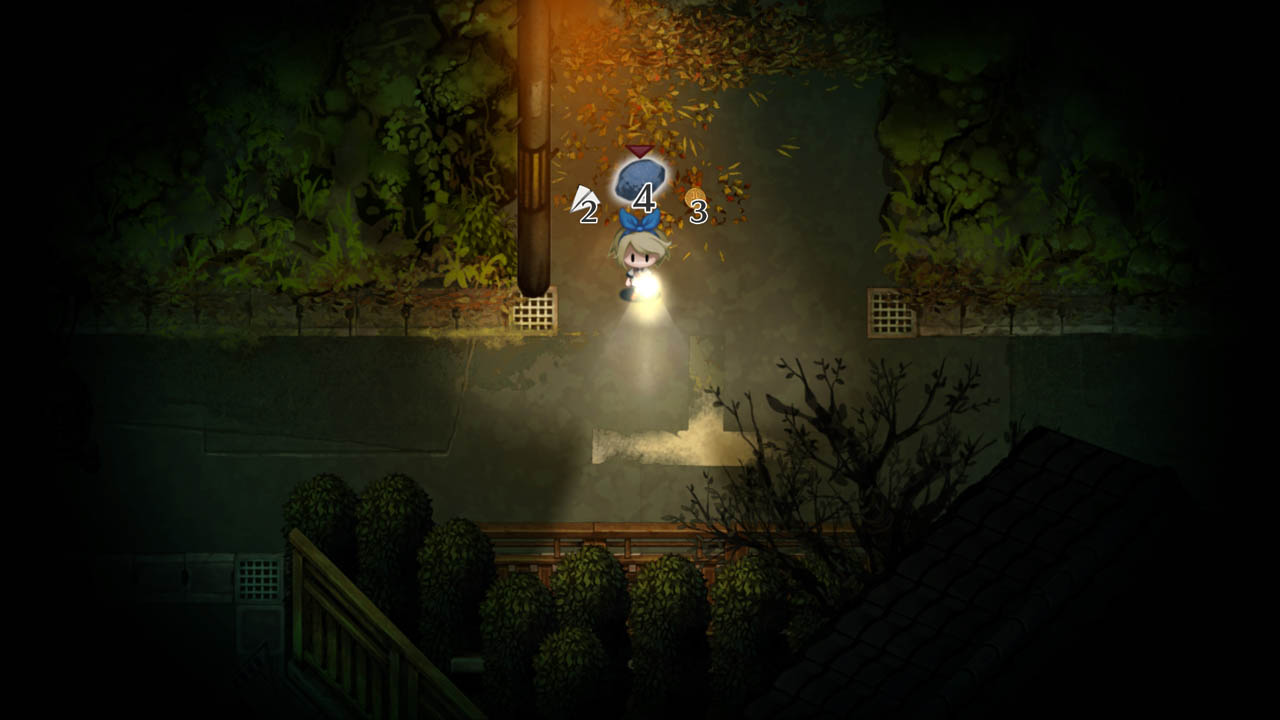 There is no combat in the game, when you come across a spirit you either need to distract them by throwing something, or run until they give up, or hide.

This also builds the tension, but not as much as the sound. The game has next to no sound, making it uncomfortably quiet, and the few bits of sound is built up to let you know when spirits are near, or to make you feel uneasy, and it nails it. I still can’t believe how tense an isometric, stylistic, chibhi game can be. 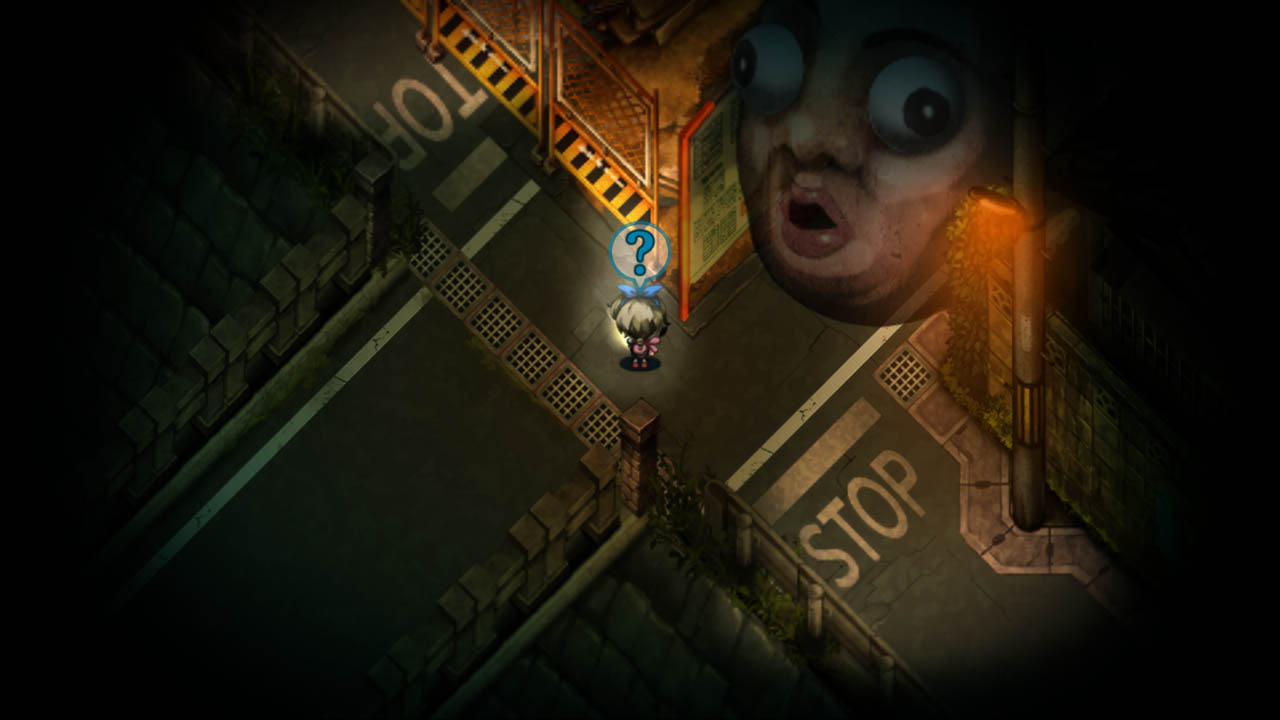 Running in the game is limited using a stamina bar across the bottom of the screen.

The stamina bar only appears when you are running / post running, which can be frustrating when you are walking around because it also operates as an alert for when spirits are near.

The colours and flashing on it are only available when the bar is up, which for the most part isn’t an issue as it complements the sound, but if for any reason sound isn’t an option at the time then this is your only alert outside of seeing them. 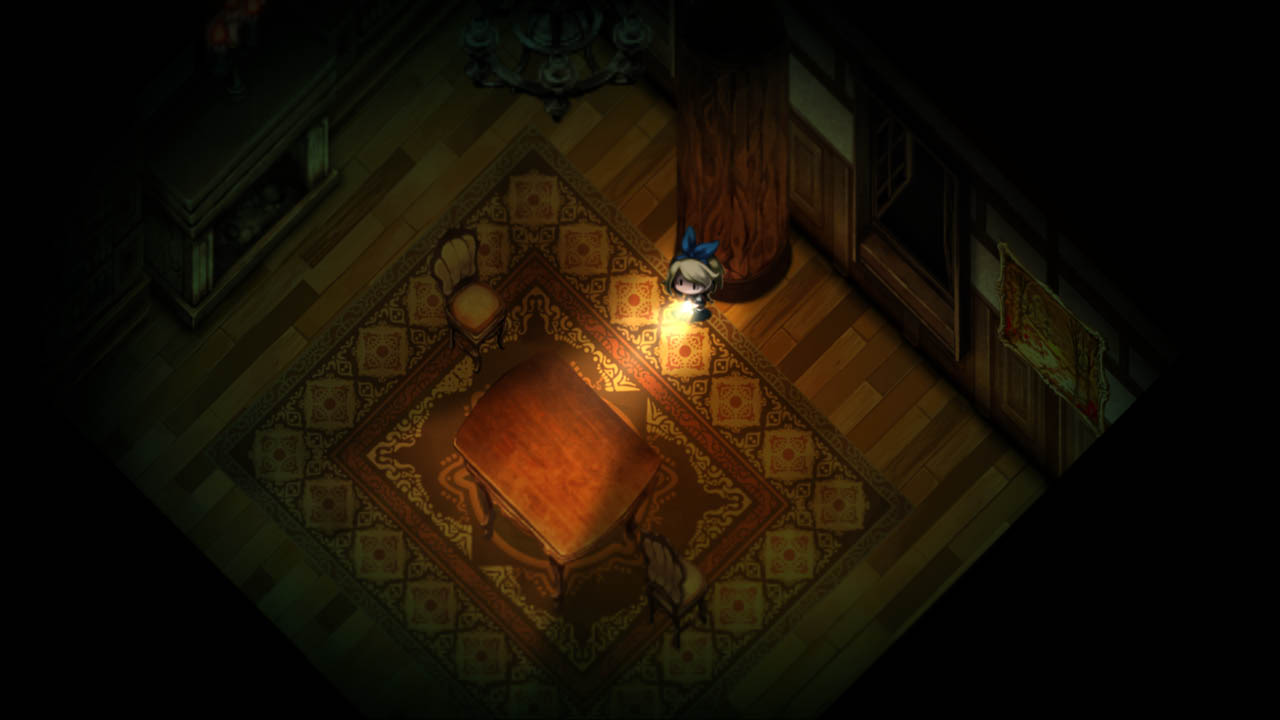 The game’s best detail is its use of hiding.

When you go into hiding the game zooms in on your characters and a thumping red circle shows where the spirits is, and your heart beat. The thumping with the visual styles makes these moments a tense assault on the senses, as you wait for the spirit to give you a chance to escape.

Yomawari: Midnight Shadows is a truly special game, using its wonderful art style, and sparing use of light to make an unnerving, and tense horror game. With the odd jump scare that startled me enough to drop my Vita, but with the separation gained from an isometric view meaning even wusses like me can get through it.

Any Vita owner is all the better for experiencing it. 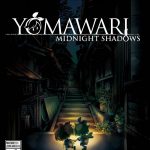