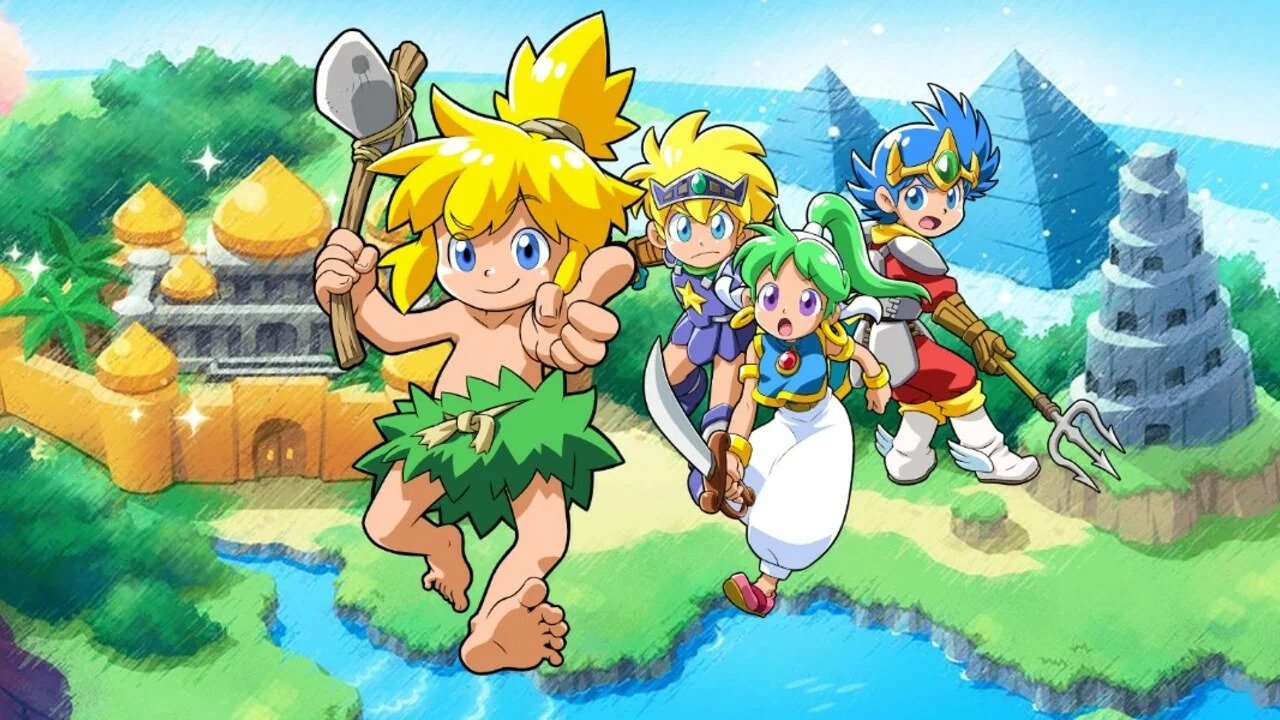 Go back to the 80’s, the days of cartridge, the trauma of permadeath, the days of side scrolling and pixels with The Wonder Boy Collection.

All instantly playable you can start at the beginning or work your way through the entire series.

For me, Wonder Boy in Monster Land was a welcome trip back to my childhood and when I really got in to video gaming.

This one had me hooked and without the option of saving my game in the Sega Master System II I would leave my game on pause when I had to go to school, so I’d not lose my progress. 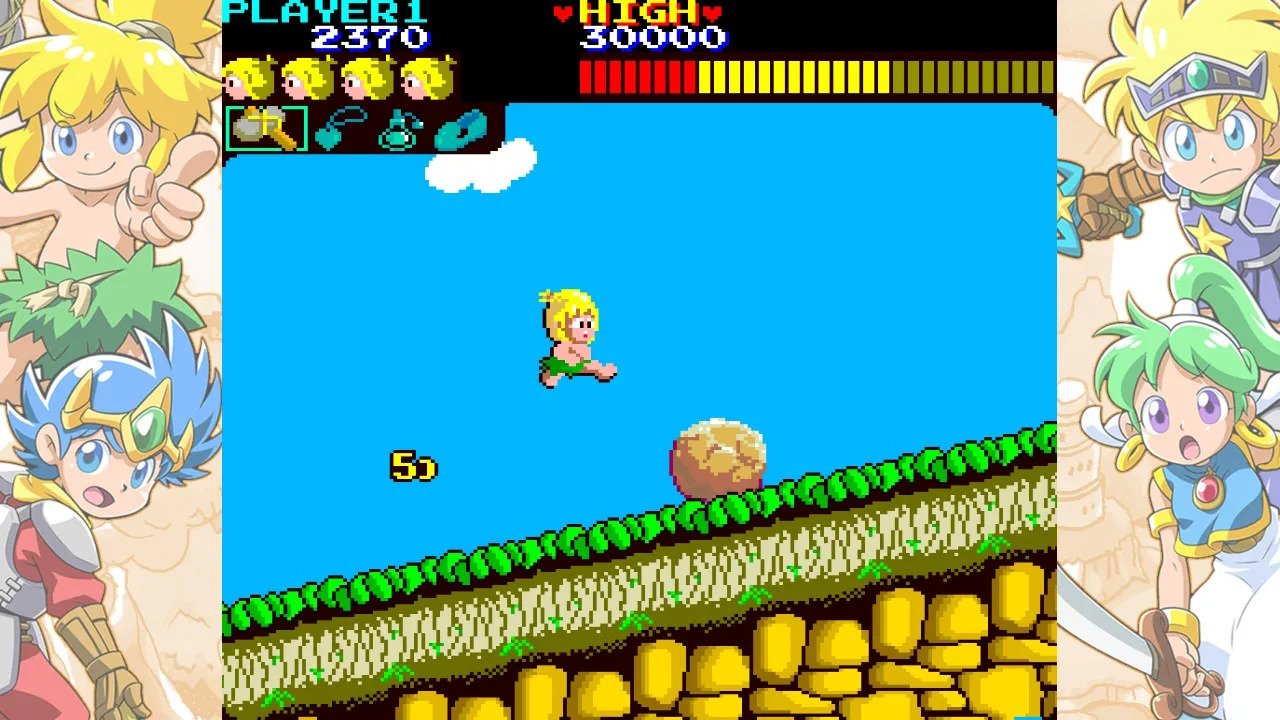 Wonder Boy was a leap ahead in true RPG adventure gaming for it’s time.

Buy items from stores, level up your character with better weapons and armour, talk with NPCs.

Looking back now, it still amazes me how so much complexity and at the time top shelf graphics was able to be crammed on to a cartridge.

Wonder Boy will traverse the lands of the Kingdom with varied missions depending on which title you play and with Wonder Boy in Monster World a new playable character was introduced, Shion.

Wonder Boy IV when it first released dropped the ‘Wonder Boy’ namesake, but is still known as the last and for some one of the greatest Wonder Boy titles in 16 BIT for the Sega Genesis / Megadrive.

The Wonder Boy Collection also has special features including a Gallery where you can view original concept art.

There is of course progress saves – something we early console gamers did not have back in the day.

If like me you reminisce fondly to the old days of gaming this is most definitely a title you need to pick up.

For newer gamers out there who have grown up in the Xbox and PlayStation dominated era, get a taste for what games were like for your folks and expect to be challenged too. 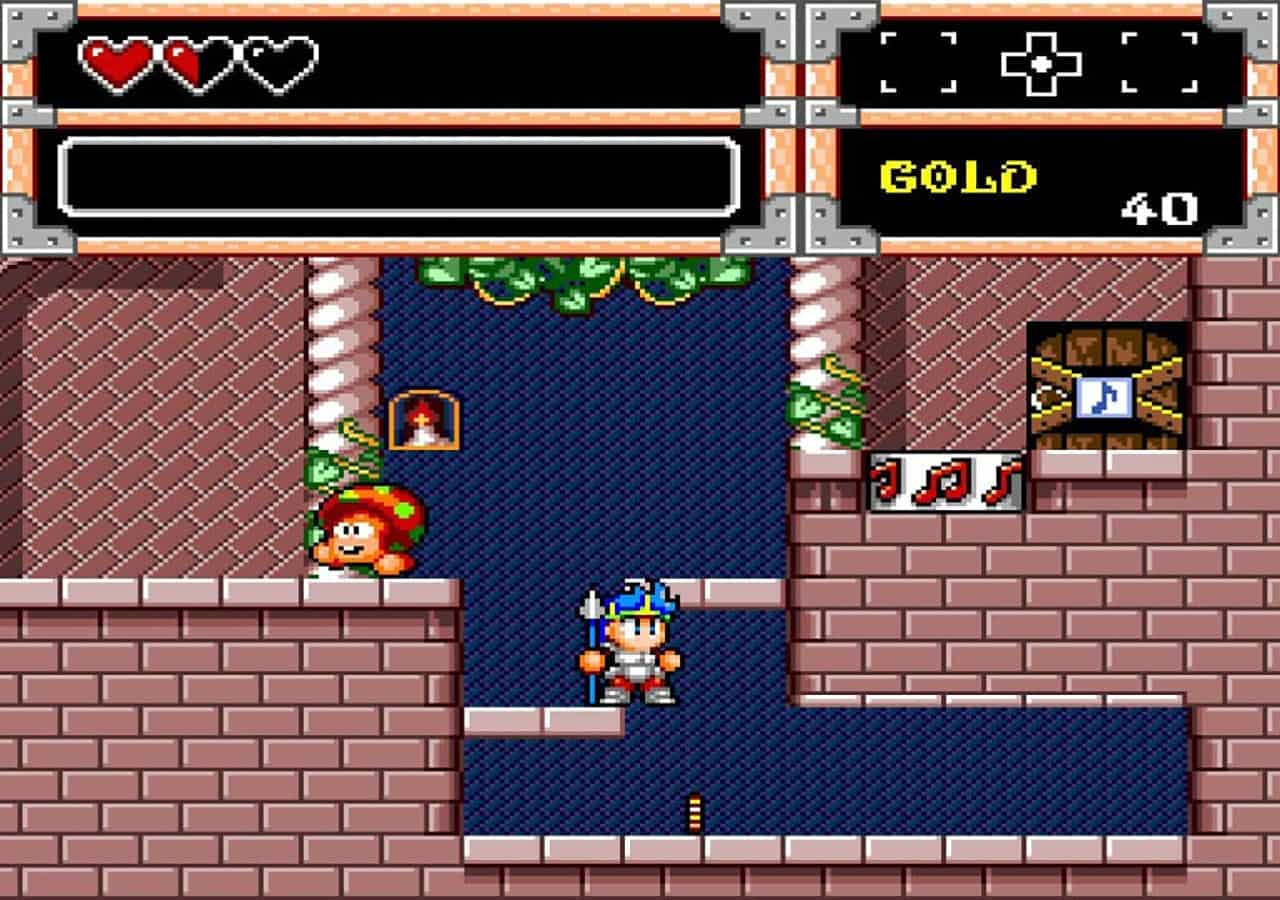 Cartridge games were not a walk in the park by any means.

Developed by ININ Games, the emulation and upscaling of the original Wonder Boy series couldn’t have been done any better.

Get back in to the side scrollers and pixels of gaming yore with The Wonder Boy Collection. 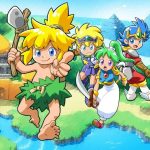