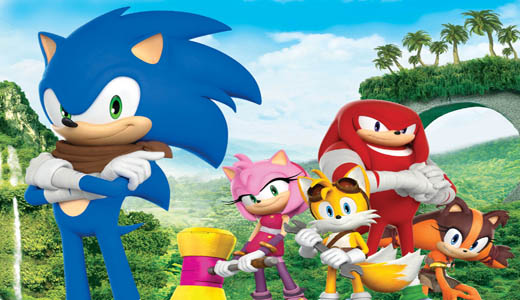 Today sees the release of Sonic Boom: Shattered Crystal for Nintendo 3DS and 2DS and Sonic Boom: Rise of Lyric for Wii U in Australia and New Zealand.

These two games are cornerstones of the newly created Sonic Boom universe and expand the Sonic Boom vision for fans. Set in the same world as the Sonic Boom animated TV series, Sonic and team – including new friend Sticks – work together to stop the evil villain Lyric. Play as multiple characters, each with their own abilities, as they explore, fight and speed through an undiscovered land. 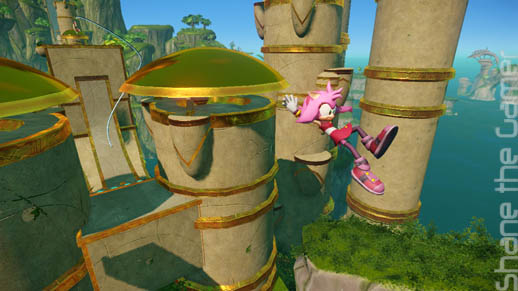 The Sonic Boom titles deliver completely different experiences as compared to previous Sonic games with collaborative gameplay at their core – all while featuring speed – the traditional element of Sonic and his adventures.

Taking advantage of the innovative hardware of both Wii U and Nintendo 3DS, Sonic Boom introduces exploration, combat and a new Enerbeam gadget that allows the Sonic Boom world to be discovered in totally unique ways.

There are also special upgrades for your characters that can be unlocked if you have both games – play through the story mode in Sonic Boom: Shattered Crystal on Nintendo 3DS to unlock specific character upgrades for Sonic Boom: Rise of Lyric on Wii U! 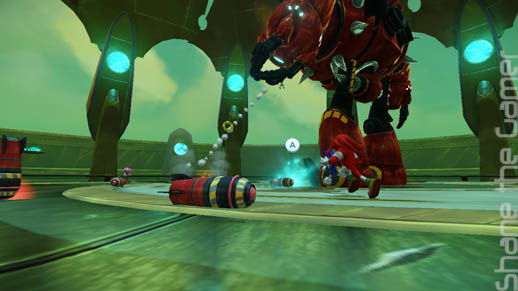 In Sonic Boom: Shattered Crystal, Amy discovers a secret ancient language and manuscript detailing the history and whereabouts of a ”Lost Crystal of Power”.

The evil and vile villain, Lyric, kidnaps Amy in his eagerness to obtain the long-forgotten power that has been hidden throughout the jungles and canyons of a mysterious new island, where players can explore a variety of Levels with lots to discover and multiple goals to try to accomplish. 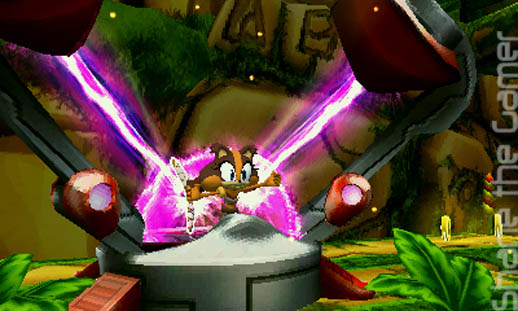 StreetPass functionality in Sonic Boom: Shattered Crystal allows you to receive tokens which are used in-game to buy collectables when you encounter other players of the game via StreetPass – try to purchase them all!

Sonic Boom: Rise of Lyric, exclusively for Wii U, is an original game developed by Southern California-based studio Big Red Button Entertainment in collaboration with Sonic Team and its head Takashi Iizuka. 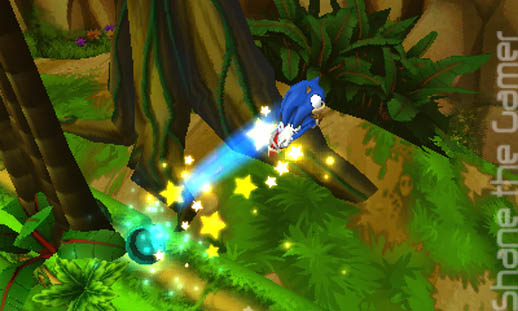 Sonic Boom: Rise of Lyric stars Sonic and his friends Tails, Knuckles, and Amy, in an adventure that begins when they release a powerful snake-like villain named Lyric from an ancient tomb sealed deep in an island.

The group must put aside their differences and work together as a team to save the world from Lyric’s evil plan and his army of war mongering robots! Share the adventure with a friend co-operatively in the story mode, or enjoy with up to four friends in “Team Challenges” mode. 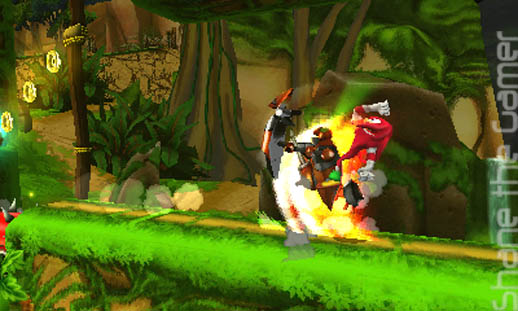 Both Sonic Boom: Shattered Crystal and Sonic Boom: Rise of Lyric will be available from Saturday the 29th of November 2014 at retail or digitally from Nintendo eShop, where a free demo of the Nintendo 3DS version is available.