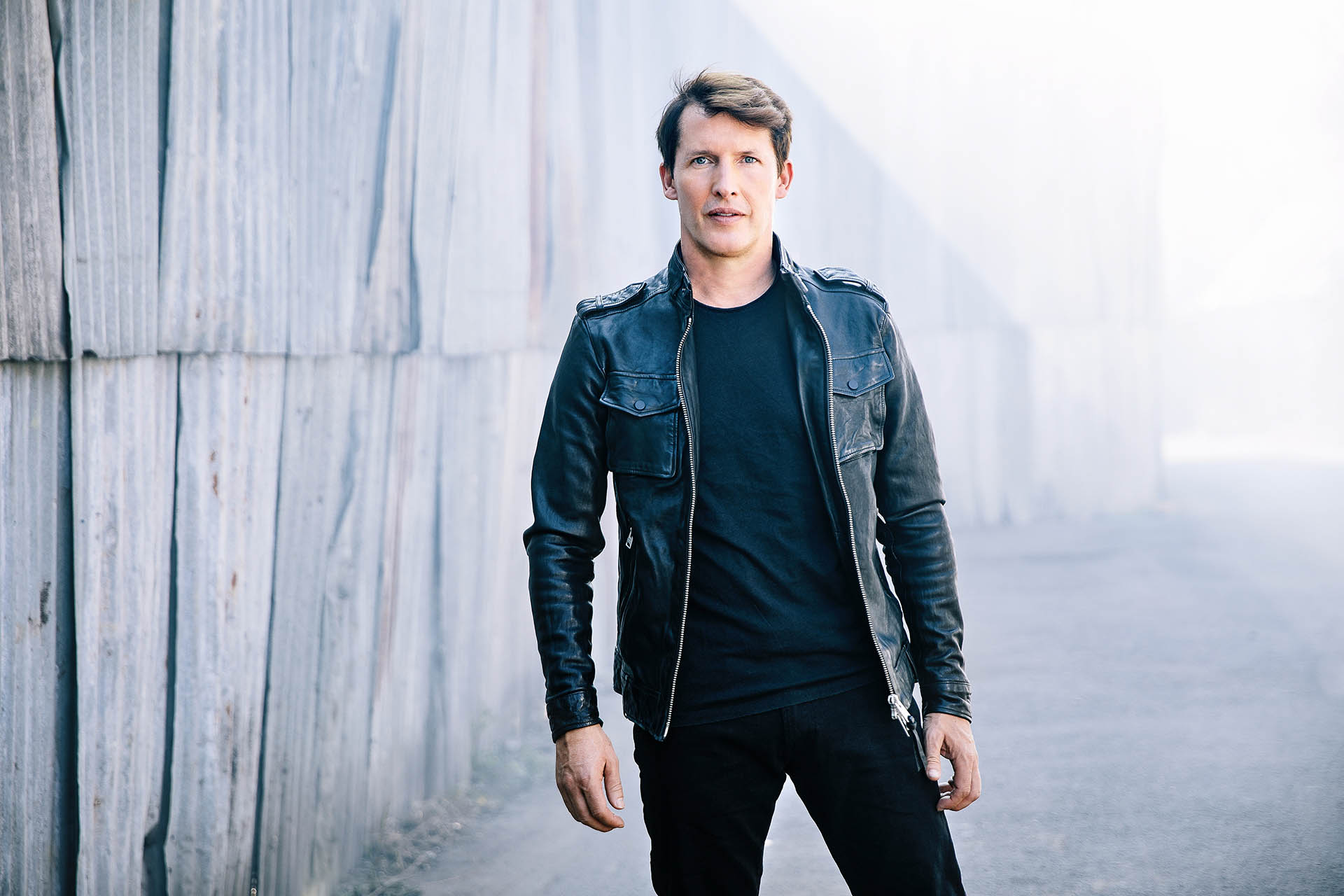 James Blunt today releases the hilarious video for his uplifting new song ‘Unstoppable’ – taken from his forthcoming greatest hits album, ‘The Stars Beneath My Feet (2004-2021)’.

17 years into his prolific career, ‘Unstoppable’ sees James delivering a phenomenal single for the post-Covid era; driven by a chorus that will no doubt find its home in the arenas on his tour next year, it’s set to quickly assert itself as a fan favourite.

“It’s coming, it’s coming!” screams a man as the video opens with James and his one man band. Like a scene from a 50’s B movie horror film, people run for their lives, terrified of his music, with James blissfully unaware of the chaos he’s causing. Indicative of his triumphant career, he soon wins the world over, and the video, directed by illustrious film writer Jamie Thraves, comes to a joyous, celebratory end. “Be afraid…I am UNSTOPPABLE!” says James, and who are we to argue!

James will embark on a nine date UK arena tour for 2022 which will see him celebrate songs spanning a 17-year career that has spawned over 23 million album sales, a global smash hit with ‘You’re Beautiful’, two Brit Awards and two Ivor Novello Awards, as well as receiving five Grammy Award nominations.

Amongst the string of hit singles, ‘The Stars Beneath My Feet (2004-2021)’ will include four new songs (‘Love Under Pressure’, ‘Unstoppable’, ‘Adrenaline’ & ‘I Came For Love’), as well as four exclusive live performances from around the world, including the Glastonbury Festival. It also features stunning tracks from his latest Gold-selling album ‘Once Upon A Mind’, including ‘Cold’, and the heartbreaking ballad for his father, ‘Monster’.

James’ classic 2004 debut album ‘Back To Bedlam’, was recently named as one of the top ten best selling albums of that decade, and with ‘Once Upon A Mind’, James Blunt reinforced his reputation for writing honest, emotional songs that people can easily relate to. The album marked a return to what James Blunt does best – writing classic songs that touch both the heart and the head. Another side of James – his wit and charm – have in recent times been showcased via his always engaging Twitter account.