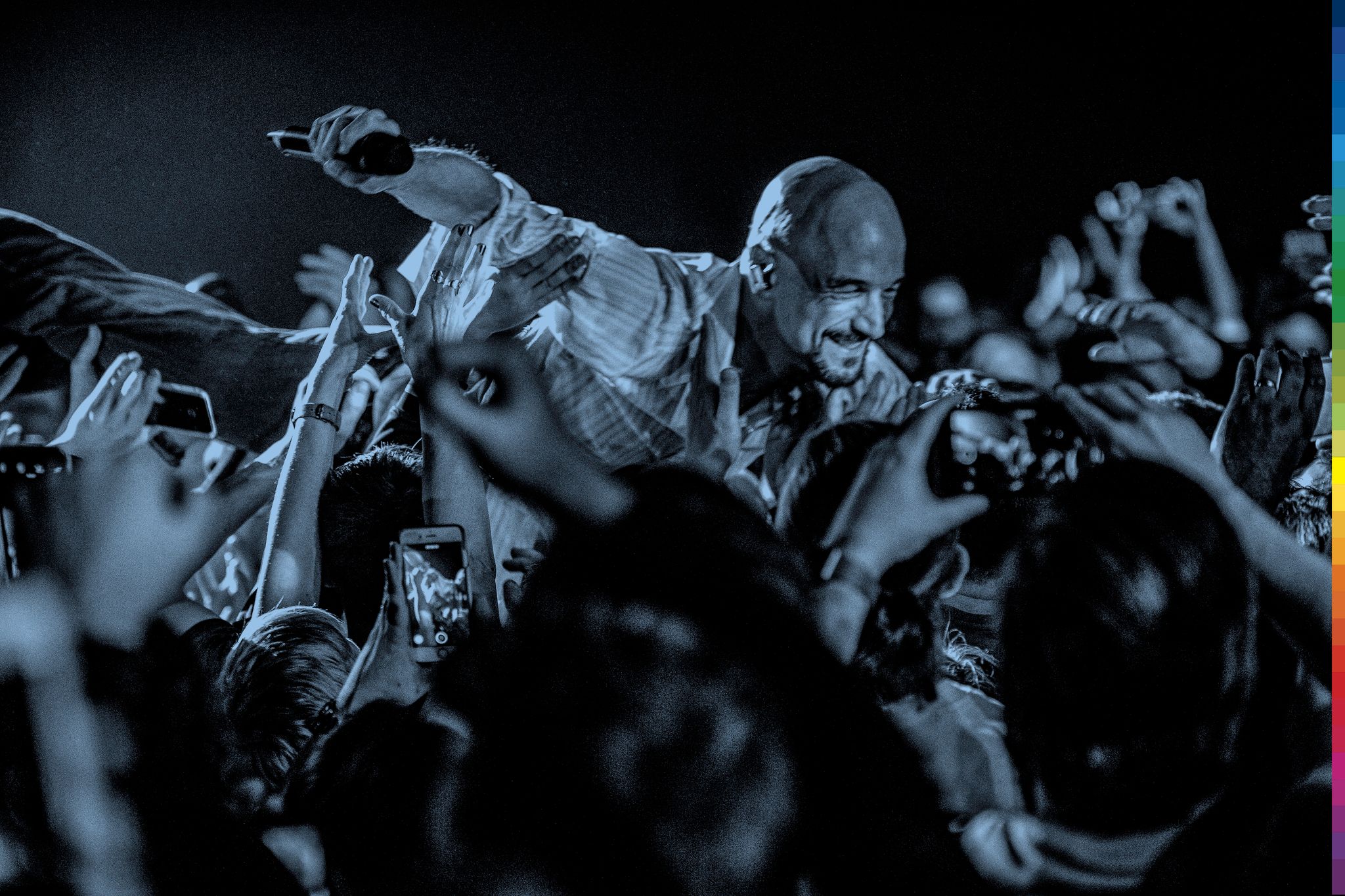 James are proud to announce the release of their new album All The Colours Of You.

The album will be their first on a new record label, Virgin Music Label & Artists Services (formerly known as Caroline International), and at their new publishing home Kobalt Music, both of which they recently signed to, reinforcing the endless and restless ambition they have as they approach their fourth decade as a band.

Recorded in part before the Covid pandemic struck, the album was produced by the Grammy award-winning Jacknife Lee (U2, REM, Taylor Swift, Snow Patrol, The Killers). On production duties with James for the first time, he bought a fresh approach to their sound, working remotely from his studio liaising with Tim (his Topanga Canyon neighbour) liaising with Jim in a daisy chain, reimagining their demos, and capturing the band in all their virtual glory.

The result is a record with the most arena ready and fresh tracks of their 38-year career, the sound of one of Britain’s best bands, deconstructed and reassembled by one of the world’s most renowned producers.

Tim Booth says “With all the shit that went down in 2020 this was a miraculous conception and another big jump forward for us on the back of the last 3 albums. I hope  It reflects the colours of these crazy times. Sweet 16 is a proper album, no fillers and is up there with our best. With love. Tim.” 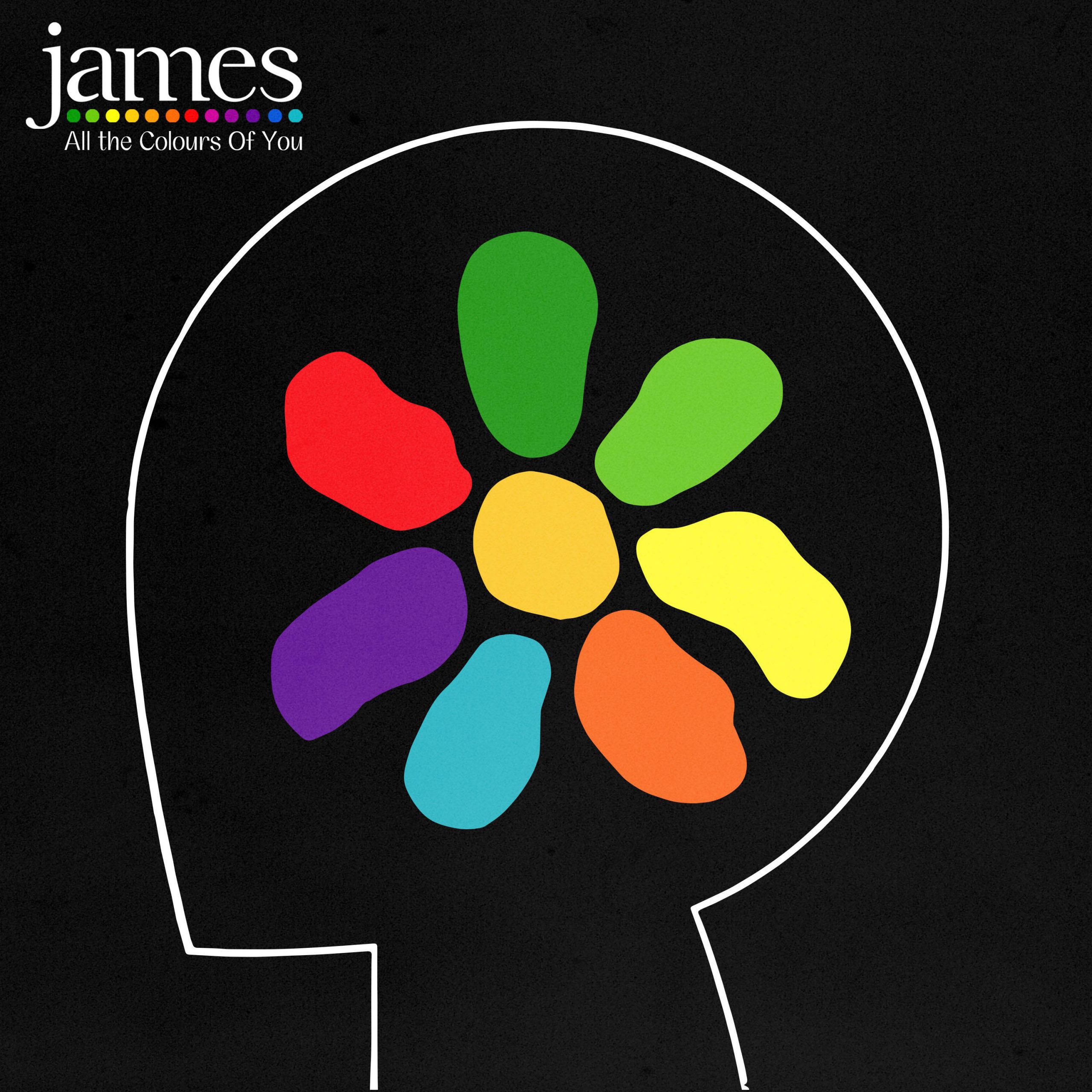 Jim Glennie says “I’m pleased, proud and surprised by this record in equal amounts. Jacknife has pushed us and the songs somewhere new and it’s very exciting. After all these years, we are still challenging ourselves and our fans. Enjoy”.

From the first line on album opener ZERO, ‘We’re all gonna die’, Tim addresses many difficult subjects throughout the 11 tracks, with themes ranging from politics and climate change, to dealing with the loss of a loved one during the pandemic.

Miss America examines the country’s tarnished image through the eyes of a beauty pageant ‘Miss America’s wearing thin, she’s all tiaras and glamour’ while Beautiful Beaches focus is on the fires that ravished California after a vision Tim had of an earthquake and fires, which caused his family torace for refuge on beautiful beaches ‘That life we left behind, we’re racing down to those beautiful beaches’.

Lead track All The Colours Of You tackles the Trump years head on. Based in the US for many years, Tim witnessed first-hand the divisiveness and hatred stoked by the former President. Highlighting the sharp rise of white supremacy during his reign, the track ultimately offers a glimmer of hope, a new and brighter future with the refrain ‘Love all the colours, all the colours of you’.

Recover is perhaps the most poignant track on the record, dealing with the death of Tim’s father-in-law from Covid-19 in the UK. A hopeful track, with a delicate production, it’s an uplifting and joyful song about honouring a loved one’s legacy and spirit, a celebration of life not the sadness of death ‘We will remember how to pass your spirit on’.

Since their breakthrough single in 1991, Sit Down, James have released 15 studio albums, selling over 25 million copies in the process, and performed countless headline shows and festivals across the world. They continue to be a huge live draw, having sold 60,000 tickets for a UK arena tour scheduled for this November and December, a tour which has sold faster than any previous James tour.

James are British music’s enduring gem.  ‘“The truth is we felt we were built to last” – Tim Booth.