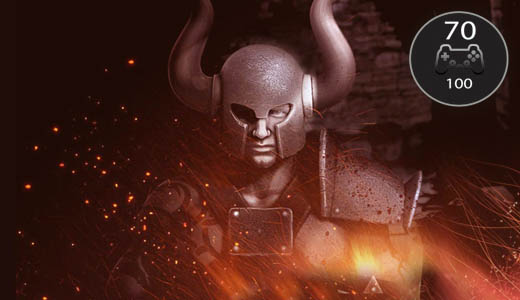 I can’t say in my younger days I had any association with the Warhammer games but nevertheless I gave one of their latest videogame entries a go. Rodeo Games and Twistplay bring us a top-down turn based tactics game Warhammer Quest.

Warhammer Quest can be adequately described as a dungeon crawler with a slight Dungeons & Dragons flavour.

You have a map on hand with many towns to visit and random dungeon crawling options. Some side quests can be completed to gain snazzy equipment and bonus gold. Each town has a set of quests to complete.

As you progress across the map, quests become harder and generally require a higher level to attempt if want a chance of success. 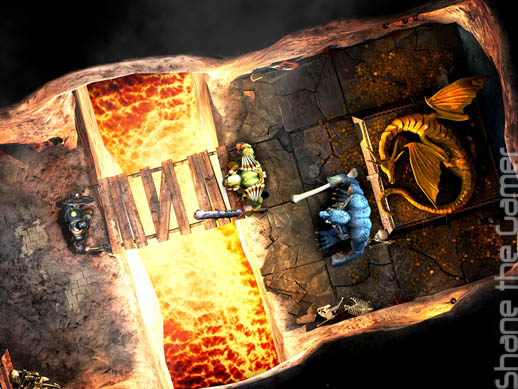 Story and quest occurrences are written out in a dungeon master fashion and are displayed in a text box on screen. Initially I was keen to read through and immerse myself with these as they are well written but as most text only games go, it does all become far too tedious after some time.

It didn’t help that all dungeon crawls are relatively similar regardless of the reason you go in.

Be it finding treasure or rescuing someone, it all feels the same. So reading which it was is really of no consequence. The only exception is when inconsequential adventure choices appear, here reading is more so encouraged. 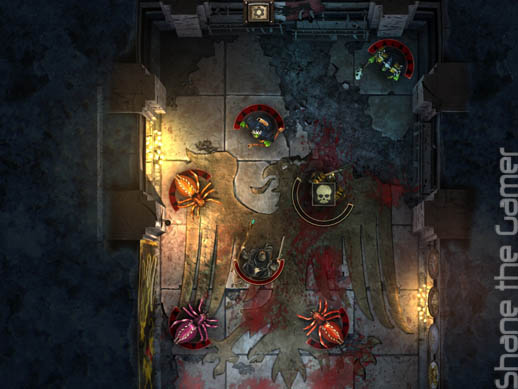 To add insult to injury, Warhammer Quest seems to be lacking in an overarching story which further diminishes the need to read.

You proceed your dungeon crawling adventure with a party of four. You can select any combination of four adventures from a reasonable selection of character classes and types.

This helps to maximise the tactical advantage for your play style. I for instance chose to have two archers in my party and used them to sit behind my wizard and dwarf characters, and for me, I felt it worked quite well. 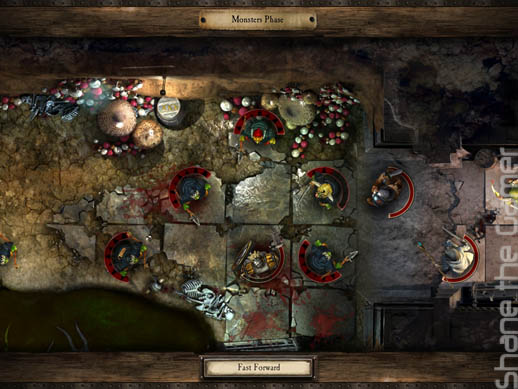 Characters level up with experience and decent contribution of gold to the training grounds but the overall process is a bit slower than I’m used to. I didn’t see this as a bad thing as, once leveled up, it gave a greater sense of accomplishment and made gaining a new ability all the more exciting as it didn’t happen too often.

Equipment is also a big part of creating a good team of characters.

Some are naturally low on health, equipping my frontline wizard with a ring that increases health was almost necessity for my strategy. Most equipment can be purchased through stores but sometimes rare equipment can be found while out adventuring. 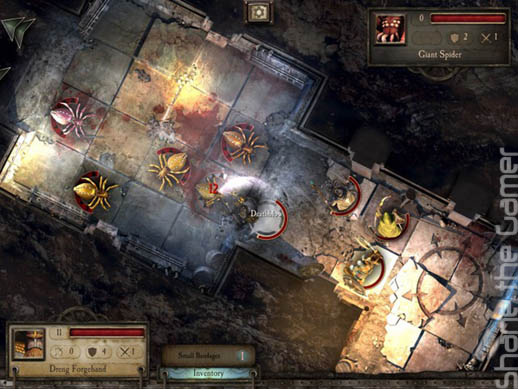 One issue is Gold. You dungeon crawl here, there and everywhere but between purchasing goods and leveling up four characters you always come up rather short.

It is frustrating saving up to get a decent piece of equipment for a character and then two other characters level up in the process and then there goes all your hard earned Gold.

There is a micro transaction option but I’m not going to stoop to that level. I feel you shouldn’t have to resort to such things after already purchasing the game. I also don’t think leveling up should be such a pricy affair. If that was ditched I feel the game would be better balanced. 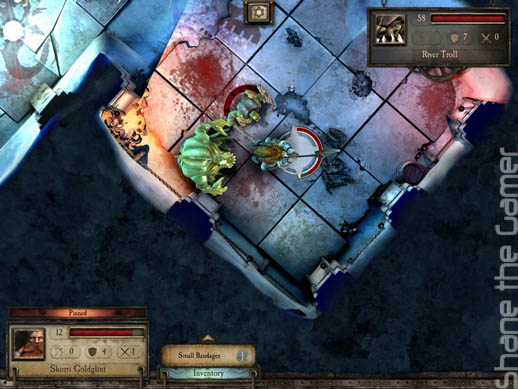 The combat mechanics are easy to understand and I effortlessly picked up the game with little to no prior experience in this particular genre.

The tutorial is simple enough and offers a decent understanding of gameplay. Each character has a certain amount of spaces and attack moves they can make per turn and each needs to be thought out appropriately to the enemies on hand.

Once acquainted I greatly enjoyed taking on enemies and having to learn new techniques and strategies as different adversaries come into play. 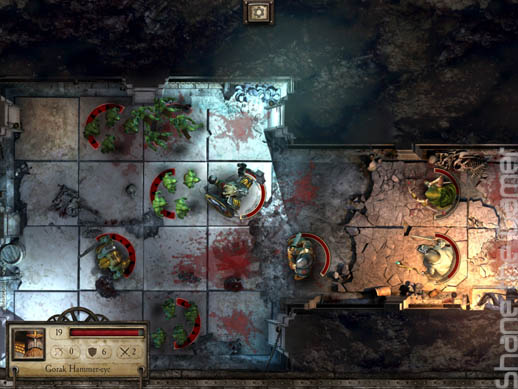 For short stints the game is fun and reasonably engaging but going for too long nags at you for getting too repetitive. The dungeons themselves are pretty enough and well lit on exploration but once again after a while you notice the repetitive feel and can’t justify doing the next dungeon.

For a Warhammer fan or turn based tactics newcomer, Warhammer Quest is decent game and offers some enjoyable gameplay opportunities. 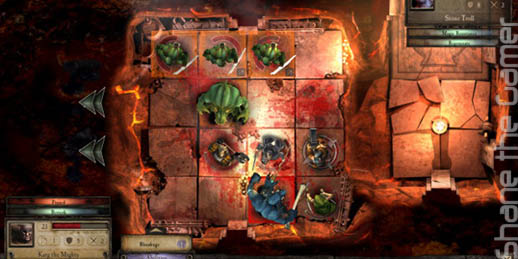 Unfortunately it does get repetitive and lack in overall direction, both of which are off-putting. I did enjoy the D&D feel to it where as you can adventure where you like and each town is new opportunities and a random event might occur on your adventuring that can detrimental or beneficial.

I can see this game won’t be for everyone but can still easily eat your time if you let it.