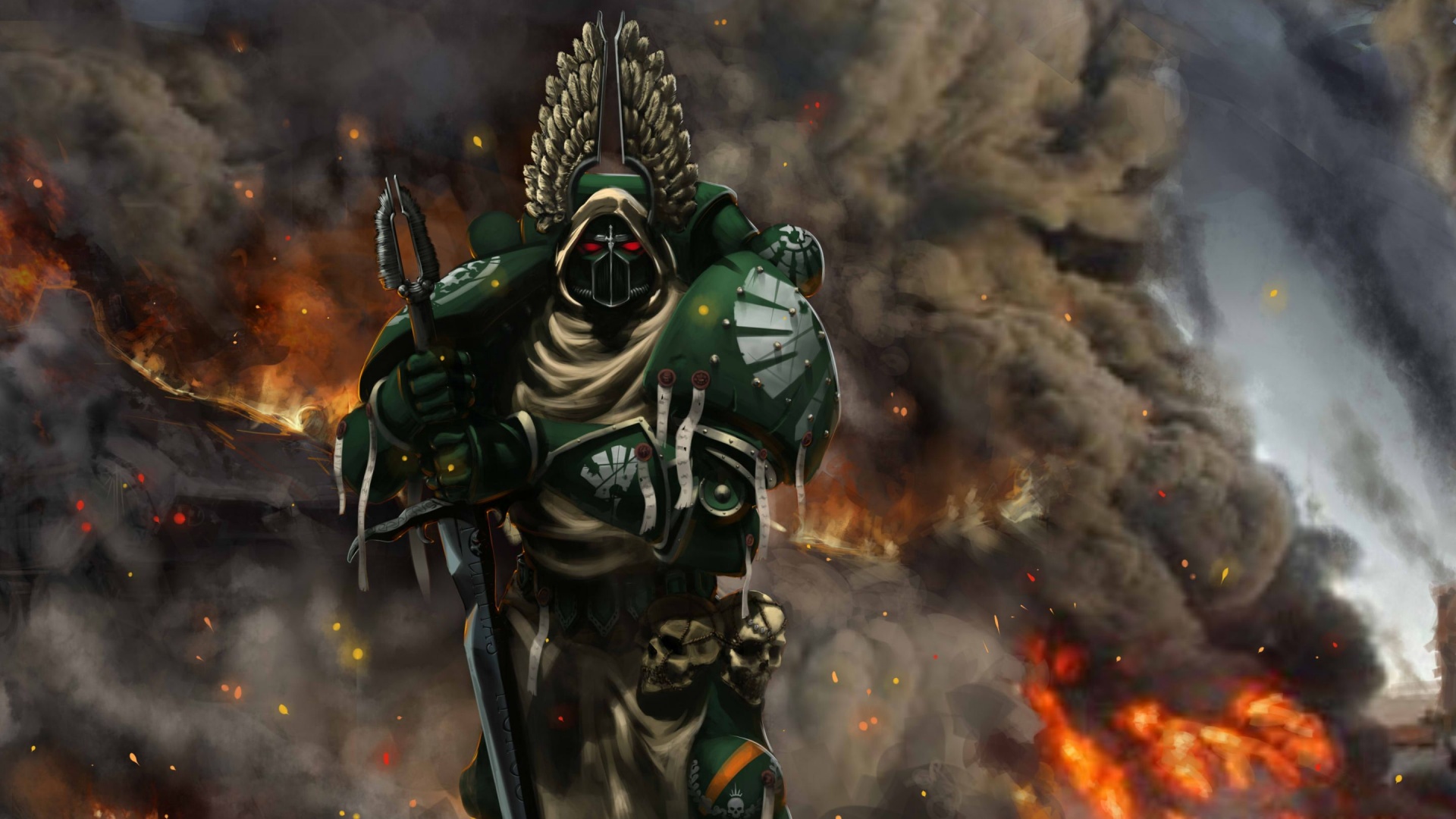 Warhammer is back yet again, this time in the form of an online team based multiplayer third-person shooter. With promises of massive scaled territorial battles in its rich lore filled universe, Warhammer 40,000: Eternal Crusade certainly had the making of what could be a true hit. Unfortunately it falls short across the board, feeling like a very early alpha rather than a game ready for full release.

I should note I come into this not as a Warhammer fan but rather a fan of online multiplayer games. As such,be focusing on whether the game is fun rather than whether it is a good game for Warhammer fans. Spoiler Alert – It is not.

I had impressions coming into the game that this would be some sort of epic Planetside 2-esque massive online multiplayer game set in a Warhammer universe. How wrong I was. Instead the game focuses in capture point styled matches featuring team sizes between 30-60 players, something more in line with traditional online shooters. 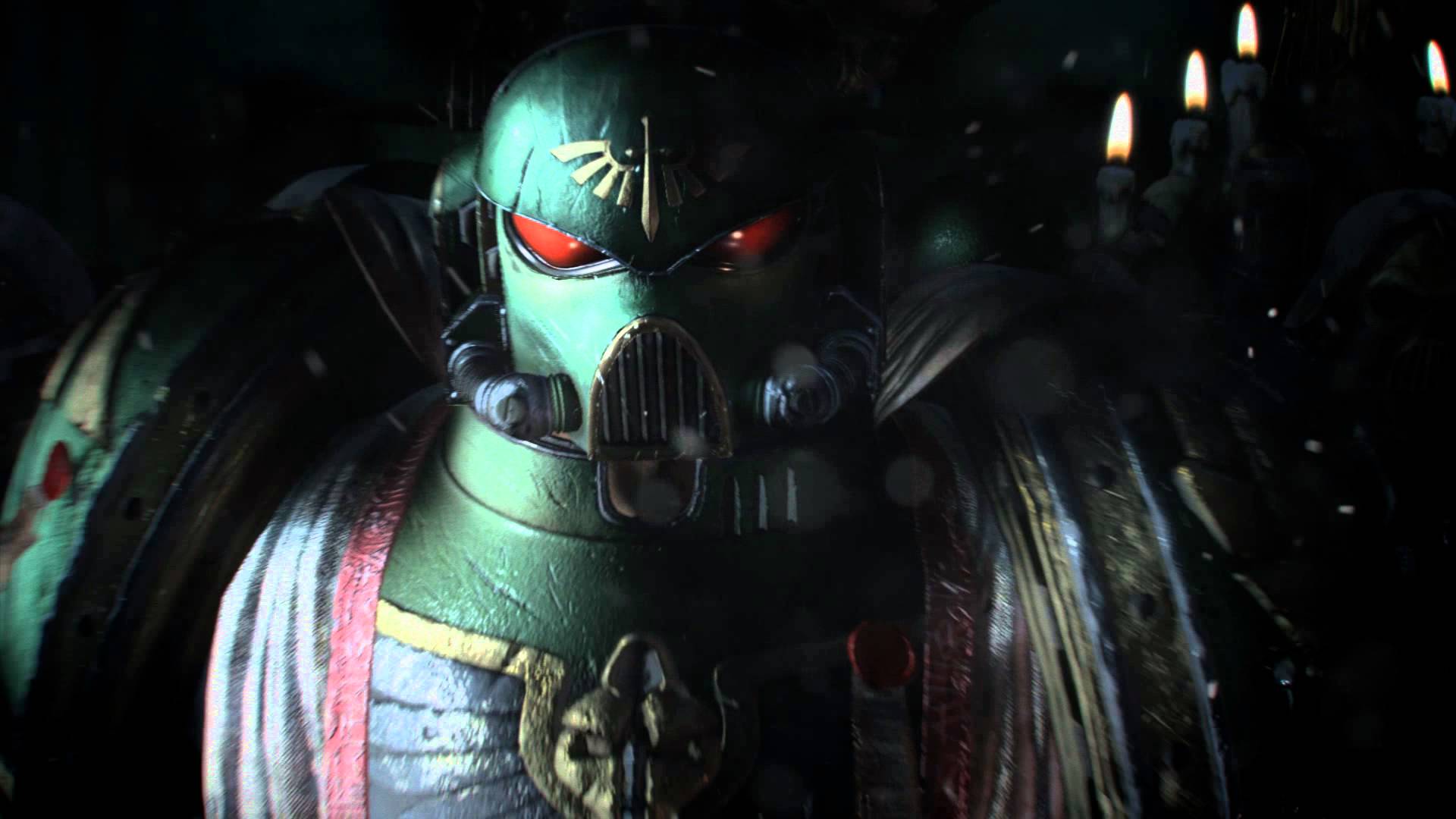 The game features four different factions to play as – Space Marine, Chaos Space Marines, Eldar and Orks. Each faction has a variety of different classes to choose from, using a mixture of melee and guns.

The impressive variety of classes, weapons and the distinction between the factions is one of the few areas I can truly complement the game on. It does however lead to Eternal Crusade’s biggest downfall, imbalance. Everything is lacking in the fine tuning. There isn’t any sense of balance between the weapons.For this type of game it really would have been better to lower the variety of character types and instead focus on making a few well balanced and fun to use classes. With so many types, it also makes it harder to deploy any sort of strategy.

Each class in the game has a unique selection of weapons, some focusing on guns, some melee and others a bit of both.While I naturally gravitated towards using guns, I didn’t develop a liking to any of them. I always had some reason not like them, mostly they were either too inaccurate or didn’t pack enough punch.

Melee wasn’t without its problems either. Each melee attack was linked to a lunge forward movement. This made it at times incredibly difficult to control. Also, when you are in the thick of it all, your life can be over very quickly. This could get annoying in attacking situations where you can find yourself spending a long time traversing across vast distances to get to the fighting only to jump into 50/50 battle of chance that can be over in a matter of second.

Despite being horrible at it, I found melee combat focused units to just feel incredibly more powerful than their gun focused counterparts. Once they get within short range, they can bring down other units in just a few strikes, leaving their opponents no opportunity to get away or fight back. This is made worse by the atrocious map design. Despite being massive, the maps are designed in such a way that battles are funneled in and around buildings i.e. the capture points. Due to the short corridors and numerous obstacles, melee units tend to be at an advantage. 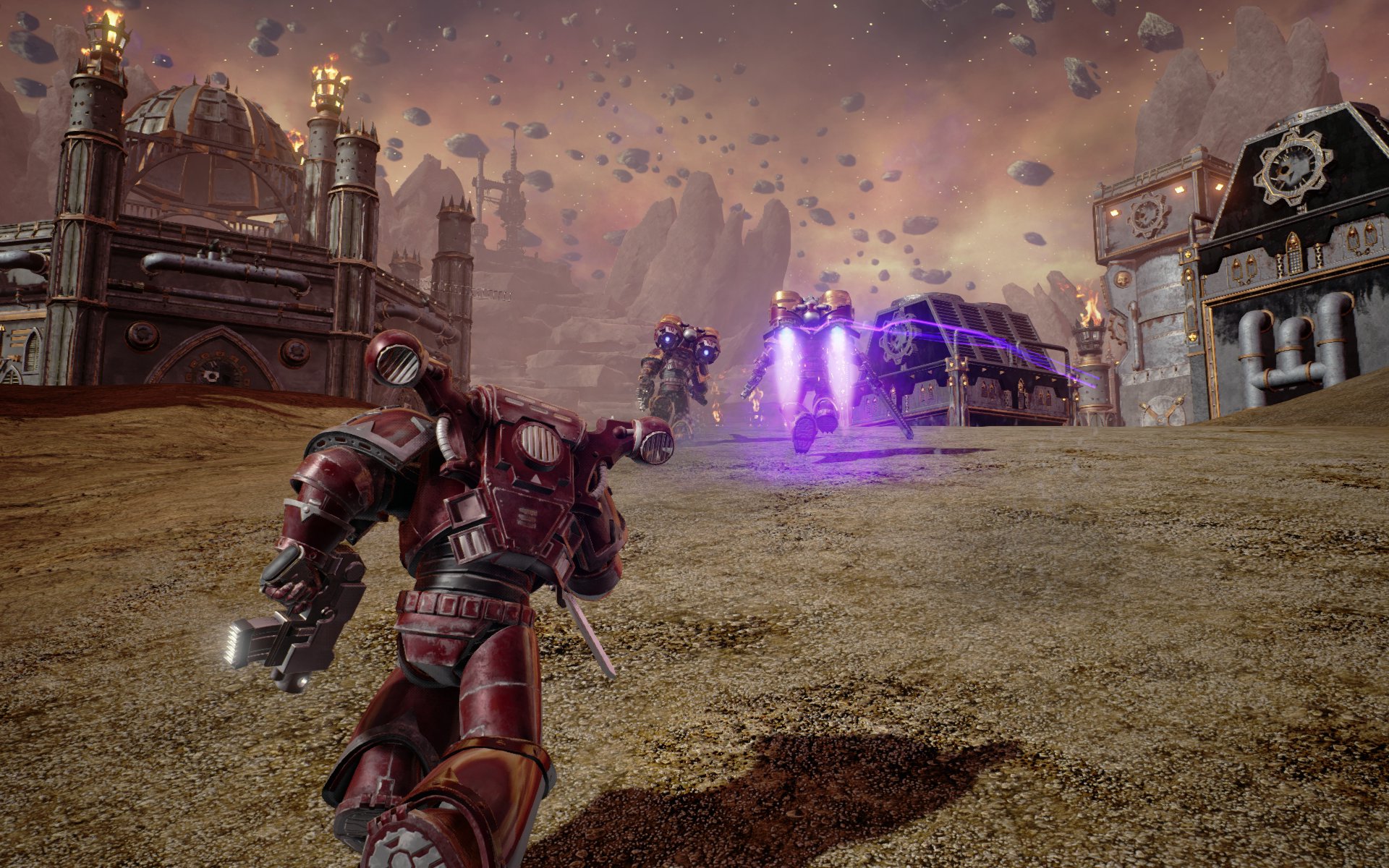 For a third-person online shooter, the gameplay is very complicated. With so many factions, classes, weapons and mechanics it is initially overwhelming. Even once you get used to everything, it still feels like an absolute mess.

Something the game sorely lacks is a decent tutorial to guide you through everything and give you a bit of a test run. There is a lacklustre training area for each faction to try and teach you everything however it is very text based and hands off which makes it both difficult to learn and very dull. It also makes it feel detached from the actual gameplay and doesn’t prepare you for what is to come.

The core aspect of the game focuses around teamwork. There is no room for individual brilliance in the game, something which I painfully had to learn. You will sink or swim based on the cohesiveness of your team. 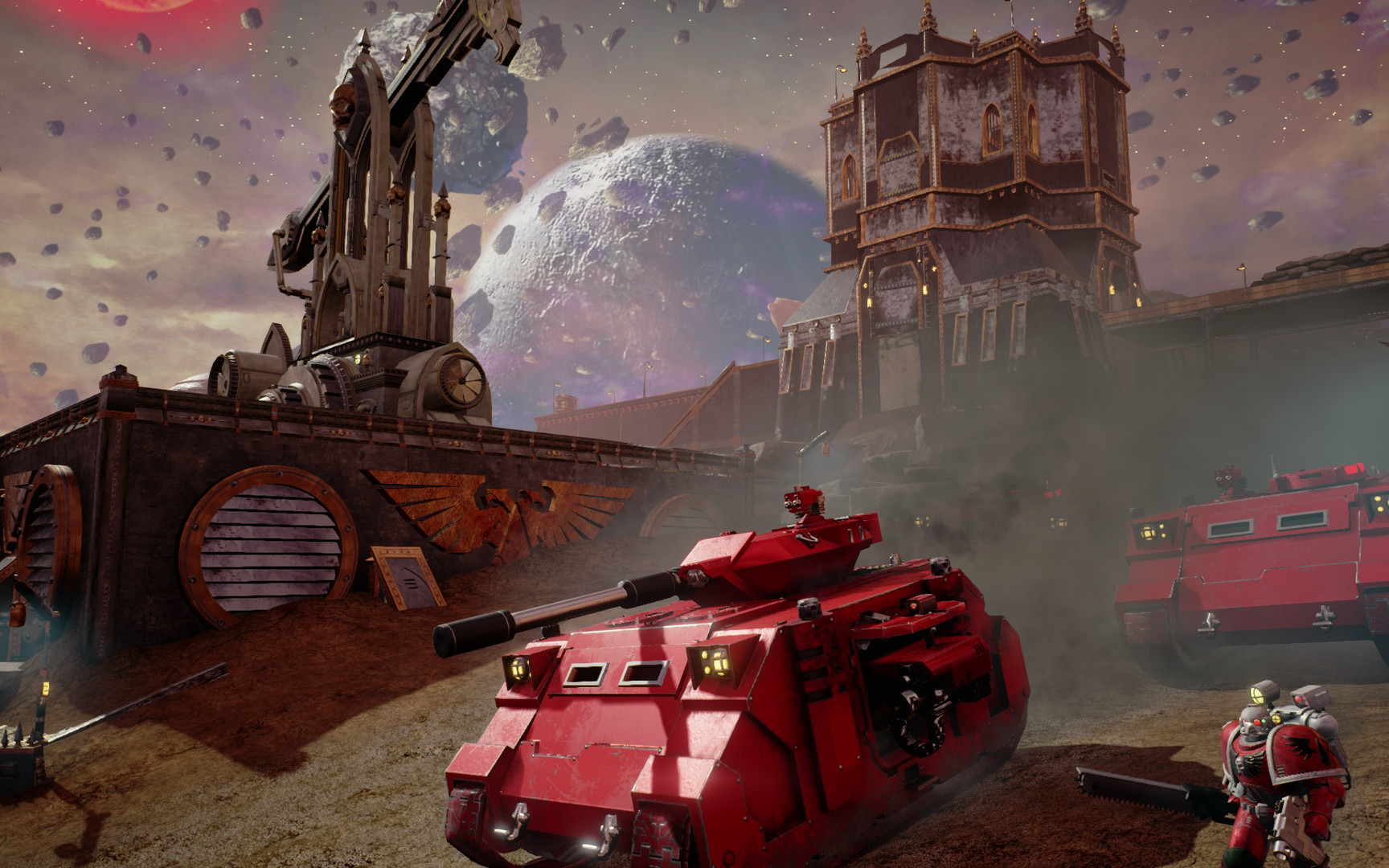 Rather than relying on instantly identifiable colours to distinguish the teams, you instead use the visual distinction in character models as well as a small red triangle above their head. This can make it difficult to quickly ascertain who is friend and who is foe, especially if the opposing faction has a similar body build and there are dozens of players running around.

To make matters worse, friendly fire is turned on. As two of the teams look identical, I ran into trouble with killing and being killed by my own team. This was particularly a problem in chaotic fights where players are involved in melee combat and you just can’t distinguish who is who.

Despite capture points generally being my go to mode in online games, not having much of a choice feels restrictive. It also makes the game get very repetitive quite quickly. There is a half-baked co-op dungeon crawling mode as well which I haven’t focused on too much. This is because it feels like an after-thought mode slotted quietly in. Despite the experience being shallow and repetitive, I actually took a bit of a liking to this mode which boils down to it being a co-op mode rather than a competitive. 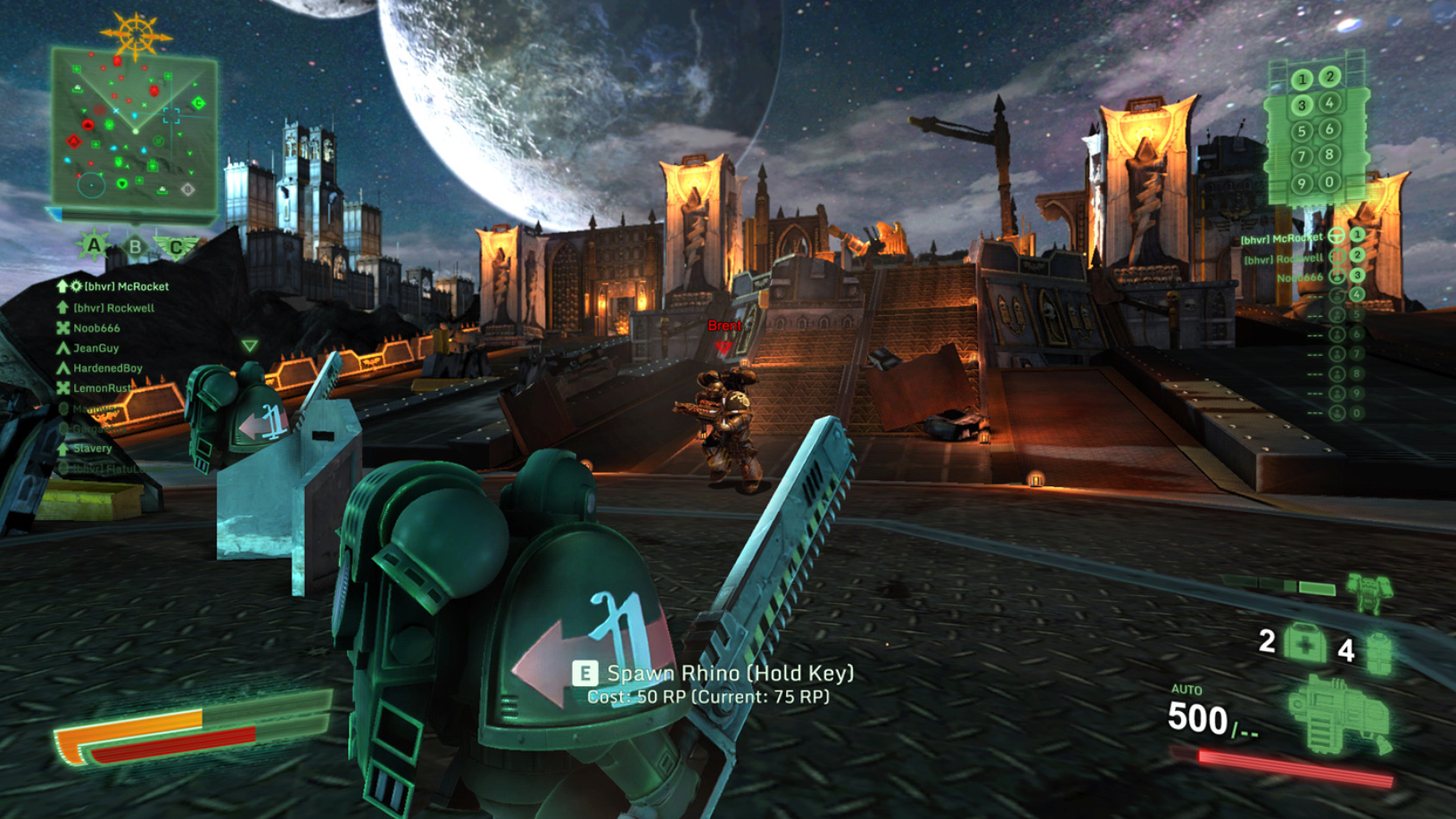 The problems with Warhammer 40,000: Eternal Crusade would be easier to overlook if was a free-to-play game that it feels like it should be. It isn’t though. Along with the in-game micro transactions, the game requires a whopping $50 USD initial purchase that just seems impossible to justify. While such a fee may be justifiable in some online multiplayer games, due to the lack of content and overall poor gameplay, such a price is indefensible.

There is so much potential in a massive scaled online team based shooter set in the Warhammer universe. Warhammer 40,000: Eternal Crusade doesn’t live up to that potential. The lack of variety in game modes coupled with poor gameplay just makes the game unworthy of your attention.