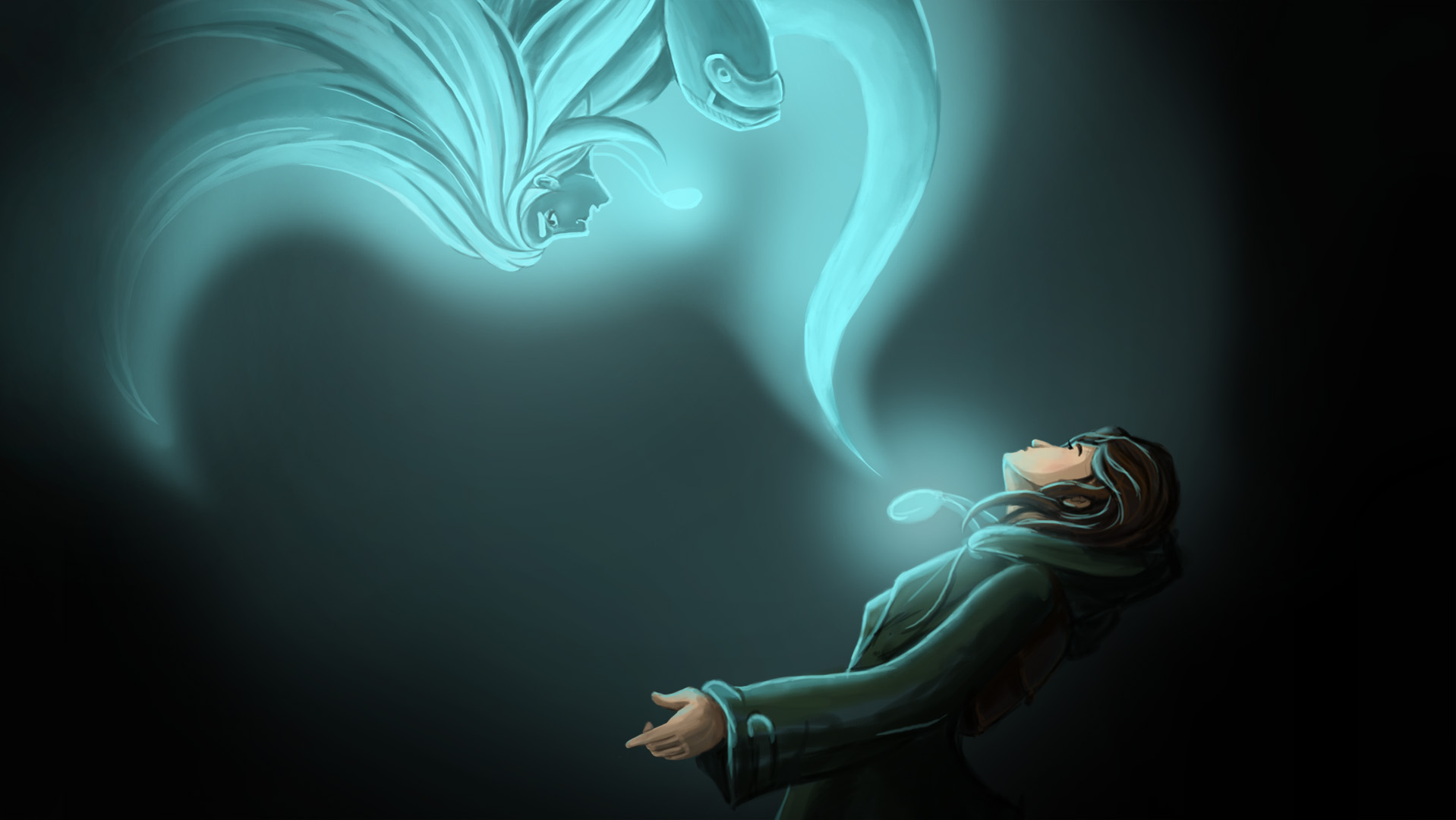 Whispering Willows has been available on PC since mid-last year and has now been released on the PlayStation 4. It is very short indie game by Night Light Interactive that focuses on both horror and supernatural themes. This 2D side scroller adventure game also tries to include puzzle aspects, with very little success. The game revolves around a haunted mansion, which is the entire setting for the game. 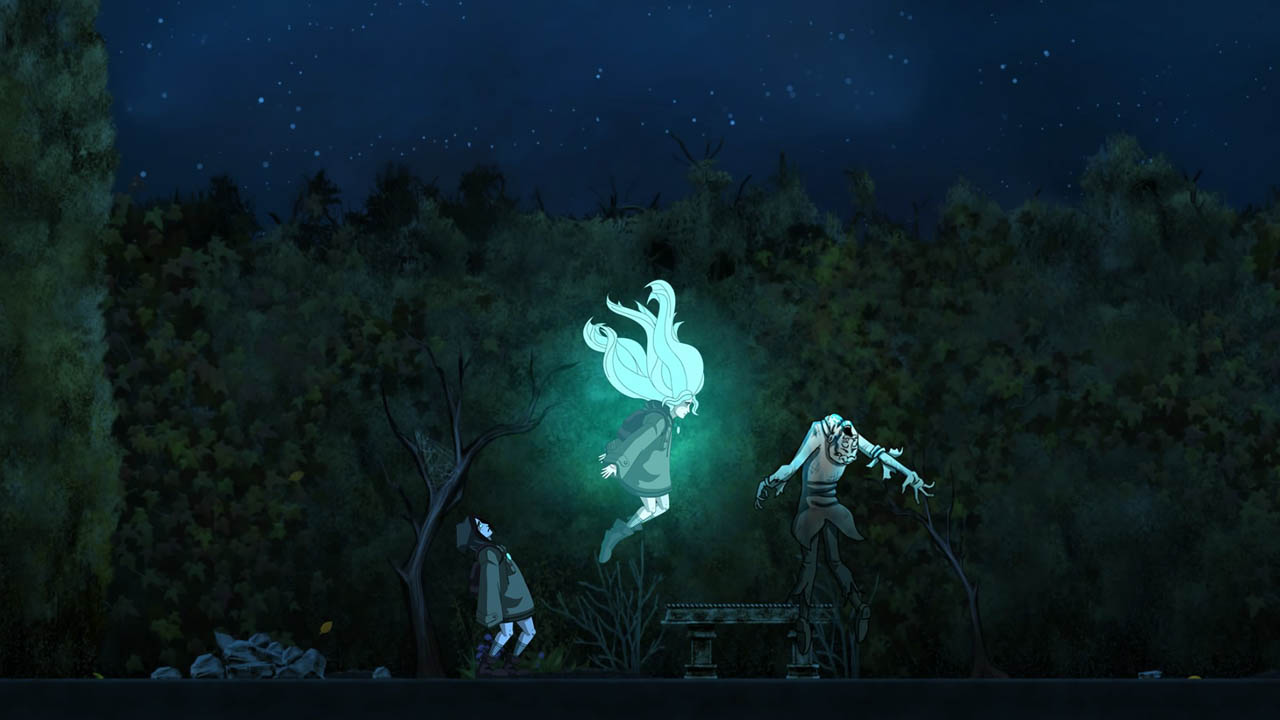 You are a young girl, Elena, whose father is the caretaker for a mostly abandoned property.

She has a feeling that he might be in trouble and so running off into the night, you explore the haunted and desolate mansion in order find him. Thanks to a particular heirloom, Elena has the ability leave her physical form and explore the world in spirit form. This also gives Elena the ability to speak with ghosts.

Doing so has you slowly uncover the real history of the mansion and its original owners. 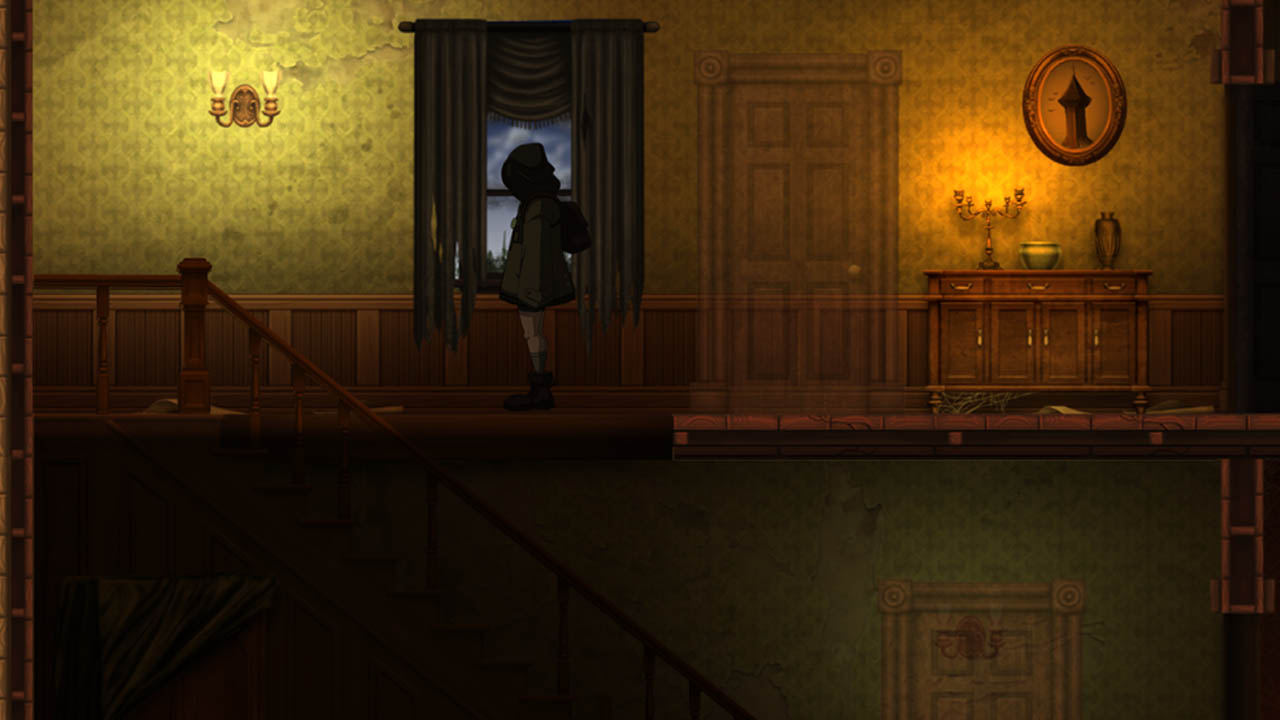 The story was initially interesting and I even found myself reading all the extra notes laying around the place that shed light on the mansion’s dark history. There were some iffy parts in both the story and Elena I found a bit odd.

I couldn’t understand why she would stop looking for her possibly endangered dad to find the corpse of an ancestral ghost. I feel the latter is less pressing business. As interesting as some of the reading and history was the ending was kind of plain. I felt like there was supposed to be more, a bit like at Christmas time opening up that pretty wrapped parcel to find a knitted jumper. I wasn’t happy but I wasn’t too disappointed either … I was just like ‘oh’. 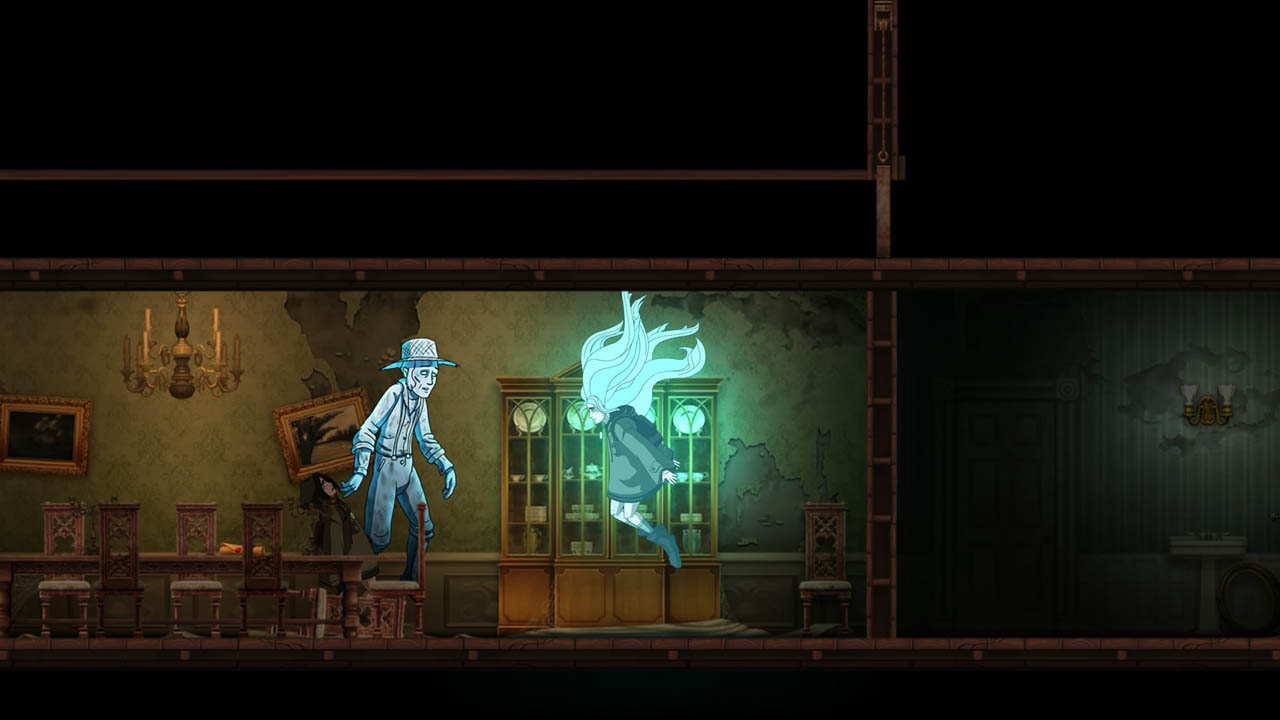 The art style was great and did capture the mood and setting of a creepy run down spooky mansion. This made exploring the various areas quite enjoyable. There are gardens, catacombs and other buildings around the mansion to discover giving a bit of variety to the setting.

The music complimented the scenery quite well giving an overall ominous feel. 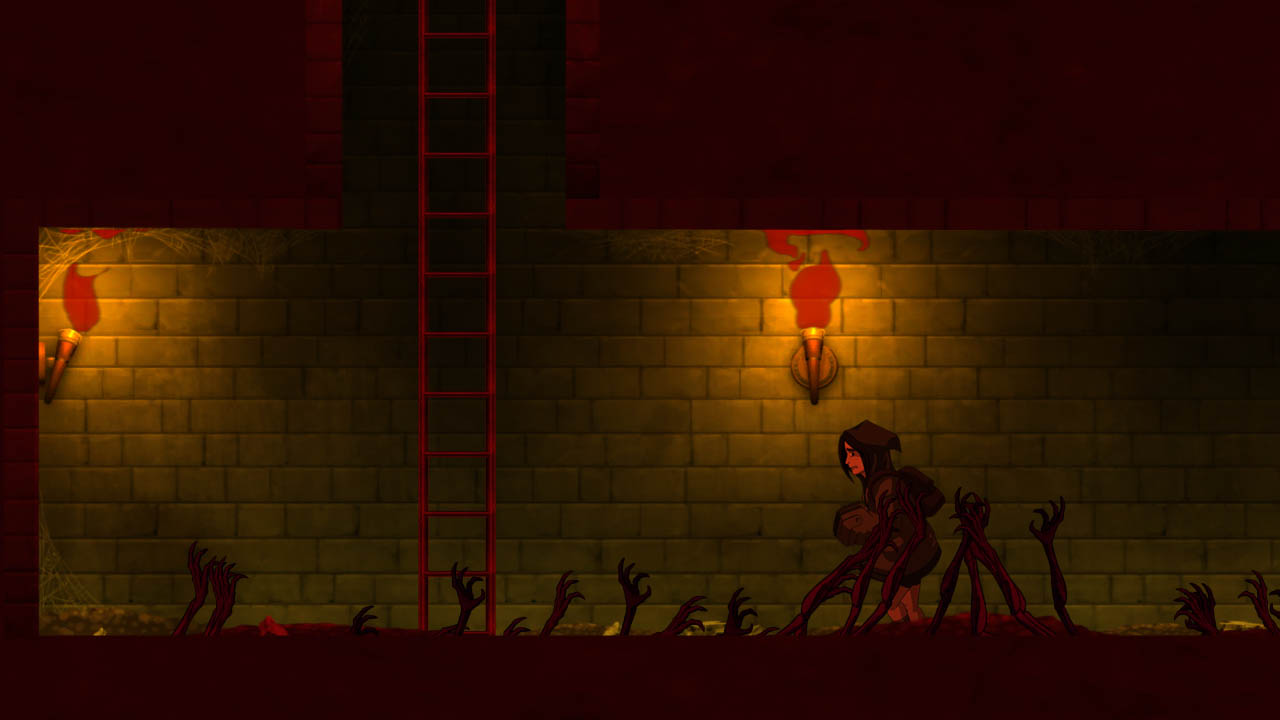 While it is mainly an adventure game, the puzzles were a bit of letdown. I feel calling them puzzles might be an over statement. It was get this and put it there.

Complete this bit of story to get this item to use there. Not exactly brain training.

Elena’s ability to go into spirit form was a central mechanic allowing discovery and unlocking of numerous things that Elena herself could not do, but here too it was not really challenging.

In some areas you could die but it didn’t really do anything. You would go back a wee ways and that’s about it. It felt too safe for a horror themed game. You either have scary things that can kill you and have it mean something or you don’t. It kind of ruins the effect otherwise. 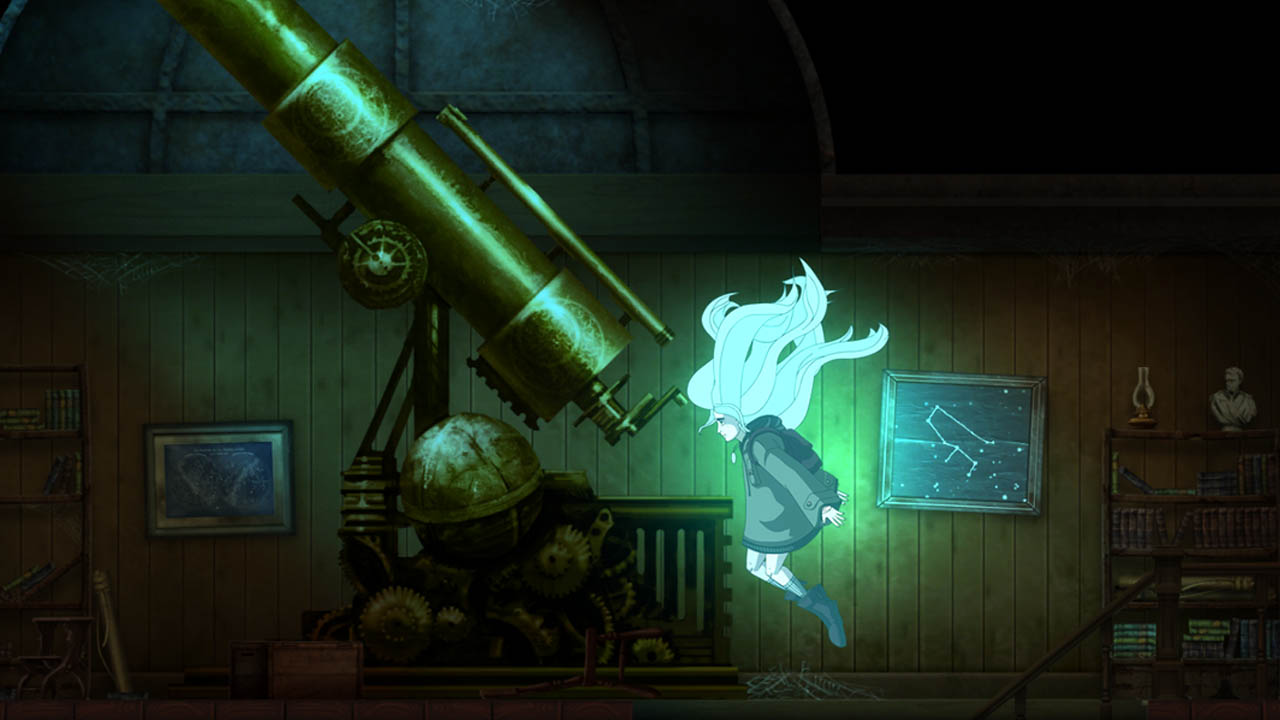 The only section I felt truly penalised for dying in was near the end where creepy ant looking ghosts, which were only visible for a brief periods of time, patrolled a corridor. Even here it felt more annoying than a fair punishment.

I like the idea and feel of the game I just think some aspects could have been better implemented.

I enjoyed the art style and many of the little bits of information provided but it all just led up to an ultimately poor experience. I do hope Night Light Interactive build on what they have done right because what they did do right was amazing. I hope to see more from them with even more things to compliment them on.3