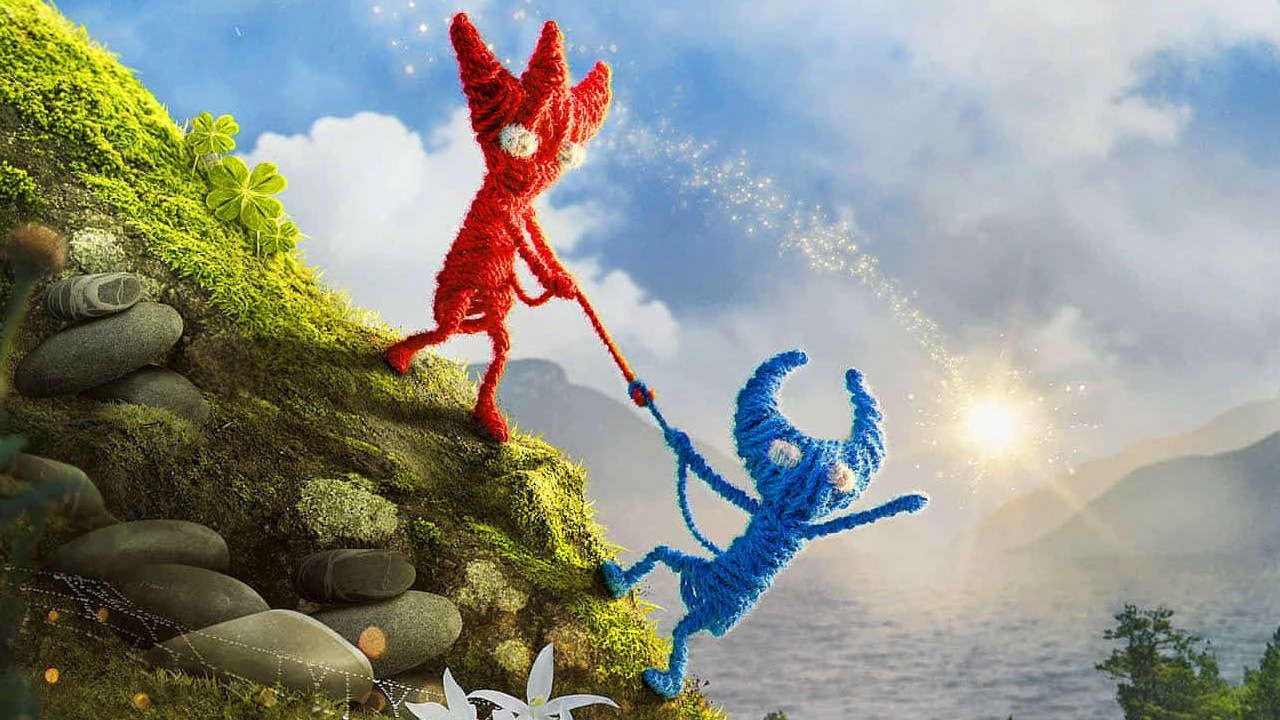 In 2016 the world was introduced to Yarny in the first Unravel game. The cute protagonist made of yarn warmed many hearts in his 2D side scrolling platformer but underwhelmed many with its puzzles.

So, fans such as myself couldn’t have been more delighted to have a stealth launch of a sequel, and do you know what? It’s a lot better.

Unravel Two immediately greets you with its biggest change, you now control two Yarnys. Each with a different colour – which is interchangeable – they are tethered by a piece of yarn. This means they can’t travel too far form each other which sounds restrictive, but instead it’s delightful thanks to the way puzzles are built around it. 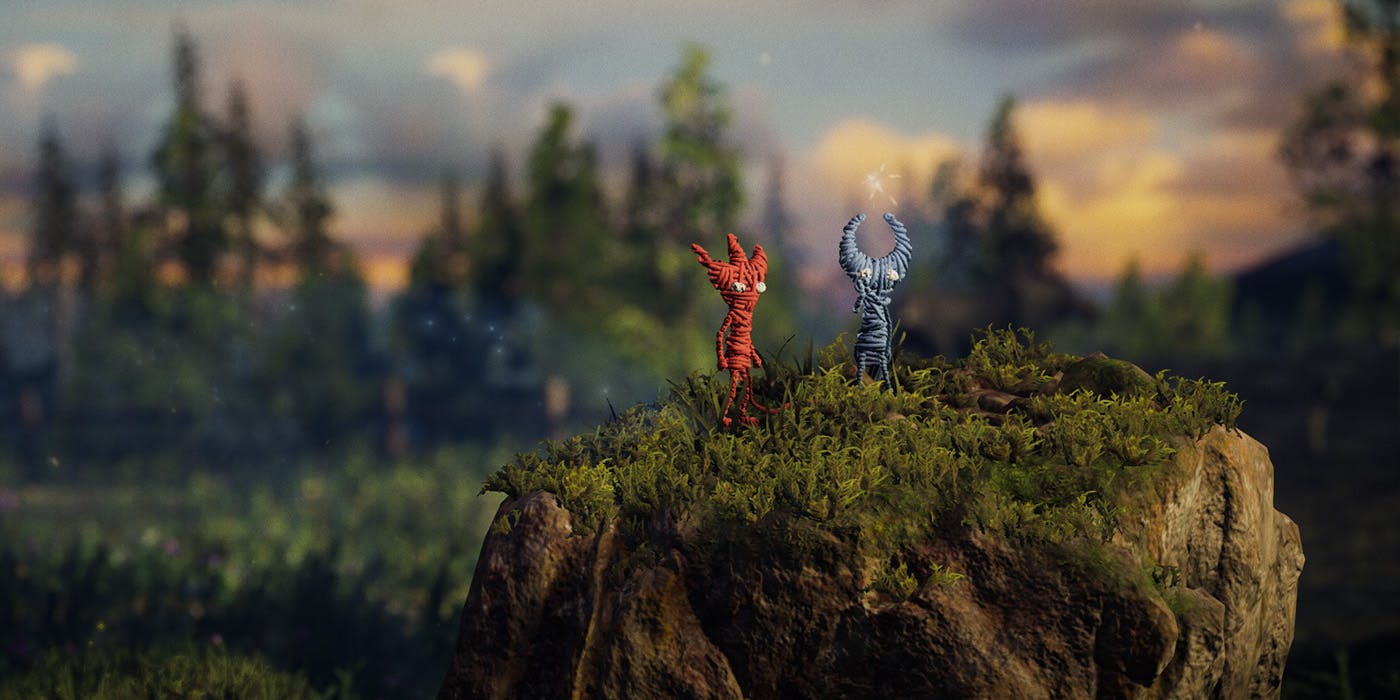 For instance, Yarny #1 pushes a box up a slope, holding it there while Yarny #2 uses it to jump up on a platform. Then Yarny #1 can be pulled up with the tether to have them both overcome this obstacle. Puzzles get significantly more complicated, and require some clever use of the Yarn, but they never got frustratingly difficult, instead sits in that sweet spot of challenging, yet within reach.

The story itself is interesting. The Yarnys are moving from left to right, and beating puzzles in the foreground, but in the background a different story unfolds. Wispy figures show a couple of children breaking out of what is presumably an orphanage and getting themselves in and out of trouble. It’s interesting enough to hold your curiosity, but never slaps the story in your face. 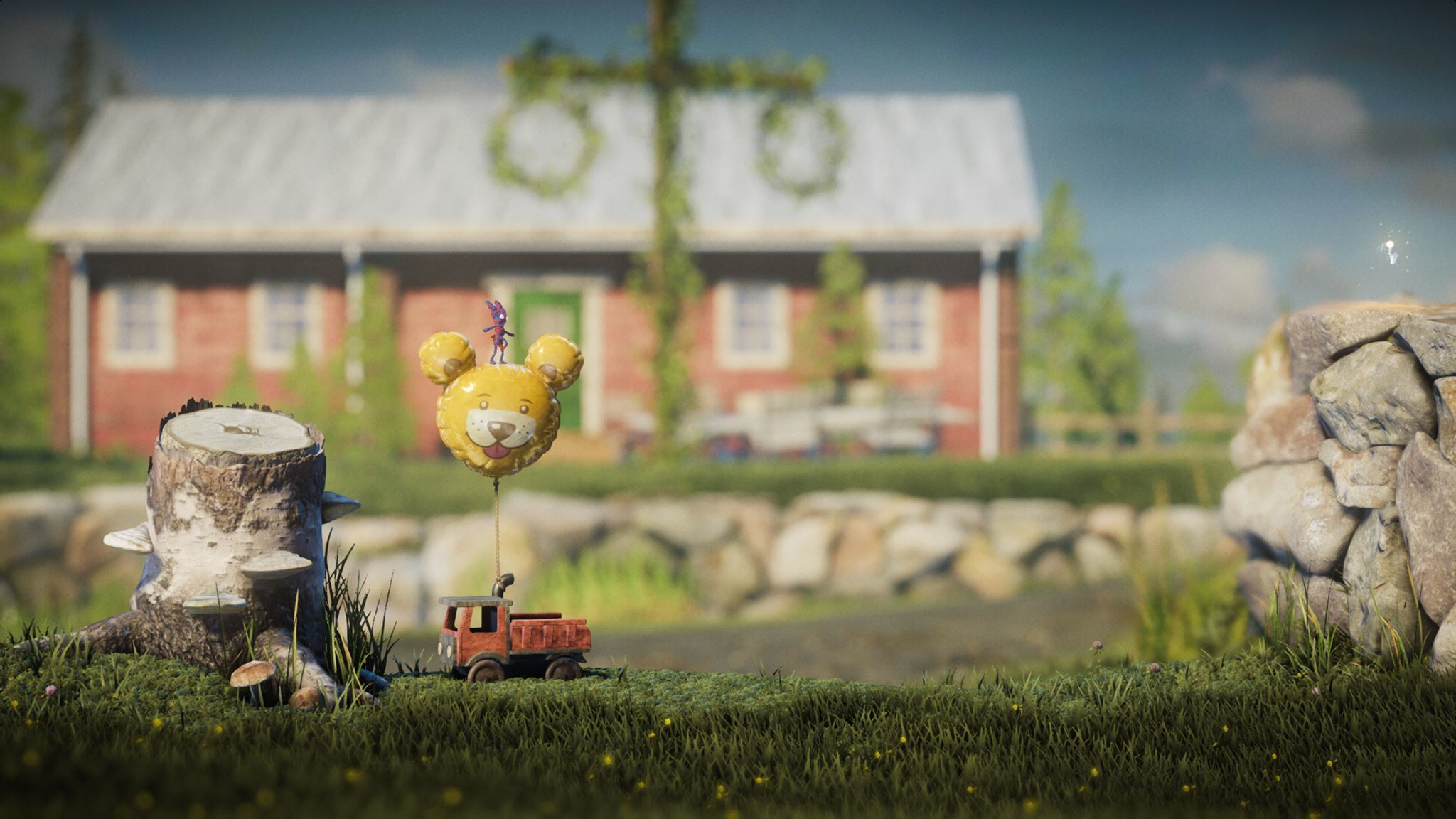 The game’s biggest winner, like the first game, is its visual style. The Yarnys are weirdly cute, but the Levels themselves are gorgeous. From the flaming forests, to making your way across a pond above a hungry looking fish, or through old buildings, Unravel Two is an absolute treat to look at, which helps the time fly by.

As was its predecessor, Unravel Two isn’t by any means a long game. I banged the story out in a few hours but replayed Levels to get collectibles within times and to try beating them without dying extends the value for anyone. Adding to that are challenges which get unlocked throughout the game, which provide short but surprisingly challenging puzzles. I spent an embarrassing amount of time on one challenge to find I had been millimeters away from its solution, multiple times. 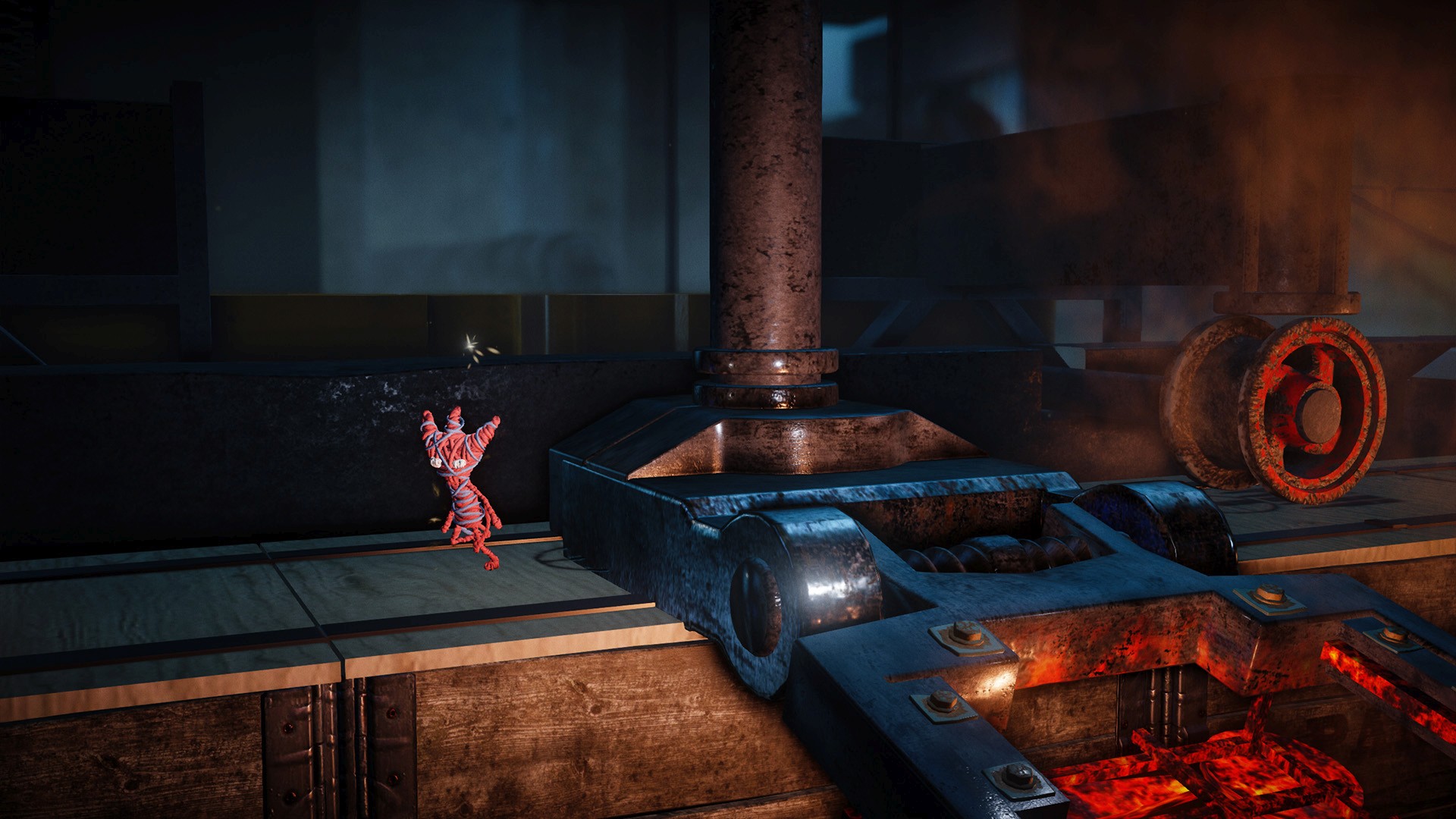 One glaring omission is a soundtrack to give the game some impact. It has a quiet and subtle soundtrack, but in moments where the story is being told in the background, or when Yarny was in danger trying to survive, it doesn’t give the emotional pull it could have. A subtle and clever soundtrack can go unnoticed, but the lack of one, can be noticeable.

Despite its very few flaws, Unravel Two is a wonderful short game. With the soul of an indie, and the aesthetic of a triple A game, it improves on every aspect of the first Unravel while retaining everything I loved about it.