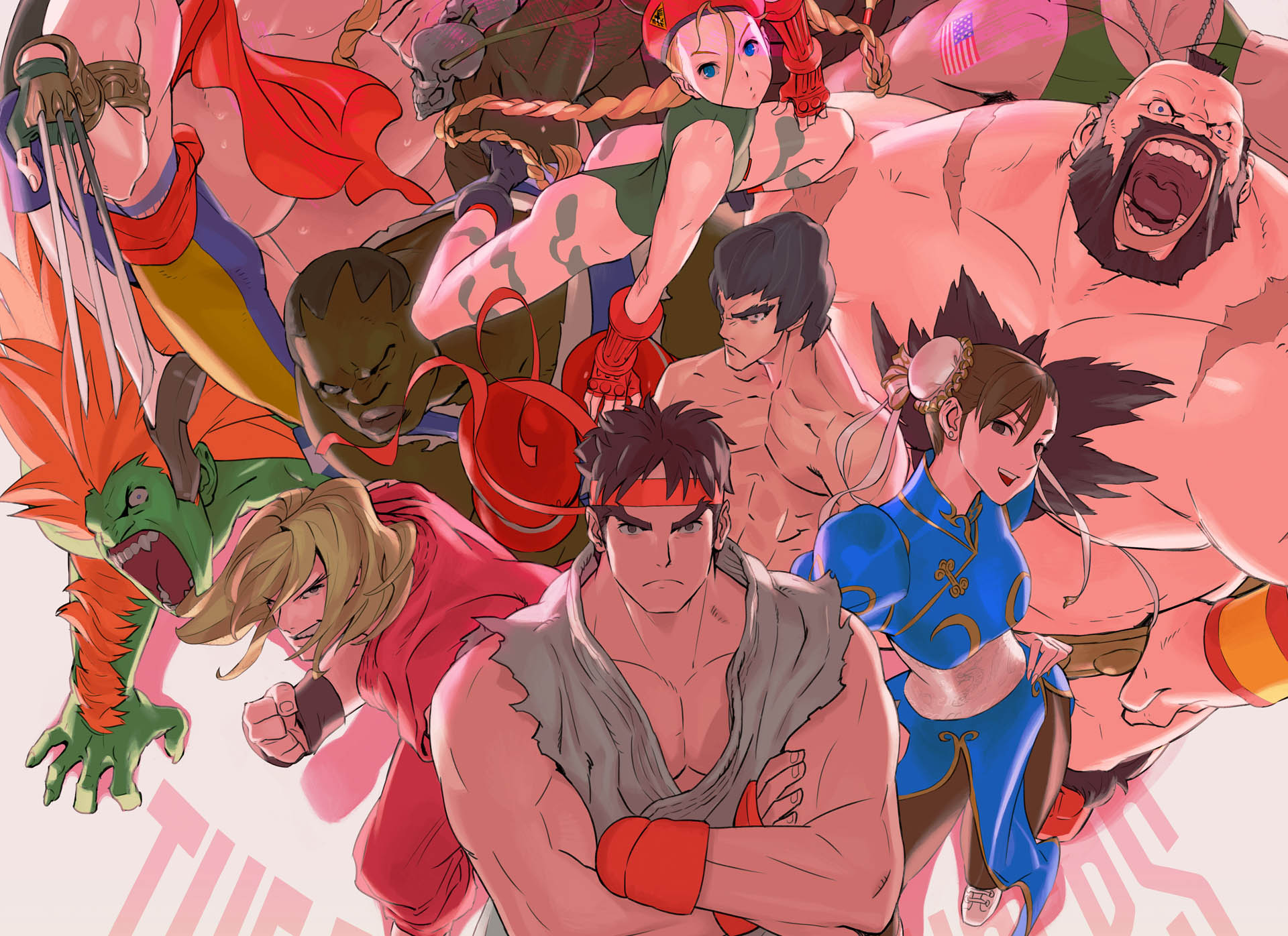 Street Fighter II and its increasingly-crazily-named iterations surely must hold the title for the most number of consoles on which it has been released. Initially brought to arcades in 1991 it has gone on to be a staple of the fighting game genre over at least, from what I can count, 18 different consoles. Its prevalence over so many years is a testament to the original teams design chops. It is therefore not a surprise that Street Fighter II has made it to the Nintendo Switch.

Since its release the console has had a steady stream of fighting games. Yet while there are Neo Geo remasters of fighting games on the Switch’s eShop, nothing compares in significance and lasting impact of Street Fighter II.

I have recently had the opportunity to test out the game in its Nintendo Switch iteration. From my time with the game, it’s the same Street Fighter II that you know and love, yet now you can take two player local battles with you. This edition is at its best when it embraces its past, and at its worst when it ignores what makes the game great and instead embraces gimmicks. 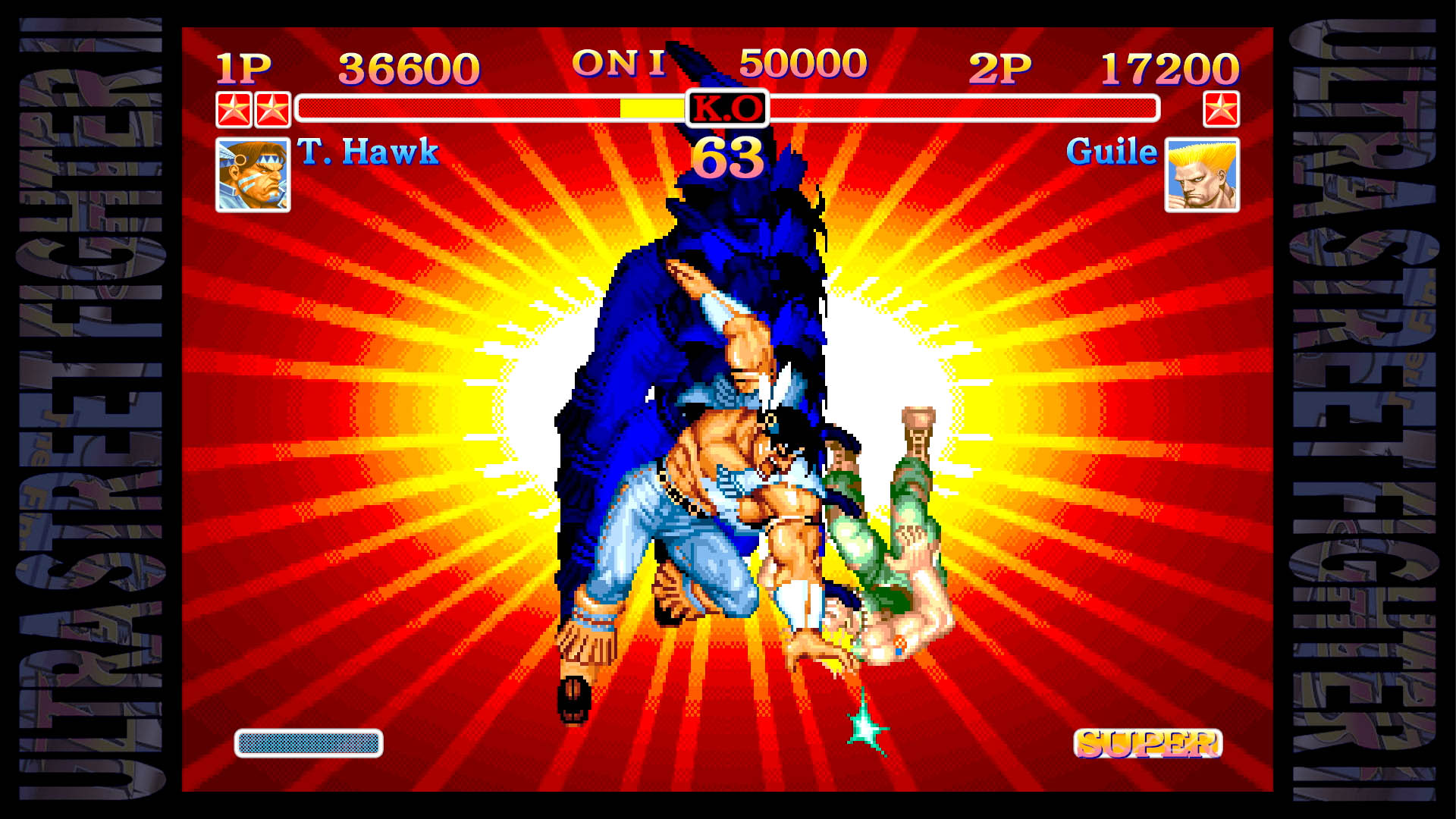 There’s not really much to say about Street Fighter II itself that hasn’t already been discussed at great length by players much more familiar with and expert at the game than I am. But the Switch version is unique, and in this latest iteration there are some new additions. Some are genuine improvements but some left me scratching my head at how they got past the concept stage in the first place.

First of all are two ‘new’ players – Violent Ken and Evil Ryu. While both of these have appeared in fighting games over the years, they haven’t together been part of the standard roster. They are fun to play, and we’ll have to wait to see if they become part of the meta, or, as they are only on this version, sidelined after the novelty has waned. 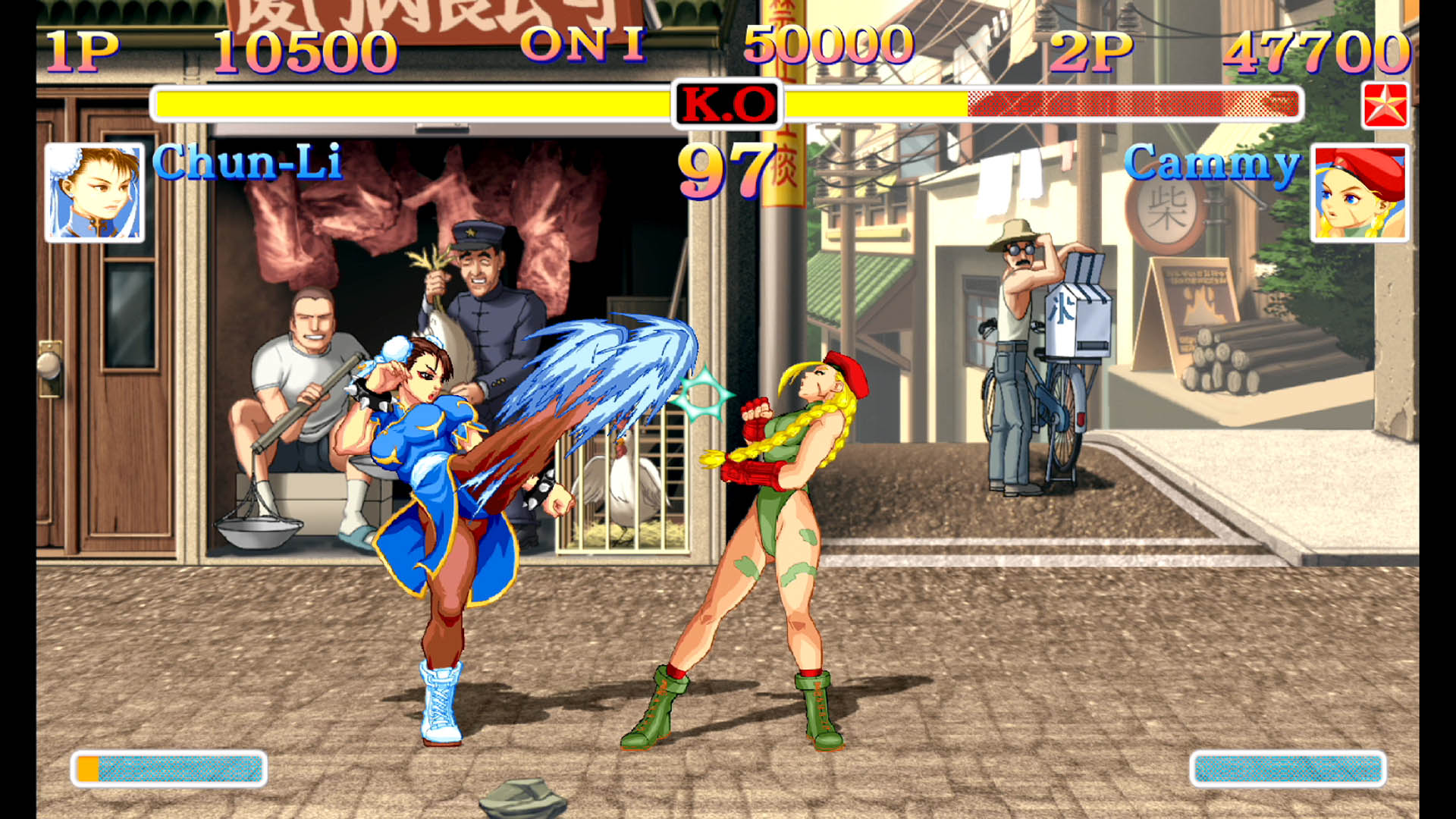 Unique to the Switch version of Street Fighter II is a first person Joy Con mode called Way of the Hado. After only a short time with it I was shuddering in memories of evil Wii waggle controls past. As with all the worst motion control games, it combines overly simplistic combat with imprecise, intermittently-working controls. I’m not sure why Capcom felt it necessary to include this mode, and while it is admirable they are experimenting with the new hardware, it didn’t need to make it into the final release.

Also new to the franchise is a co-op mode that lets you take on the CPU opponent. This was fun to play around in, especially for beginners, but I feels its also rather unfair to the poor CPU player. Yet for obvious reasons you cannot dual combo the CPU, so occasionally it felt like we were taking turns rather than truly fighting together. I can imagine this being a quick way to blow off steam, but as for long-term strategy there are better options. 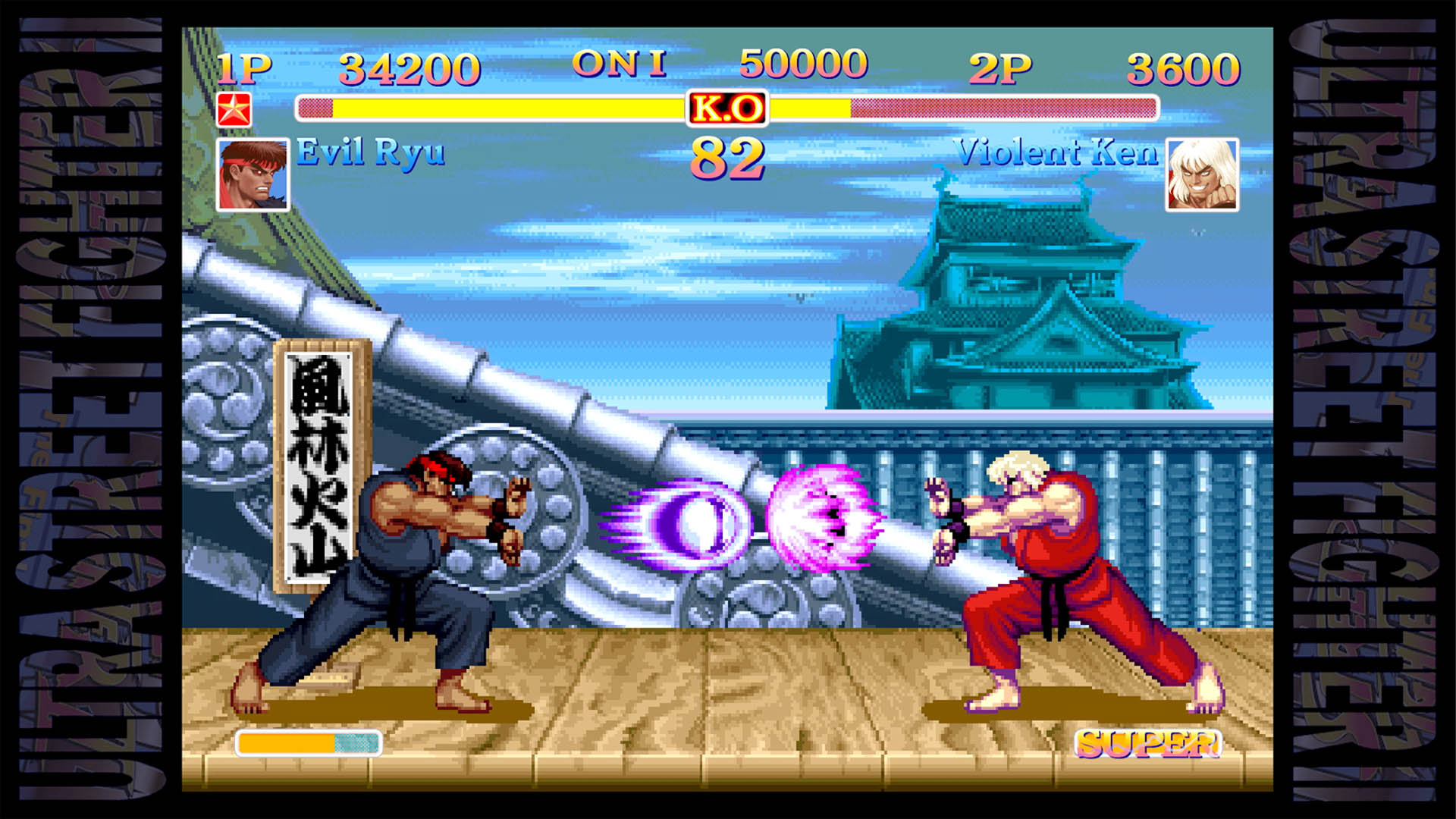 Playing with a single Joy Cons while using the Switch’s screen was surprisingly great. You’ll want to bring along the Joy Con Grip Straps, as I can imagine reaching for the shoulder buttons to be painful after only a short while. For a couple of casual matches though, it is perfectly adequate. To Capcom’s credit, that’s how they seem to suggest you play, but it does somewhat detract from the “two player always available” perk of the Switch. Nevertheless, I always bring a case with my Switch, one that carries the Straps, so it may not be an issue in reality.

As in previous releases on HD consoles, you can play in either classic 4:3 pixel mode, or a modern mode with updated visuals (in from what I can guess, a 14:9 aspect ratio) and new audio. Fortunately, you can also swap and match these, and I ended up preferring modern visuals but with the classic sounds. After quickly comparing this version to the PS3’s Super Street Fighter II: Turbo HD Remix (which does run at a full 16:9), the “classic” pixel look is much sharper on the Switch and overall looks much nicer. It’s iterative improvements on the core game like these that are what makes this version work. 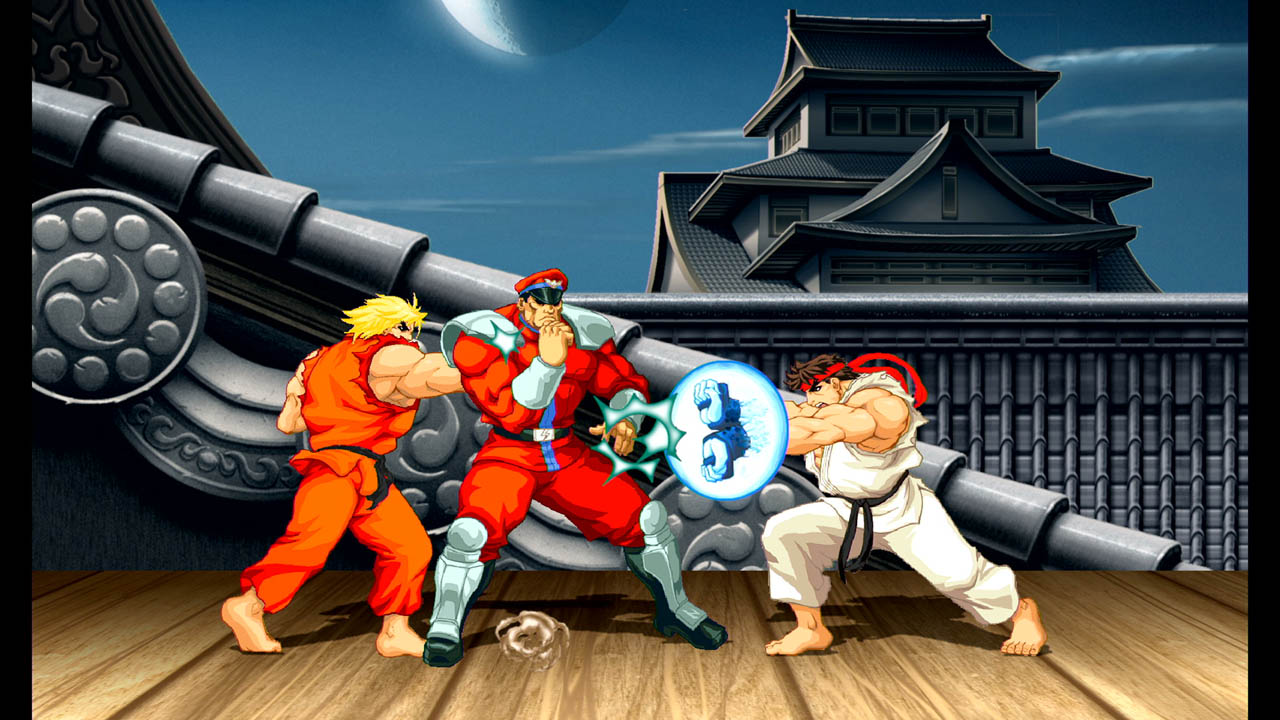 This release continues to fill out the genres of games available on Switch, and importantly continues the trend of local co-op games’ dominance on Nintendo’s new console. The Switch is fast emerging as the console that you not only take with you, but the one that you share with other people. It’s genius design is only becoming more obvious as we have more time with the console.

Ultra Street Fighter II: The Final Challengers is packed to the brim with extra features, including a Color Edit mode that allows you to create your own palette swaps and gorgeous scans of visual material from across the series’ history. I can’t speak to the minutiae of changes to the gameplay; I’ll leave that to the pros. But overall, this is a great version of Street Fighter II, and is very welcome on the Switch. Street Fighter looks to be the best 2D fighting game on the console, at least until the next Smash Bros release. It is interesting that Capcom decided not to bring over its newest title, Street Fighter V; it seems to know that owners of Nintendo consoles have a high demand nostalgia, and in this package, it delivers in spades.