The Walking Dead: A New Frontier – The Ties that Bind (PlayStation 4) Review 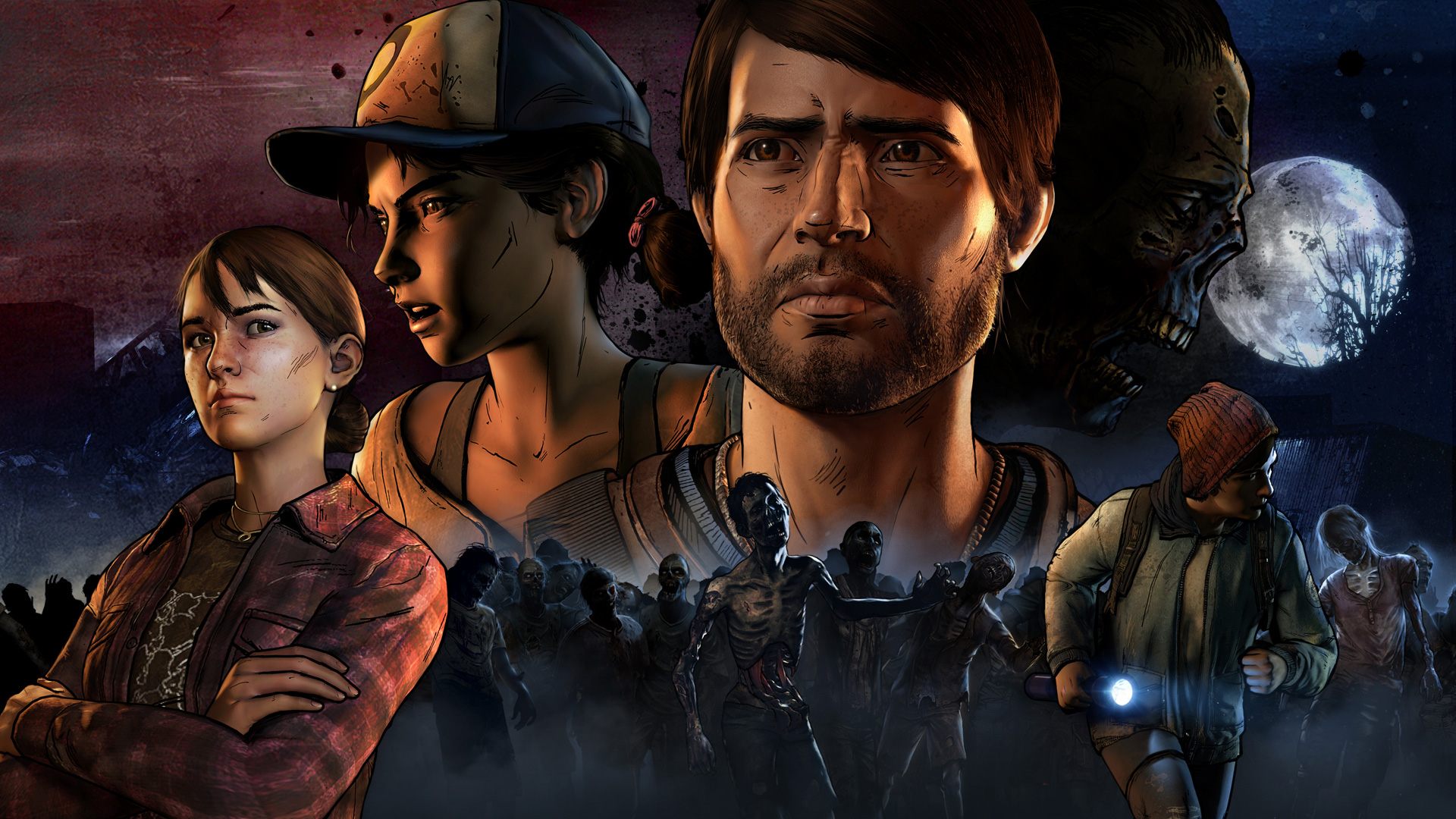 The first season of Telltale’s A Walking Dead was stunning, fresh and a must play for anyone who loved excellent storytelling and zombies. The second season was the inevitable follow-up that was excellent that didn’t quite live up to its fore-bearer. Telltale’s newest entry has perhaps a harder task. Something in between a reboot and sequel, this series of five episodes needs to demonstrate that it has legs and can maintain interest beyond the original storyline.

It’s a task usually more closely associated with prequels or fourth entries (see Star Wars: A Force Awakens, for example), but Telltale have decided now in the third season is the time to take this challenge on. So far, after the first two (linked) episodes they have been successful, but only insofar as they have made a good “Telltale” game, which may not be enough anymore. 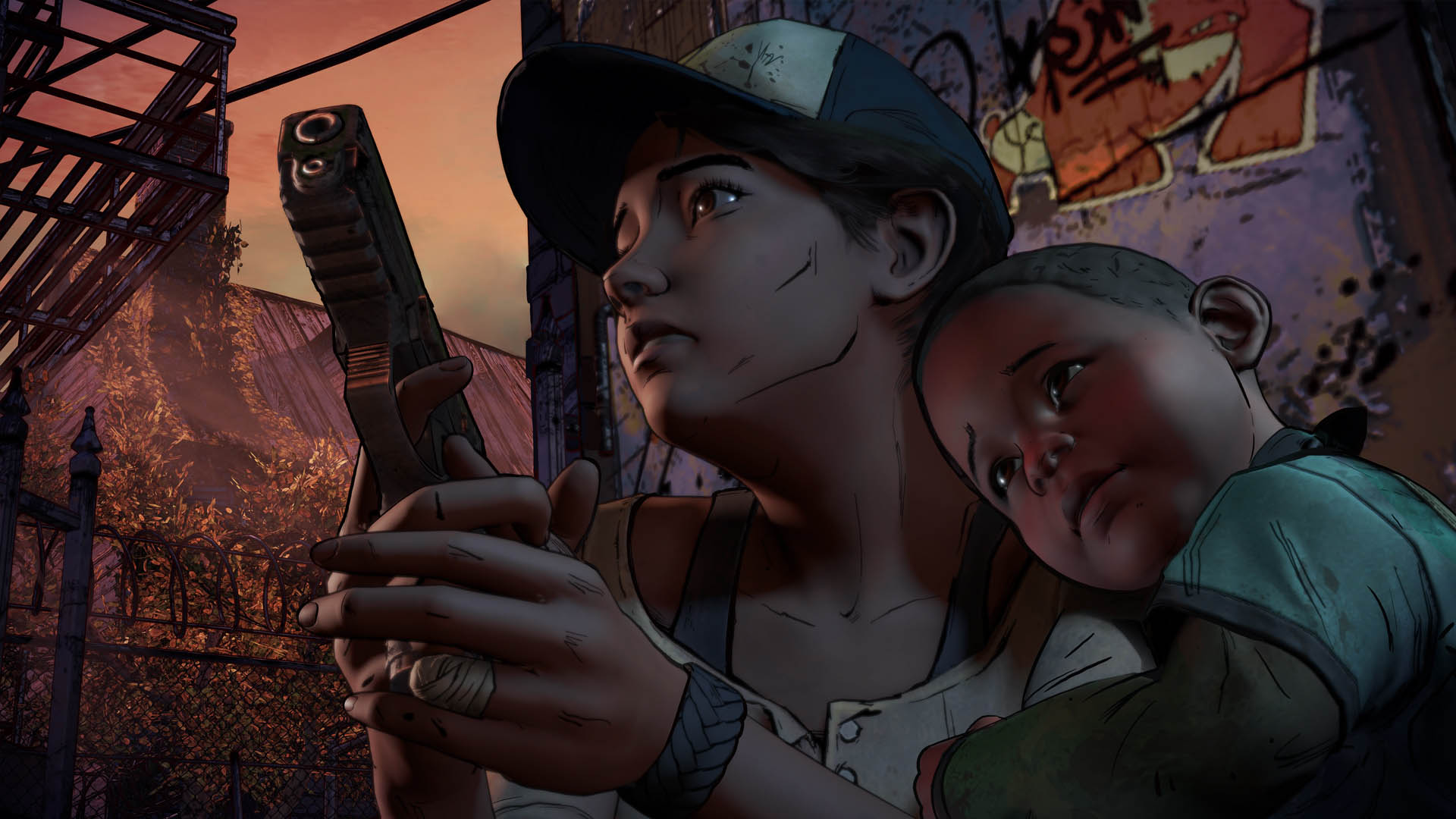 To start off this new series the developers have released two episodes, rather than the normal one. But these two episodes are part one and two of the same mini narrative, ending in a somewhat predictable cliffhanger that nevertheless sets up the last three episodes for the usual path of drama and intrigue.

It begins with your new main character, Javi. He, and his family, are introduced on the night of the zombie outbreak, and the first half hour of their story is brilliantly done. It plays interestingly with dramatic tensions, cinematography and dialogue in a way that their recent Batman series could only hope to achieve. In the first five minutes I was more invested in the Javi’s family than throughout all of Batman. This third season offers the chance to enter in fresh without the narrative baggage of the previous two seasons by focusing (so far) on Javi rather than Clementine. Yes, Clementine is a main character but you do not play as her and she, again, so far, has mainly been as a narrative device rather than a main character in her own right. 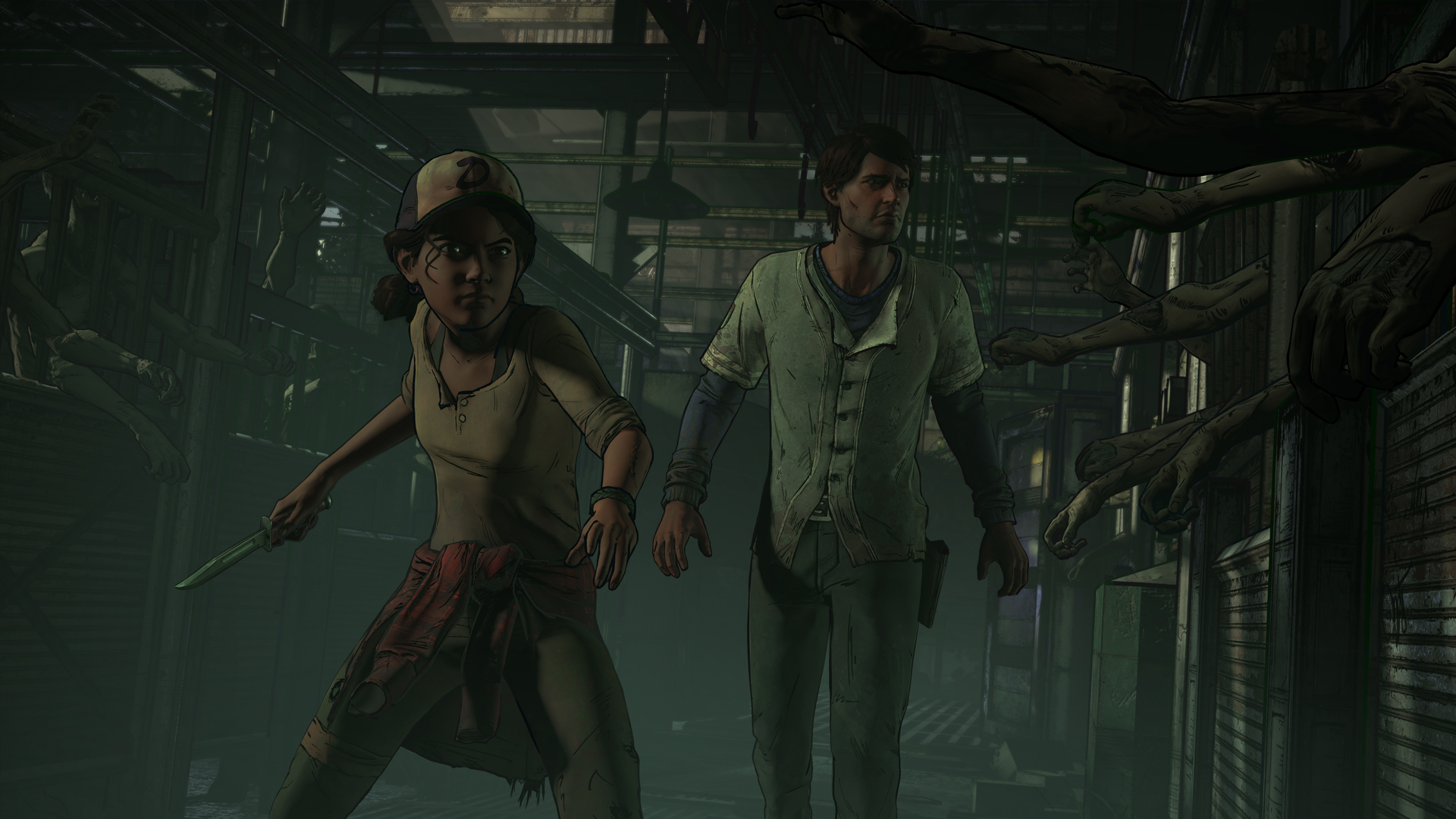 These types of game, including the likes of Life is Strange and Kentucky Route Zero are soap opera for gamers and so they must adhere to the same set of rules. Never let anything build up hope through shared experiences and conflict, don’t settle down for too long in one place, lest the audience lose interest, betrayals and high stakes are essential means to heighten tensions and build (or lose) trust in your characters. The problem arises when we’ve seen and done this story arc too many times before. It’s a problem also facing the TV adaptation. Be on the road, find shelter, shelter falls apart from an internal or external threat, leave shelter, rinse and repeat Characters are constantly introduced and then discarded, and we’re left with the feeling that almost none of it matters. After seeing this so many times it can all feel a bit rote.

But there’s usually a core of characters who really matter, and it’s for them that the story is being told. Fortunately, Javi is well written, and the story does take a fresher approach than most recent Telltale series. Clementine is there but by the end of Episode 2 she remains on the outer fringe of the group and the narrative. I strongly suspect this will change in the coming episodes, but for now I feel it’s an approach that fits better with a fresh start than simply gathering new friends around Clementine, just waiting for them to be killed off one by one. If you have played the first two seasons, you can import your save from them, influencing Clementine’s character and reactions. If you don’t have your save sitting on your hard drive – or your started on one platform (say, Xbox 360) and finished on a different one, then there’s a way to simulate your choices. 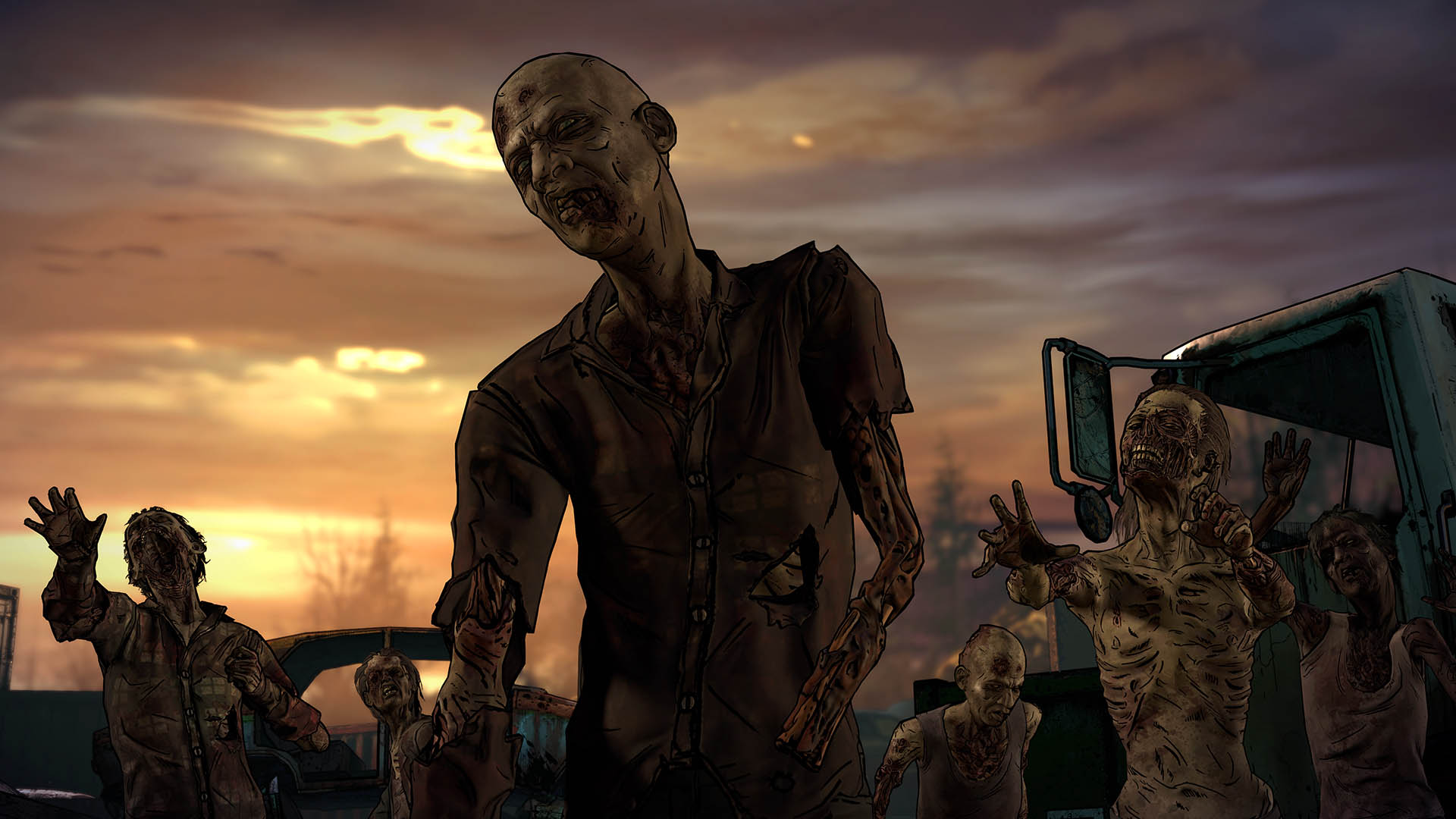 There’s a substantive upgrade to the lighting system without the same hitches, pauses and other technical issues that besieged the Batman episodes. Episodes also are noticeably shorter than what we have come to expect, at around one and a half hours each, down from two hours. I feel this is a good change, as I was pleasantly surprised when they finished, rather than being stretched to fill a rather arbitrary two hours.

If you haven’t yet tired of either The Walking Dead or the Telltale formula, then you will enjoy this entry too. The genre is starting to feel a little tired, but in moments of brilliance it can shine. The story is good, but not exceptional, and the gameplay is all too familiar. After so many entries, it is truly time for Telltale to be a bit more adventurous with the series’ core mechanics. Walking Dead: A New Frontier is the old style of series refined to a keen knife’s edge, but it’s an old blade, one that needs to be replaced and updated wholesale if the studio wants to continue to be leaders in the storytelling field.

Thank You for being AWESOME
The Walking Dead: A New Frontier - The Ties that Bind (PlayStation 4) Review