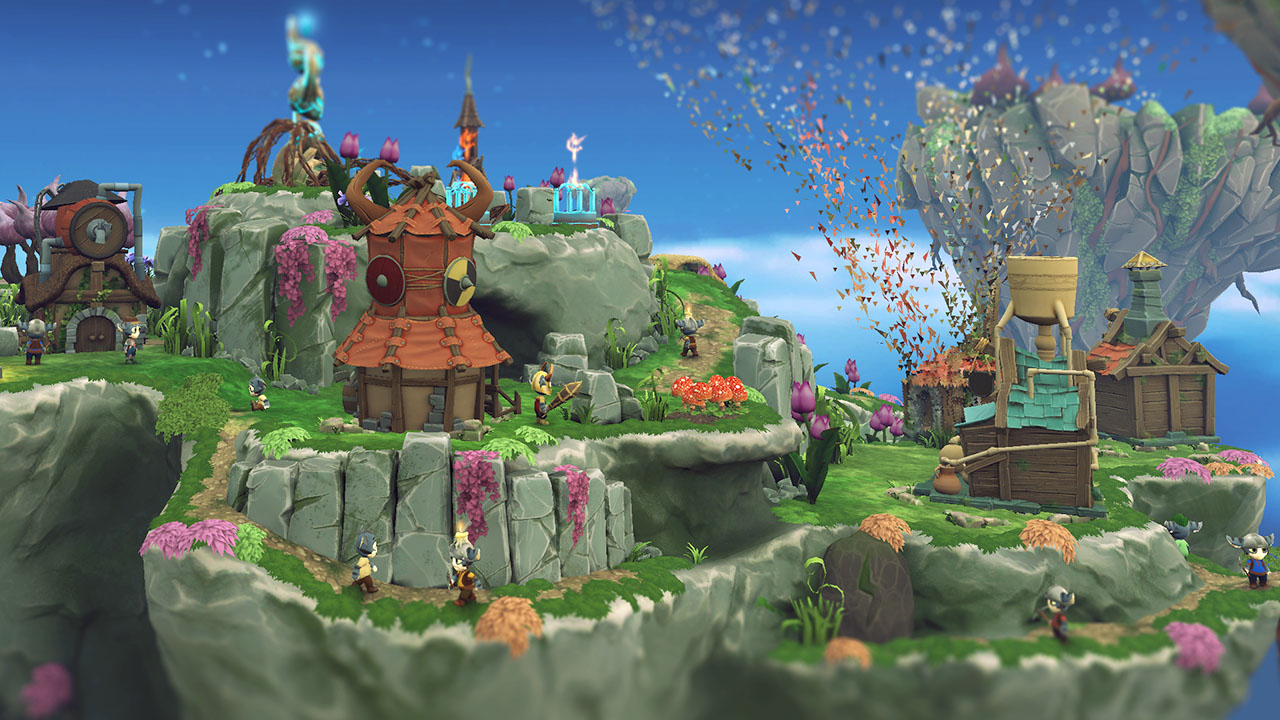 I had always thought that God sims, as a genre, would be a perfect fit for virtual reality. Instead of ordering your minions around at the safe distance of behind a monitor, you could instead get up close, see what they’re doing and by so doing feel a greater connection and responsibility for your actions.

Tethered succeeds in giving us just what we need. It goes beyond the proof-of concept nature of so many of these early VR titles. It’s a full-fledged game that gives you everything you’d want or need in a game, while (optionally) using VR to get up close and personal. Released with PSVR in 2016, it has now received an update that allows you to play the game both in VR and on a normal monitor, though it was clearly designed for VR from the start. 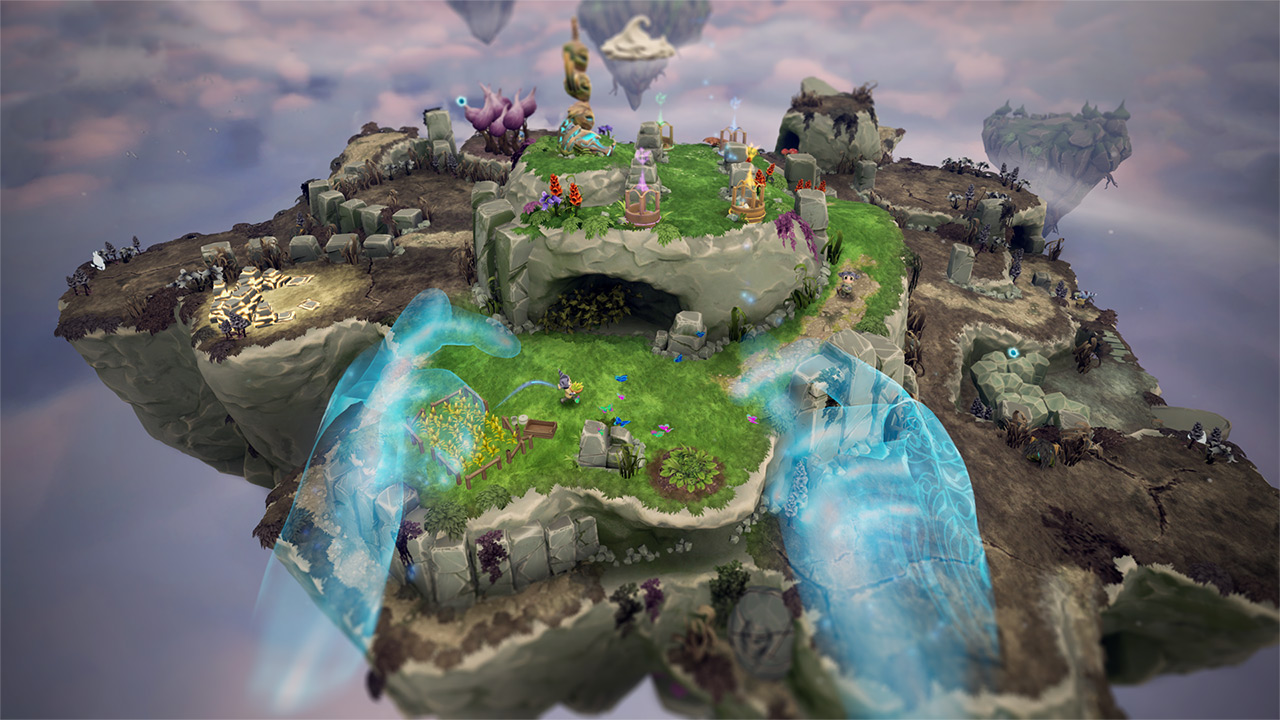 The story, such as it is, focuses on your need as a god, to gather Spirit Energy, essentially mana. Building your little empire unlocks Spirit Energy at different steps. When you get enough, the Level ends. The Spirit Energy isn’t automatically added to your inventory though. Instead you have to manually collect shiny orbs. Unfortunately, apart from actually seeing them floating around, there’s no clue that you’ve earned them. As a result, you can unknowingly accumulate quite a bunch before realising it’s floating there, ready to be taken. Otherwise, the story, wisely, stays out of the way.

Tethered is essentially a real-time strategy game. There’s a fair amount of micromanaging individual units, so for those who aren’t so keen on that type of gameplay it may be a bore, but I found it was relatively intuitive. The strategy elements never become too complicated – there isn’t going to be a professional Tethered scene anytime soon, but that means it is a readily accessible title for new RTS players and younger audiences. 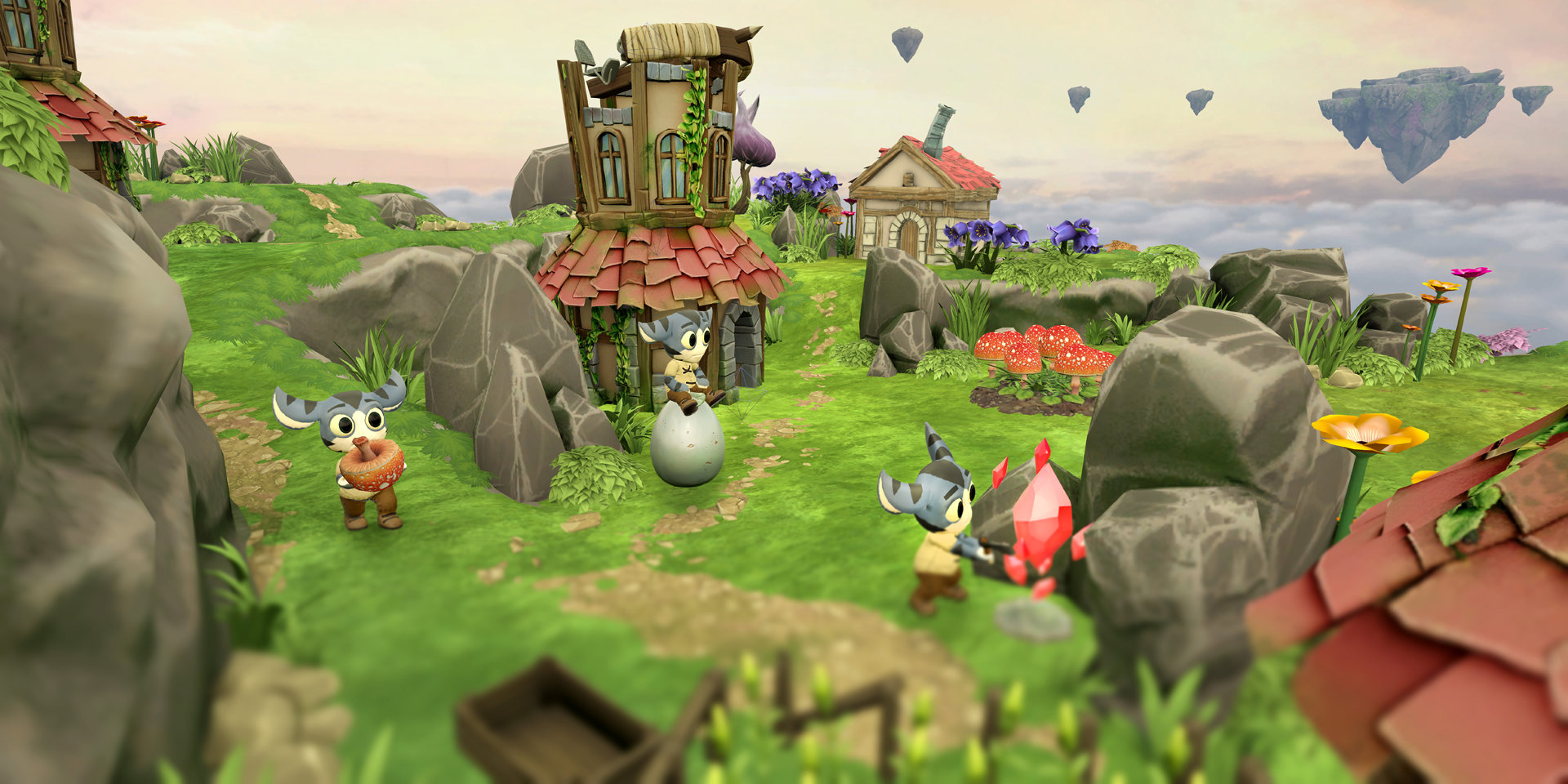 It has essentially a similar structure to Minecraft. Gather resources, construct buildings and develop your minions (called Peeps – perhaps a little too on the nose) during the day, in preparation for fighting back hordes of enemies at night. Peeps will automatically fight enemies, but you’ll need hero units to make sure they don’t all get wiped out.

Resources are finite, but in true god style, you manipulate the weather and recharge resources when they run dry. Moving around the weather, and even combining different types to create a rainbow is fun, and makes you really feel like you’re in charge of this little world. Exhaustible resources include your Peeps. New Peeps fall from the sky and need to be incubated. At first this isn’t a problem, but as the Levels become more complex, taking a Peep off the job and getting it to the egg before it goes back can be a tricky act. 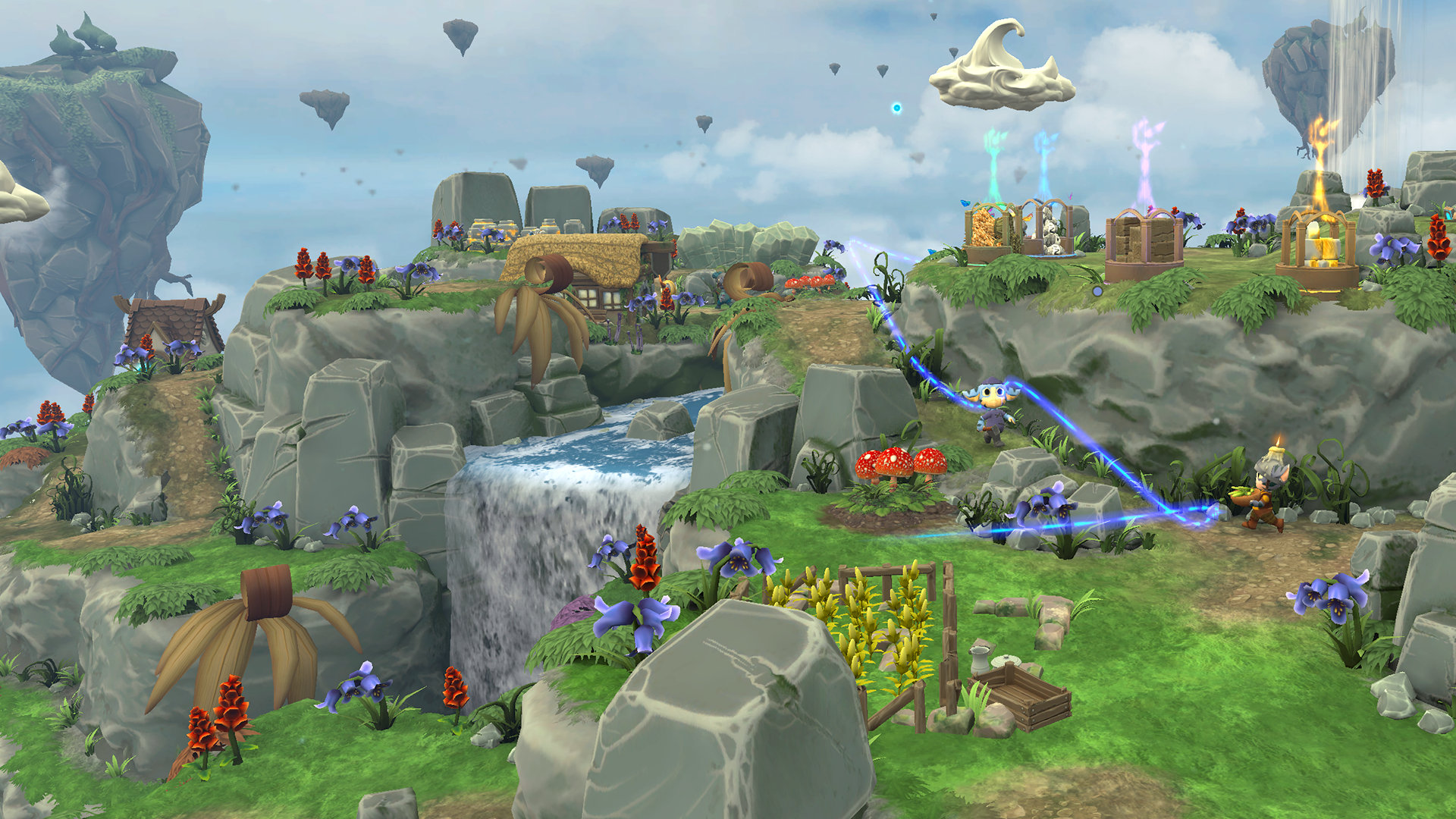 Each world is a Level and feels substantial. Each takes a good amount of time to reach the goal. There’s no saving during Levels though, so you can expect to be tied to your VR headset for a good amount of time. For some who need to limit their time playing VR this can be a major issue, but for others they won’t even notice. At least as your perspective stays relatively still, there’s little chance that you’ll experience VR sickness.

One sore point is that when playing on the TV, you move the camera with your controller by default. It took me too long to realise this setting can be turned off, and I recommend everyone do this before starting. I think it was meant to emulate moving your head in the VR headset, but it’s one instance where the VR origins of the game doesn’t translate well to a traditional screen. 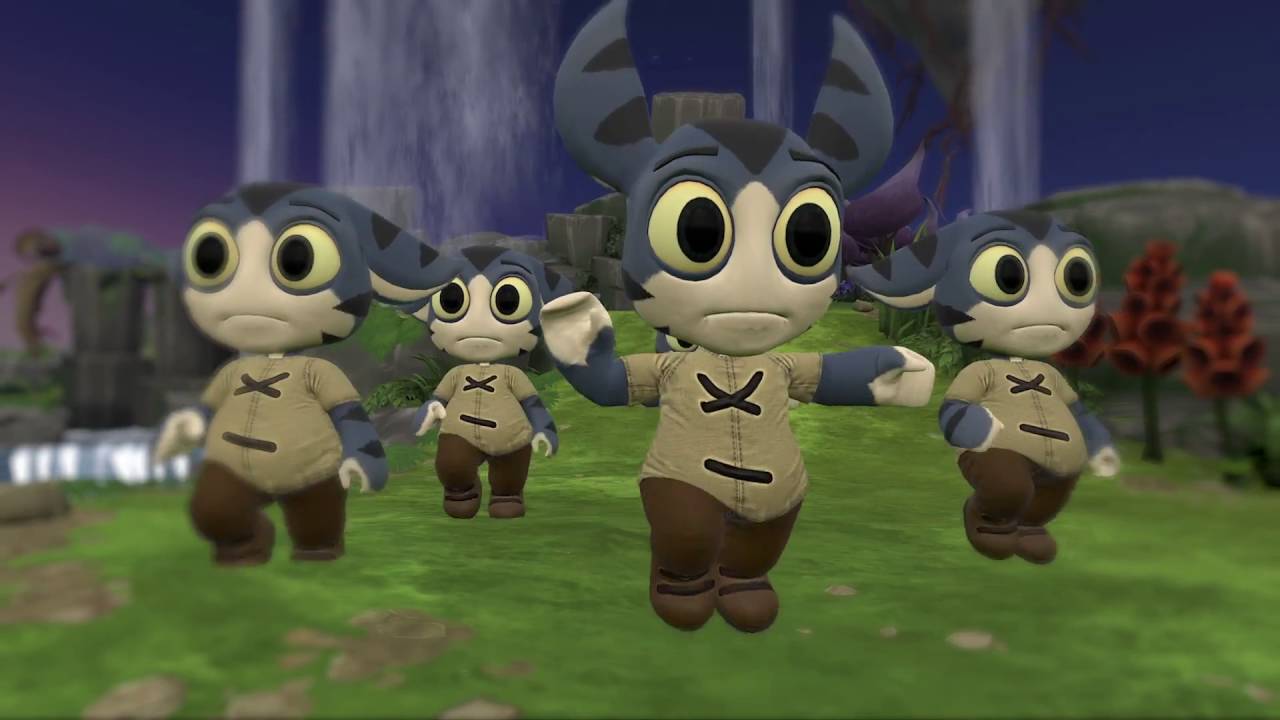 Developer Secret Sorcery have created a fun, full-featured game that is worth your time on either the big screen or the one mere centimetres from you head. Even better, the virtual reality experience is a near perfect example of taking a well-known genre and giving it enough virtual reality pizzazz to be interesting, but not too much that’s it’s overwhelming – or worse, sickening. It’s extremely polished, looks fantastic and runs well. It’s always great to see successors to classics such as Black and White, and Tethered not only takes up this mantle, but elevates it higher than it’s been before. 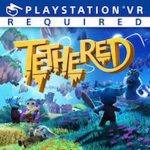