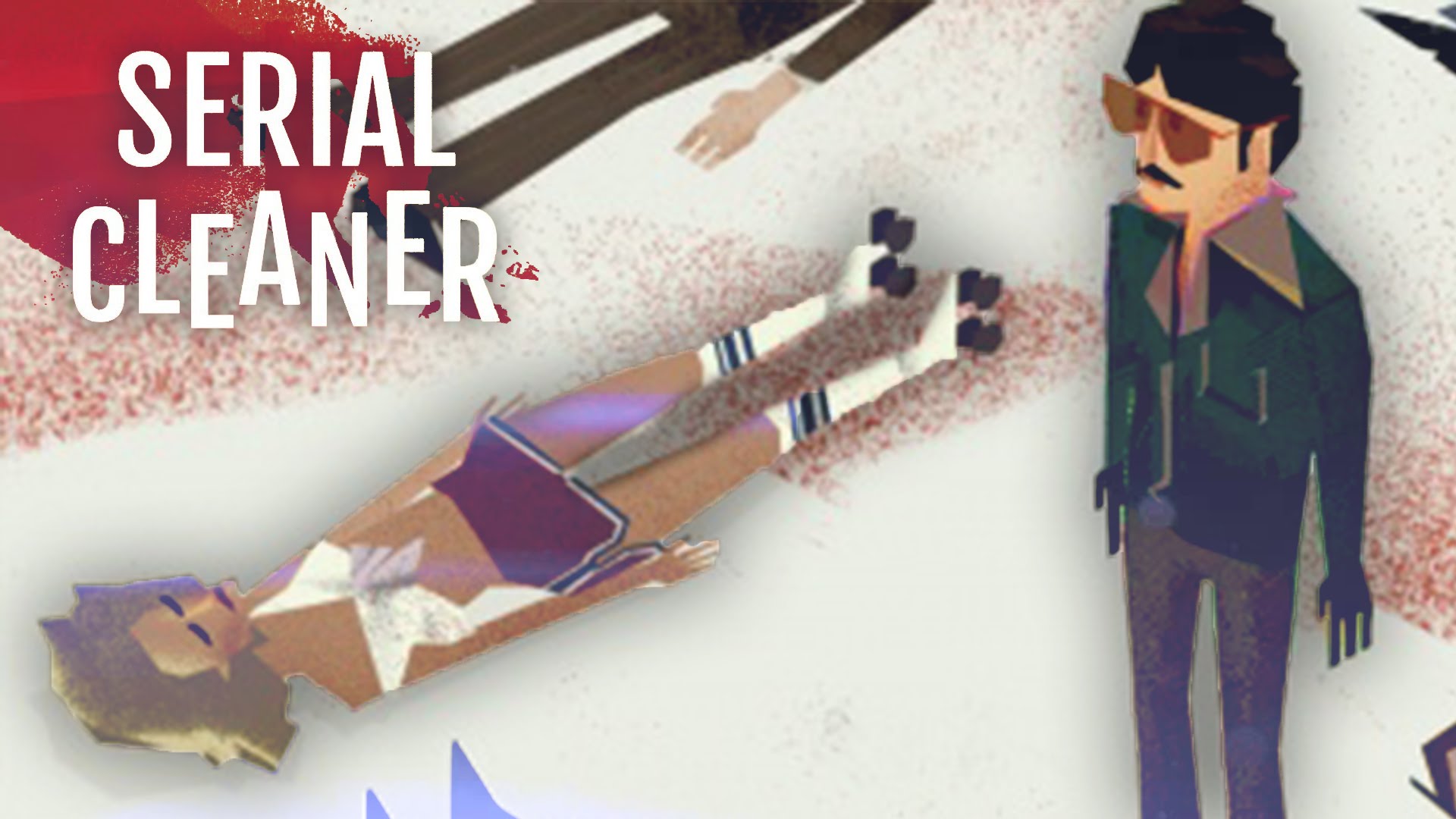 What happens after Hotline Miami? When the job is done and your enemies are gone, who cleans up after you? That’s the question that Serial Cleaner wants to answer.

Set in the swinging 1970’s you are a cleaner sent to clean up crime scenes just after the grisly murders have taken place, scrubbing the place to keep your mysterious employers out of trouble with the law.

Serial Cleaner has a gorgeous aesthetic that captures the spirit of the era. The graphics are backed up by what is already a killer soundtrack, full of funk and groove. Released onto Steam Early Access the game is now up to version 0.2, with seven stages to whet your appetite for the full game. 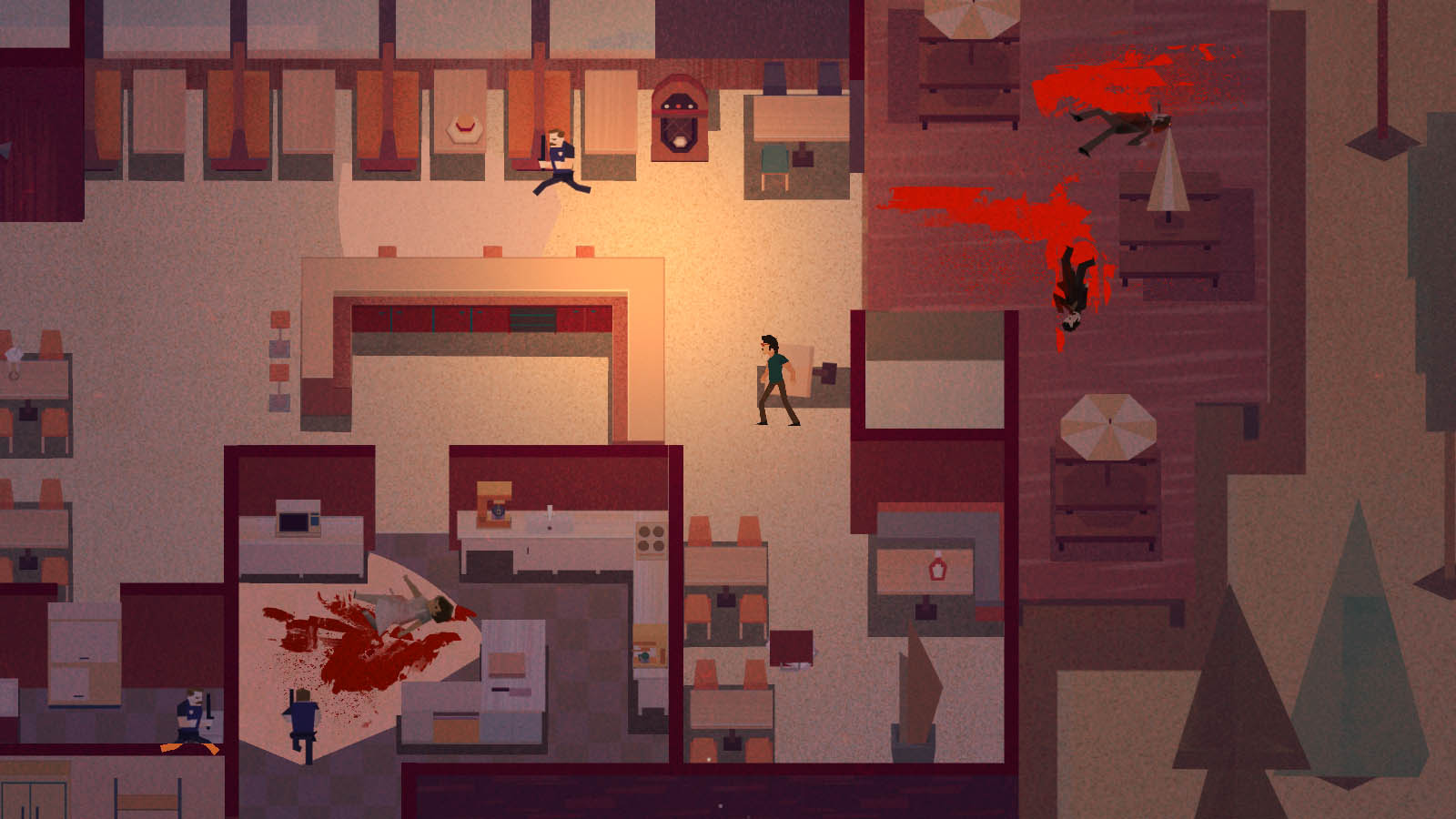 In some ways Serial Cleaner not only wants to answer the question of what happens after the murder sprees of Hotline Miami and its sequel, but to replicate its core gameplay loop. But instead of brutally murdering gangsters, you’re picking up bodies and other evidence left at the scene of the crime. While you do have various crevices to hide in, if you’re caught, the level restarts instantly from the beginning. The police have obvious scopes of view and can also be attracted by sound you make. Once the scene is spick and span, you need to escape and make your getaway in your trusty wood-paneled station wagon.

There is a small level of randomness where bodies and evidence are placed which makes perfecting a run, unlike in Hotline Miami, much more difficult. Instead you need to carefully watch police patrol patterns in and time your sprint to safety exactly. When this goes right it’s thrilling, and gives weight to what otherwise would be extremely short levels. The randomness is actually welcome however – it makes the game a bit more difficult and less like slowly battering down walls, a la Get Smart. 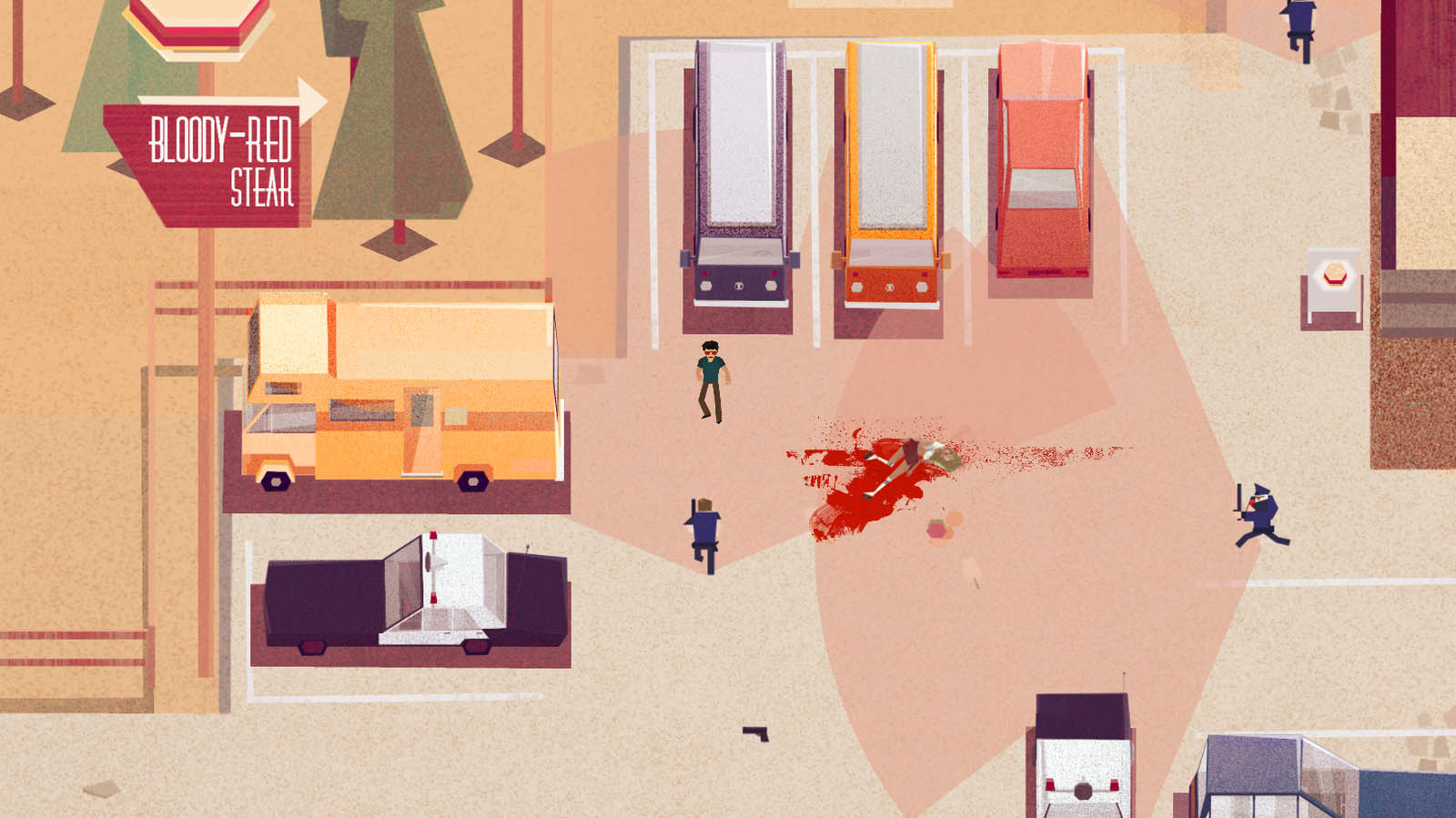 At present there are only seven levels that ramp up the difficulty and complexity. And that’s it for now, with a planned full release including a Challenge Mode for early 2017. The game is out for feedback at the moment and the developers encourage players to get in touch with them about what works and what isn’t.

For its asking price Serial Cleaner doesn’t give you much at the moment. If you pick up Serial Cleaner now, you’ll be finished with what’s there within an hour. But as development progresses more levels with an increasingly diverse array of enemies should make for some interesting challenges. There’s great potential in the game as it stands and for its future, as long as there’s not simply more of the same that’s there – I fear that would become too repetitive too quickly.

Serial Cleaner isn’t worth it for what is there now. But as an early look at what the full game is, and to support further development, together with its low price, it’s definitely worth looking at. Get your flared jeans on, the 70s are back!