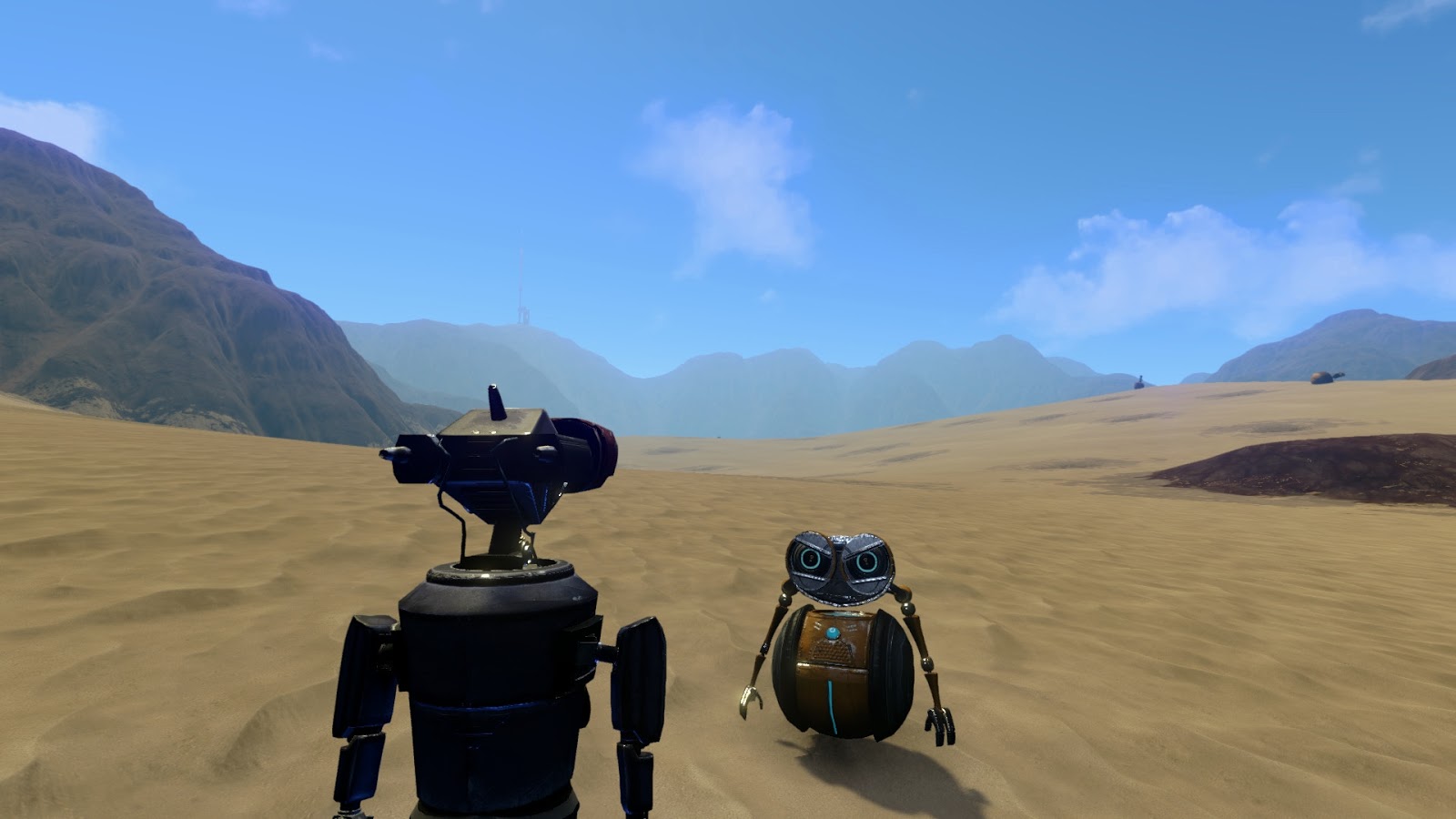 It wasn’t long ago an indie game meant a low budget game that generally due to a lack of hours looked simple, but had to rely on gameplay creativity or aesthetic quirks to stand on their own two feet. Phoning Home by the indie studio Ion Lands continues a more recent trend where the line between indie and major titles are blurring with a game that absolutely feels like it should be AAA.

Phoning Home is very much a survival game with its own twist.  You play the part of ION, a robot, whose ship has crash landed on a strange planet.  ION must survive the lands and work to get himself off the planet. 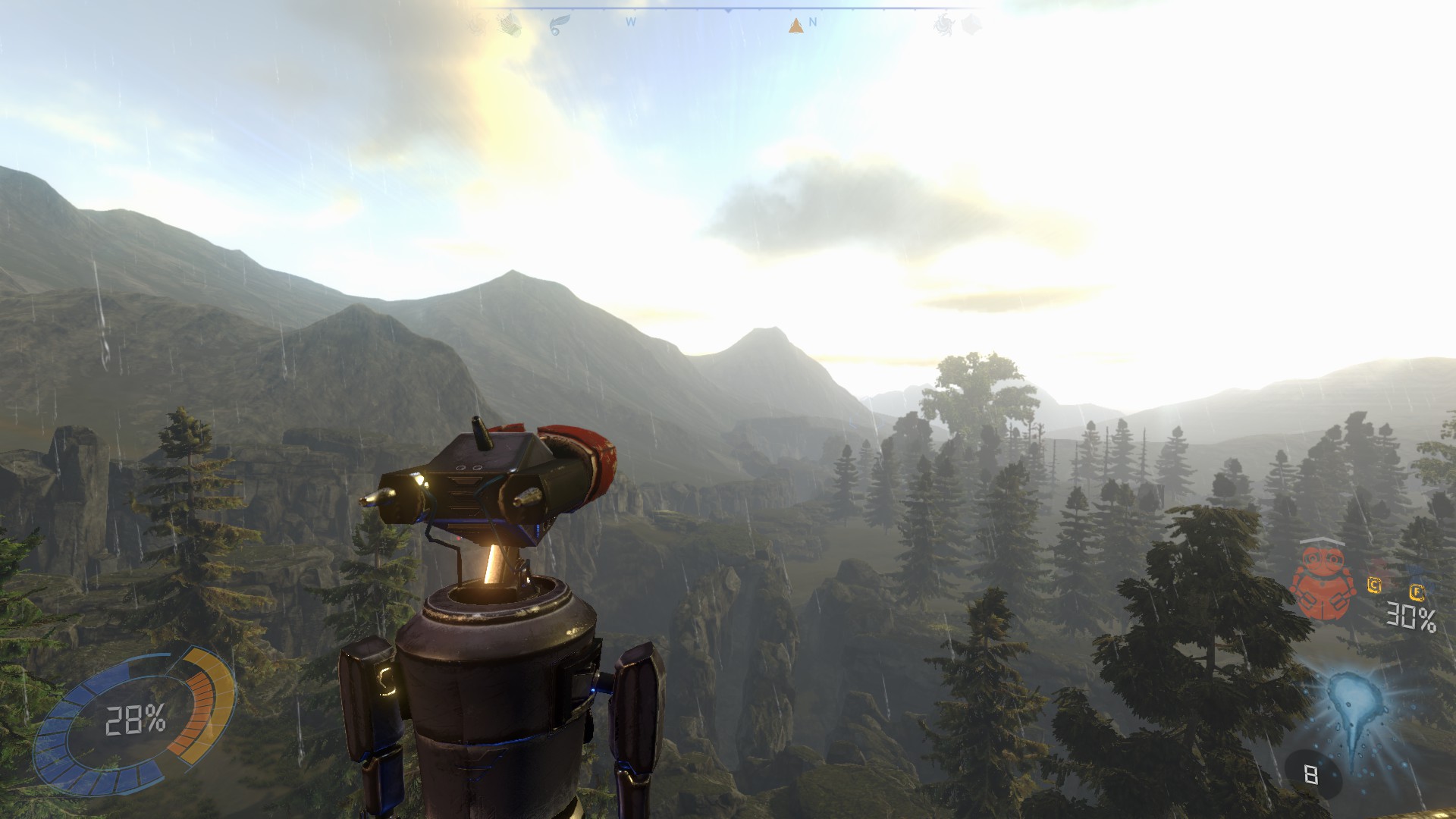 The game is interesting because of the use of ION which gives a very different feel to the traditional survival game.  For the longest time I still felt less destructible as you would picture someone made of metal being. Yet the game keeps ION as destructible as the rest of us with sensitivity to fire, falling and beasts in all of their forms.  On top of this is his requirement for consumables such as fuel, which similar to the way an organic character would require food.  This hook makes the game feel unique despite it more or less remaining similar to most survival style games.

ION is constant contact with his sentient ship TR2, but is soon joined by ANI, a female robot, who has also crash landed and trying to get off the planet.  As the two of them explore the planet for resources to craft what they need, they discover some old ruins showing more depth to the planet than they thought.  This storyline was surprisingly compelling but I don’t want to risk getting too far into spoiler territories. 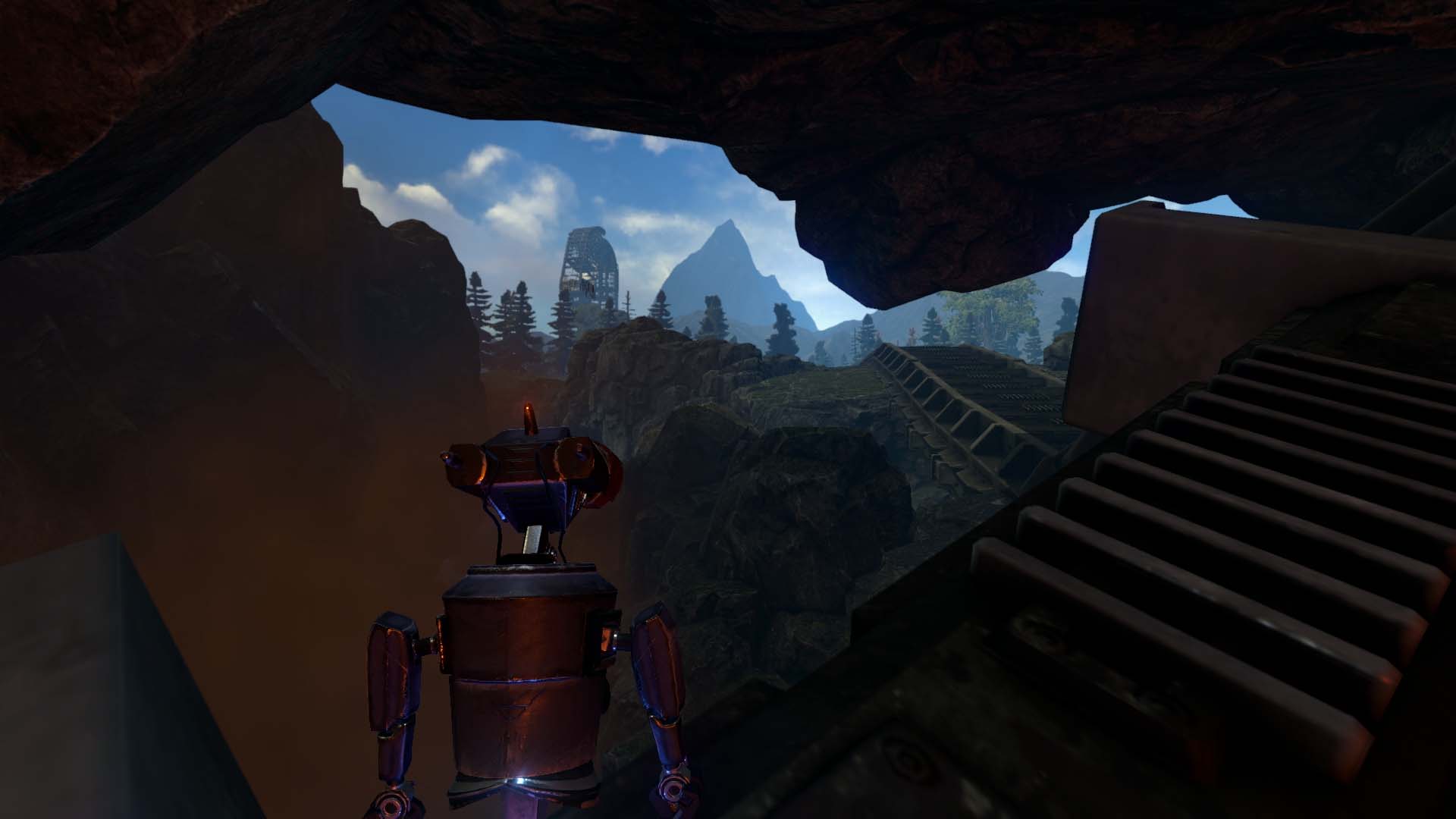 The gameplay itself is very simple. ION explores in the same way as any third person game, but to jump he uses his thrusters which require fuel.    The thrusters themselves feel frustratingly accurate with it taking a second for them to create enough thrust.  Despite being fairly standard, the gameslittle quirks like this give the game a surprisingly unique feel.  At times it felt a touch repetitive, but it was still fun and the story was engaging enough to keep me going so it’s an easy enough criticism to move past.

The game unfortunately isn’t bug free. I encountered issues with my controller, which has apparently since been fixed and materials would be collected but not appear in my inventory.  These and other little bugs crop up from time to time, but based on the scope of thegame they are less frequent than I expected. 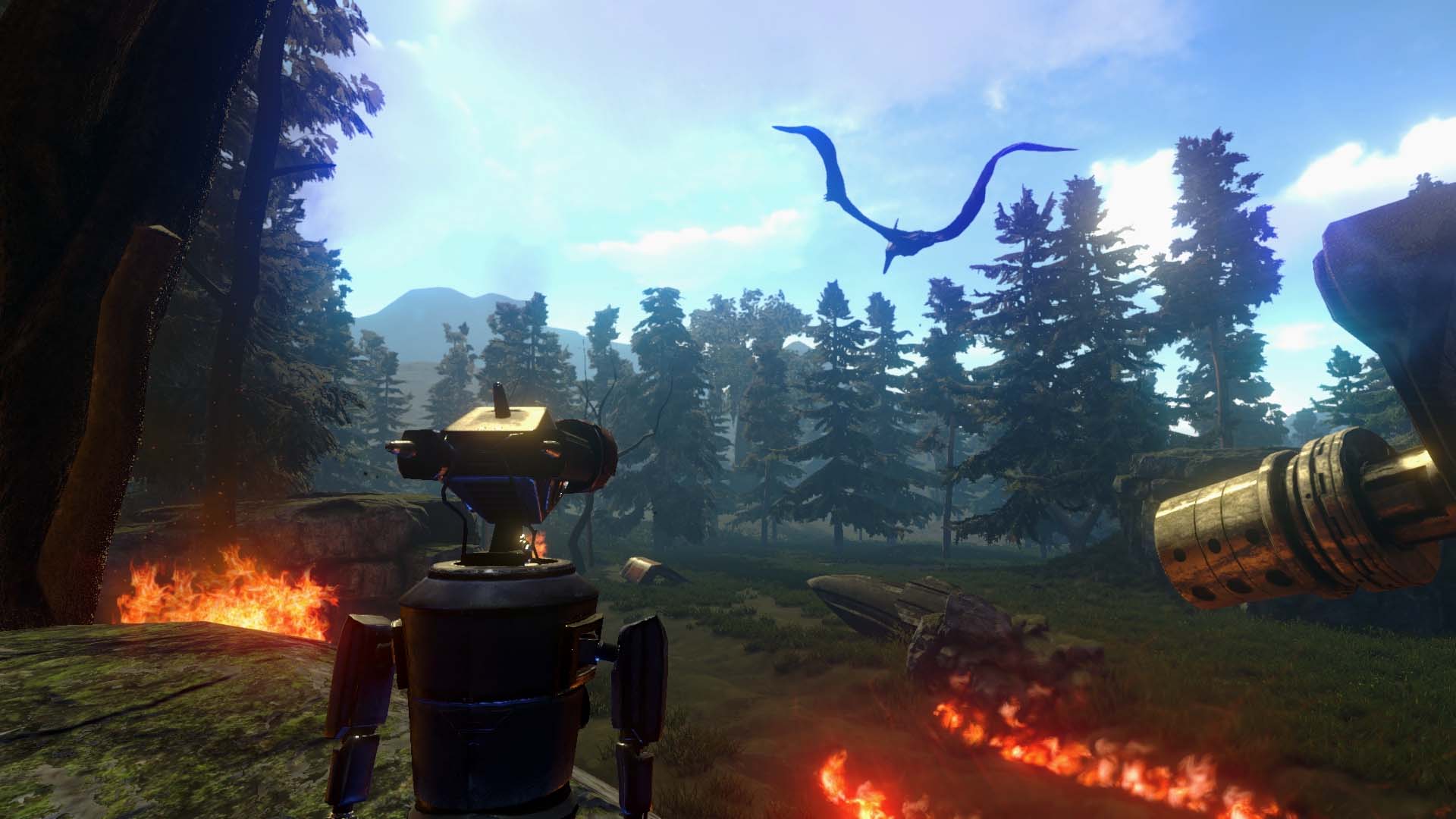 Then there is the way the game looks.  It blows my mind that this is an indie game as based on its beautifully constructed world, I would totally believe this was an A game at a minimum.  The world itself is gorgeous as the details and inhabitants are beautiful. The vistas are gorgeous and the draw distance is surprisingly far for its detail.  ION and Ani both look cool and ION is clearly based off a young alien who wants to phone home, as the games name somewhat suggests.

Phoning Home is a fun exploration survival game.  ION gives the game a unique look and feel that separates it from the rest of the pack.  ANI and TR2 give the game enough heart, to make the story engaging which allows you to move past the otherwise repetitive gameplay.  With a beautiful vibrant plane to explore it’s well worth a look.

Thank You for being AWESOME
Phoning Home (PC) Review