Frustration and death awaits you in Metanet Software new 2D platforming game N++. Whether you love it or hate it really comes down to what sort of gamer you are.

In each of N++’s hundreds of Levels, the objective is to make it through a door. To do so however you first must navigate your way through the Level using platforming elements and a bit of luck.

The challenge in the game stems from how easy it is to die. Death surrounds you in each Level, whether it is by falling from a considerable height, hitting one of the ridiculous number of mines littered in each Level or being blown up with a homing missile, death will hit you frequently. Mistiming or misjudging a certain section will generally result in you coming face to face with one of these death traps. 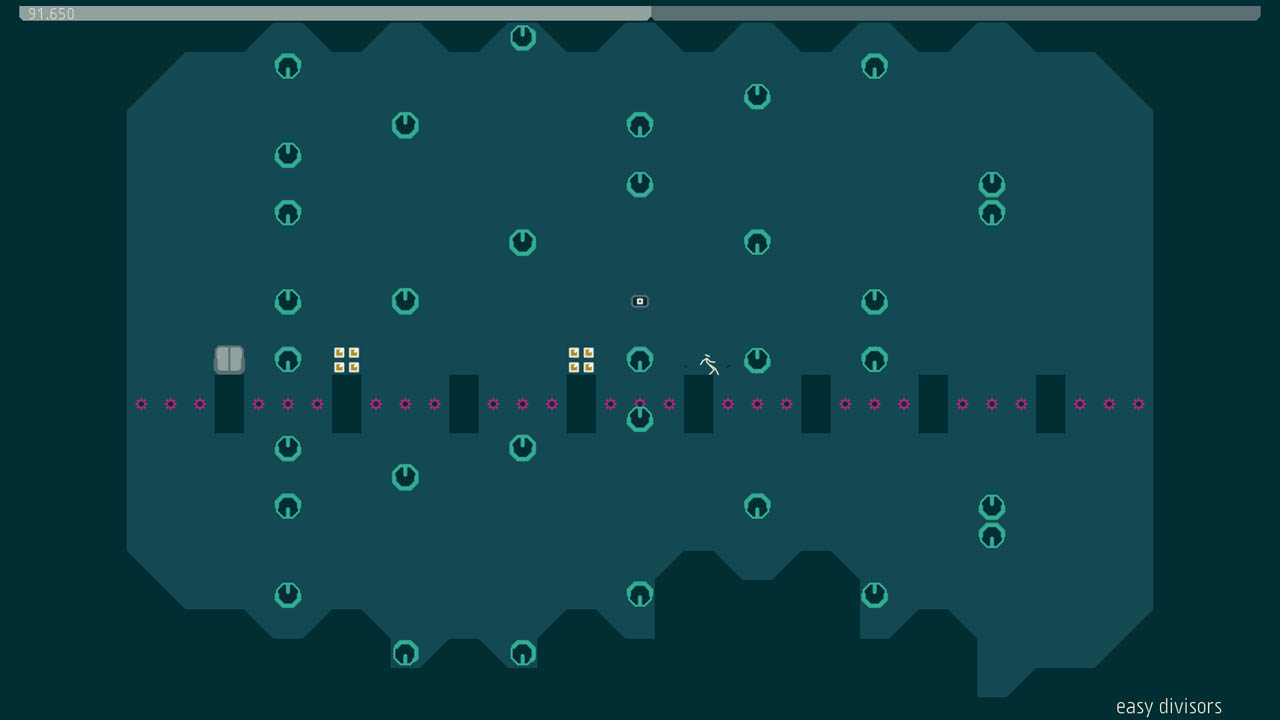 Fortunately dying isn’t such a bad thing, Levels take only a matter of seconds to complete, especially the earlier ones, and once dead, everything instantly resets. Dying can also be quite entertaining, especially when your limbs get scattered about the emvironment, setting off mines and just generally causing chaos.You do have to possess a large degree of patience to stay motivated to keep going, especially in the later Levels in the game.

Most of the difficulty in each Level comes from trying to collect floating gold cubes littered throughout the level rather than just getting through the door. Commonly, these are placed away from the main path and require you to overcome even more obstacles in order to complete the Level. Collecting them all rewards you with a gold icon next to that Level, acting as a trophy of sorts. 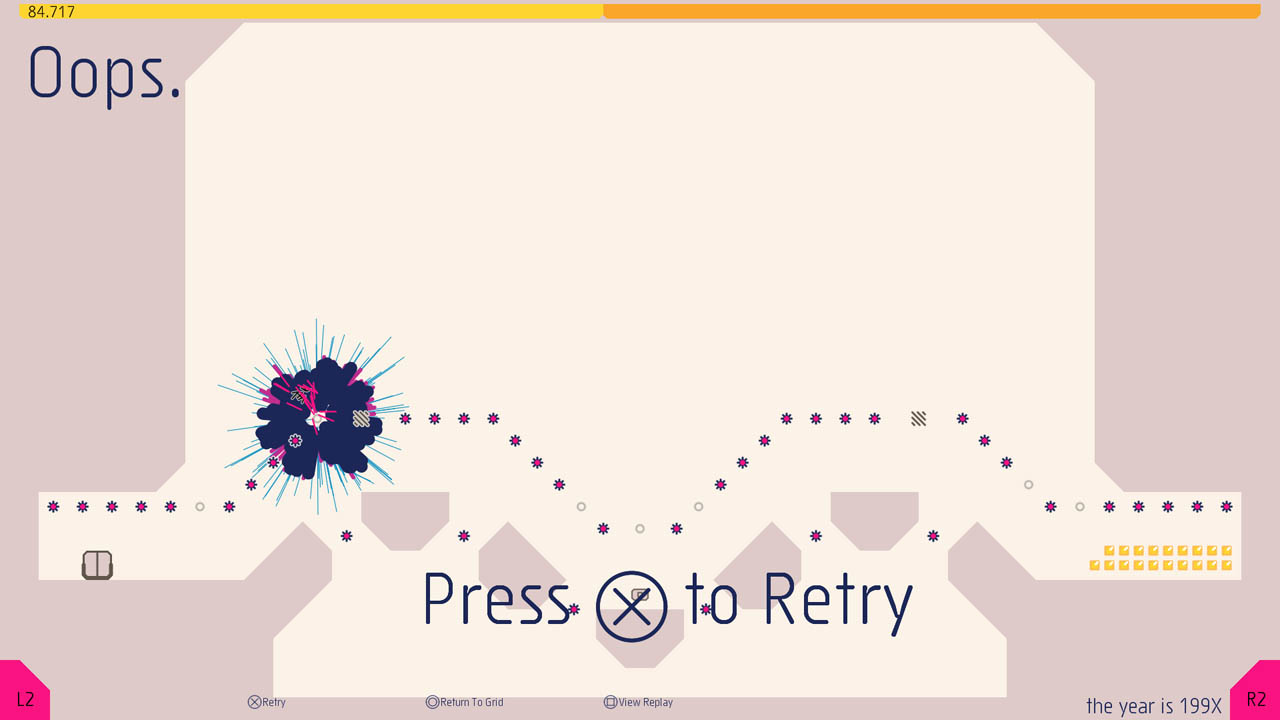 Due to the ridiculous number of Levels, I found it difficult to actually stay motivated to collect all of the gold available. Typically I ended up only going for them if they looked easy enough to get.

Other than just being a collectible, the gold served to extend your time. Generally however, time isn’t really a big issue. One motivation for collecting them however is that your time remaining at the end of the Level becomes your score. If you are the competitive type who has friends who play the game, this may be enough to get you motivated.

The game features three main game modes, Solo, Co-op and Race. Despite what the names may imply, all three modes are available on either solo play or local multiplayer although as you may expect, playing solo on a Co-op Level can prove somewhat impossible. 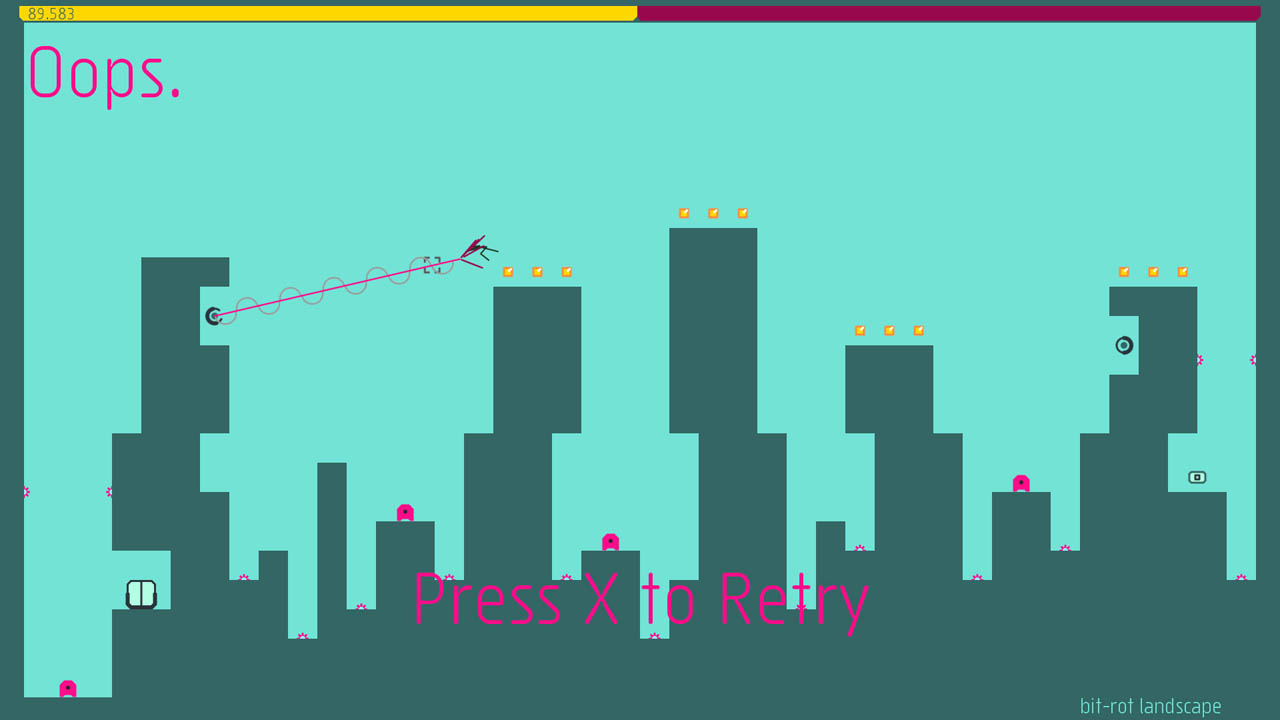 Solo mode is where the bulk of the content is at. With an introduction featuring 125 Levels, prepare to spend countless frustrating hours as you slowly stumble your way through it all. While it takes a while to truly get challenging, the wait is definitely worth it.

Co-op mode was by far my favourite. The Levels are all built from the ground up with Co-op in mind. They all involve working together in some capacity in order to get one player to the door. Quite amusingly, in many of the Levels working together takes the form of one player having to sacrifice themselves in order for the other to proceed. As long as you have a friend to play along with, you are sure to have a blast as you let the team down, accidentally get each other killed and finally make it through the struggle together. 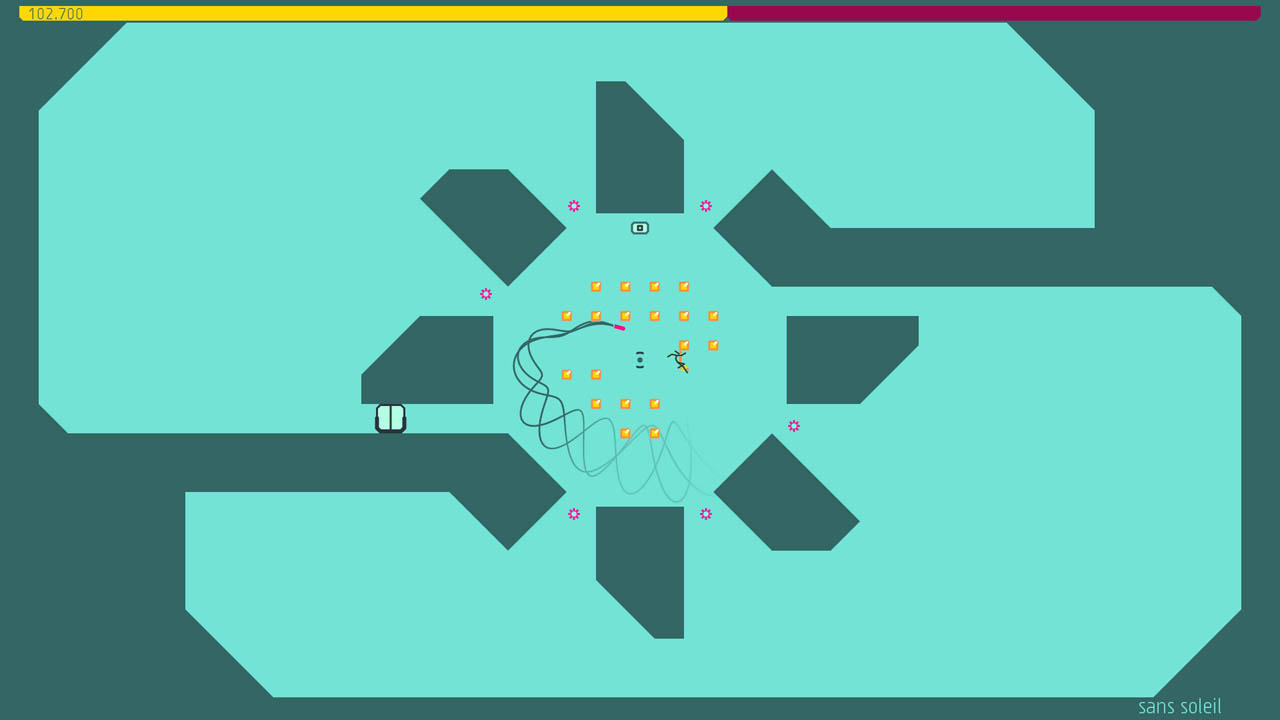 I found Race mode the least enjoyable of the three. This acts as the competitive local multiplayer mode. The objective is to have a full time bar and reach the exit first or just have the highest time bar at the end of the set of Levels. Collecting the gold is the key to winning. Despite my attempts it wasn’t something that really grabbed me.

In all the modes, the Levels are very well put together. The creativity of the Metanet Software really shines through providing for a great variety of Levels that never feel repetitive or dull.

If the standard Levels aren’t your thing, there is an easy to use Level creator to make something more suited to your taste. Whilst such modes sometimes falls flat, the simplicity of N++ makes it so anyone can make a Level that is somewhat decent. Jumping into the browser and viewing what some people have made is a true testimony to how the simple tools can be used to create somewhat elegant results. 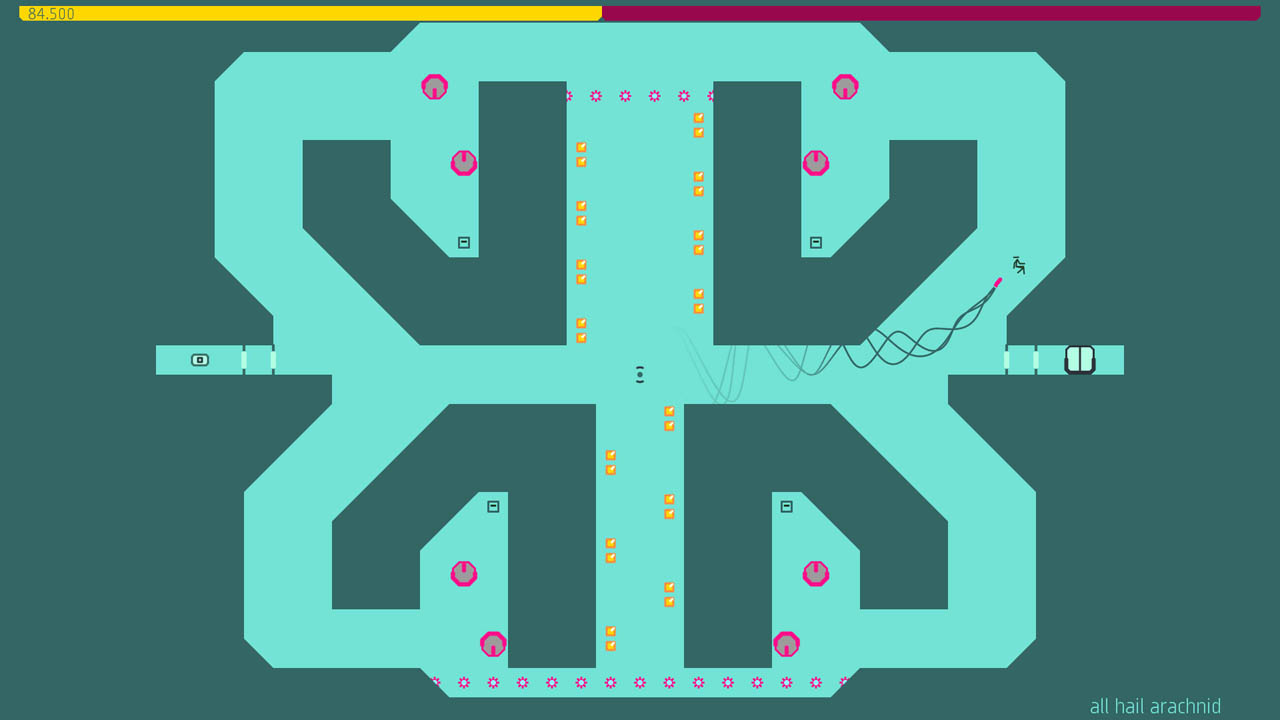 N++ opts for a very simplistic visual style. With a stick figure as the main character, entities reminiscent of the early era of gaming and wide selection of well suited colour palette to choose from, there is considerable charm in the visuals.

In the same way that you can easily change the colours, you can also change the music. The music selection available is simplistic and reminiscent of retro gaming. For better or for worse, the music does all sound a bit similar.

N++ is a game for those who love a challenge. Playing with a friend on one of the countless Levels specifically built for local Co-op is truly the best way to play N++. Patience and perseverance is a must for any of those who dare venture into this simplistic but addicting platformer.