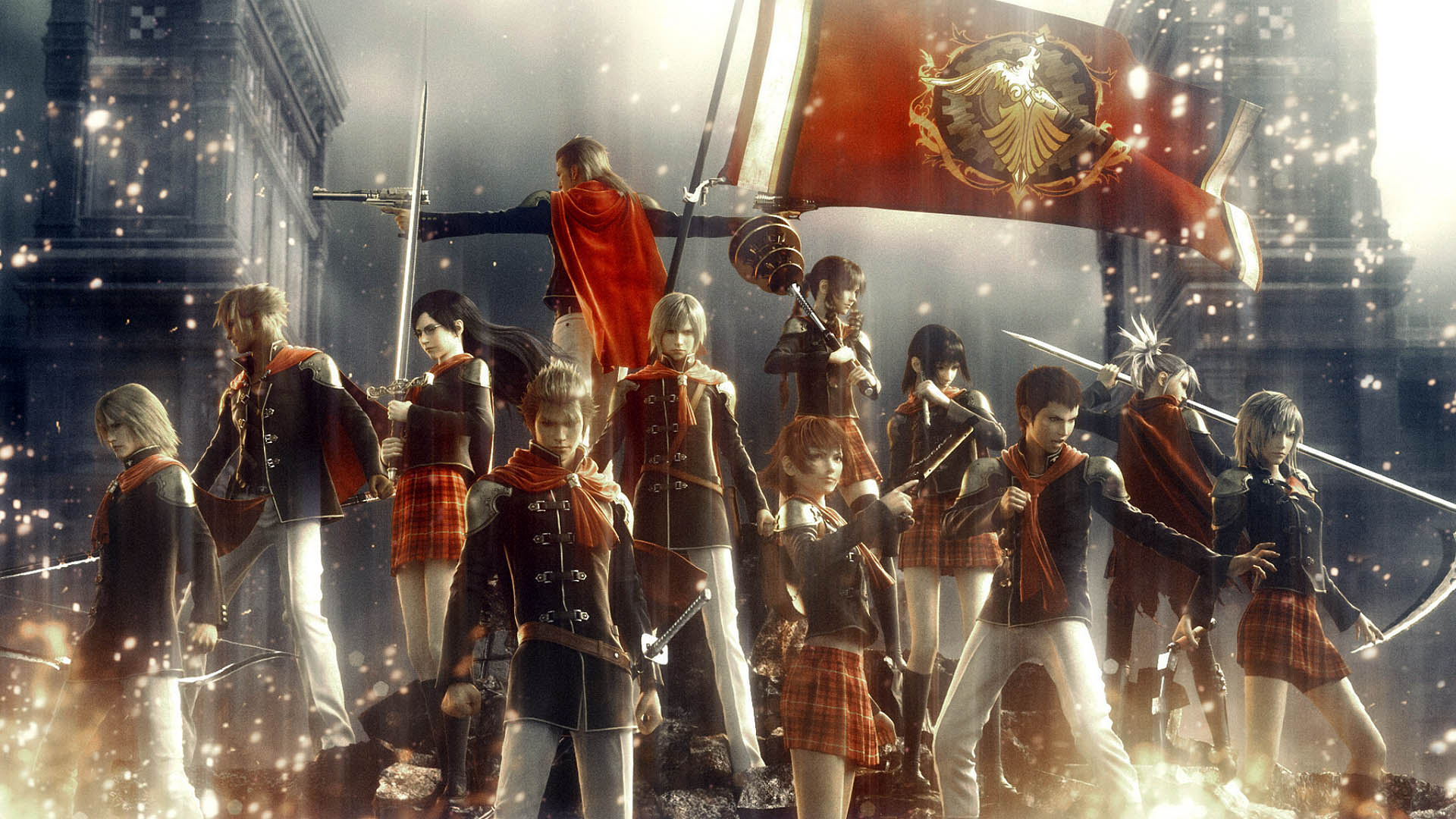 Final Fantasy Type-0 HD, as with most of the series, offers a unique experience in the JRGP genre. This action JRPG has a story based largely on war and the events that unfold around it. The game manages to capture and portray the emotional side of war well. There are moments in the story when I was a bit confused as to what’s actually going on but the general overlay was never lost on me which I have to say is a huge positive. 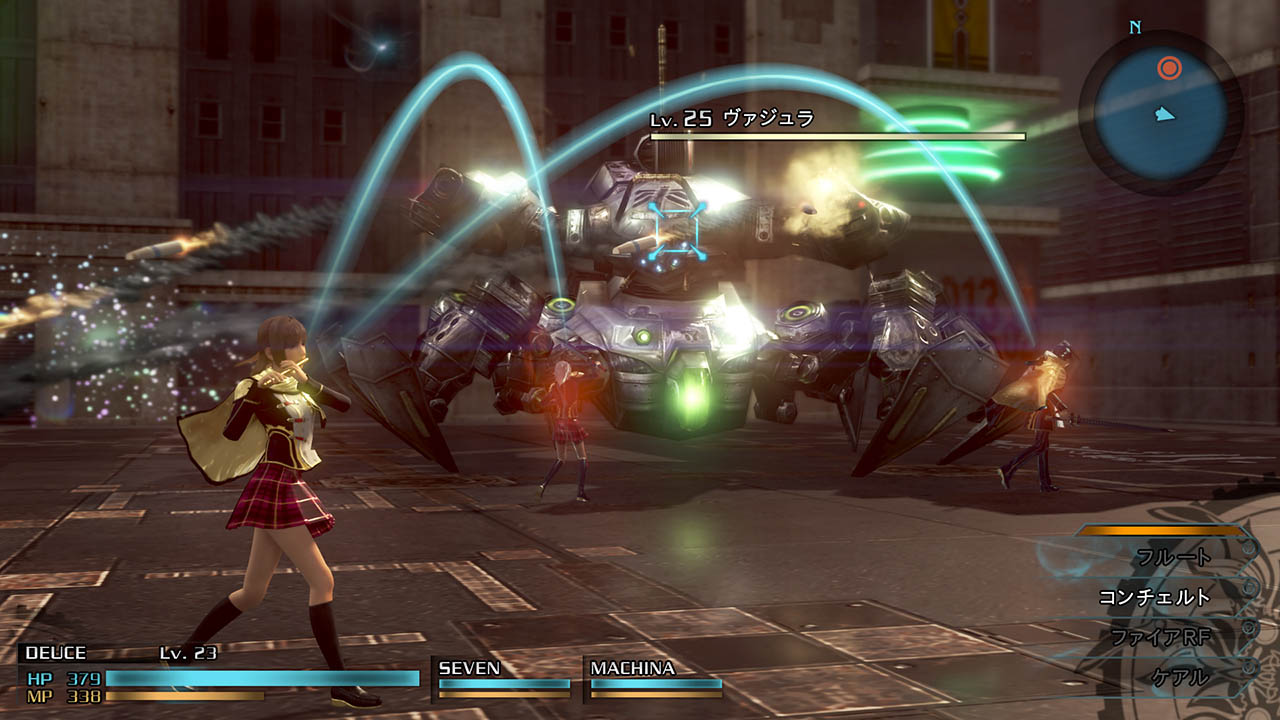 The universe is based around four magical crystals which give their followers certain magic powers and without the crystal this magic is unusable. There are four of these crystals, each with their own states in this fantasy land of Orience. One of the four crystal states, the Militesi Empire, has declared war the world and in doing so broken an age old treaty.

Type-0 has you playing as a group of special cadets, Class Zero, that have a unique bond with the Vermilion Bird Crystal and are able to use magic even when others cannot. As such you have been tasked with defending the Dominion of Rubrum against those from the Whiter Tiger Crystal state. 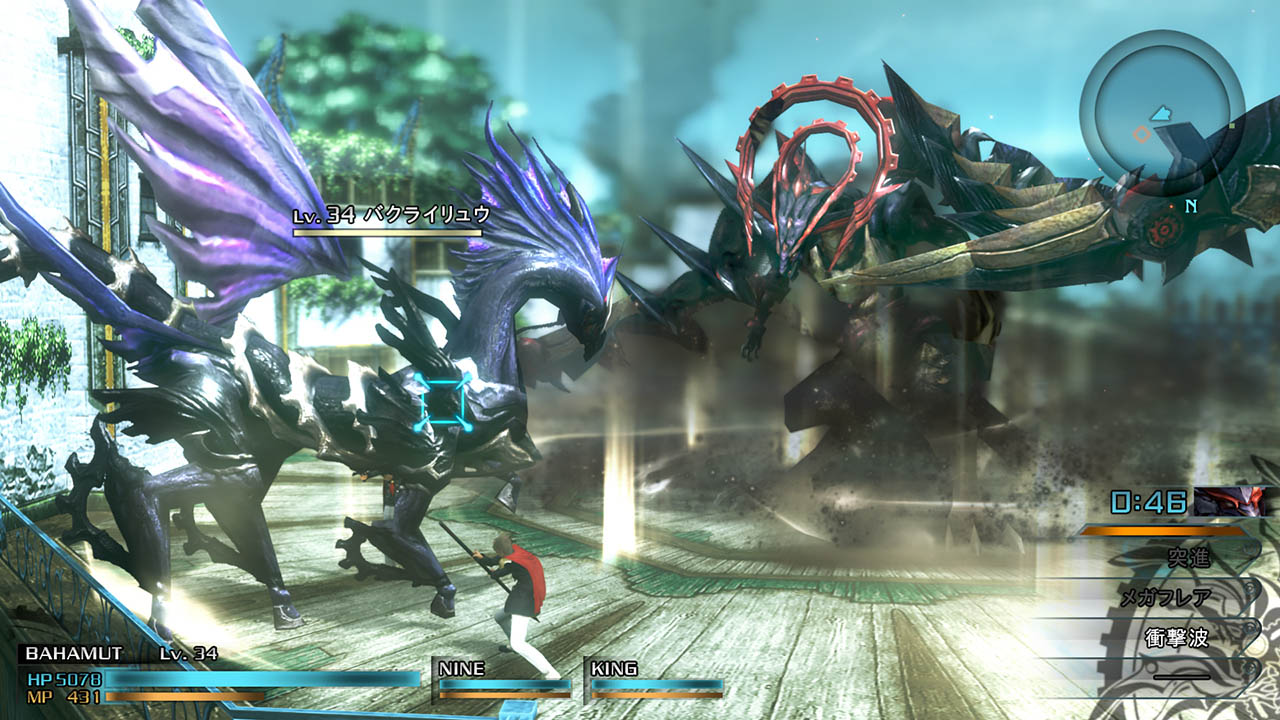 Final Fantasy games, to me, seem to have a bit of a hit and miss track record for combat mechanics.

Type-0 manages to be more so a hit. While it’s not great, it’s not all that bad either. It uses a real-time combat system with a lock on skill and several attacks and abilities to use. Both abilities and weapon type are dependent on the character you use allowing for a good variety to choose from.

I personally preferred the ranged weapons/abilities as it made steering clear of enemy fire that much easier. This isn’t to say the short range weapons aren’t fun or appealing. 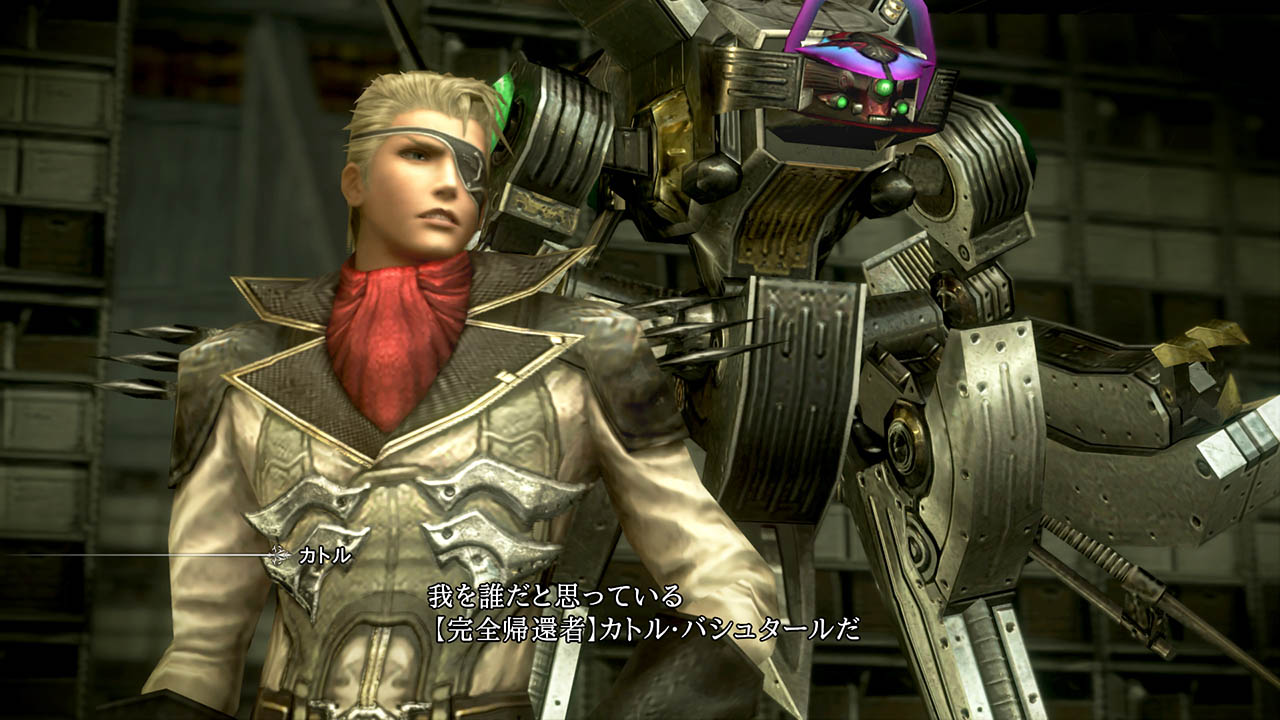 There are 14 cadets in all and you are free to choose which ever one you want as the main character at red save point crystals. When going out on a mission you then choose another two to join you and can swap between active members during the mission as you please. This was nice as it offers an opportunity to experiment with different character combinations and use different weapon types for a diverse combat experience if one ever gets stale.

You can also draw from a reserve pool of companions if either of your current three characters fall in battle. But if all 14 of them drop dead…well its game over. 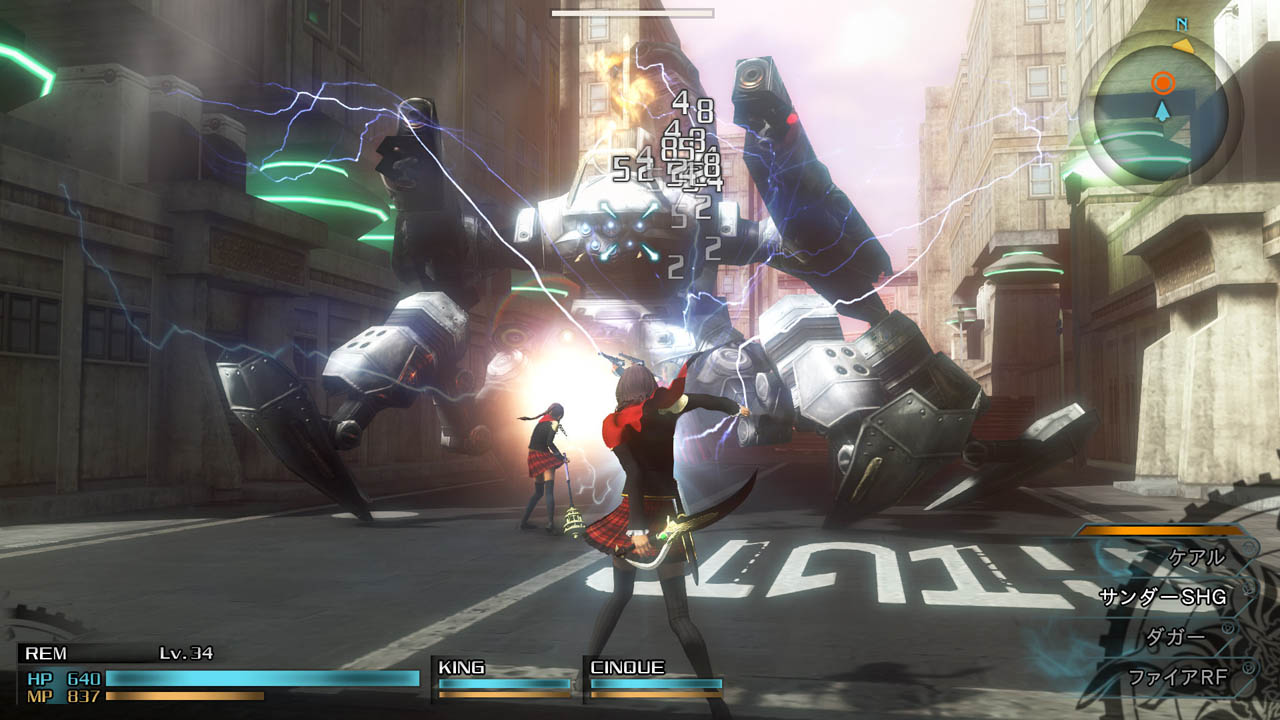 Characters level up and gain abilities as you use them. I felt the level up system isn’t as rewarding as I would have liked but this isn’t to say it’s broken. There are still enough abilities to unlock come level-up.

Magic abilities can be upgraded independent of level up by using special orbs collected from defeating enemies. This gives players plenty to spend their hard earned orbs on and motivation to keep collecting more. You do however need to balance levelling up all 14 characters or else as your reserve pool dwindles things can begin to go pear shaped to say the least. 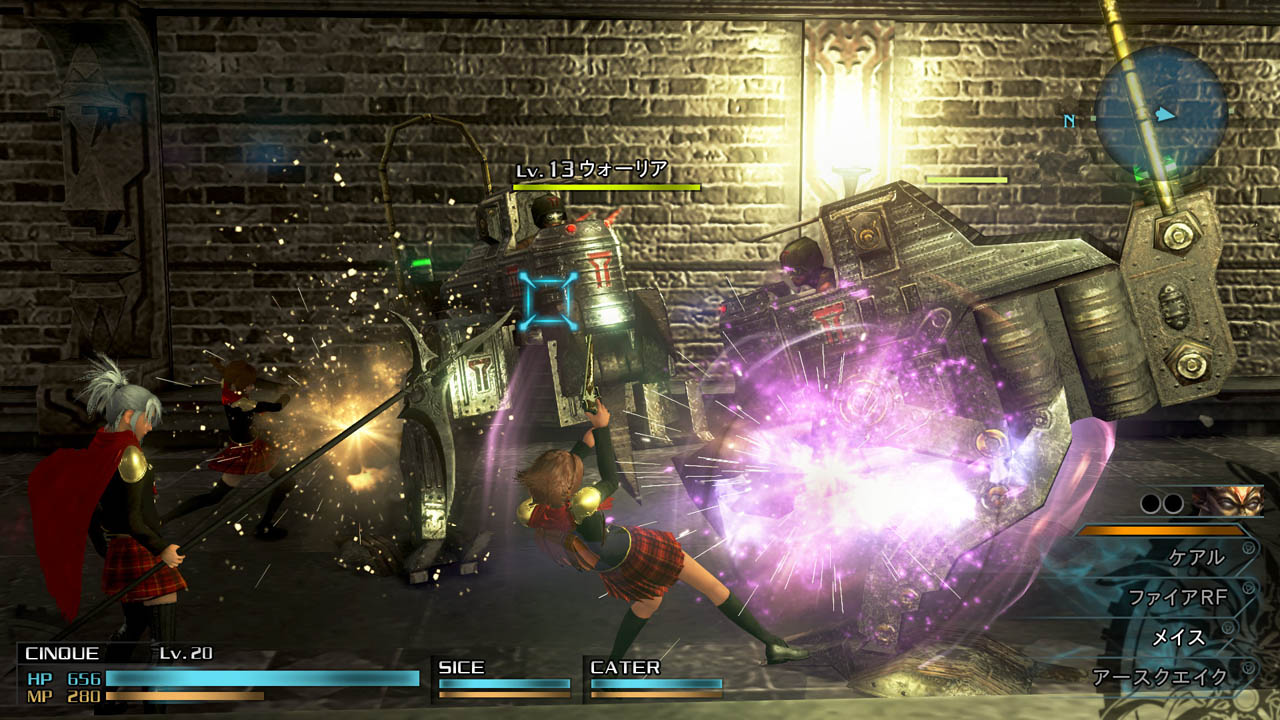 You and the rest of the cadets are stationed at the Dominion’s academy, Akademeia, and commence operations under a new commander. Here is where you rest up between main missions.

You are free to roam the halls of Akademeia and are given opportunity to do several things. There are always side quests to be completed for bonus items or experience. There are classes to upgrade some abilities and shops to purchase new gear. You can even breed chocobos that you can use when you head out again on missions. 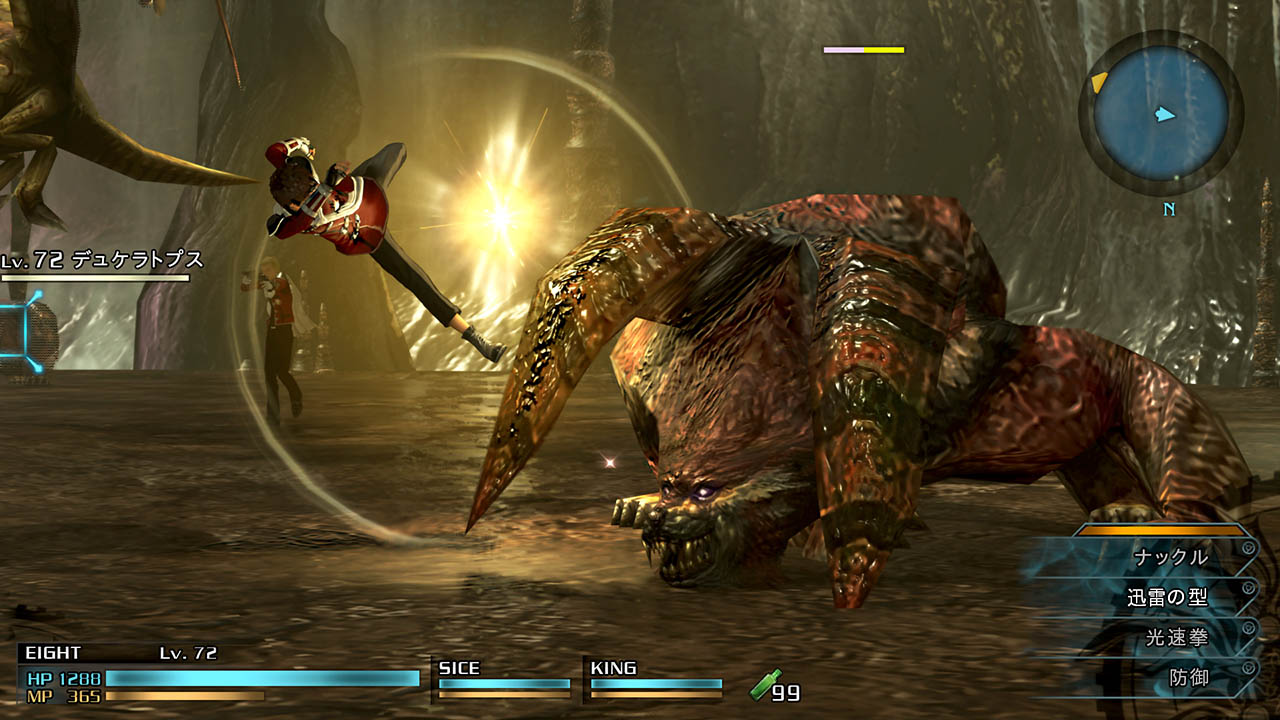 Commencing a mission will have you leave the safety of Akademeia and venture out onto an over map where you then need to journey, by foot or chocobo, to the destination (usually a city to be reclaimed). These weren’t however the only type of missions. While most instances will have you performing first hand military operations that involve attacking, defending or overthrowing a particular position, there are sections where this is not the case.

This will have you run around on the overlay map and assist in a more general take over alongside your home troops to help push back advancing troops and eventually overtake key points. There are different squads to deploy and a few different orders (as where to attack next) to give to out. I wouldn’t claim it’s very a sophisticated RTS system but is certainly provides for a different pace with in the game. 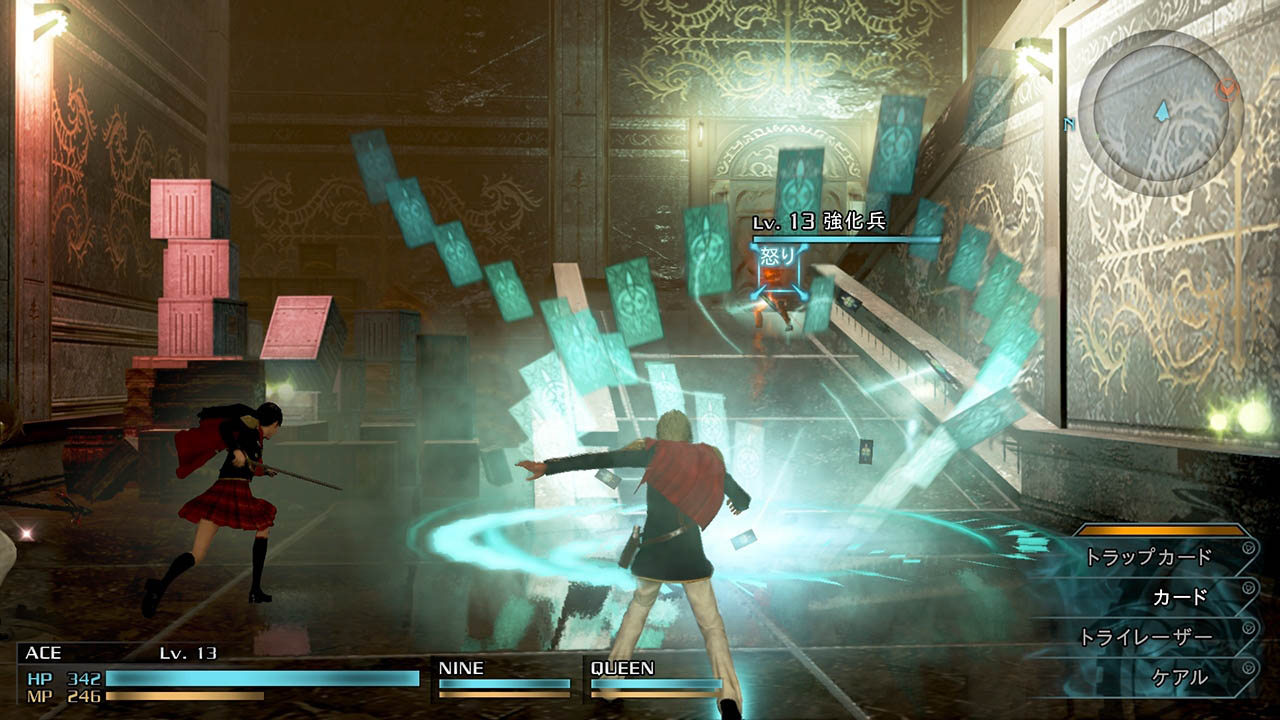 Whether roaming the land in or out of these RTS sections the landscape is a bit bland. The cities all look the same inside and out with few differentiating factors. Akademeia is the most ornate of the areas on offer. I realise this is a mighty old game and I should probably give it some credit for holding up as well as it does but adding HD to it doesn’t fix poor textures and barren landscapes.

Some consolation is when running around on foot you do come across random enemy encounters and here there is a bit more colour and variation to scenery. Not to mention many creations are recognisably from other entries in the series. This did make it more enjoyable, more for nostalgic reasons than anything else. 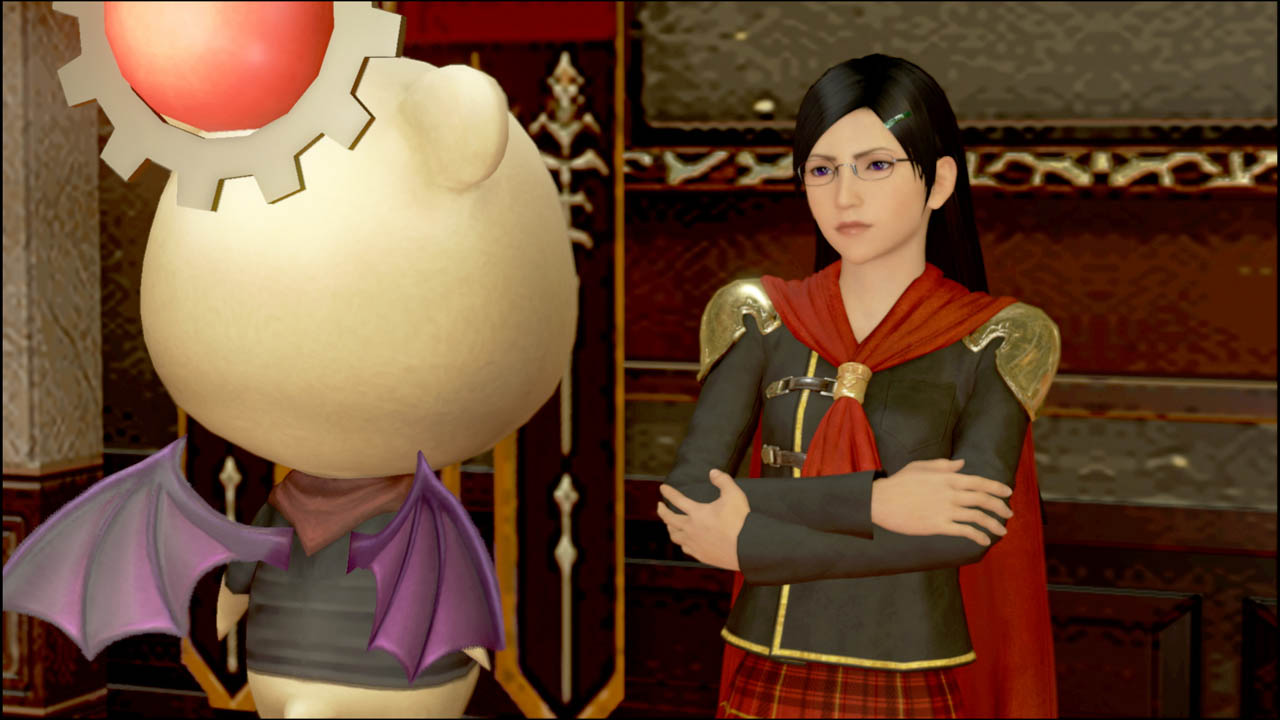 There are definitely a few other aspects that resonate other instalments in the franchise. At a certain point you unlock the ability to summon magical creatures to aid you in battle, this is somewhat a staple to the series. The music on the other hand has distinct Final Fantasy XIV notes to it. Not that I’m complaining as I loved it and the other instalments.

Final Fantasy Type-0 is a much faster paced, action focused JRPG than I’ve seen in while. I’m glad, for whatever the reason, Square Enix decided to share this little creation with the rest of world. There are many hours or enjoyable and diverse gameplay to experience. 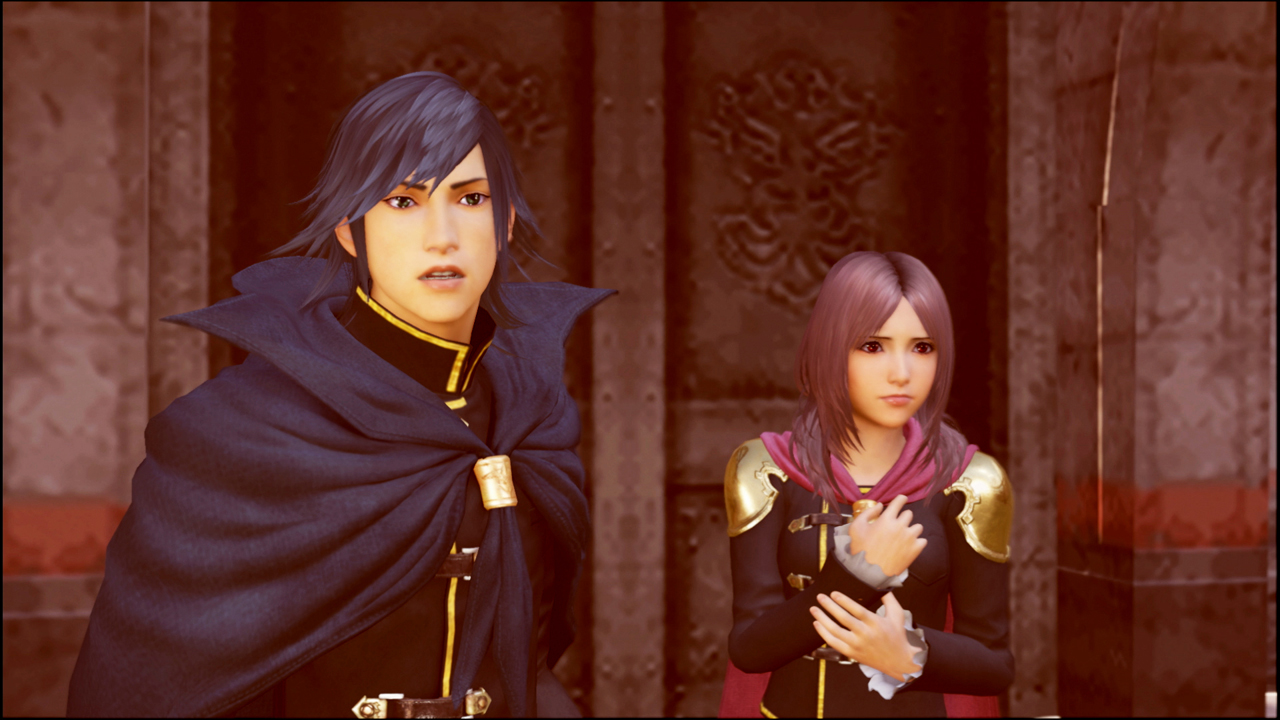 The story while having war theme, sticks well to its ideas and conveys characters affected by such a situation reasonably well. So if you are a fan of the series of even JRPGs Final Fantasy Type-0 HD certainly has something to offer.