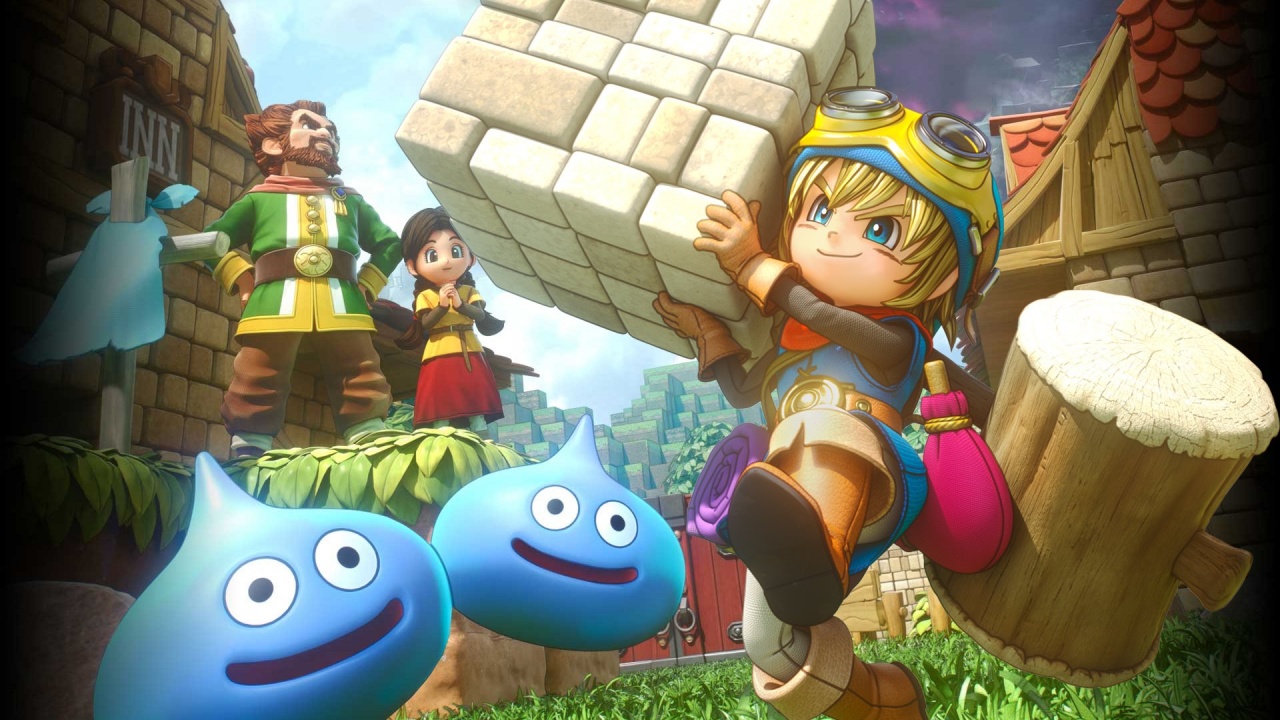 For many years I wondered why there weren’t more Minecraft.

Not the series specifically, but other series that incorporated the game’s style and aesthetic, converting it into something new. The industry does this all the time, but it seemed as if nobody could find a way to make the Minecraft style work in a way that is new. Well nobody could until Dragon Quest Builders.

For those who aren’t aware, Dragon Quest is a long running JRPG series that has seen many console generations, and many fans, but don’t let that discourage you. Even though I only played my first Dragon Quest game recently, about the only thing the game appeared to share is some world elements such as monsters and character design. 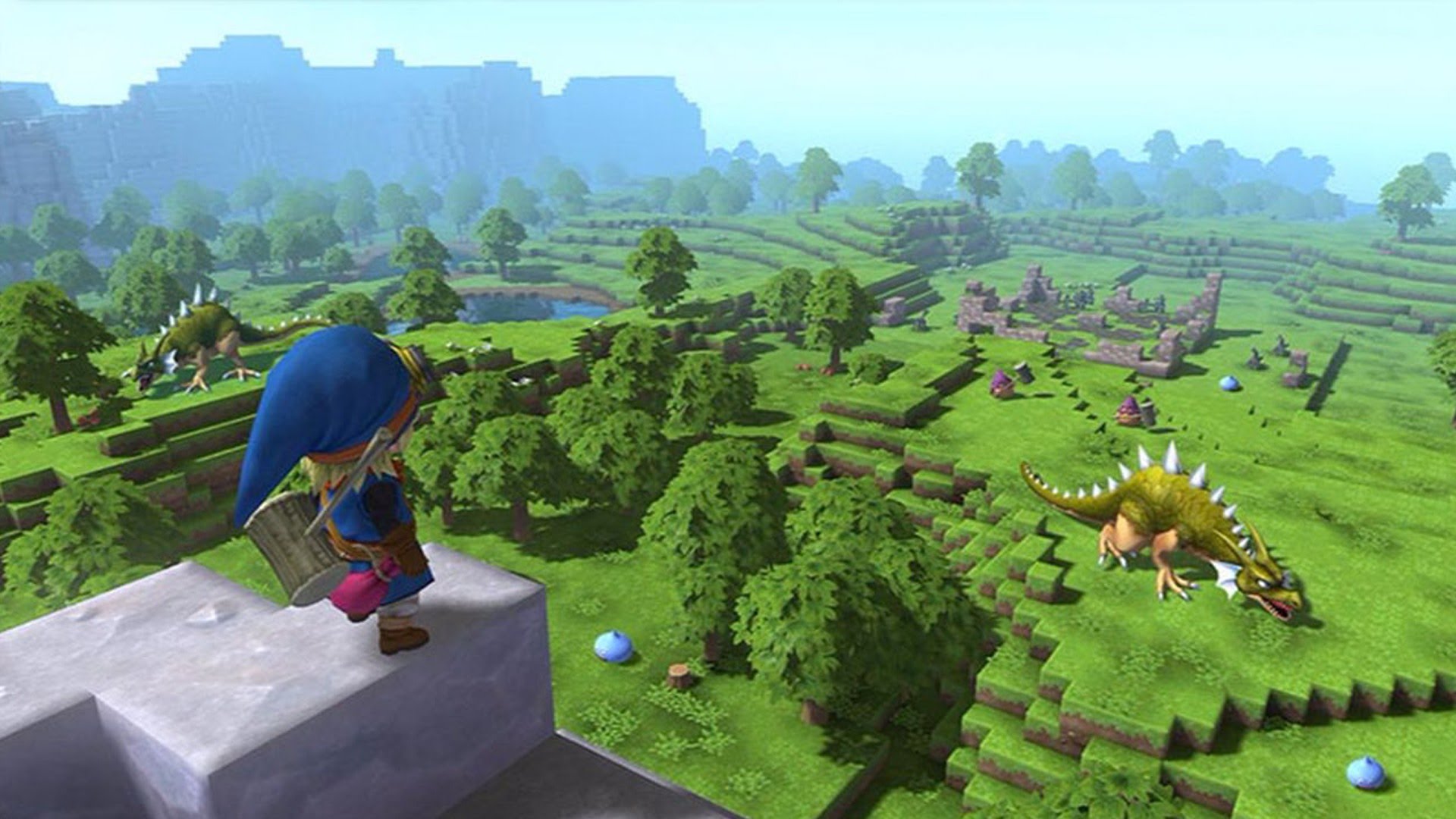 The game has you play as a protagonist who wakes up without any memory. Pointed to a town, you discover ruins, and nobody knows, or can even comprehend, building anymore. Though this plot element gets loose at times, the general gist is you enter the ruins of a town and show people how to build. You keep rebuilding the town and recruiting until the town gets a high enough level to advance the plot.

The minute to minute gameplay is identical to Minecraft, though in third person view.

You can hack out dirt, and stack it, build tools to get better minerals from rocks, make better tools and furniture. It differs though with nuances such as blueprints to help build specific structures, and the leveling system.

The building area levels up as you build new things, such as empty rooms or bedrooms. These can be done on the fly, for example you may build an empty room, then put the right objects in, and it becomes a basic bedroom. As this is done it will level your town up, via new rooms, more advanced rooms and structures, and placing fancy objects around the place. 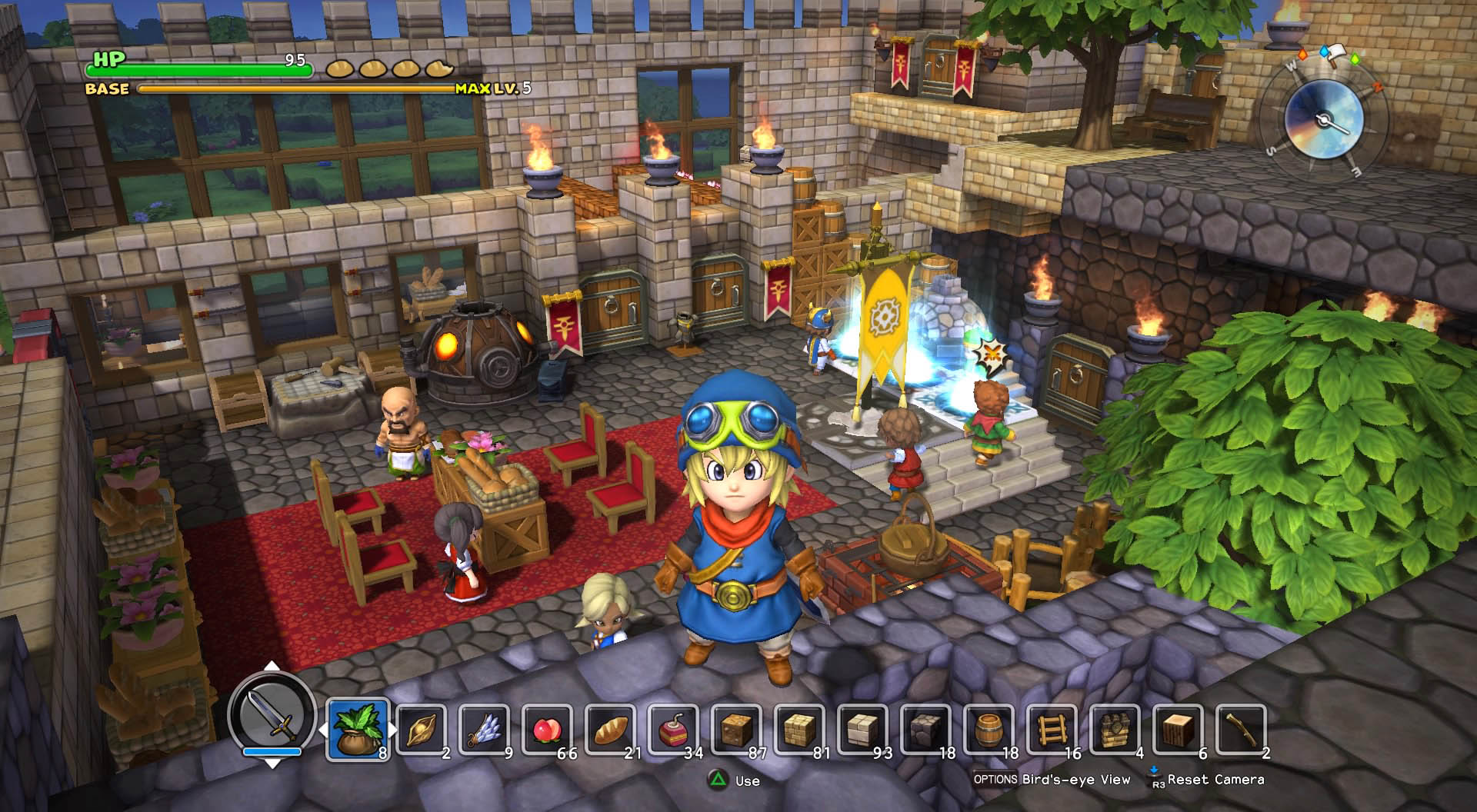 As you level up the story continues, where eventually you move to a new chapter, where you basically start again but in a different location with different objects. To fill in time you will be able to do side quests which will reward you with things such as new recipes or new members of your town. These are entertaining until combat is involved.

Combat in the game is terrible. Running around and slashing, while trying to avoid enemies is boring. Fortunately, if you build enough defenses a lot of the attacking challenges will be done for you. Completing side quests, or even exploring means you need to get stuck into the bad hacking and slashing.

Another issue the game has is with its camera angles. Because it is in the third person, when you move into rooms, the camera can sit uncomfortably outside meaning you can’t see your character. You can then change the zoom, but then the camera can wind up stuck in wall. Generally, this isn’t too much of an issue, however small rooms with roofs can be painful. 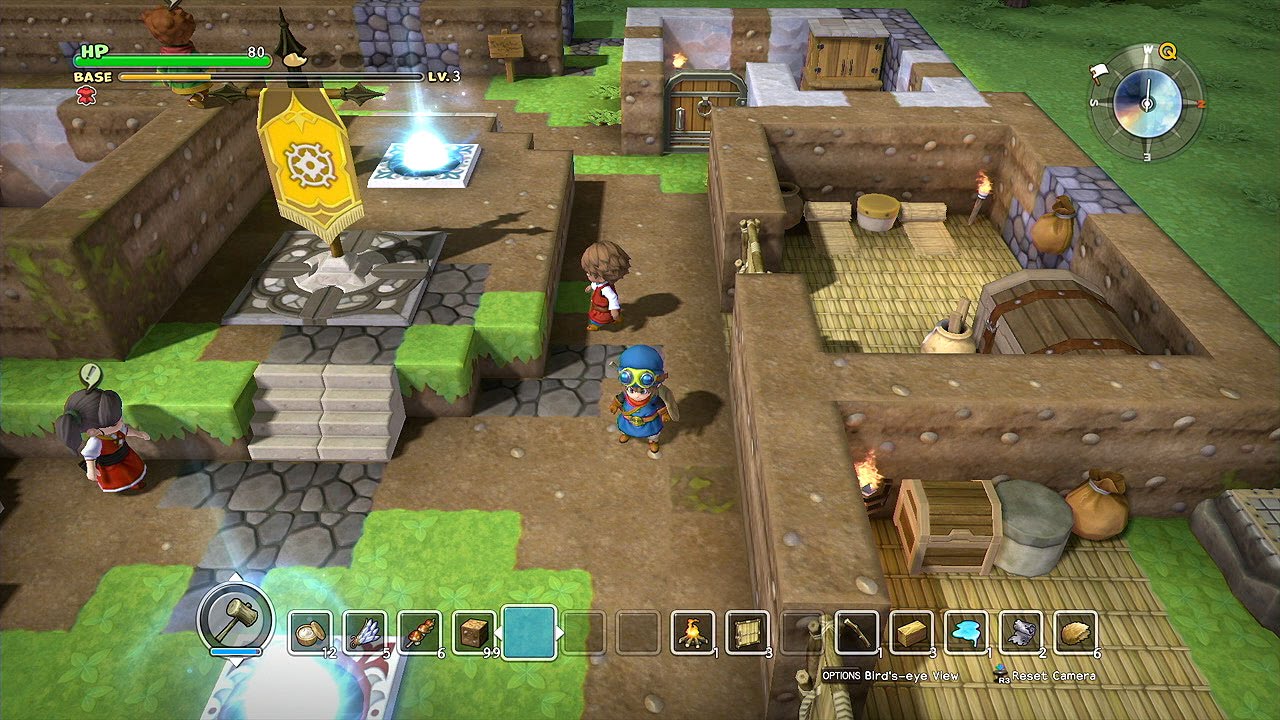 A mechanic I would have been happy to see the creators not pull from Minecraft would have been the hunger mechanic. Where your hungriness is represented with pictures of bread beside your health. If it drops to zero, you start losing health. It’s an unnecessary thing to worry about during the game, but it’s not a big deal as cooking food is easy enough.

The most interesting thing the game does though is mix the Minecraft blocky aesthetic for the world, with the Dragon Quest / normal objects looking as you would expect in any other game.

Minecraft kept it all blocky, so to see blocky mixed with normal proportions is different, but awesome. 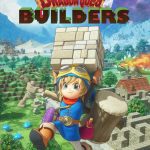