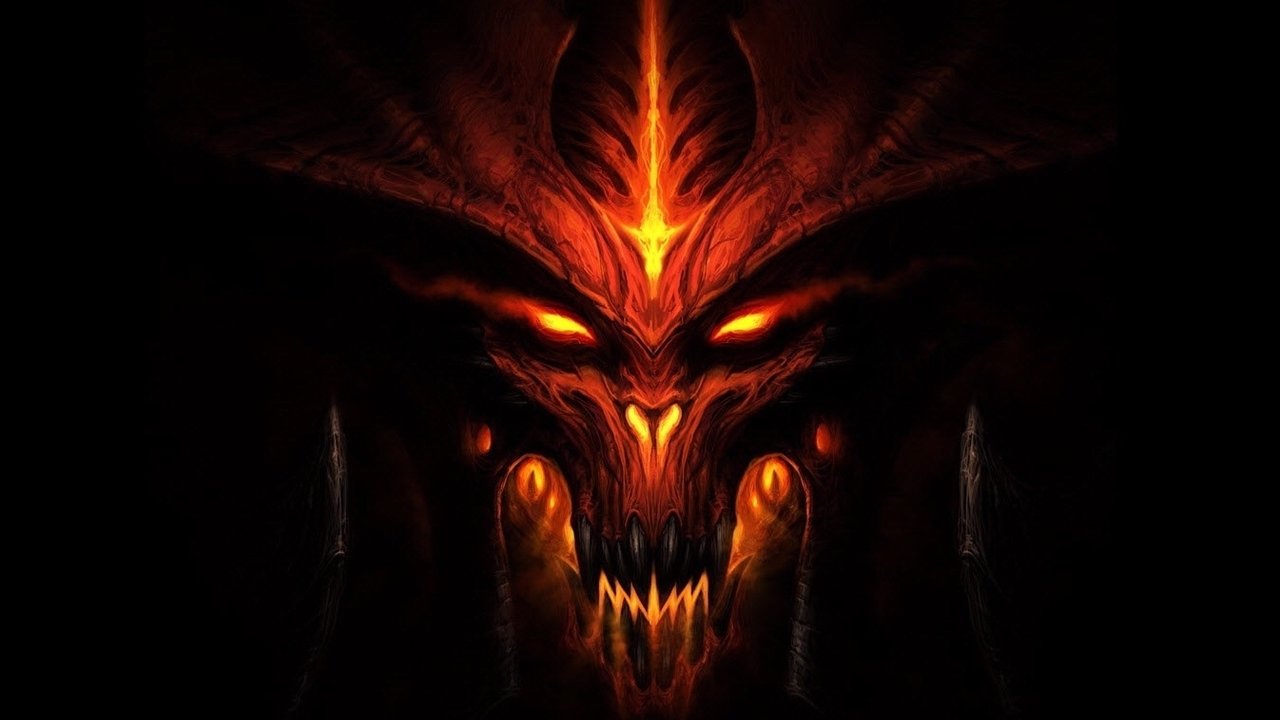 Diablo rises yet again, but this time round you can defeat the devil himself anywhere and everywhere, whenever you like.

A year later followed the console version in 2013 and DLC’s over subsequent years that just kept the demon hunting and cavern pillaging going.

Diablo III picks up the story some twenty years after the second instalment. You are placed in Sanctuary, a fantasy world that is overrun with Angels, Demons and swathes of the undead. You assist Leah who tried desperately to save her Uncle, Deckard Cain, a n old seer that foretold of Diablo’s uprise and the impending darkness that was about to ravage their world.

Yourself, a stranger to these lands is asked by Leah to assist in tracking down the source of the carnage… and all roads lead to hell. 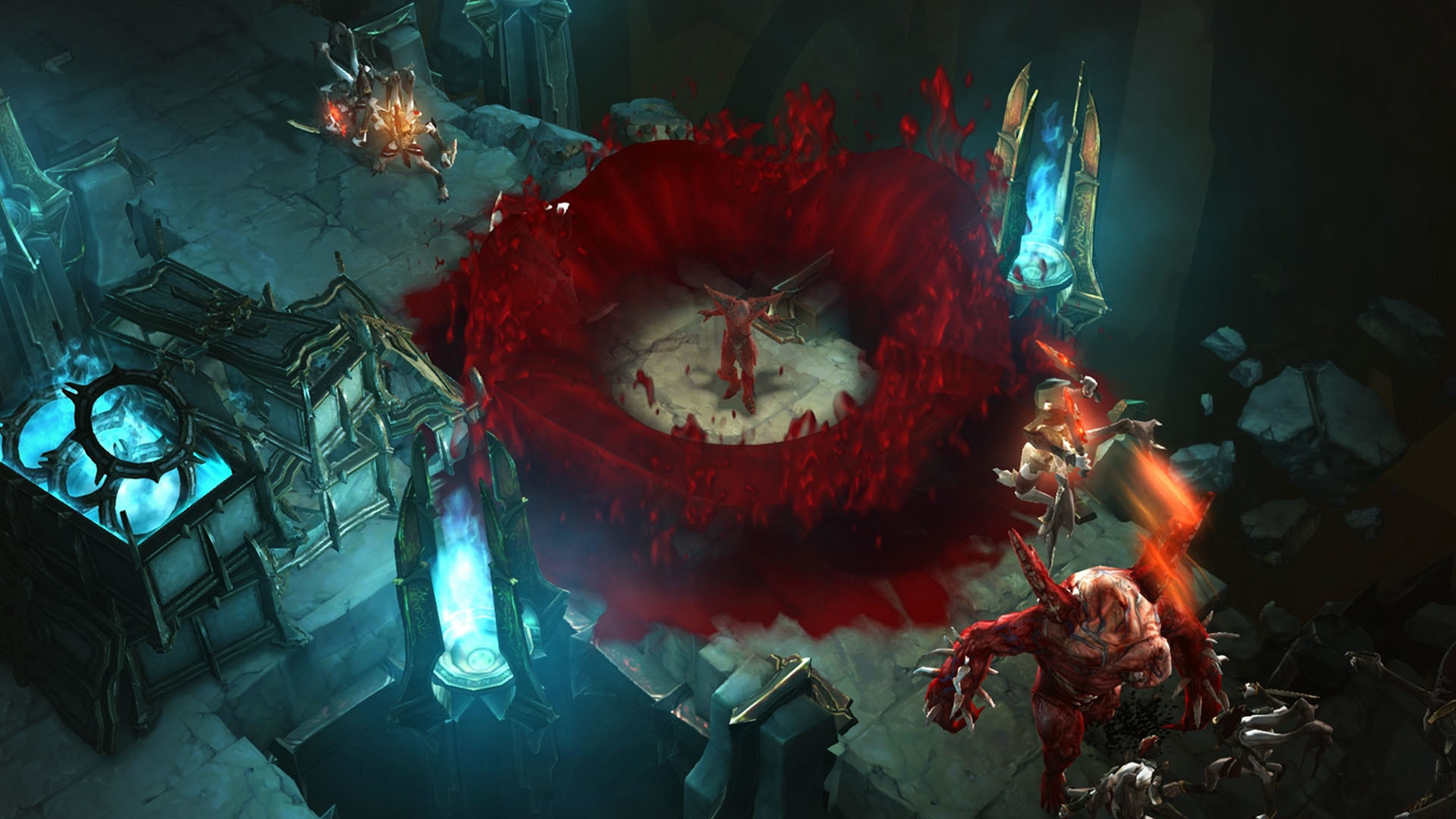 Diablo III – Eternal Collection sees eight selectable characters all available from the get go, each character has their unique skills, weapons and armour. Barbarian, Crusader, Demon Hunter, Monk, Necromancer, Witch Doctor, Necromancer and Reaper are all there from the start – each also having their own backstory, which comes in to the narrative of the game at times aswell.

The dungeon crawling RPG will see you killing hordes of enemies across vast maps and varying locales, collecting loot and gear, Levelling Up your abilities, picking up side Missions and ultimately facing off against the mighty Diablo.

The Nintendo Switch version; Diablo III – Eternal Collection  is the currently up to date, complete edition with all of the DLC’s included; Necromancer and Reaper of Souls and all content which includes 7 classes, 5 acts, and seasons upon seasons worth of gameplay and demon-smashing goodness. 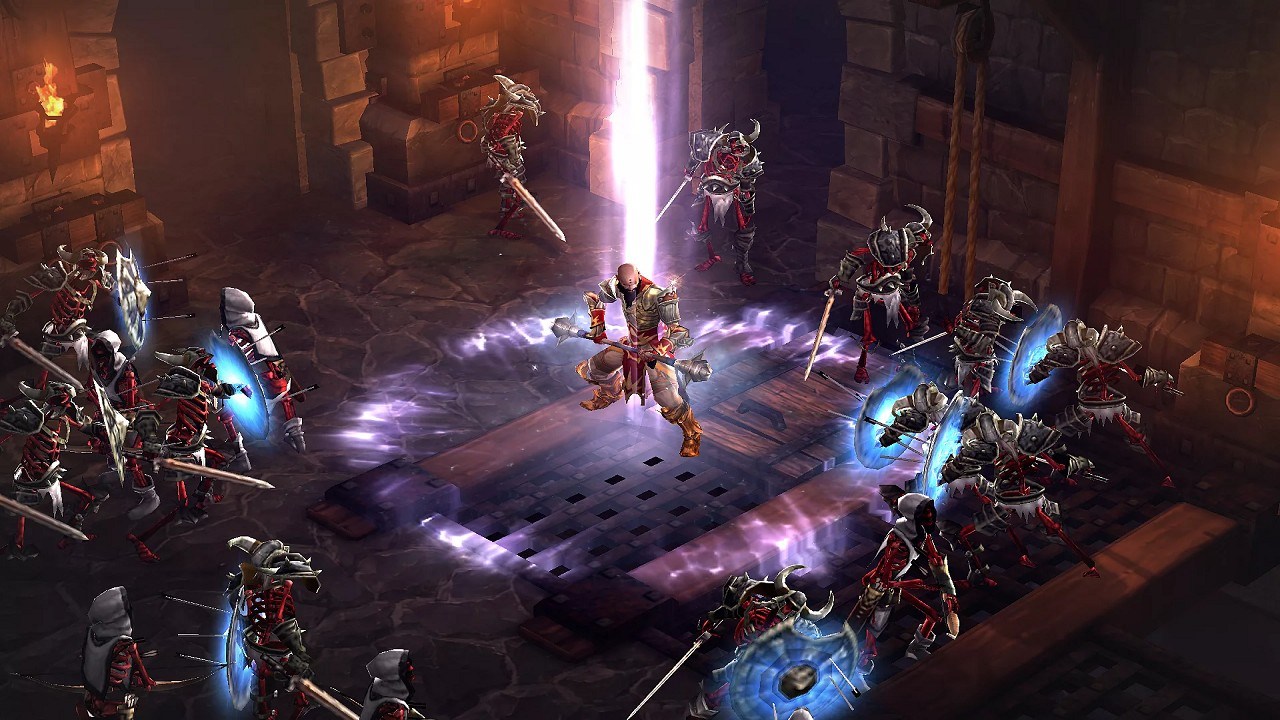 Aptly named The Eternal Collection, this complete edition for Switch, is endless play – especially if you go online.

Diablo III (even without the expansions) had a solid single player / offline campaign that was 80+ hours to get through (if you’re a completest like me). Add in the DLC’s and unlockables after you complete the game then you’re going to be set for a very long time.

There are Nintendo Switch exclusives included. You will find shards of Zelda’s sword throughout the world of Sanctuary. Also included is the Cucco companion pet, a Triforce portrait frame, and an exclusive transmogrification set that will let your heroes sport Ganondorf’s iconic armor. Oh, there’s also the unique cosmetic wings. 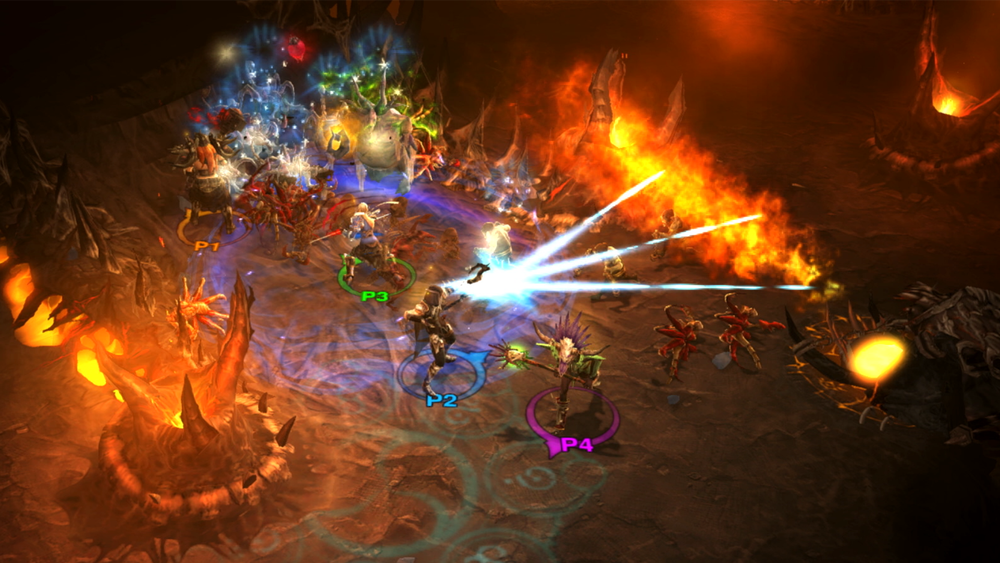 Nintendo’s hybrid console, Switch, continually amazes and impresses me over again as to what the console can handle.

The likes of Doom and Wolfenstein II were an astounding port in their own right – but here we have a massive RPG that plays seamlessly.

On dock mode (when on a bigger screen) you will notice some of the graphical compromises in the FMV / in-game cinematics. While I noticed, and others will too, it is fair to overlook this, as it does not affect gameplay and is totally understandable given the size and endless game content included and crunched on to a cartridge. 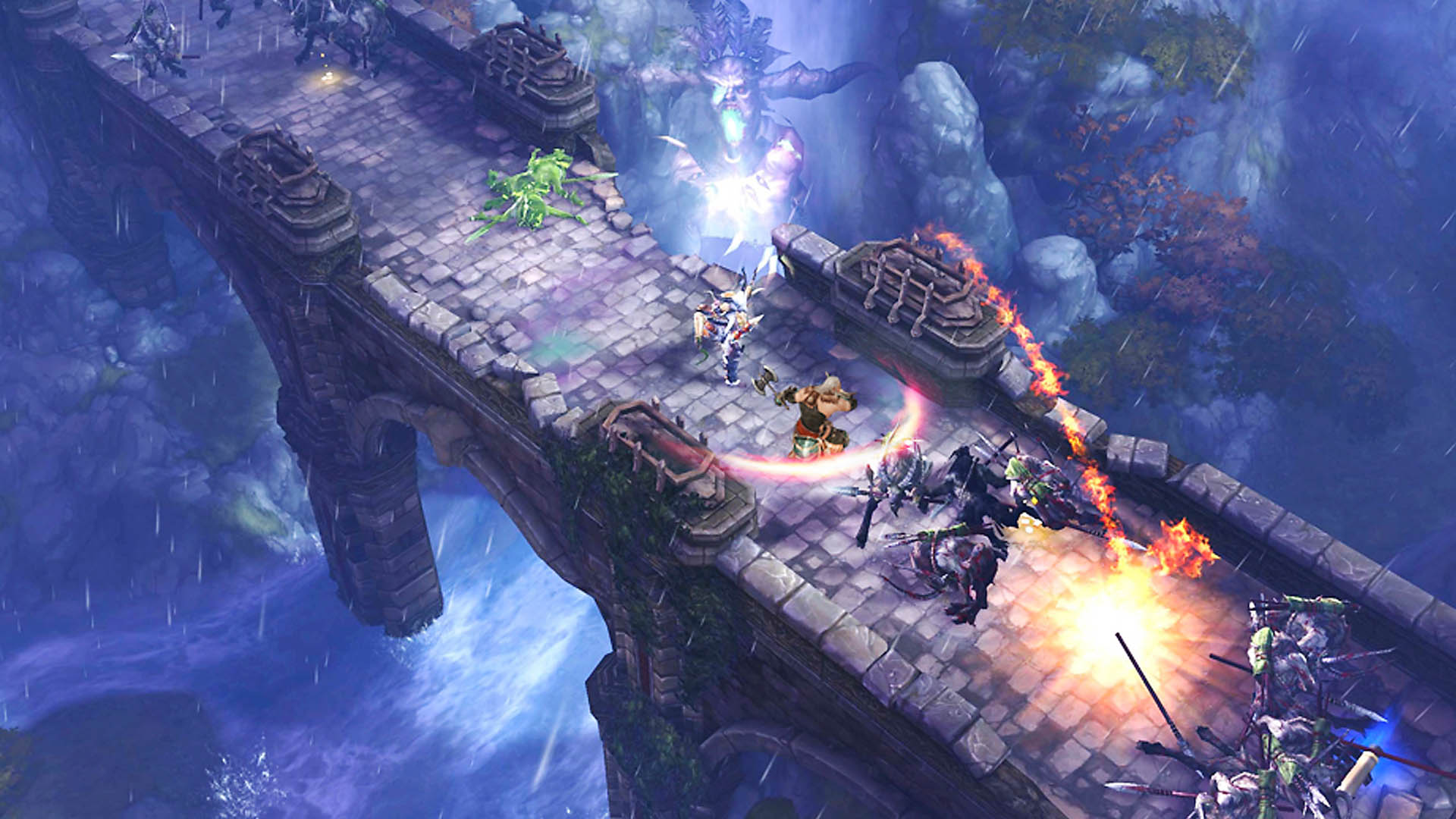 While hardcore Diablo fans vented discontent at no Diablo 4 being announced at this year’s Blizzcon – and the sorrow-filled gasps that Diablo was instead being ported to mobile, they need to equip themselves with a Switch and get back in to the third instalment.

Diablo III – Eternal Collection is the ULTIMATE Nintendo Switch game to own.