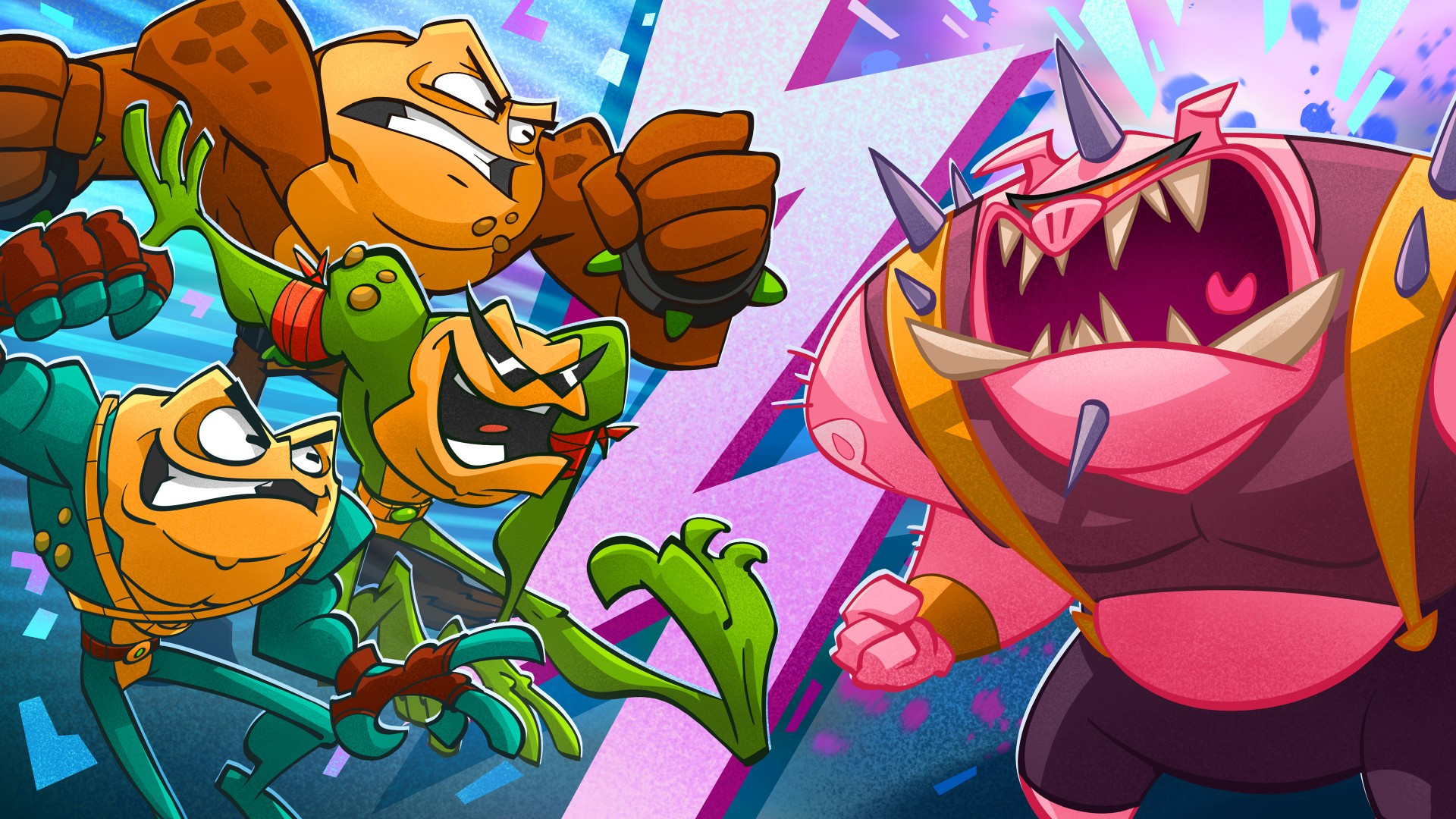 Battletoads (2020) is a disappointing remake that needed more time and budget, and a little bit of that Rare charm.  After more than twenty five years since the last release of Battletoads game (for the SNES!) the long-awaited successor of one of Rare’s cult classics is back.

But it shouldn’t be.

Battletoads, out for Xbox and Microsoft Windows needs more time in the oven and more budget to make this feel like a cohesive whole.

You play as the eponymous Battletoads as they seek to reclaim their stardom, lost as they have been locked in a basement for 26 years. So off they travel throughout the universe on their way to glory, and perhaps fame. Basically it’s an excuse to walk left to right beating up anyone who gets in your way, though they do try at times to flesh out some of the characters. The writing is mixed, with some genuinely funny, tongue-in-cheek lines, while others felt a bit flat. 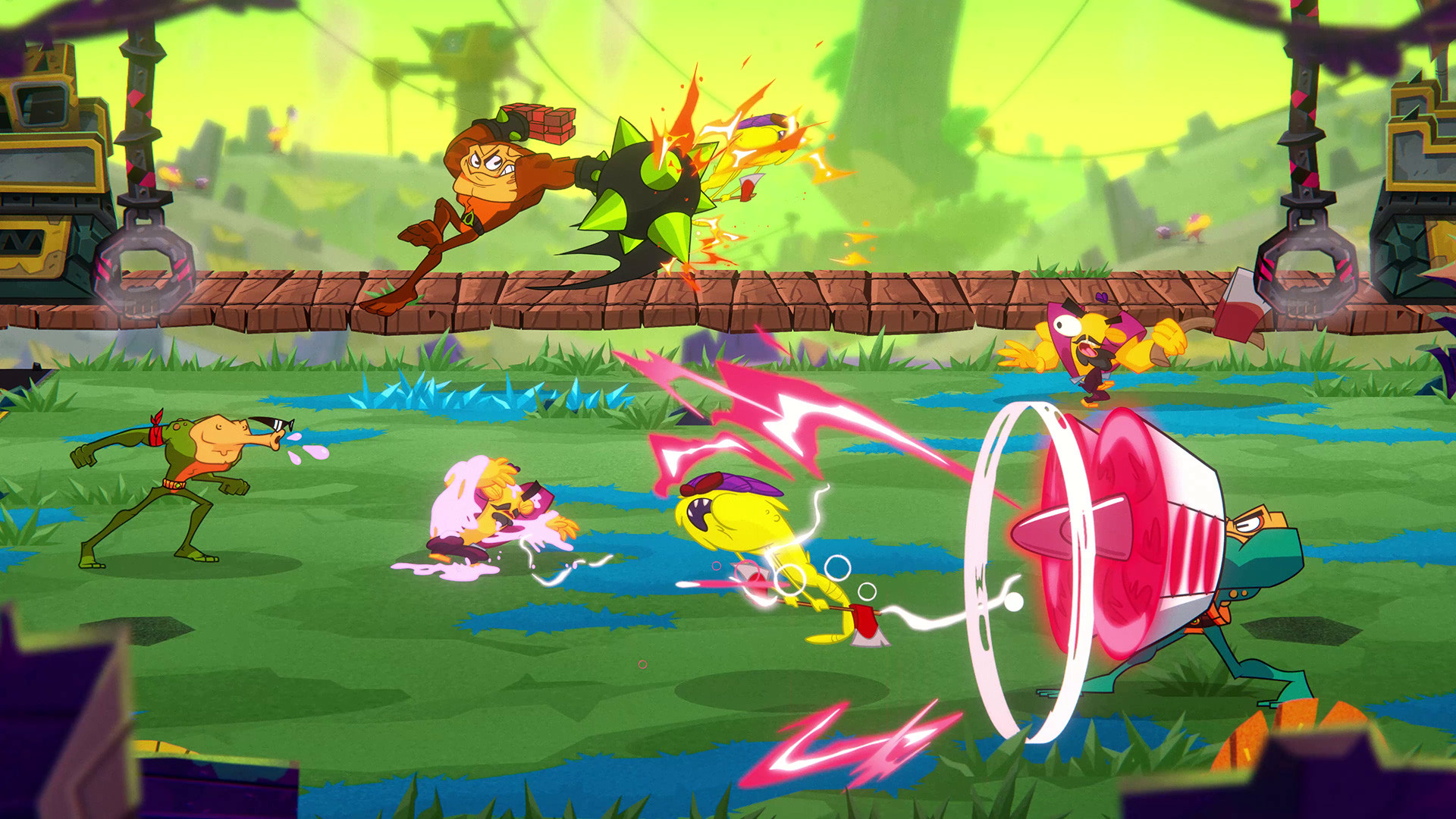 While I played mainly by myself, you can play with two or three players. However, two players are balanced for three players seemingly. With two players connected, the number of enemies goes way up, and besides the constant cheap-feeling shots thrown at you (more on that later), there is simply too much going on on one screen to be able to clearly read the room.

One player however can cycle through the three toads – when one toad is knocked out, they will be out for 15 seconds before coming back with half health. You can tag in the other two toads at any time. But with two people that backup is down to one, so it is much easier to “run out” of an available toad, leaving you at a game over screen. 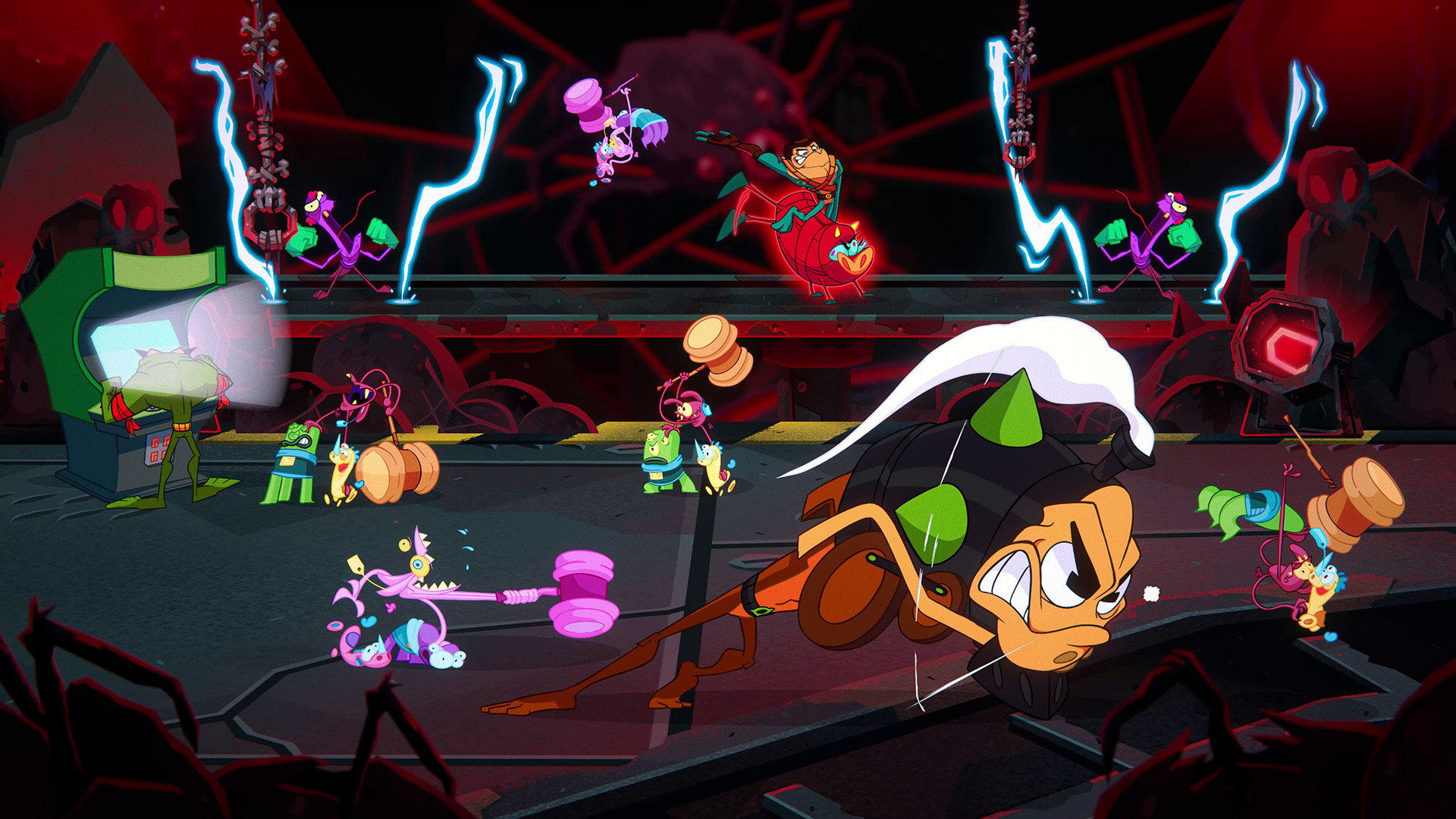 A key frustration of mine playing Battletoads is that you cannot cancel a combo, but enemy attacks can knock you out of a combo. This means you can start a great combo against someone but halfway through they can decide to break it all with just a simple light attack, or a projectile shot from across the screen that didn’t exist before you committed to a combo. What this all adds up to is you not knowing the consequences of what you do. If I attack this guy over here, will I be hit in the back by a basically unstoppable projectile? If I go start moving towards some health, will I be hit in the back?

Speaking of, even on the normal difficulty this is an extremely hard game. Enemies routinely knock you for six, and the flies that rejuvenate your health only add a sliver back to your health bar. 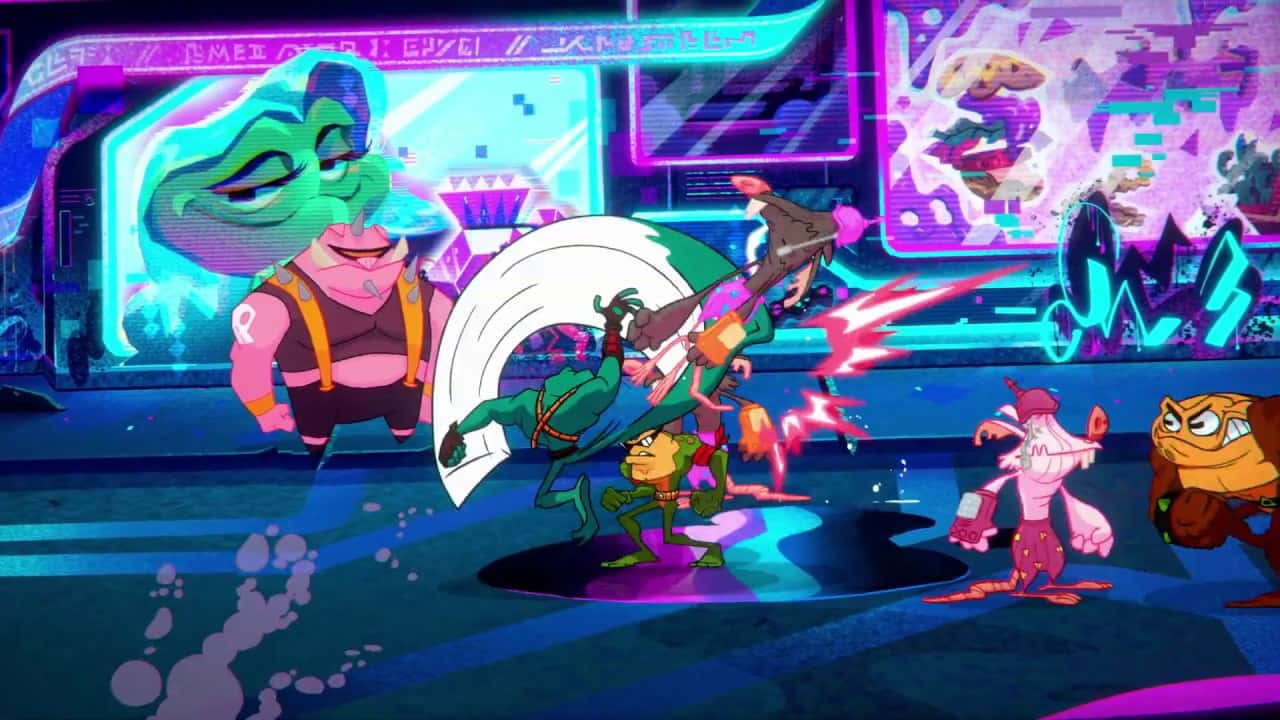 The 2D.5 art style here doesn’t help sometimes as well. It was extremely difficult for me to tell where exactly projectiles (axes, ice cream, alien plasma guns) were in 3D space, and I would routinely run into them when I thought I had moved safely out of the way.

Crowd management therefore becomes the number one priority in any encounter, taking out projectile targets, pinning down others and grappling yourself to some of the more sneaky enemies. But this takes up too much of each encounter, and there’s often too many enemies on screen for you to really account for everyone.

This is compounded by the absurd amount of health each enemy has. Now I don’t expect each enemy to go down straight away, but it seemed each enemy my toads faced had about double the health than they should have (bosses excepted, who seemed more reasonable). 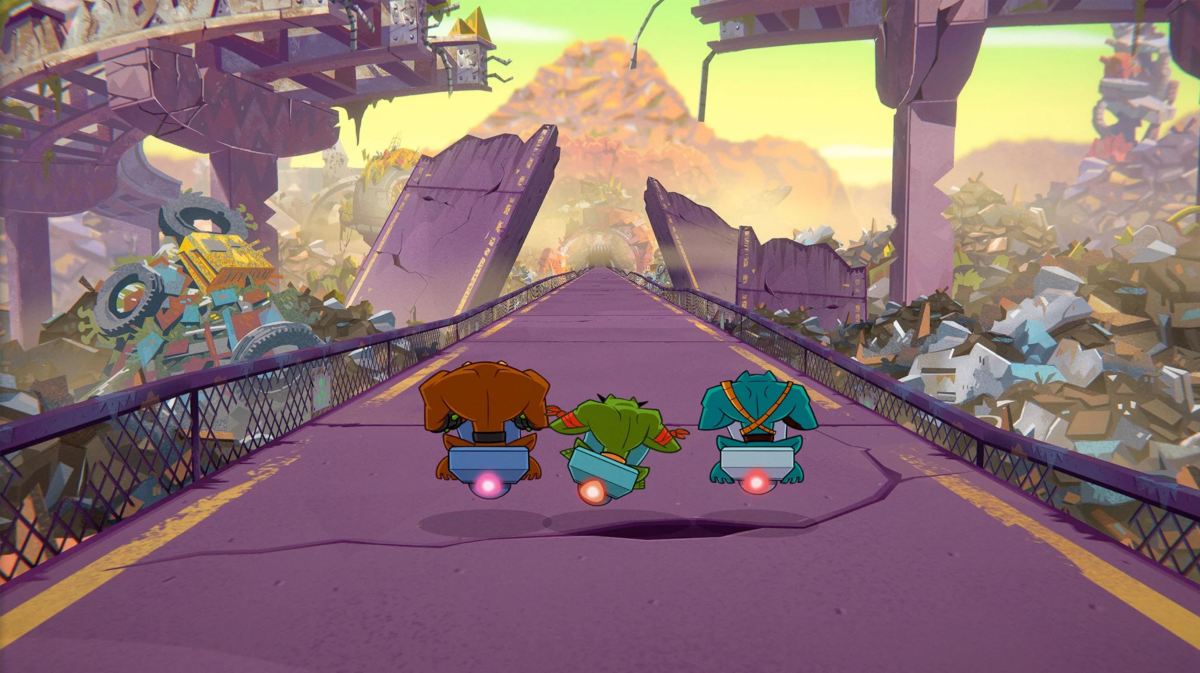 One saving grace is the music, which is solid throughout the experience. It is nice to hear classic Battletoads themes in full musical recordings, rather than sample-based approach of the SNES audio hardware. But it hardly approaches the excellent Streets of Rage 4 soundtrack, which set new levels and expectations upon its release earlier this year.

Speaking of, Battletoads does feature a nice art style reminiscent of Streets of Rage 4, with clean, flat lines and fairly distinctive enemy designs. The transformation moves, some of the most powerful attacks where your toad transforms into, say, a train look great, and have an air reminiscent of Cuphead.

But the voiceovers seem particularly unpolished, like someone used the placeholder lines in the final product. The voiceover artists sound tired, and bewildered by their lines just as much as I was watching them repeat them unenthusiastically. 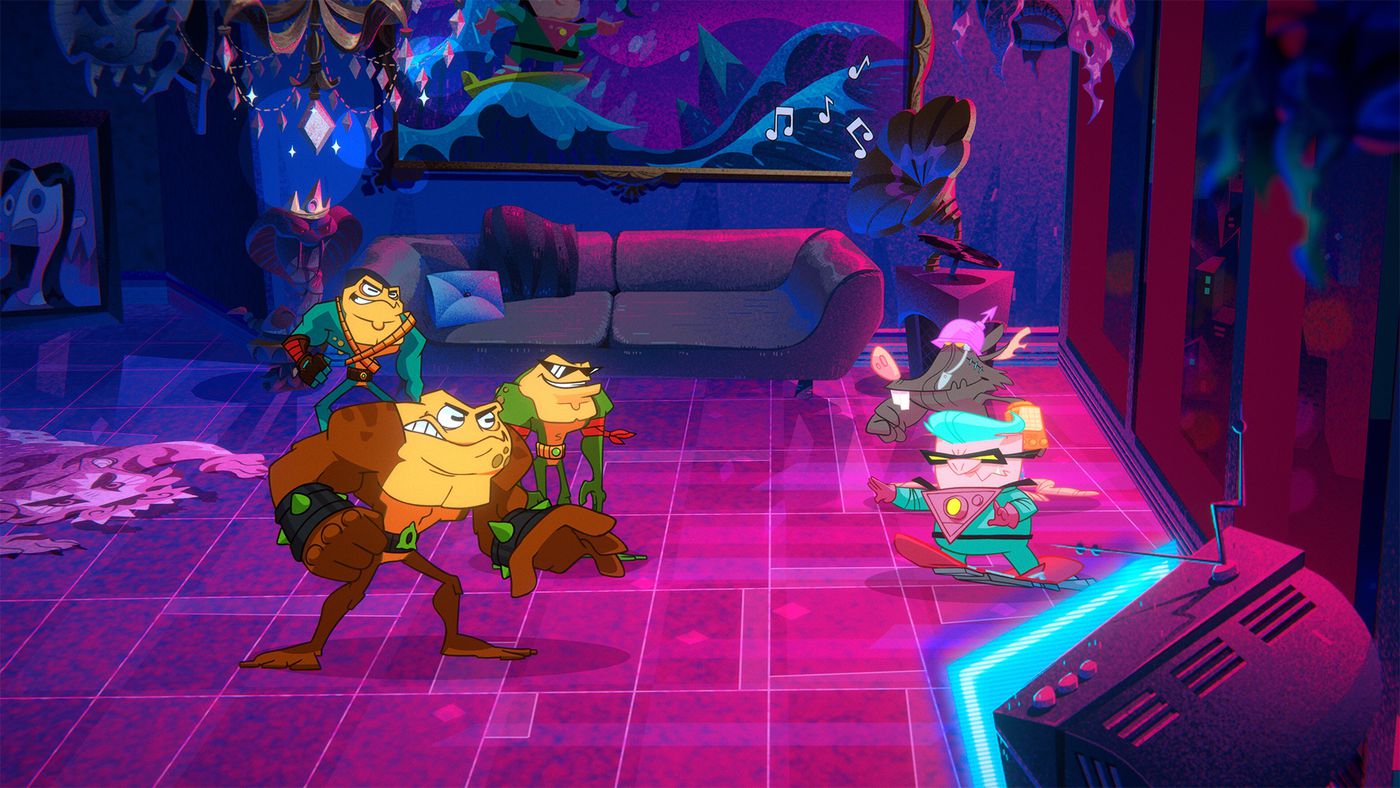 For lack of a better phrase what this game most lacks is a sense of cohesion and connective tissue between each scene. Take, for example, this end of a level. You are doing the usual running left to right, before a short cutscene appears that snarks about the lack of budget for the game. It then immediately transitions to a boss battle, with no introduction or reason why I’m fighting this random character who the toads seem to know. It then immediately transitions to a bunch of terrible mini games with the aesthetic of ancient Greece. It is like each team of developers did their part but there was not enough attention paid by the producers and creative leads on how each section came together as a consistent package.

It’s hard to express my disappointment in this release. What was teased as a nice little reboot of the franchise and homage to an earlier form of the Rare we grew up with is not much more than a distraction and small addition to Xbox Game Pass.

There was no need for this game to release now (why not make it a launch title for Xbox Series X?) and it would have been nice to see this spend a bit more time in the bunker in the oven before it made its way back out into the world. 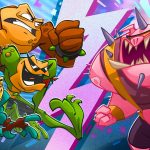 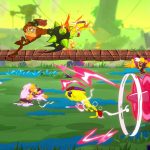 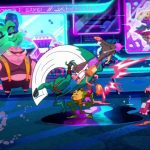 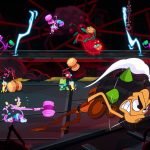 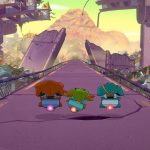 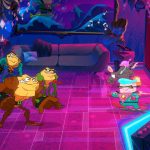