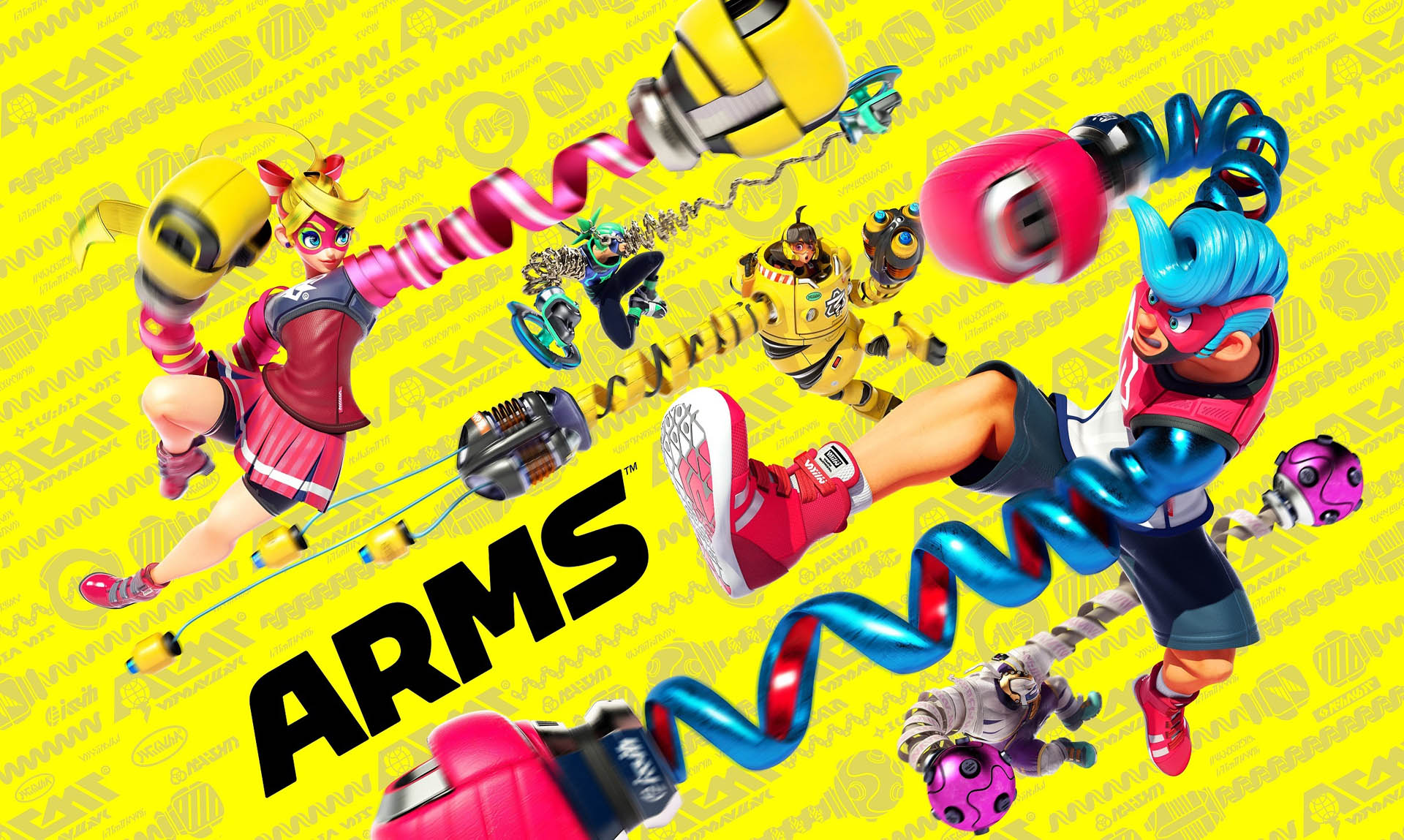 What Mario Kart did for racing games, Super Smash Bros. did for 2D brawlers, and more recently what Splatoon did for shooters, ARMS has now done for 3D fighters. It’s an excellent new franchise from Nintendo that introduces an entirely new spin on the fighting genre, and opens it up to a far wider audience. It has excellent characters, an instantly classic soundtrack and enough depth to keep it in constant rotation on your Switch.

Initially, I was skeptical of ARMS. A motion control centric game about punching, we’ve seen that before, haven’t we? Isn’t this just a glorified Wii Sports minigame sold for much more than it’s worth? Fortunately, and to my great surprise, ARMS is far more than meets the eye. Yes, it’s super easy to pick up and have fun, but there’s much more to it than that.

The basic setup is this: Some people have woken up with their limbs strangely springy. So what better to do than make a whole tournament about these people competing with each other for glory? There’s not much to the lore, but similar to Overwatch there are bits and pieces scattered around to pique your interest.And similar to Blizzard’s hero shooter, there’s a wide variety of characters to choose from. 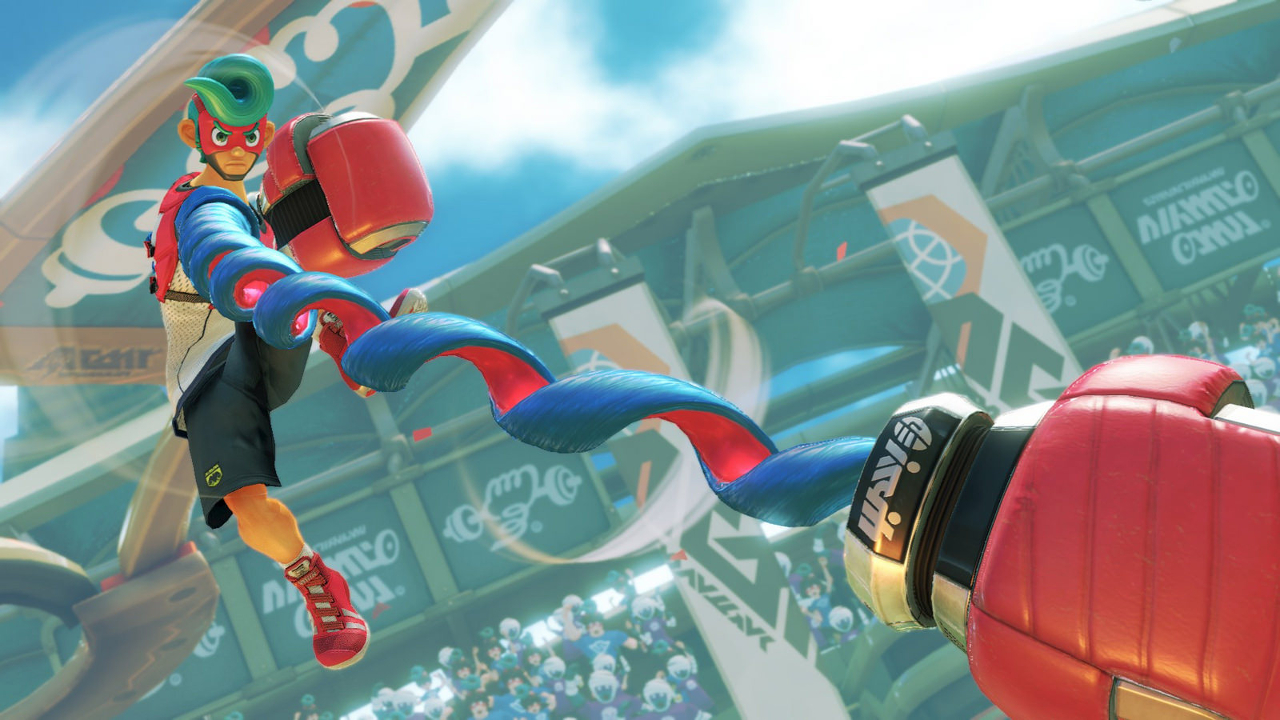 The initial roster of ten fighters include strong, weak and medium fighters, but each can equip a wide variety of ARMS that can vary each fighter’s playstyle quite substantially.  Each feels great to play in their own way and has unique abilities, such as Ninjara’s jump and dash. The fighters are instantly identifiable and all have a unique aesthetic that helps them to stand apart. Having easily identifiable characters is essential to know how to counter them, and Nintendo have done a fantastic job at creating a starting roster that covers a spread of playstyles and visual identities.

There’s my favourite, Mechanica, who uses her robot body to give her some much-needed damage absorption, and the green DNA blob Helix who Nintendo have officially called “gross”, not to mention Twintelle, who forgoes the use of her arms to smash opponents with her hair.

While it’s impossible to know at this early stage if indeed there are imbalances across the lineup (certainly the open beta testpunch was overburdened with Ninjaras), the meta will develop over time and Nintendo have the opportunity to update the balance of the game. 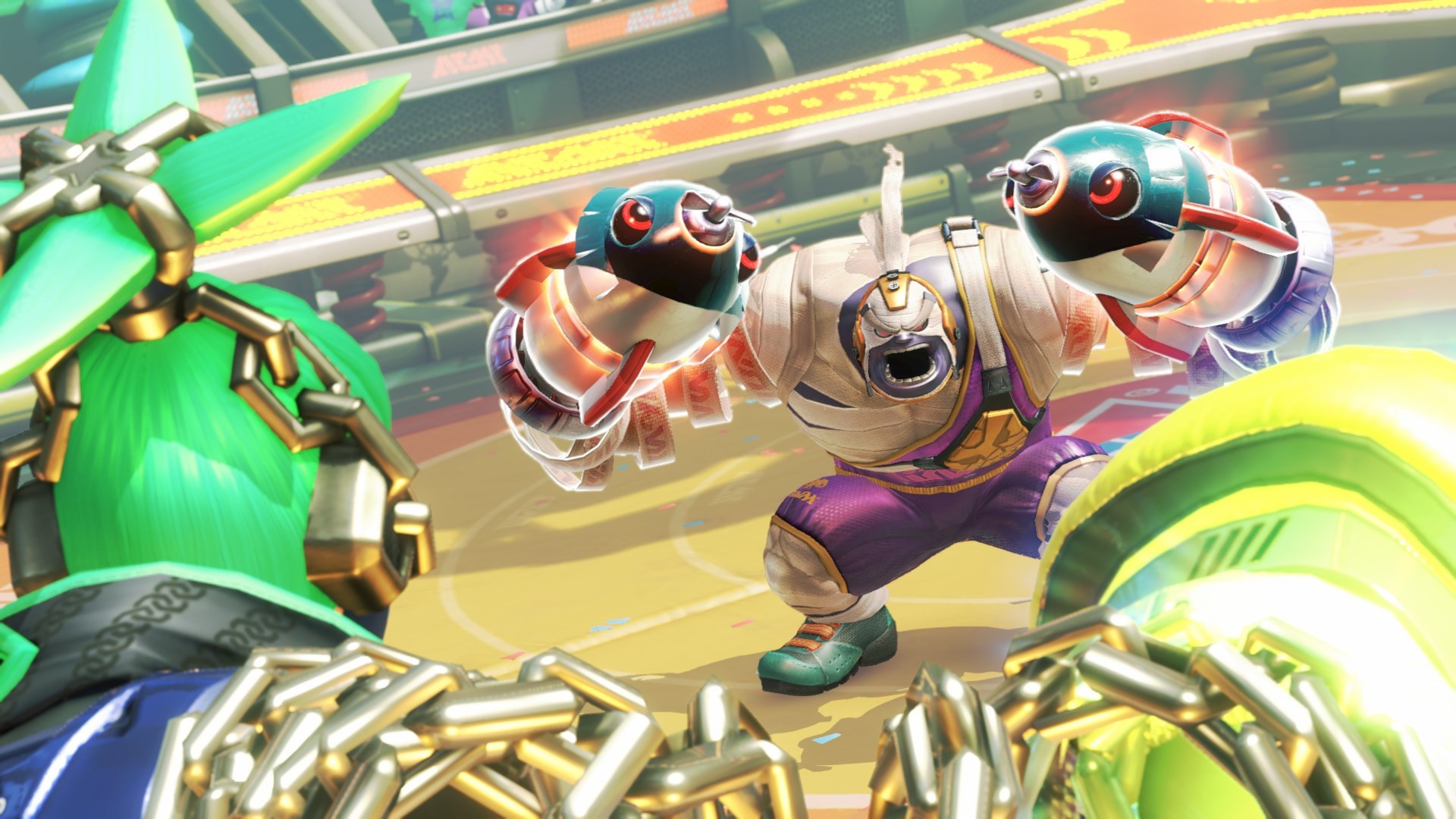 And providing ongoing update and support will be essential, as the single player content is fairly limited, consisting of a ten-round Grand Prix mode. Local co-op fares better, with local fights up to 4 player split-screen. There’s local network play as well between Switches but I unfortunately wasn’t able to test that. Besides the online quick play mode, there’s an online ranked mode and a separate one for playing with your friends.

Another Overwatch inspired feature is that the online versus mode (the non-ranked play mode) consists of different types of matches. 1v1, 2v2, V-ball, Hoops and 1v1v1 all follow one another. This is a great choice, as it doesn’t split the playerbase among a variety of modes and prevents long stretches of online play from getting stale. Not knowing what’s coming up next can be exciting,

Fights are fluid, dynamic and exuberant. While they are fast, patience and timing are key. In a way it’s a successor to Punch Out!. Knowing your opponent and the arena is key, as both have their strengths to avoid and weaknesses to exploit. You don’t have 100% control over your fighter at times, but instead of being annoying, it adds an extra element of surprise and dynamism to matches. In a very Nintendo way it never allows matches to become overly one-sided. For example, back someone into a corner and go for a throw, and your character throws them back into the middle of the arena, giving them a chance to escape and group up. 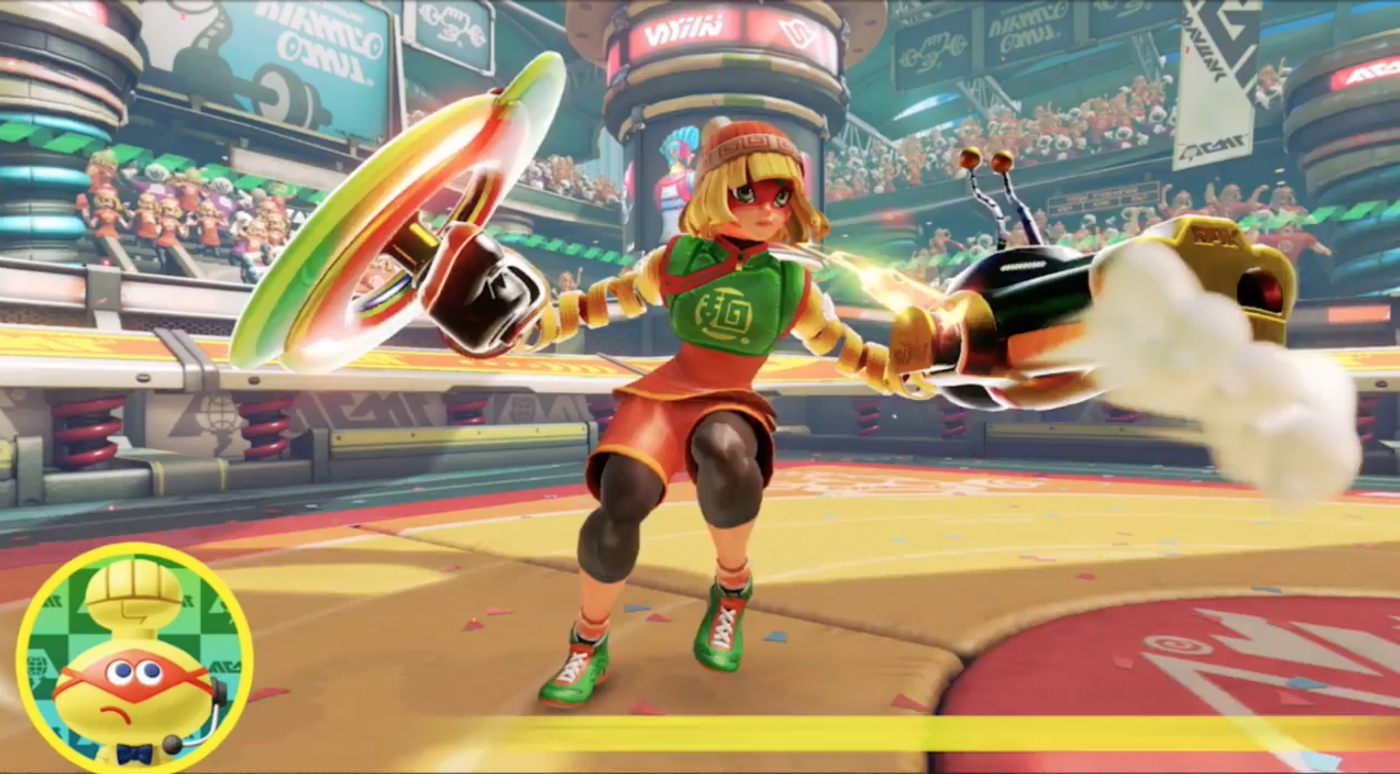 Fights flow with a sense of excitement and positivity native to Nintendo games but shamefully absent elsewhere, which even when losing were a joy to play. It’s an excellent base and a solid foundation for that will serve the series well over the coming years.

That’s also  partially due to the locations, which are solid throughout. Each stage has its own unique selling point, such as Snake Park, with two spinning tops that give you an extra advantage in battles. There’s a carpark outside a Hollywood studio, where you can bounce off car roofs for better jumps

Motion controls work surprisingly well here. It’s the natural and recommended option, but thankfully it’s not the sole method of play. The option to use a controller is there was well and is the default for tabletop and portable controls. Fighting with just a Joy Con was a little difficult, but for pick up games it will suffice. 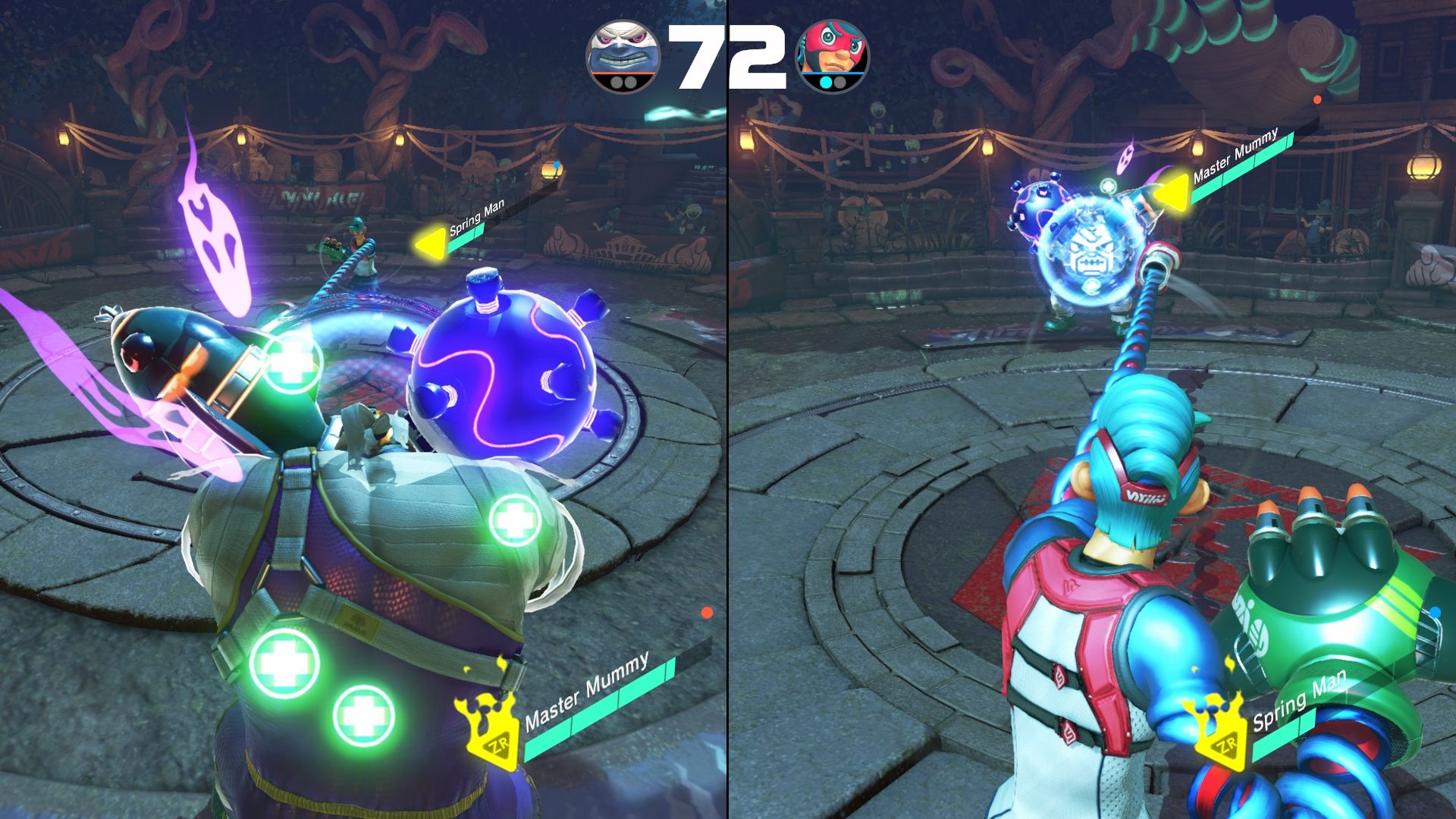 Nintendo have said that additional modes and characters will be added to the game for free in future updates, and if they play their hand right, could build a dynamic, evolving game that could endear long term support from their fan base.

Nintendo’s partnership with NVIDIA on a custom graphics API for the Tegra chip that powers the Switch is showing its fruits. Nintendo must be commended for maintaining 1080p/60FPS in single player and 900p/60FPS in two player split screen. Unfortunately, as in Mario Kart 8 beyond two player local drops down to 30FPS, but fights at that level tend to be hectic enough that it doesn’t matter too much.

ARMS reinvents an entire genre while still managing to feel familiar and accessible. It quite possibly is the birth of the next great Nintendo franchise; it certainly has all the necessary parts. 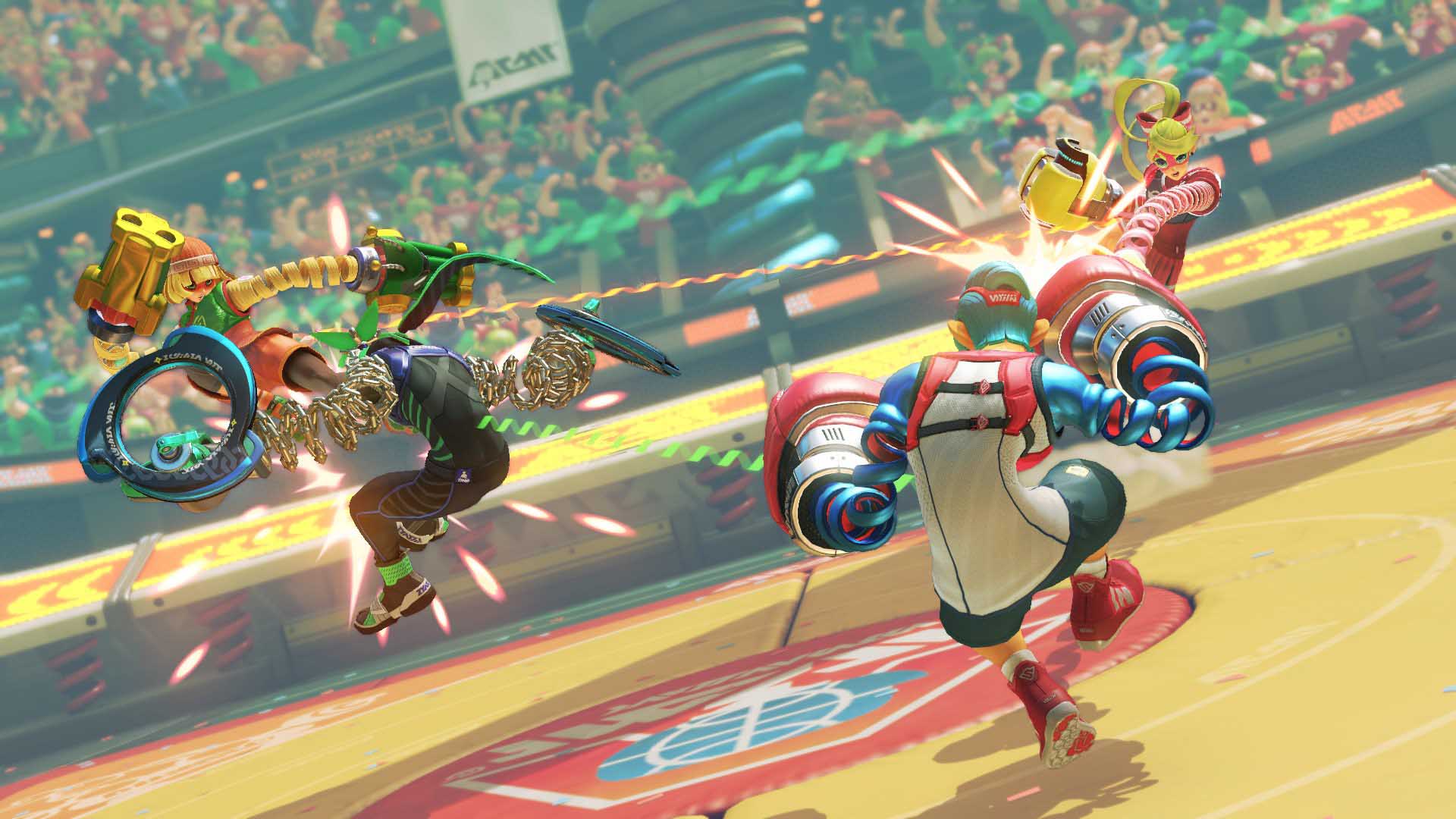 I get the sense from the game that the best way to play is online and local multiplayer, then online solo play, then the local single player modes. Like most of the best Nintendo games, ARMS is best experienced playing with people around you, and further solidifies the idea that the Switch is the home of local multiplayer. I also have the sense that ARMS was a bit of a gamble for Nintendo, but this is a game that has paid off, now in the quality of the game, and inevitably on release, in sales. 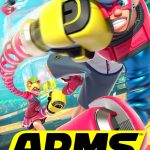