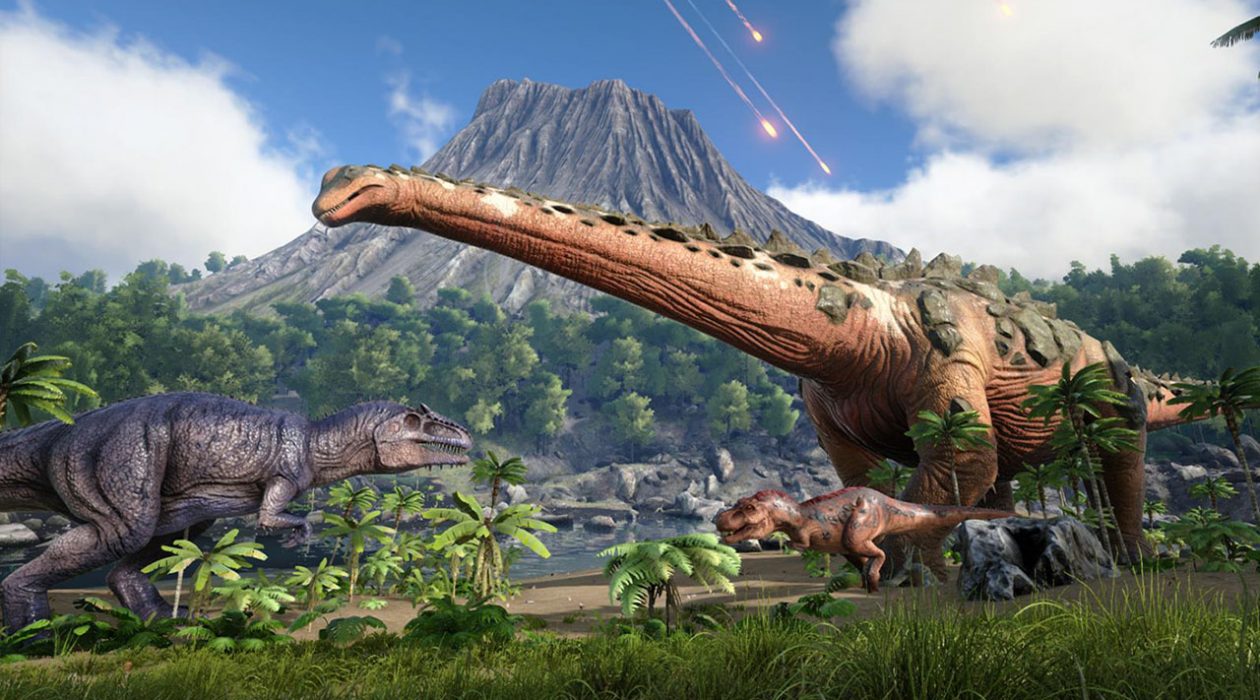 One of my favourite YouTube channels is 98DEMAKE. He takes modern games and reimagines them as PlayStation 1 or other vintage system titles. High texture detail is smeared into bland textures, lighting is drastically reduced, antialiasing removed and resolution dramatically lowered. These are fun jokes, what if scenarios about a past that never happened. How recognisable would each game be and how would the experience of playing these games change with only dramatically reduced hardware to support them?

That’s what I’m reminded of playing Ark: Survival Evolved for the Switch. There have been plenty of miracle ports for the Switch, from Fortnite, to DOOM to Warframe. These ports have blown away expectations of what can run on Nintendo’s hybrid console, with results far above what was previously considered possible. Specialised teams such as Panic Button have been able to wring out every last bit of performance whether docked or in portable mode. The common factor between those ports though, as far as I can tell, is that they were performant before they came to Switch, running easily on older hardware at higher frame rates. The same could not be said of Ark, which doesn’t have that luxury and still has difficulty running smoothly on the other current-gen consoles and even powerful gaming PCs. So it was always going to be a task that required a bit of divine intervention to bring Ark to Switch in a state that would justify the energy and money poured into the experience. 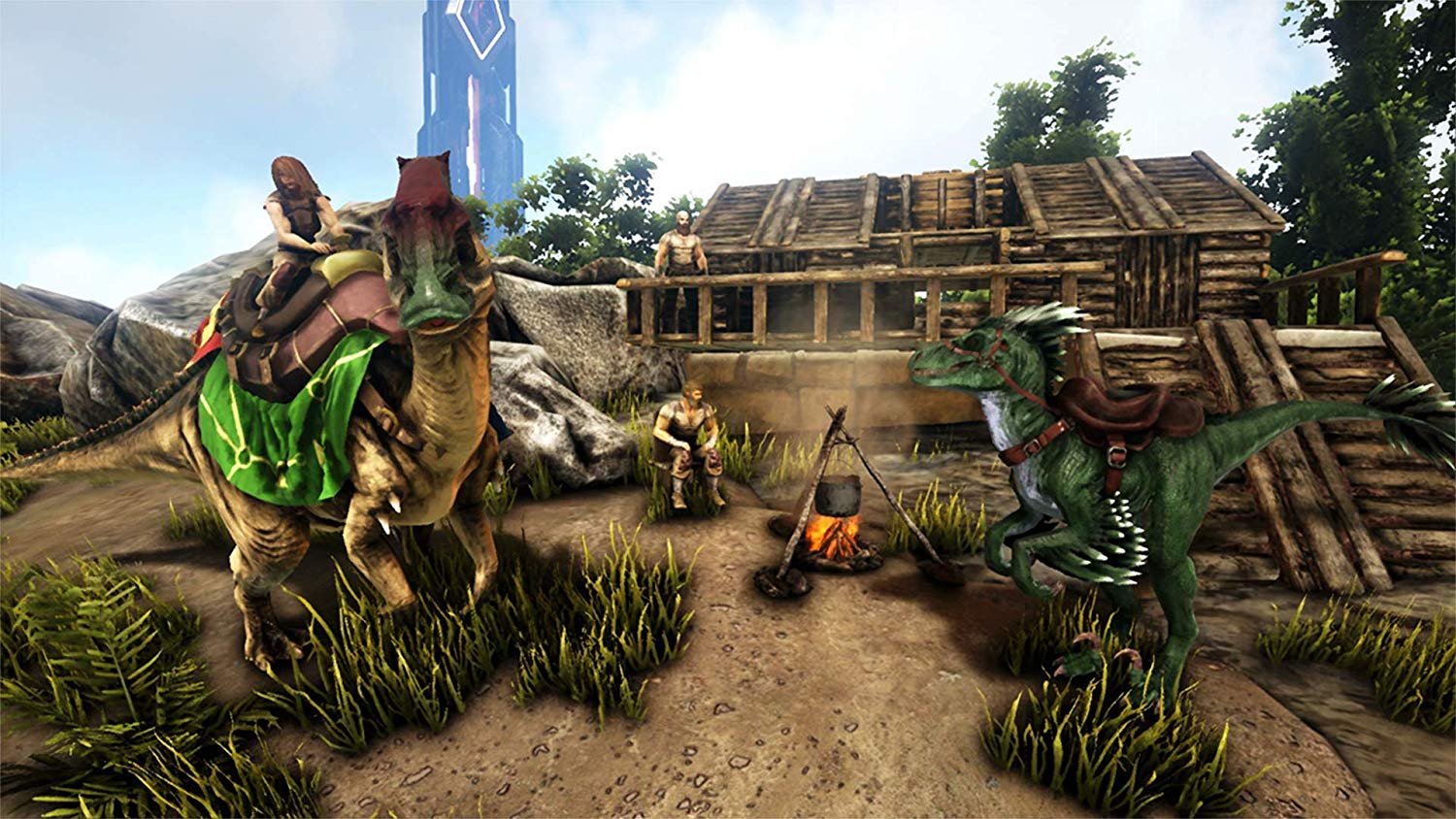 Unfortunately, there are no miracles here. To put it simply, Ark runs atrociously on Nintendo’s console. In Digital Foundry’s testing, John Linneman runs down the various ways that the developers have tried to cram a complicated open-world game onto the Switch’s downclocked Tegra X1 hardware. Draw distances are cut, textures lowered, shadow quality reduced, anti-aliasing changed, level of detail pop-in brought to right in front of the player and more. But most extraordinarily, resolution has been lowered in both docked and portable modes to, at times, levels not seen since the 16-bit era of consoles in the mid 1990’s. It looks incredibly bad in practice, with levels of detail of trees, rocks, the ground and animals shifting in front of your eyes. Not to mention the bugs that abound everywhere I looked.

At this resolution and with these cuts to the game, it’s almost impossible to tell what’s going on at any one time in the game. Ark simply wasn’t designed to operate at these low resolutions and detail levels, and a more bespoke edition of the game tailored to the strengths and weaknesses of the Switch could have given us better results – see what’s possible with FIFA or Farming Simulator: Nintendo Switch Edition – Ark even has a version for mobile that may have been a better fit. 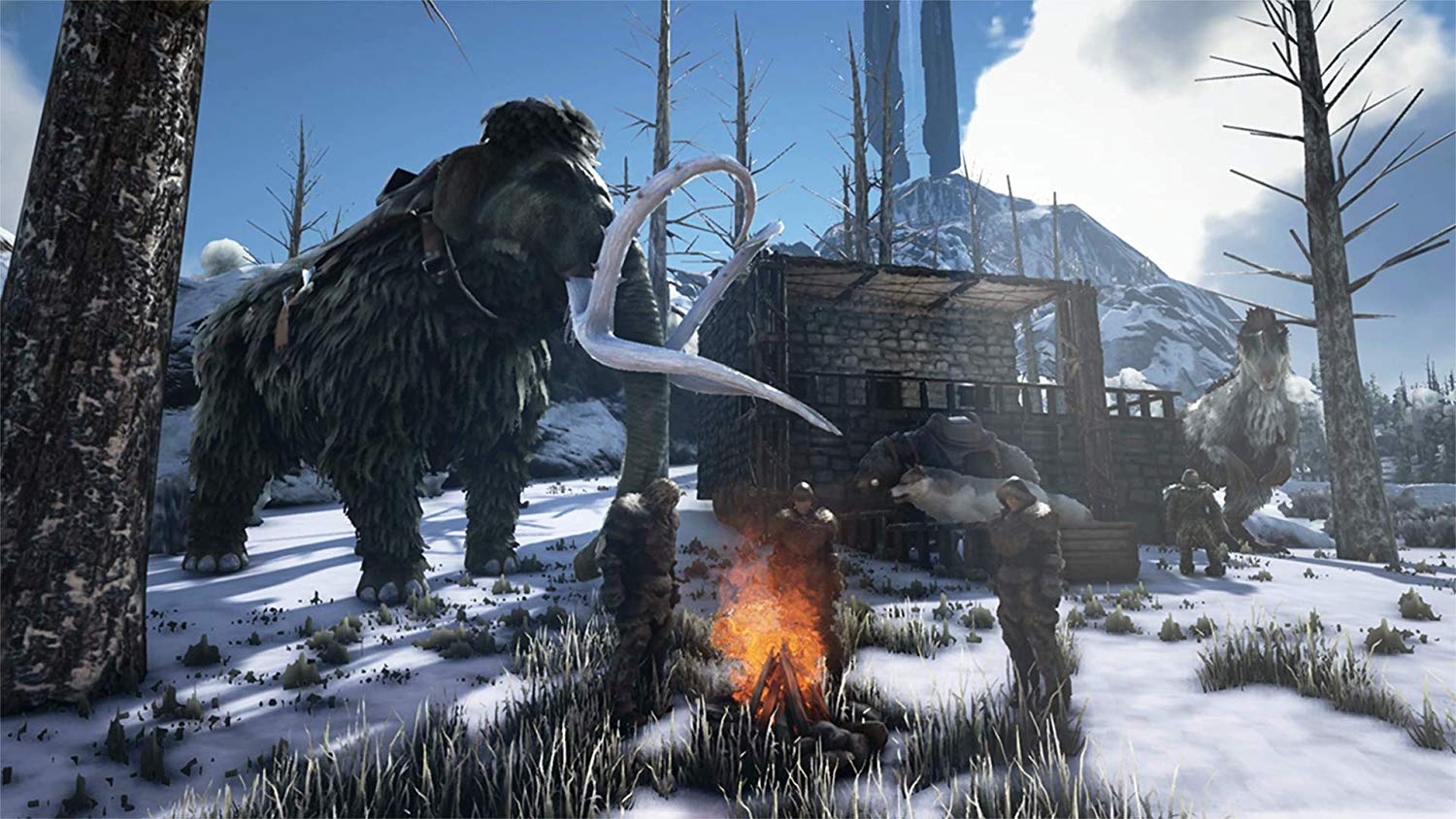 So sure, technically Ark is on the Switch and technically it runs. In one sense I have to tip my hat to the developers for getting it to work at all. But it shouldn’t have been a port that saw the light of day. For $79 AUD it’s a blurry, low resolution, low detail game that unfortunately doesn’t show what Ark can be and can do given more powerful hardware.

Post-launch, we have seen a number of these miracle ports given resolution bumps and better performance as the developers become more familiar with the Switch’s capabilities – such as Rocket League, which has improved its docked and undocked resolution over time. Ark for Switch is in desperate need of these boosts for it to be more than curiosity or punch-line.