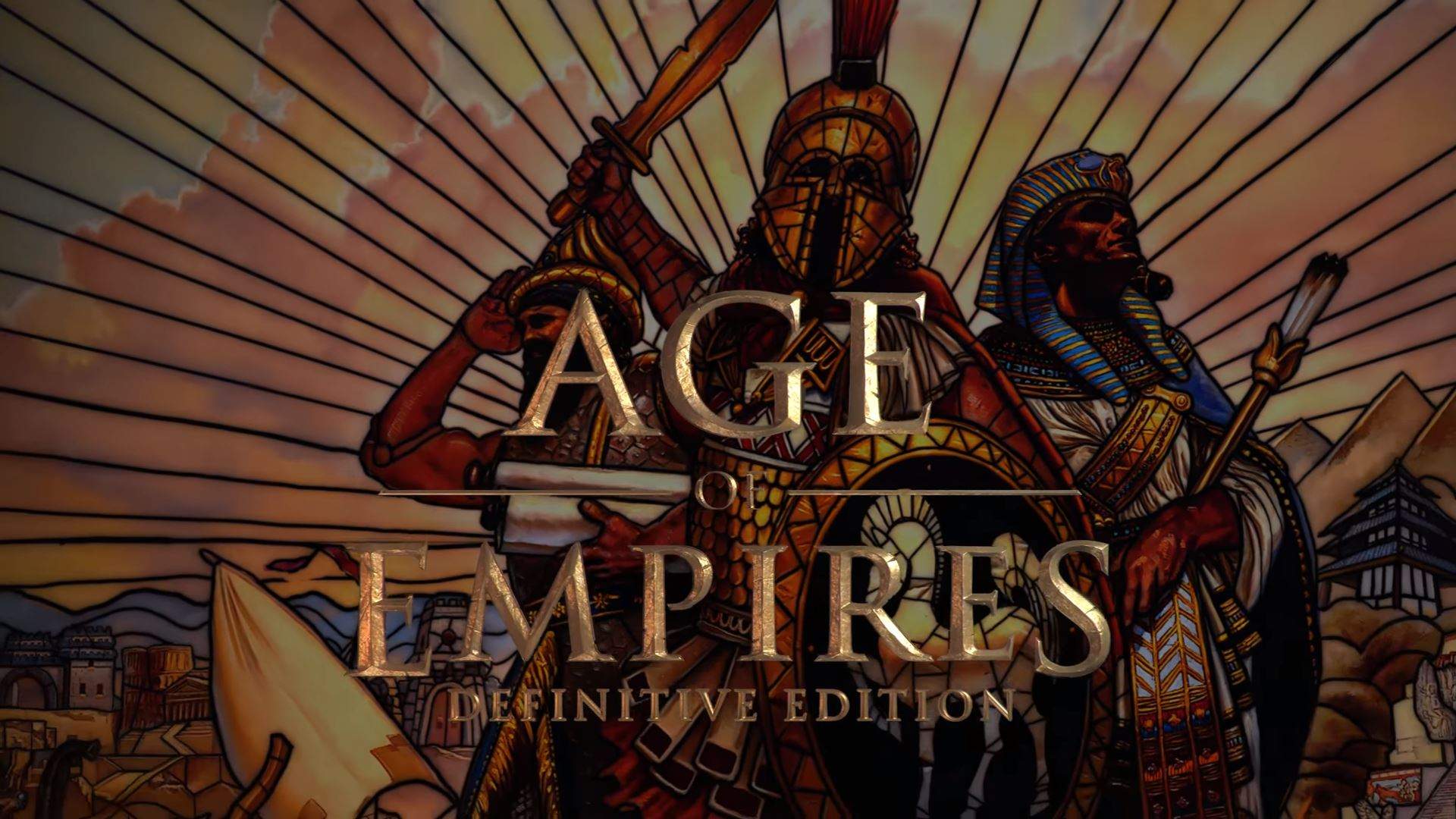 Nostalgia can be a double edged sword.

On the one hand, reliving old experiences can bring back great memories and add an extra dimension to your enjoyment of something. But at the same time, revisiting the past can bring attention to flaws that might have been missed the first time and show just how much times have changed.

This is the dual nature of Age of Empires: Definitive Edition. By remastering one of the most iconic and influential PC games of the late 90’s, Microsoft have also exposed it to a world that has experienced 20 years of steady improvements in gaming. While the base gameplay is fun and offers a healthy dose of nostalgia for returning players, a host of issues persist from the original that limit its lasting appeal and overall make this a not as expected experience.

For the unfamiliar, Age of Empires is a historical real-time strategy (RTS) game that follows various ancient civilisations spanning a huge period of time from prehistory through to the fall of the Roman empire. Gameplay centres around the familiar yet satisfying challenge of balancing an economy while amassing and controlling a military to destroy your opponents. Compared to many of its peers it relies more heavily on micromanagement, with worker units often requiring your attention and with the unit pathfinding and decision-making often needing more careful oversight. Age of Empires was released in 1997 and is considered one of the seminal releases of the RTS genre. While perhaps overshadowed by the release of Starcraft only 6 months later and by its own much-loved sequel in 1999, it was undeniably a huge influence on the genre.

In celebration of the series 20th anniversary, publisher Microsoft Studios is giving us remastered versions of all 3 main-series entries and a brand new fourth entry that is currently in development.

To be clear, AoE: Definitive Edition is a remaster, not a remake. The game received a huge graphical upgrade as well as a host of quality-of-life improvements that make it a much smoother experience, but the number of changes is somewhat limited and the original experience is largely preserved. 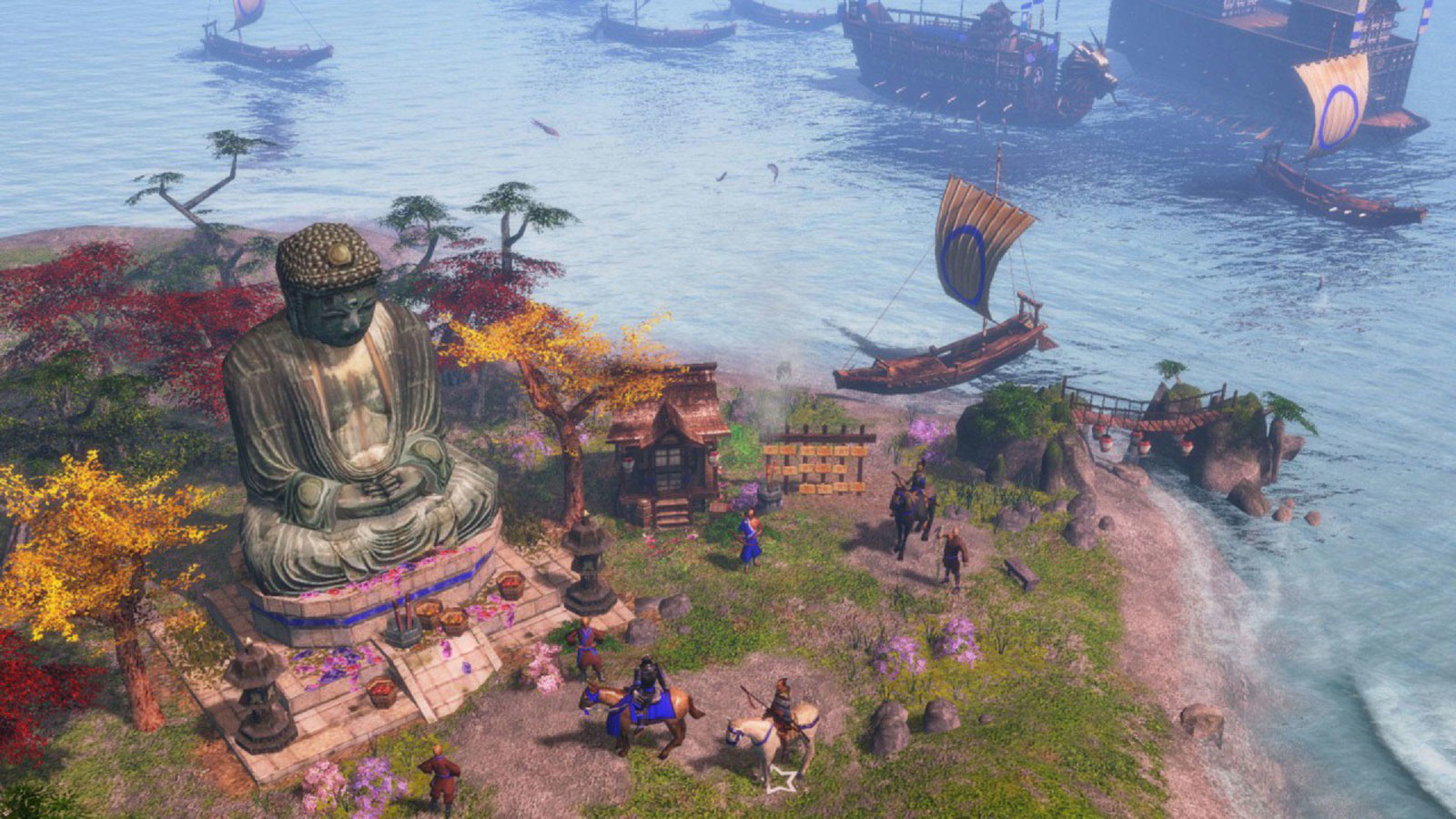 Graphically, the game looks good, with high definition unit models and the addition of destruction animations and even simple reflections for ships. It treads a fine line that adheres to much of the original design without looking too retro. Support for HD resolutions and widescreen monitors has also been added. The music is remastered too, with a soundtrack that is immediately recognisable but with a slight twist on the original score.

On the gameplay side, some of the best additions include unit control groups, the ability to attack-move, building queues, gather points for buildings and a streamlined interface. But in many aspects the base game has aged poorly, and many will be left wishing that developers Forgotten Empires had taken a heavier touch.

The most glaring example of this is the AI behaviour. To be fair, the game’s intelligence seems to have improved since the original release, but it’s not quite on par with the 2013 version of Age of Empires II: HD.

The AI opponents frequently make bizarre decisions, such as sending all of their villagers to build a structure inside your base, attempting to harvest resources far from their drop-off points or failing to provide a coordinated response to attacks on their base. And once a unit attacks another it will never stop until it loses sight of them or it is attacked by something else, making it easy to pick off an army one-by-one by letting them target a building first. 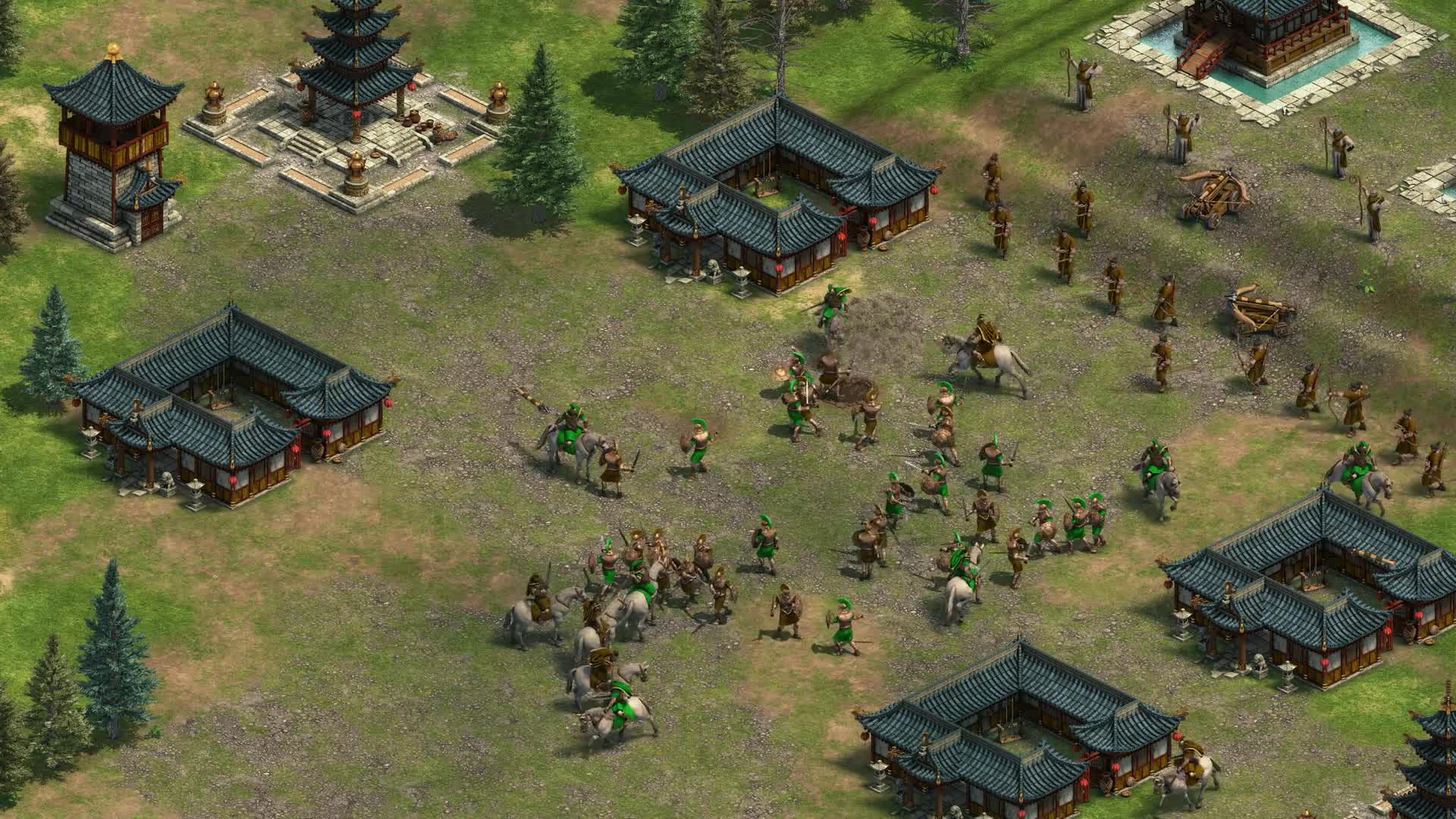 In spite of the poor AI, some of the campaign missions are genuinely difficult because the AI likes to keep up consistent early pressure. Strangely, the first mission in the first campaign listed after the tutorial is one of the most difficult in the game, serving as a brutal introduction to newcomers. But the AI shows a variety of behaviours and the ability to tailor their mix of units to the strengths and weaknesses of the other players, so there is still fun to be had.

The notoriously bad pathfinding of the original release is also preserved in the remaster, with units often blocking each other and getting stuck on trees and buildings. The sizes of most units are significantly larger than their models suggest (particularly for naval units), meaning that a seemingly huge gap between two units will prevent a third one from passing. This is especially noticeable when sending ranged units to attack, as the first couple of archers might block the path for the rest of your army. As each unit stumbles into the one in front, they pause slightly, making it look like they’re having trouble deciding where to go. This is contrasted with the complete lack of hesitation they show when deciding to walk the long way around the entire map, because they decided they can get slightly closer to their intended target by strolling through the other entrance to the enemy base. 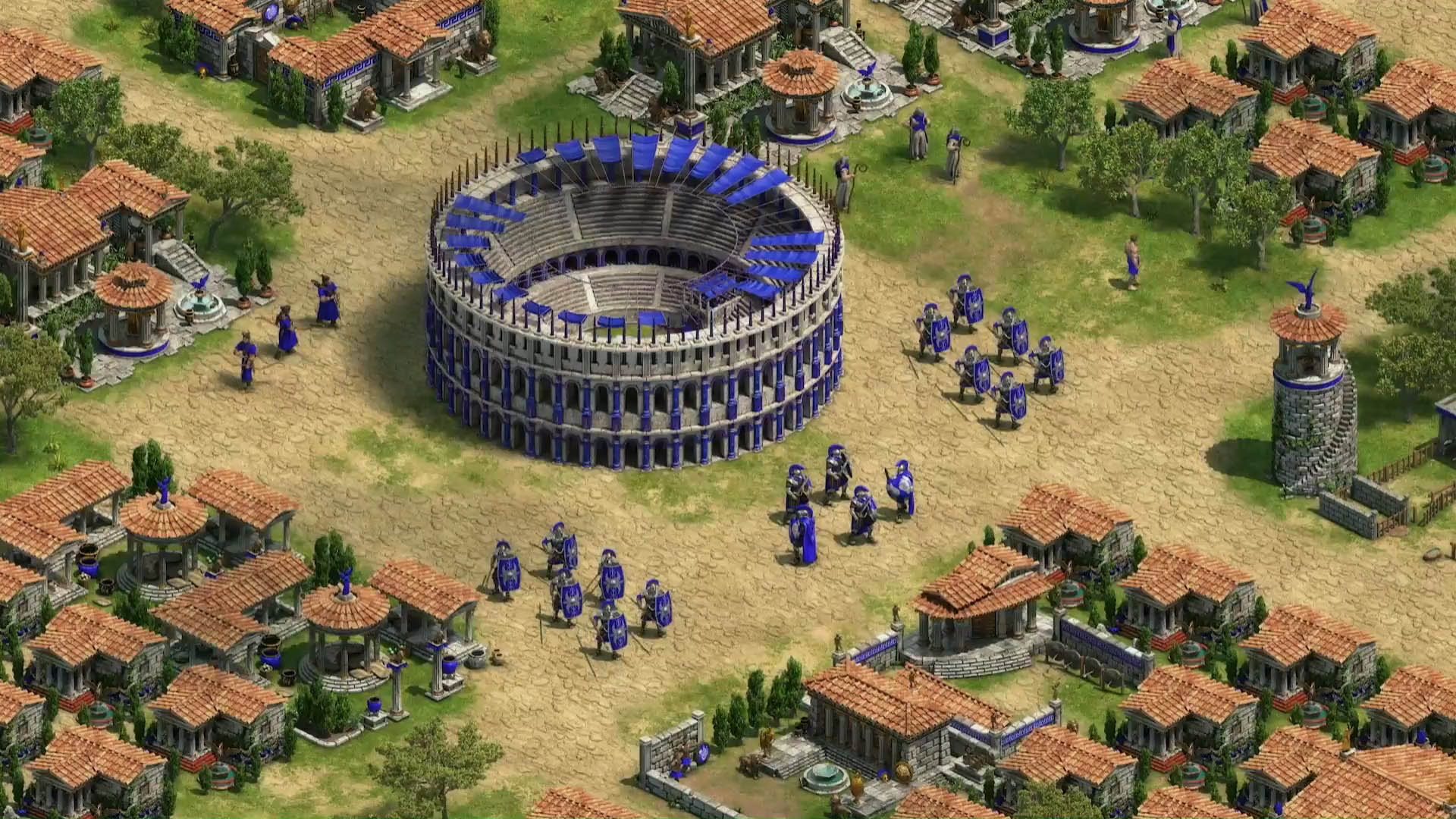 Another quirk of the original game is that selected units will keep their relative positions when you order them to move, so if an axeman gets temporarily stuck on a tree and you tell the group to move somewhere else, it will end up standing awkwardly away from the rest of the group when it arrives. All of this leads to a feeling like you’re herding cats, and tests your micromanagement skills as much as your strategic planning.

But if you want to see just how much the game has improved with the Definitive Edition, you can play custom games with the engine and graphics of the original. It’s clear that a lot of work went into the Remaster.

The game boasts 9 single-player campaigns taken from both the original game and the Rise of Rome expansion. This gives a total of more than 50 individual scenarios to play, a decent number for any RTS.

The detailed scenario editor also makes a return, allowing people to customise their own maps, start conditions and objectives. These can also be packaged together into user-made campaigns. In a nice touch, you can also reuse scenario and campaign files from the original. 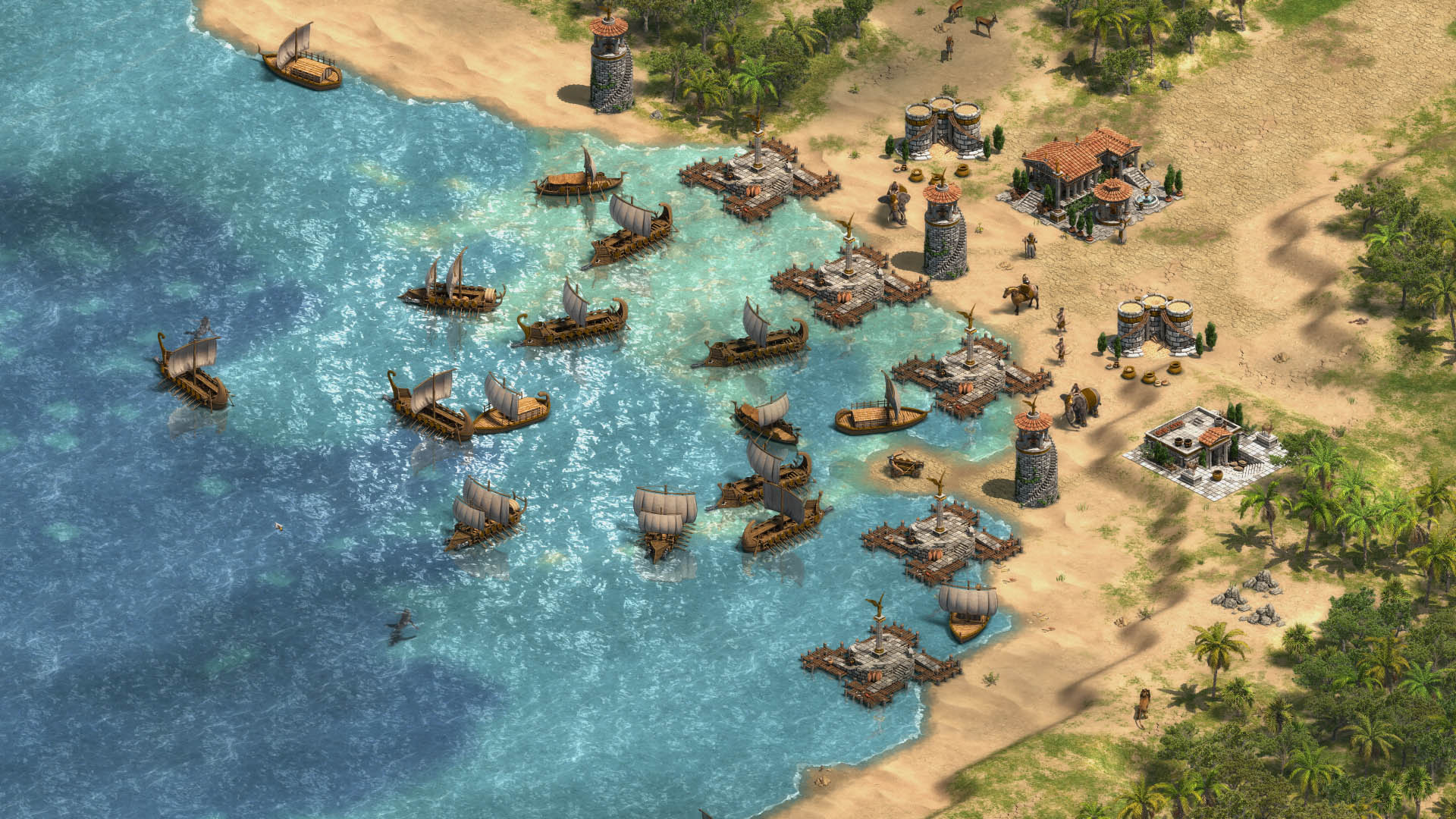 Despite its age, the original AoE did include basic online multiplayer functionality. The Definitive Edition has taken this a step further, adding a lobby browser. This relies on a person to volunteer to host a game and define the rules. However, it remains to be seen whether there is enough of a community to keep the multiplayer mode active.

One reason for that is that just like the rest of Microsoft’s recent first-party games, AoE: Definitive Edition is only available on Windows 10 via the Windows Store. This is a huge disappointment and will no doubt greatly restrict the number of people who are willing and able to play the game. 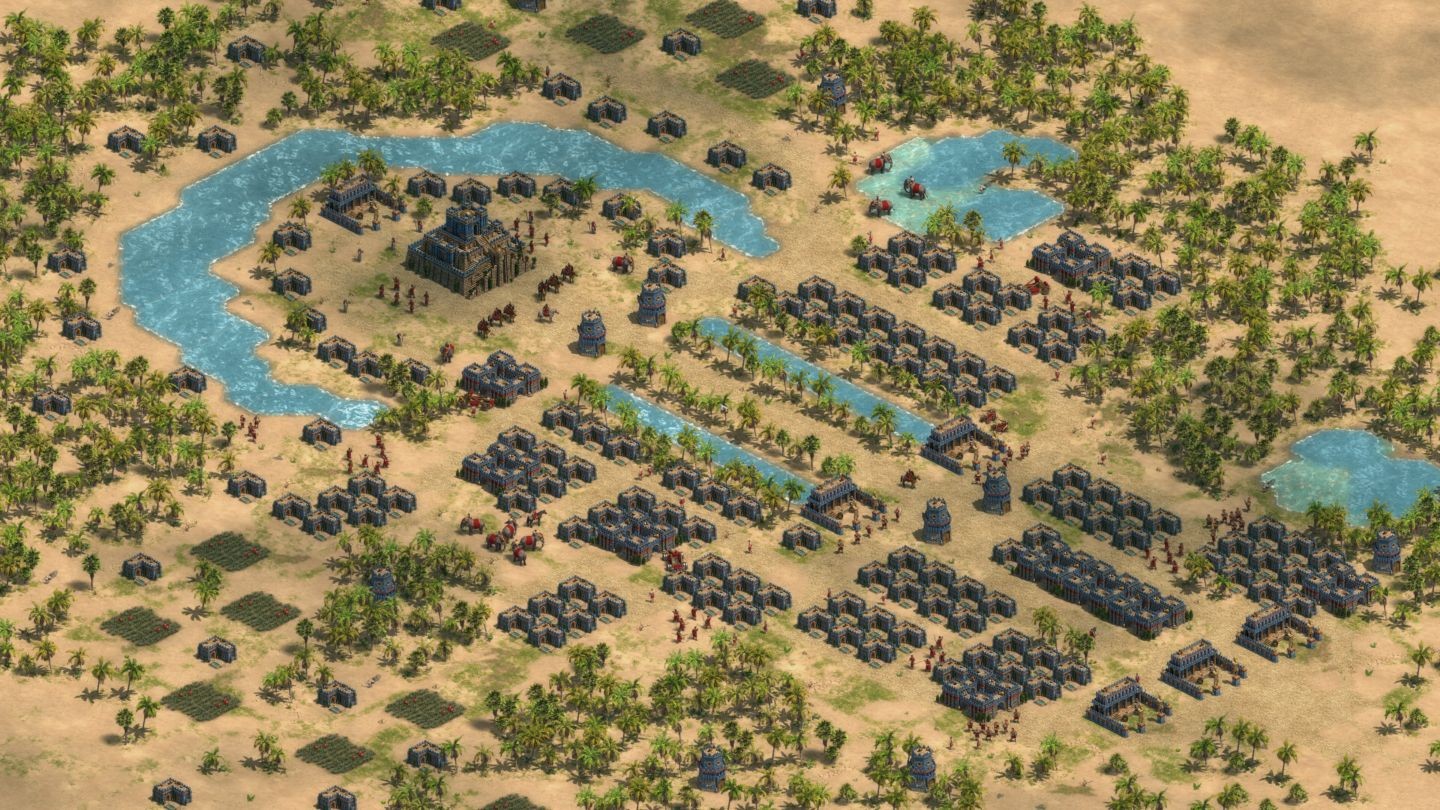 But perhaps that misses the point.

With AoE II and III set to receive their own new remasters and with AoE IV just around the corner, perhaps the intention was to take us on a trip down memory lane, to introduce a new generation to the series, to remind us of what made the Age of Empires series special and to show us how the games have changed over the years.

In that case, AoE: Definitive Edition could be seen as a successful first step.