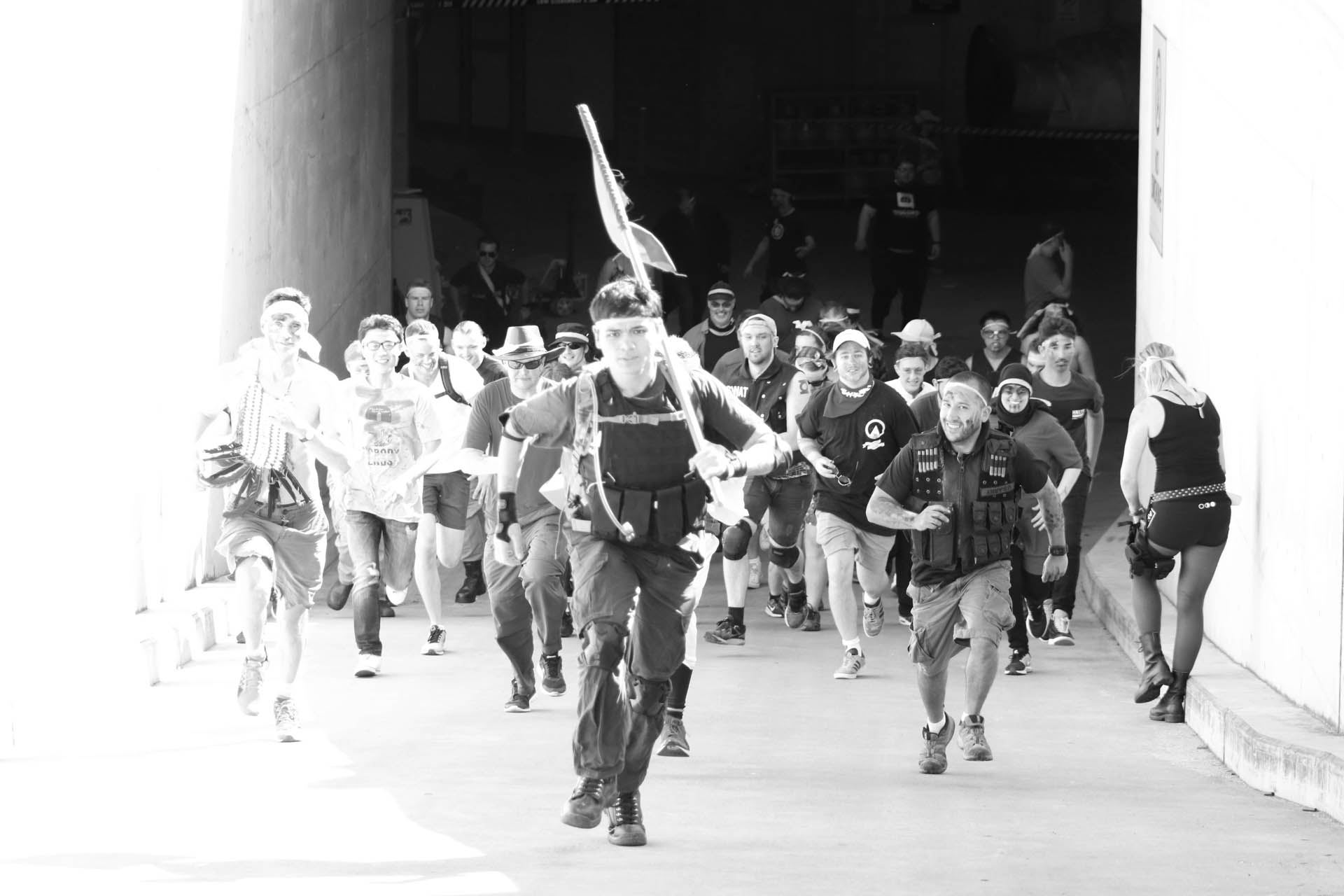 Zedtown is without doubt one of the more interesting game concepts around.

Instead of sitting back in your lounge surviving the zombie apocalypse in some videogame while planning what you would do the event of an actual one, why not give life to some of your plans.

Zedtown is exactly the place to do this. This live action game puts the player, literally you, in the midst of a zombie apocalypse. There are both the zombies and other players to be weary of. The other players form up into several factions which you and your team need to be ever vigilant for. Alongside this the game has in-game missions that, apart from simply surviving, need to be achieved. So there is plenty to run from and aim for. 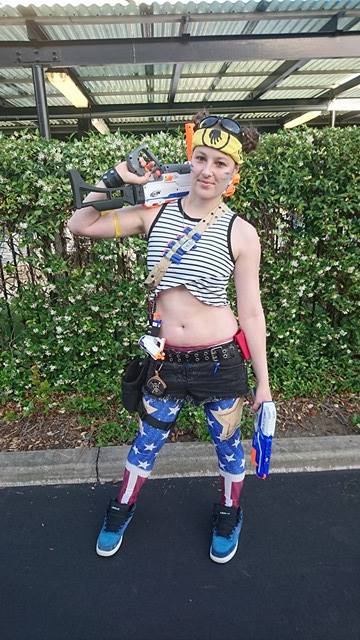 So how does one survive?

Well the weapon of choice is the ever-unreliable Nerf gun or equivalent foam dart gun, and for the most part you can bring any stock standard shelf bought version along, with as much ammo as you can carry. Thankfully, with zombies popping out of outlets and hidey-holes and a lot of jittery and trigger-happy players, replenishing stock isn’t too hard a task, you just have to make sure your buddies got your back, or you might just become dinner.

And this is all that stands between you and becoming a zombies next meal.

Zombies are multiplied by being tagged by a zombie player and then you head out get some fake blood and green head band and you are ready to find a meal of your very own. 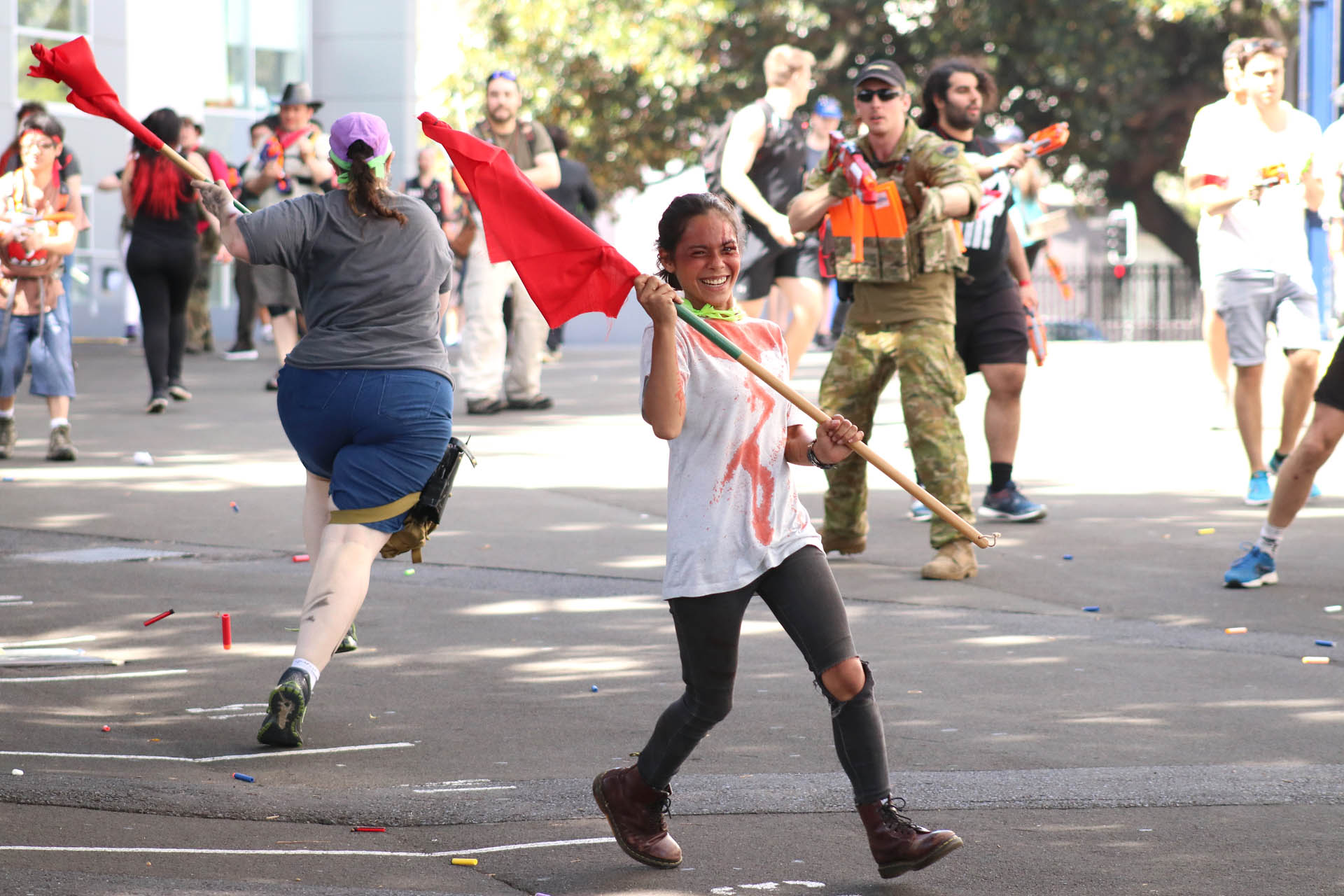 The factions of which you can join do have their own themes, in this game there were three factions, Reds, the attitude heavy cowboys, the Blues, the one with nature types, and the Yellows, a steam punk collective of gadget nerds. While this was just an aesthetic it was nice to have some distinguishing factors and many players came dressed to impress for their team.

Zedtown has had several games and Last Haven was the latest instalment in the series. Though a live action game does share some aspects with some video games. It can be described as episodic as it has a premise and connected storyline to previous games. While I’m unsure if this will continue it is a nice aspect for returning players.

This particular scenario had a hunger games sort of vibe with the survivors playing off in a match with the other factions while zombies slowly infested the area. The winners obtaining a trip to the last safe haven that the rich have kept for themselves. 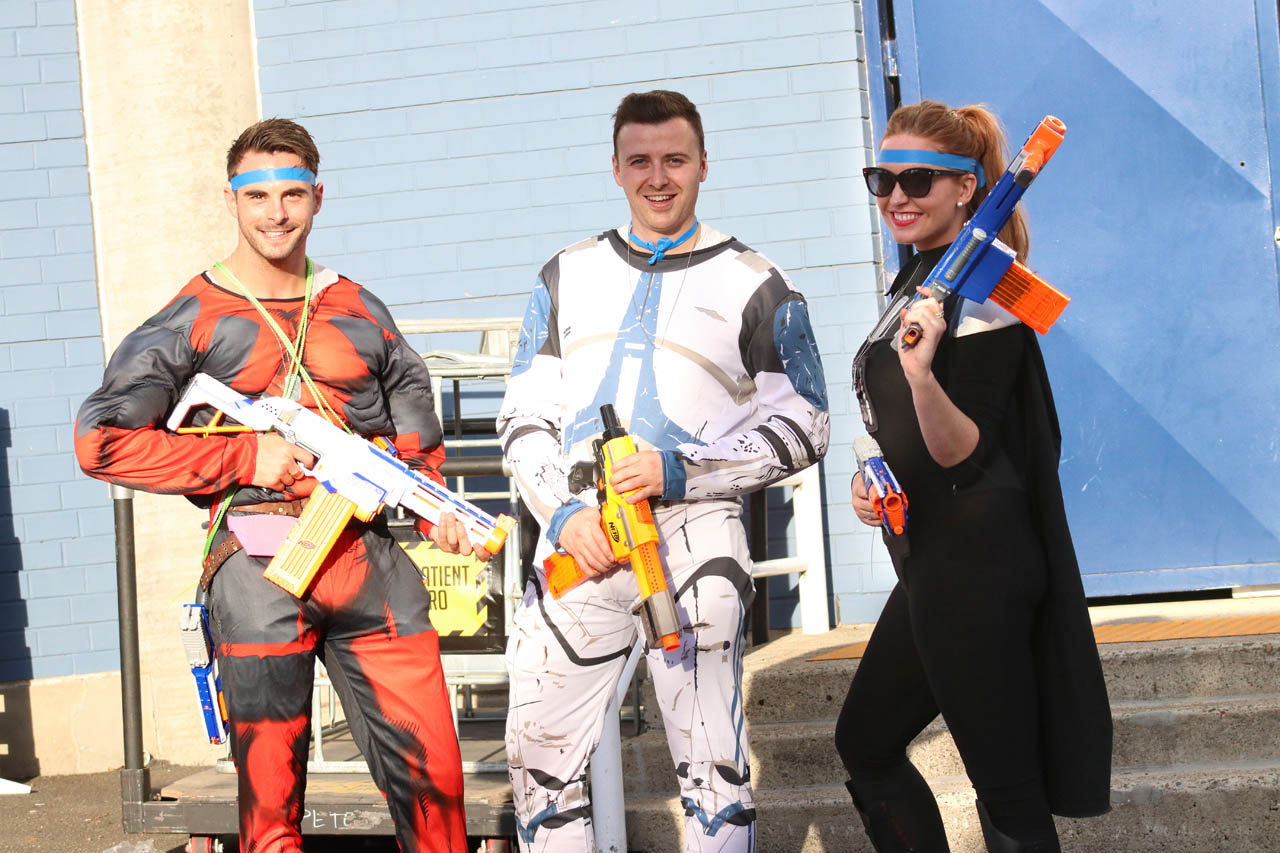 On the backdrop of Sydney’s very own Allianz Stadium and Cricket Ground (not including the grass area), the scene was set for players to participate in three rounds of games to see who would come out on top as worthy to join the elite in the safety of the fancy Haven Island.

The first round had players collecting flags of their own colour and those with the most at the end of the allotted time would gain advantage in the next one. This was also open to sabotage and stealing other players flags, which certainly had everyone more so on edge as different faction members bypassed one another.

Soon however the zombies become the obvious threat, and with so much chaos as super zombies emerged it certainly had both players and factions turning in unison to escape the fast and deadly zombie dubbed roller derby zombie, as not only was she un-killable she had plenty of skill and speed on her roller skates. 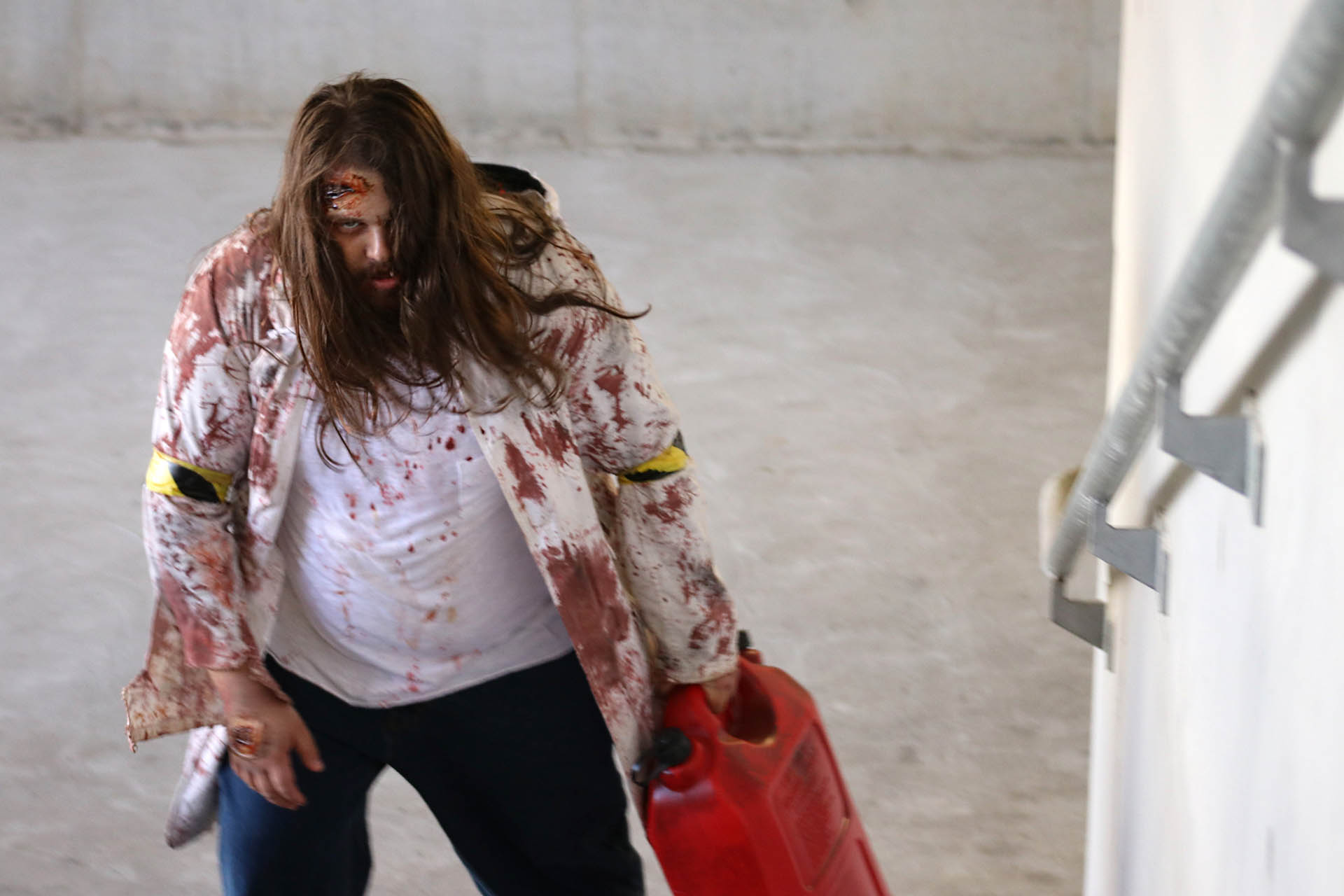 This super zombie along with several others had the hordes of survivors running in every direction. The chaos and disorder that ensued was very entertaining.

The game employs the use of its own Zedtown app that allows players to monitor the conversion of survivors to zombies and with roughly 1000 starting players it certainly became a tense time as those hordes of zombies slowly grew.

Zedtown is an enjoyable alternate option for game lovers and really gets the adrenalin pumping, even not being the most fit of people myself I found when cornered by some uber zombie, you learn how to run pretty quick. With a lot happening and just the excitement of playing nerf wars on such an epic scale is plenty to make me attend again, but throw in a bit of story and side of zombies, well, it makes for a memorable experience.