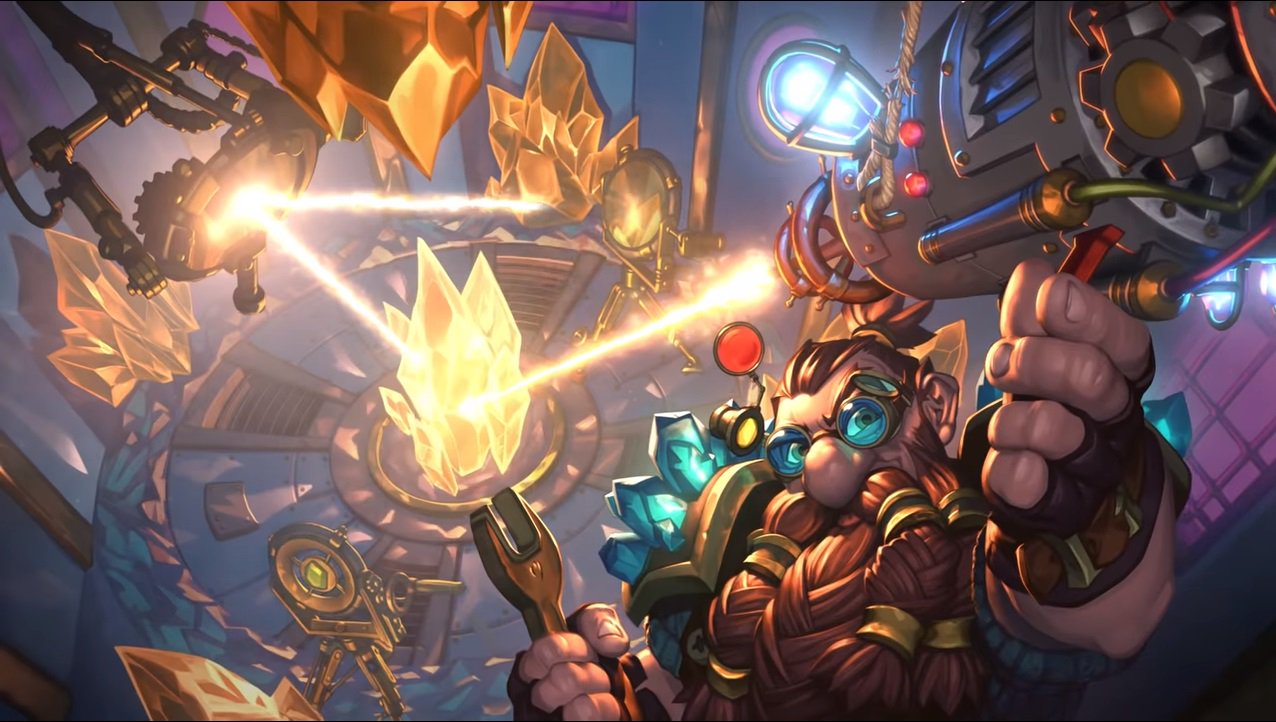 A little over five years ago, a few Blizzard Entertainment developers were toiling away on a small passion project: Hearthstone, a free-to-play digital collectible card game at a time when such games were not front of mind for most. They based the game on the company’s Warcraft universe and polished every aspect—from the flash of the animations to the bombastic voice lines of the heroes, and launched it to critical acclaim globally in 2014. Today Blizzard announced that Hearthstone has hit the 100-million-player mark.

“Reaching 100 million players is a huge milestone for Hearthstone, but what matters to us even more is the fact that so many people around the world have embraced the spirit of the game,” said J. Allen Brack, president of Blizzard Entertainment. “Whether at events like BlizzCon and Fireside Gatherings or just in tuning in to watch their favourite streamers, it’s been so inspiring to see millions of players and fans coming together, online and in real life, to participate in the Hearthstone community.”

Hearthstone features a deceptively simple format in which players build digital card decks and duel each other head-to-head or play through one of several different card-based Solo Adventures. As a result of its charm and accessibility—as well as the corresponding entertainment and education provided by numerous talented community content creators—Hearthstone has consistently been a leading game on media platforms like Twitch and YouTube. 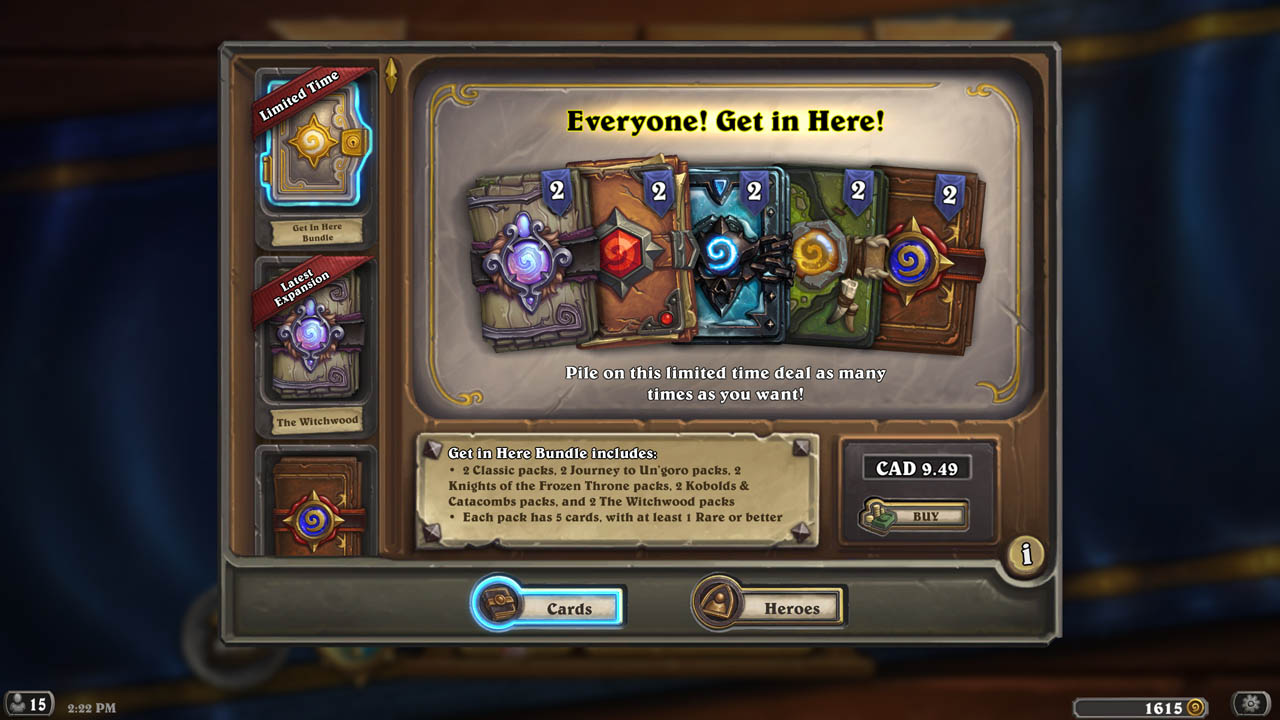 As a card-based game, Hearthstone is unlike any of the other games regularly in the top ranks on those platforms. In addition to its highly accessible card-vs.-card gameplay and the colourful personality that comes through its vibrant audio and visual elements, a major difference is that all player-to-player communication takes place through pre-generated voice lines tailored for each of the game’s playable heroes, all conveying warmth, positivity, and good-natured sportsmanship. This helps create a welcoming setting for all players, from beginners to seasoned veterans, and despite being a skill-based competitive experience, offers a change of pace from other competitive games. With separate chat functionality supported in Hearthstone across all PC and mobile platforms, it also makes it easier for players to engage socially on their own terms.

In addition, Blizzard recently overhauled the “new-player experience” for the game, putting a bigger buffer between beginners and veterans, making it even easier for anyone to jump in and play. Blizzard is known for its polish and “easy to learn, hard to master” approach to game design, and Hearthstone is a shining example, with an introductory competitive experience that eases players into the fundamentals of the game and amply rewards them along the way. 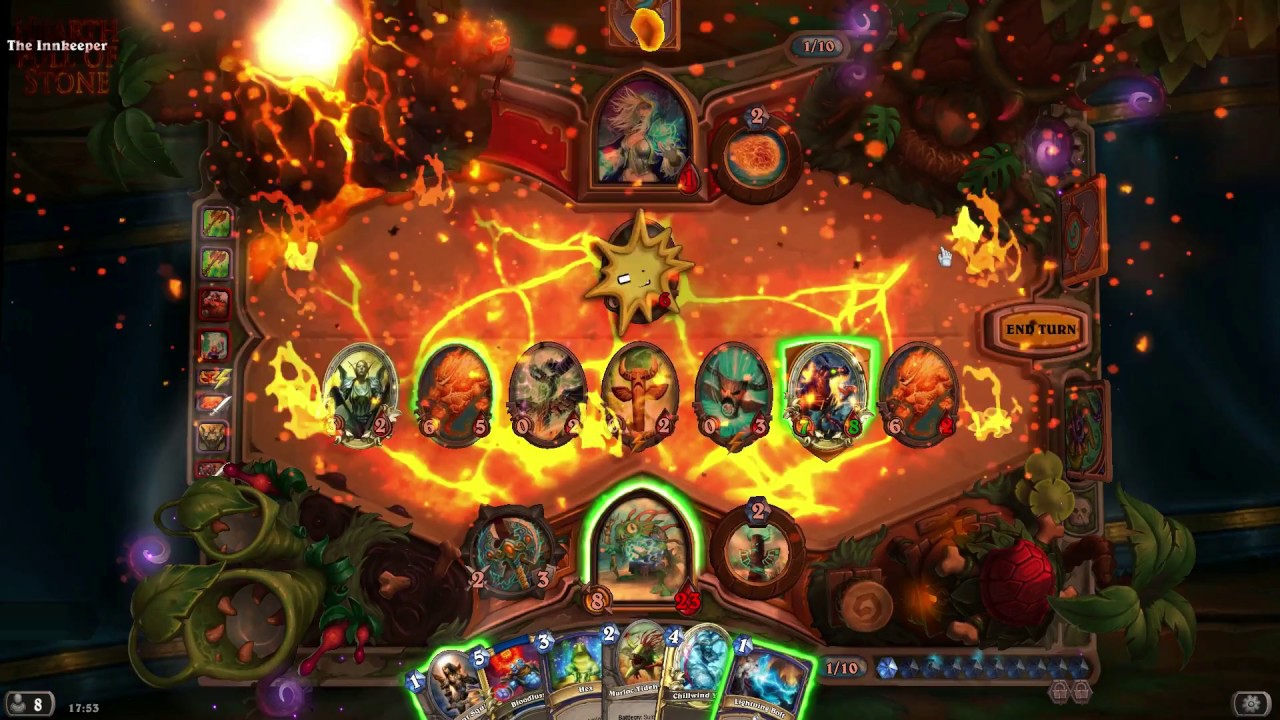 To accentuate Hearthstone’s tavern vibe and encourage players to take the fun of the game out into the real world, Blizzard developed the global “Fireside Gathering” program, which enables “Innkeepers” to coordinate gaming get-togethers at their local restaurants, student centres, hobby shops, and actual taverns and pubs. Each month, an average of 2,655 Hearthstone Fireside Gatherings take place in cities around the world, from Boston to Beijing.

At these events, players hang out, enjoy the atmosphere and establishment, and battle each other on their mobile devices in a casual competition. Special prizes are often awarded, and friendships often develop. Another highlight is that Fireside Gatherings often feature pre-release parties for upcoming Hearthstone content expansions, giving attendees a first crack at playing the newest cards being added to the game. This year alone, more than 23,000 Fireside Gatherings have taken place, with many more scheduled in cities everywhere.

As a way of commemorating Hearthstone’s 100-million-player milestone and thanking players everywhere for bringing the game to life, Blizzard is holding a special in-game event from 8th through 11th November 2018. During the 100 Million Players Celebration event, players who log in to the game will receive a one-time reward of six free packs from the most recent expansion set, The Boomsday Project. In addition, players will be able to complete a series of “Celebrate the Players” event quests to earn up to 500 gold, which can be used to acquire card packs from any set in the game and participate in the Arena mode, a fun alternative form of competition in Hearthstone.