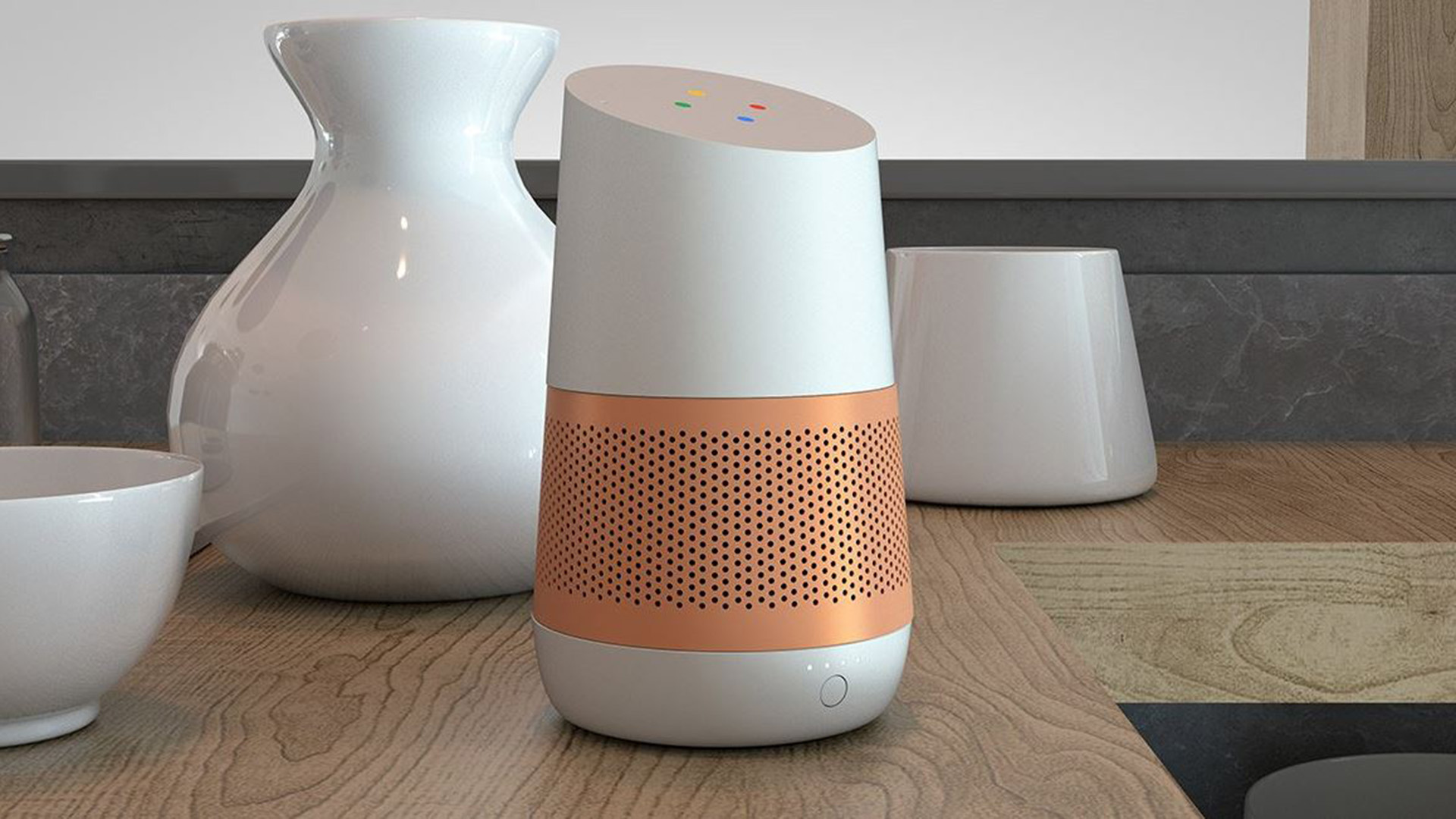 Anyone having fun with their Google Home, but missing the opportunity to take it with them or move it between rooms, may be interested in Ninety7’s Loft.

The loft is essentially a very stylish battery pack. It replaces the Google Home’s base / speaker cover.

I previously didn’t realise, but the base of the Google Homes off, exposing the device’s speakers. It is this disembodied main unit of the Home that fits snuggly into the Loft base, secured by magnets. The Google Home power cord plugs directly into the Loft for charging.

It’s probably a matter of taste, but the but I think that the Loft’s more industrial black metal finish of the carbon review unit looks a lot better than the grey cloth of the standard base unit’s speaker cover. The Loft comes in three colours: carbon, snow and copper. Whereas “addon battery pack” usually means a ghastly appendage to your device, that is not the case with a Loft. 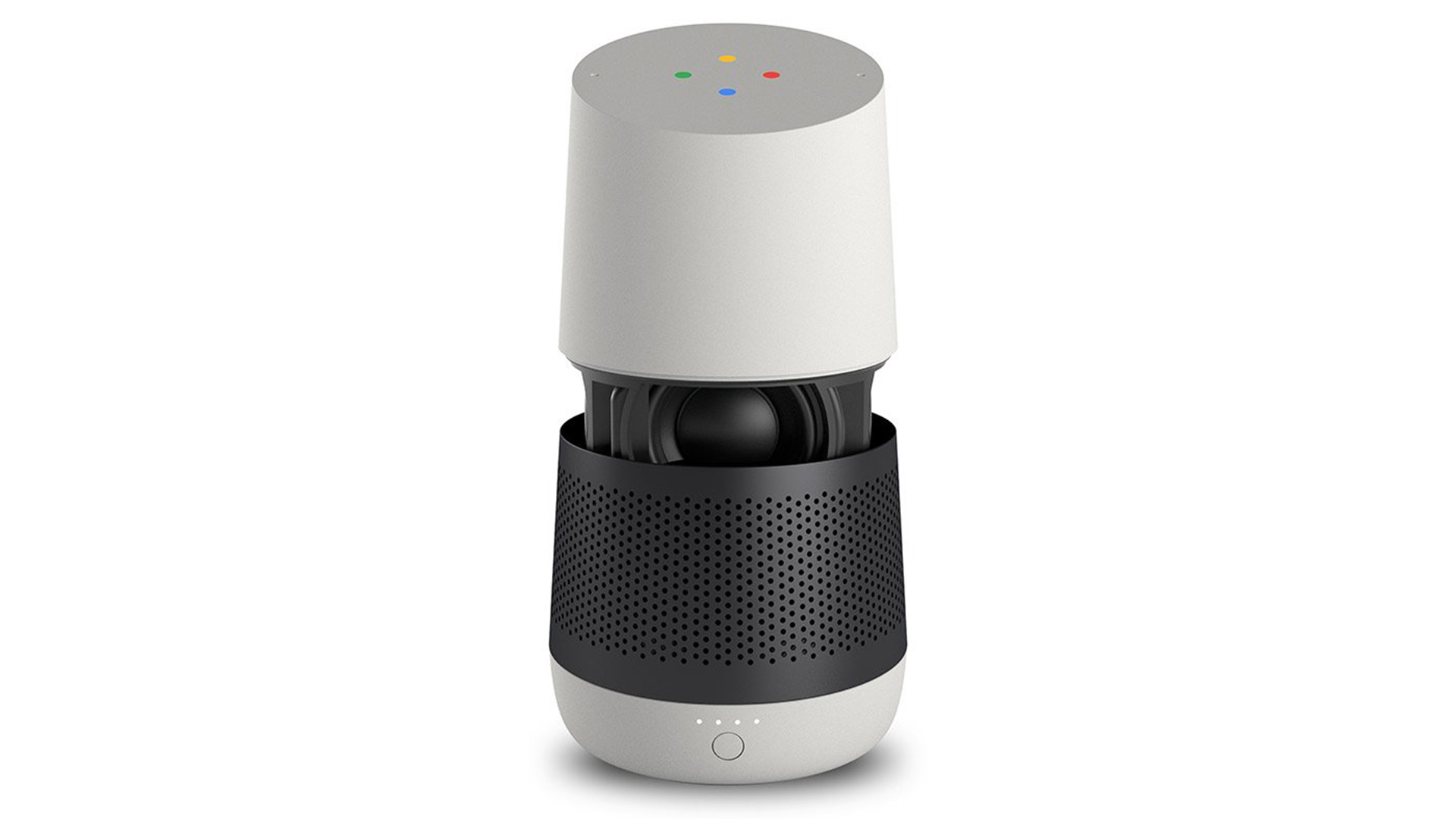 The Loft complements the styling of your Google Home, perfectly. There’s a small power button on the base and three LEDs to show the battery power level.

Just sitting around, you are likely to get around six-eight hours out of the battery. Playing music full blast, you could be looking at half that. So, don’t expect you Google Home to provide the entertainment on an extended day out.

To be fair, it’s not the sort of device that you want to be doing that with, anyway- there are other, more portable speakers for trips out. It’s a Google Home, and that’s were it is best situated. 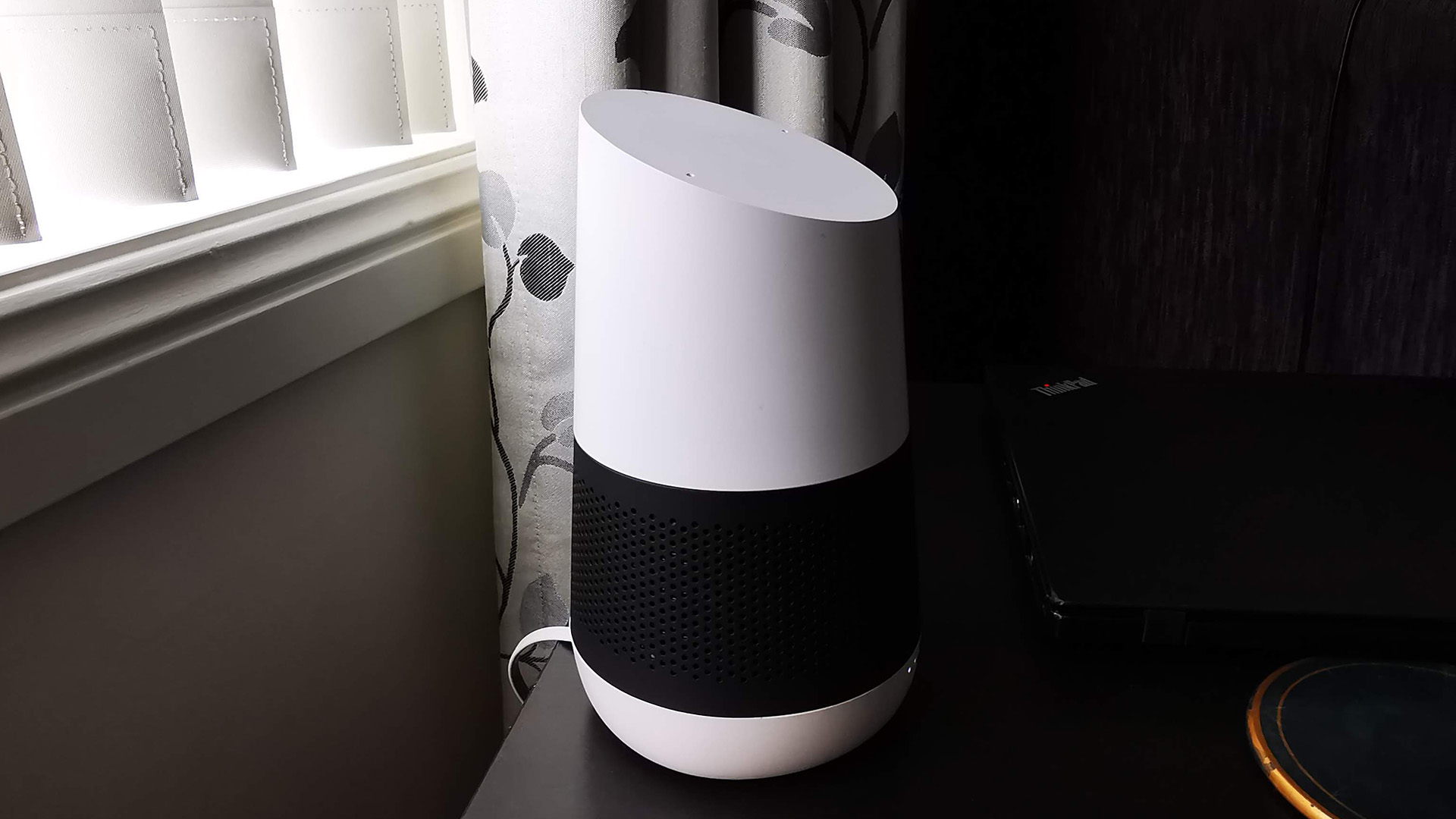 The Loft enabled me to unplug the Google Home from its usual lounge position. I could then take it into the garage or garden, all the while continuing to listen to Spotify and ask Google for answers to stupid questions.

Another surprise use of the Loft came about after being presented with the Google Home by my three-year-old, who had transported it rugby-ball style up the stairs to me. A fully charged Loft will keep a Google Home going on top of a shelf away from prying little hands.

For around AUD$70 Ninety7’s Loft adds a great deal of functionally to you Google Home. It’s functionally that you may never have thought you needed but, the portability does come in very handy. It also, in my opinion, anyway, makes the Google Home look a lot more stylish, to boot.