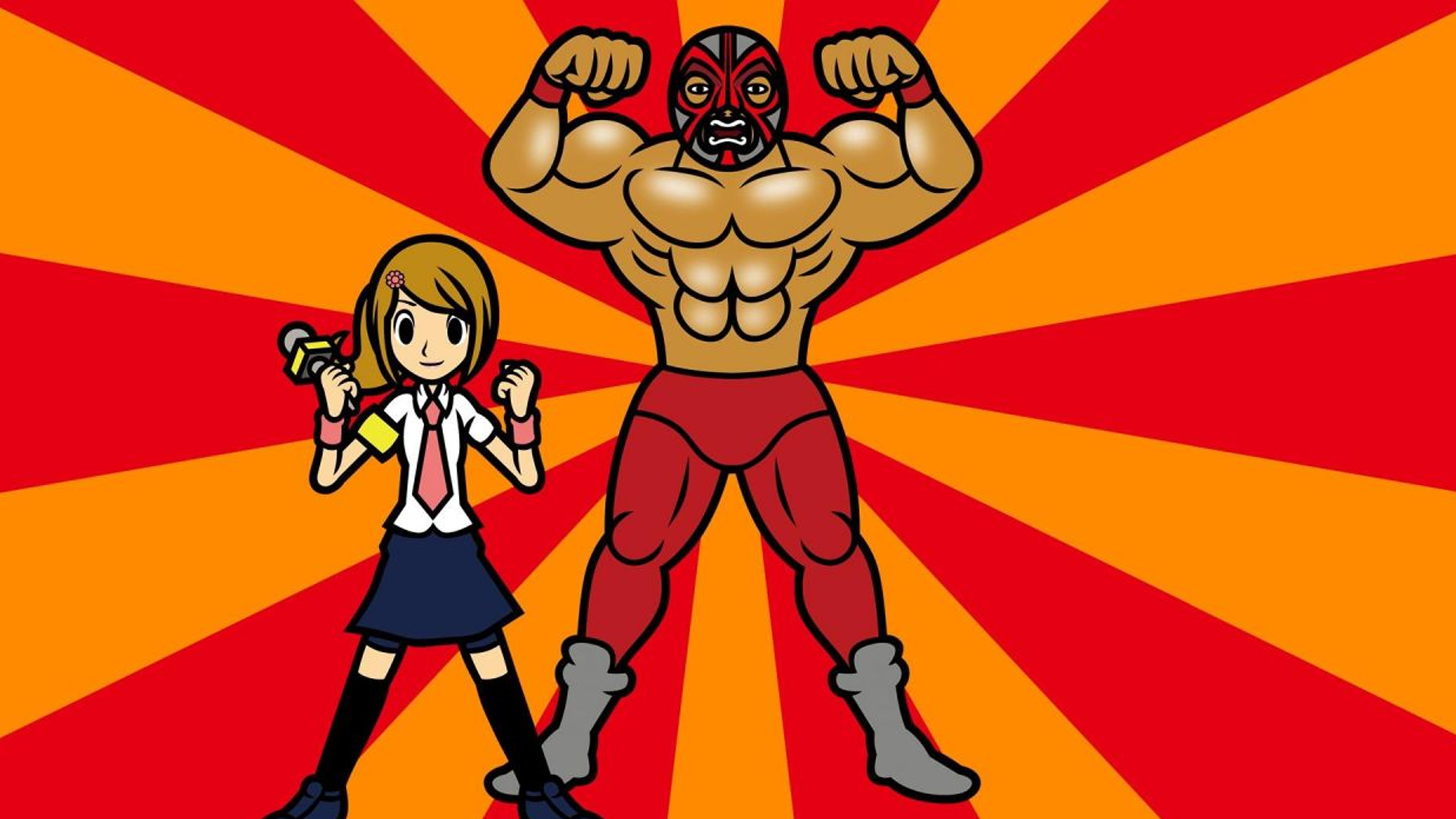 The 3DS is the home of the rhythm games it would seem and so Nintendo have decided add yet another title to the already long list of rhythm games available. This brings us to Rhythm Paradise Mega Mix.

As rhythm games go, they are usually simple in nature and don’t offer much in way of diversity. That said Rhythm Paradise Mega Mix does live up to the mega mix part of its name as it includes quite the array of rhythm mini games. I was surprised at how diverse the range of mini games are.

The rhythm games, being so numerous, did manage to be generally different from one another. Playing through the Levels and minigames it is nice to not feel you are just doing the same thing over and over again. Though not all are as fun or entertaining as others. One I found particularity gross was picking hairs from vegetables in time to a beat, while I was strangely good at this particular game, it was a bit disturbing all at the same time. Others involve thing from speaking with aliens to playing golf with monkeys. 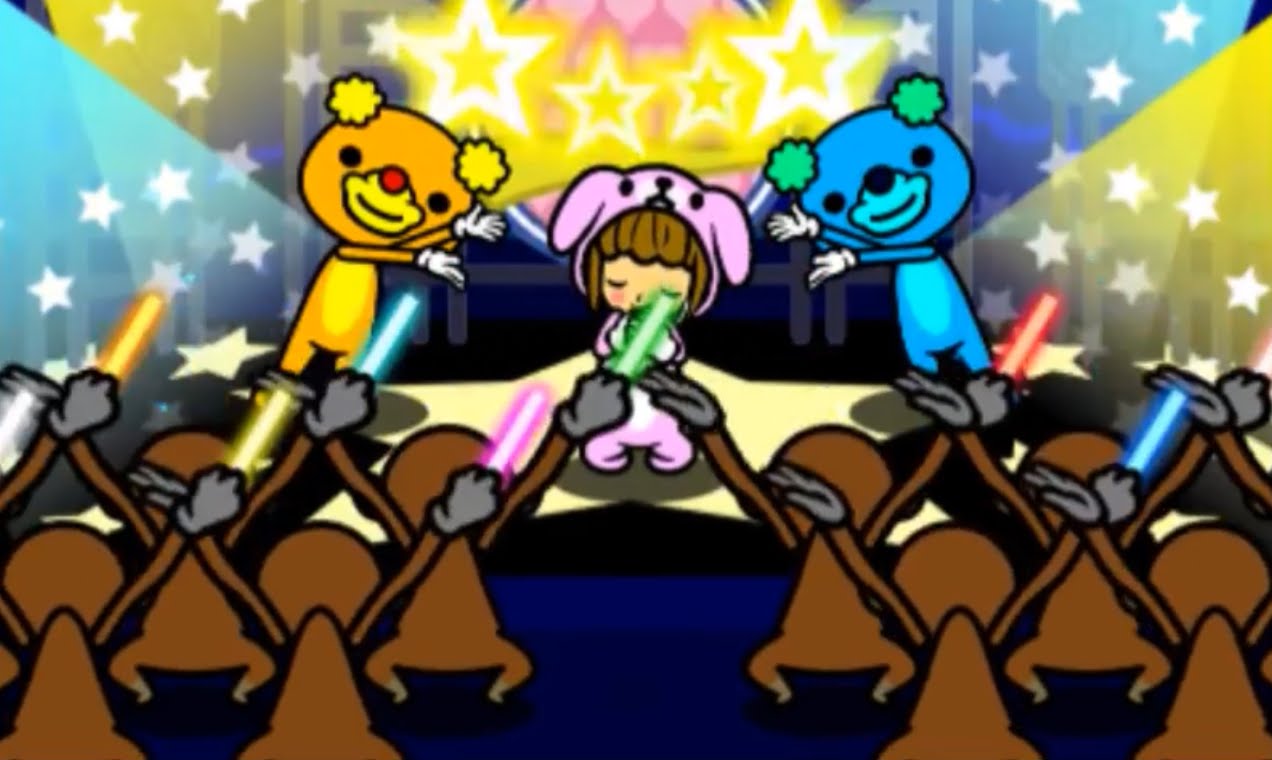 The major mechanic is to press or hold the A button at the right time but that doesn’t mean it is necessarily as easy as it sounds. For some one rhythmically challenged, such as myself, some games are certainly cause for frustration. I did find myself rage quitting at times after repeating a certain minigames just too many times. Other games however, while still being almost frustrating where just too entertaining to be down hearted about.

You play through a story of sorts. A puppy with a pink afro and bit of attitude, named Tibby, finds himself fallen out of Heaven World and so he asks for your assistance to help him get back. Apparently, the best way to get back is to find a tall tree and as the game would have it, getting him there involves regaining ‘flow’ for various odd individuals along the way to progress. Regaining flow simply means playing through the various mini games on each Level. 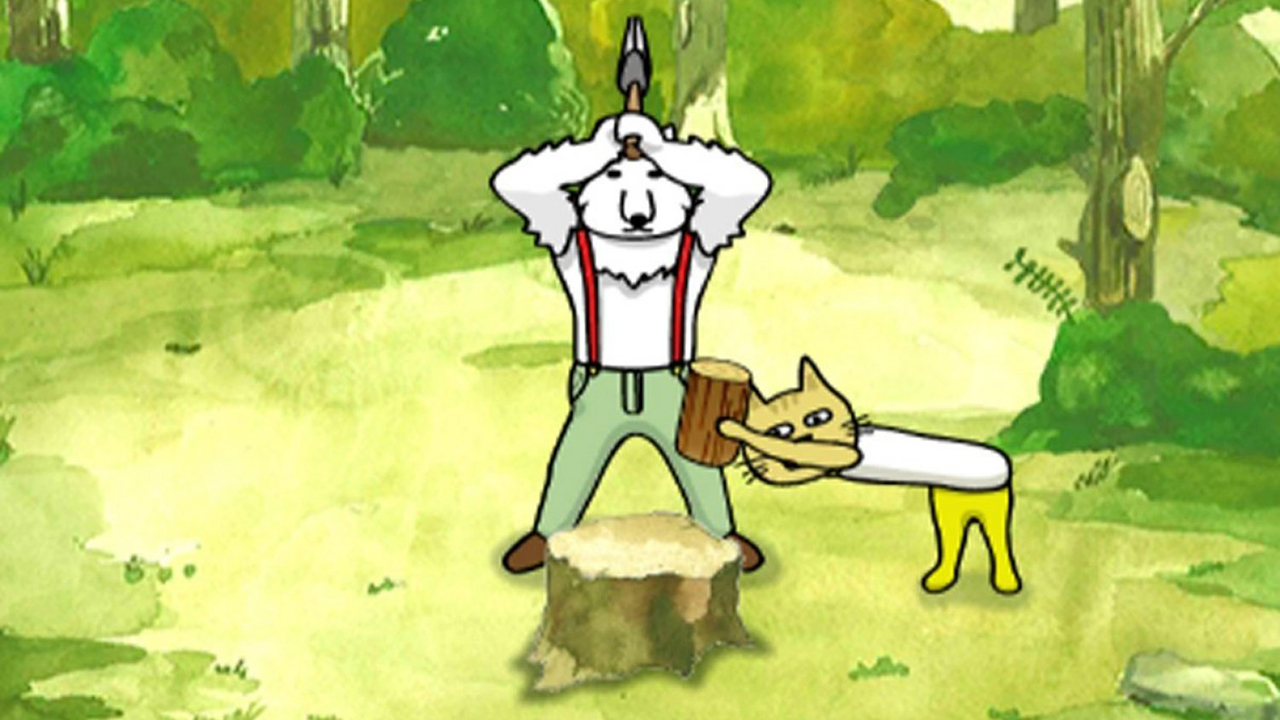 Each Level is themed, quite oddly I might add, with a whacky kitchen level to a beehive where the bees are dogs in bee suits. It becomes your task to get the flow back for these weird individuals, from strange barber to a psycho bird lady.

Being a rhythm game the music is quite a large part of what is on offer as you need to listen to it to have any success in most the minigames available. Well, it’s okay and is more about beat and tempo than the actual the music around it. The music isn’t fantastic but at least doesn’t, for the most part, get on your nerves either. 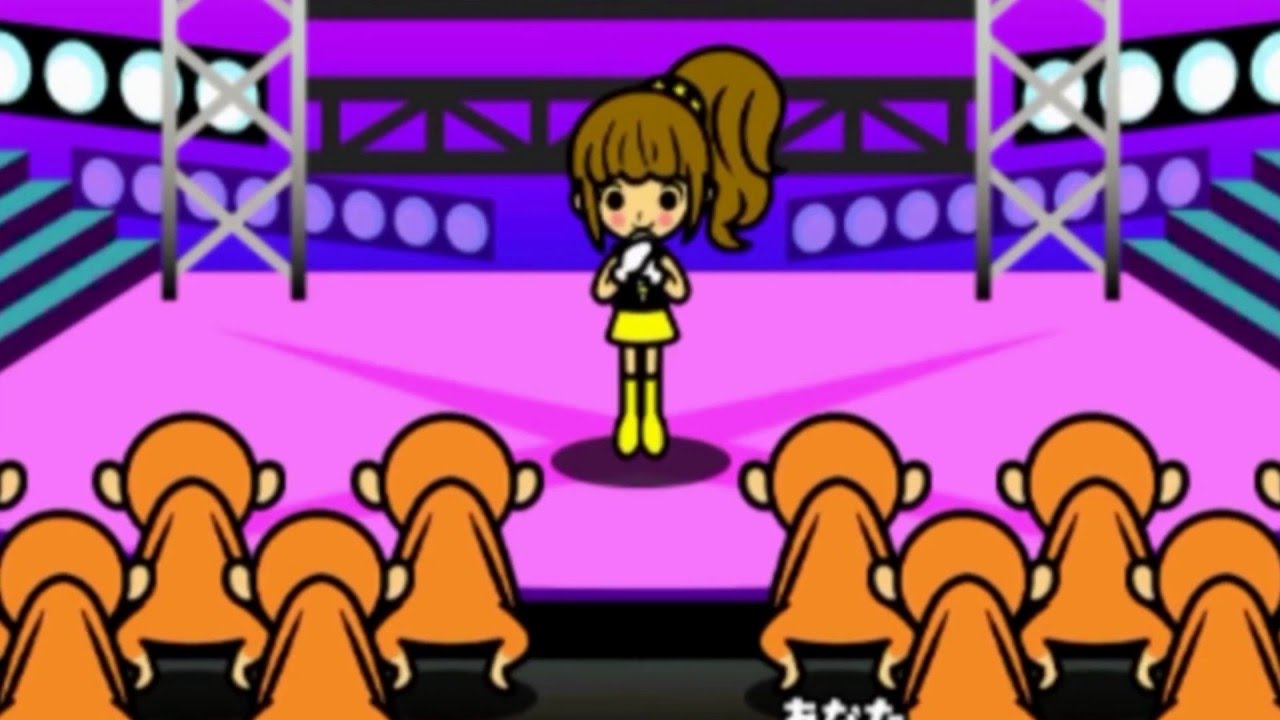 I must say, despite its childlike direction the game still holds some amusement. It holds a few quirky jokes and some self-awareness that is a game. It takes a colourful and basic art style that leaves it, for better or worse, rather cute. The levels are vibrant and the overall style is simple in nature but it works for the game in a positive way.

Rhythm Paradise Megamix is a colourful and cute rhythm game that is both fun and entertaining. It does have moments where a bit of perseverance is needed but it’s overall enjoyable. If you happen to be a fan of the genre I can safely recommend this one.