A.O.T. Wings of Freedom Goes Beyond the First Season 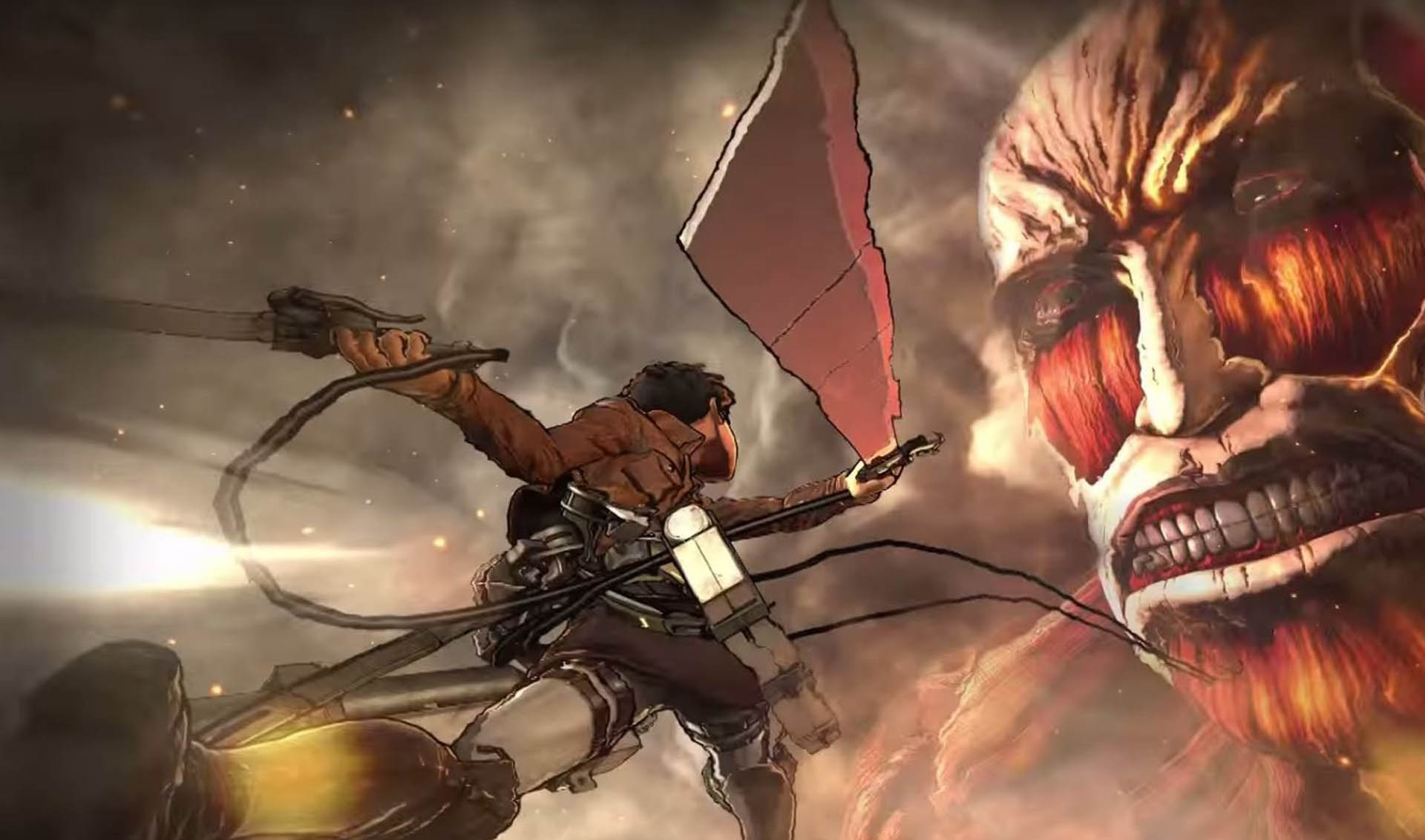 Home
Video GamingNews & Features
Koei Tecmo  has confirmed to us at StG that the narrative (story) within A.O.T. Wings of Freedom will extend beyond the events of the first season of ‘Attack on Titan’. A brand new launch trailer (above) has been revealed alongside the announcement in anticipation of the upcoming release of the fast-paced action game based on the hugely successful manga and anime series ‘Attack on Titan’.
Showcasing the Scout Regiment as they repel the fearsome Titans threatening humanity, the launch trailer for A.O.T. Wings of Freedom officially reveals that players will be able to play beyond the end of the show’s first season via extra game-exclusive missions! Capturing intense, action-packed combat and impressive attack moves, the launch trailer reveals two sinister new types of Titans for players to take down.
The Armored Titan, a 50 foot tall behemoth with immense strength and speed can destroy anything in its path, and the monstrous Beast Titan is a gigantic ape-like creature that uses immeasurable amounts of force to crush its foes! These extra missions offer additional high-octane battles and exhilarating action within the ‘Attack on Titan’ universe.
A.O.T. Wings of Freedom will release on the 26th August 2016 for the PlayStation 4 and Xbox One, as well as digitally for the PlayStation 3 and the PlayStation Vita and also Windows PC via Steam.
What’s your Reaction?
+1
0
+1
0
+1
0
+1
0
+1
0
+1
0
Facebook Twitter Email