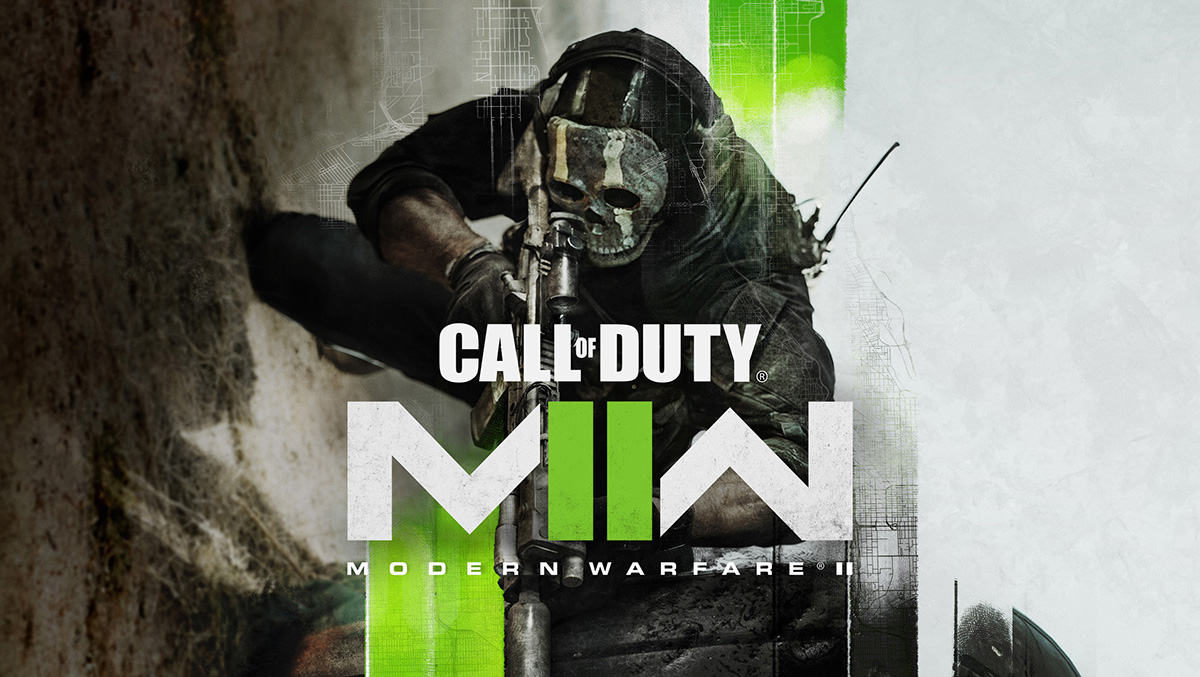 Call of Duty Modern Warfare 2, as is the way with most of the games in the long-running first-person shooter franchise, is split into two parts.

First, there’s the cinematic single-player campaign, and the competitive multiplayer modes. Activision provided me early access to the campaign for a review.

This is probably the most ambitious Call of Duty campaign in years. It’s also the most unforgiving, and that may be a problem for some players.

Call of Duty Modern Warfare 2 is another game developed during Covid. It’s likely the way the development teams worked on the game remotely that makes the campaign feel a little less focused than in the last Modern Warfare. That’s not to say it isn’t good, it’s perhaps one of the best campaigns in years. It’s far better than Vanguard’s campaign and that of the last Black Ops. 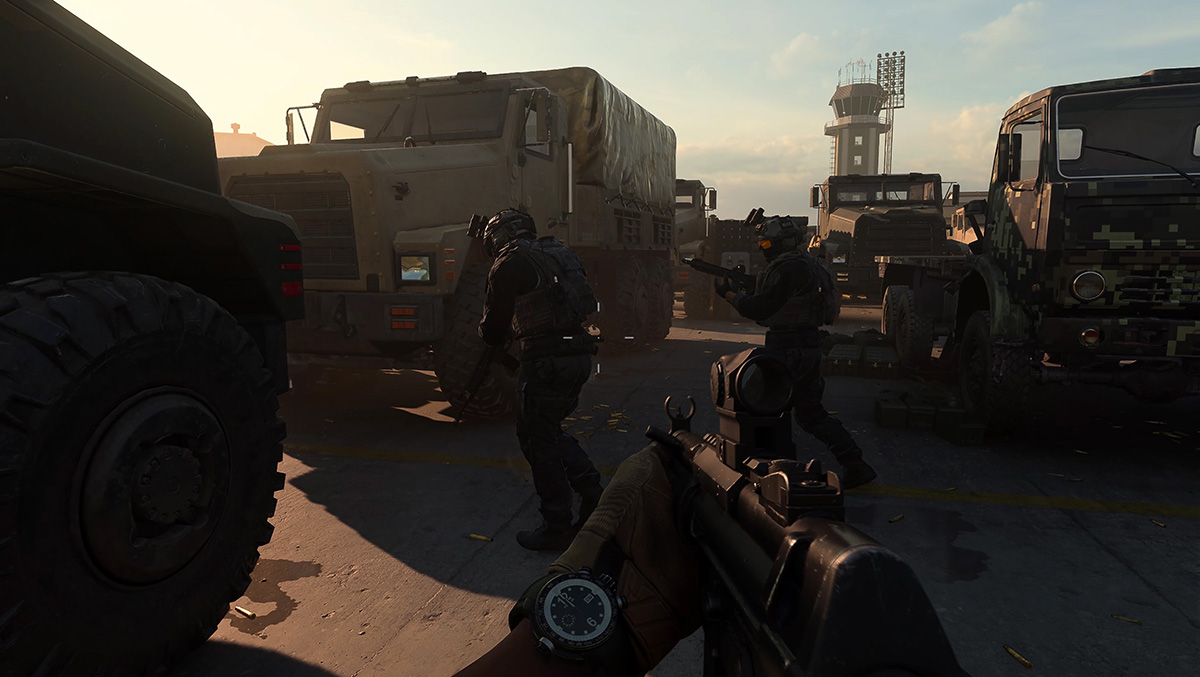 The plot is as engaging as any blockbuster action movie. The globe-trotting adventure starts with Ghost and Soap leading a company of US Marines to capture Russian-backed Iranian Major Hassan Zyani in Al Mazrah. Whilst Hassan escapes, the team discovers that the Iranians are in possession of an American-made ballistic missile. The action switches to Amsterdam where Price and Gaz discover that Hassan is in Mexico, being sheltered by his allies, the Las Almas cartel. 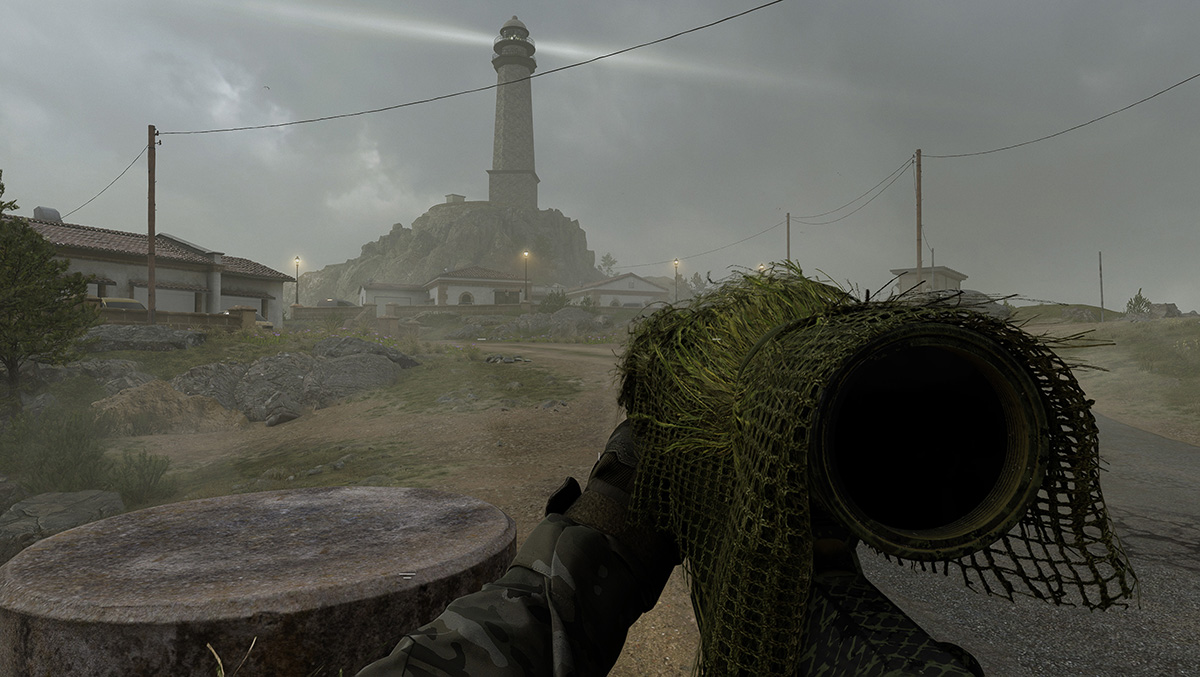 The game jumps about between the teams following leads that take them to Mexico, Spain, Urzikstan, an abandoned oil rig in the Gulf of Mexico, ending with an epic showdown in Chicago. The game nicely sets up the next chapter with a call-back to the original Modern Warfare games.

The story is epic and rivals anything Hollywood turns outs. The cinematic CGI cutscenes are approaching photo-real and blend almost seamlessly into the gameplay. The character performances are superb, both in the cinematics and during the game.

The environments and lighting are also superb. The level of detail is phenomenal, with the graphics looking almost real. It’s shame that most of it goes past as just a blur as you try to stay alive against the odds.

The PC performance was without fault. Implementation of Nvidia’s DLSS kept my framerate high even in 4K with all the bells and whistles turned on. I did have a few games crash on me. I’m pretty sure it’s not the PC configuration, although I am running a new Intel i9-12900K that hasn’t been installed for long. 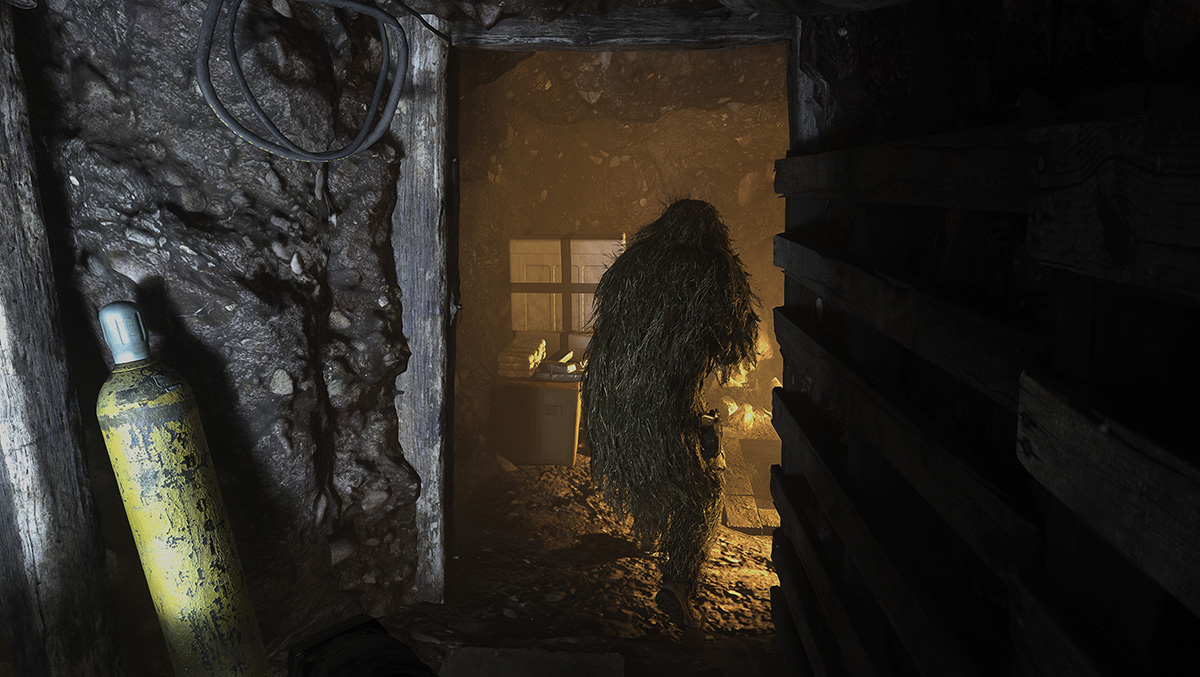 A bit more technological horsepower has enabled the developers to spread their wings a little. Many of the environments have been opened up, giving players more choices in what strategy they want to employ. This freedom also hands players enough rope to hang themselves with. The result for some of the levels is a hybrid of open-world and corridor shooter, and this might not be what players are expecting, or want, from a Call of Duty game. It’s easy to get lost, flanked, and totally surprised by the enemy. To be fair, it’s a lot more realistic, but it also increases the difficulty considerably. The game will likely not make you feel quite the one-man army that the previous games would have you believe.

I usually run through Call of Duty campaigns on the regular difficulty for the review and the harder settings for subsequent playthroughs in my own time. Having already played a mission usually offers a significant advantage the second time around. I feel that with Modern Warfare 2 this will not be the case, as the harder difficulties don’t let you get away with being such a bullet sponge.

By and large, Call of Duty campaigns tend to be shooting galleries. We’ve had the odd C130 support mission to break things up, but generally you are on the ground following a fairly well-defined path through a combat zone to the next batch of bad guys. 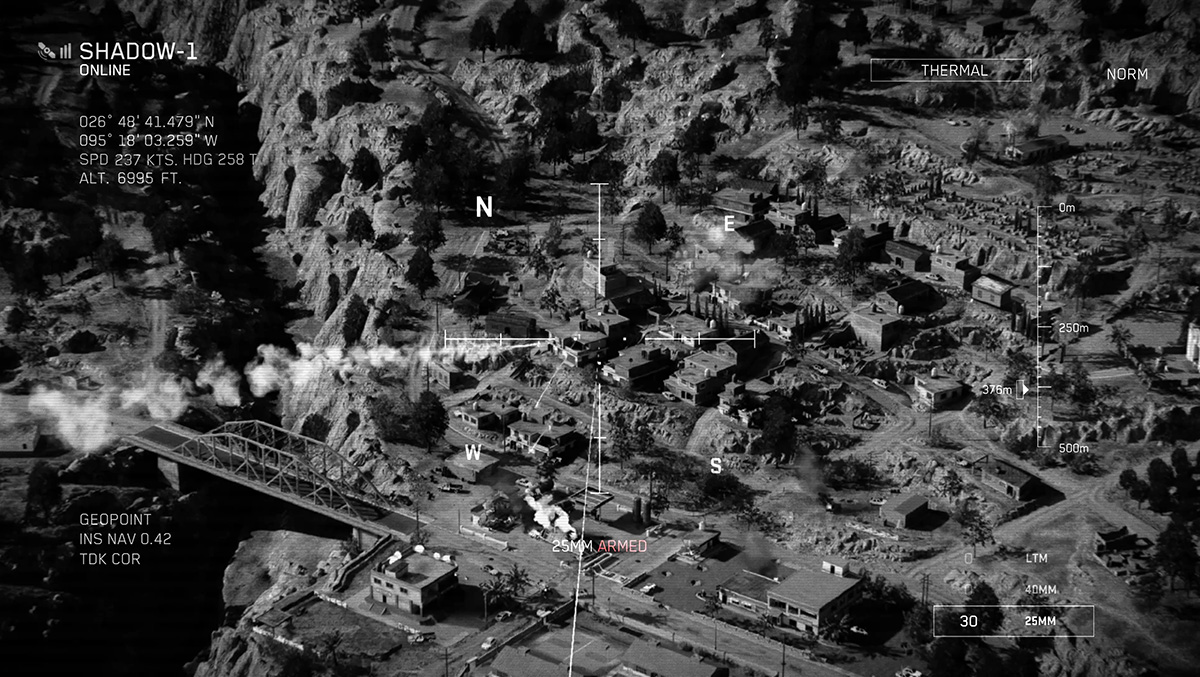 The developer has peppered the campaign with several different environments, gameplay mechanics, and set pieces, some we’ve seen before and others we have not. Even so, I don’t recall previous games having quite as much variety or straying as much from the usual Call of Duty formula.

After a scene-setting interactive prelude, the game opens with a huge environment in Iran that also features multiple house-clearing sequences that rival the acclaimed “Clean House” mission from 2019’s Modern Warfare. Then we have a nice throwback to the classic “All Ghillied Up” mission from the original MW, with Price and Gaz picking off the enemy inside a Spanish fishery.

Fans of aerial support will be pleased to know that they get to rain hell from above supporting the ground team with missiles and cannon fire from a Shadow Company AC-130 plane. Following laser pointers and avoiding the IR strobes of the blue team, players get to unleash 25mm and 40mm shells, as well as low-trajectory missiles whilst complying with orders and the rules of engagement. I found this sequence worryingly satisfying, to be honest as I watched Mexican cartel members getting vaporised, below. 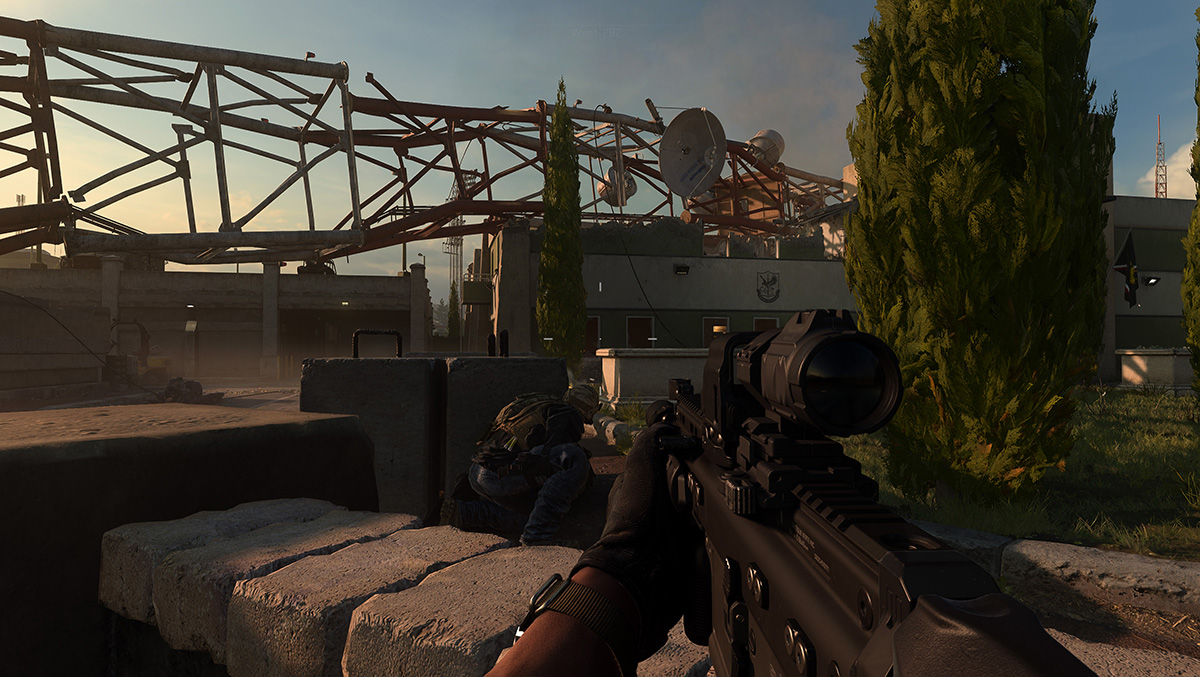 There’s a notable sequence on board a ship in a storm. Containers and cargo are sliding across the deck during a gunfight. Players must not only avoid enemy fire but also avoid getting crushed by huge cargo containers, all the while trying to return fire between obstructions. It’s a set piece that rivals those of Naughty Dog in their Uncharted games.

Another set-piece straight out of Naughty Dog’s playlist is a driving sequence that has players controlling Gaz as he makes his way through an enemy convey. He must leap between and hijack trucks whilst returning fire and avoiding land mines. It’s a crazy mission that defies belief, but excellent heart-in-mouth stuff.

Modern Warfare 2 also tries out some new ideas that may be a bit polarising. Making his way through a Mexican town that’s under siege, unarmed and injured, Soap must gather resources to fashion makeshift weapons and equipment whilst avoiding heavily armed forces. This is a stealth mission that is quite the opposite of the run-and-gun tactics that these first-person shooters are infamous for. Again, the play area is vast, offering lots of tactical approaches, and an equal number of opportunities to fail. 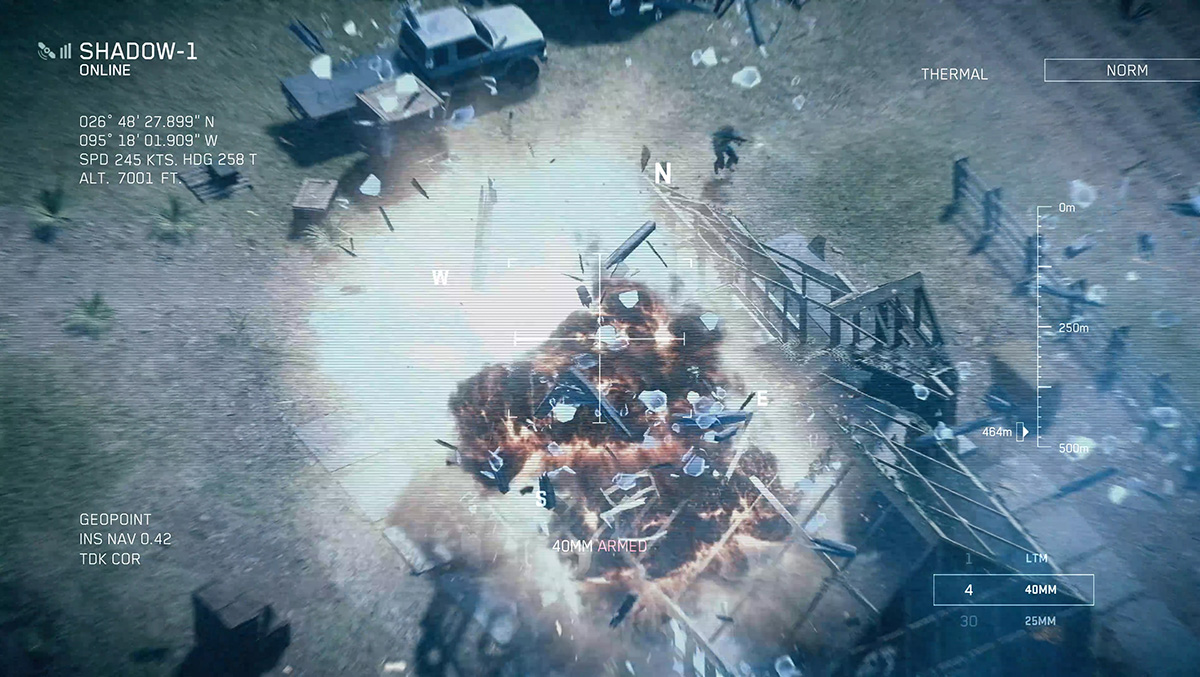 Whilst still an action-adventure tale like that of a AAA Hollywood movie, with its fair share of unbelievable moments, I found the Call of Duty Modern Warfare 2 campaign to be more grounded than previous efforts. There seems to be a lot less scripting in some of the enemy behavior, sometimes making them react differently. There seems a certain randomness that other COD games haven’t had before. Add in the open environments and you have a Call of Duty game that I found a lot less forgiving than in the past.

Whilst I welcome any evolution of the Call of Duty gameplay and celebrate the developers for trying new things, the game is not supposed to be ARMA. It’s a COD game and, perhaps sometimes the player could do with some better pointers to avoid frustration. Don’t get me wrong, occasionally Captain Price or another character will dish out some advice when you are off track. But there were times when I was wondering what on Earth I was supposed to be doing, whilst copping fire from an enemy I couldn’t avoid. I’m pretty sure it was 100% luck that allowed me to progress in the end.

Overall, I think that most Call of Duty Modern Warfare 2 players are going to love the campaign. It is a bit different and doesn’t hold your hand perhaps as much as in the past. They’ve tried a few new things that, by and large, work well. Some of the missions are a bit unforgiving which may make them less appealing for a replay. The last Modern Warfare set the tone of the series and whilst this one lives up to it, I’m not sure that it quite surpasses it. 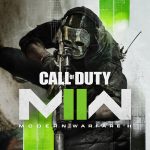 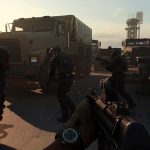 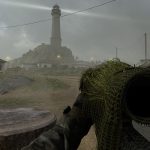 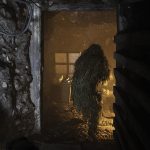 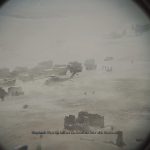 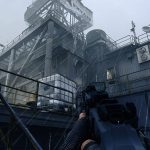 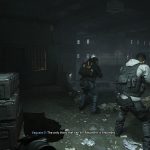 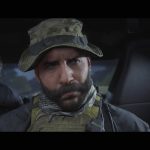 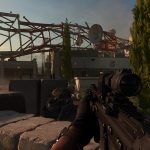 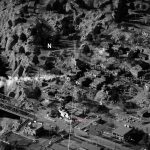 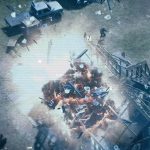