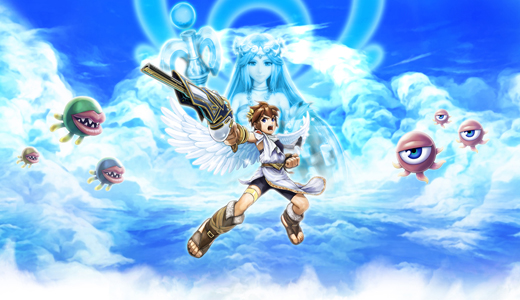 He’s taken flight from the 8BIT world and exploded onto 3D.

Kid Icarus, a Nintendo Classic from the SNES days drew a large and loyal fanbase.

In this iteration you assume the third person role of Pit, an angelic warrior, on the quest to save the world from the dark clutches of a reborn Medusa. 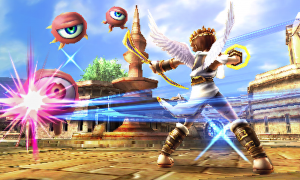 Gameplay varies from free roam ground travel and combat to airborne battles and flight based stunts and manoeuvres.

Guided and aided by Palutena, who does offer some good tips and info also gets abit annoying and you do begin to wish to you could turn off the banter between her and Pit after a while.

Harnessing the ‘Power of Flight’ you are determined to vanquish Medusa’s Underworld Army. Likewise, Medusa is hell bent on crushing mankind and creates a dark version of Pit, unsurprisingly called ‘Dark Pit’. He was created by Pandora, the Underworld Commander, using an ancient Mirror of Truth artifact.

However, as with all dark creations, not all goes to plan, the Mirror breaks and Dark Pit does not ally with anyone. Free to his own will, Dark Pit can be another thorn in your side.

Not too far into play, it is revealed that Medusa, although difficult enough to conquer was not really your intended enemy, but more of a smoke screen from the Lord of the Underworld, Hades.

Eventually things really go dire when you have three forces against you, including an Alien race!

Wiping out human armies with 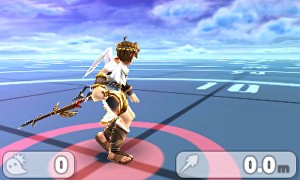 devices called ‘Reset Bombs’ mankind has no defences, no hope, except for you.

There is a lot, to understate, of combat. Pit uses his bow, first and foremost but also acquires further resources such as such as varied bows, claws, blades and more. Each one with their ups and downs.

Collecting hearts from those that you defeat allows you to ‘bet’ these hearts in a relatively confusing (at first) sub menu. Betting these hearts has the potential to increase the intensity of a Level.

Completion of each Level reaps rewards, usually, and the rewards gained are reflected by the intensity setting. So the more difficult a Level is the more you earn at the conclusion of it.

Longevity of Kid Icarus: Uprising has to be the highest of all ‘mobile games I have ever experienced. Frikkin’ hard in places, this title will beat you more than you can beat it. Extensively long as you work through the story, you really get gameplay for your buck. 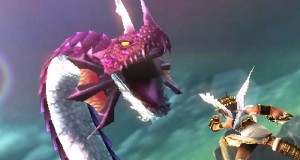 As if the main story was not enough, Multiplayer for upto 6 players also features by way of either Death Matches or Free-for-Alls, either locally or via Wi-Fi.

When you first begin with Uprising, like me, you will probably find game controls tricky. If you have a Circle Pad Pro, use it! If you do not and are considering this title, get one at the same time.

While the game is pre-packed with a 3DS table-top stand, this is not going to aid your controlling frustrations when you’re on the go.

While main controls are stock standard, it’s the moving of the camera, which you will constantly need to do both on ground and in flight to aim correctly and check your surroundings, you need to use the consoles stylus in order to pan the camera.

Nursing the controller in your 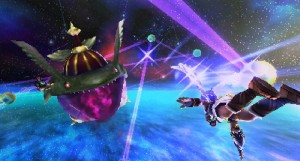 hands, moving Pit around with the joystick, all the while completing combat with the four buttons aaaaaaaaaaand controlling camera pan with a stick… yeah, bloody difficult.

Get a Circle Pad Pro for this one.

Kid Icarus has been around since the late 1980’s, and after a couple of stints on the Wii, has found his wings on the 3DS. A must have, must play title, whether you are familiar with the franchise or not. 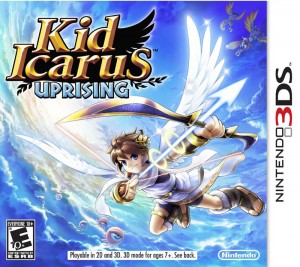