COLD CHISEL RELEASE NEW SINGLE ‘GETTING THE BAND BACK TOGETHER’ 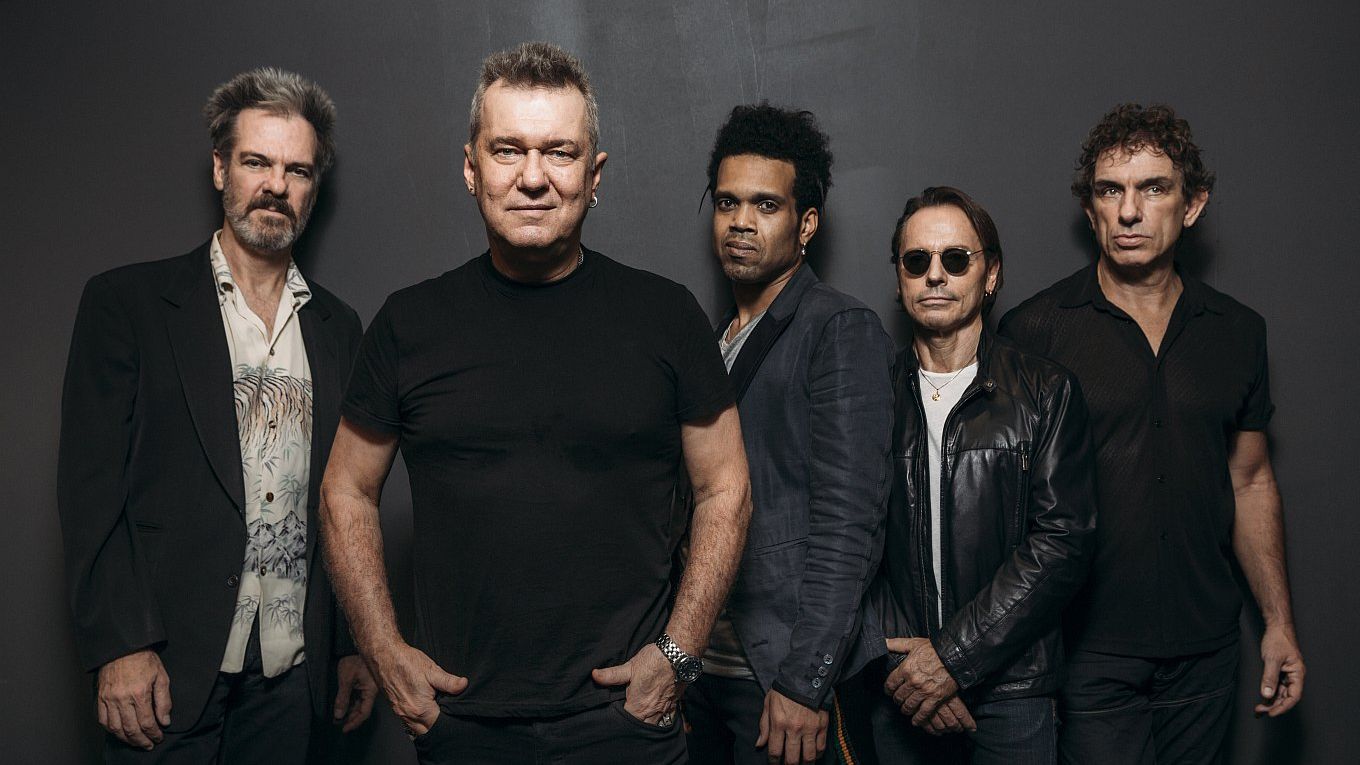 Cold Chisel premiered their new single, ‘Getting The Band Back Together’, on all Triple M stations this morning, as the climax of the rock network’s month-long “Oztober” celebrations. The single is now live across Spotify, Apple Music, iTunes and other digital service providers. The video for the single has also gone live everywhere.

‘Getting The Band Back Together’ is written by the band’s primary songwriter Don Walker and is a tongue-planted-firmly-in-cheek take on the concept of a band reuniting for some gigs as Cold Chisel will do this summer for their massive Blood Moon Tour 2020.

The single is produced and mixed by the band’s long-time producer Kevin Shirley and features Jimmy Barnes and Ian Moss trading lead vocals, in the mode of Cold Chisel classics like ‘Bow River’ and Saturday Night. The song is accompanied by a video directed by the band’s long time videographer, Robert Hambling and is the first single to be lifted from a brand new Cold Chisel studio album called Blood Moon which is set for release on Friday, 6 December 2019. 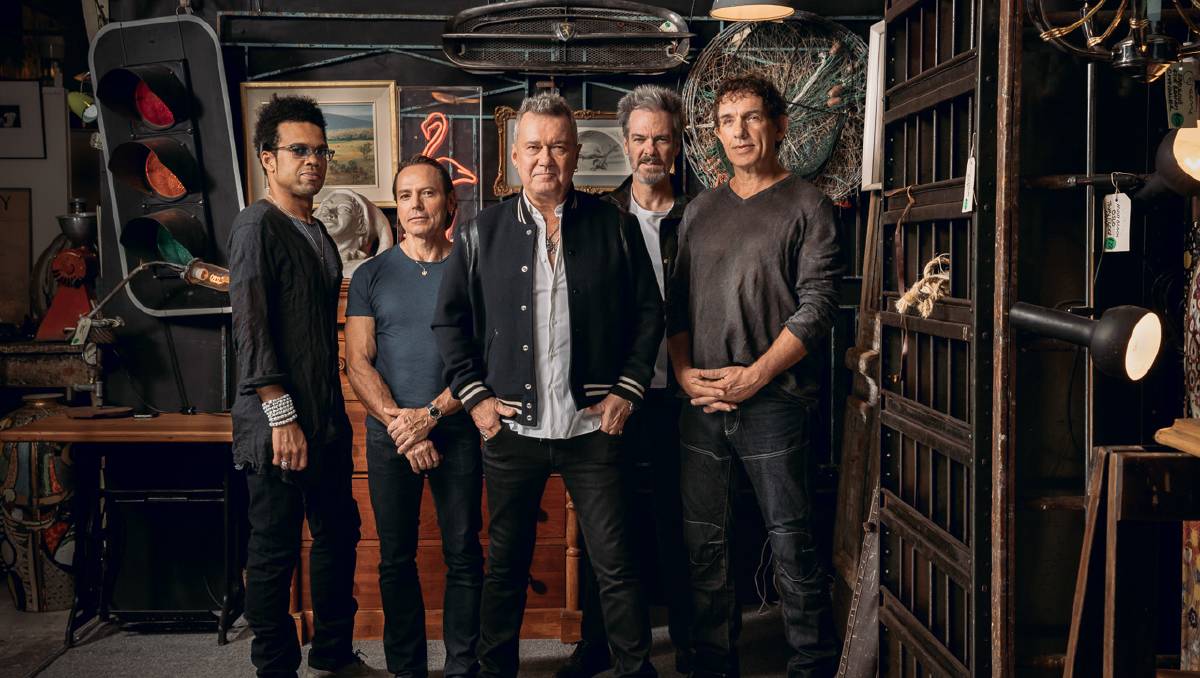 “’Getting The Band Back Together’ seemed like the right sentiment to accompany the tour but the album itself has a lot of songs that are darker than that, and a few quieter ones too,” said Don Walker. “It’s great to still be making new music and finding new ways to do it after all these years.”

Fans can pre-order and pre-save Blood Moon from 1st November 2019, across a myriad of different formats – including Deluxe CD (with bonus DVD), standard CD, Blood Moon-coloured vinyl, an extremely limited Cassette (yes, cassette) and all digital formats. The first 100 cassettes pre-ordered on the band’s D2C store will be individually numbered and all proceeds from the sale of these will go to Foodbank to assist them in providing food for 815,000 Australians each month.

Foodbank is Australia’s largest food relief organisation, operating on a scale that makes it crucial to the work of the front-line charities who are feeding vulnerable Australians. Foodbank will be further supported in various ways throughout the Blood Moon Tour 2020 including by way of special auction items and fundraising collections at each venue on the tour. 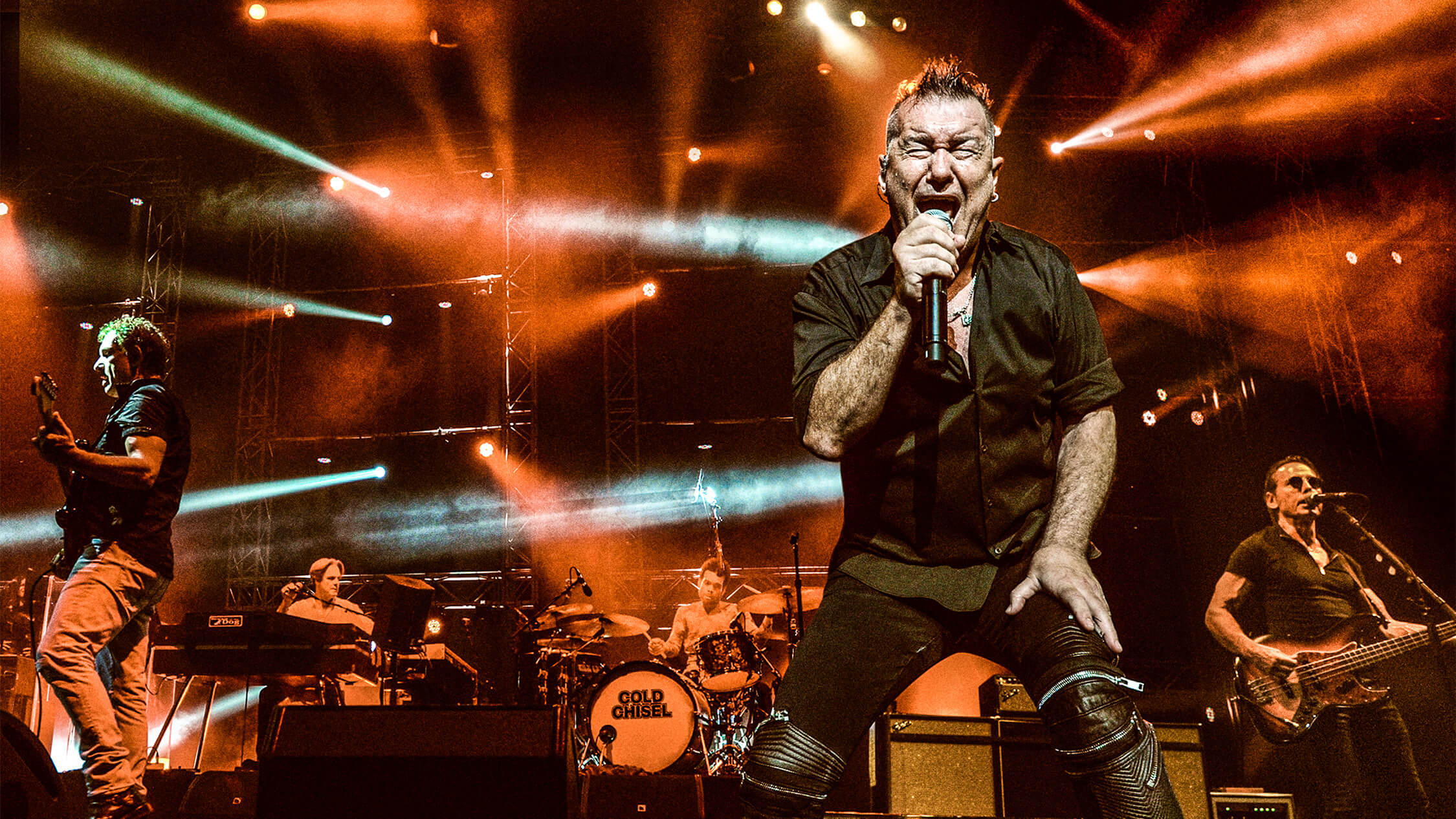 Tickets to “Blood Moon Tour 2020” went on sale last week. An incredible 150,000 tickets for these special outdoor summer gigs have already been sold around Australia / New Zealand with A Day on the Green shows at Queensland’s Sirromet Wines (1st show) and Victoria’s Mt. Duneed Estate already sold out with only a handful of tickets left for the Rochford Wines and Heifer Station in Orange, NSW dates.

Tickets to all remaining shows on the tour are selling EXTREMELY fast so fans wanting to catch the iconic band on what’s likely to be their final major tour should act fast before they’re all gone.

The news that the iconic band will be heading out on their first ever summer, outdoor tour has also kicked The Best of Cold Chisel – All for You back into the Top 40 on the ARIA Album Chart, over 8 years since it was released.

Fans are reminded to only buy tickets by following the ticket links listed below. People who choose to ignore this clear advice and who instead use search engines like Google to find tickets typically get steered to unofficial reselling sites like Viagogo that often lead to rip offs.

“The Blood Moon Tour 2020” is presented nationally by Triple M and MAX in association with Foodbank. ‘Getting the Band Back Together’ is out now. Blood Moon is released on the band’s own label via Universal Music on Friday, 6 December 2019.